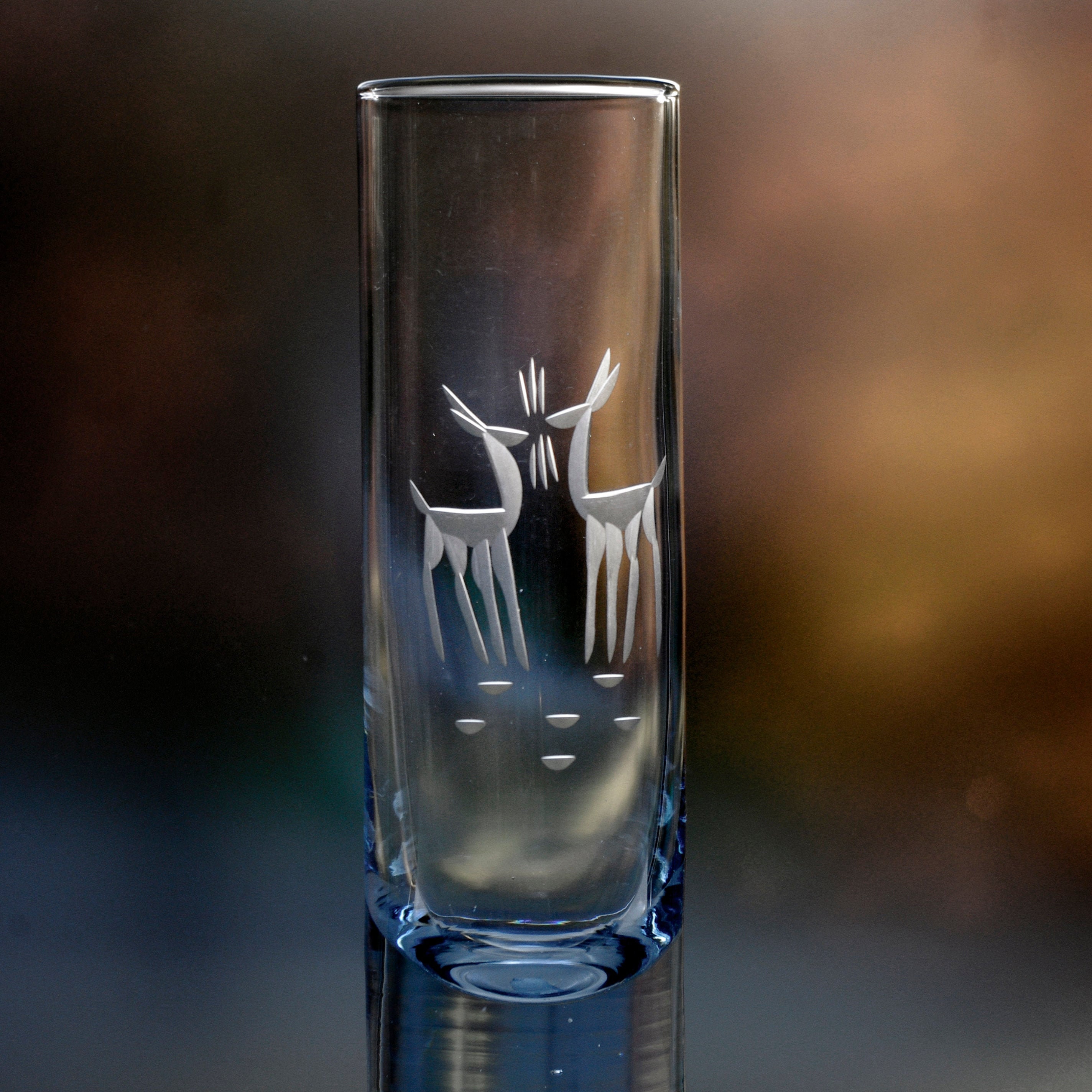 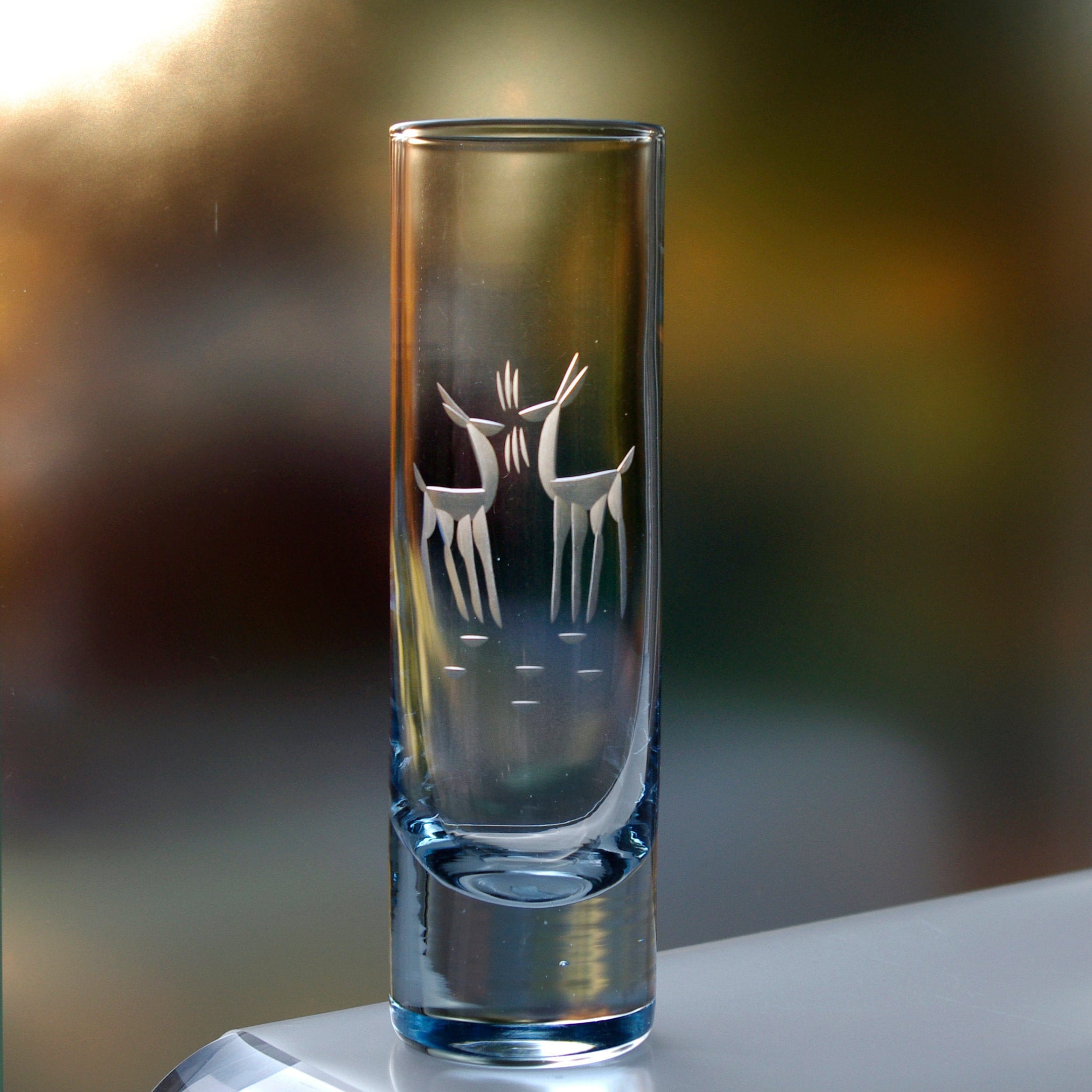 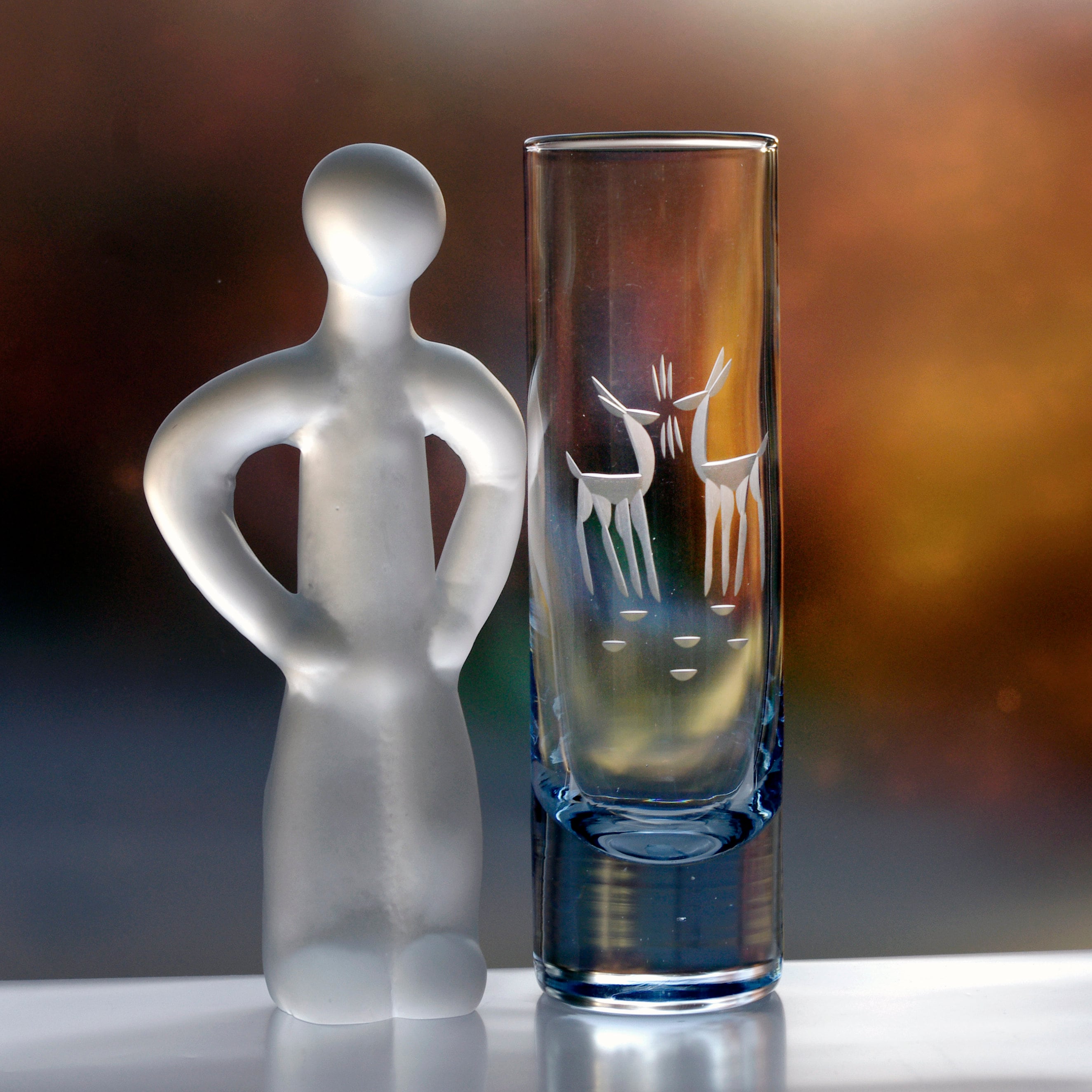 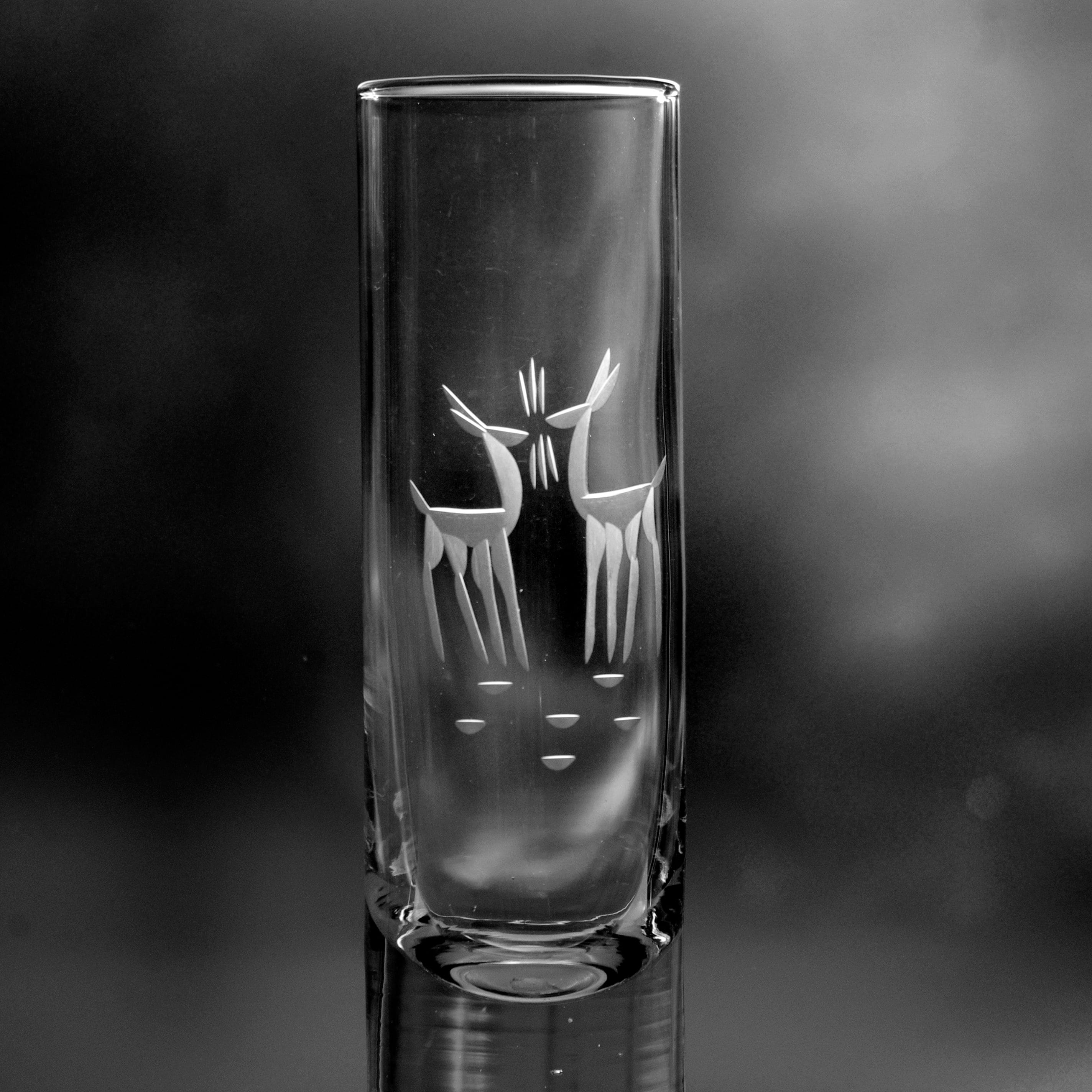 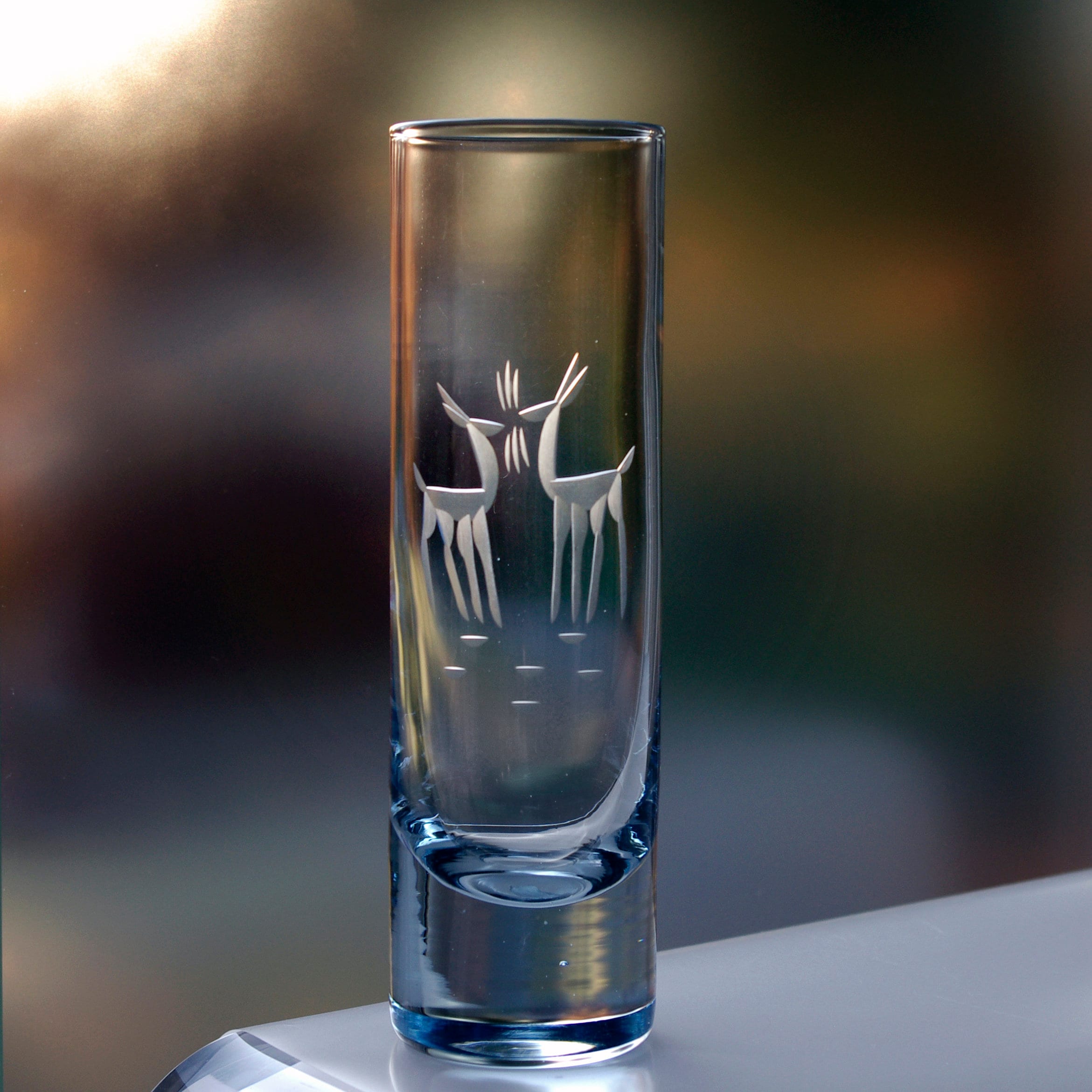 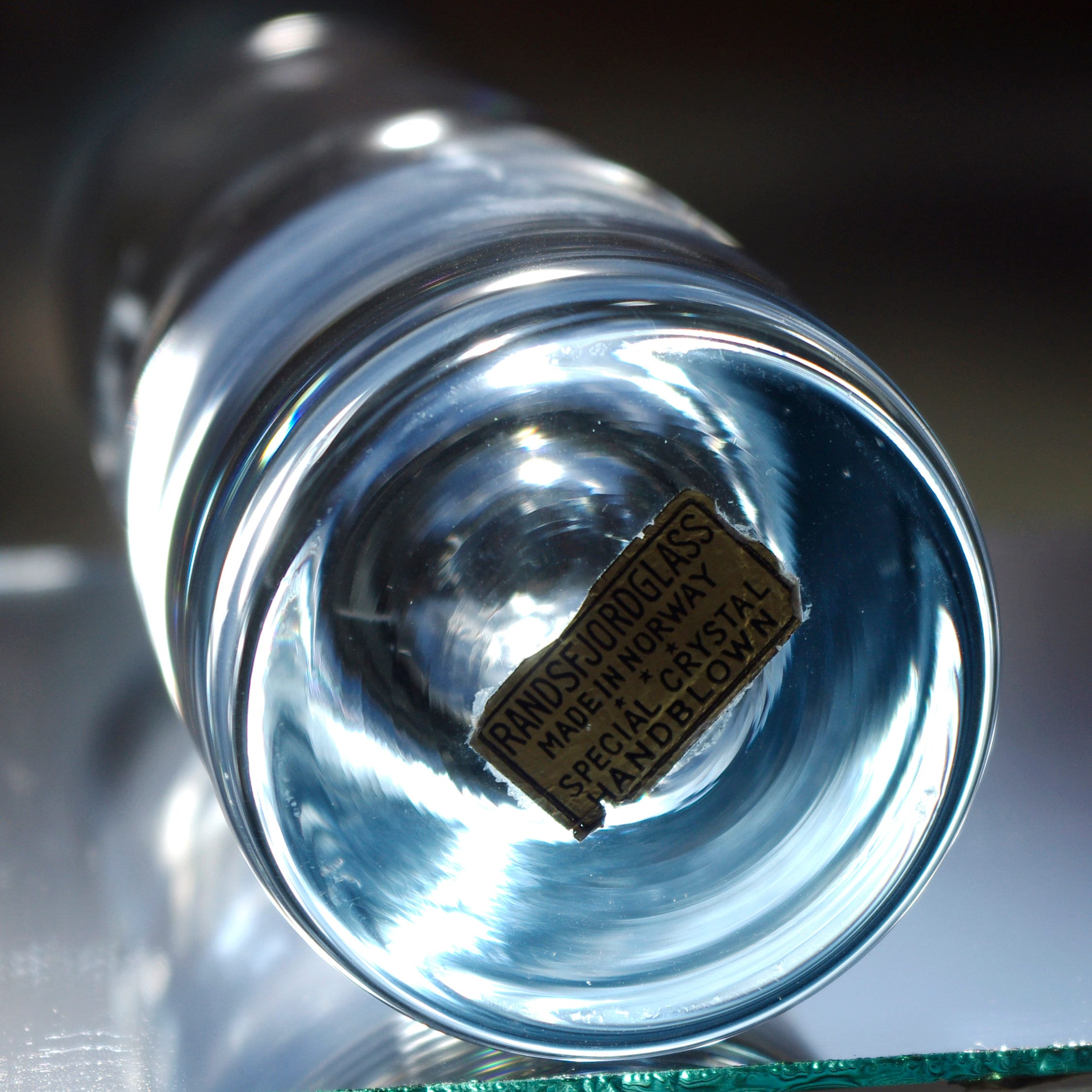 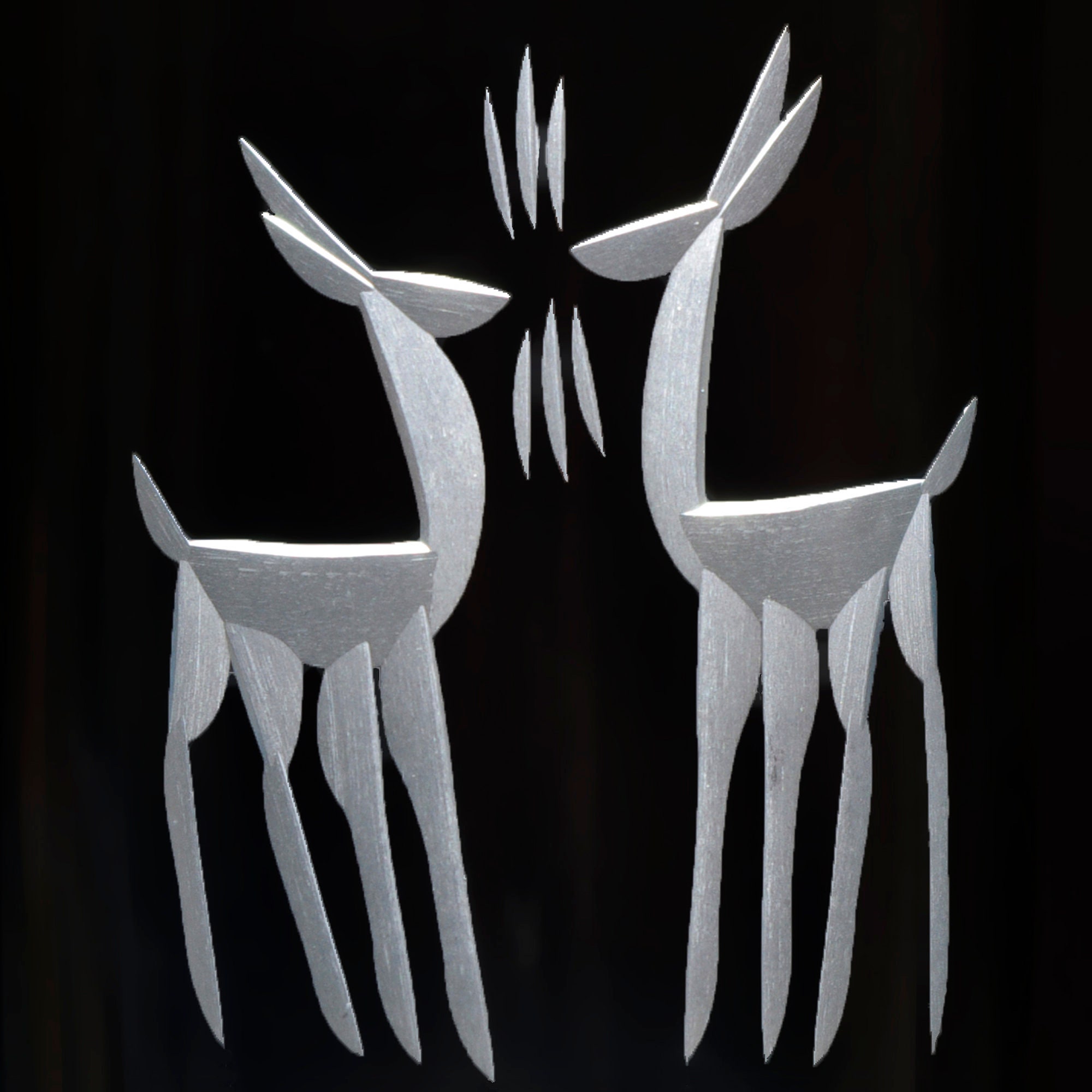 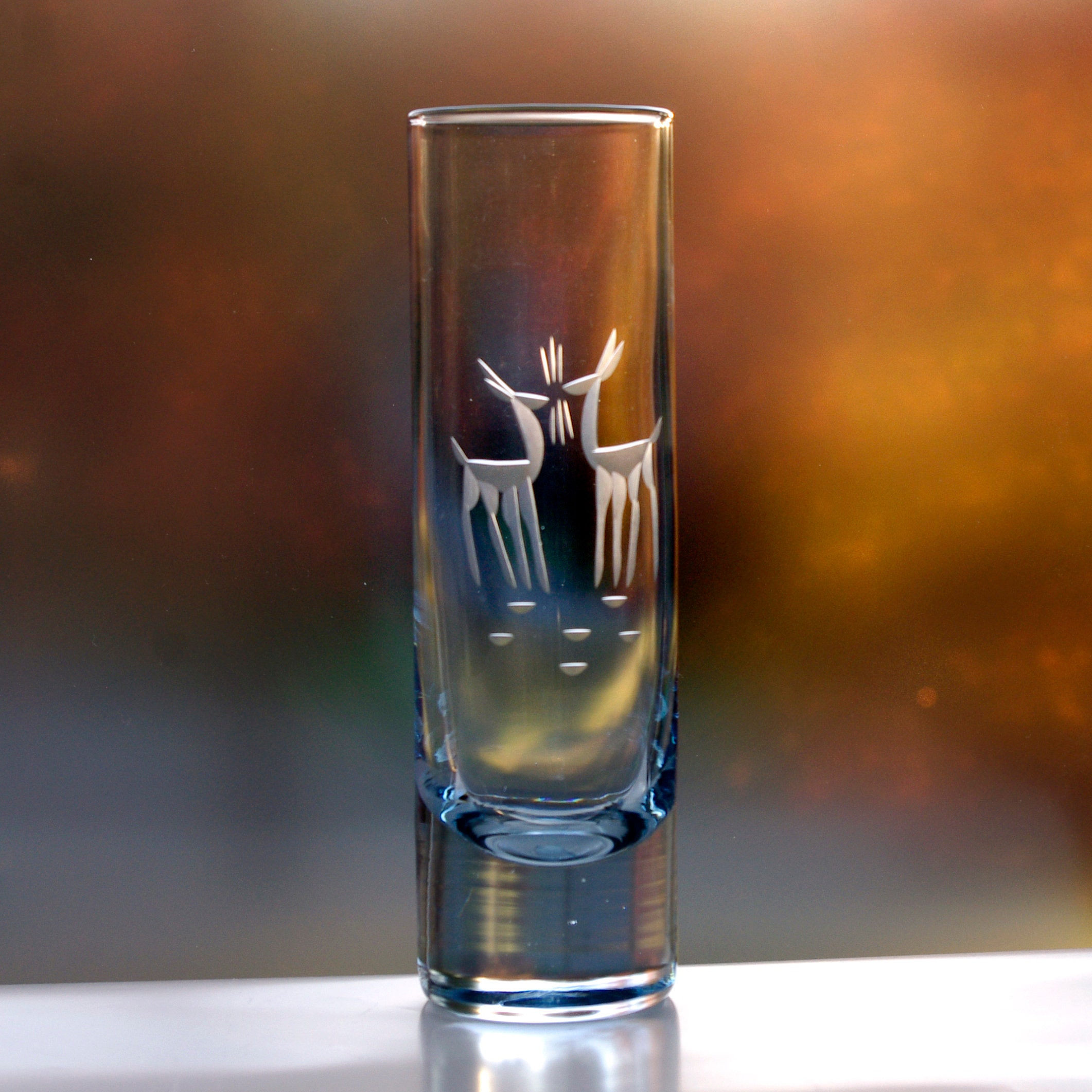 Randsfjord Glassworks created this decorative vase in their signature ice blue glass, engraved with a pair of adorable deer that look like they are kissing! It was made in the 1970's, and it looks nearly perfect. The vase is unsigned but has an original label that someone moved to the base. The diameter is 2" and it is 7.5" tall; it weighs just over a pound.