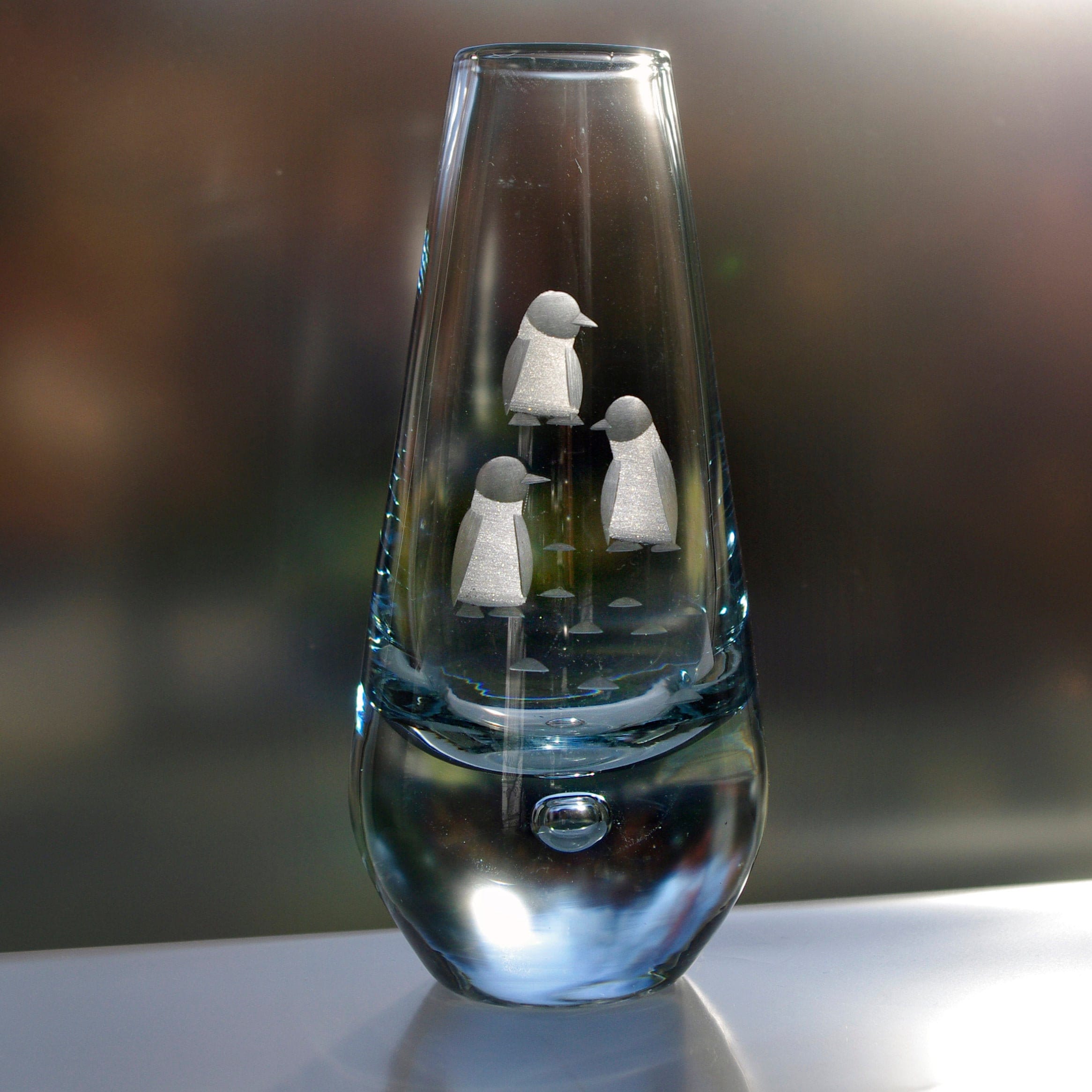 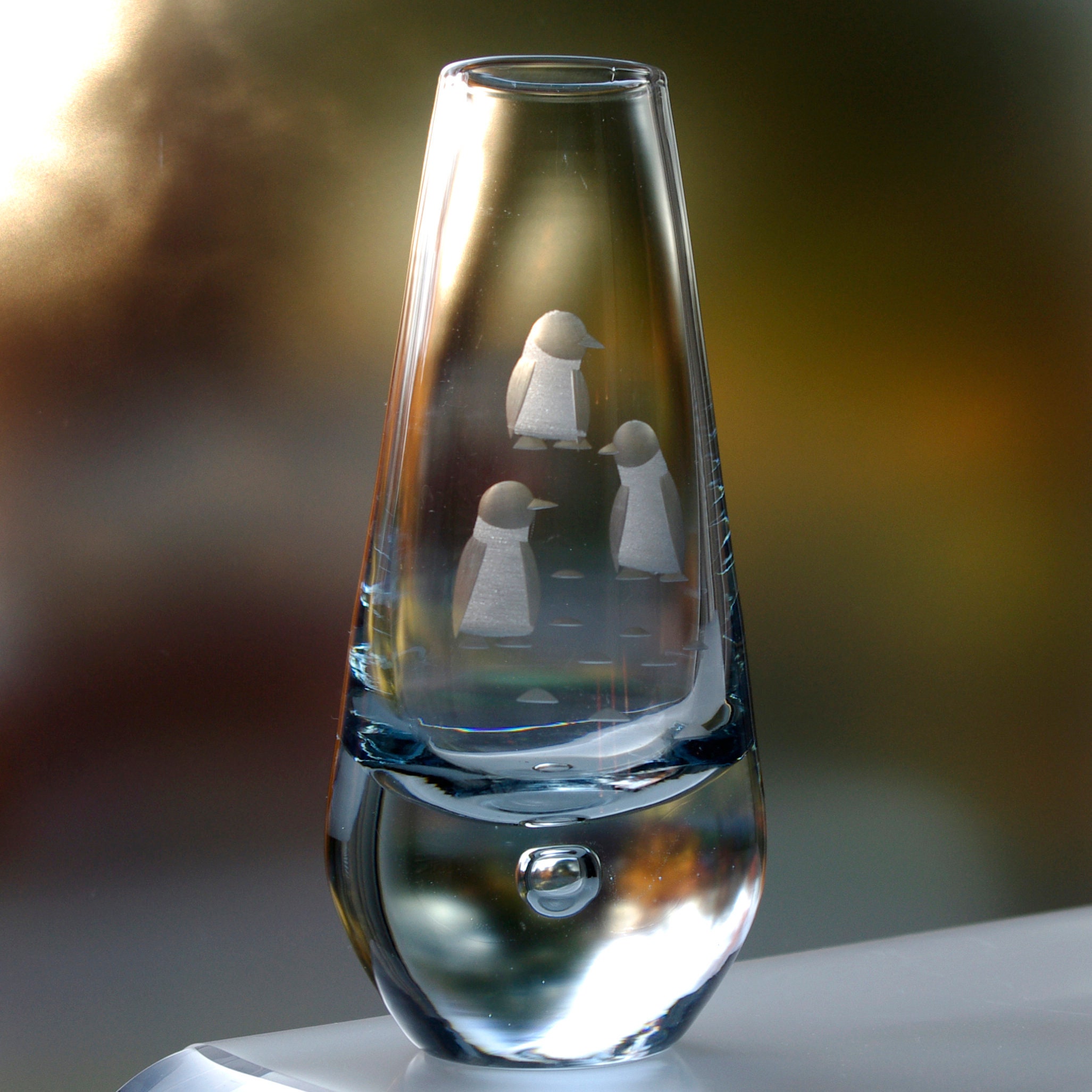 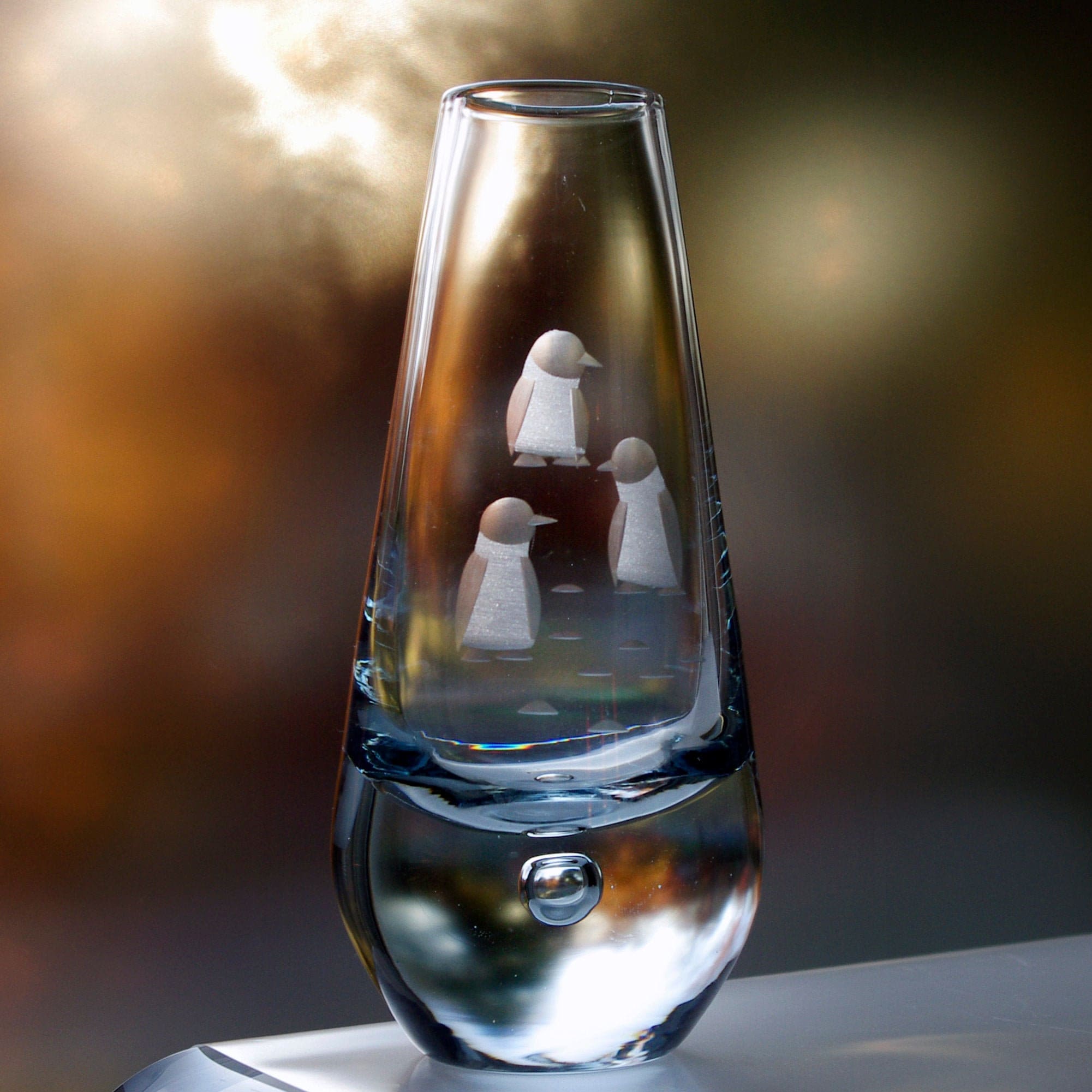 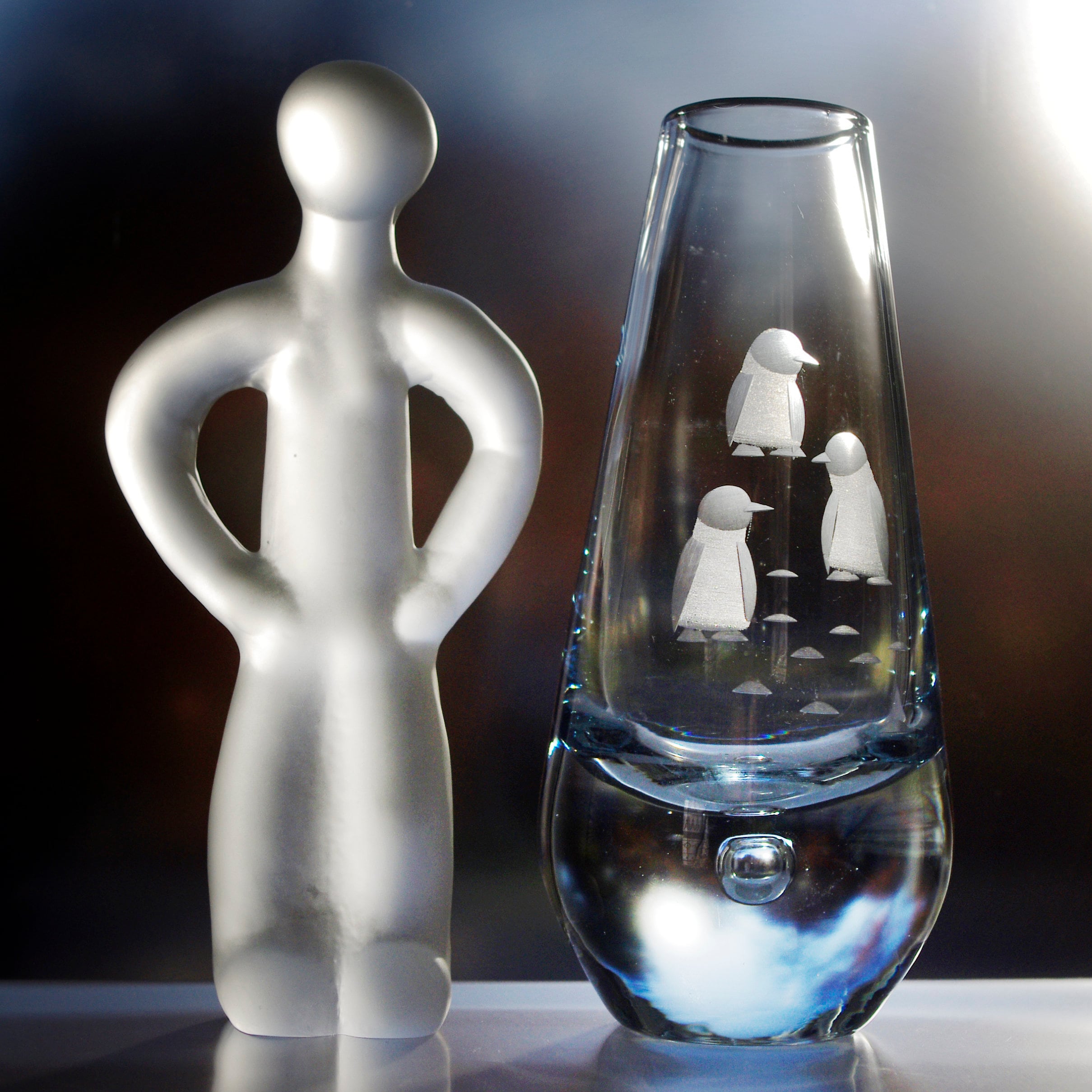 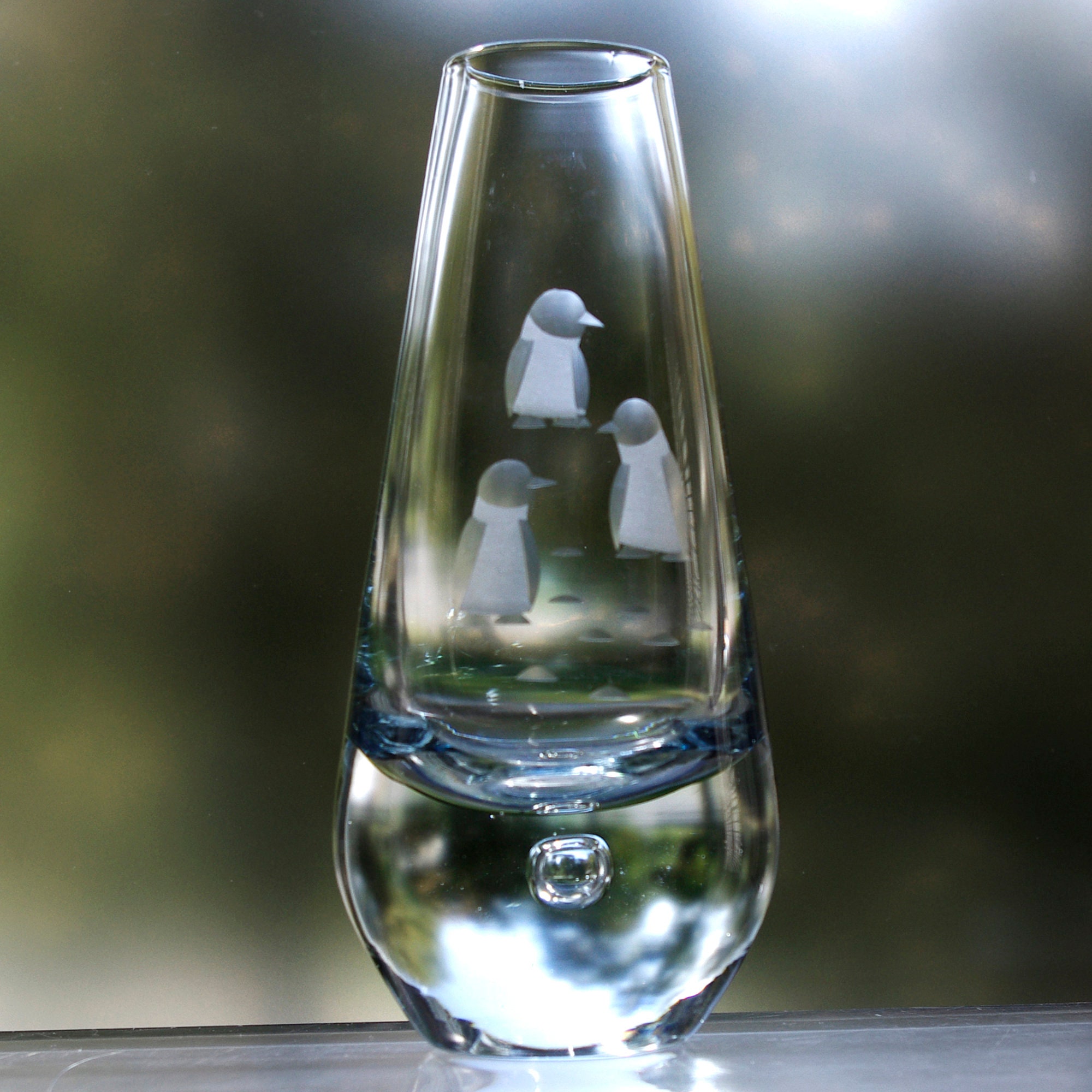 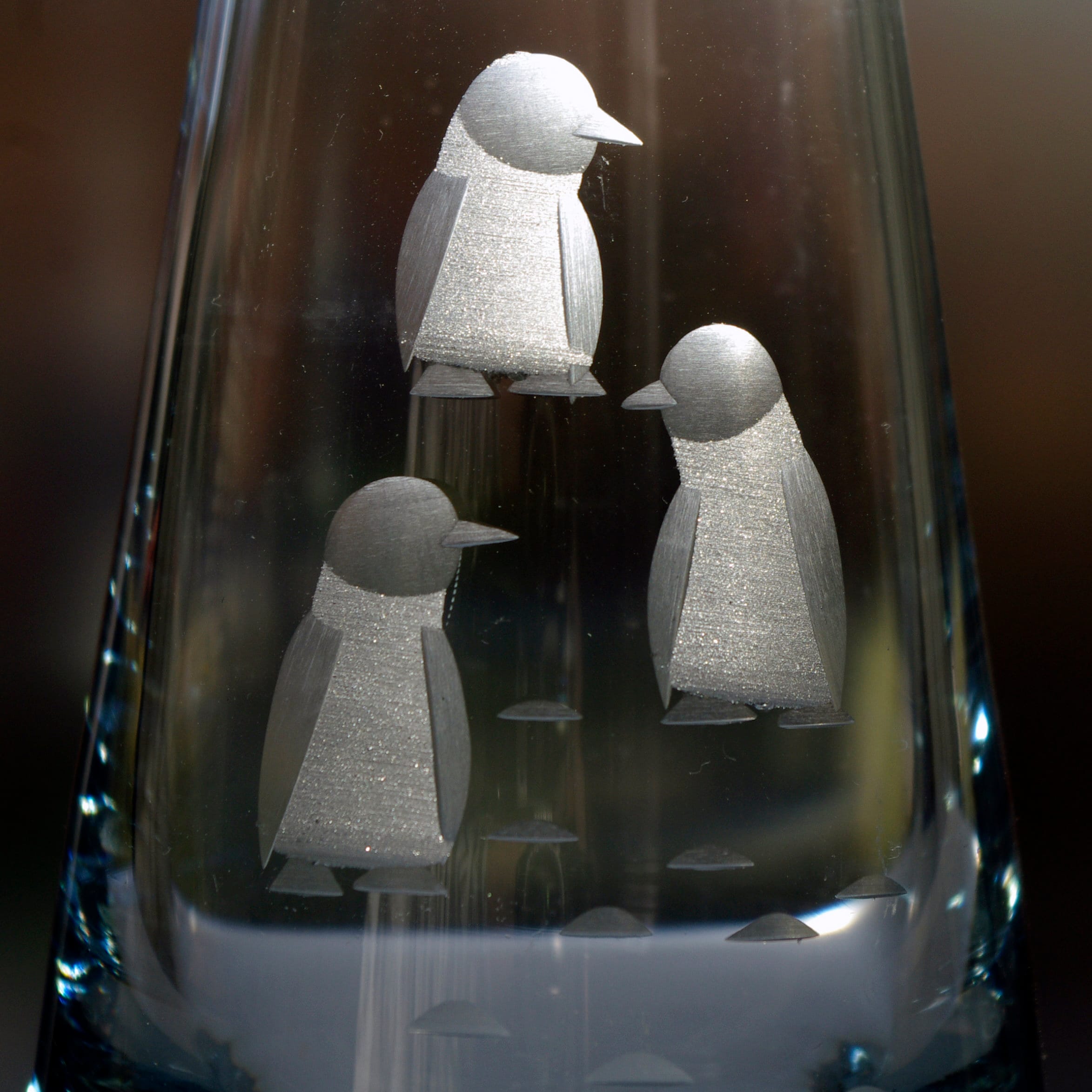 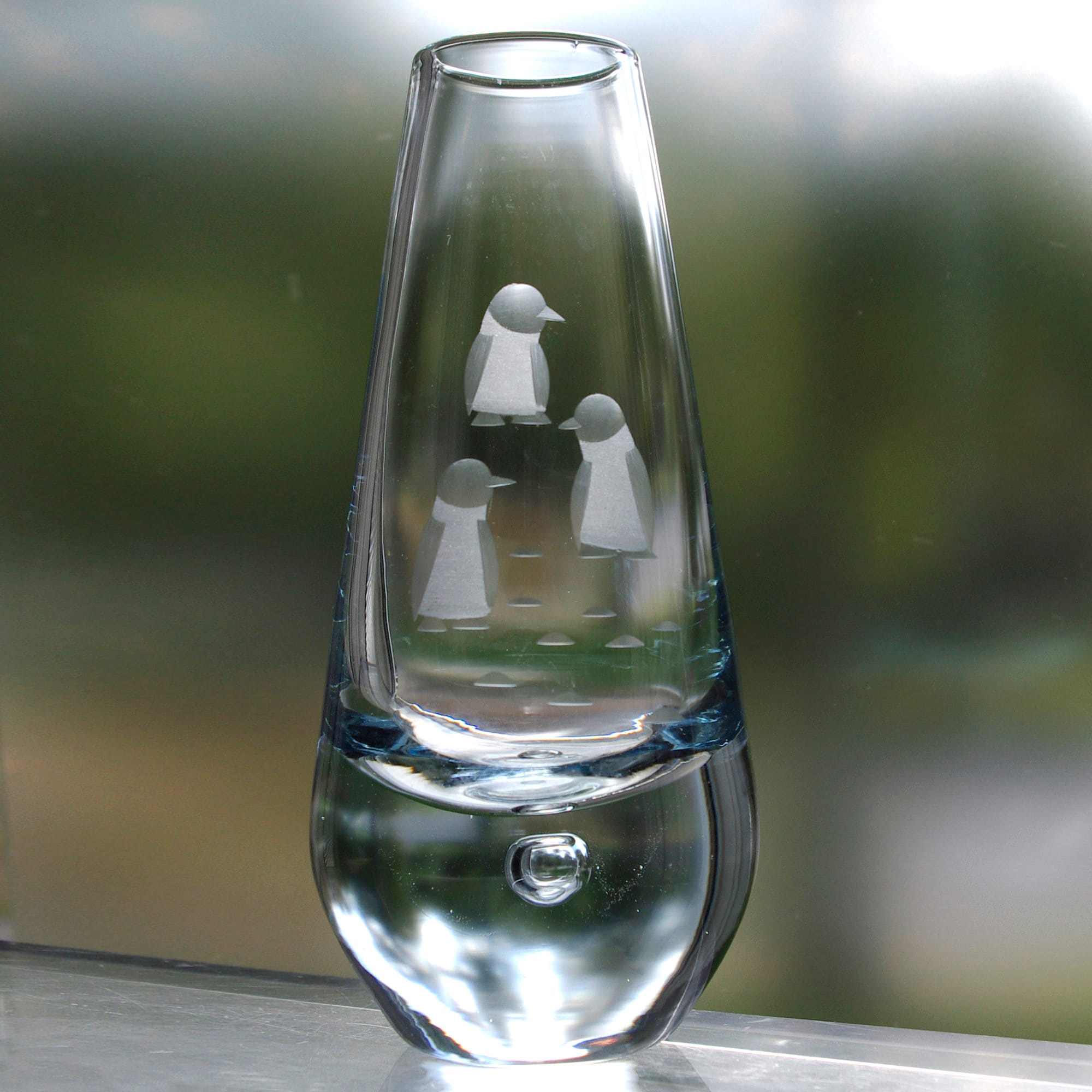 Randsfjord Glassworks created this decorative vase in their signature ice blue glass with three engraved penguins. It was made in the 1970's, and it looks great for its age. The vase has a heavy base with a bubble in it. The diameter is 3" at its widest, and it's 1.5" at the rim. It is 7.25" tall and weighs almost 2 pounds.