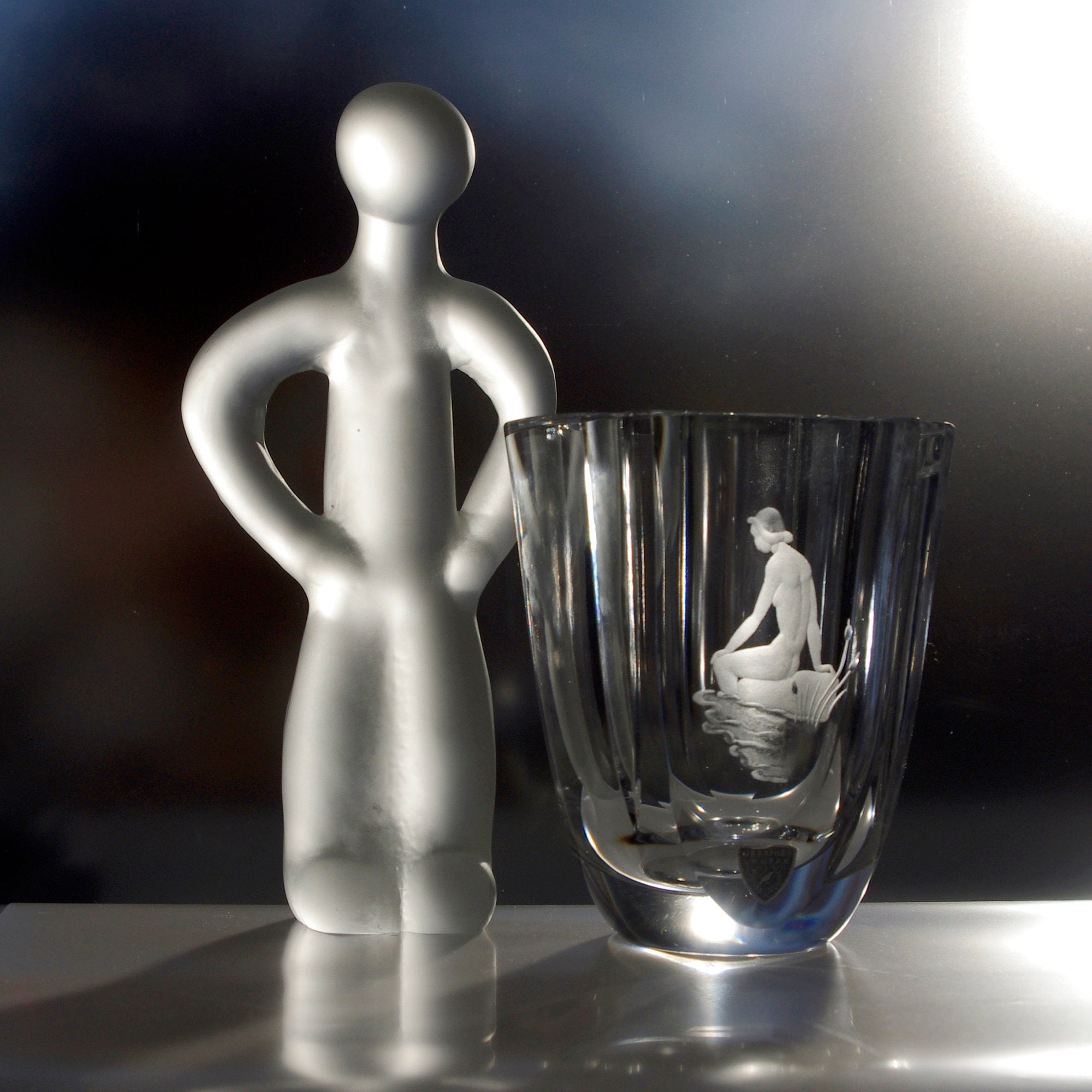 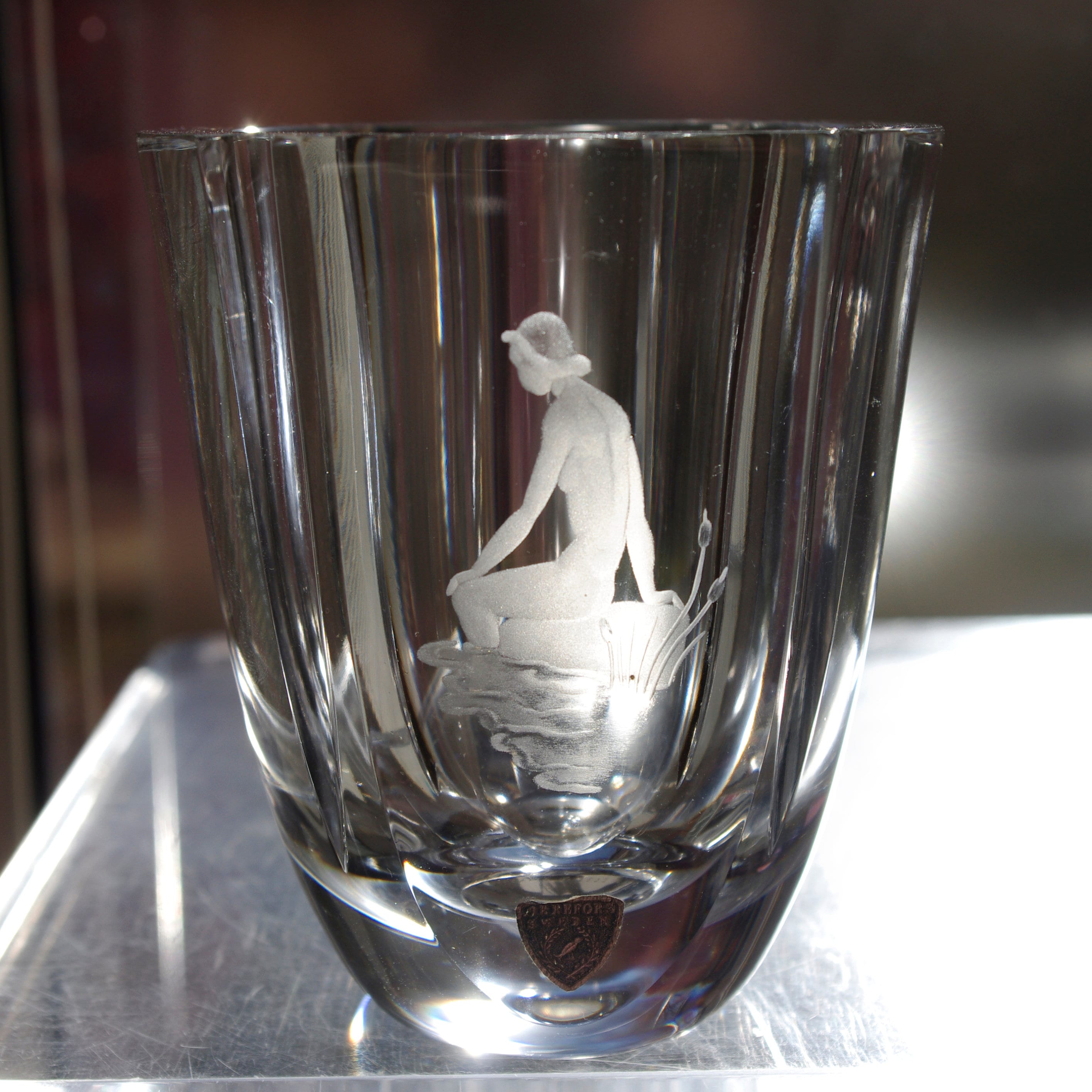 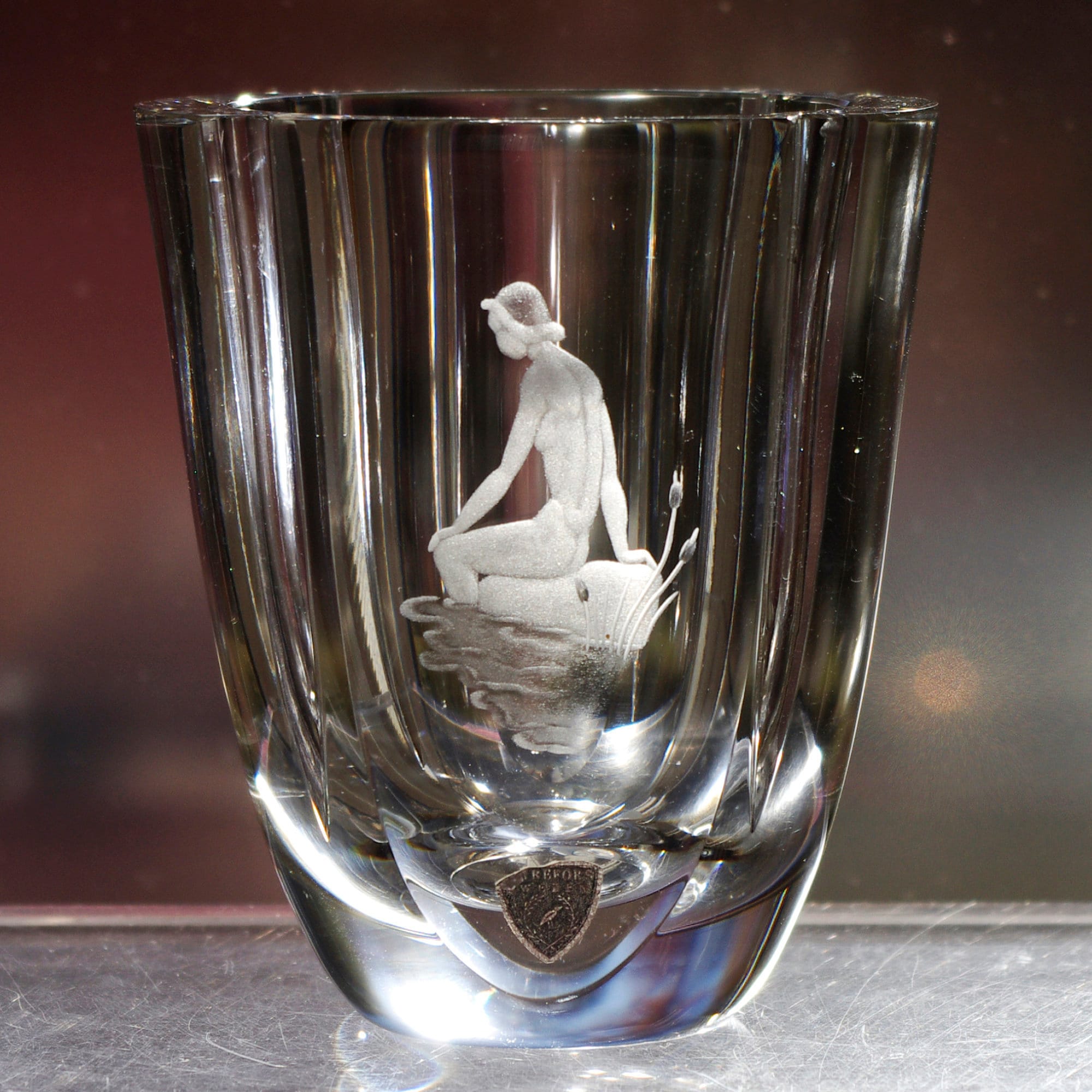 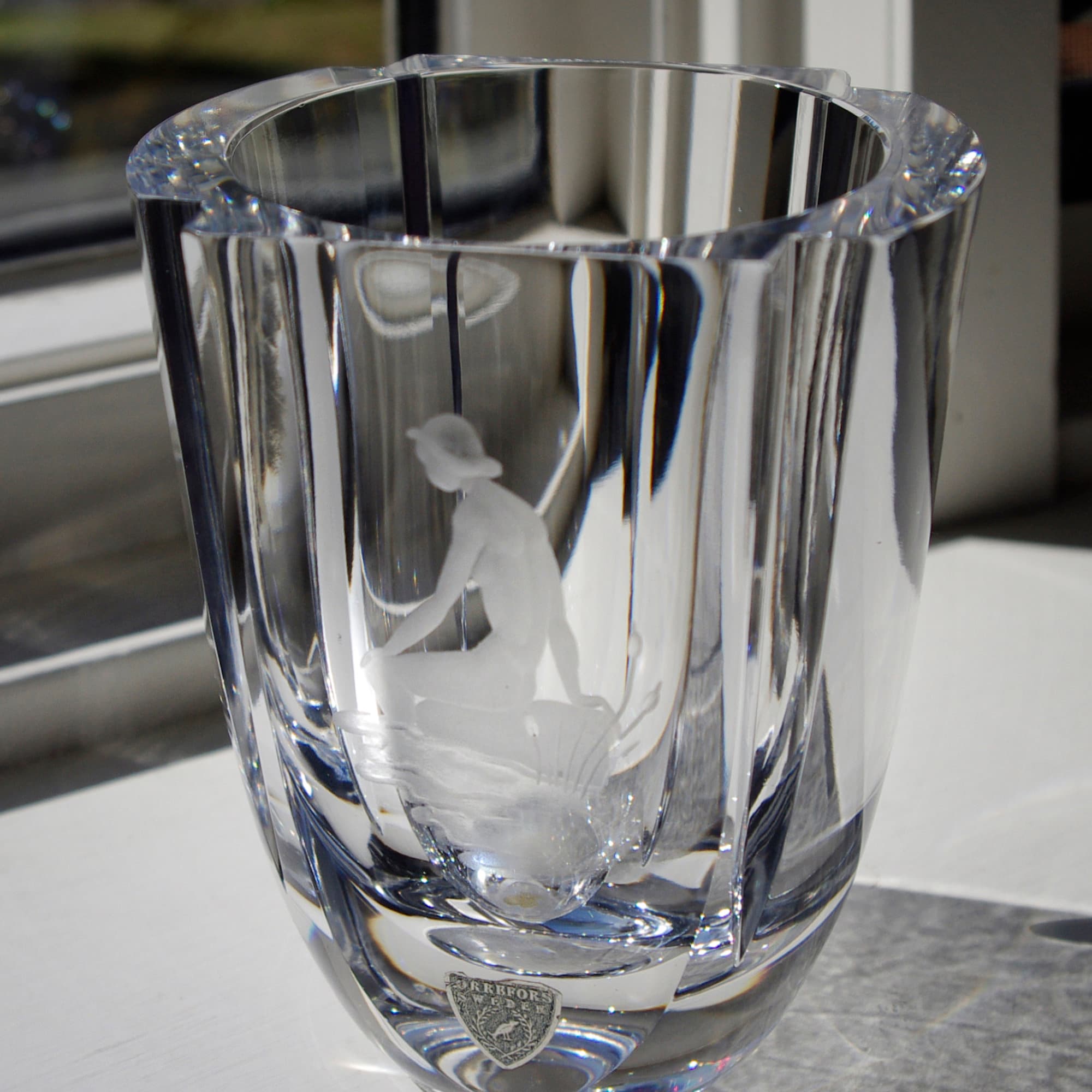 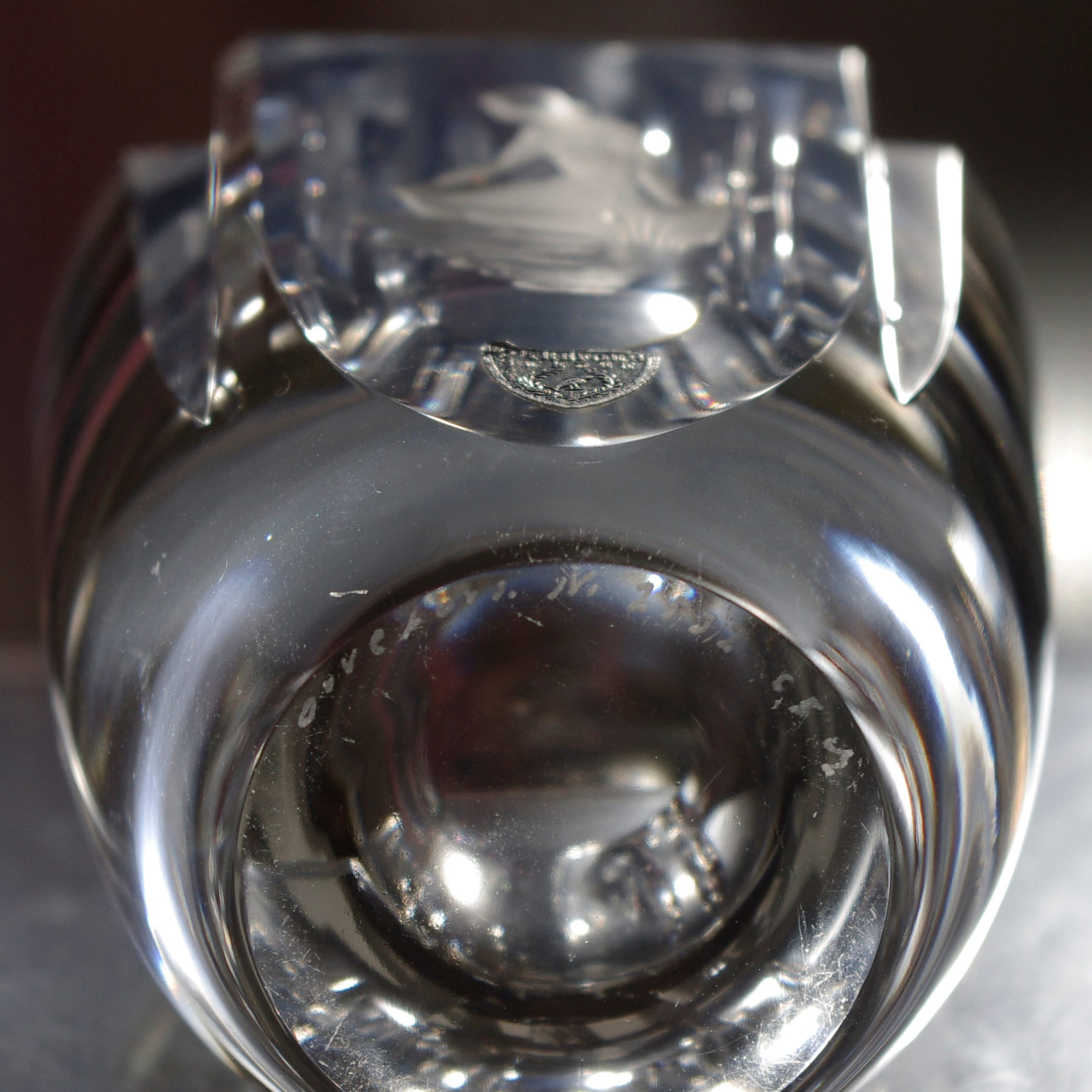 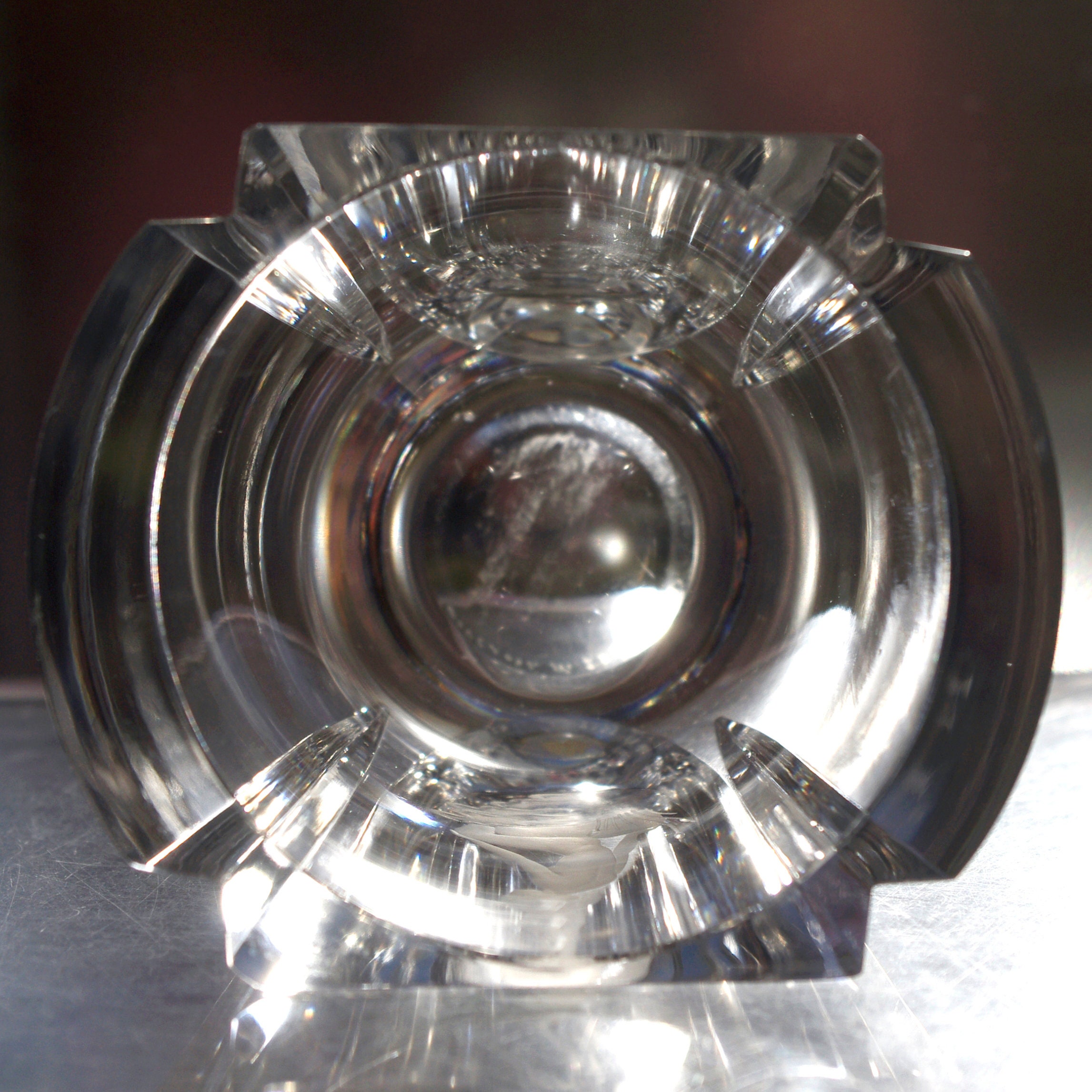 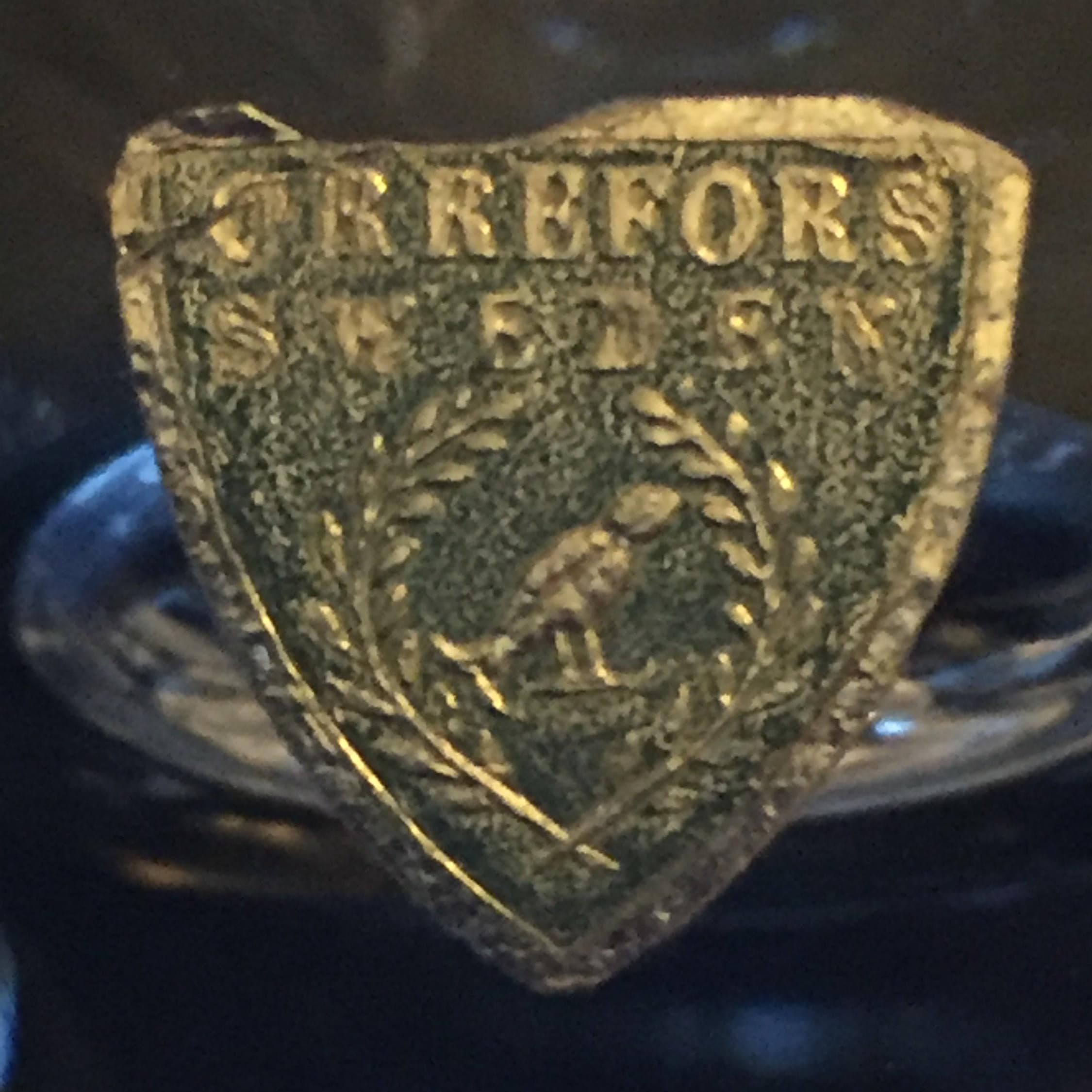 This charming Swedish art glass was designed by Nils Landberg, one of the great 20th century Orrefors artists. The vase depicts a nude young woman resting on a rock at the water's edge, looking as if she was getting ready to bathe. The codes engraved on the bottom of this piece tell it was made in 1957, although the image (2532) was designed by Landberg in 1941. It's a small piece, measuring 3.25" x 4" x 4.25"H and weighing 2 pounds. The vase has a planed front and back and beautifully cut bevels in each corner - a lovely effect. It retains its original foil embossed label.