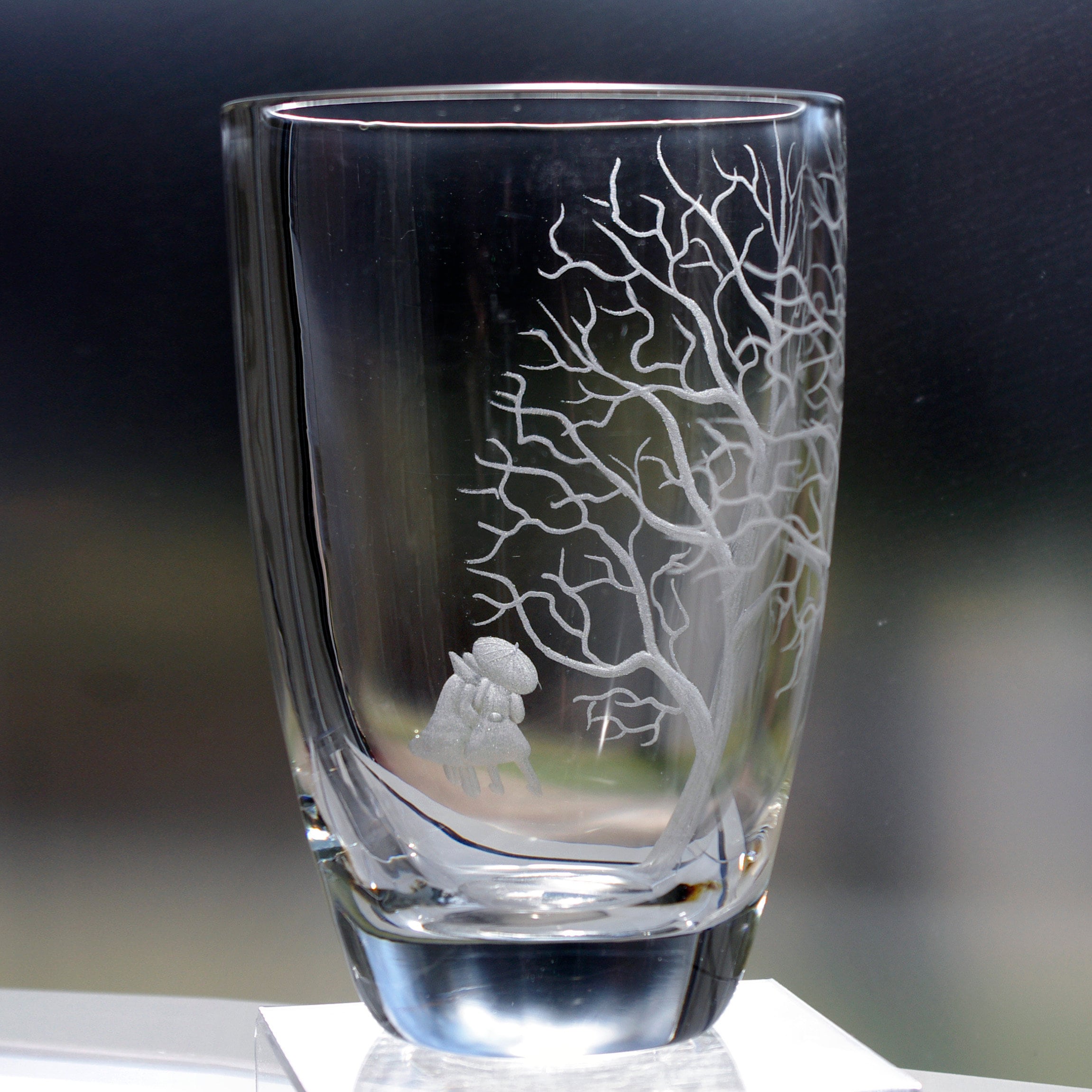 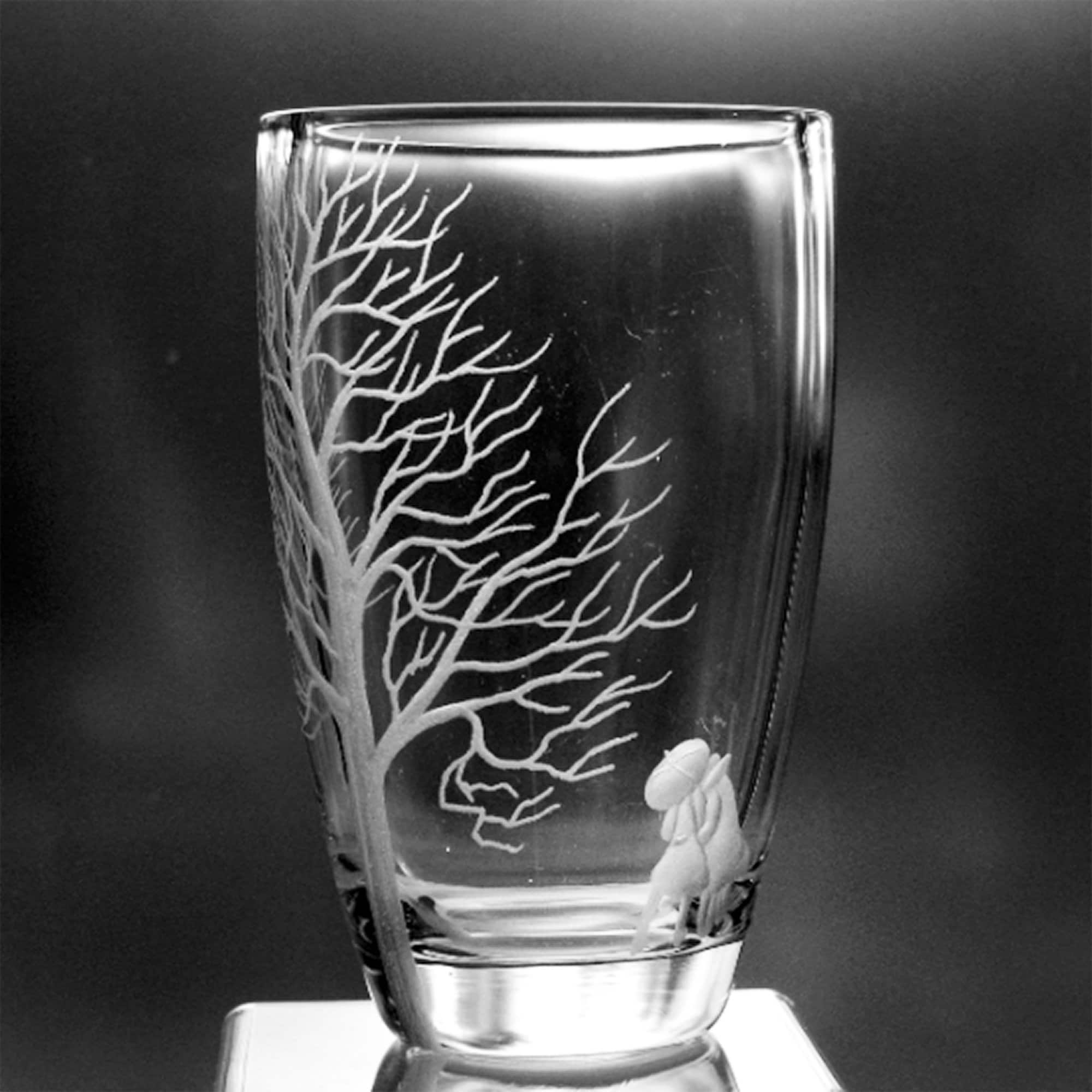 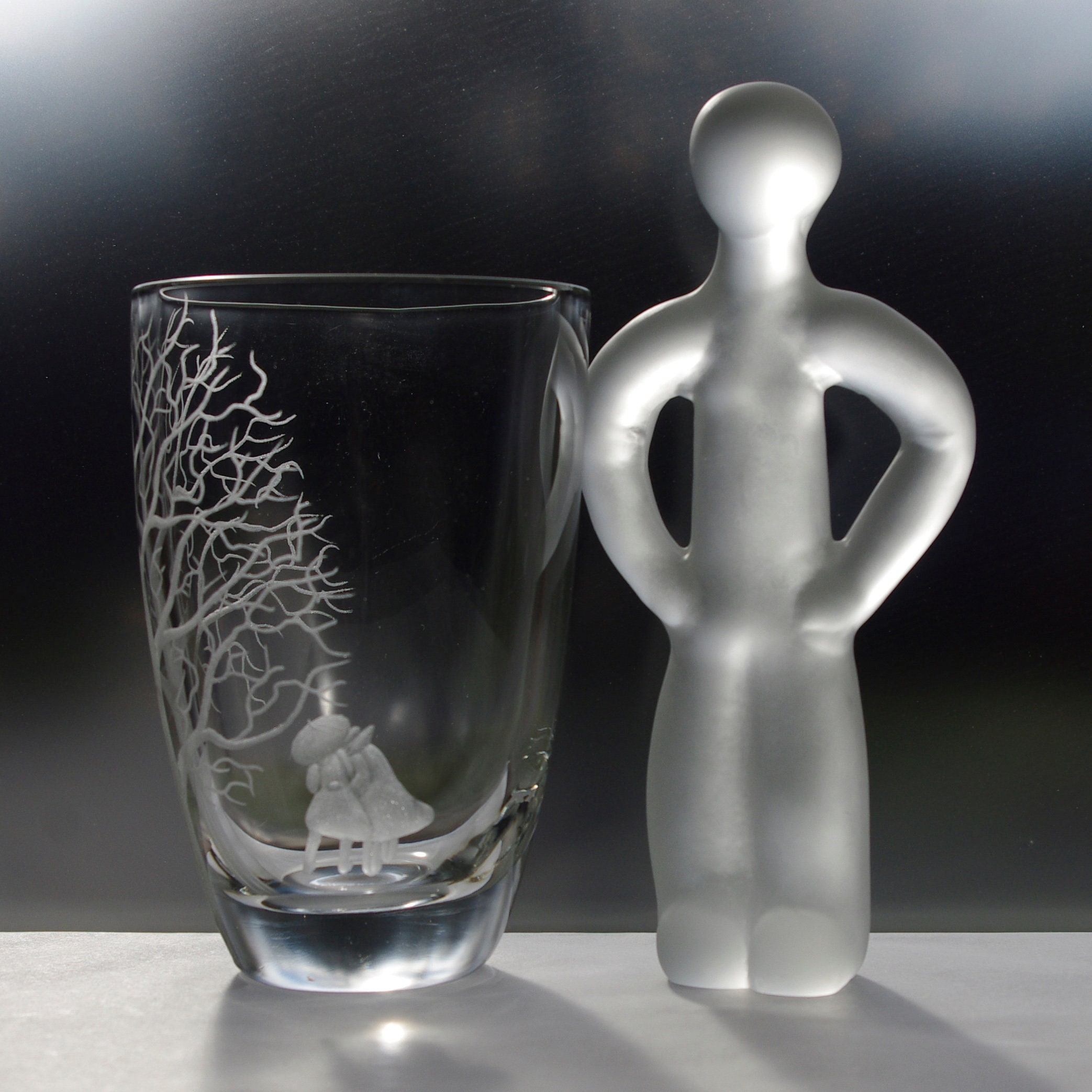 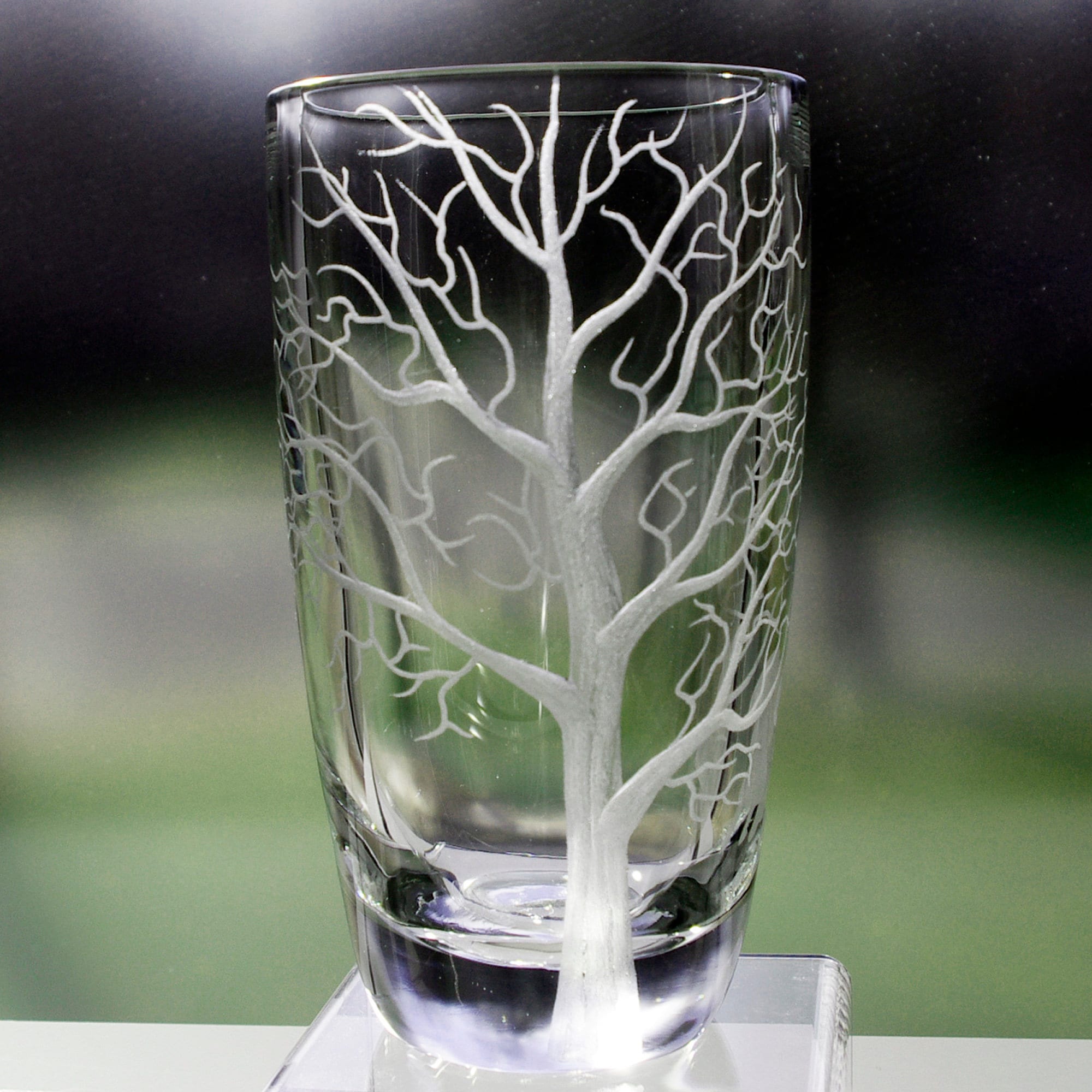 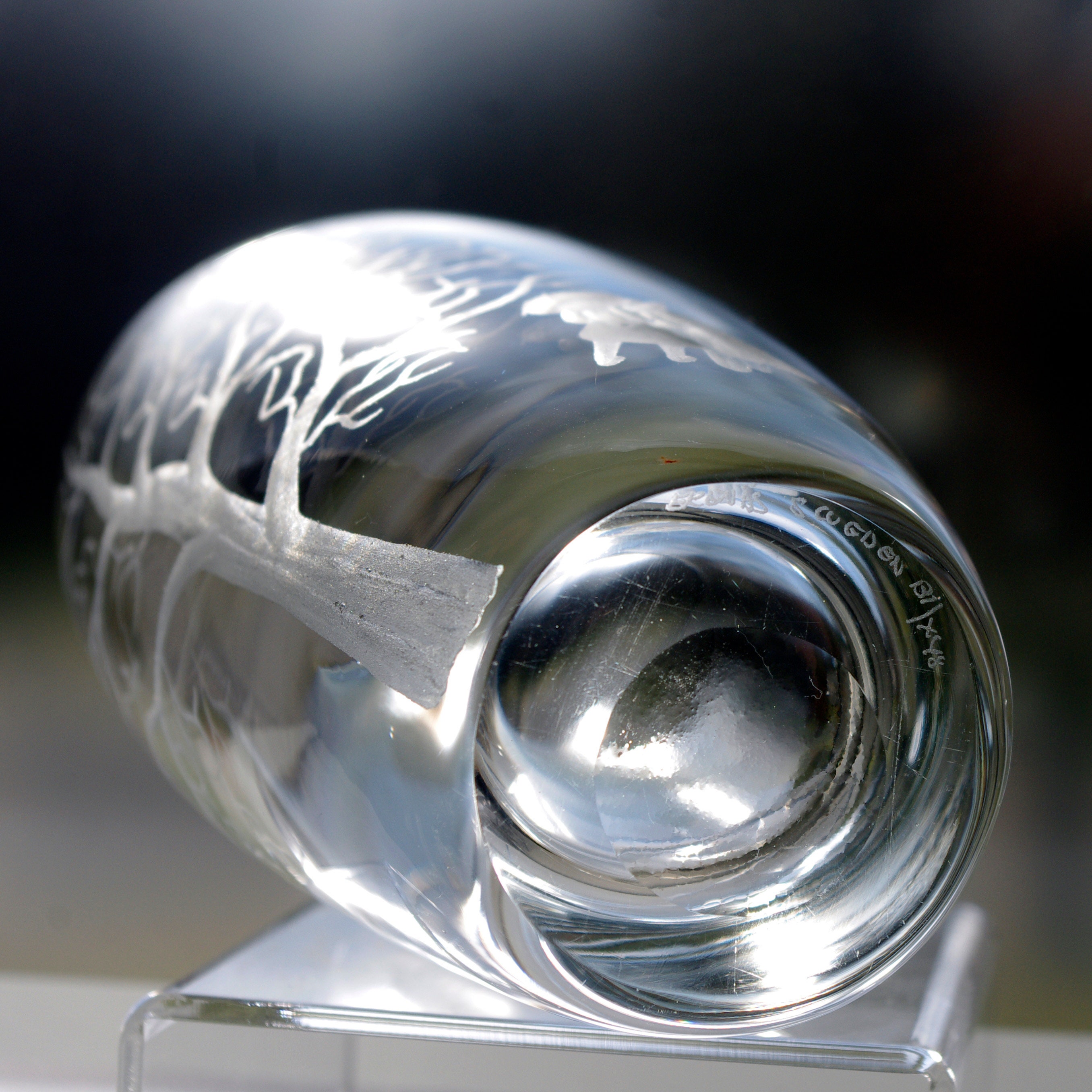 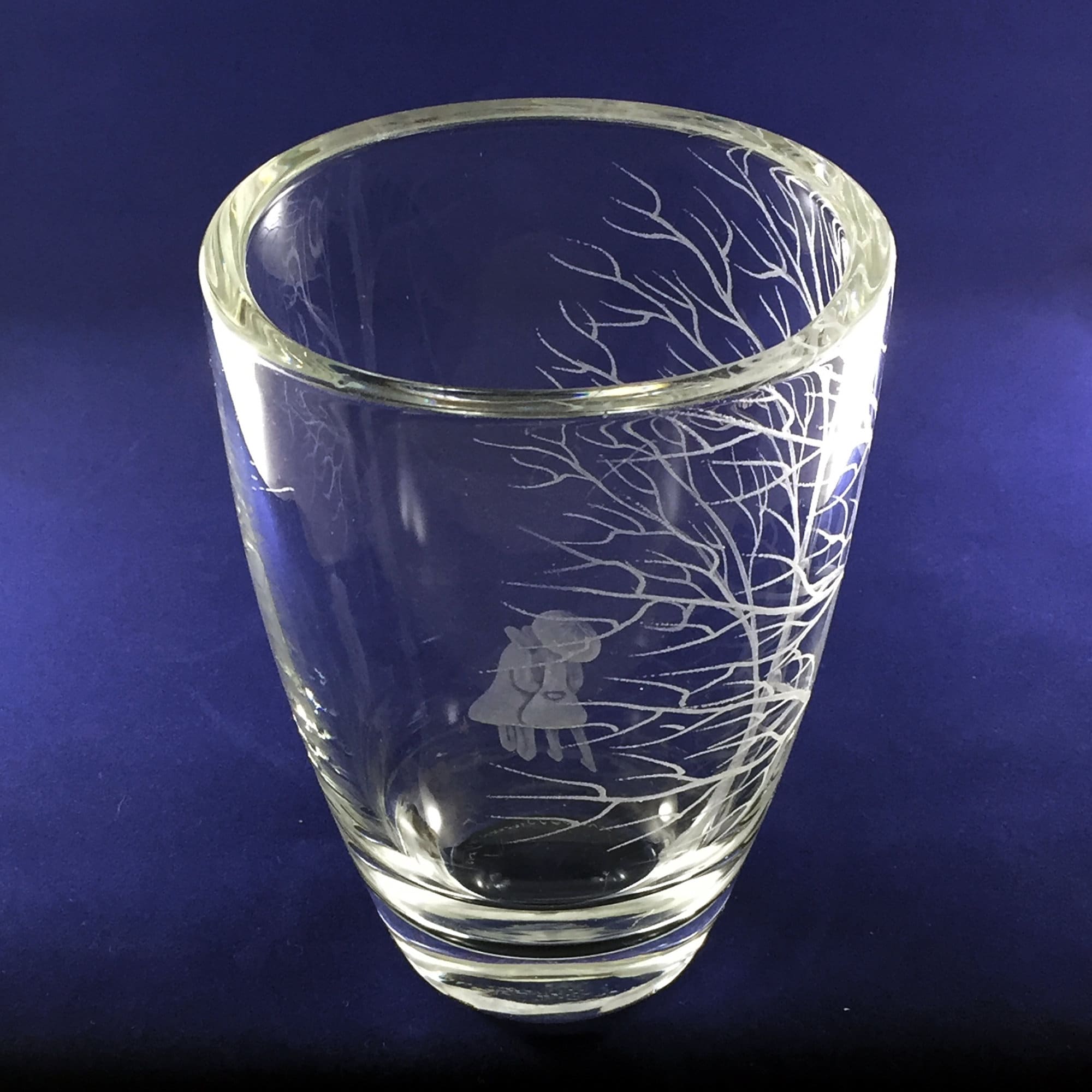 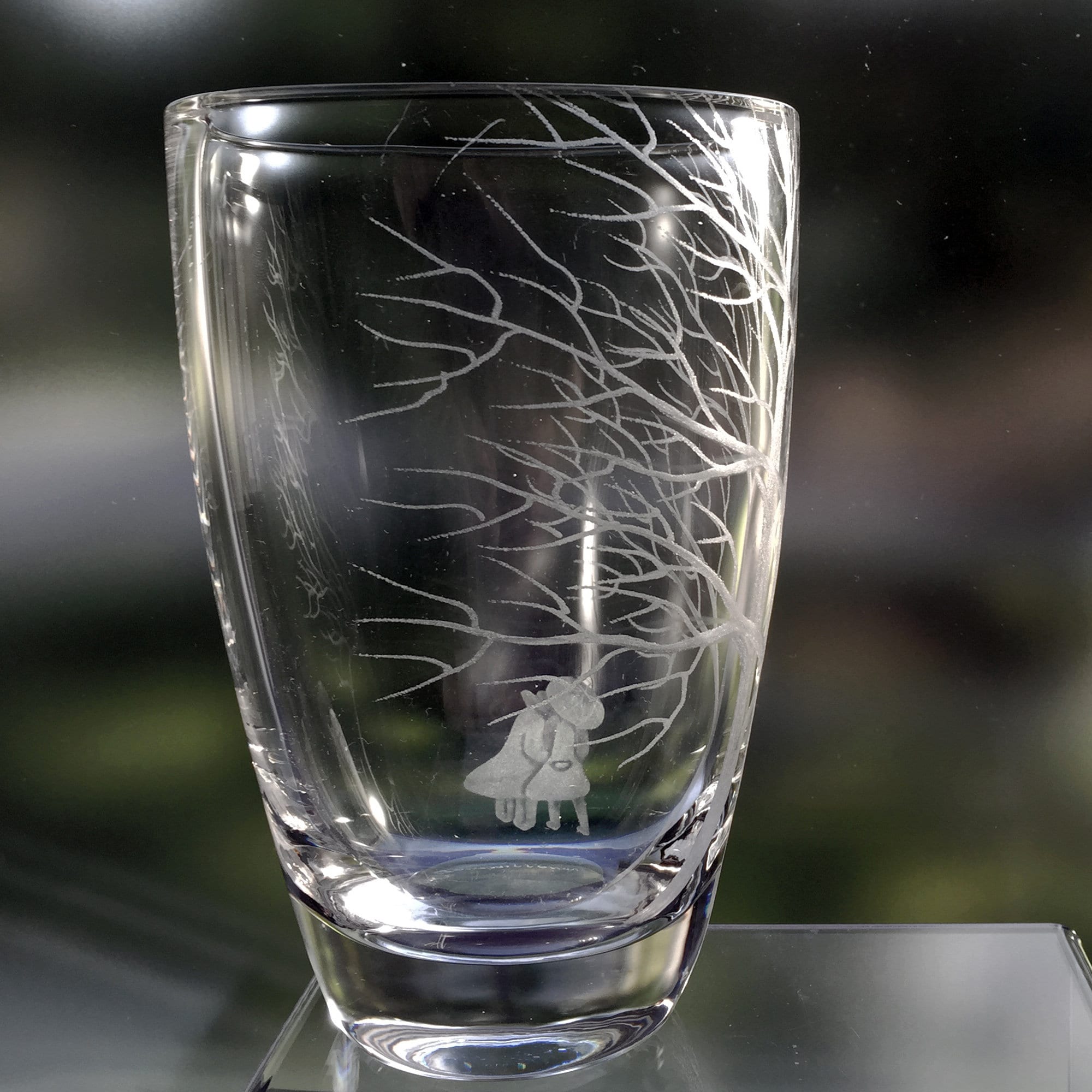 This small vase, designed by John Orwar Lake, has an engraving designed and executed by Gert Claesson, who was a craftsman at Ekenäs Glassworks for many years. It depicts two friends or lovers huddling under an umbrella, beneath the bare winter branches of a large tree. The traditional copper-wheel engraving is skillfully done, wrapping the tree branches around the vase. The scale of the tree to the people gives one a heightened sense of the struggle they are having against the elements, or of the peace they will find under the protection of the massive tree.