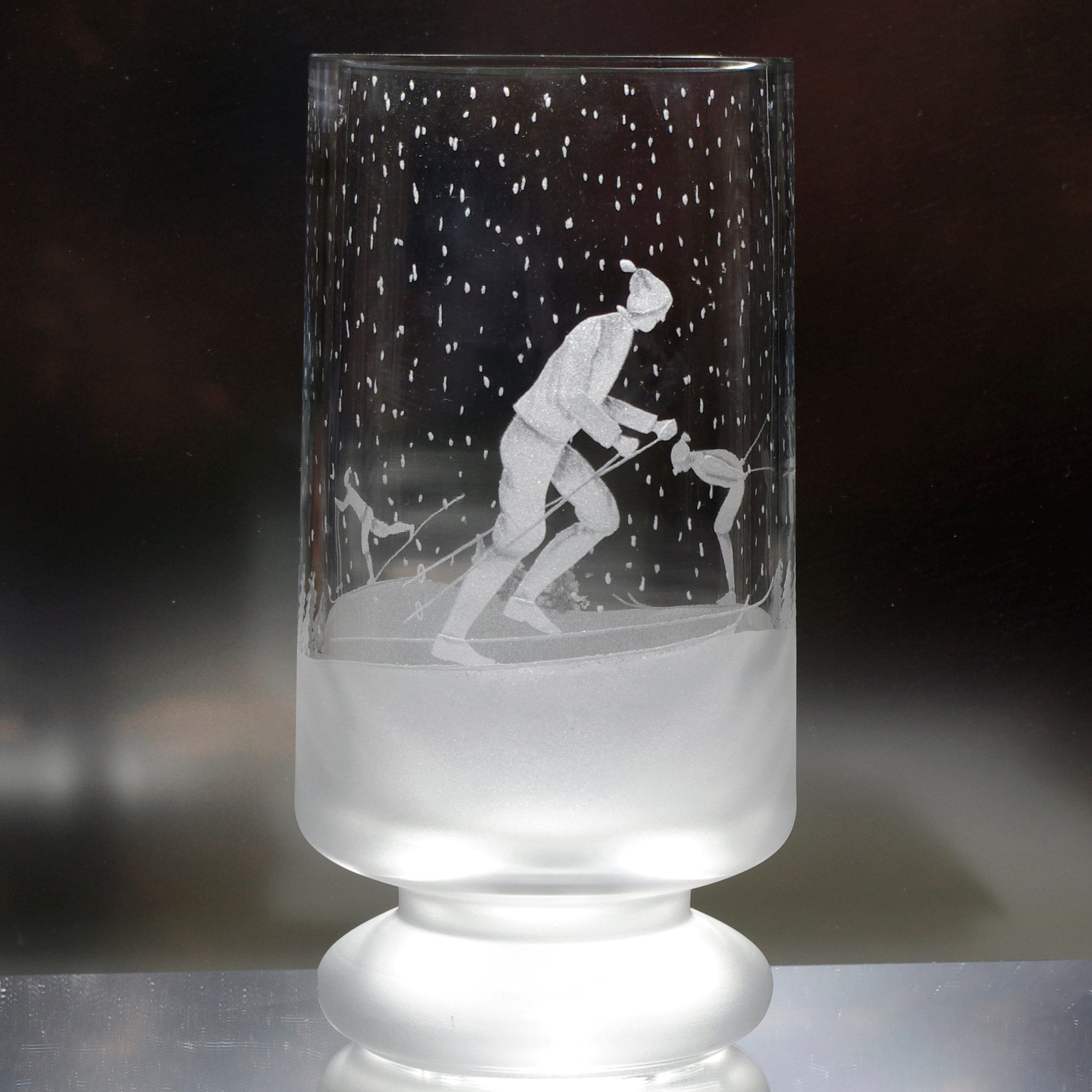 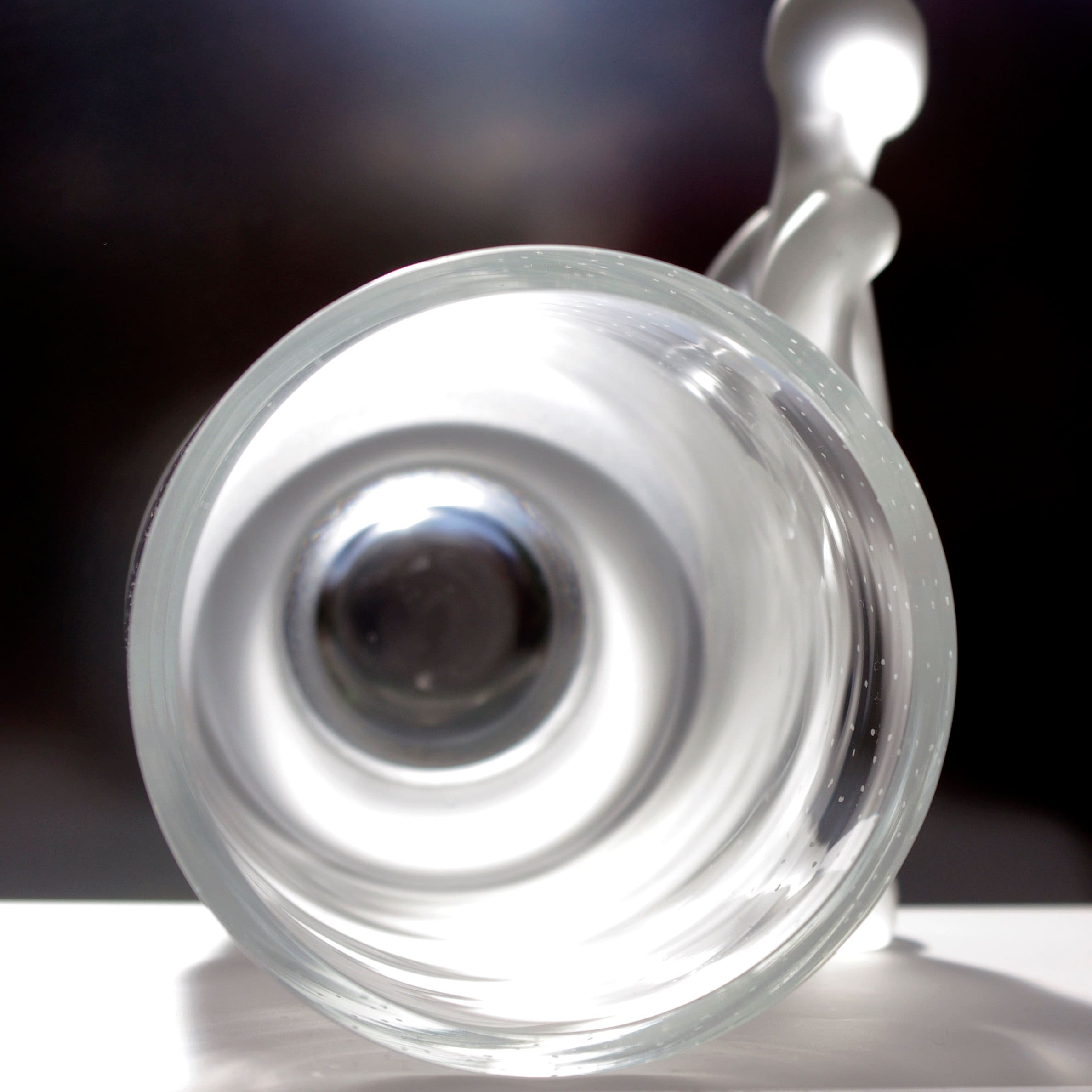 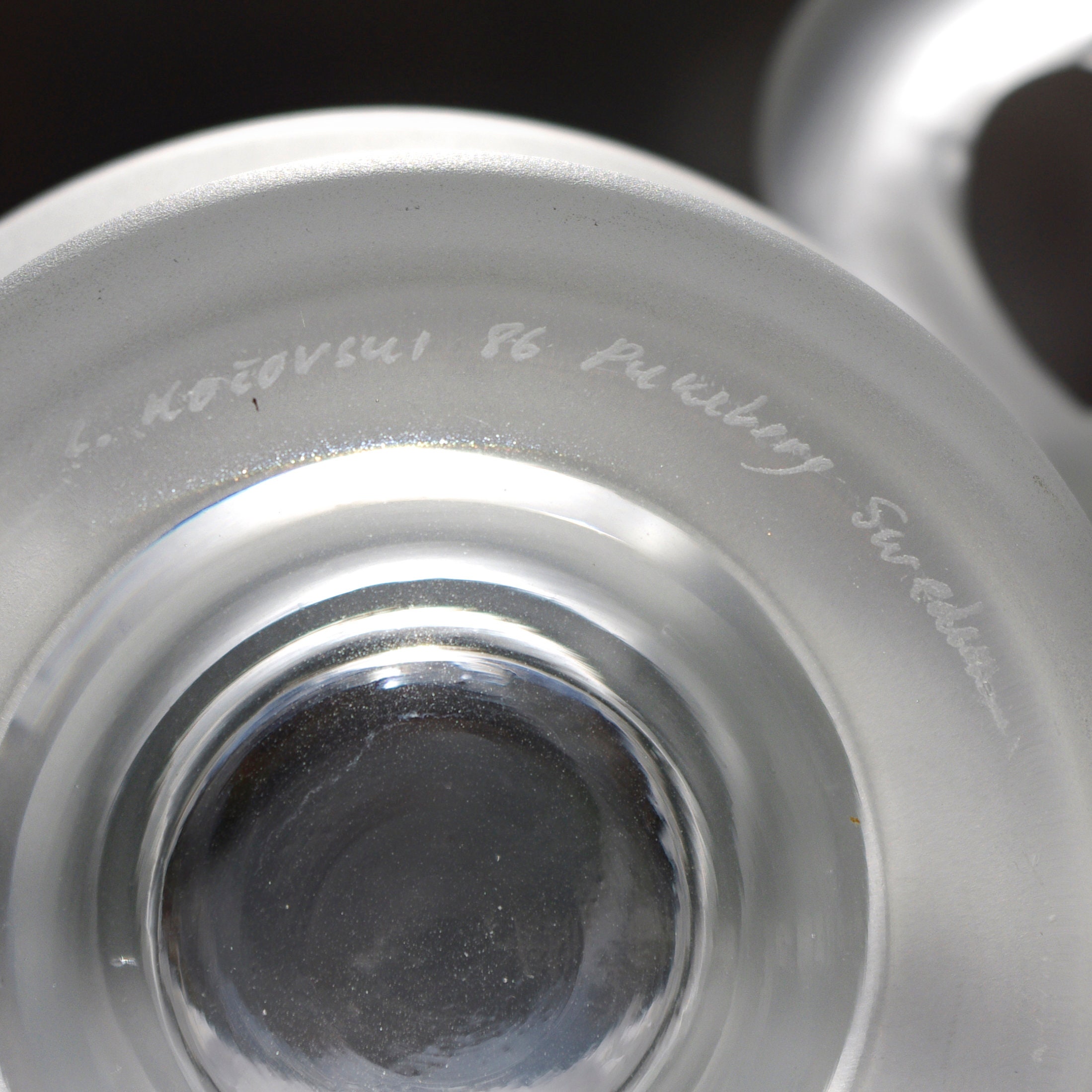 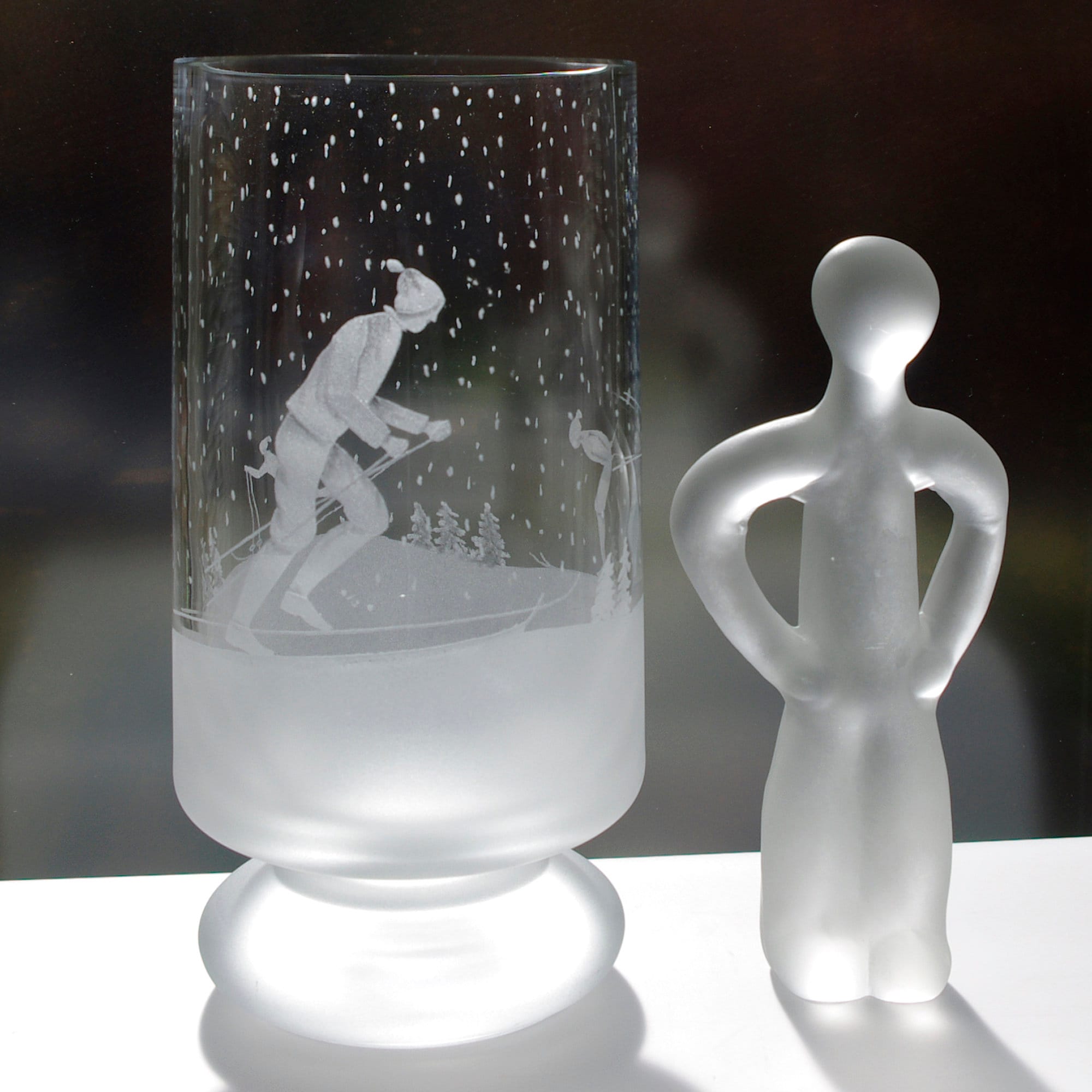 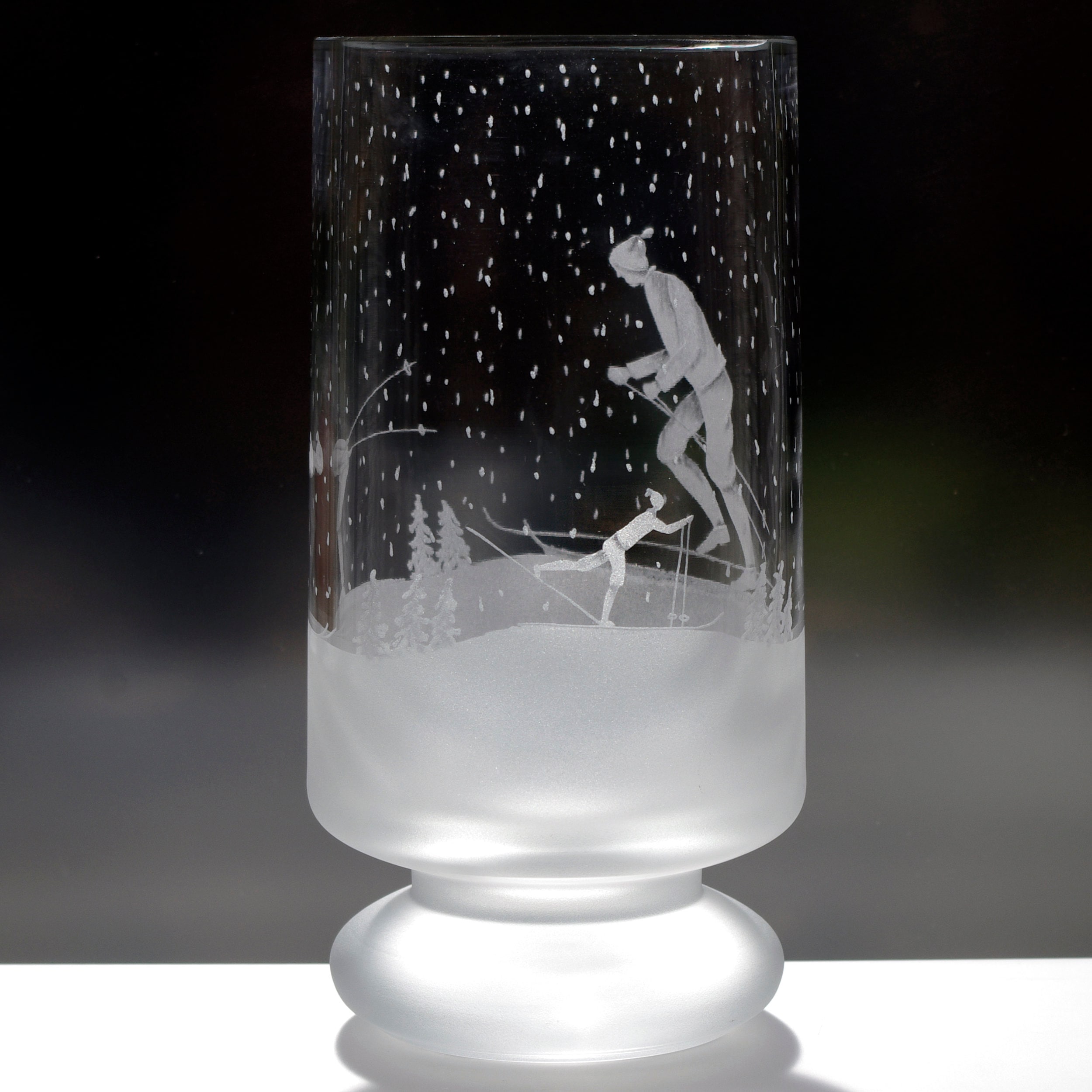 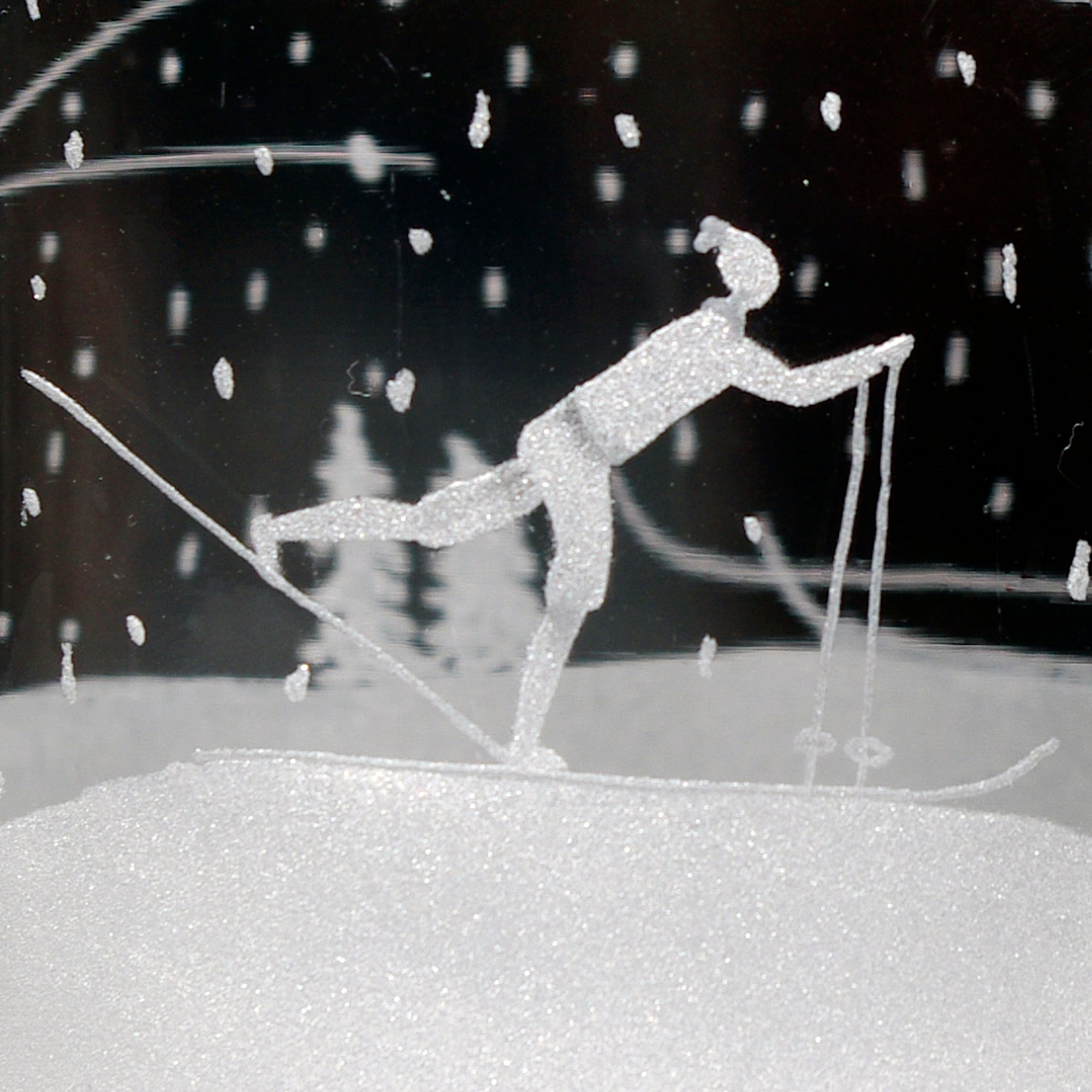 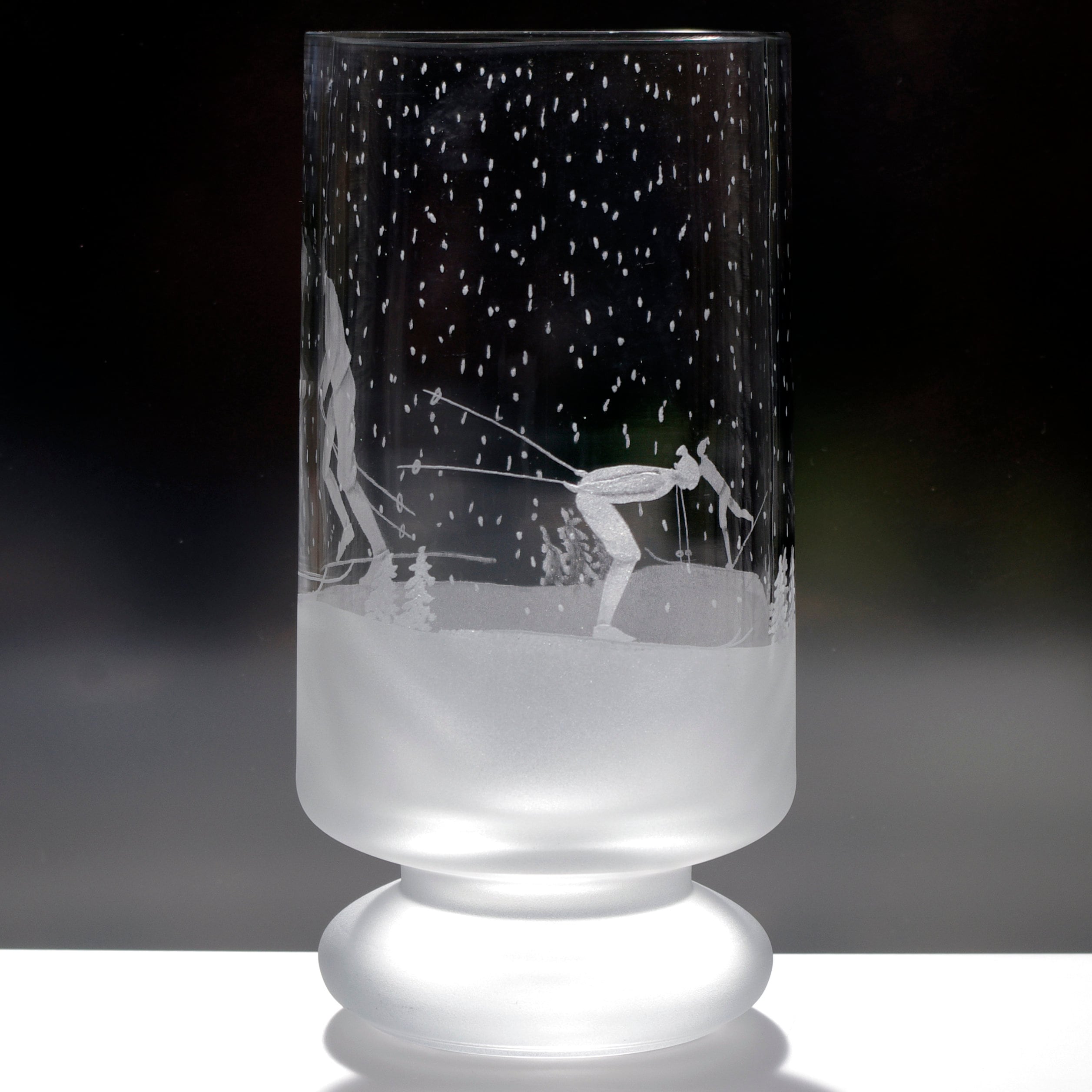 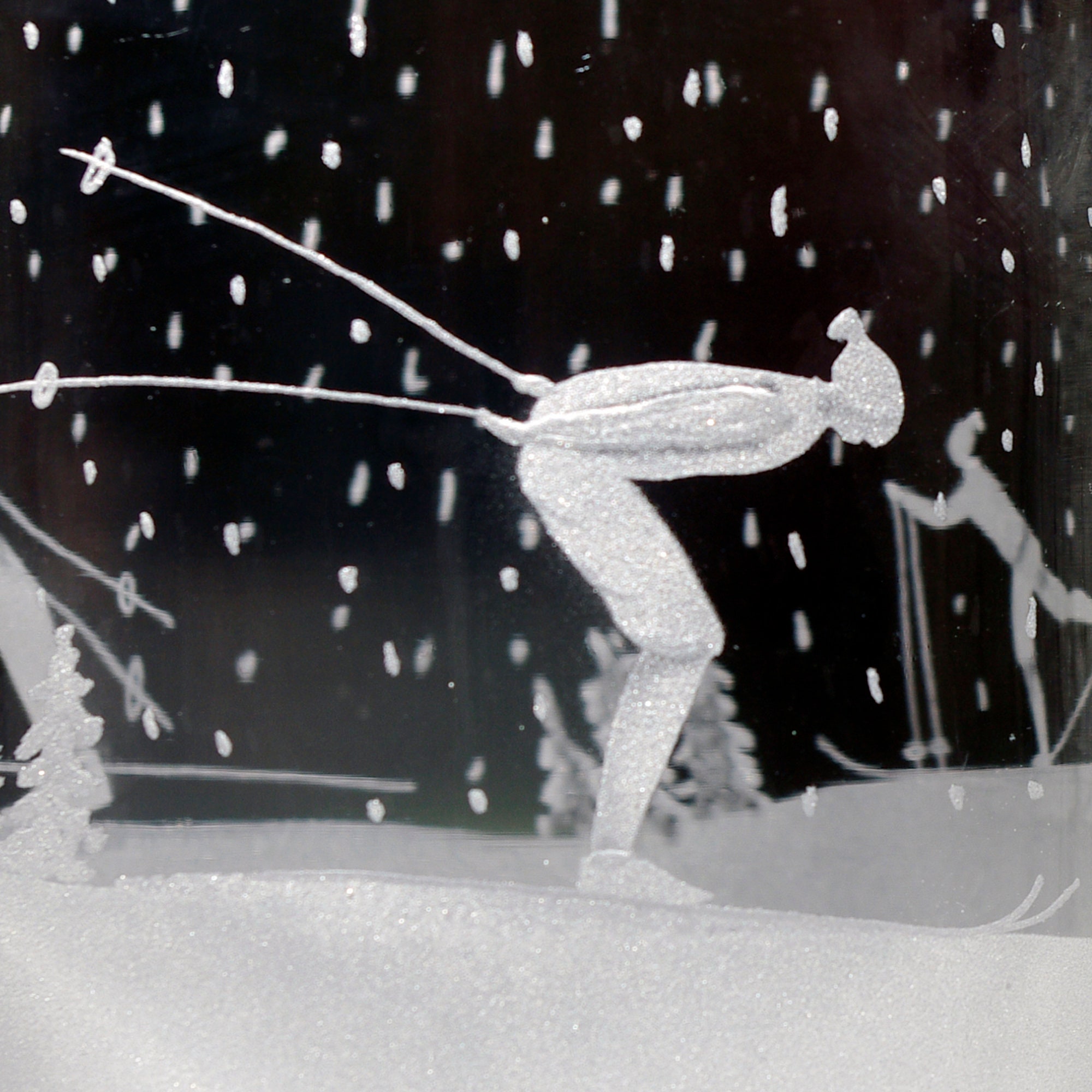 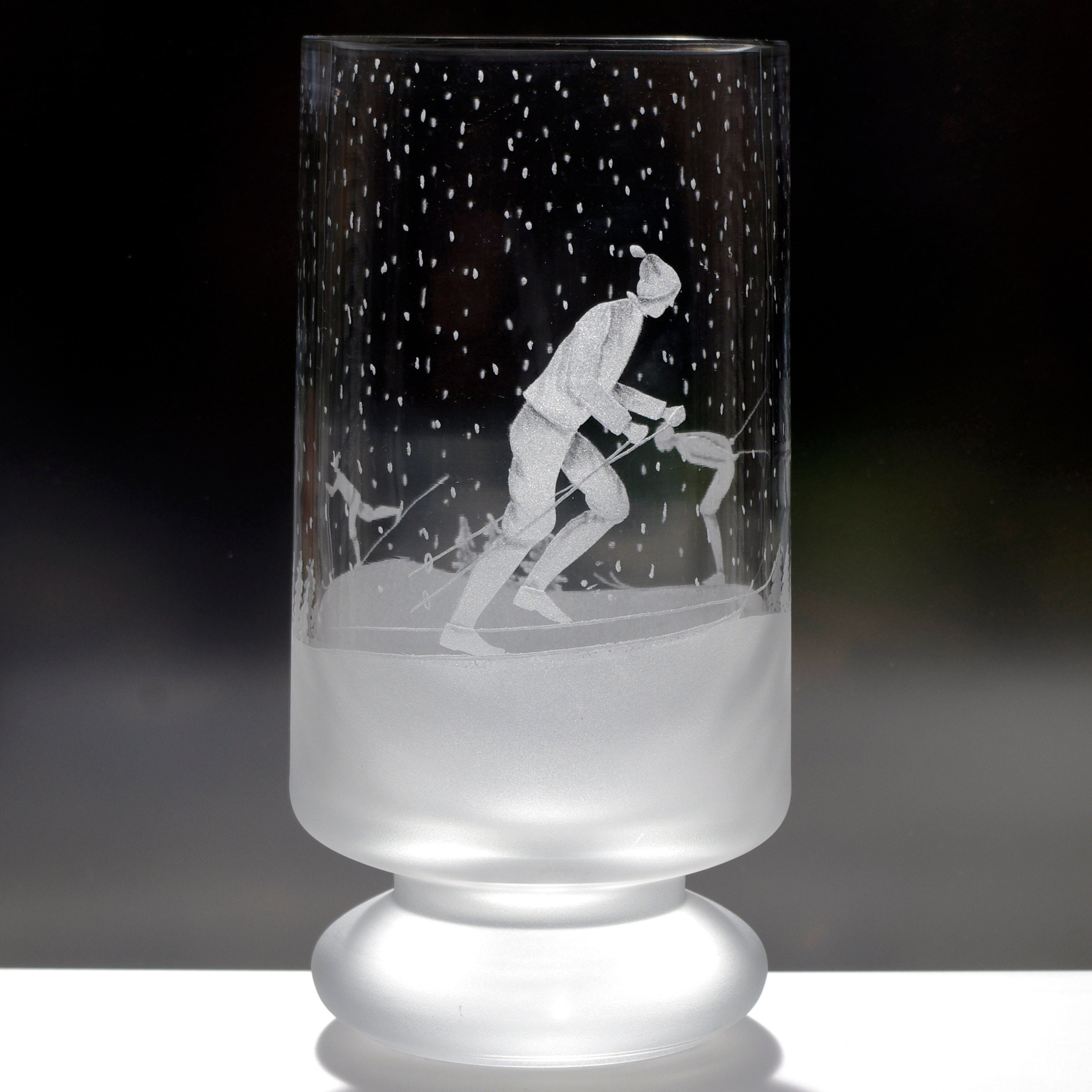 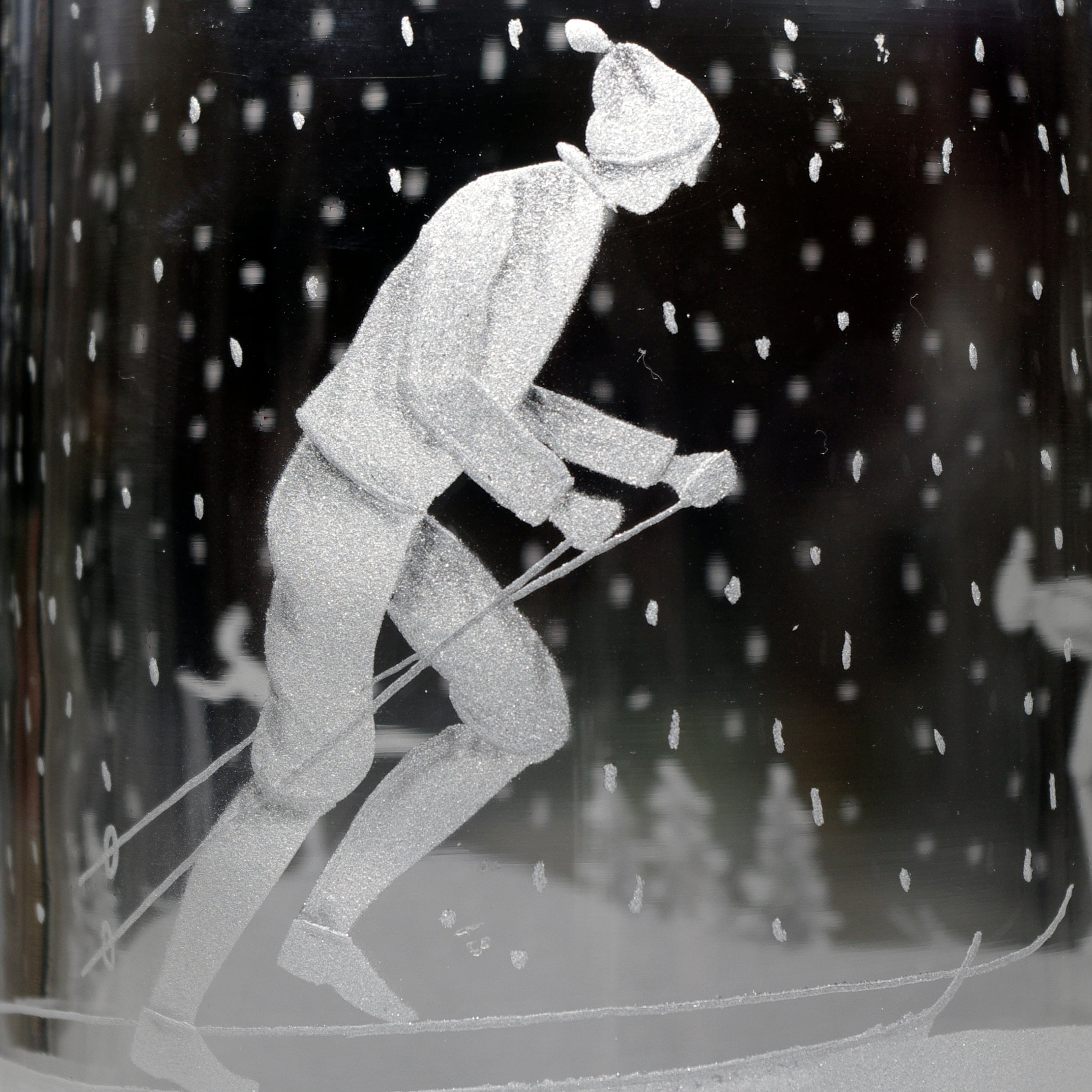 A big, wonderful vase, this is a great example of a fairly modern use of traditional Swedish glass-engraving techniques, made by master artisan, Ljupco Kočovski.

From https://www.fyrklovern.se/partnersamarbete/ljupco-kocovski...
During his career, Ljupco Kočovski experimented and developed many own techniques, making him one of the best in the profession. Orrefors glassworks discovered his talents early on and hired him as an engraving master after 3 years of education. Ljupco Kočovski engraves almost exclusively with copper knife, fast and skilled with the ability to engrave deeply and in detail, and at the same time give life to the decor with its polishing shadows. In 1975, Ljupco was accepted into Konstfack and at the same time many inquiries about engraving work from all over the world came. After working at Orrefors, he started an employment at Pukeberg's glassworks. Here he did many assignments for the Tourist Board, and he represented the Swedish glass empire in Germany and Switzerland. His trips around the world contributed to his inspiration, and one of his more well-known and esteemed works is the engraving on the glass doors of Växjö Cathedral.

Pukeberg is one of Sweden's oldest and most well-preserved glassworks. Since 1871, glass has been manufactured there in various forms, from utility glass, chimney glass, and gasoline pump glass to beautiful art glass.

This vase is large, 4.5" in diameter and 9.25" tall. It is in excellent condition, with no notable damage. I have never seen another piece like it, and had to dig deep to learn about the artist. It would be a perfect gift for the skiers in your life or a wonderful addition to your own collection. Lit from within, it would make a stunning holiday decoration! It is wide enough that I would comfortably put a small candle in it, within its own sturdy glass container. (I would not recommend a votive or even a tea light unless it's in another small glass.) It will be double-boxed and packed carefully.

This is a special one - thanks for looking!