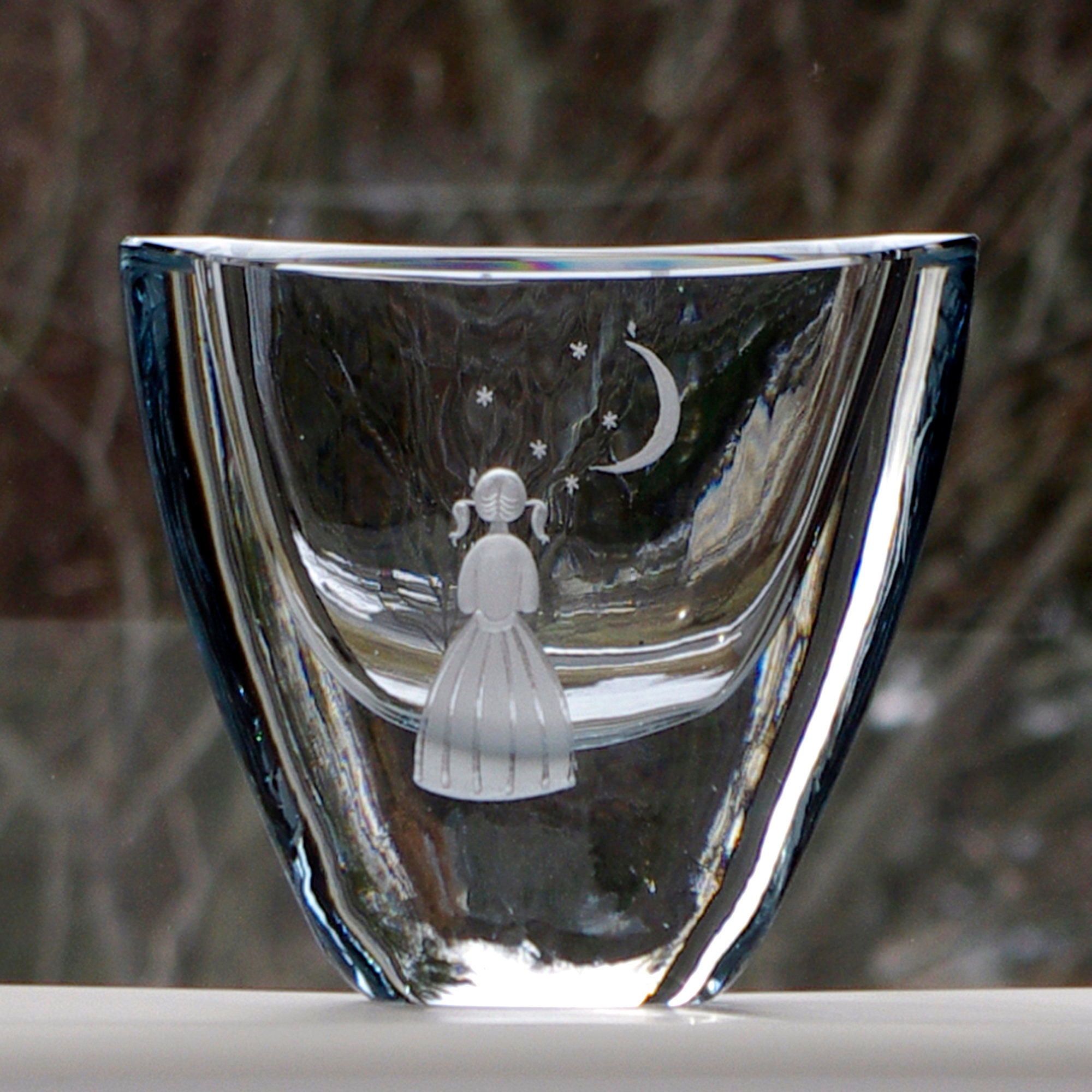 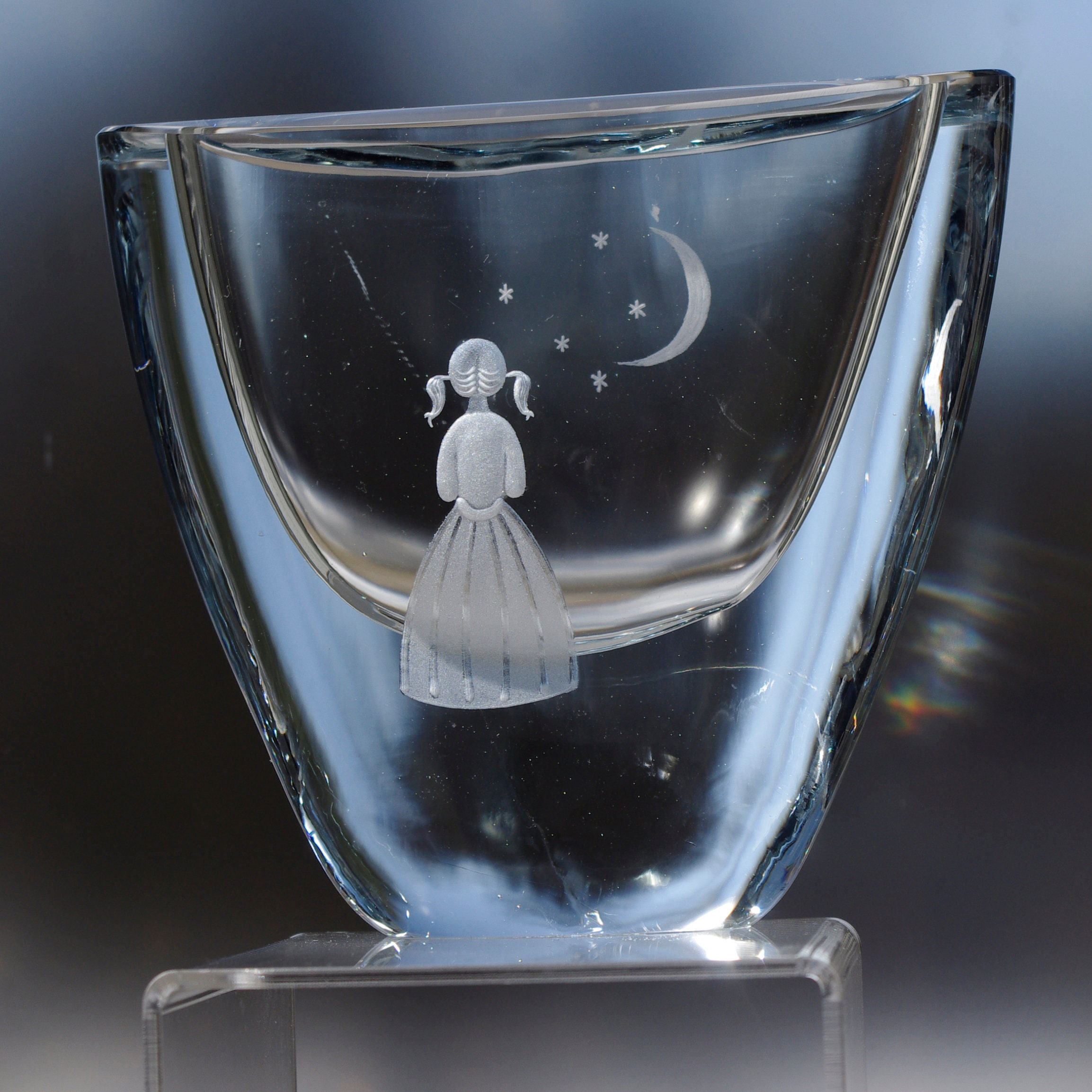 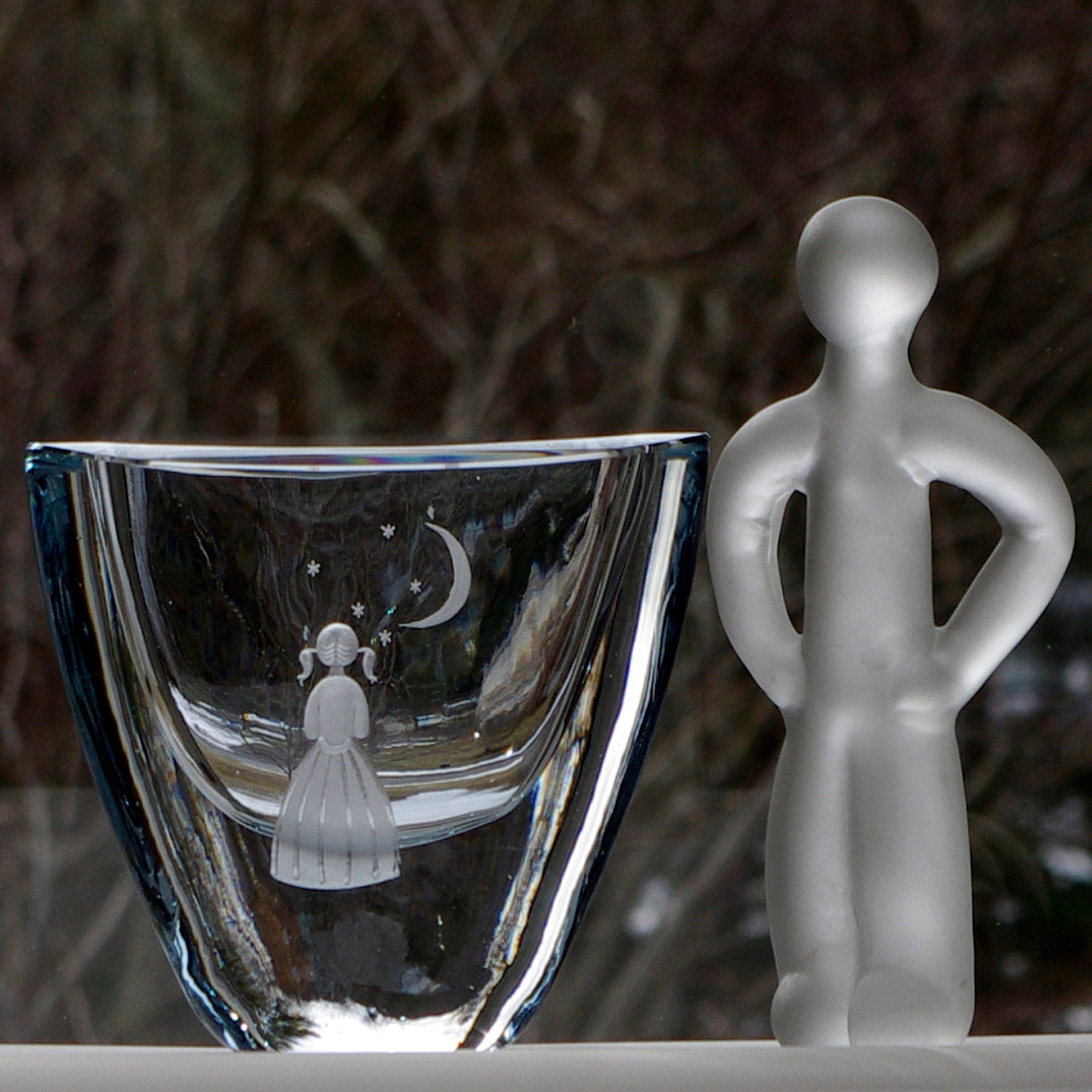 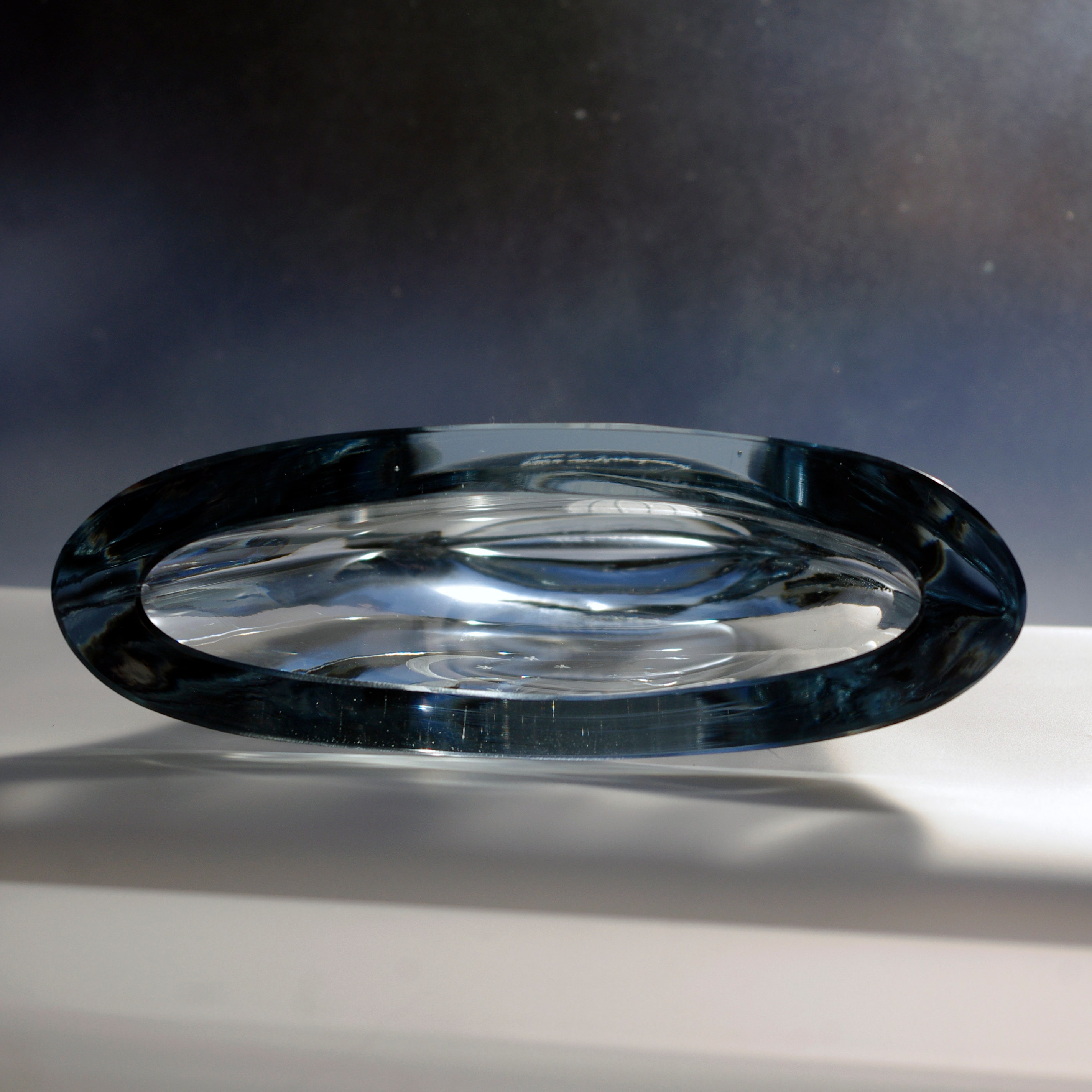 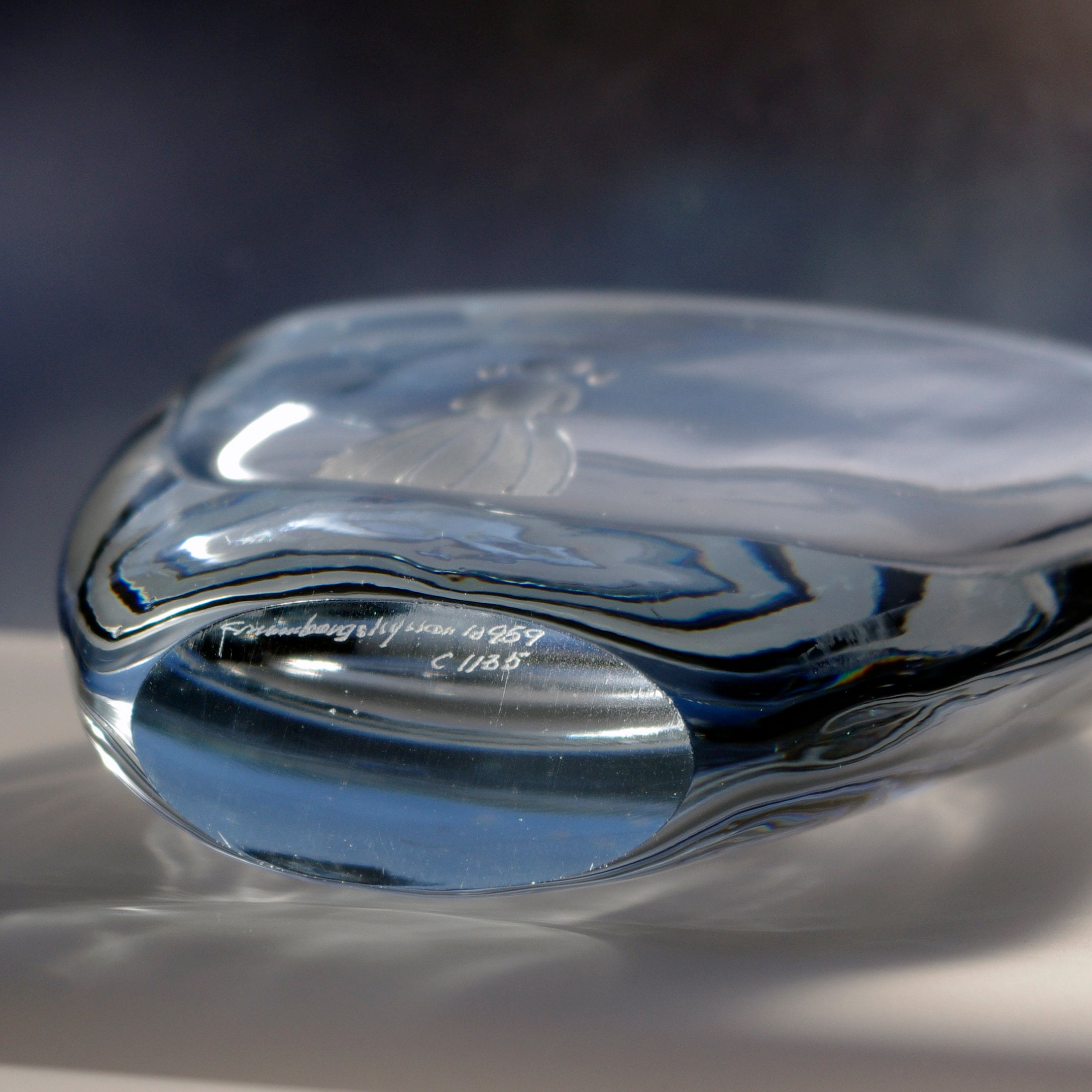 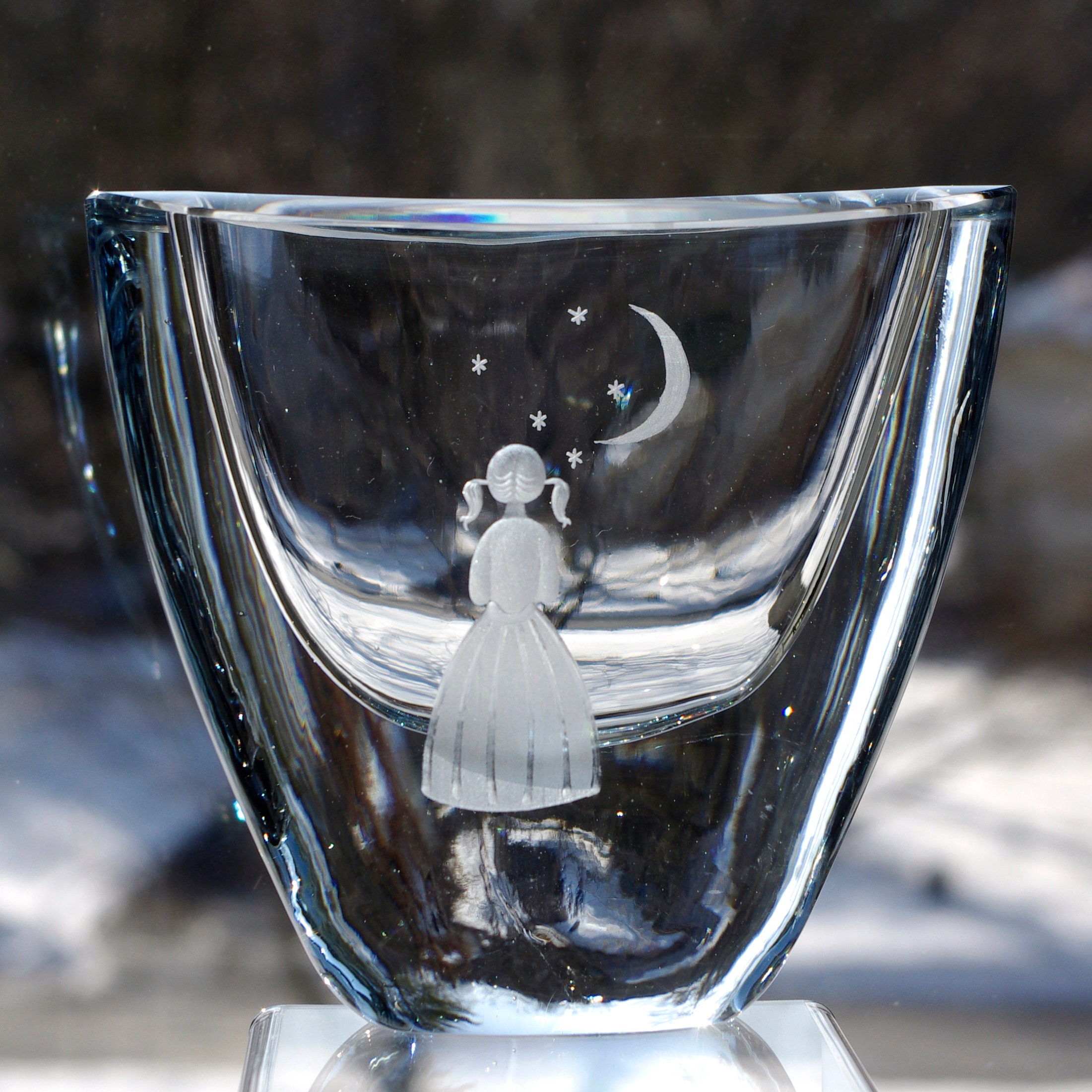 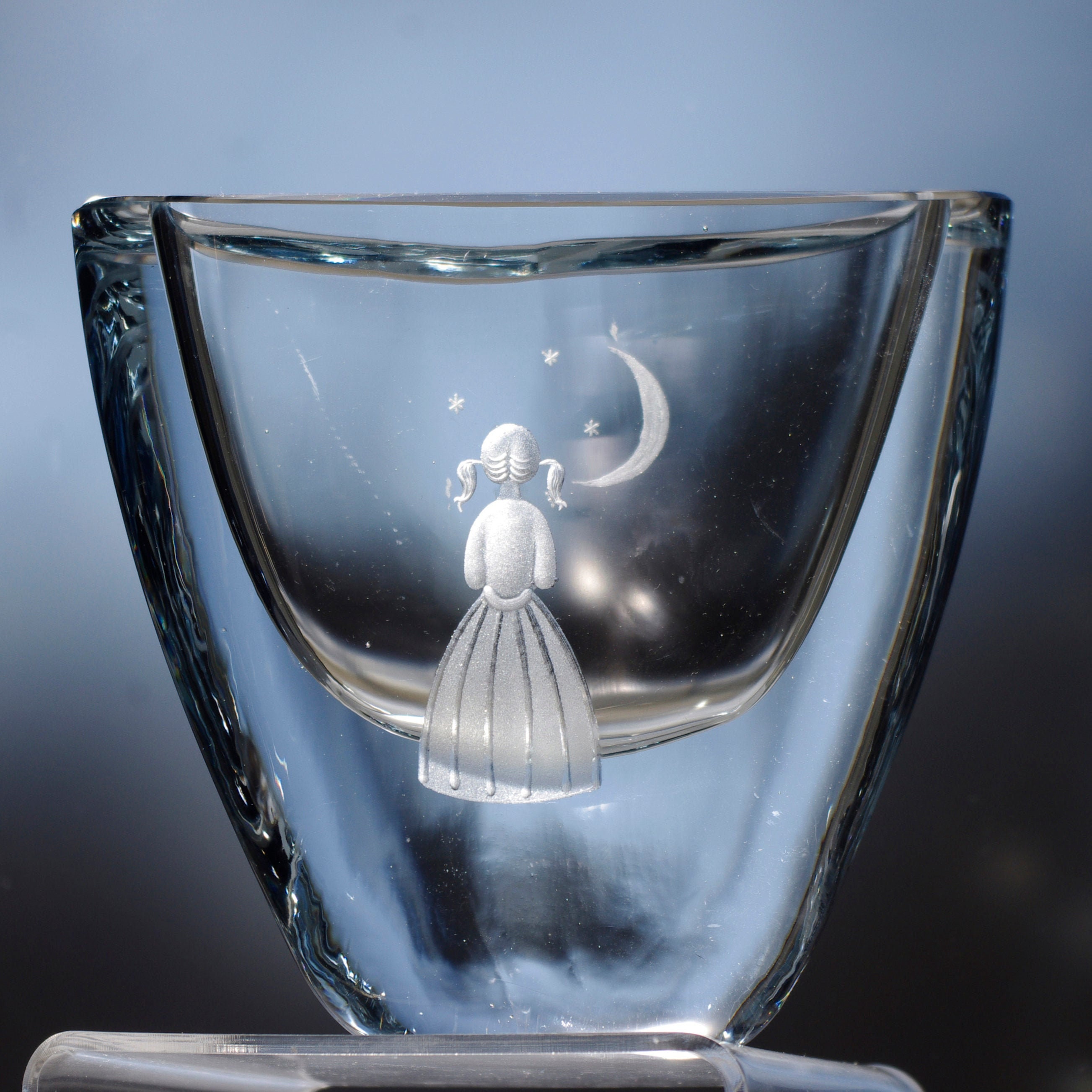 It not very big, 6" x 2" x 5.25", but quite heavy, weighing almost 3 pounds. It is in very good condition, clear and sparkling, with one noticeable scratch and no nicks or chips. The numbers on its base tell us about the date of the vase design and the motif design. The vase, B959, was designed in the late 50's and the motif, C1135, was designed in the late 60's or early 70's.