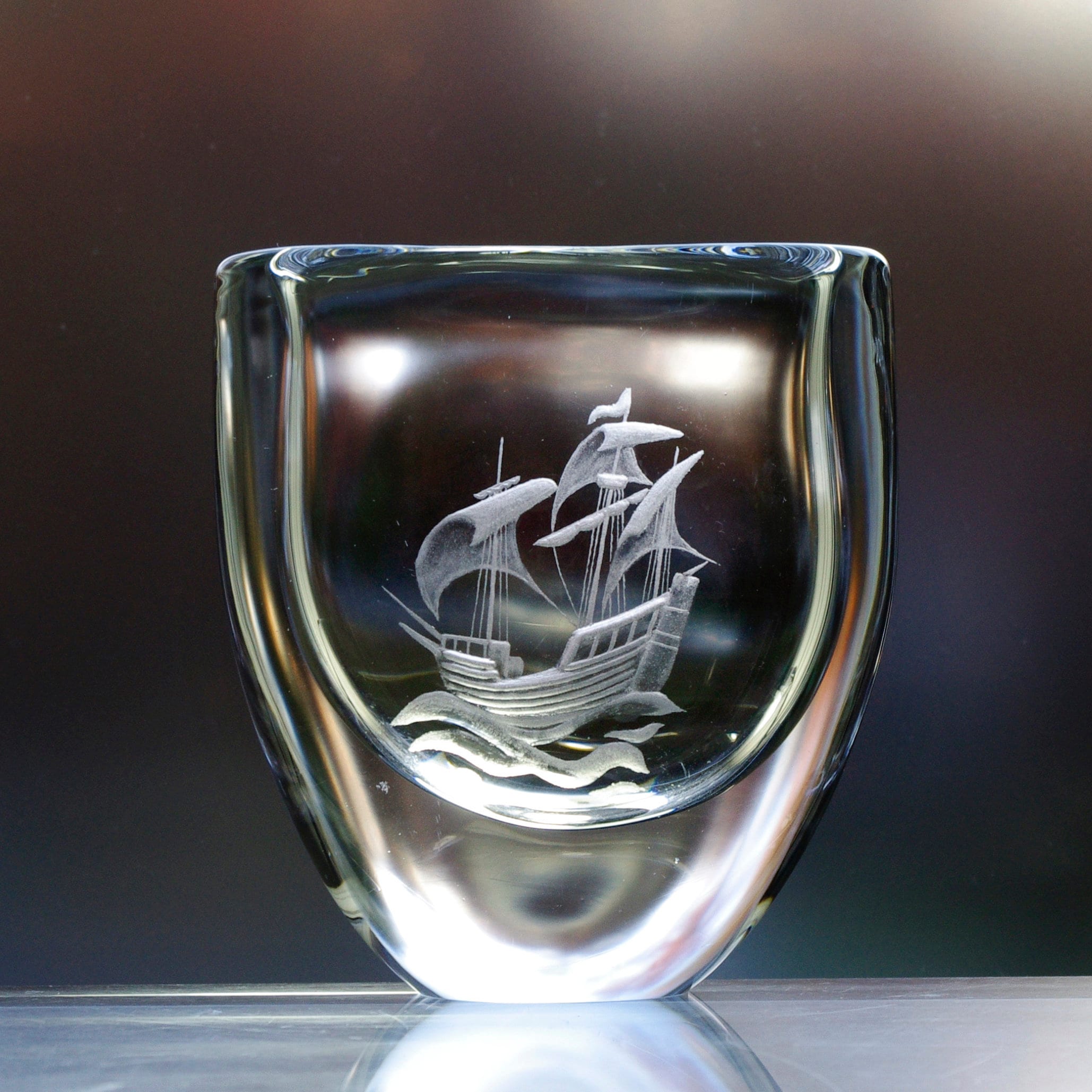 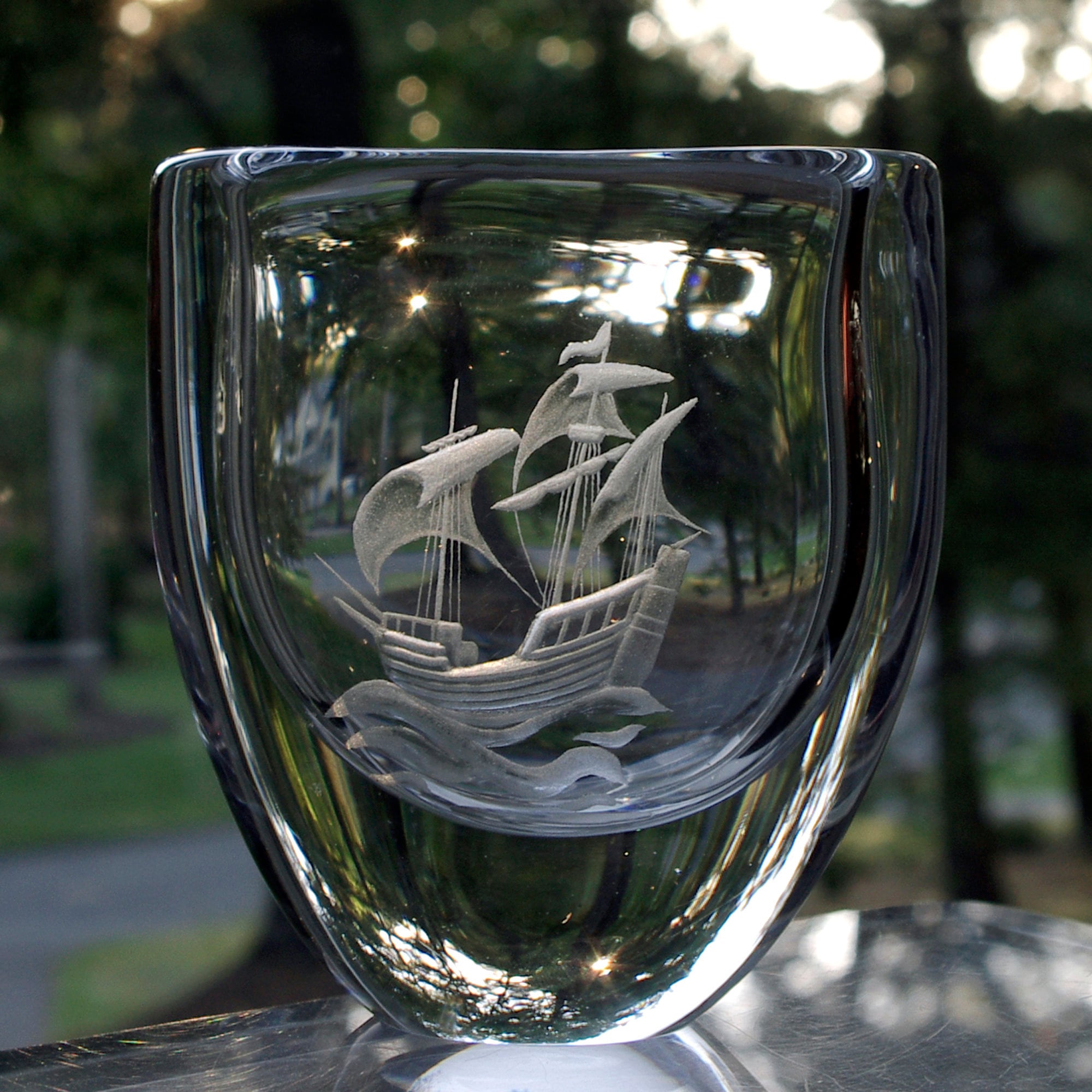 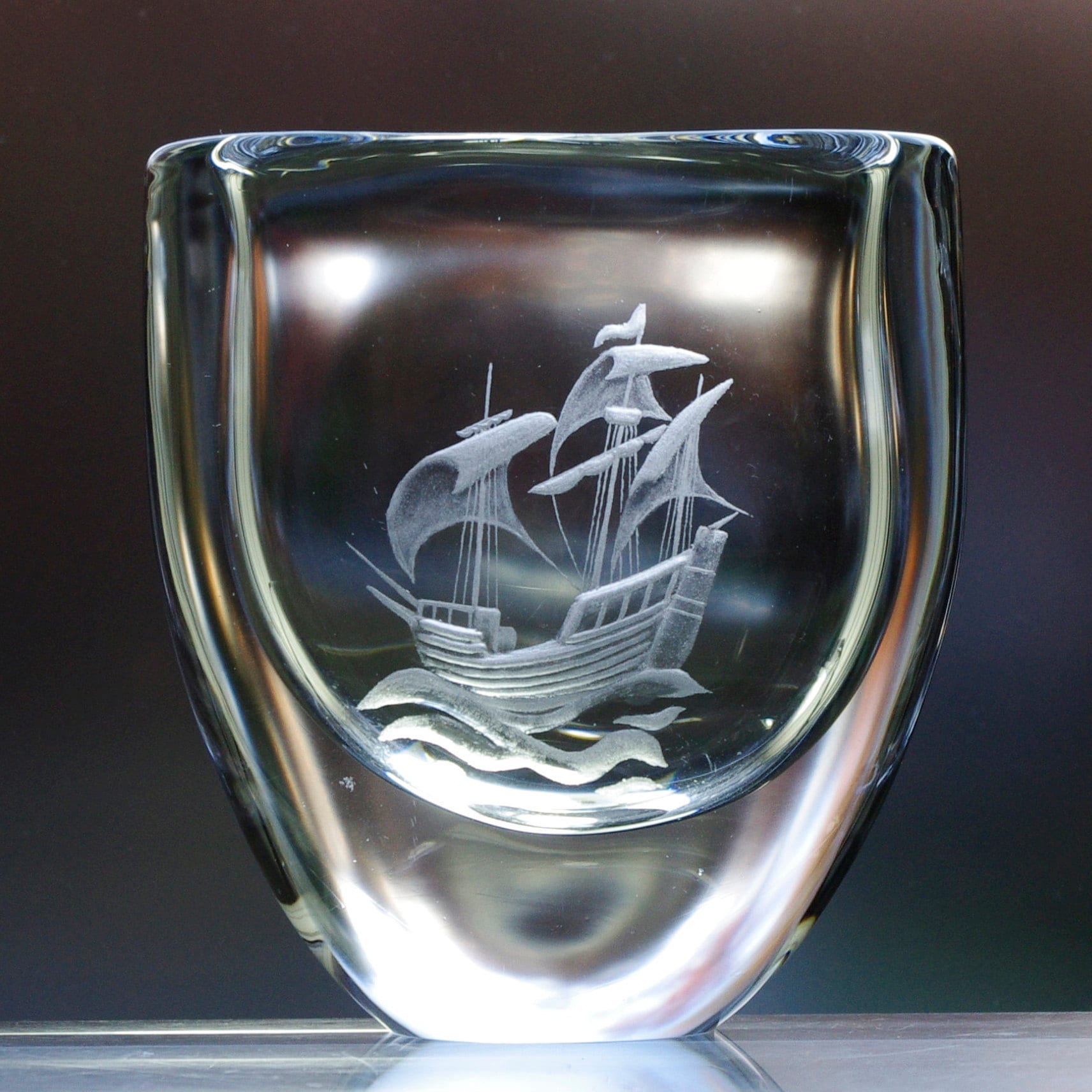 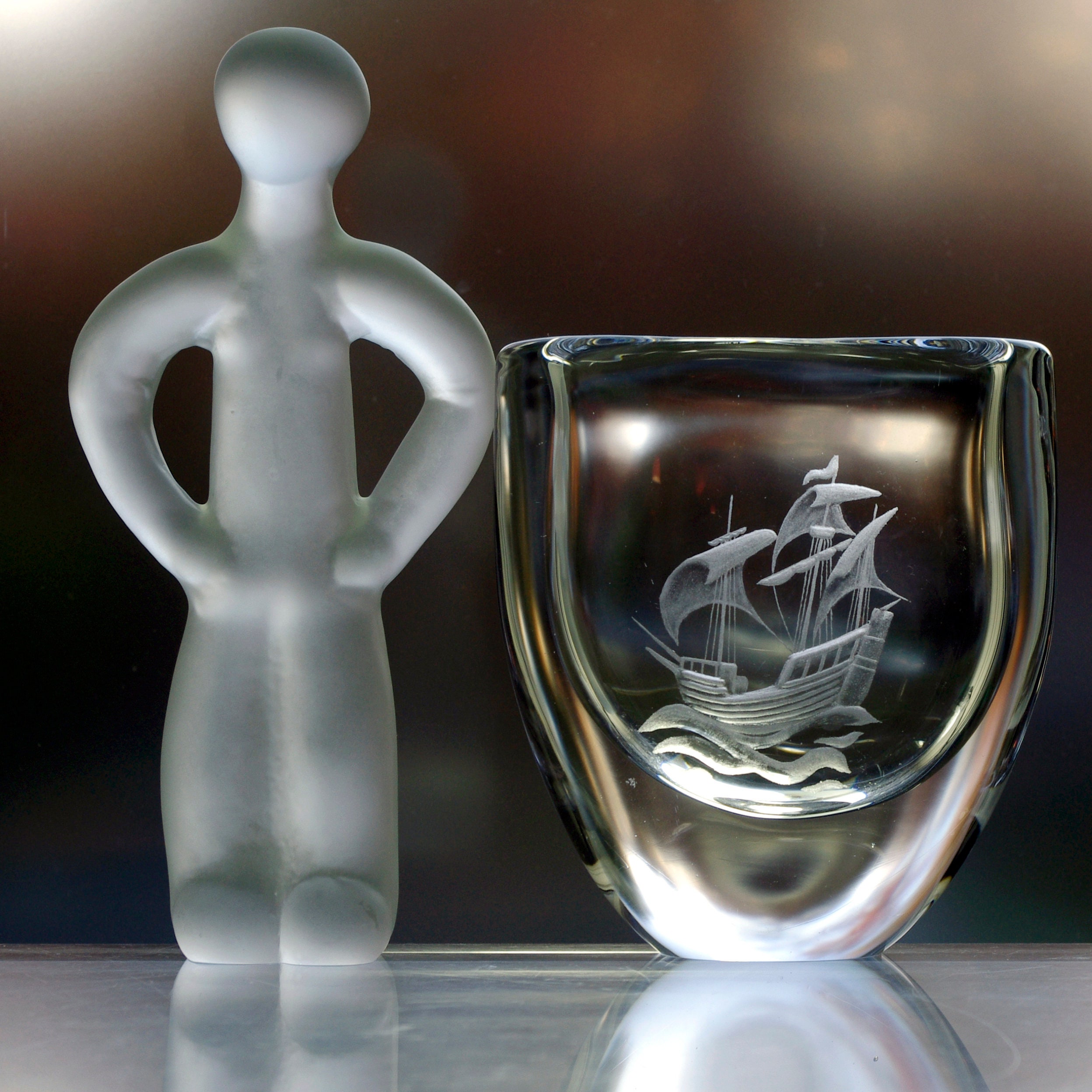 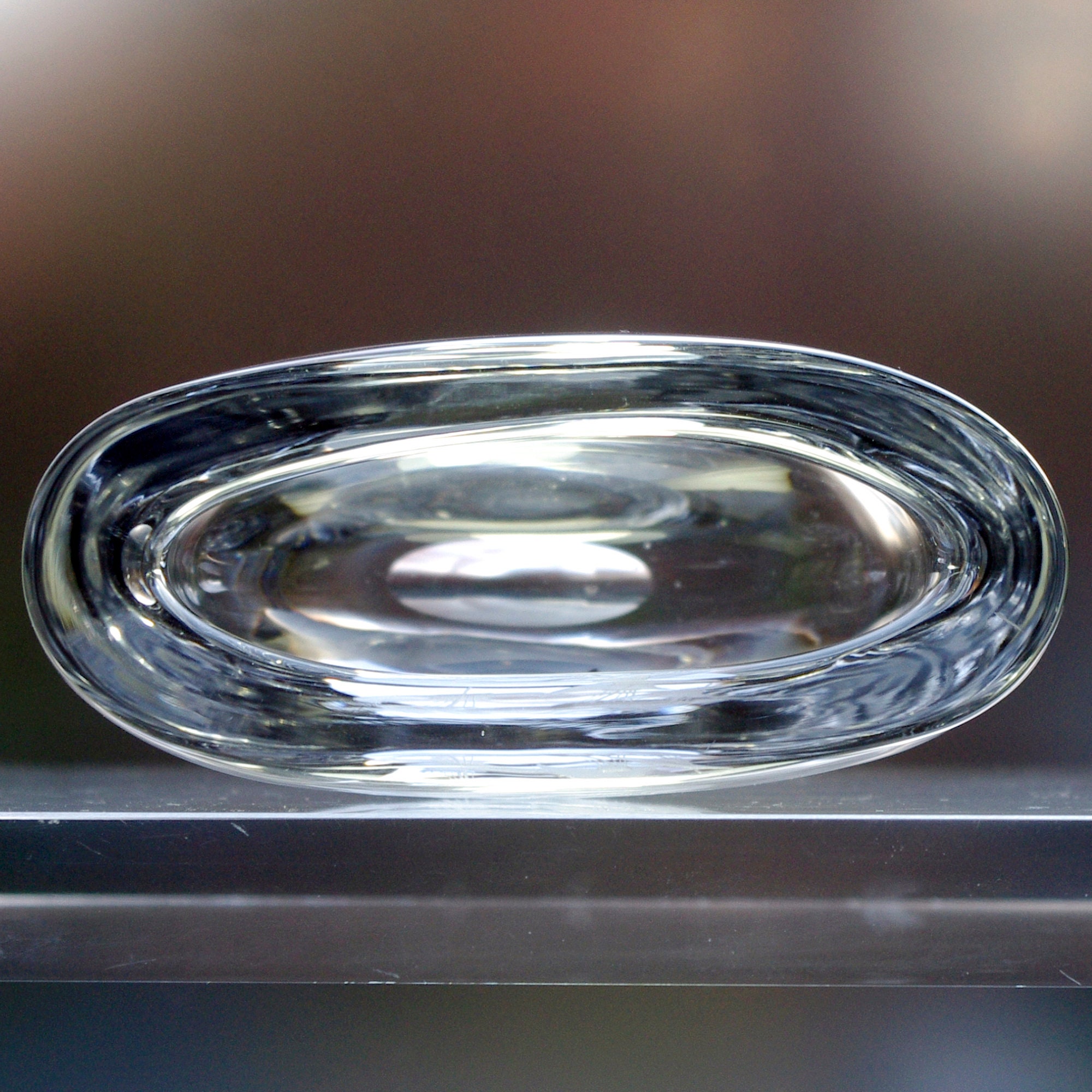 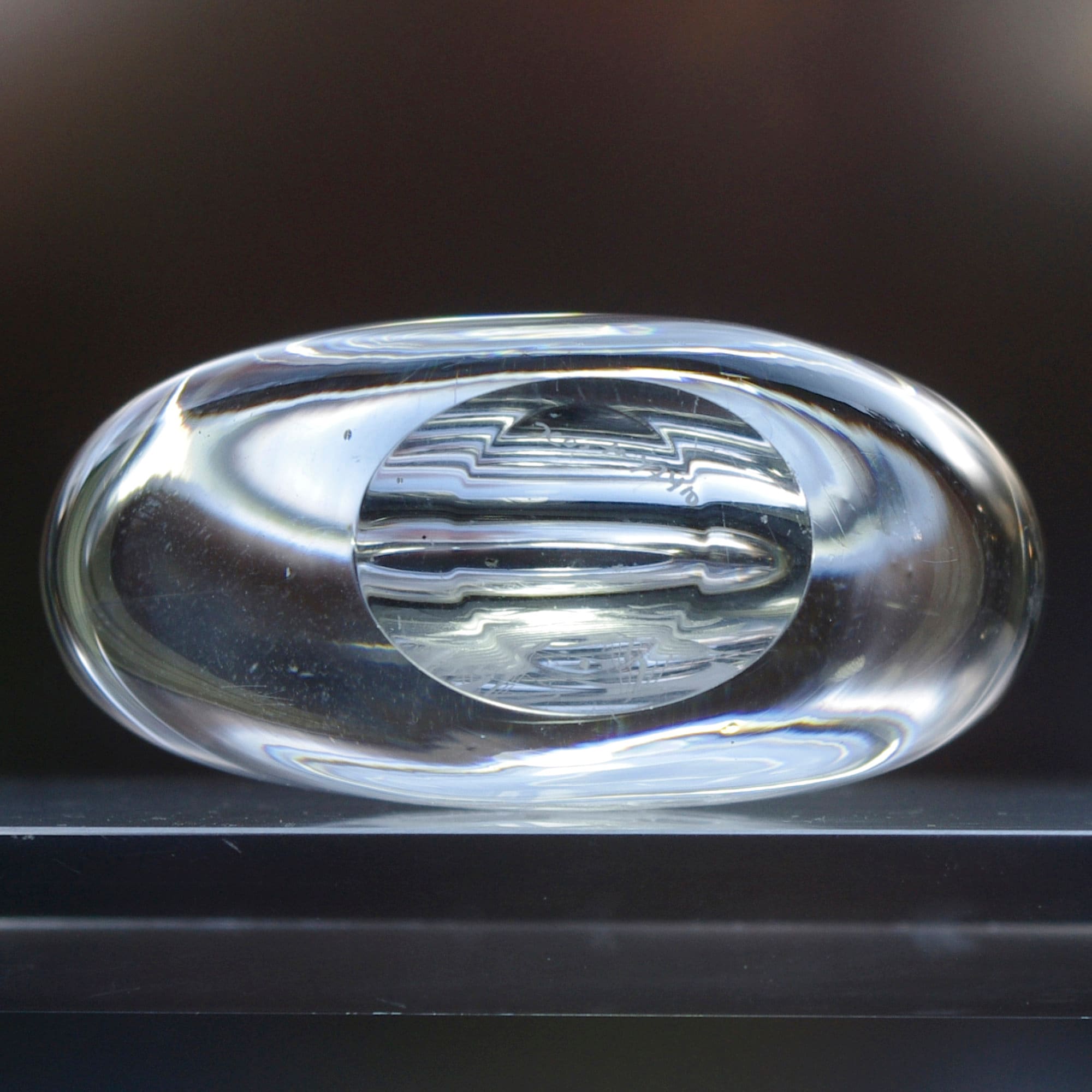 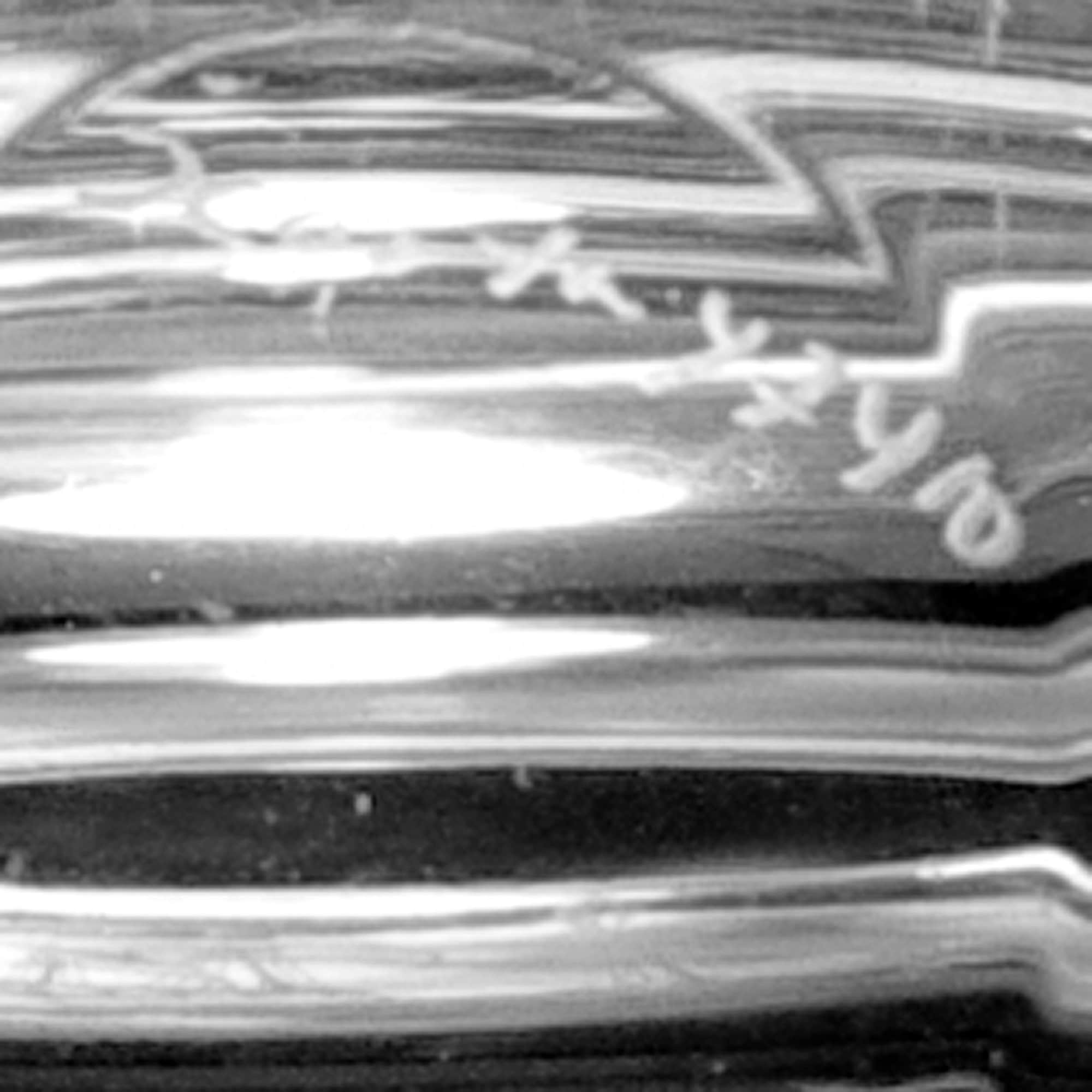 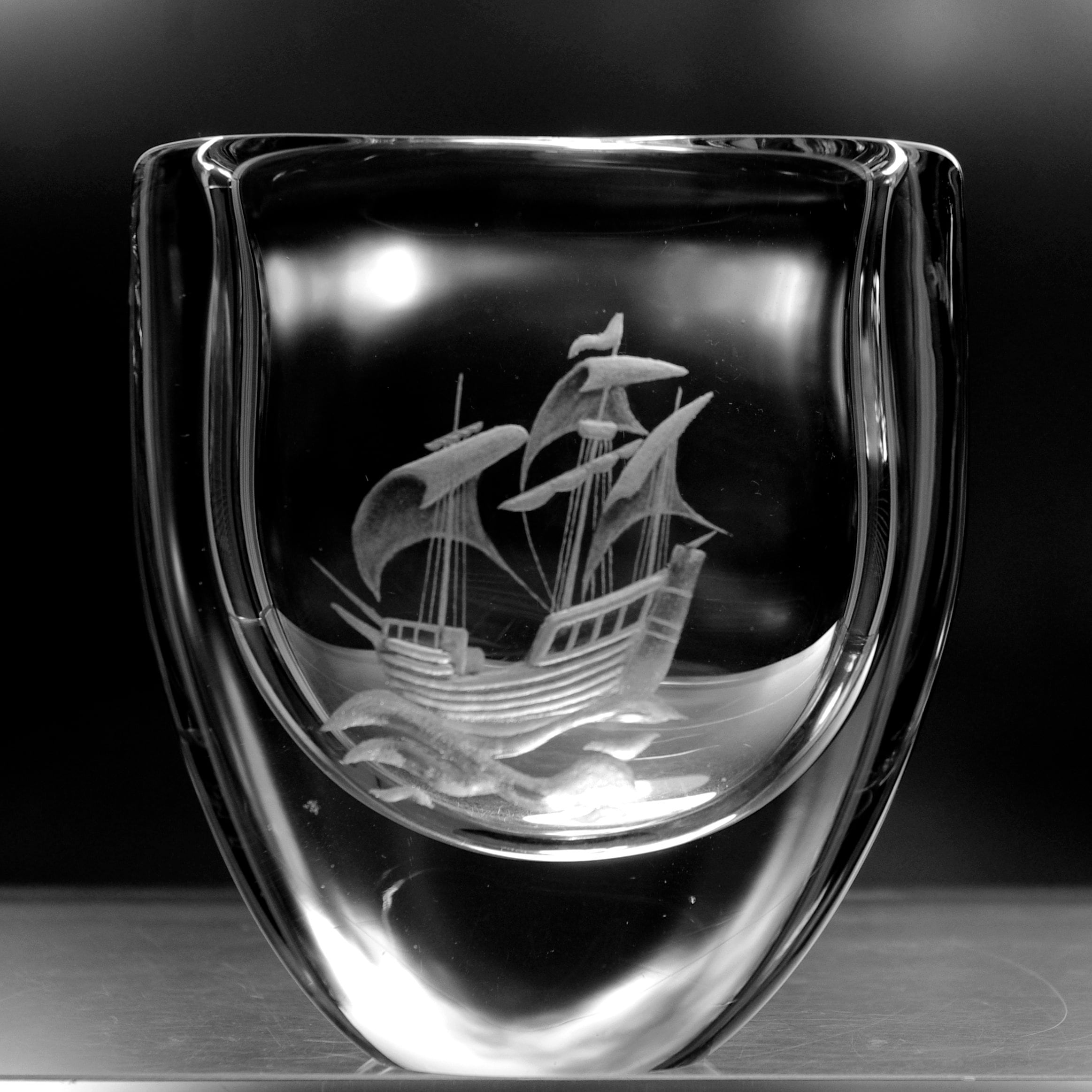 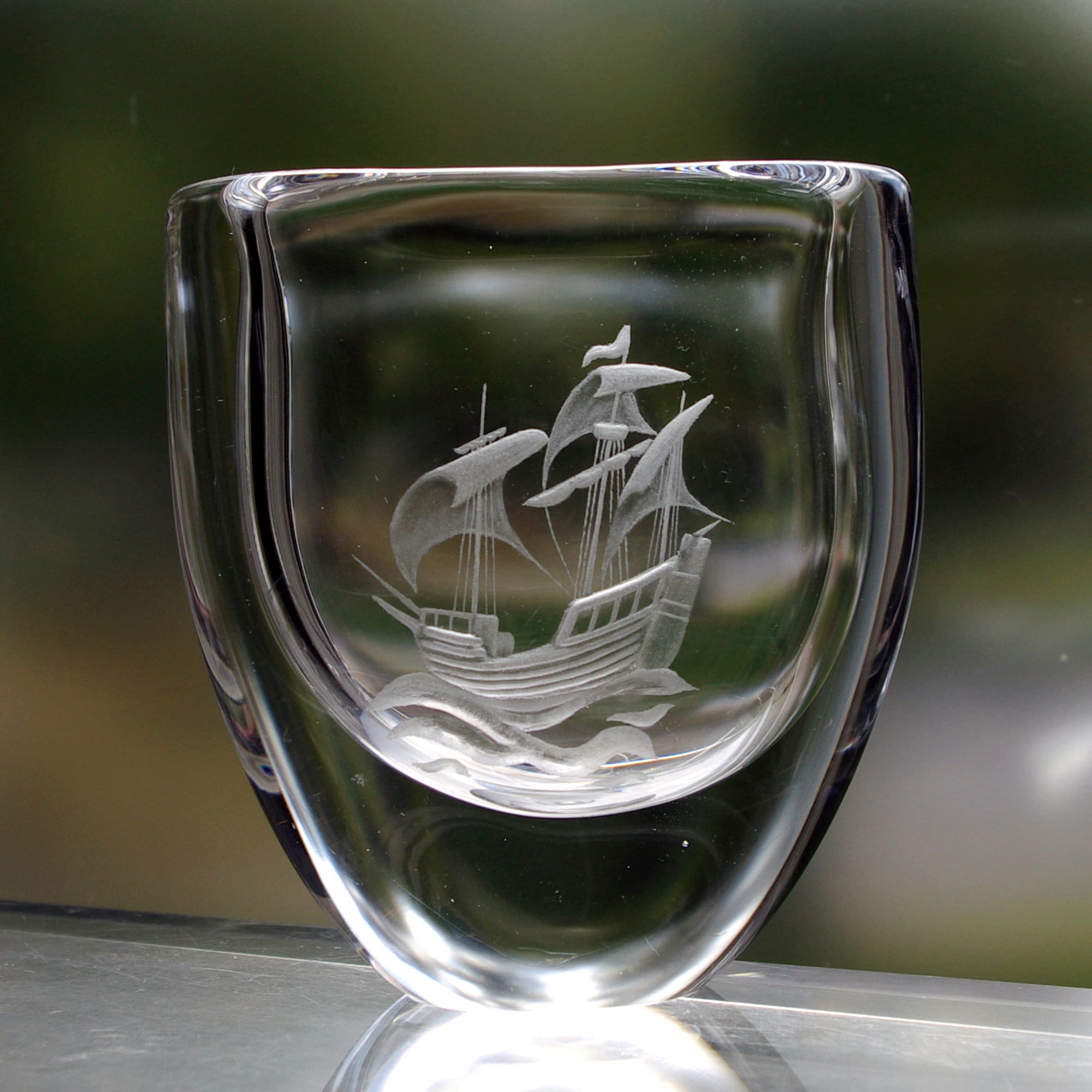 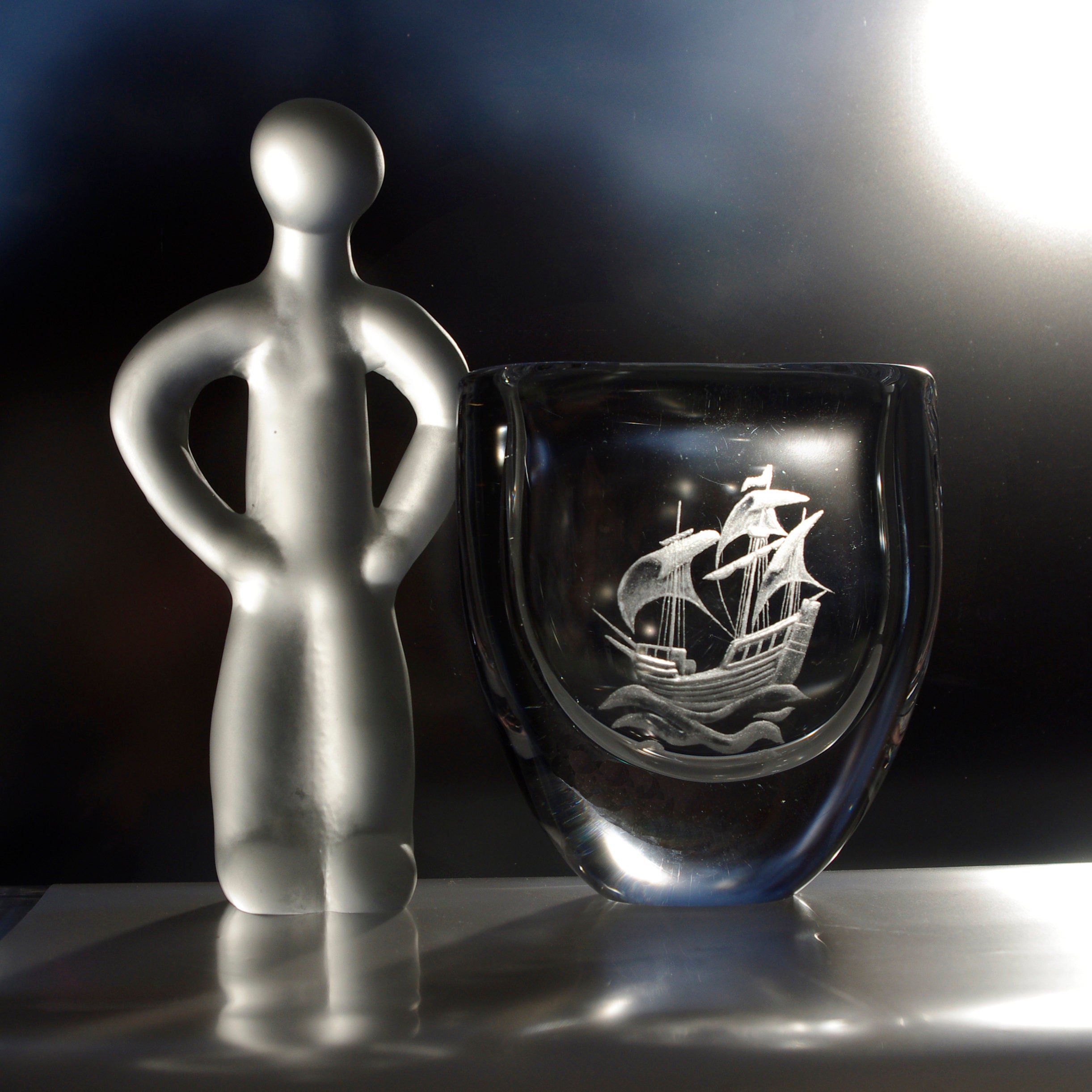 The stunning clipper ship, plying the rolling seas on this Swedish art glass vase, was designed by Vicke Lindstrand. Although Lindstrand left Kosta in 1973, the code 47410 on the base tells me that this vase was made in 1974, so it was a popular motif. The vase is a perfect size for display, 4.25" x 3.75" x 5", and it weighs 2 pounds. There are a few tiny scratches, which are expected as signs of use for its vintage. I love the heft of this piece - the freeform, handblown glass feels solid and looks substantial.