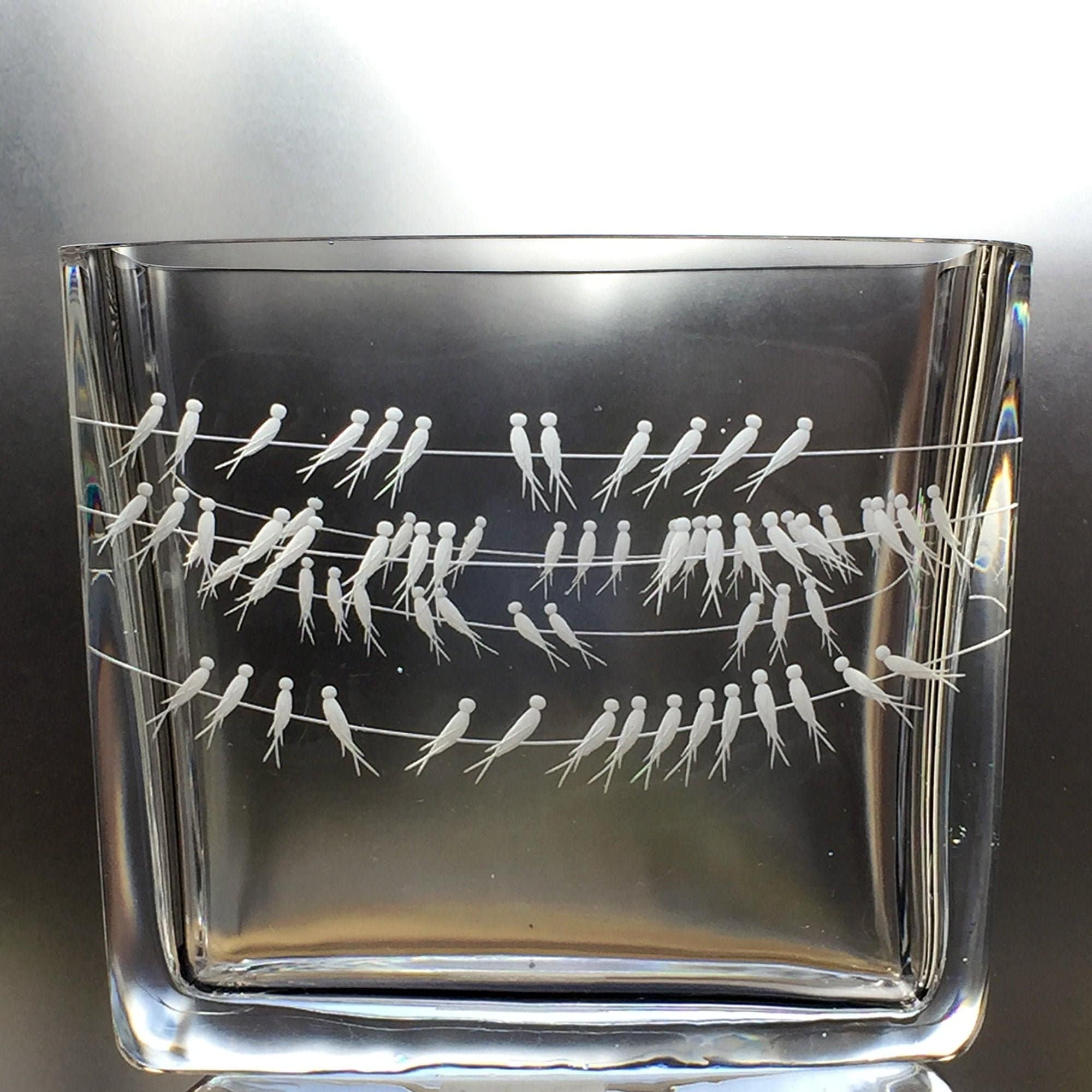 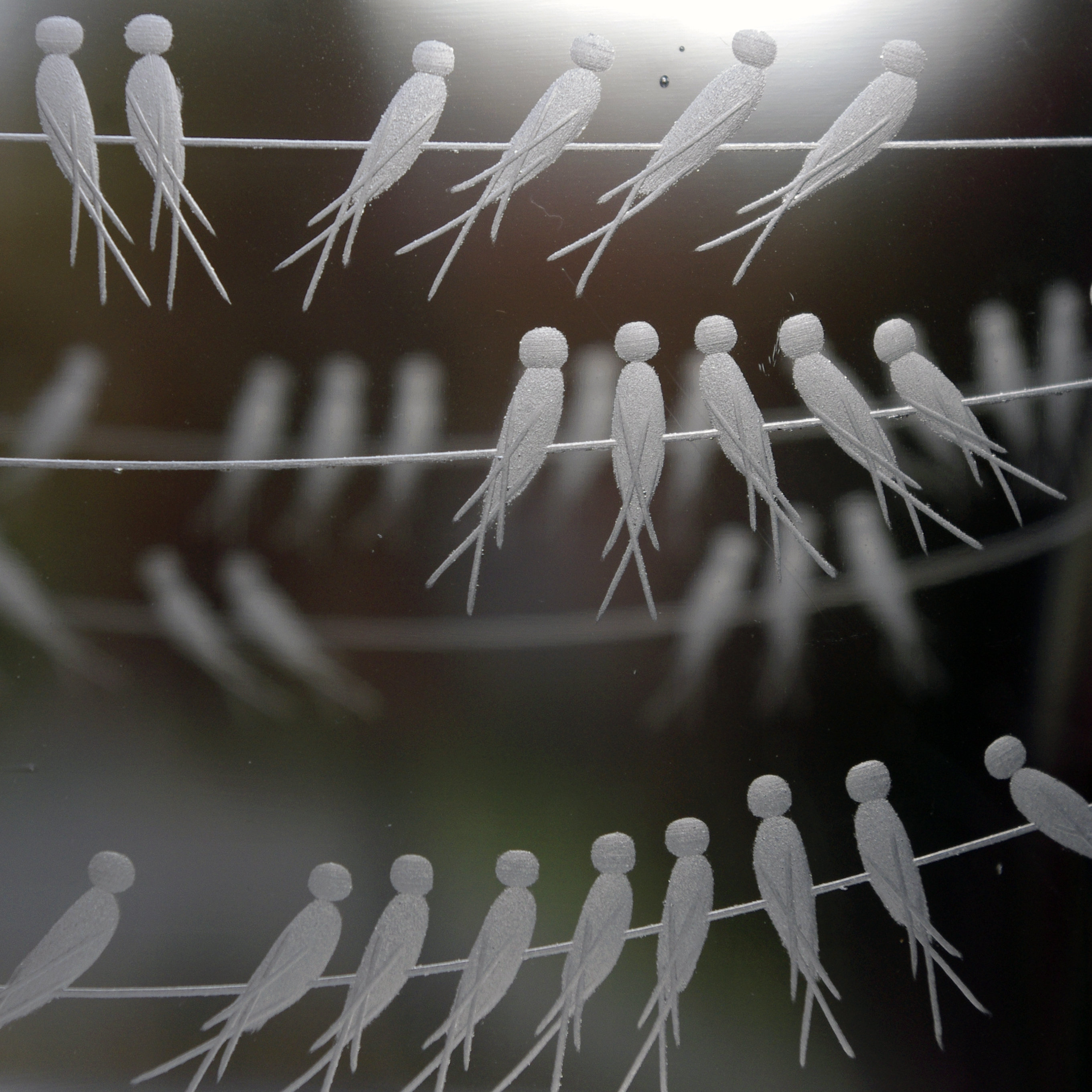 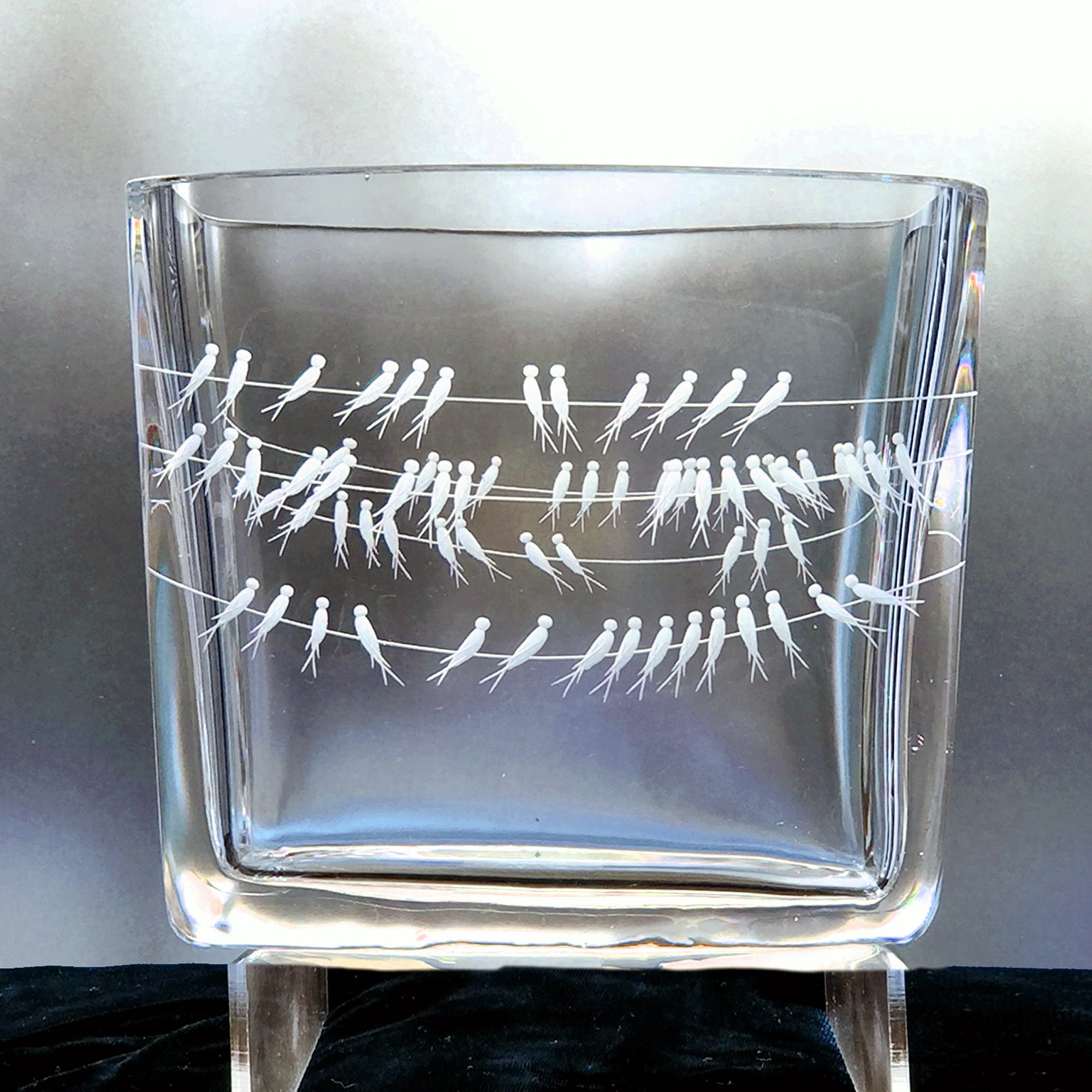 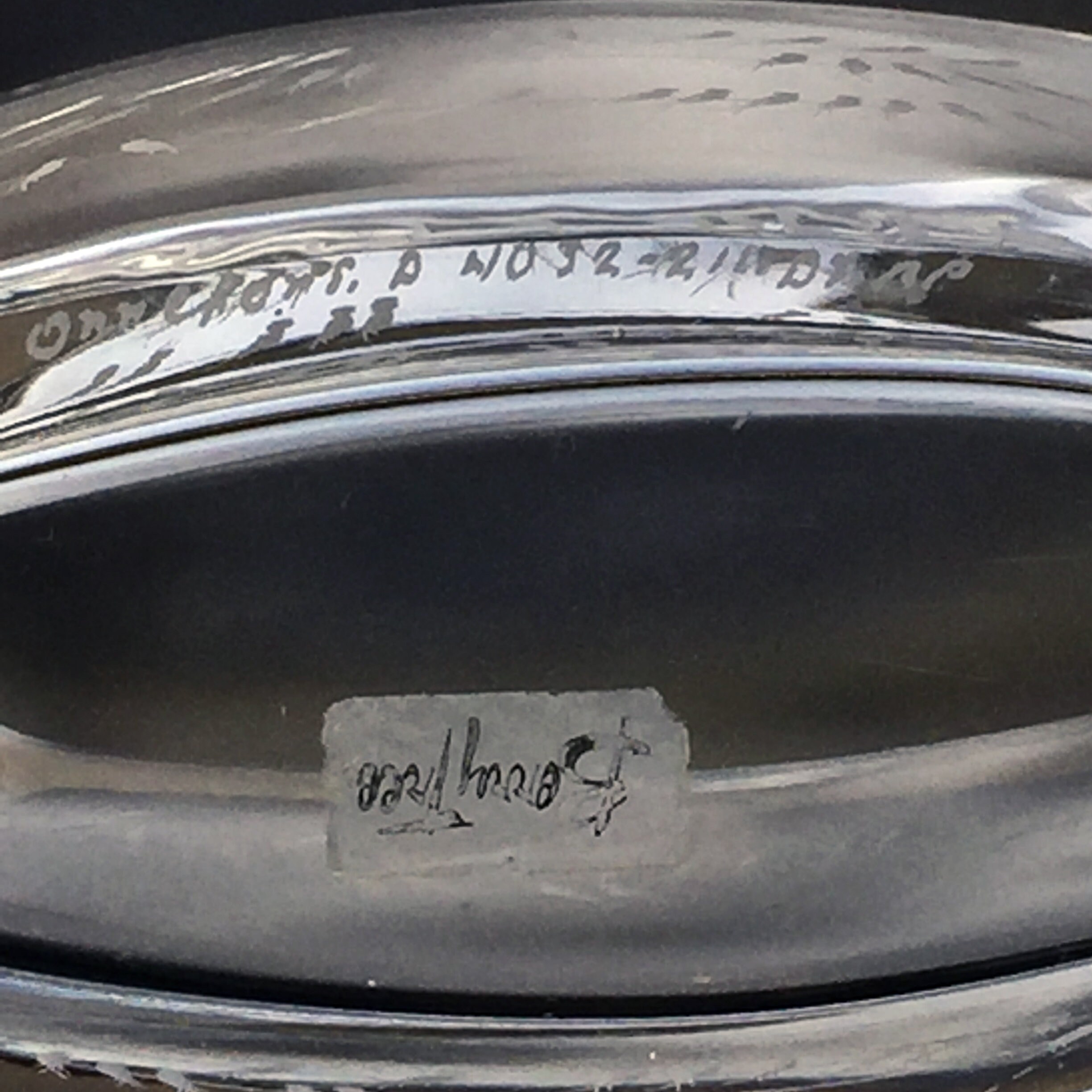 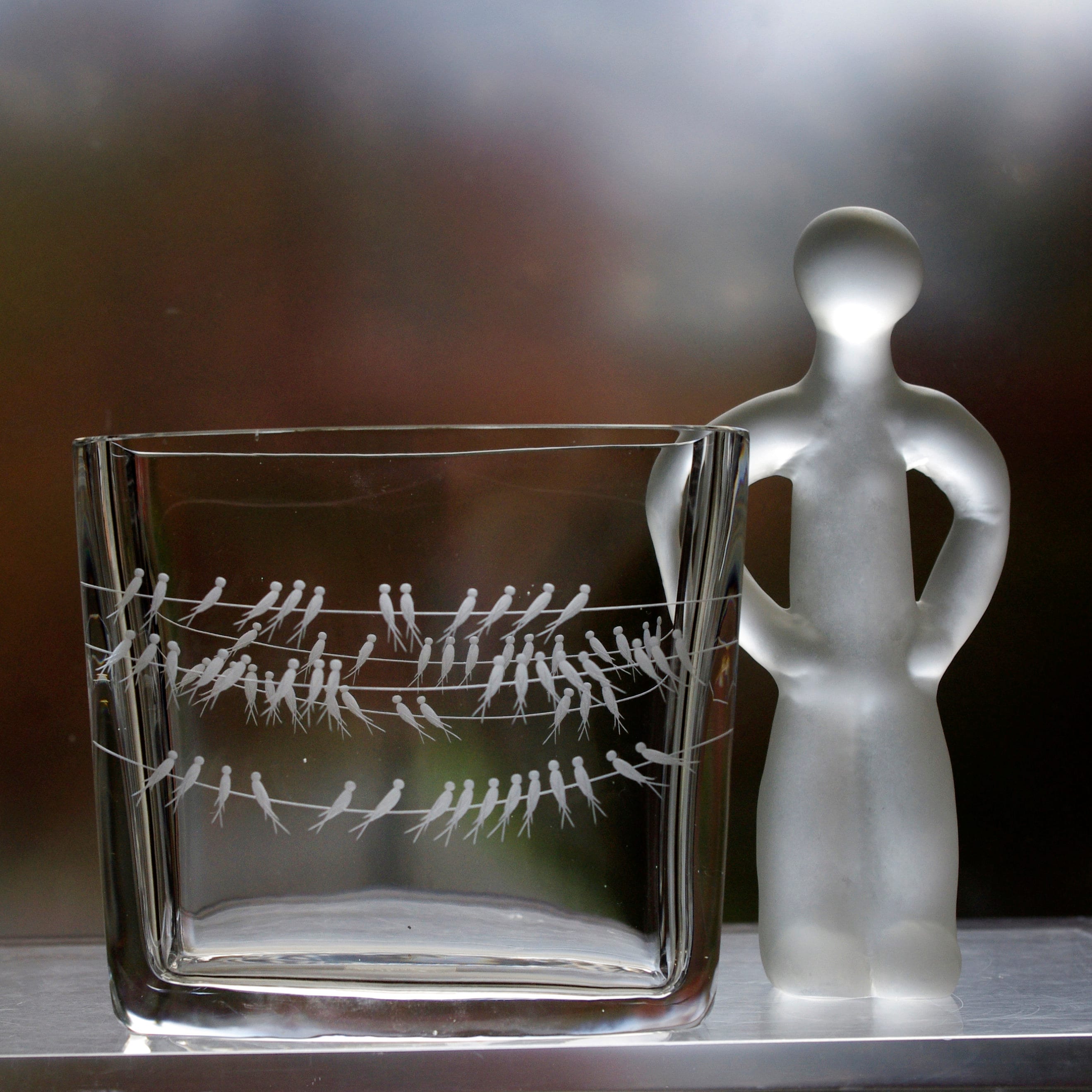 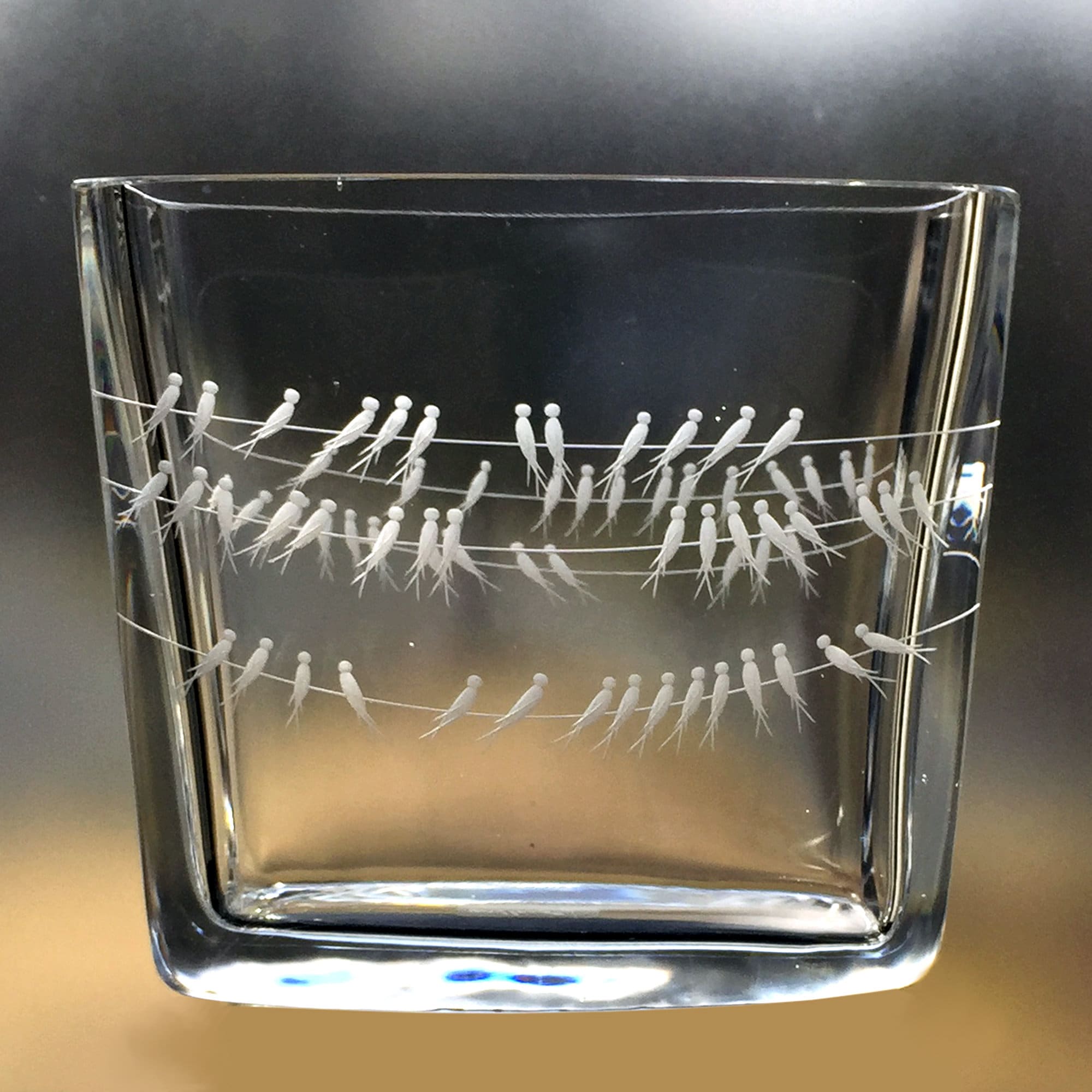 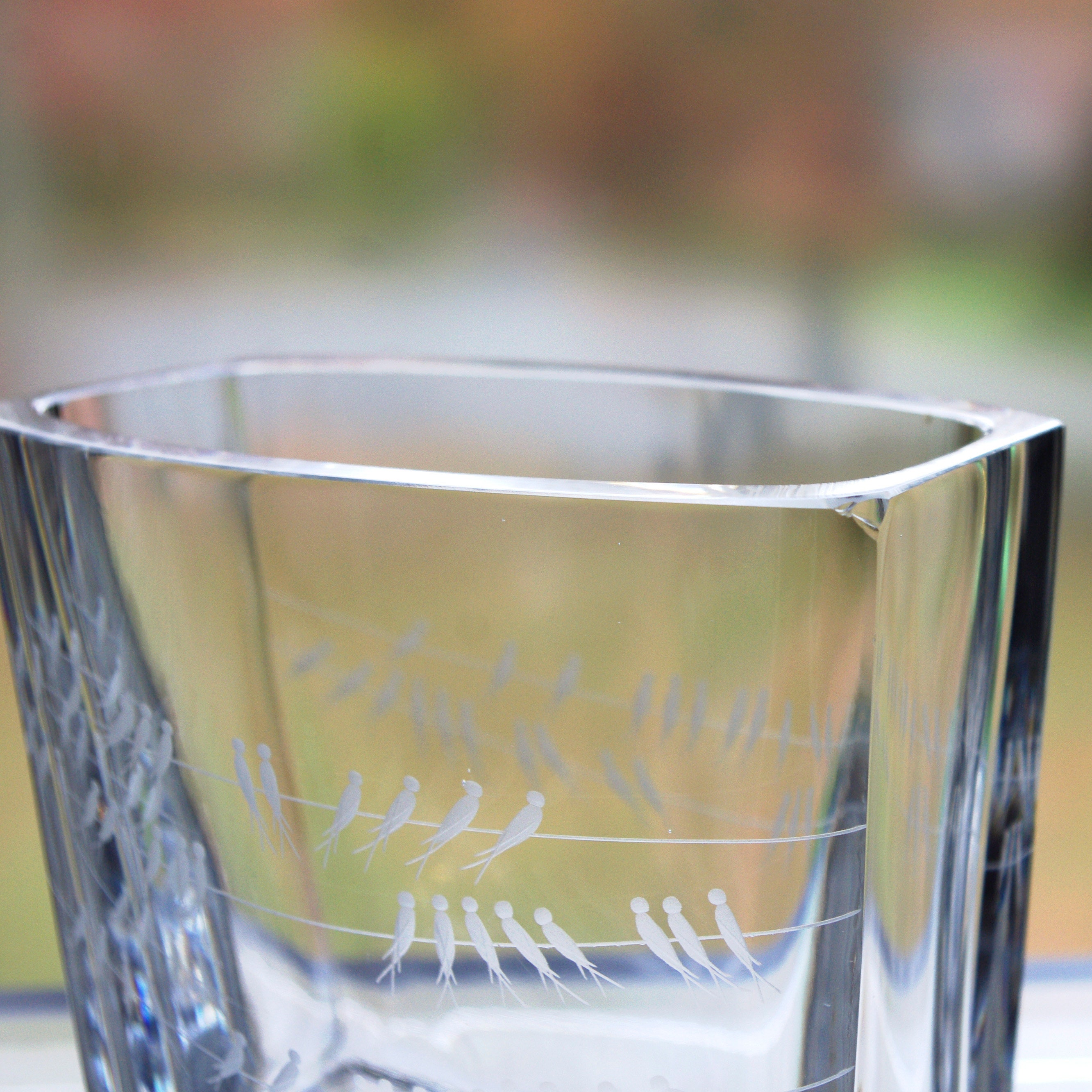 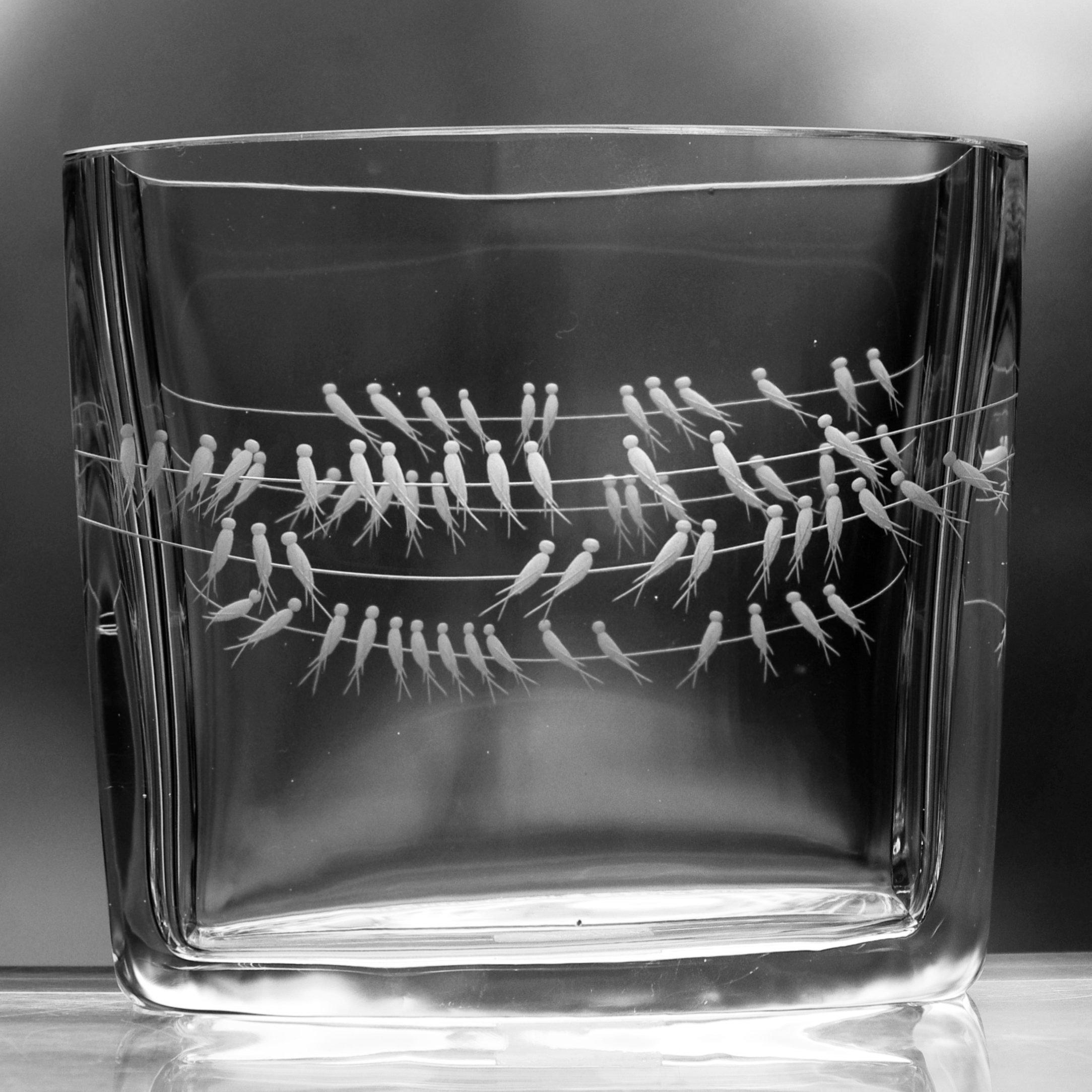 Ingeborg Lundin was the first female artist hired at Orrefors. She worked there from 1947 to 1971, and may be best known for her large, delicate, very round, handblown, "Apple" vases. By contrast, this sturdier piece is blown into a mould and copper-wheel engraved. Lundin's engraved motifs always show a touch of whimsy, and I think these birds are no exception. They also harken back to some early work by Edward Hald at Orrefors.

This is a medium-sized vase, 6" x 3.25" x 5.25", and heavy, weighing 3.5 pounds. The design code 4032 tells me it was designed around 1961, the date code D7 means that this particular piece was made in 1968, and the initials RP refer to the engraver, Rune Petterson. I never noticed it until today, but one corner has a chip. It was hard to photograph, because it is on a beveled corner. It is a very sweet vase, and its 51-year-old surface is otherwise unblemished. According to the sticker on the base, it was purchased at a store called Berry Tree, probably in the US. Please let me know if you know of the place!