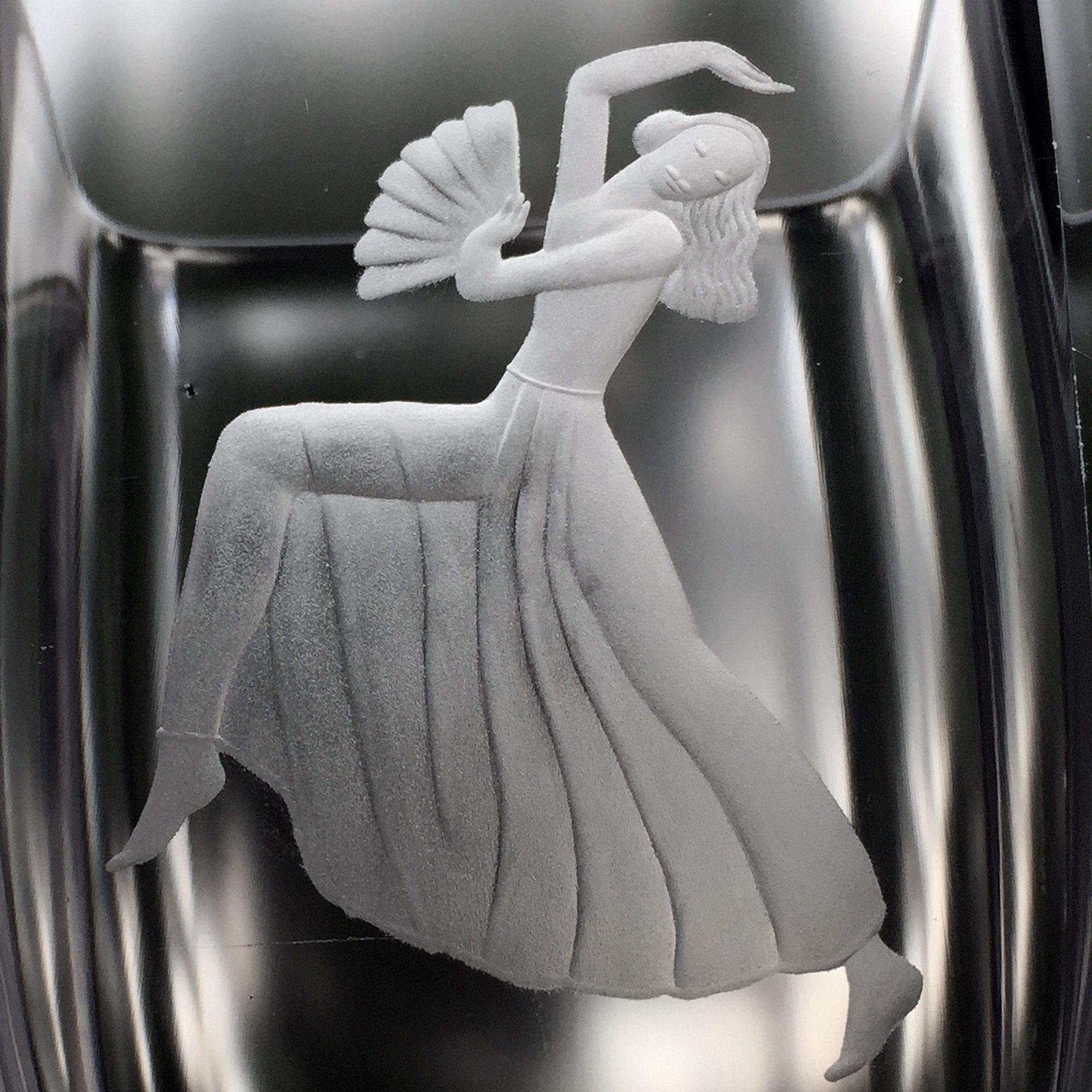 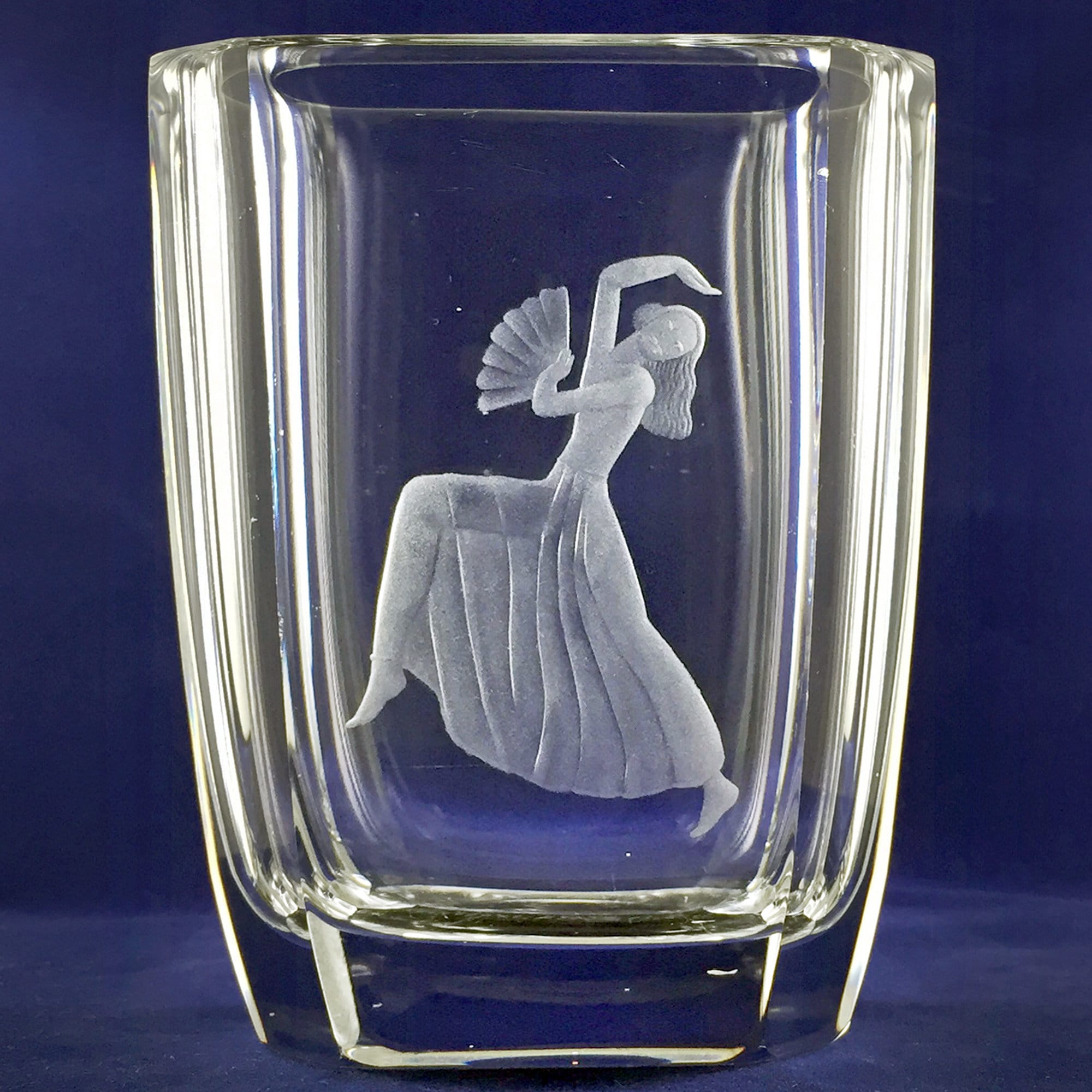 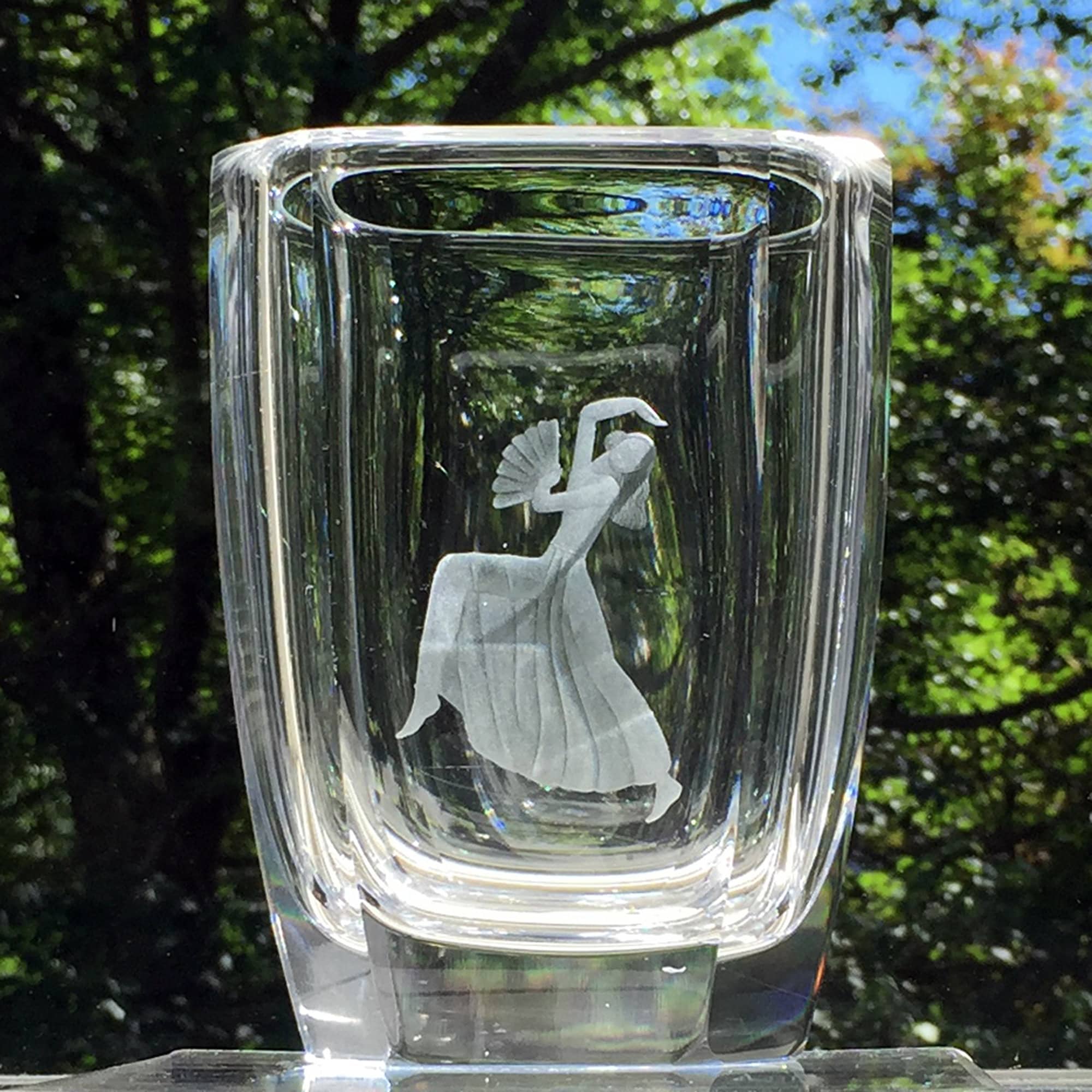 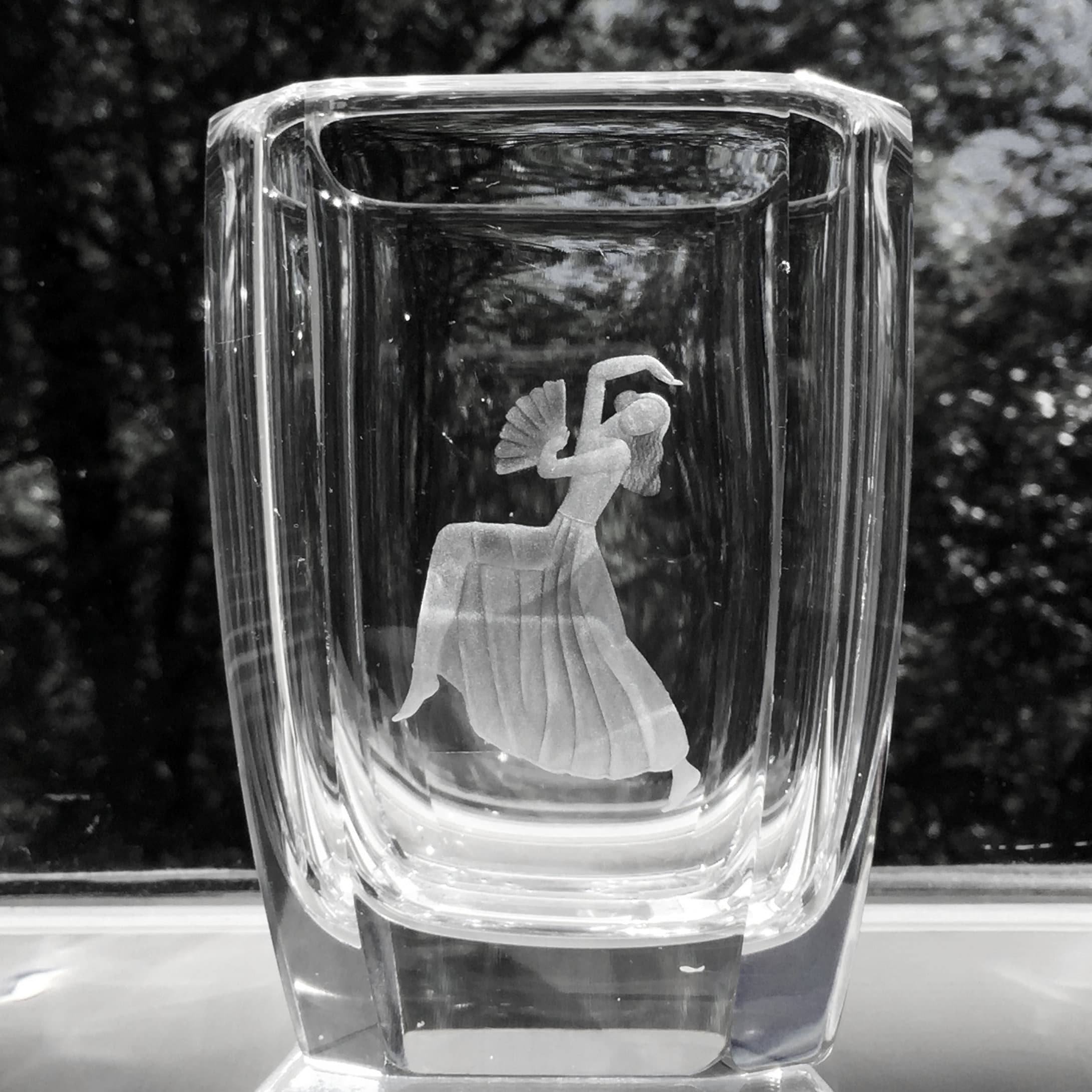 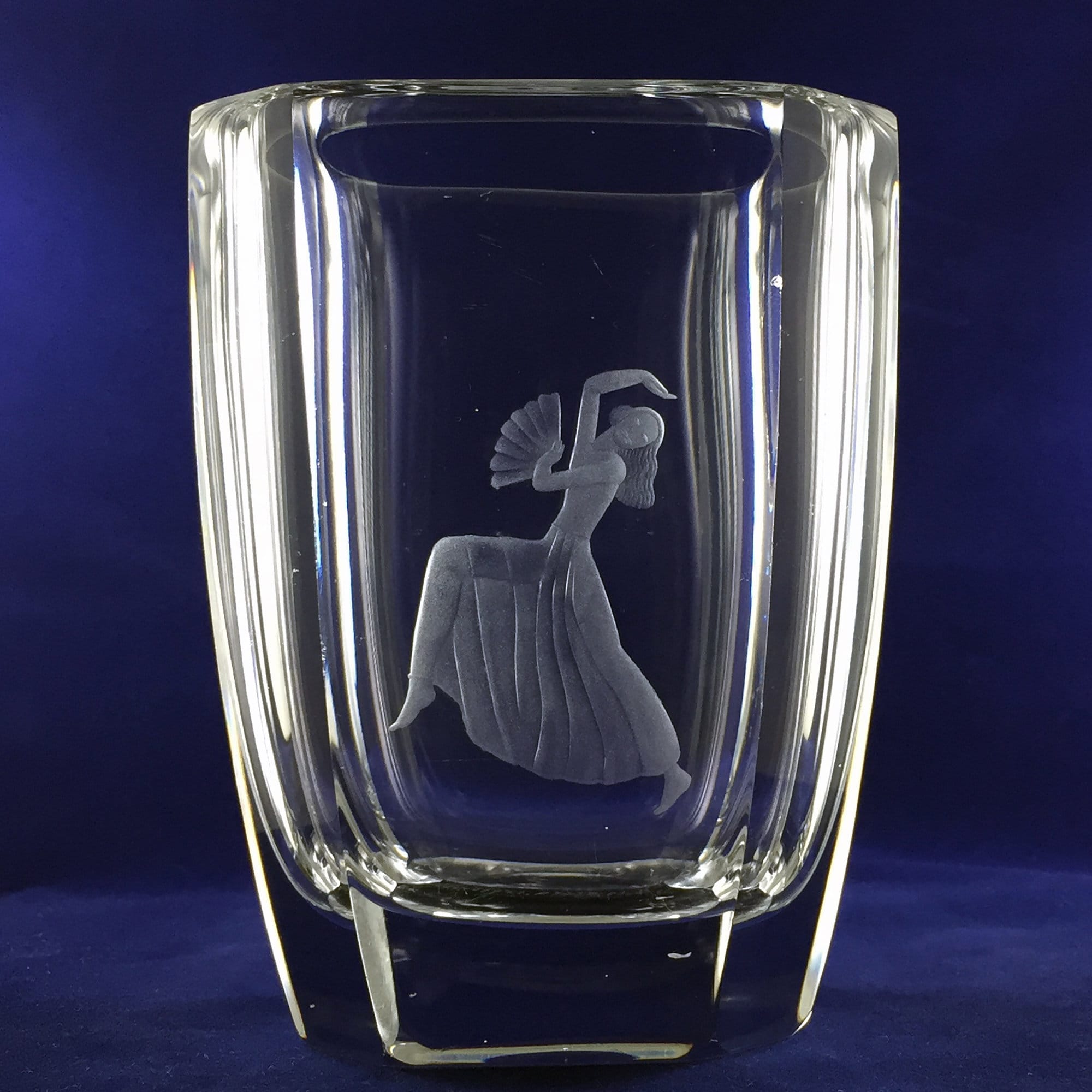 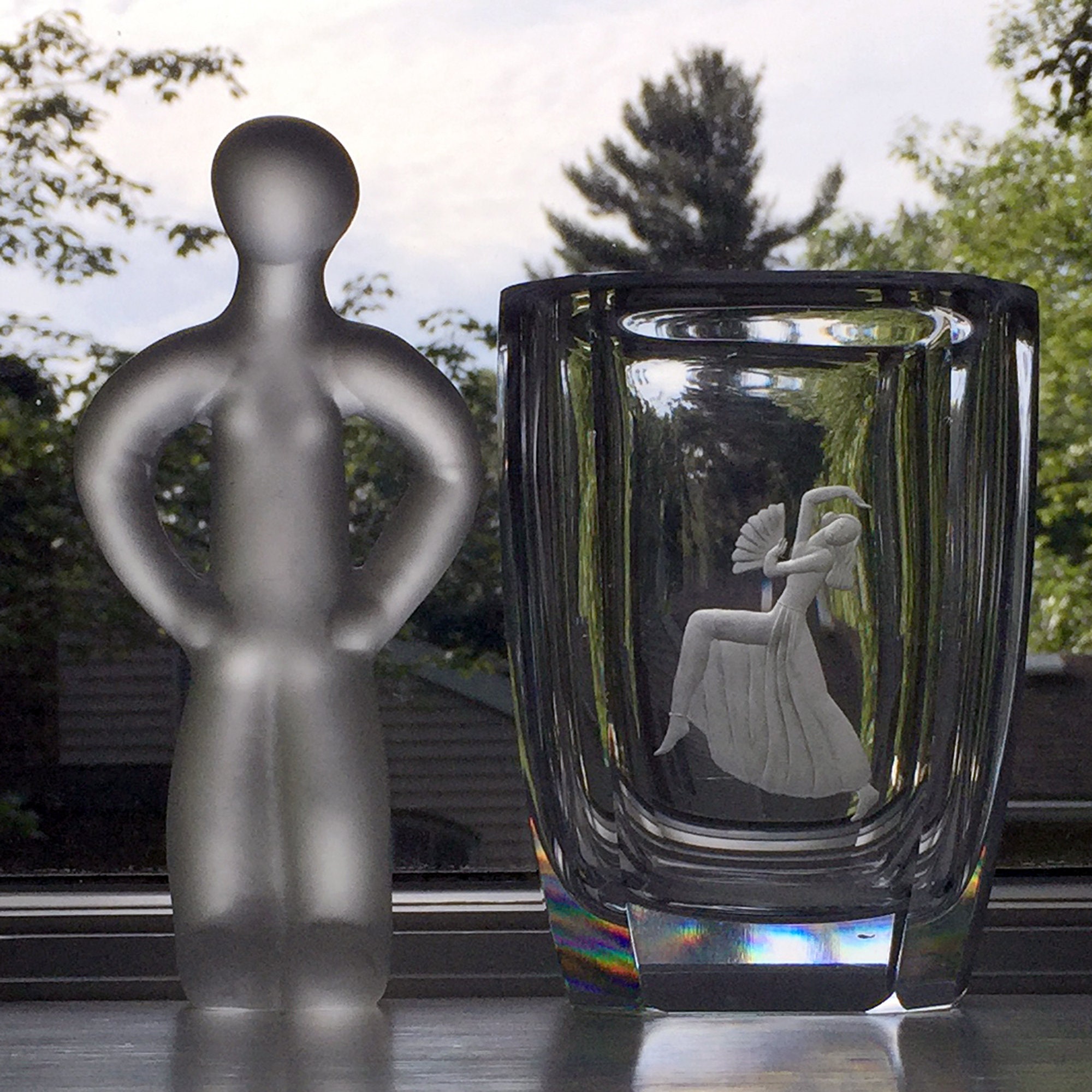 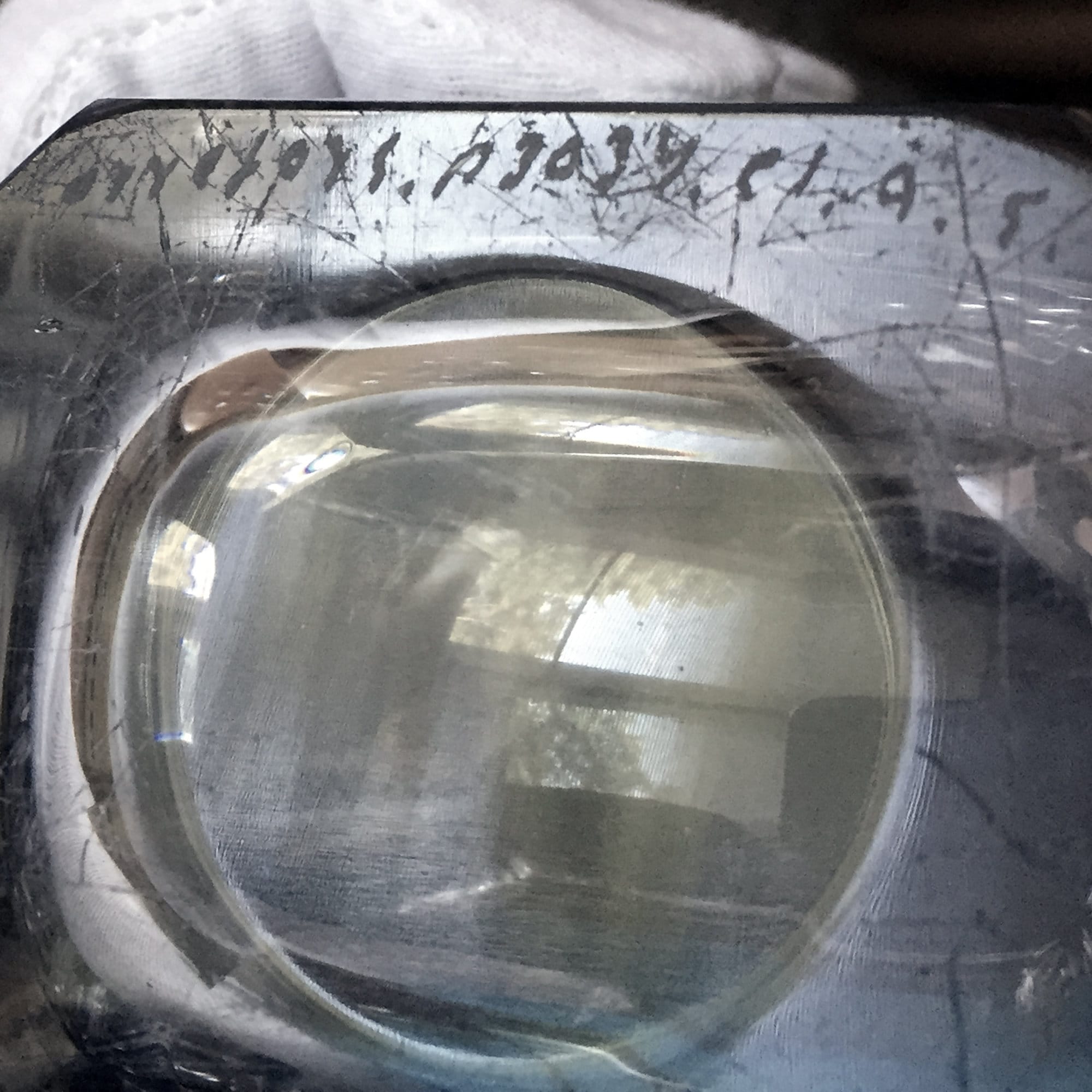 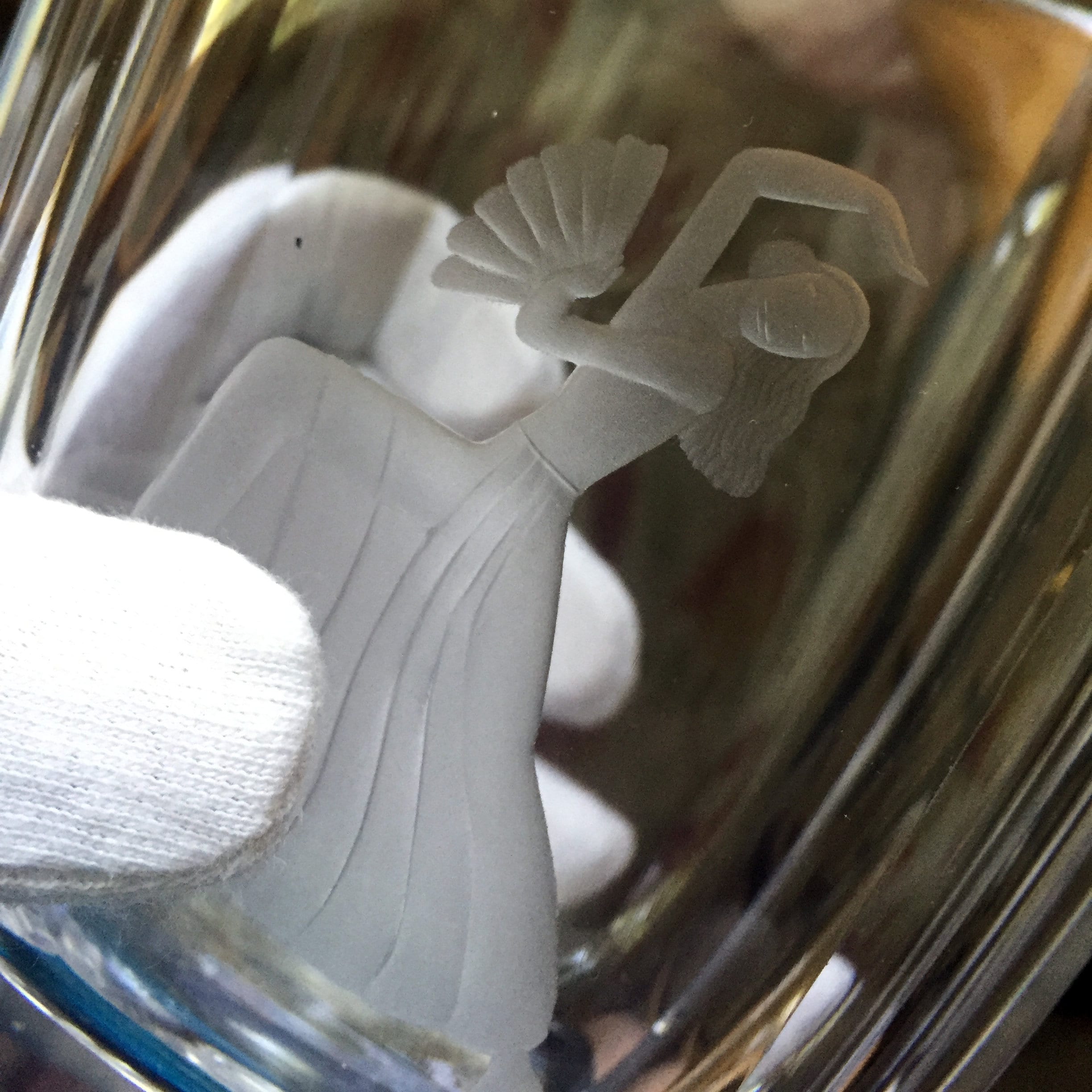 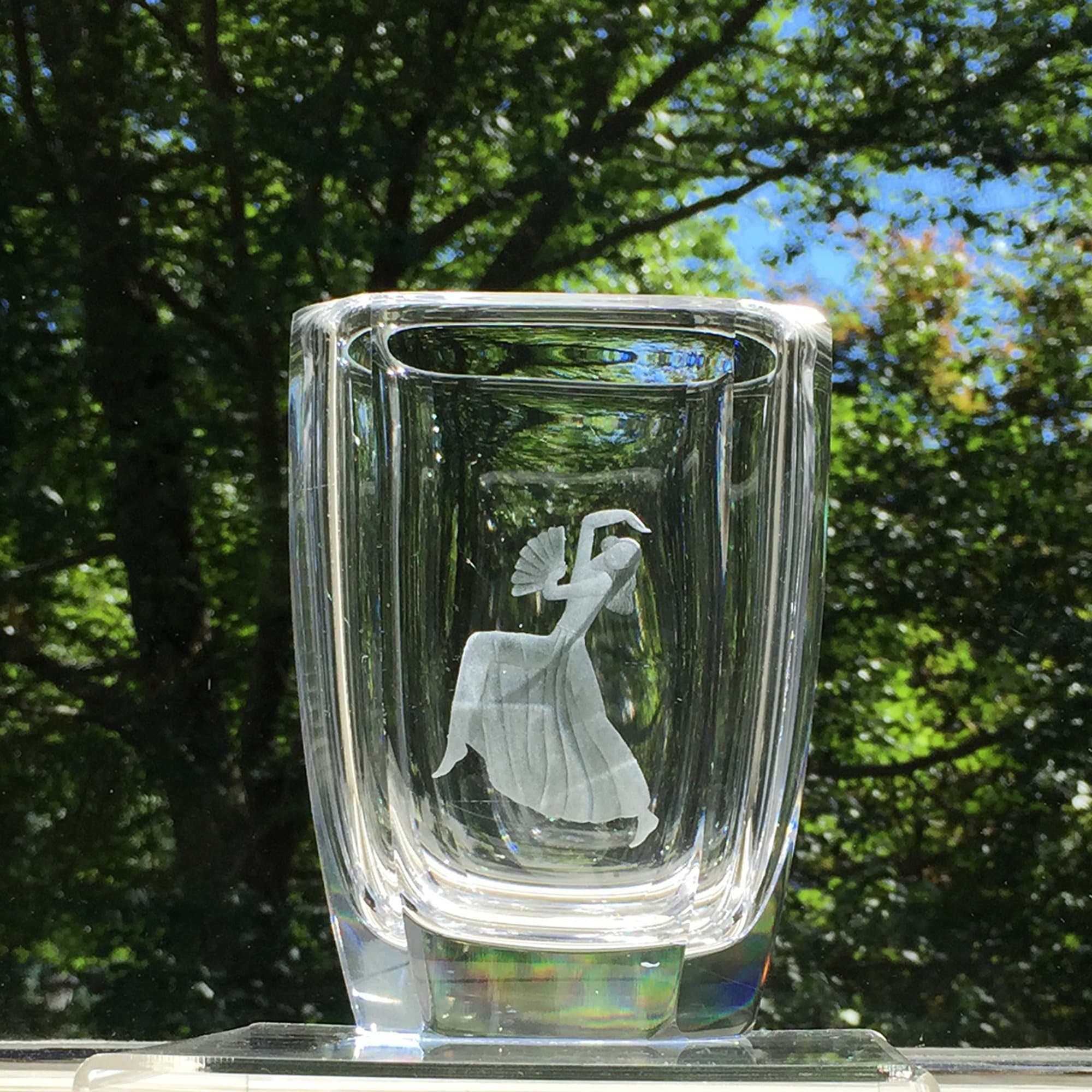 This charming vase, designed by Sven Palmqvist for Orrefors Glassworks in Sweden, depicts a woman in a long, flowing skirt, tossing her head back as she kicks up her heels and flutters her fan. Figural copper-wheel engraving like this became very popular throughout the 40s, 50s, and 60s, and Swedish companies were exporting a great deal of it to the States.

Palmqvist designed the form of the vase, 2835, with its semi-planed sides and corners, in 1944, and he designed the motif of the woman dancing with the fan, 3034, in 1945/46. The code C1 tells us that this particular vase was made in 1953, and the AS means that Anders Svensson was the engraver.

Orrefors employed master artists and craftsmen, some of whom worked their whole careers of 40, 50, or more years with the company. Sven Palmqvist (1906-1984) was born in the glass district of southern Sweden and started his career with Orrefors in 1928, first as an engraver, then as a designer, and he worked there until 1972. In those years, he designed hundreds of engraved glass motifs. According to his daughter, to whom I am connected through an online glass group, he had a particular fondness for portraying people and animals.

This little vase would make a memorable keepsake for a special person or a perfect addition to your own collection.