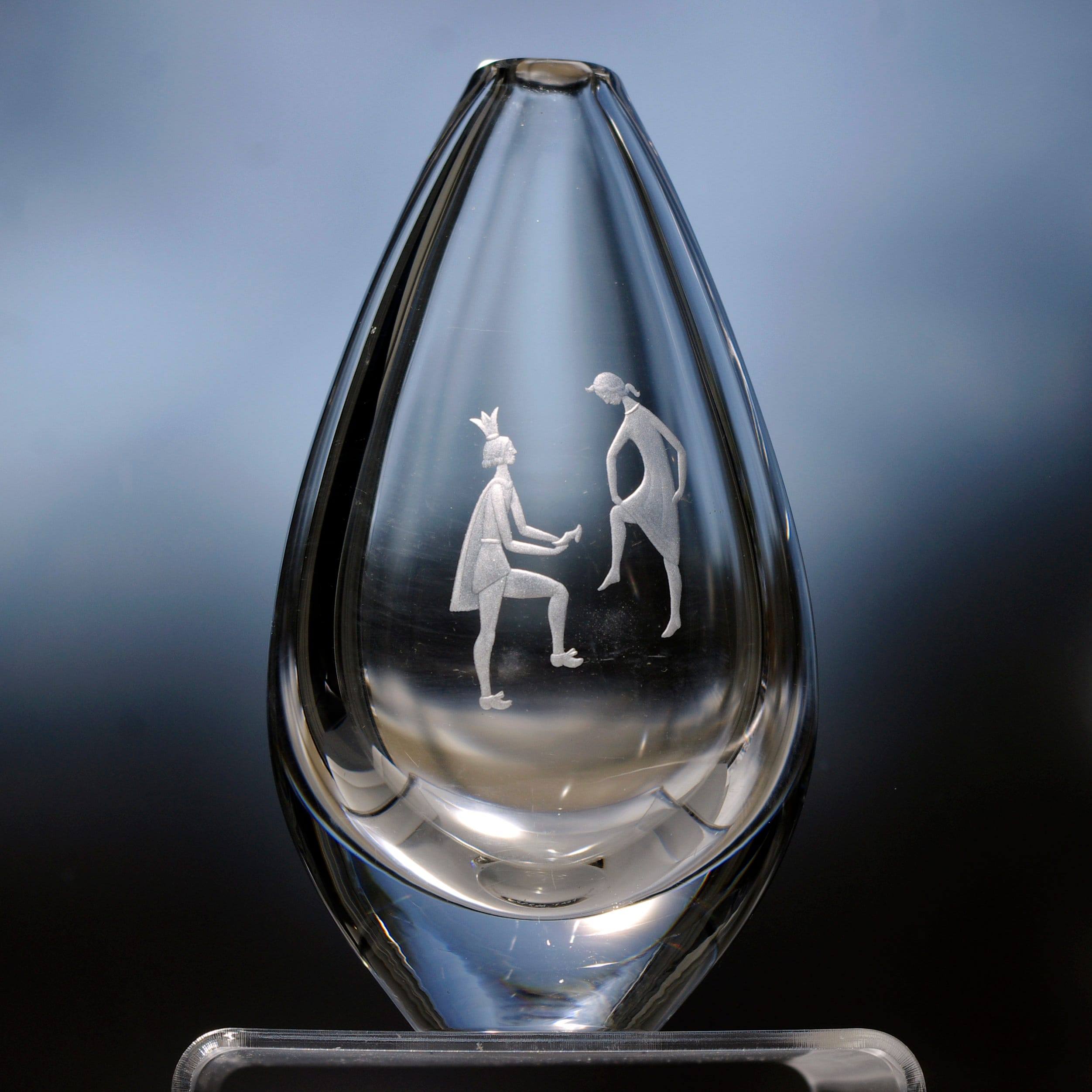 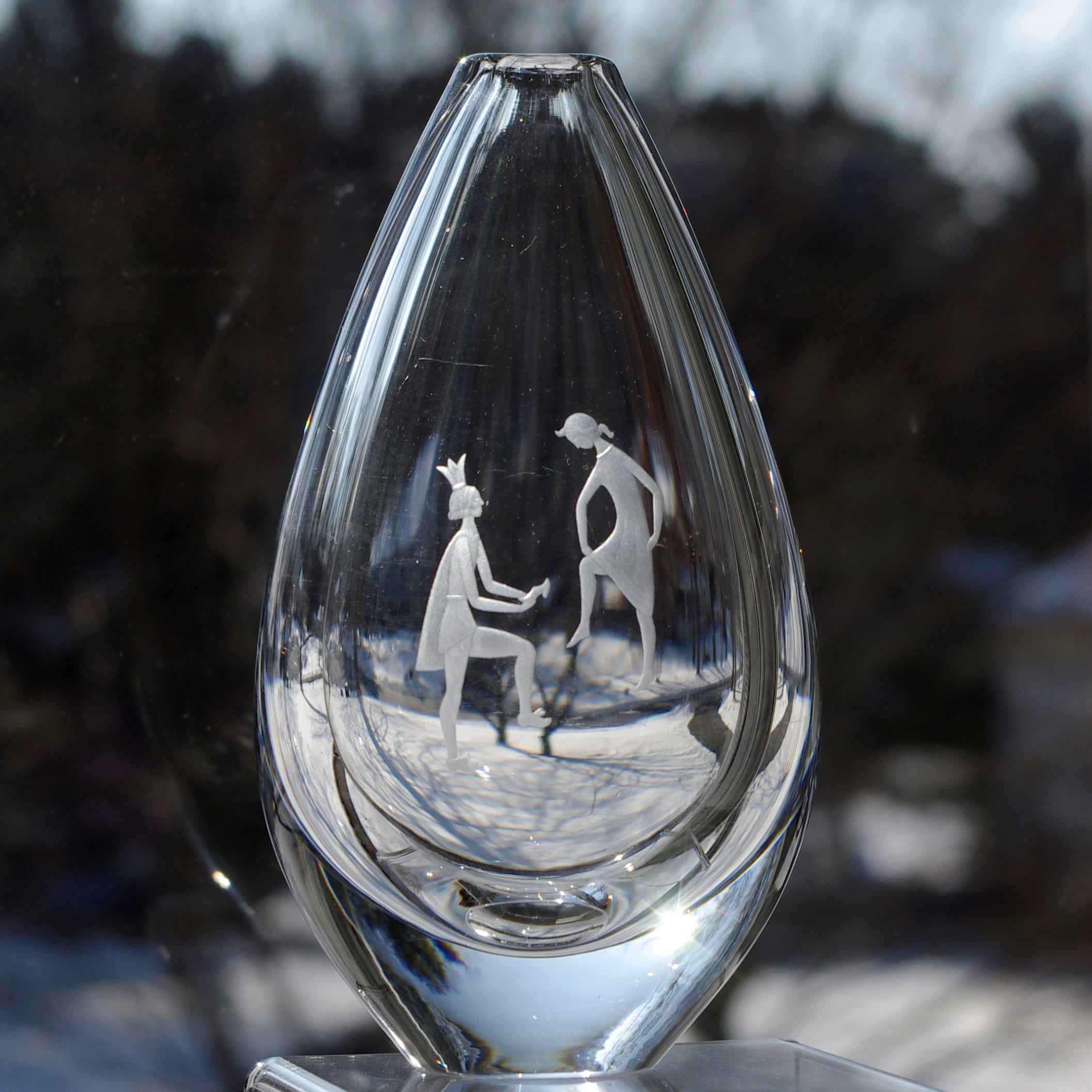 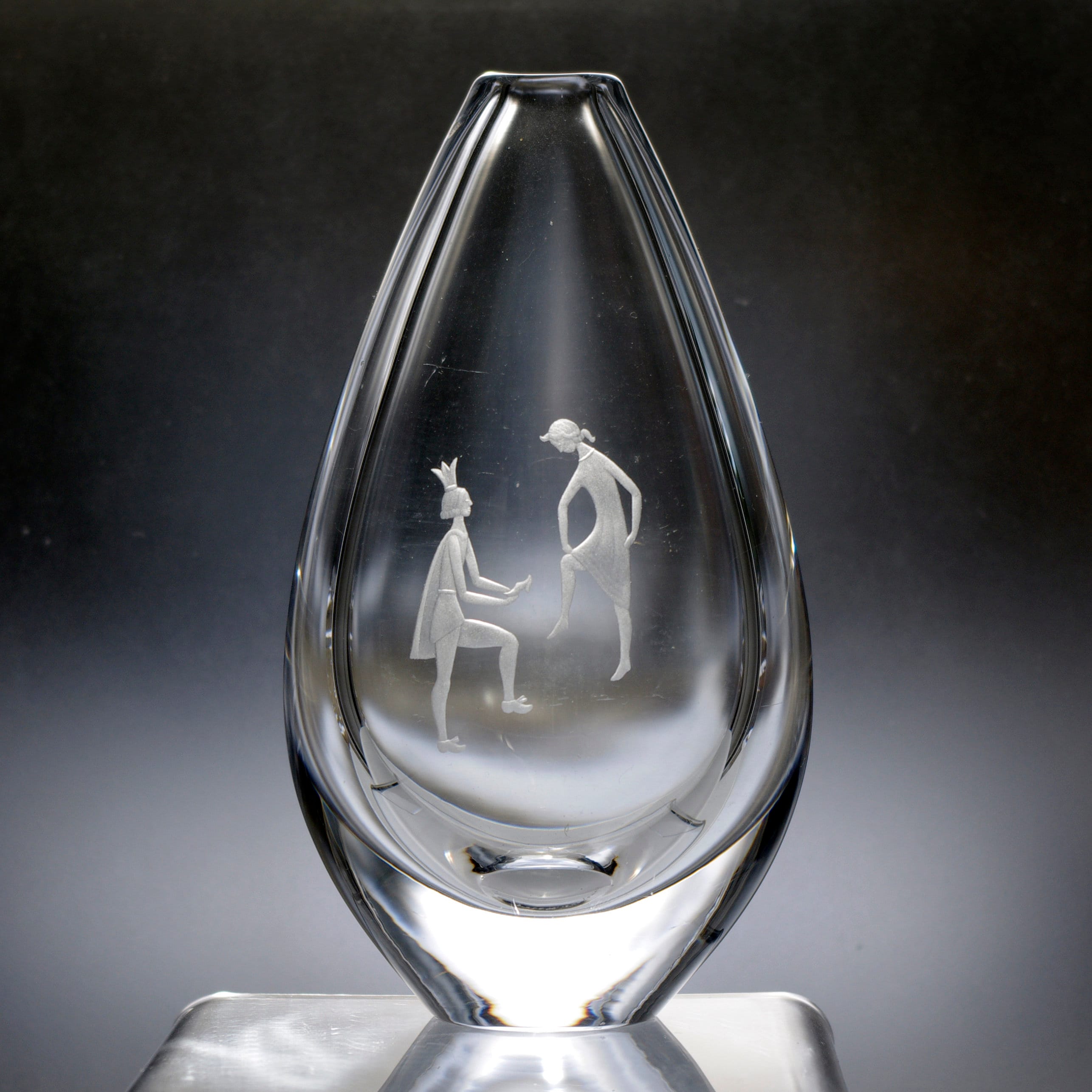 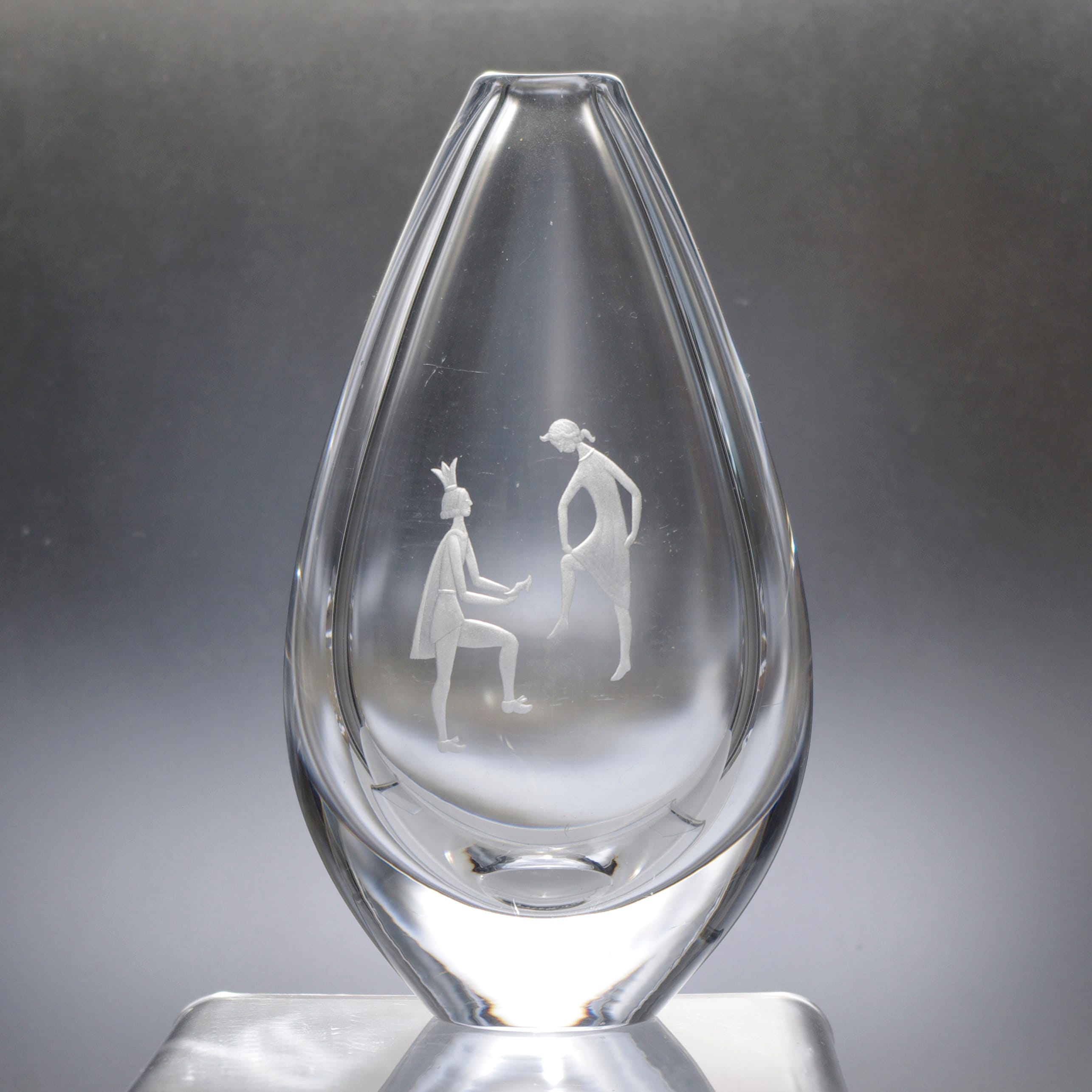 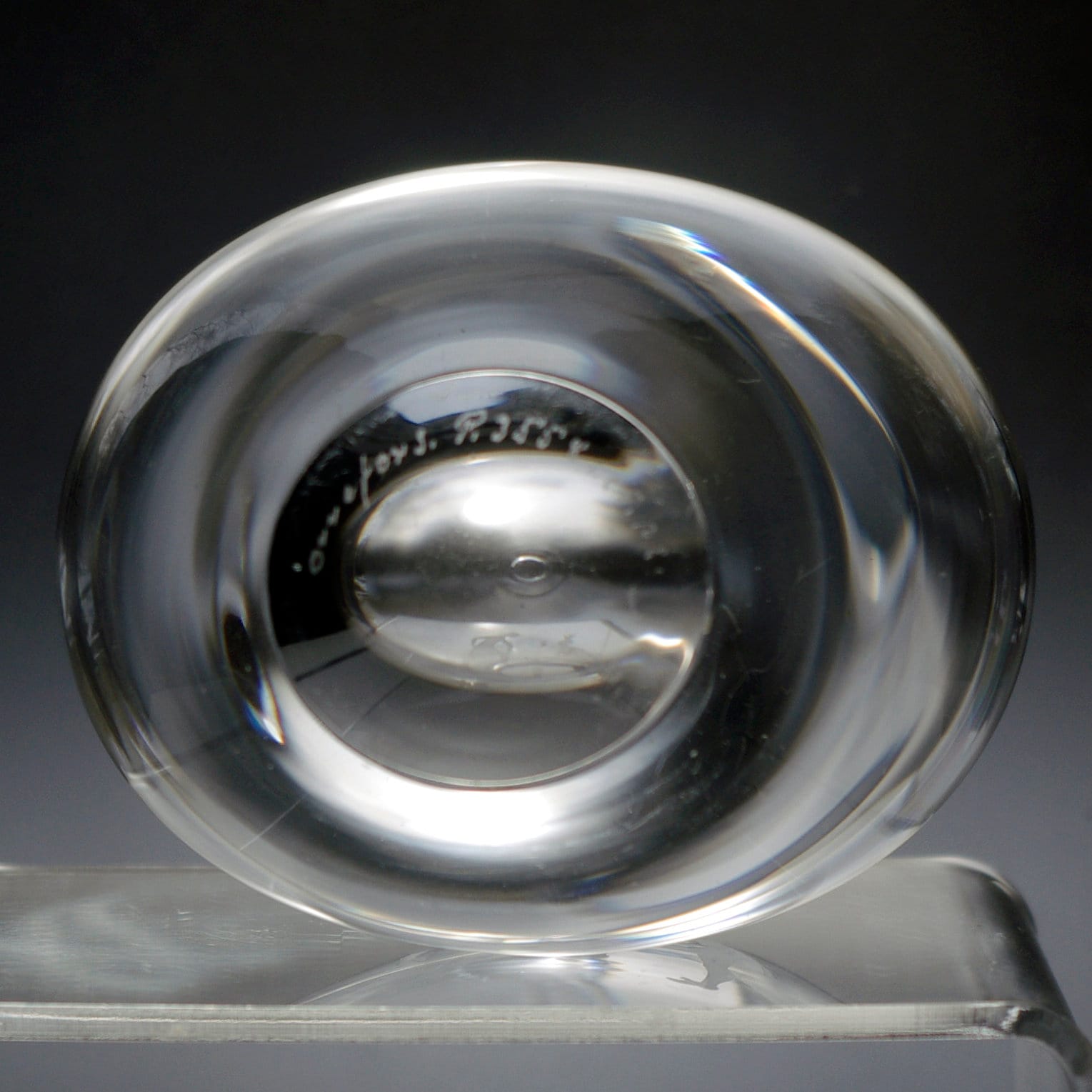 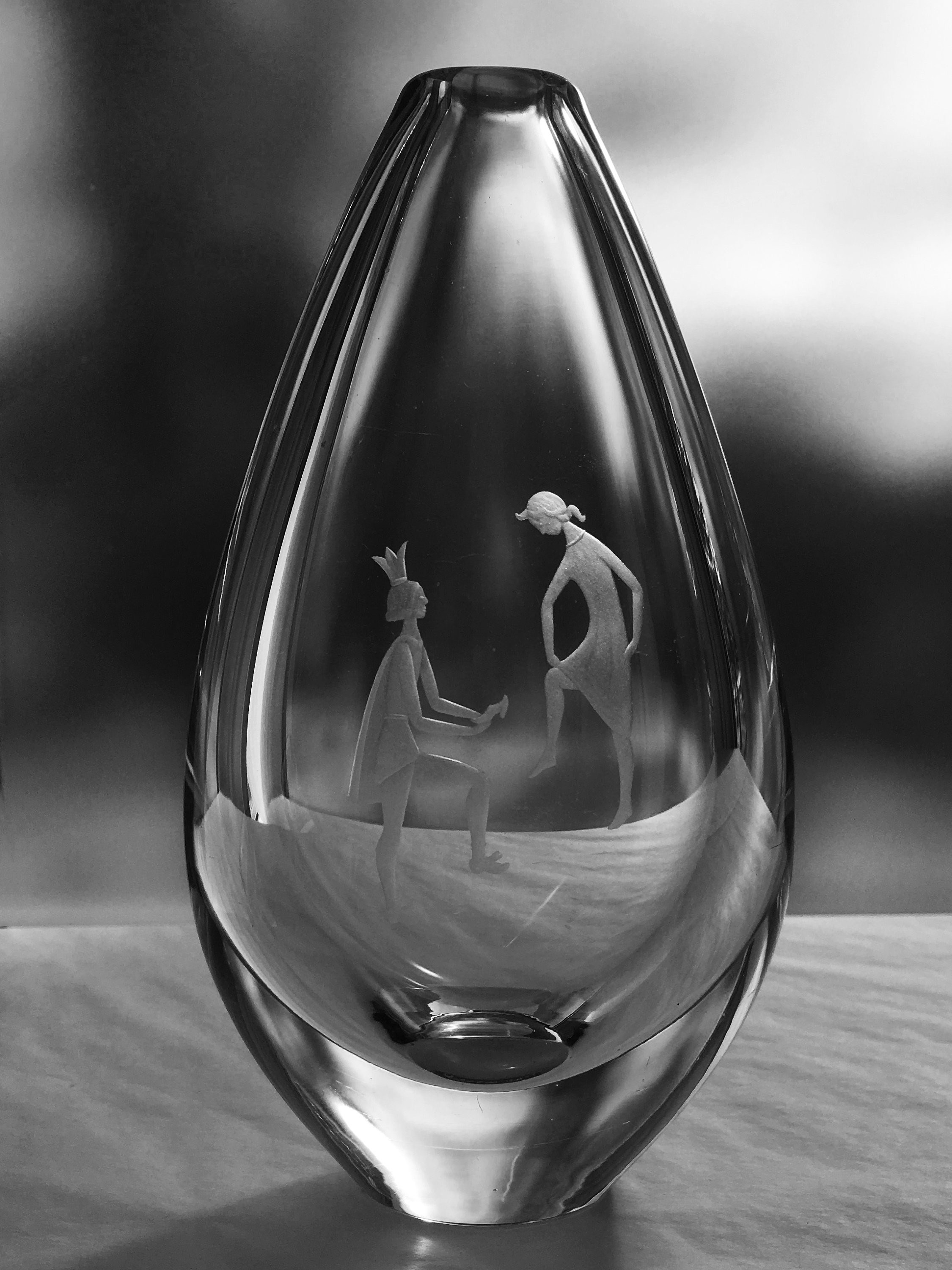 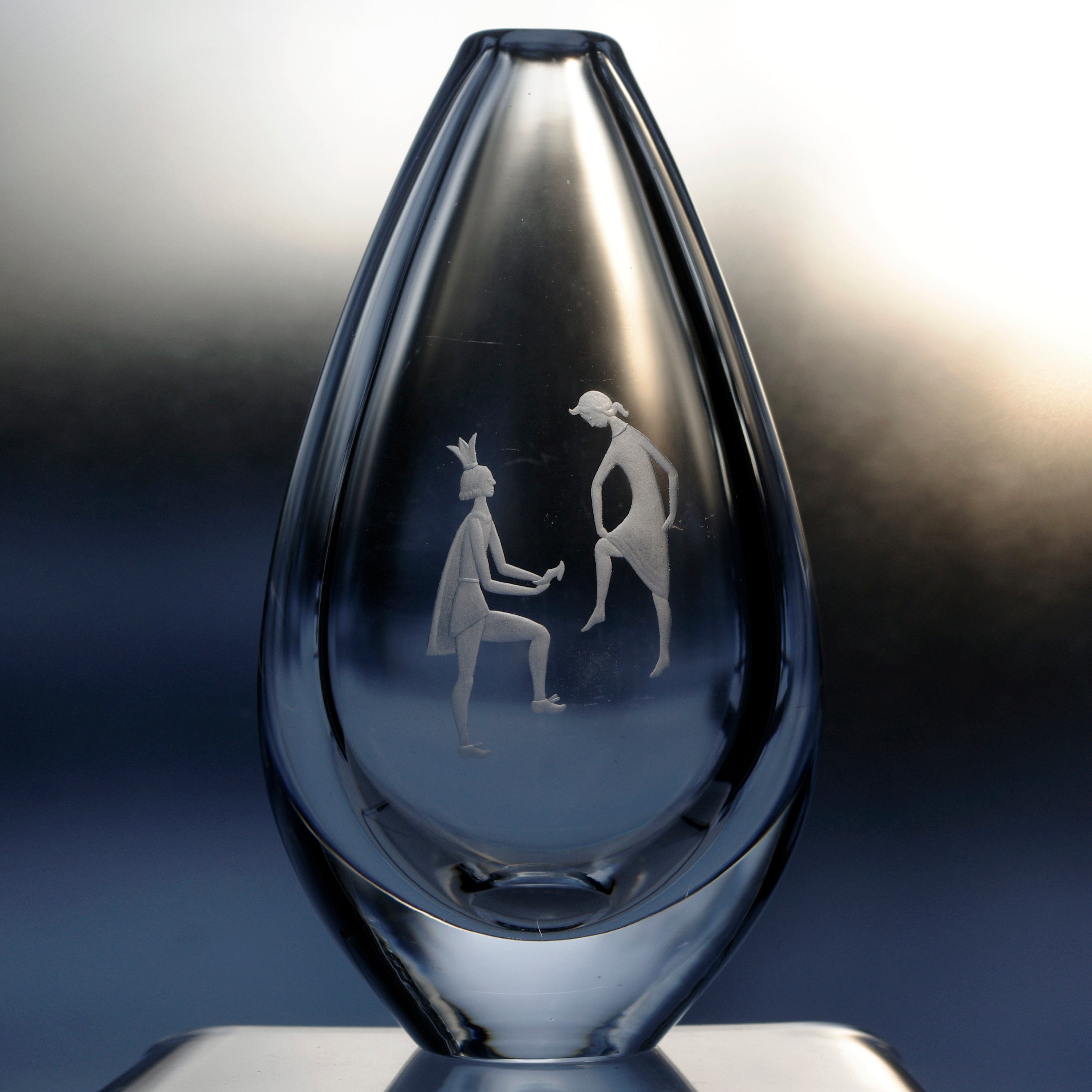 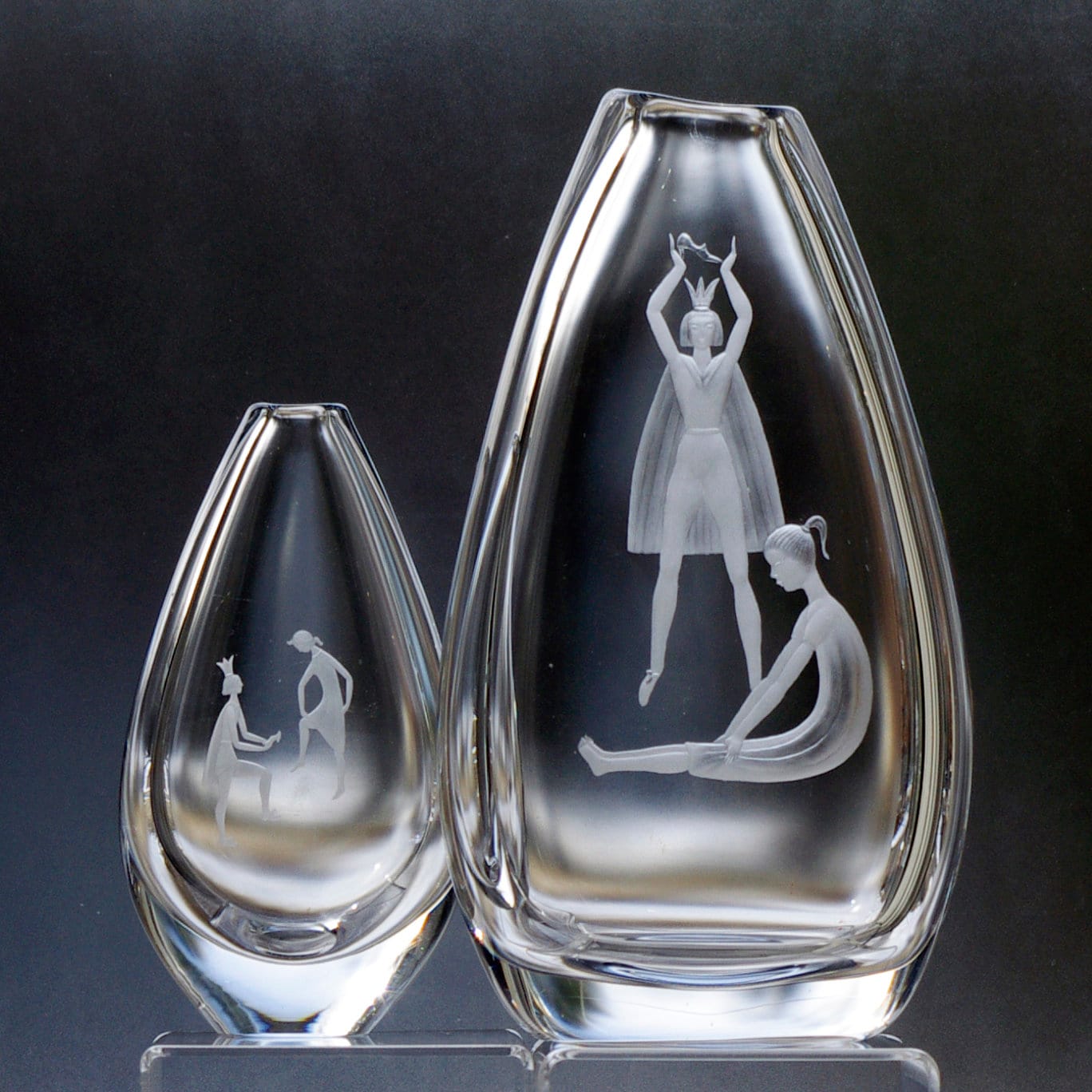 Sven Palmqvist designed this charming depiction of Prince Charming slipping the glass slipper on Cinderella's foot. It is handblown and copper-wheel engraved. Its simplicity is in keeping with the clean lines and more economical production techniques that were common in the mid 20th century.