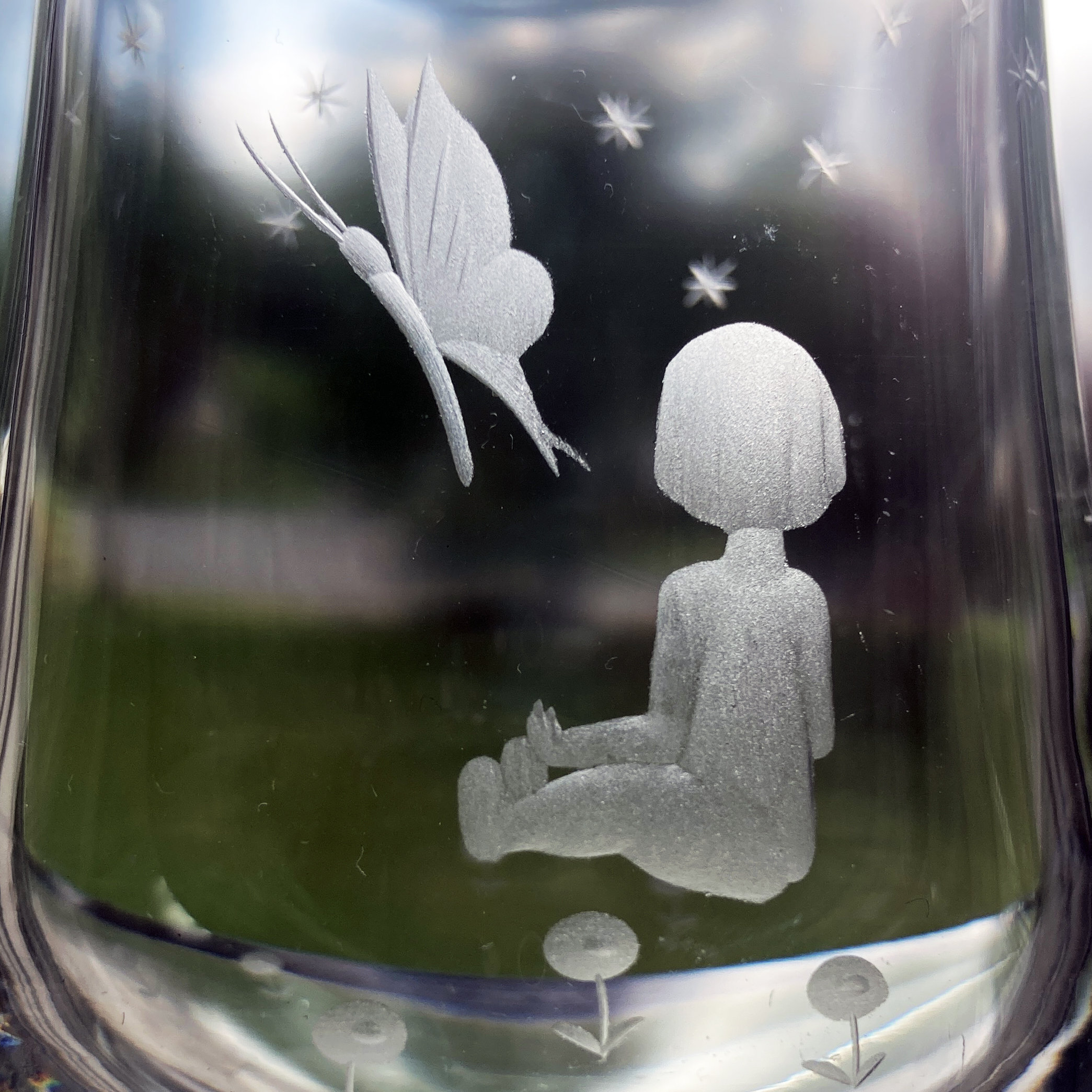 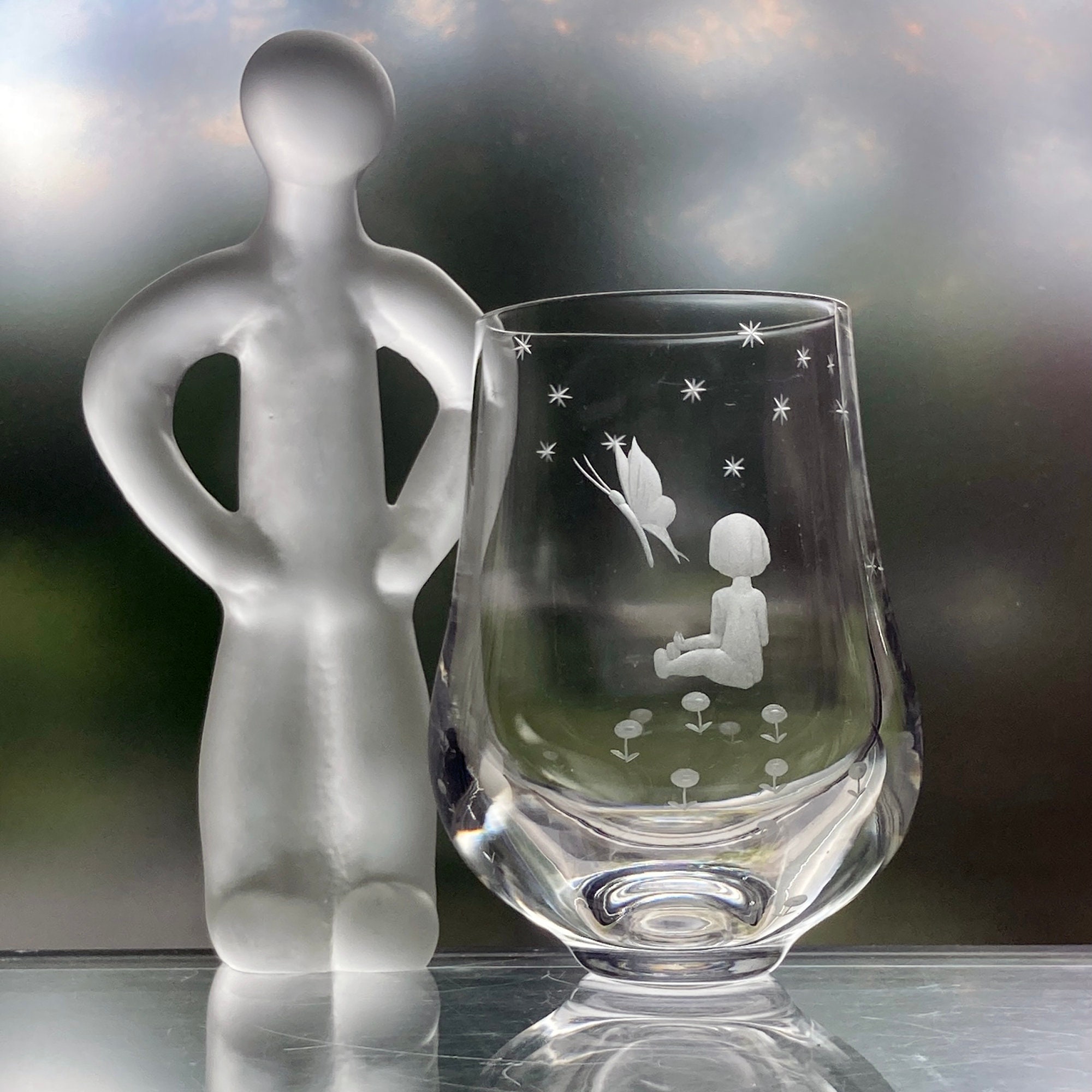 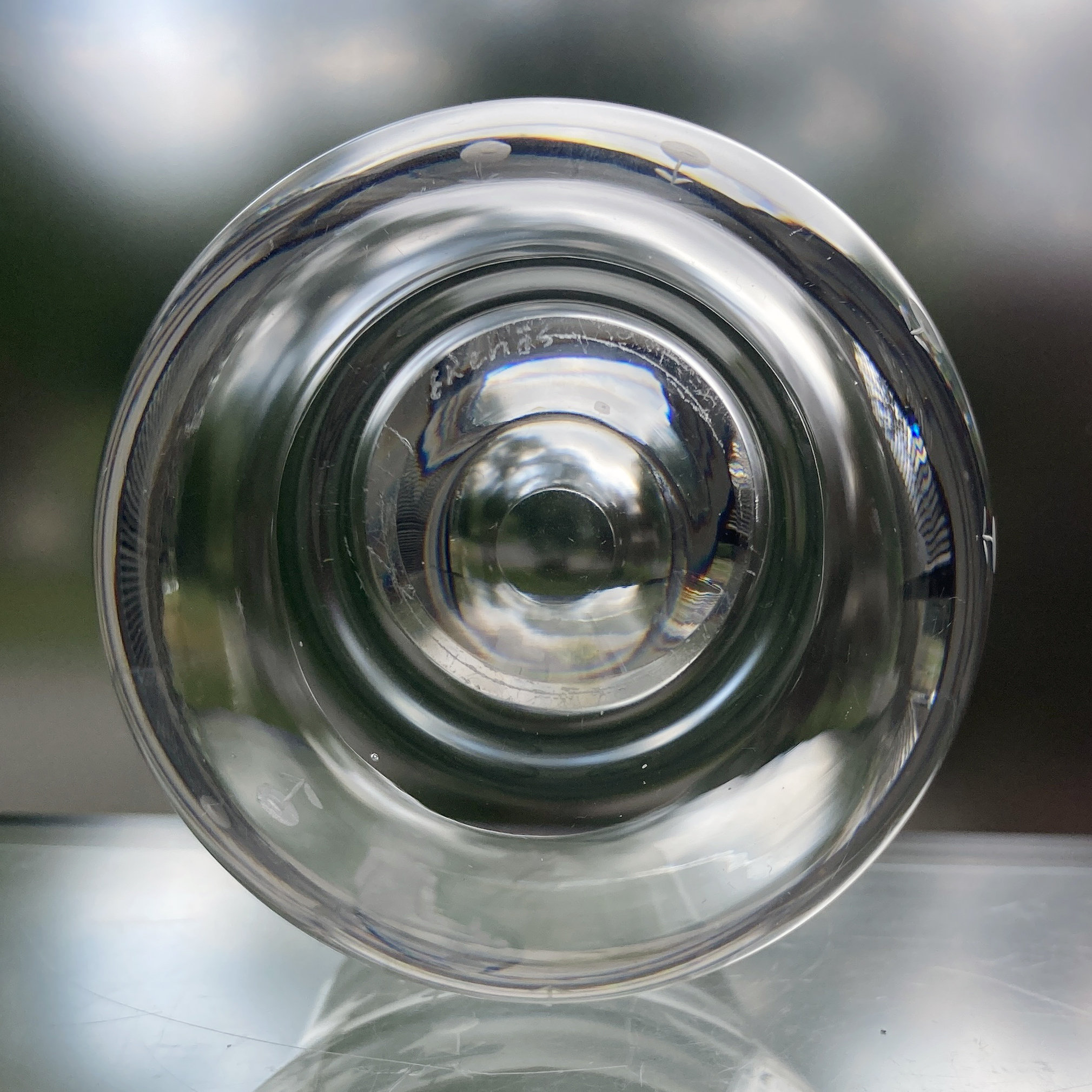 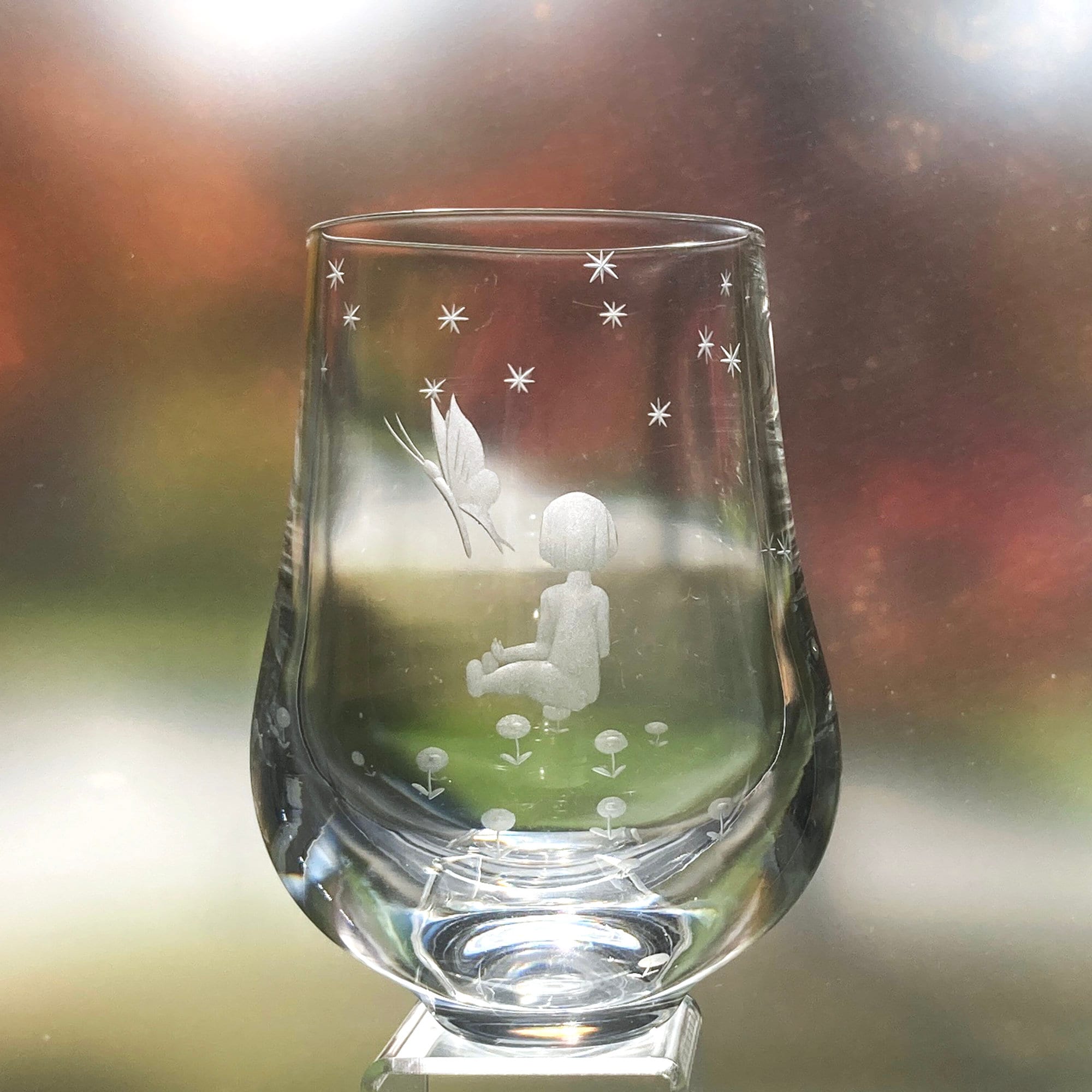 This small vase, likely designed by John Orwar Lake, depicts a naked child, sitting on the grass, watching a butterfly. The traditional copper-wheel engraving is skillfully done, including flowers at the bottom and stars at the top, circling around the vase. The scale of the butterfly to the child gives one a heightened sense of the wonder the child is experiencing in nature.

This piece was probably made in the in the late 1960's or early 1970's; while Lake was artistic director at Ekenäs. The vase is a perfect size for displaying on a shelf or in a cabinet. It is about 3.5" in diameter and 6" tall, and it weighs 1.5 pounds.