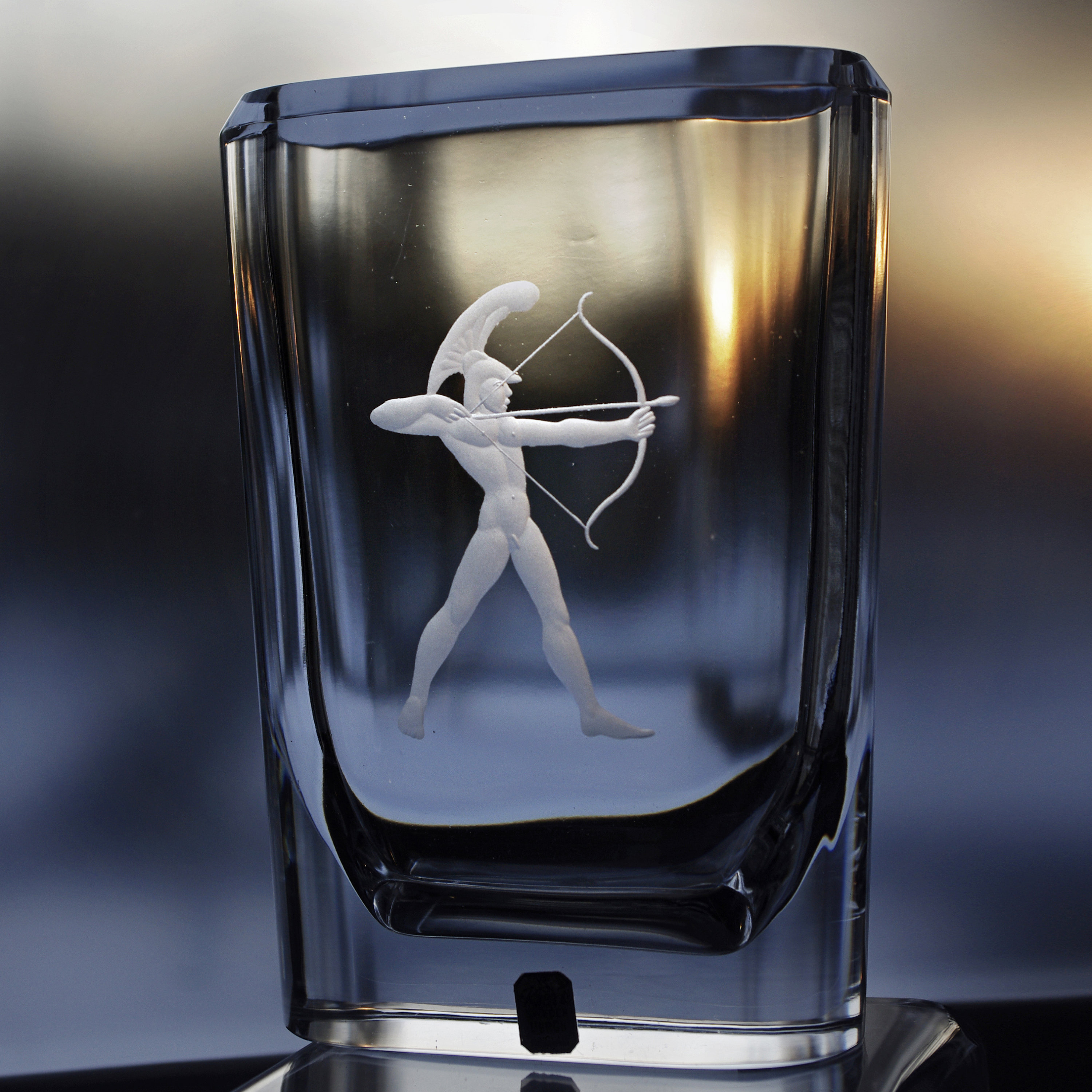 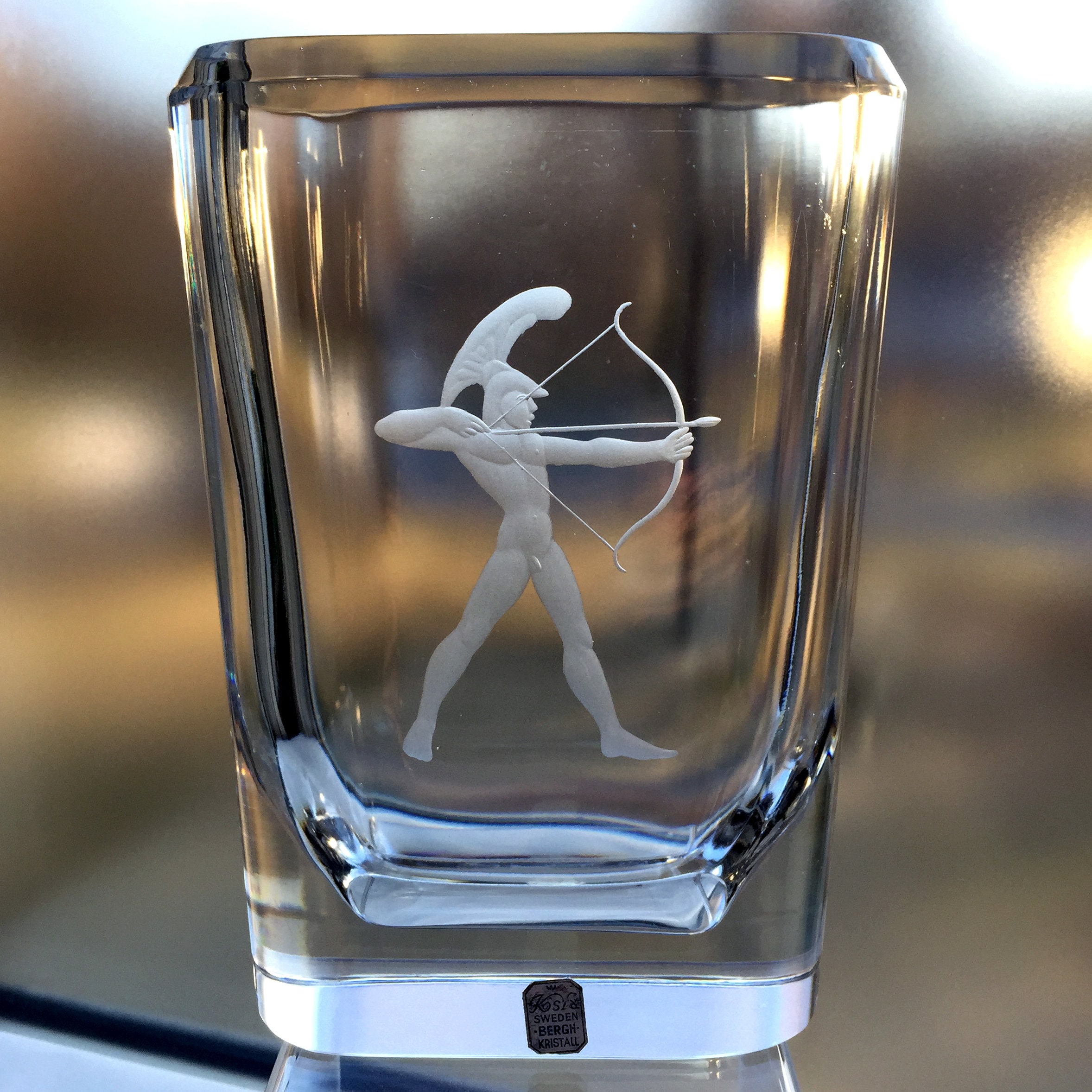 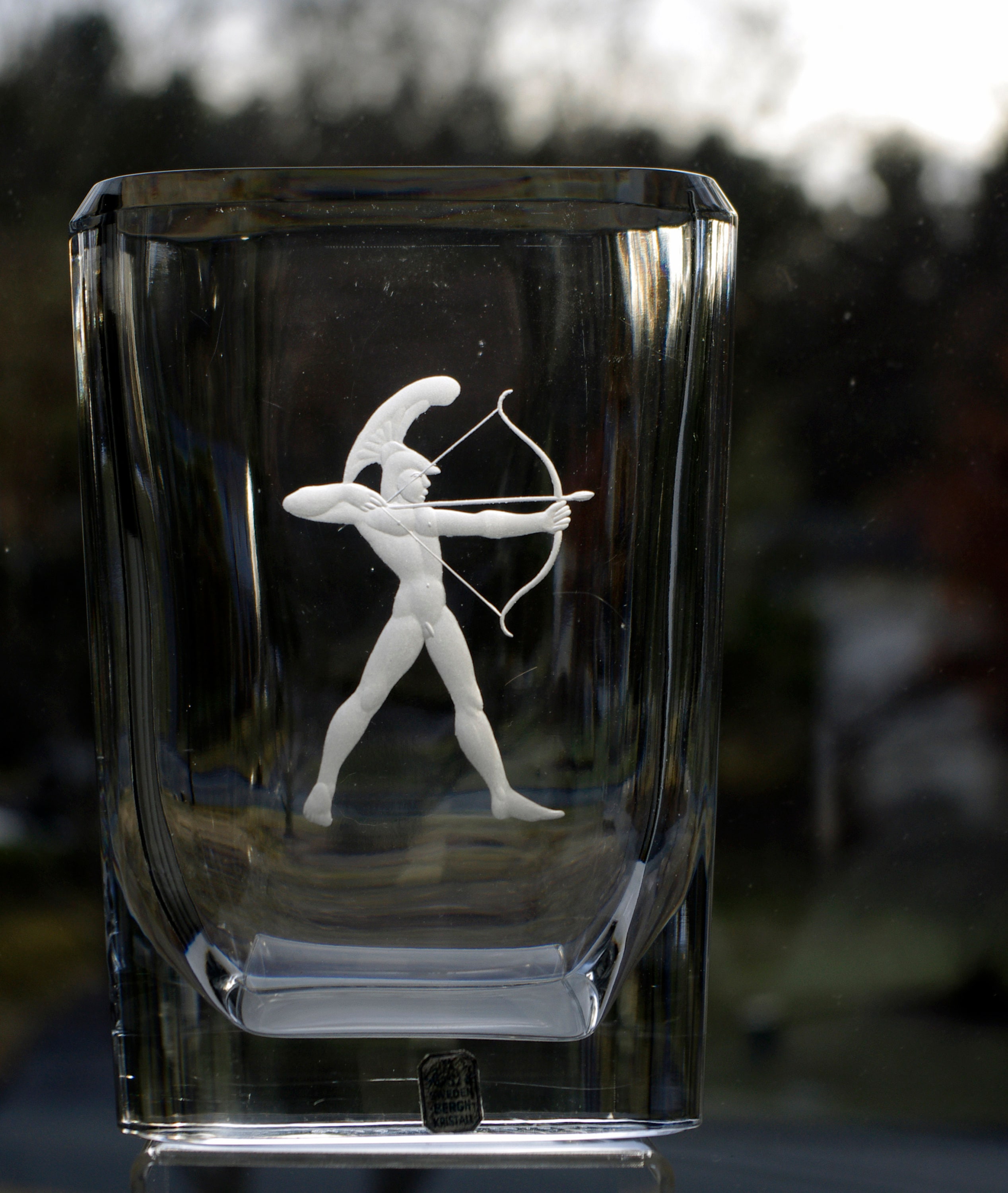 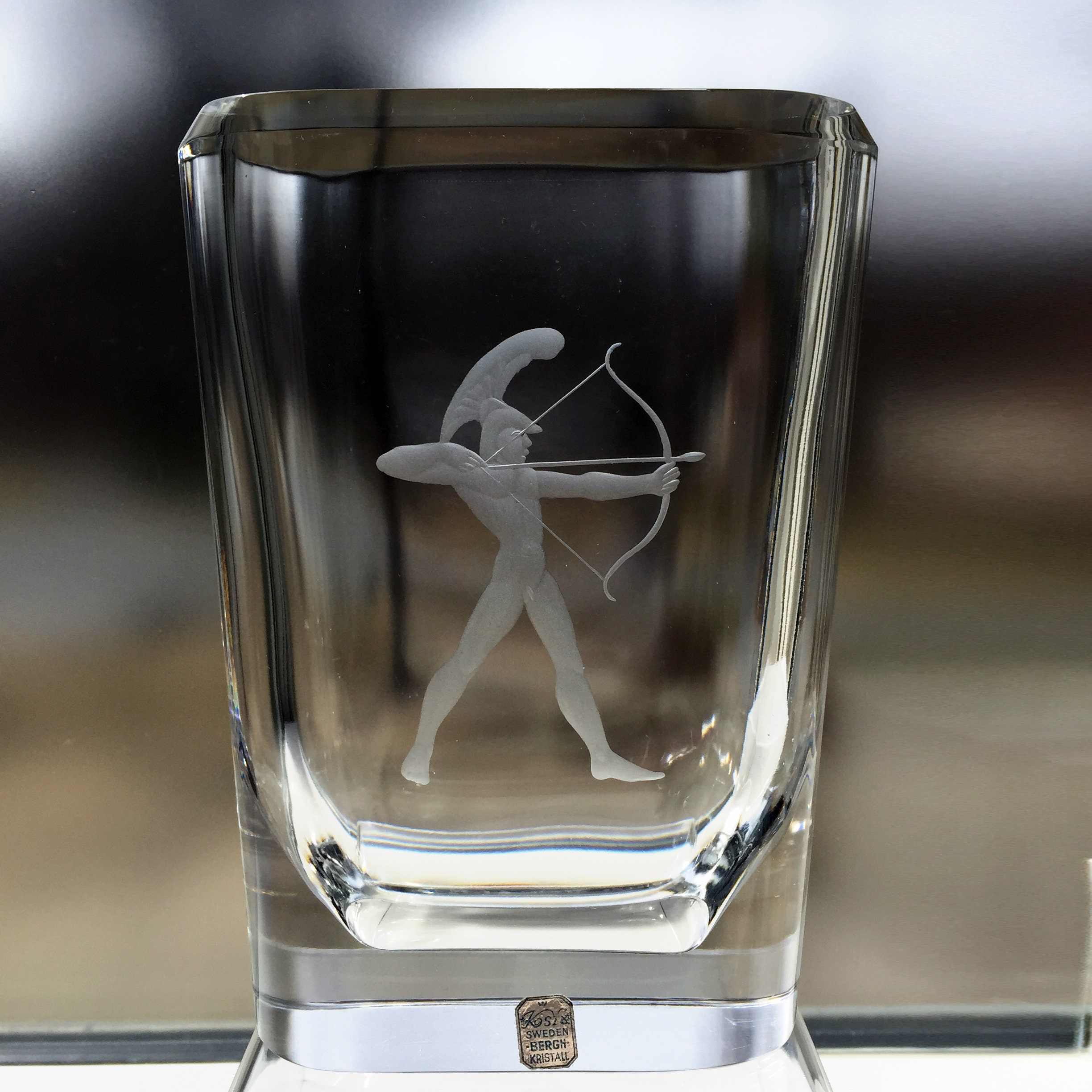 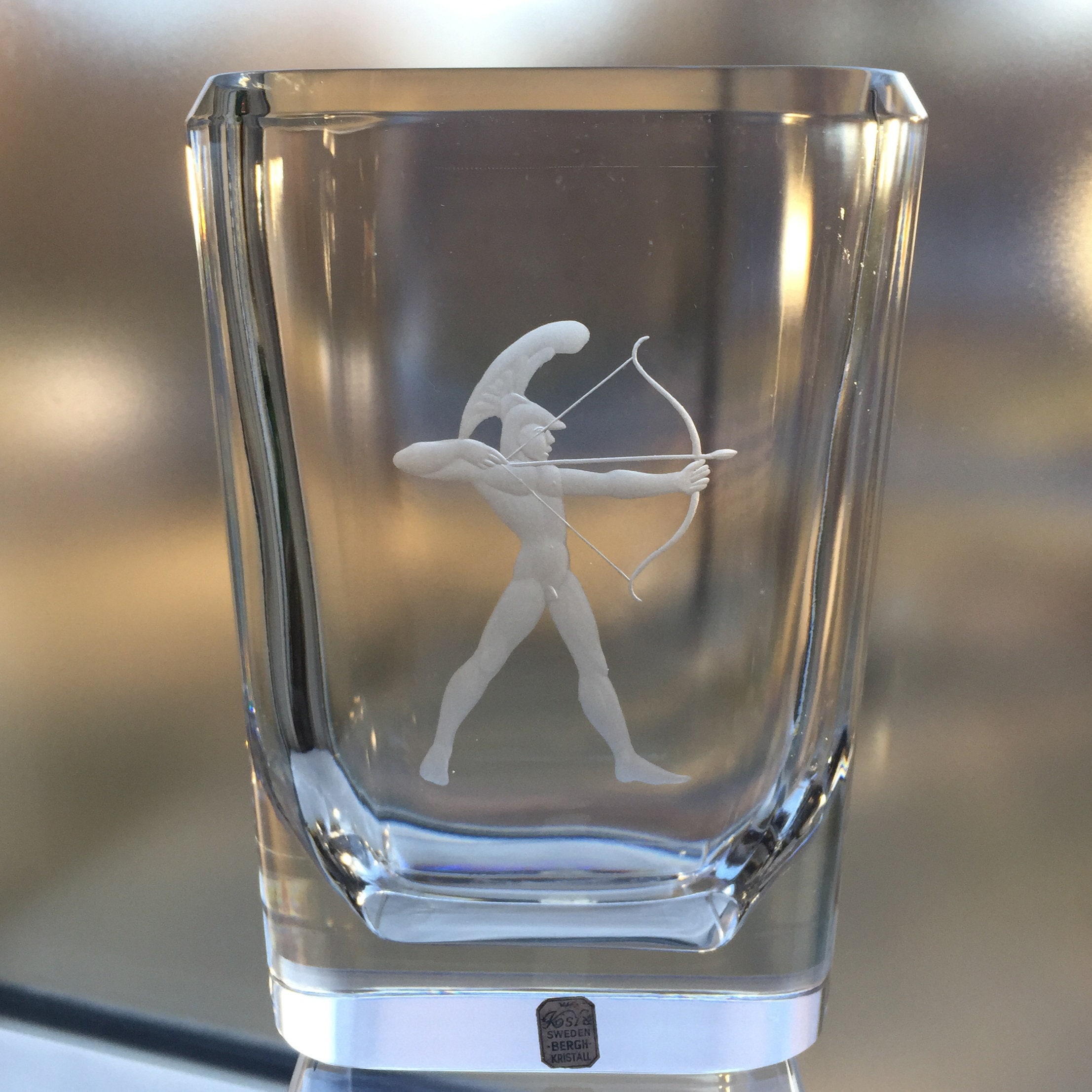 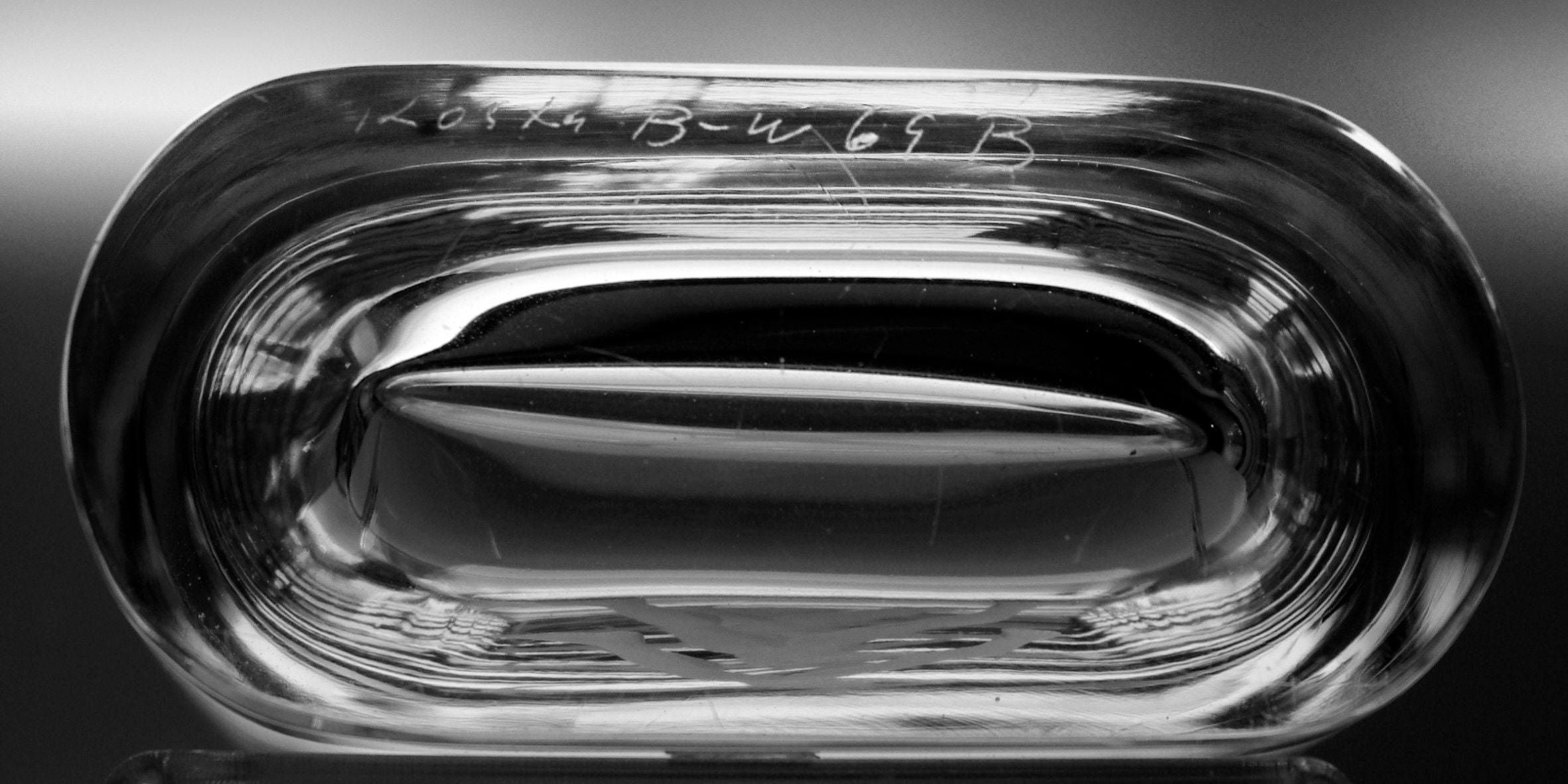 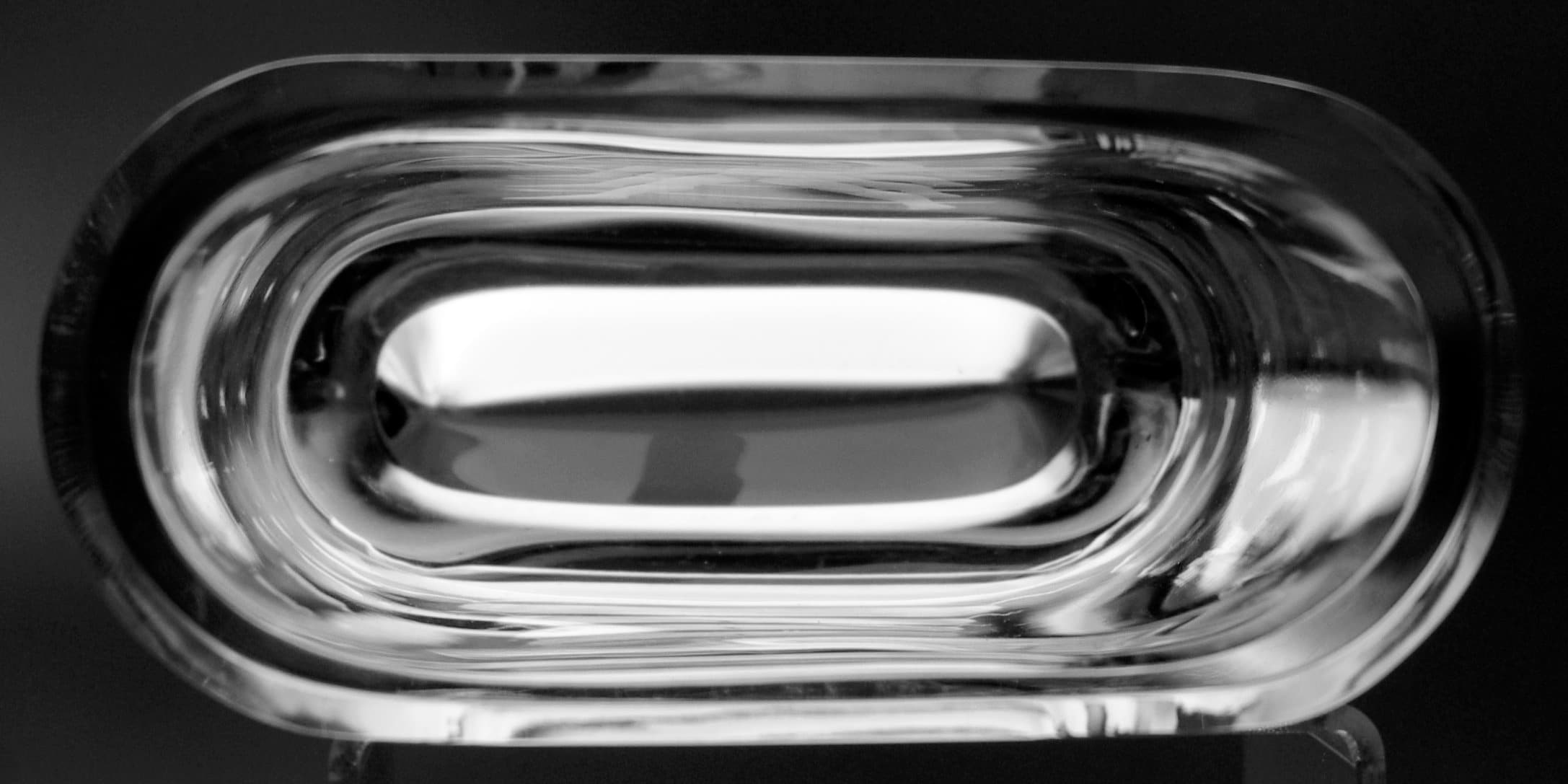 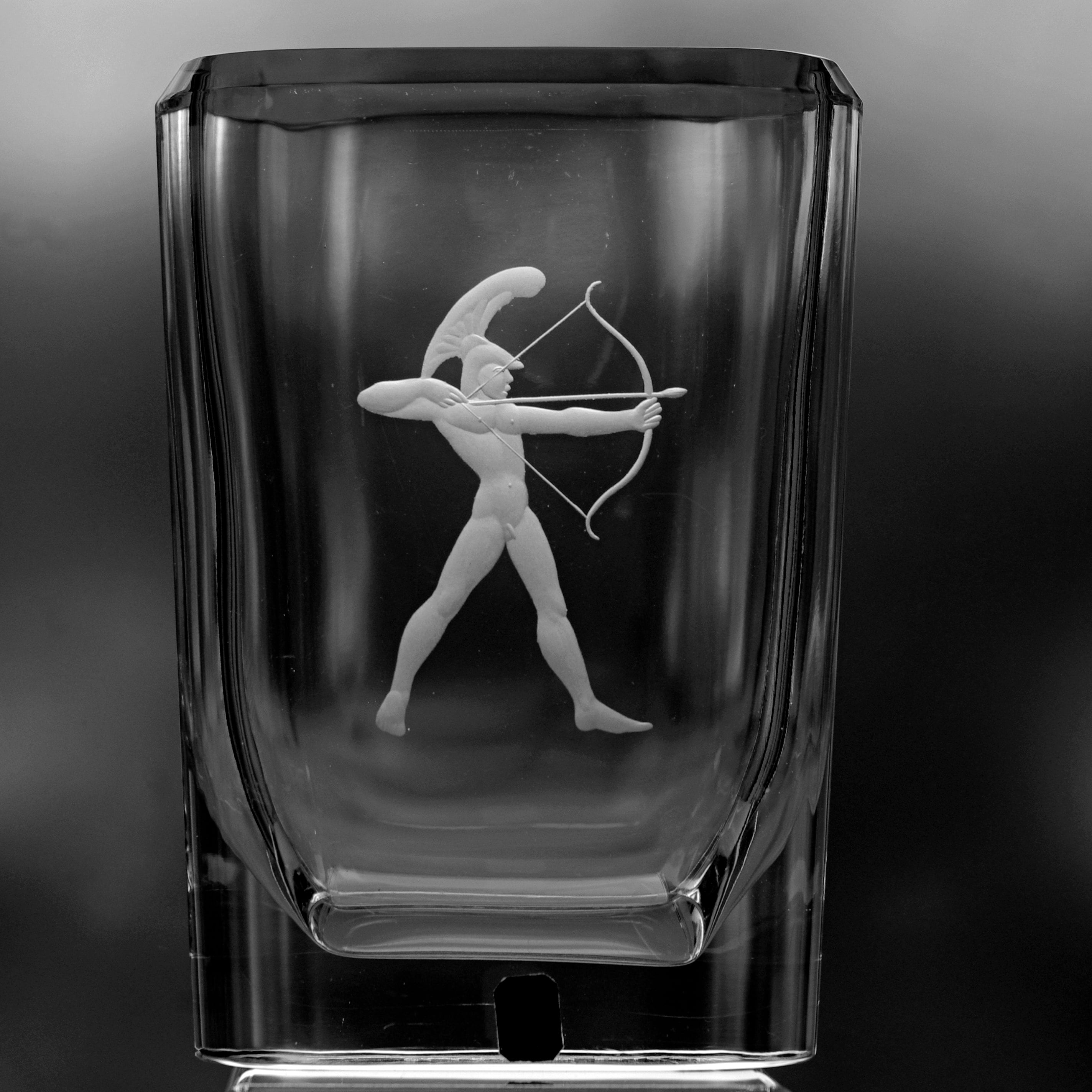 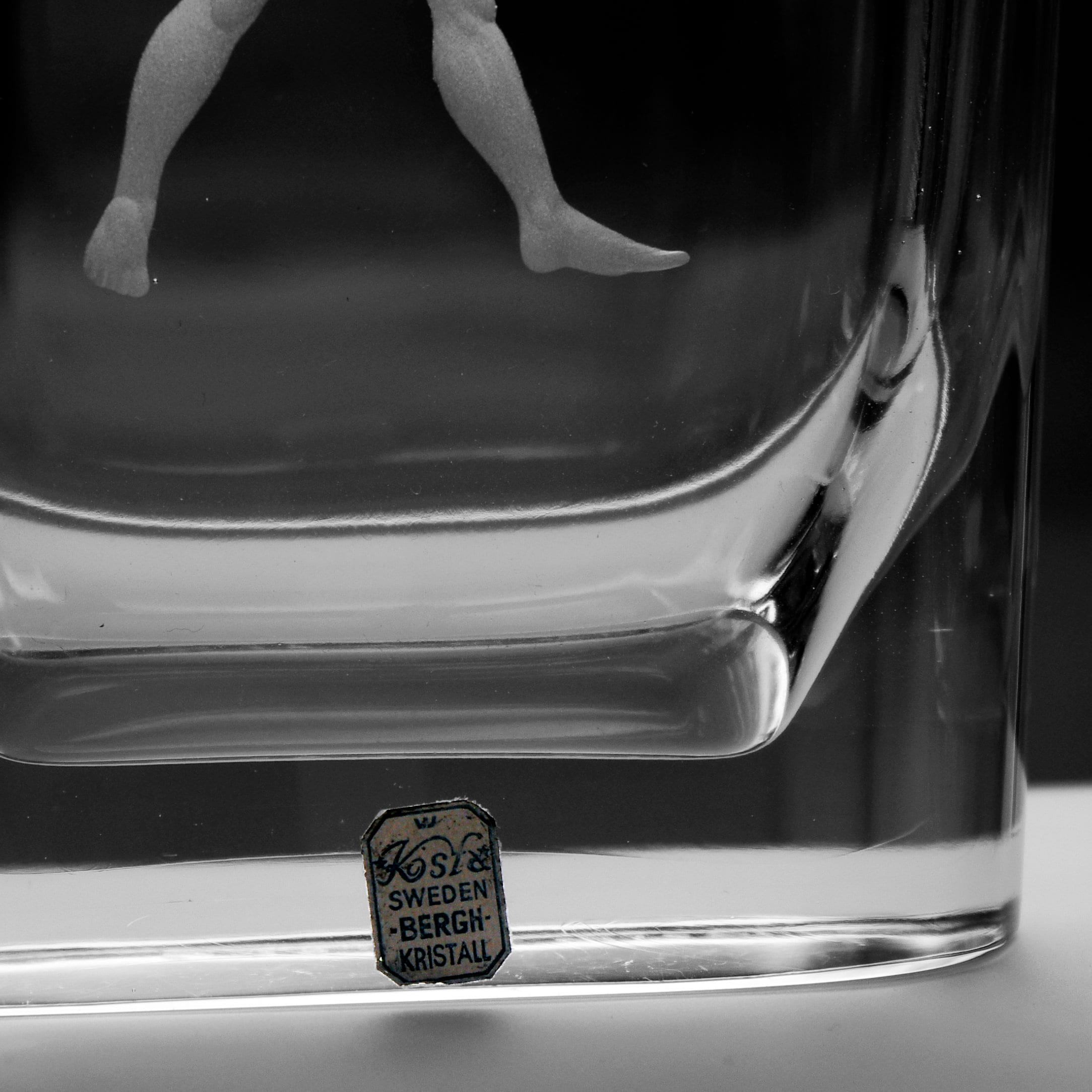 This striking vase depicts a nude male archer wearing a plumed helmet, poised and ready to launch his arrow. The vase was designed by Elis Bergh and the illustration was designed by a famous Swedish painter, named Gunnar Widholm. (That's what the B-W means on the base.)

It is a heavy piece, weighing 3.7 pounds and measuring 2.5" x 4.5" x 7.25" . It was engraved using the traditional copper-wheel method, one that required incredible skill. It shows a few fine scratches to its base and other small imperfections, indicative of its age, but no chips or clouding.

Between 1928 and 1950, Elis Bergh was the artistic leader of Kosta glass mill. He started at Kosta as an architect, hired to carry out an interior assignment on the mill. In 1928 he was called back to draw lighting fixtures, an area in which he was considered an authority. From 1950 until his death in 1954, he stayed at Kosta as a consultant. As an artistic director he stood for the graceful yet modern design that characterized Kosta's production during the interwar period.