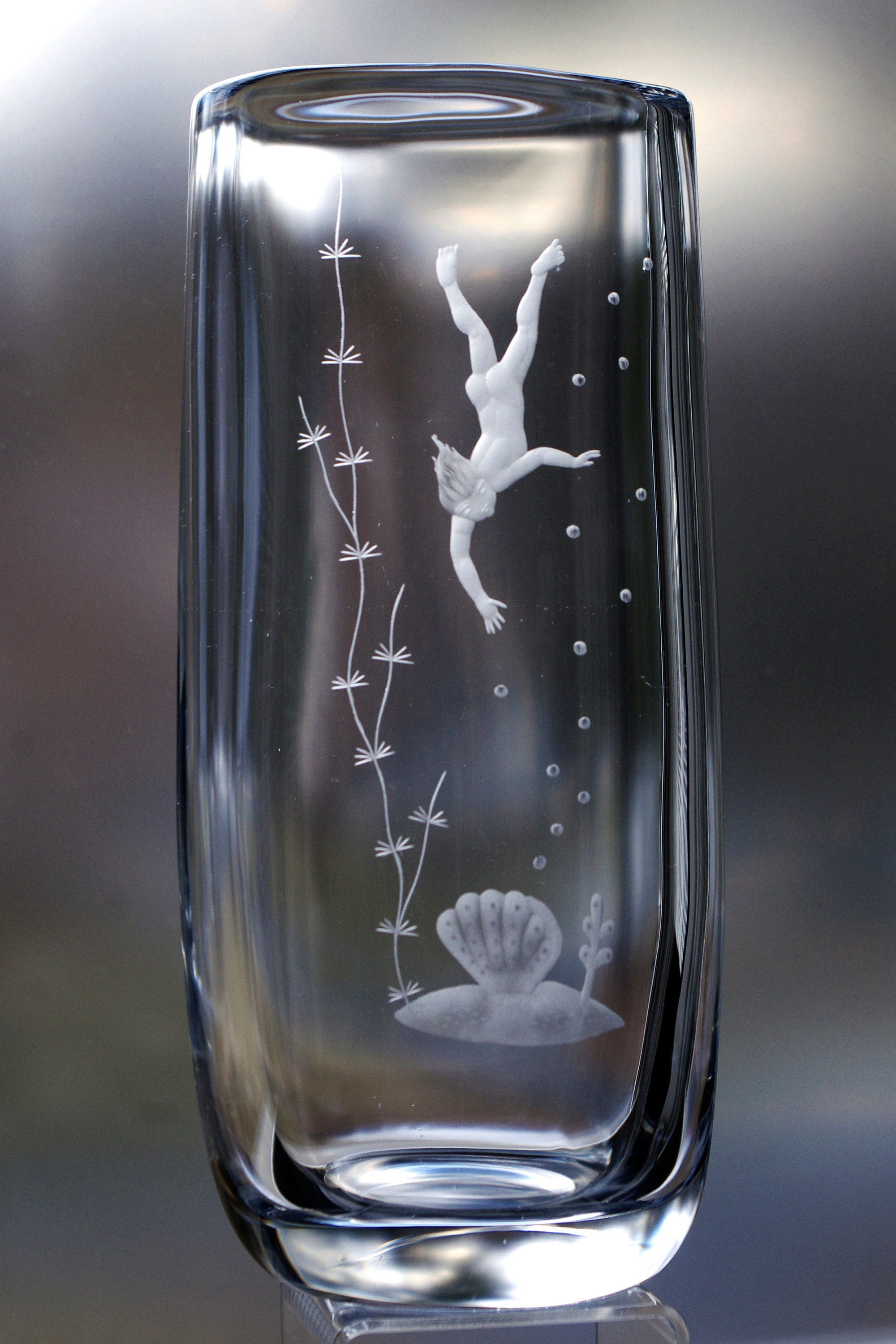 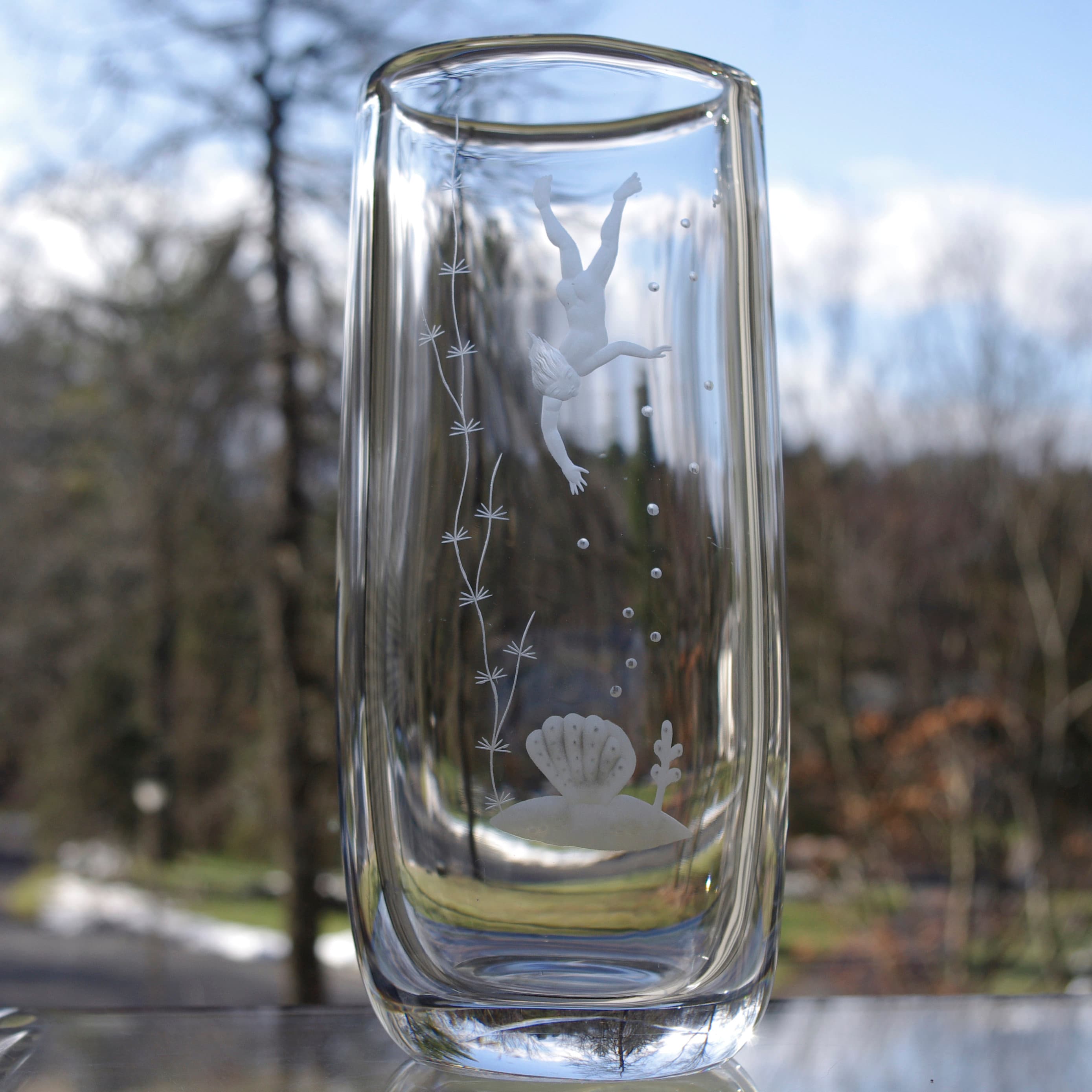 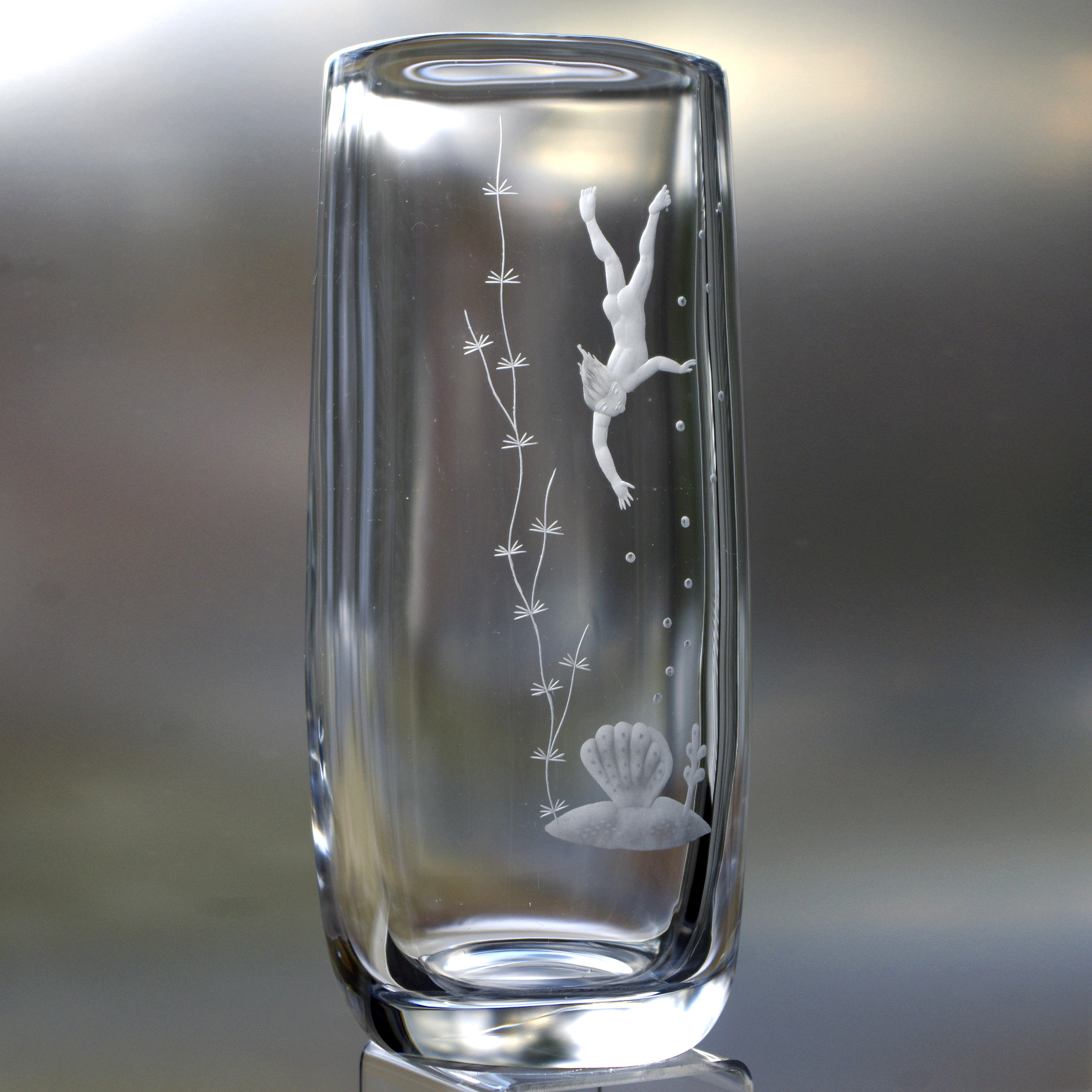 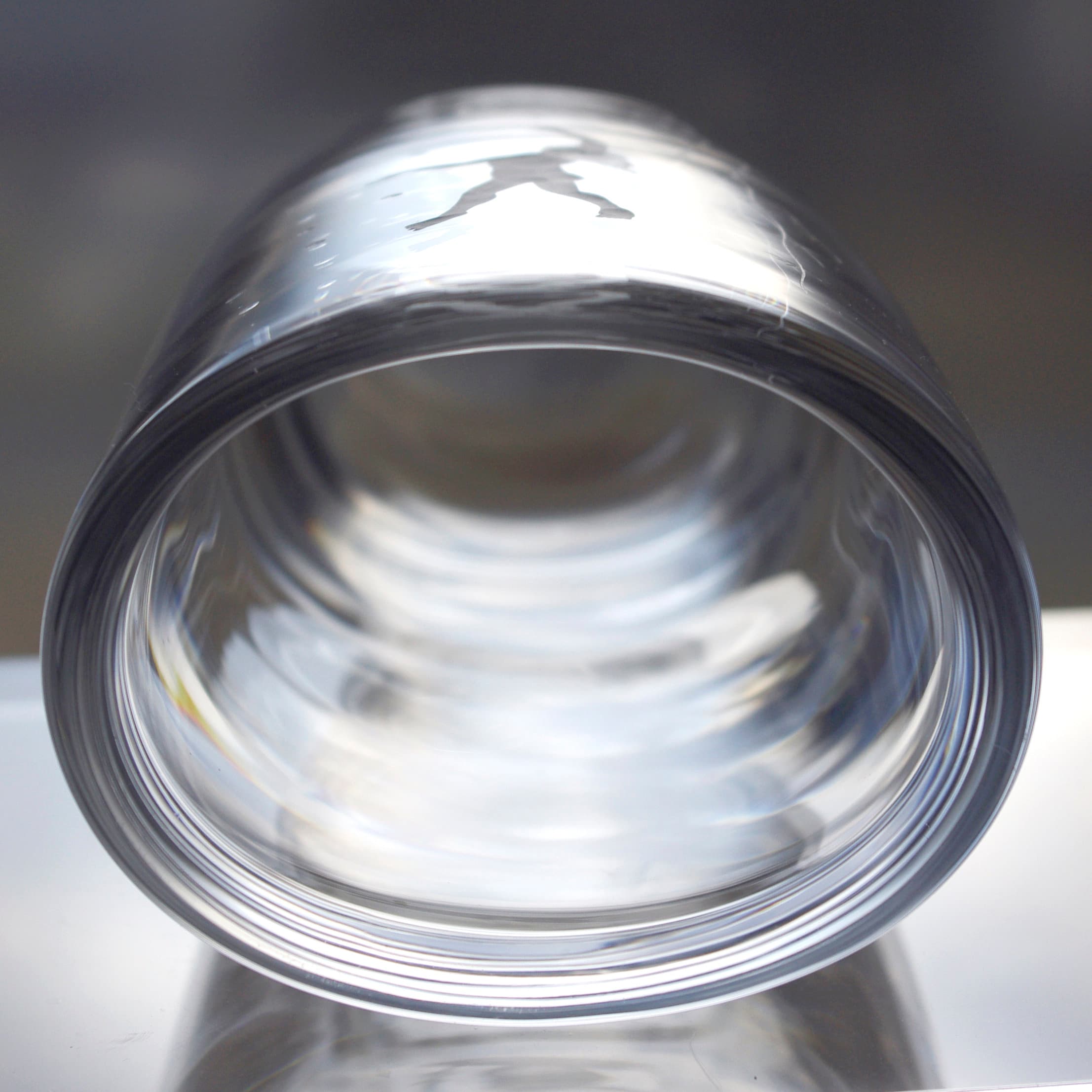 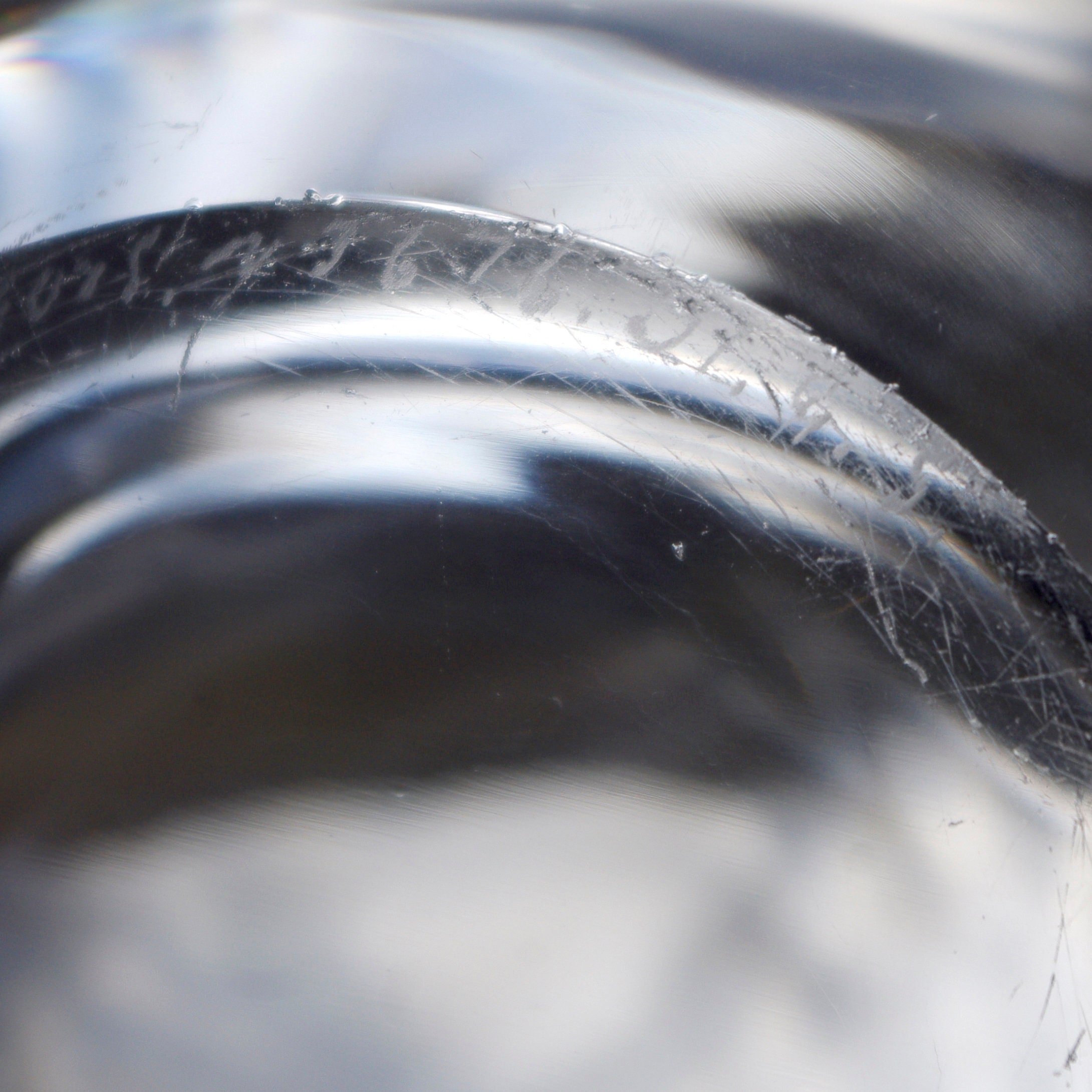 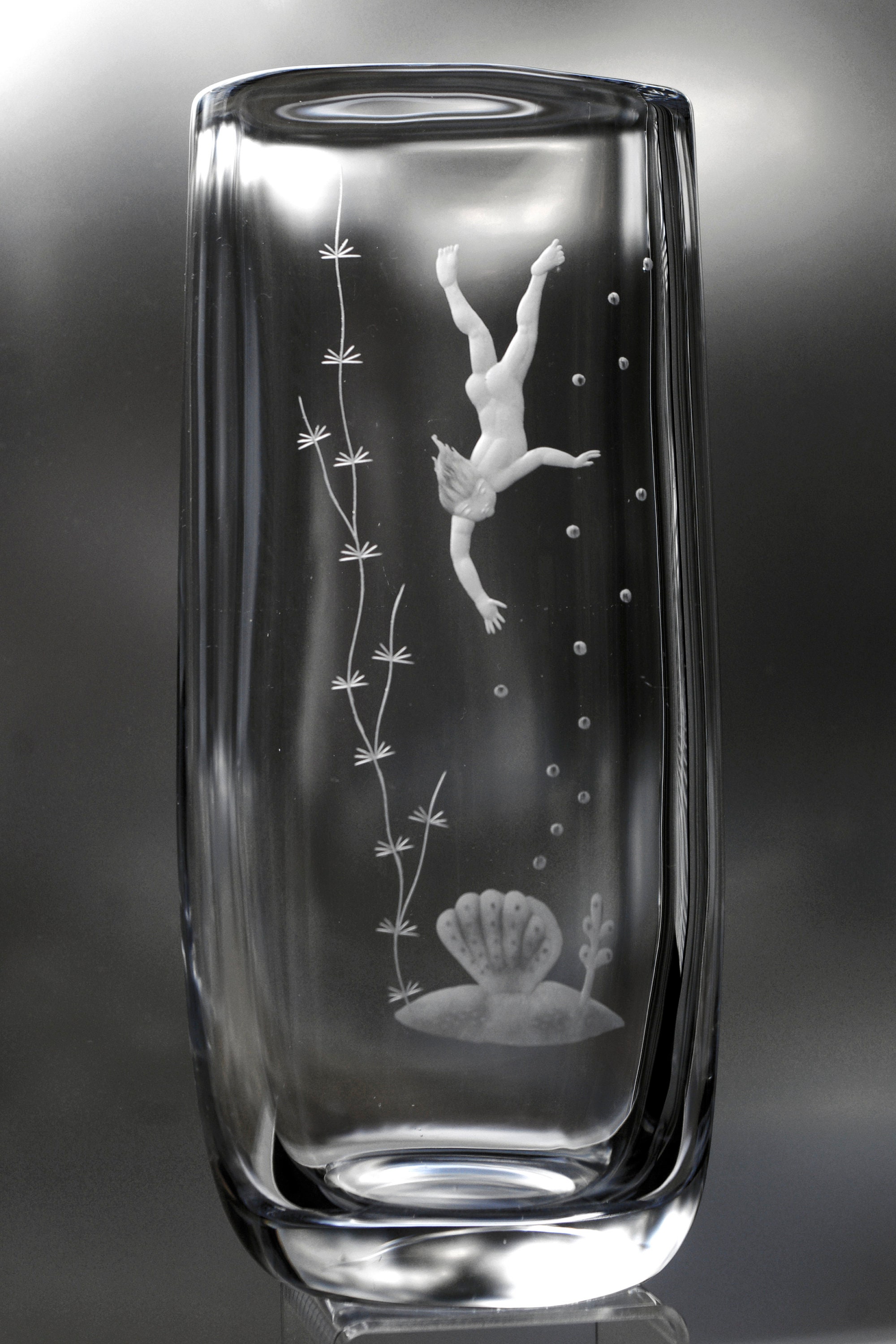 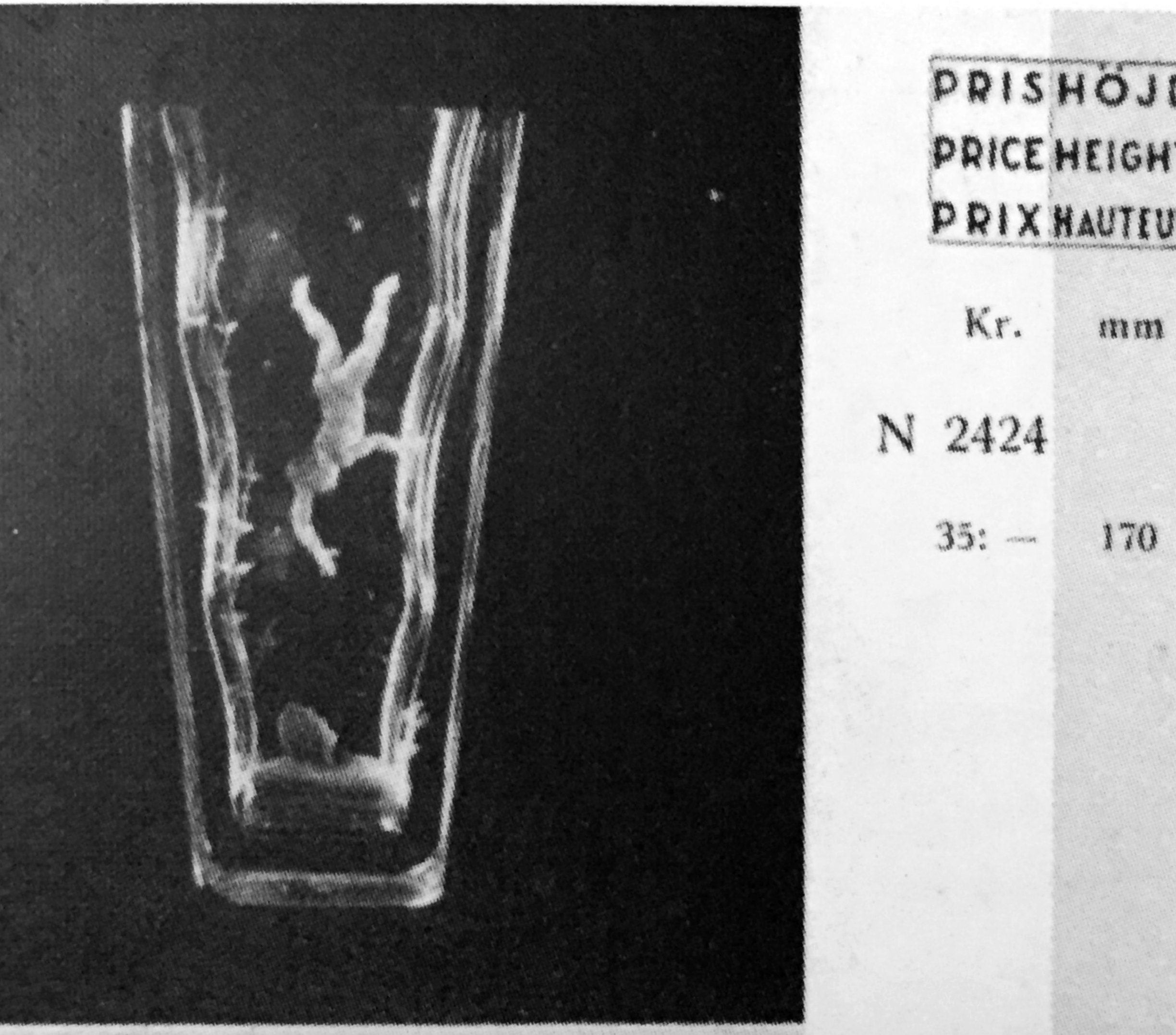 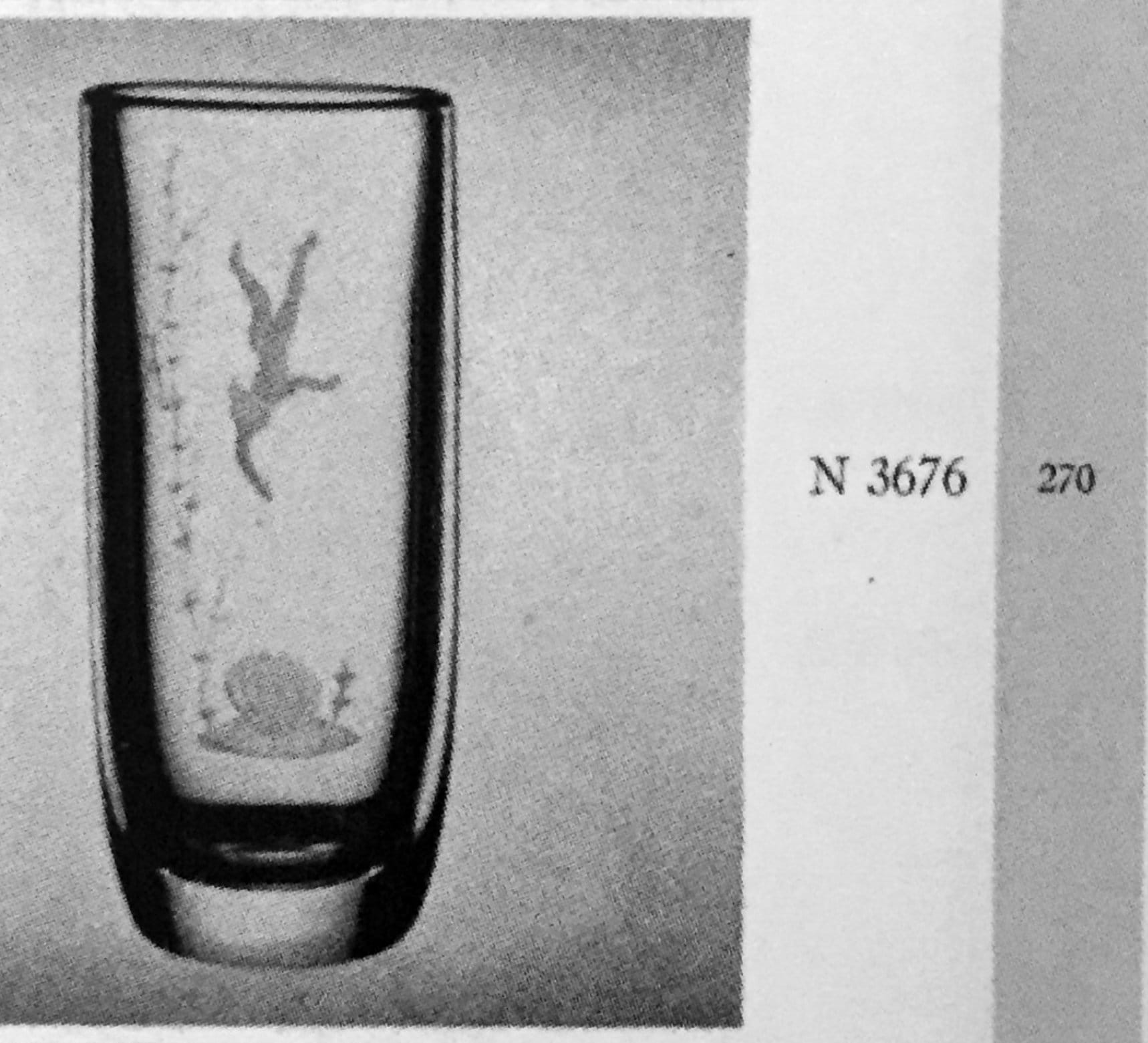 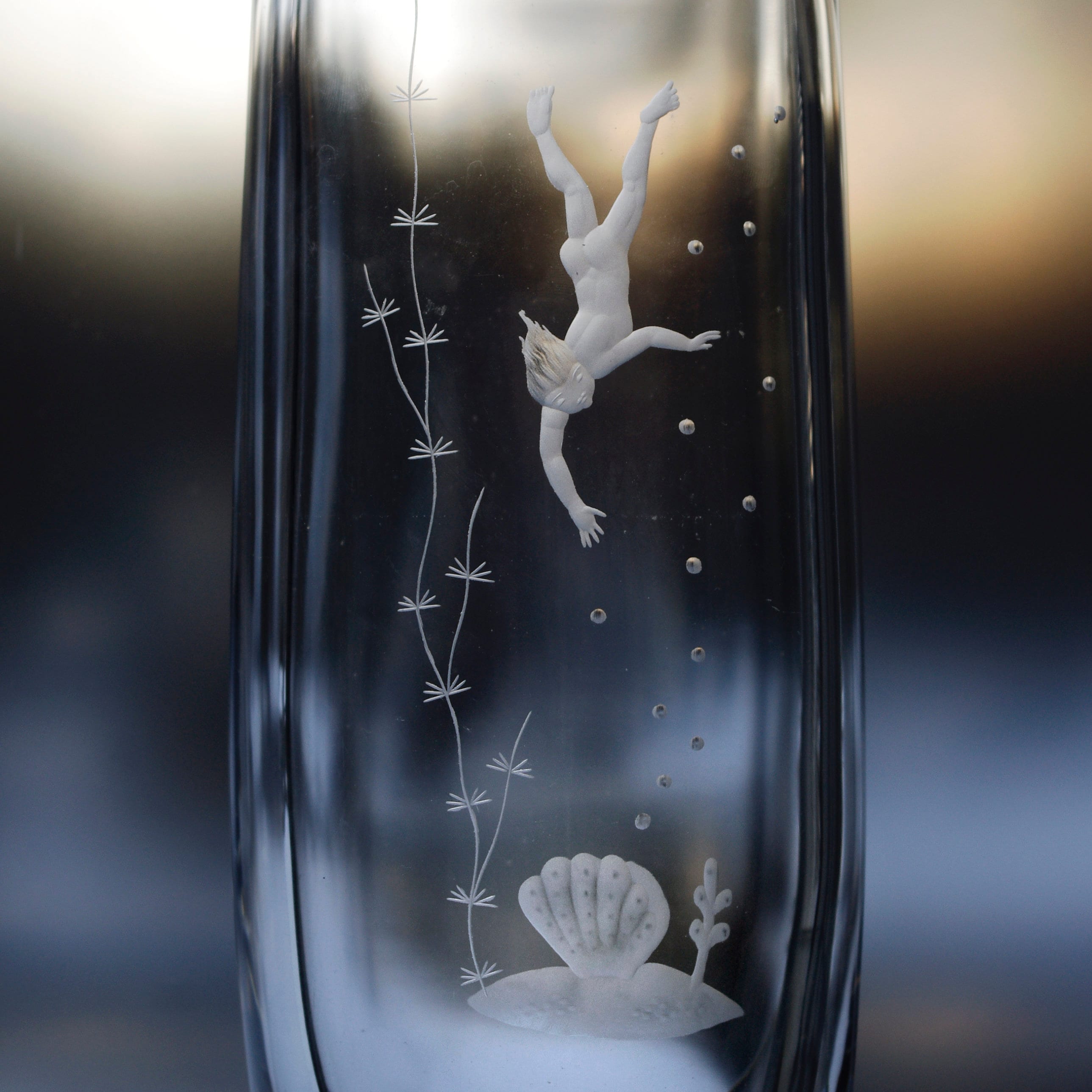 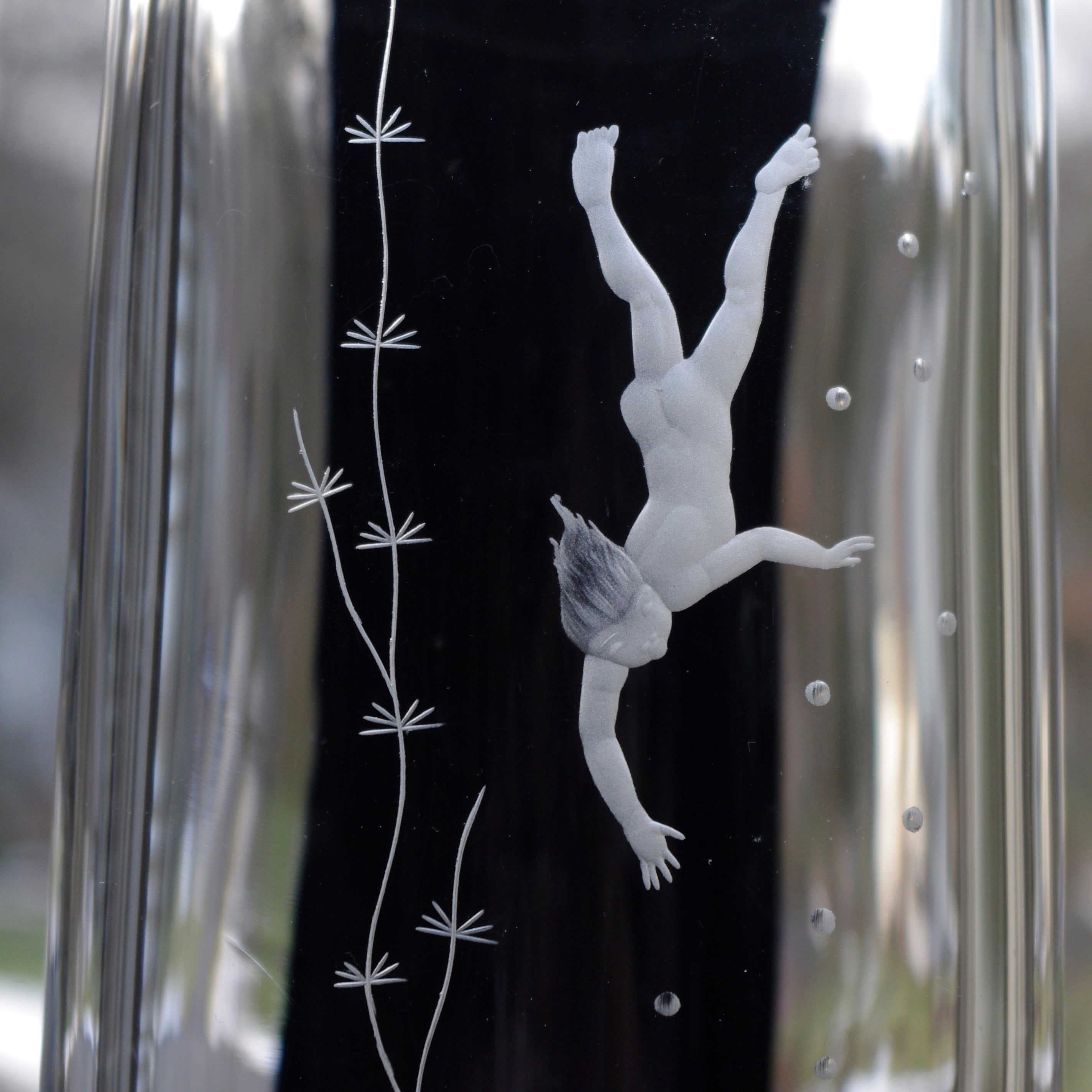 This fantastic Swedish art glass was designed by Nils Landberg, one of the great 20th century Orrefors artists. The vase depicts a small nude child, diving down to a large, open oyster shell. This theme was first popularized by fellow Orrefors designer, Vicke Lindstrand, with his seminal 1932 work, the Pearl Fisher. The vase is large, 3.25" x 4.25" x 10.25" (80mm x 110mm x 270mm) and weighs 6.1 pounds (2.8 kg).

The codes etched on the bottom of an Orrefors piece tell us about when it was designed, when it was made, and by whom. In this case, the vase (3676) was designed by Landberg in 1960, but I know from an earlier catalog image that the engraved depiction of the diving child (2424) was first done by Landberg in 1941. (That was the year after Lindstrand left Orrefors.) This actual vase was made in 1962 (D1) and the engraver was likely Anders Svensson or Thure Schultzberg.