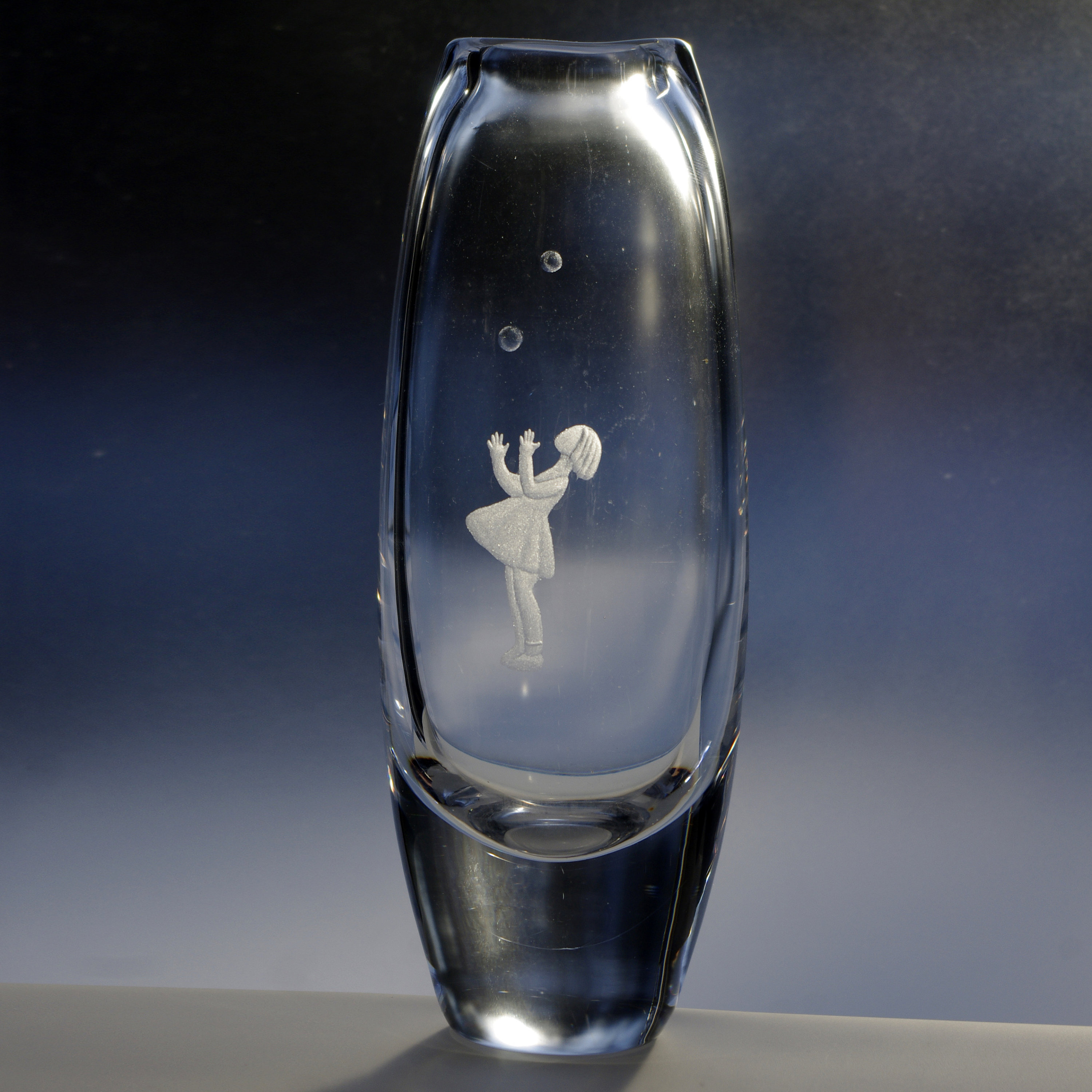 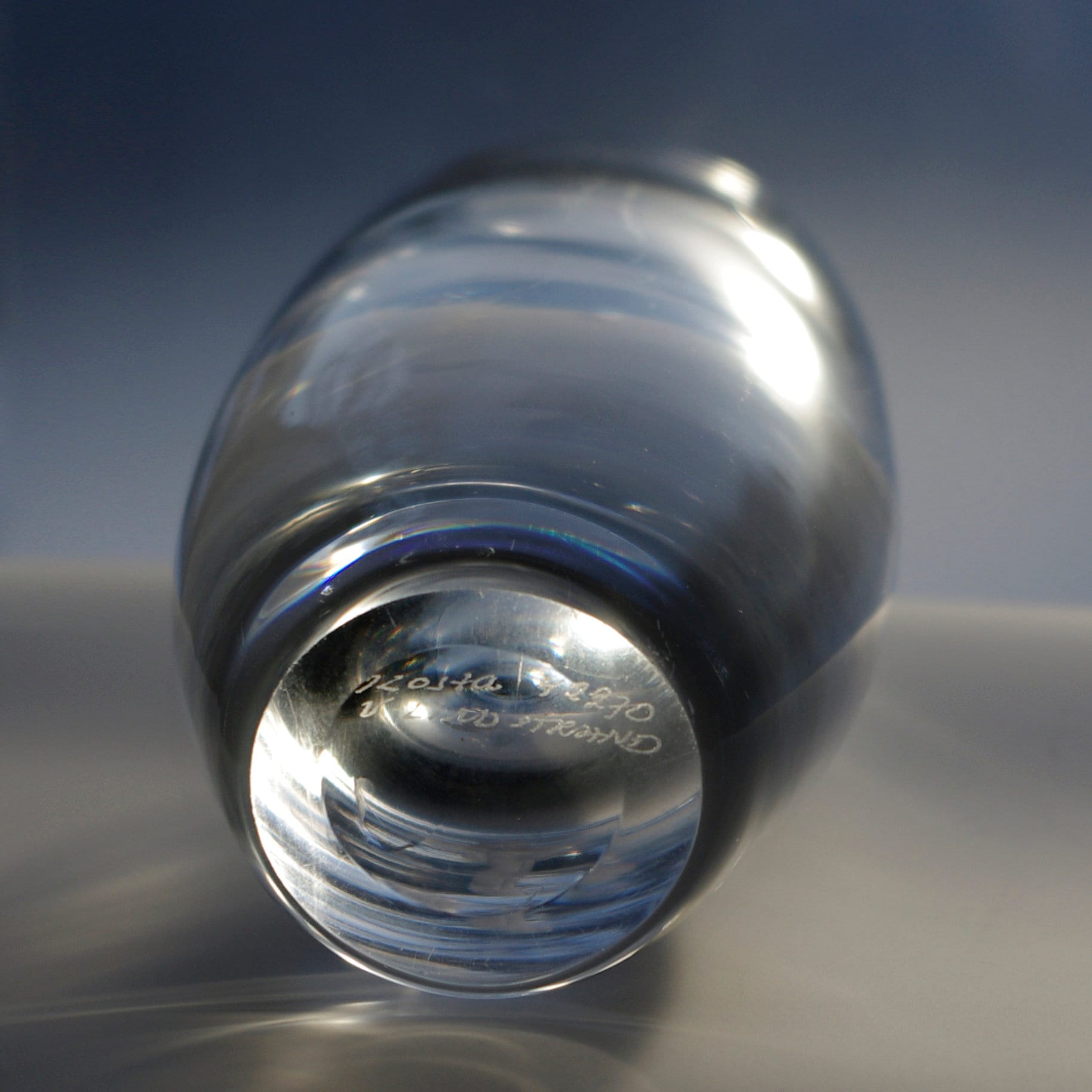 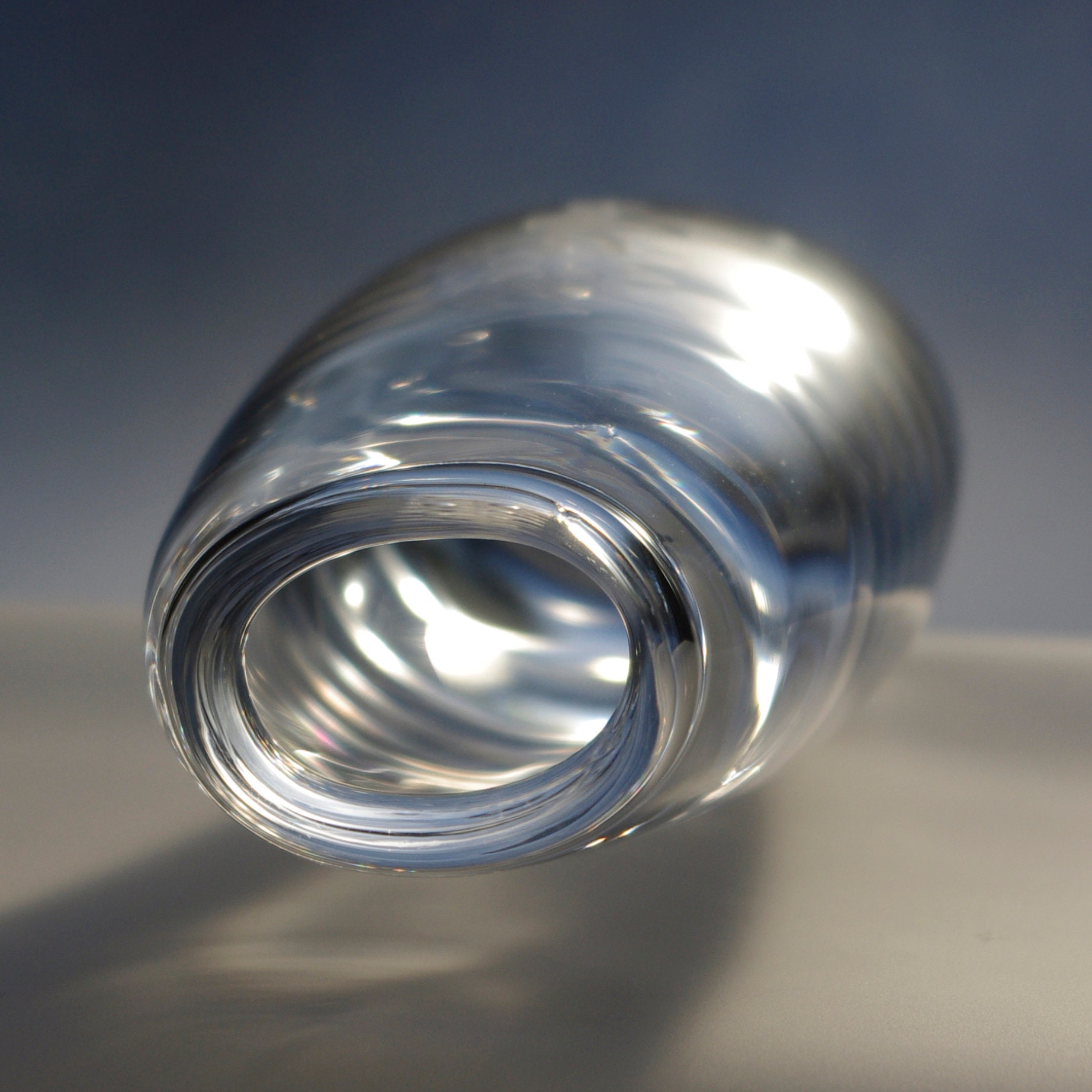 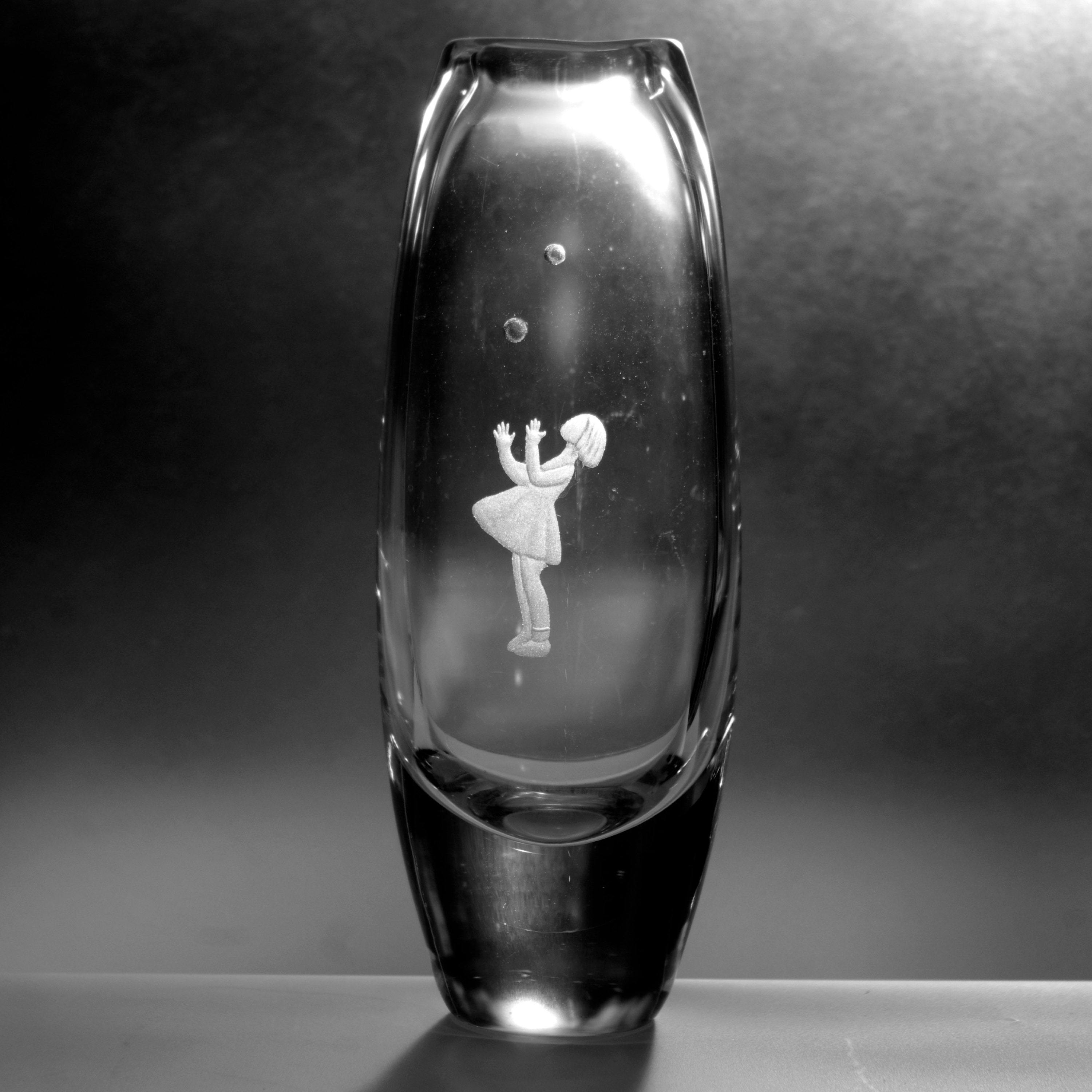 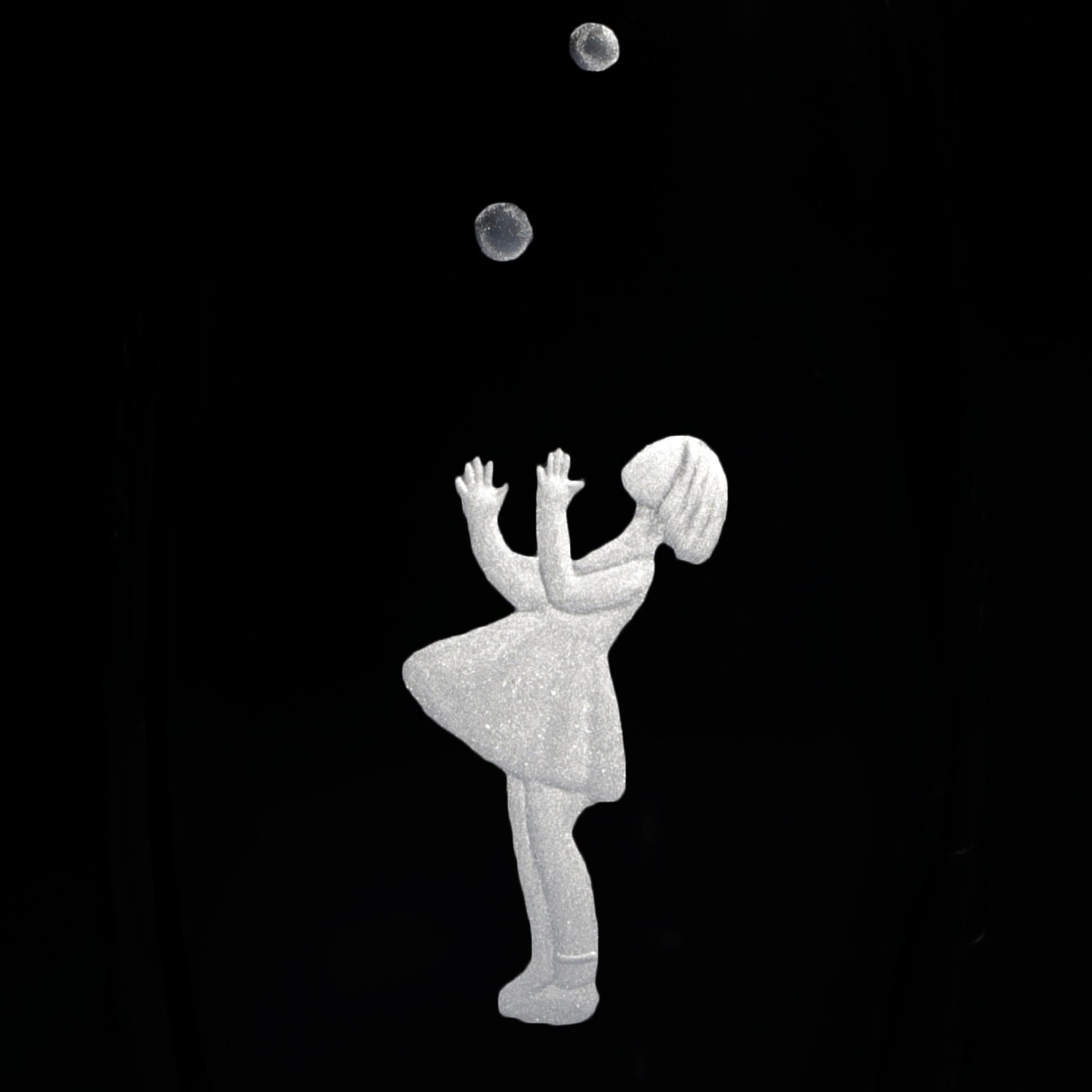 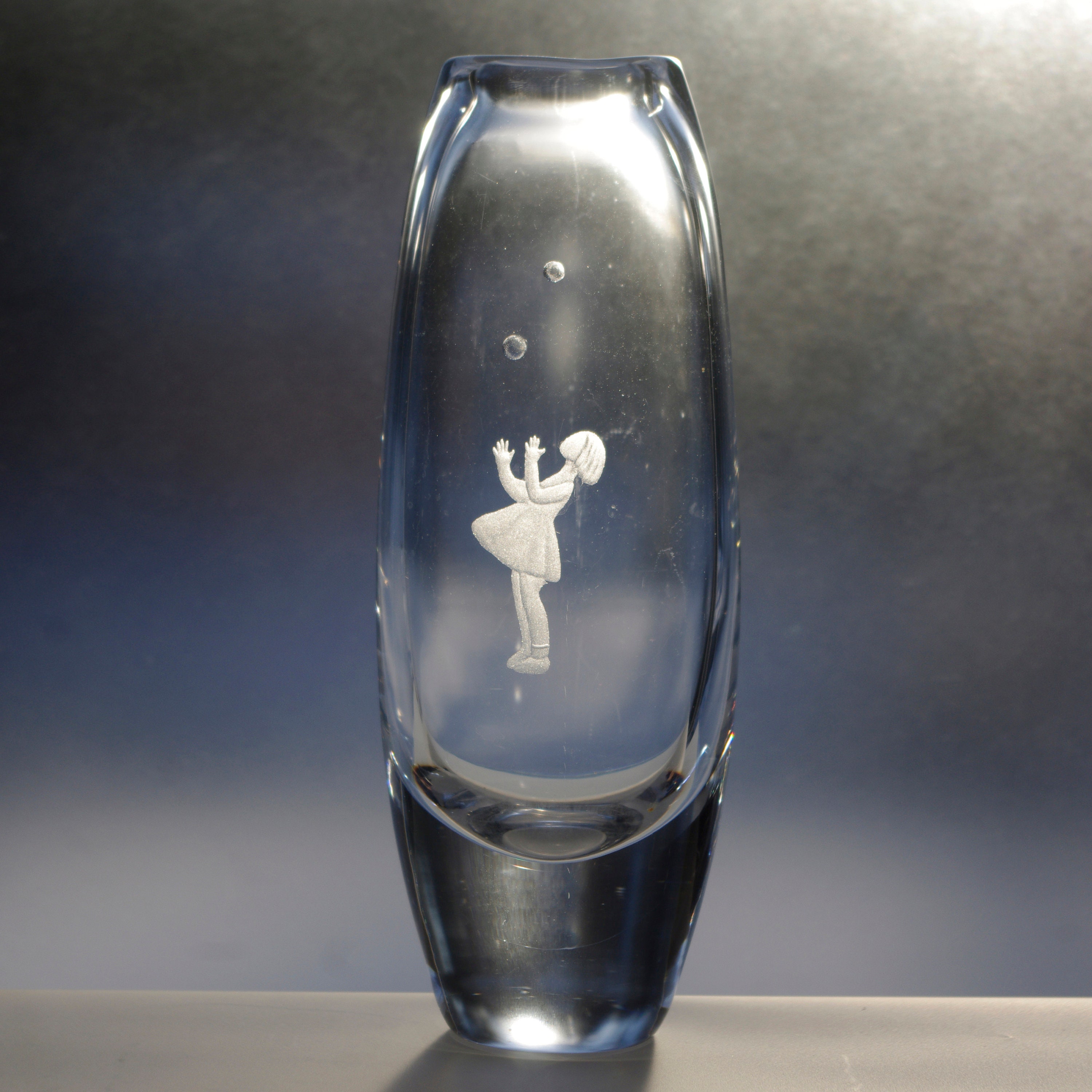 This charming Swedish art glass vase was designed by Vicke Lindstrand in the 1950's at Kosta Glassworks (before the merger with Boda in the 70's). It is a lovely size for an accent piece or to hold a small bouquet of flowers, measuring 2.5" x 3" x 7.5" and weighing nearly 2 pounds.