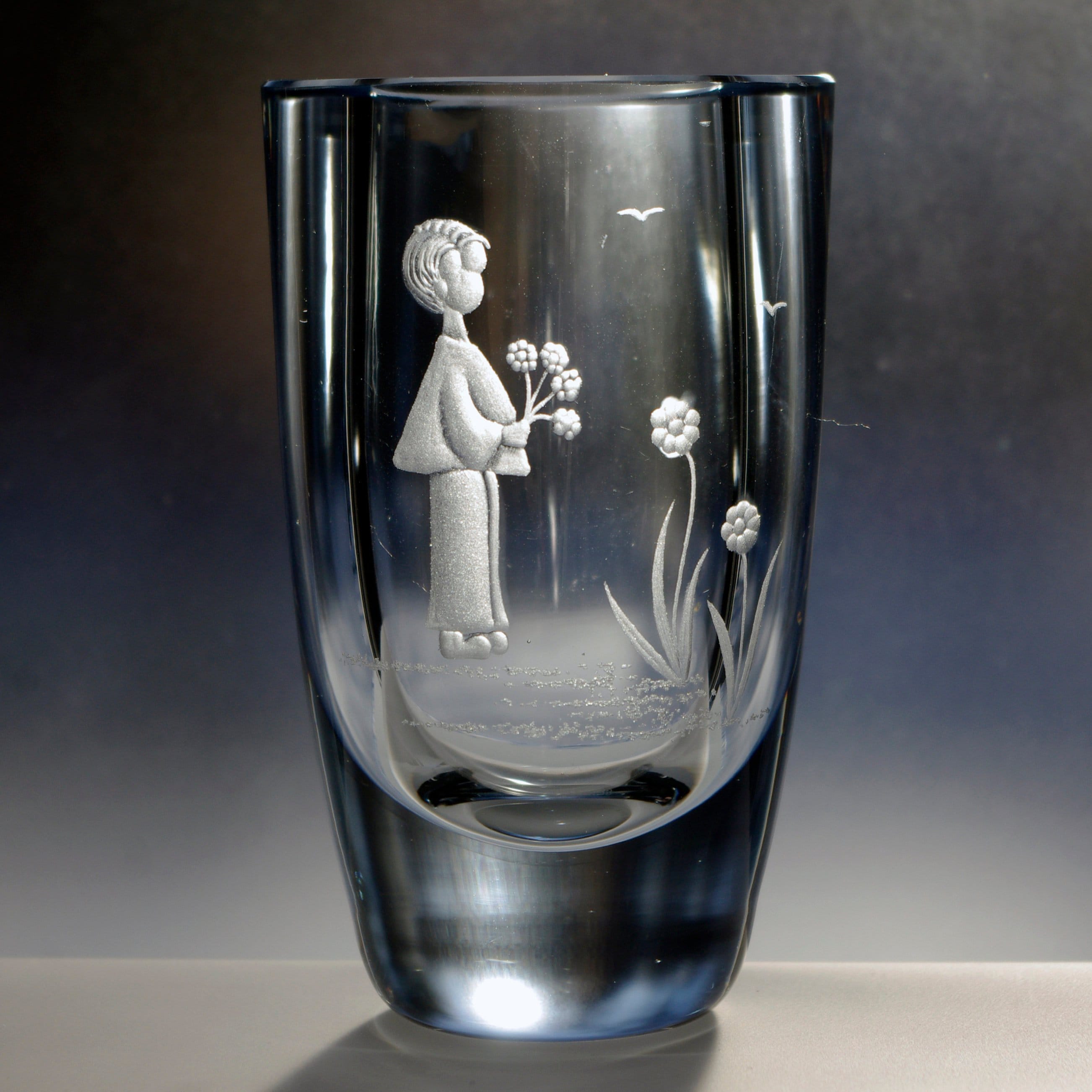 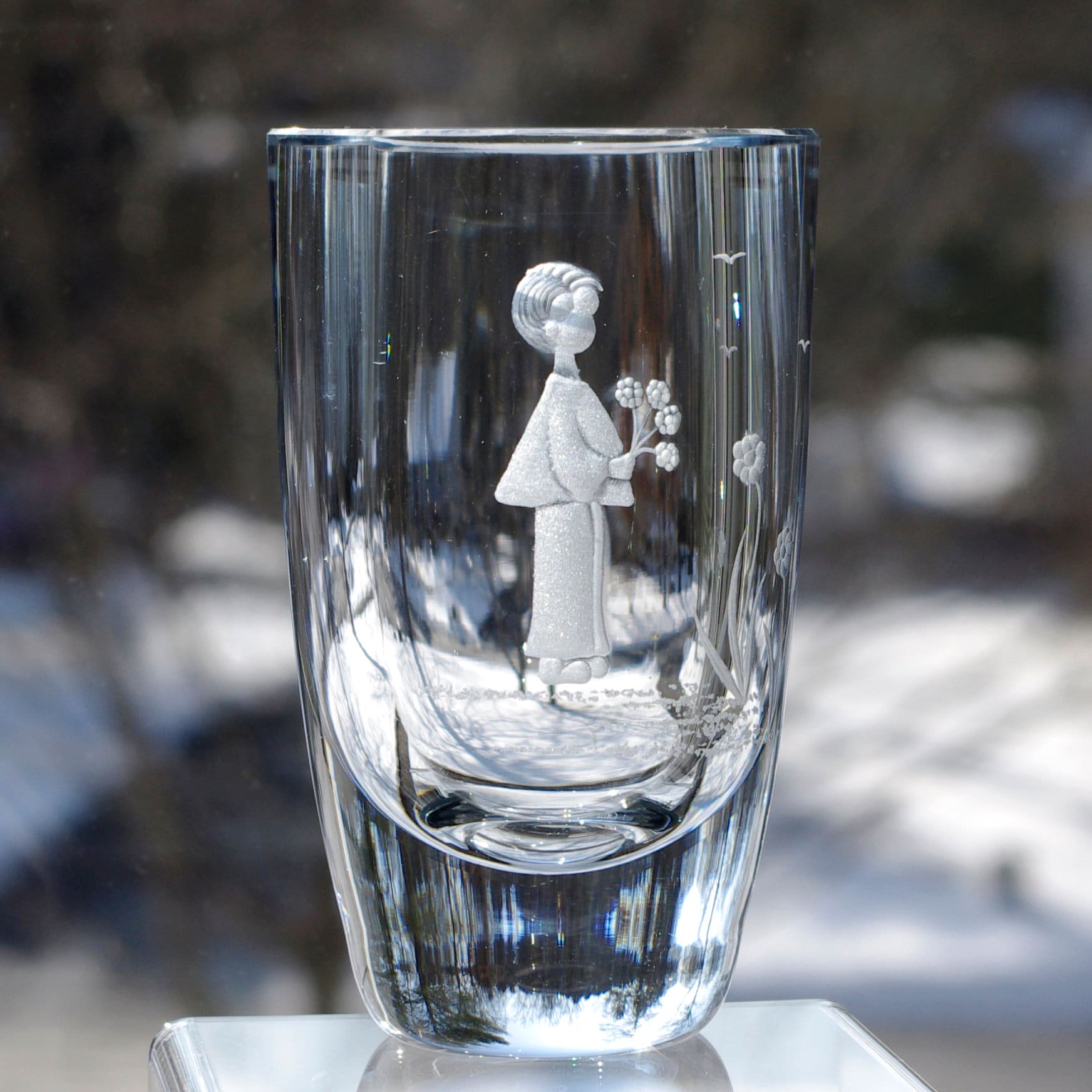 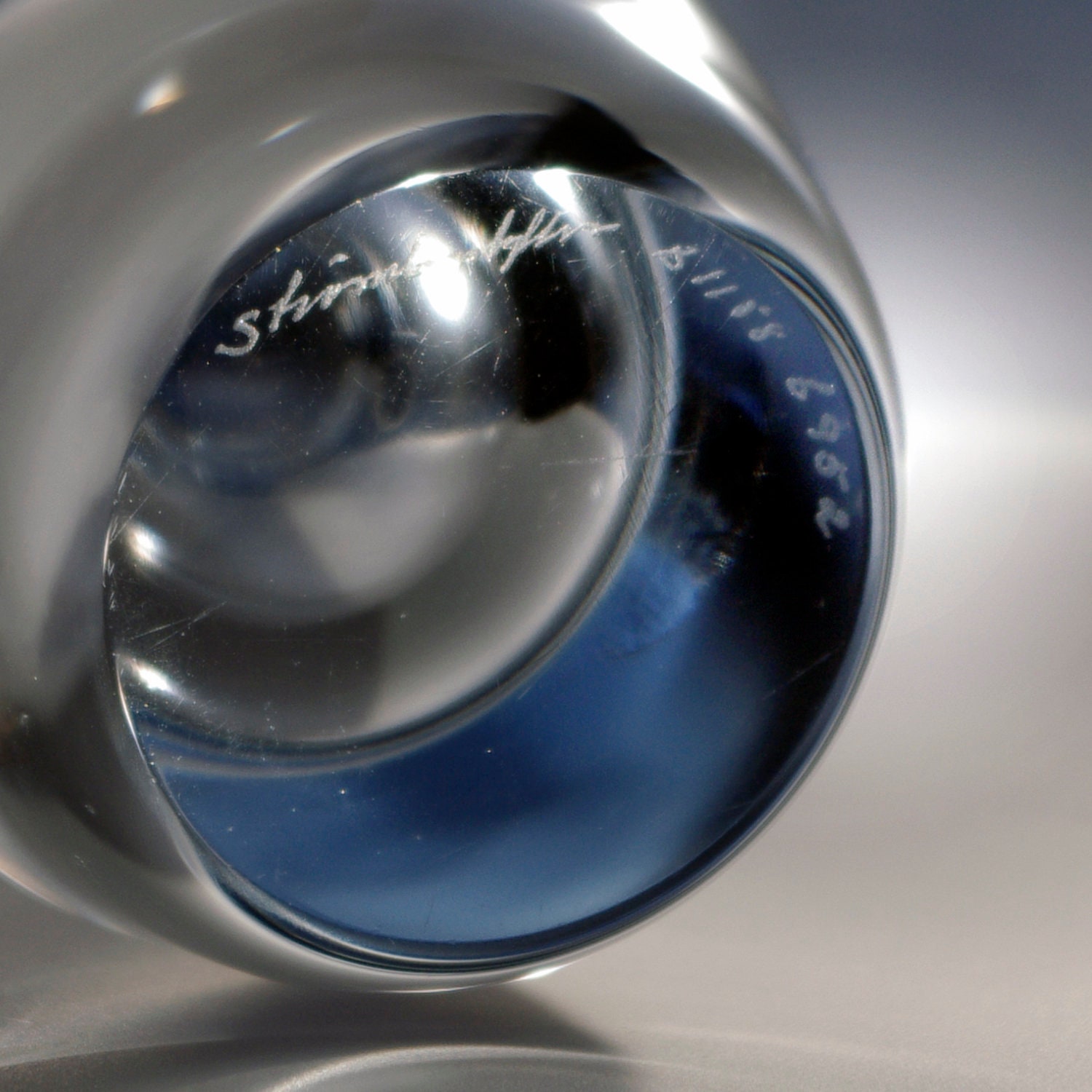 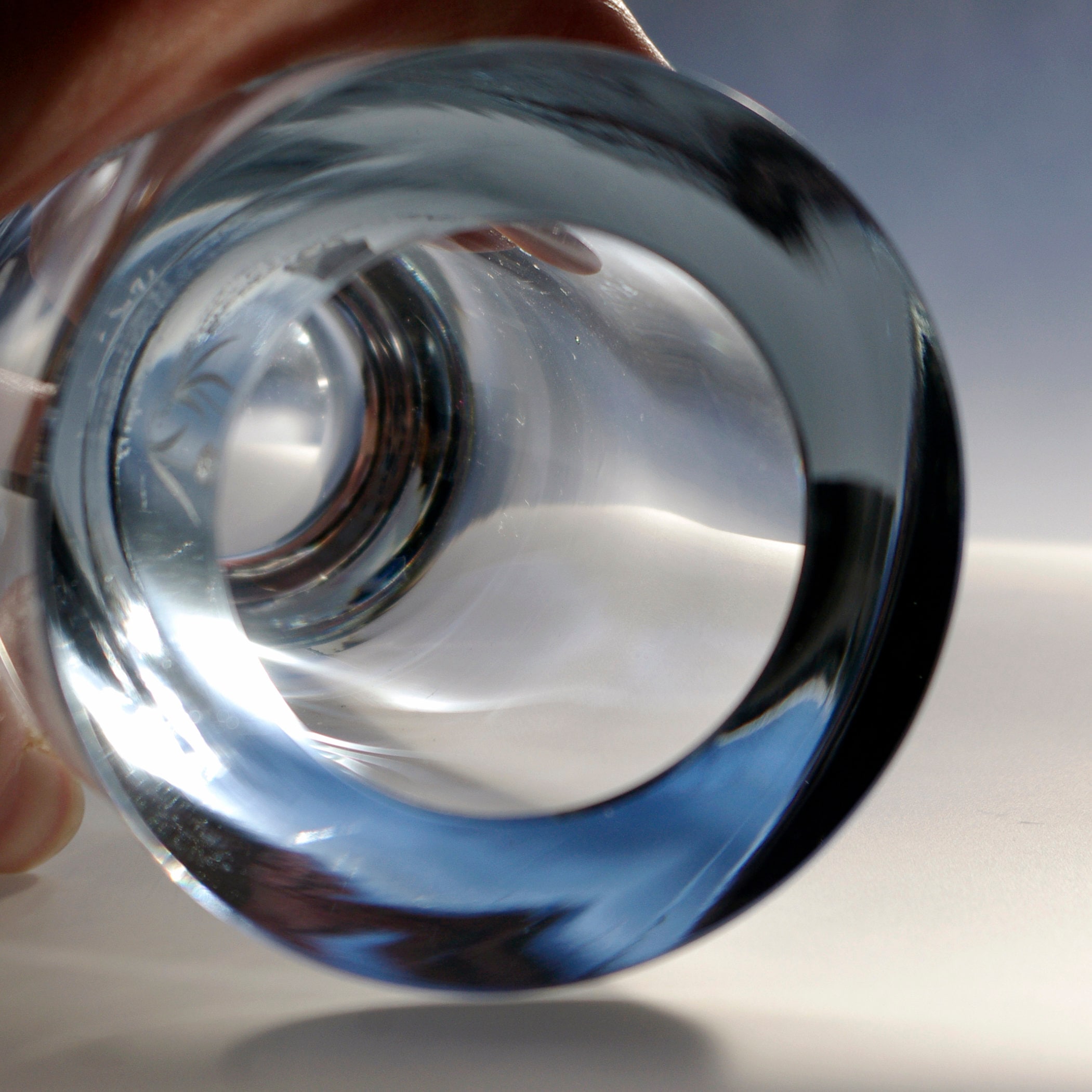 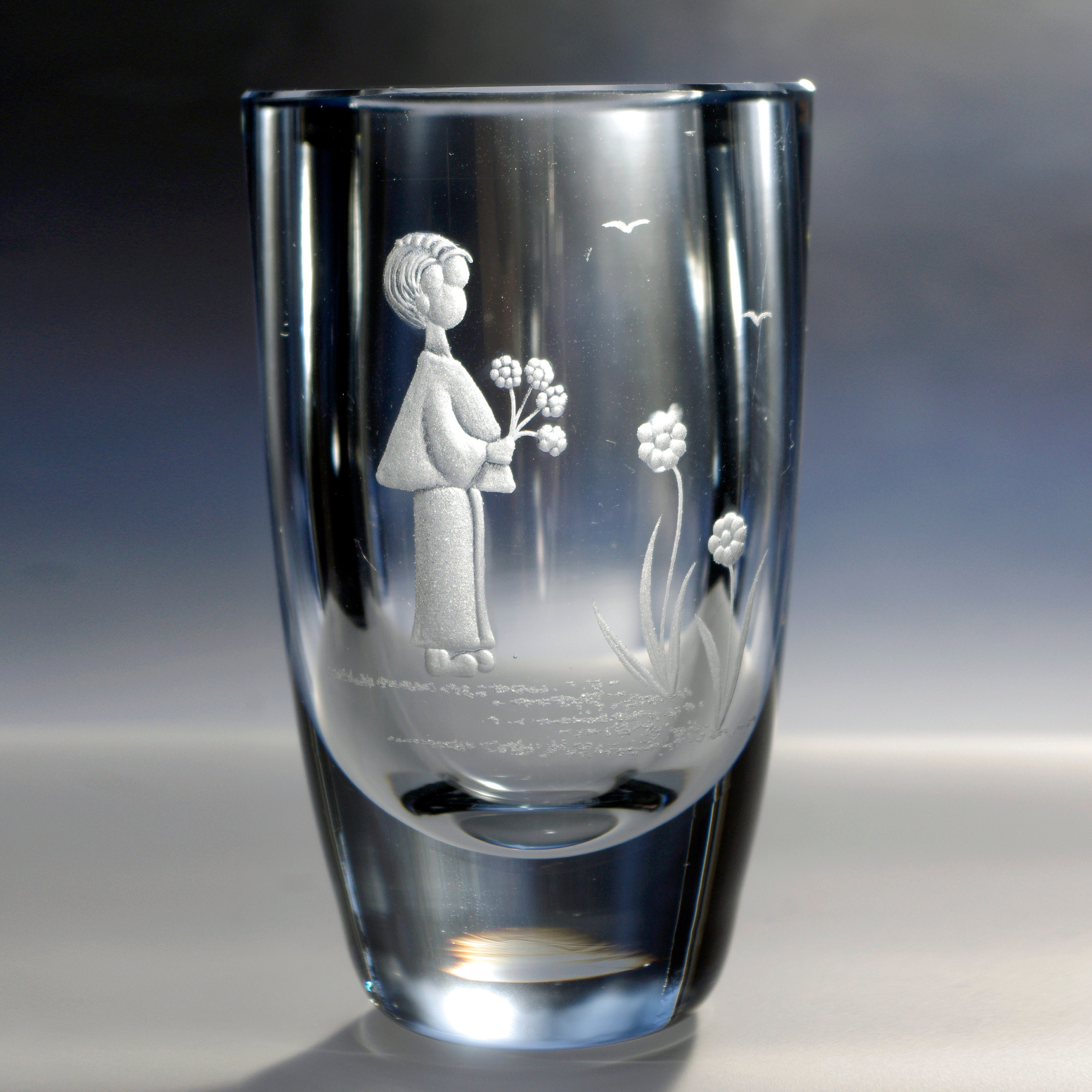 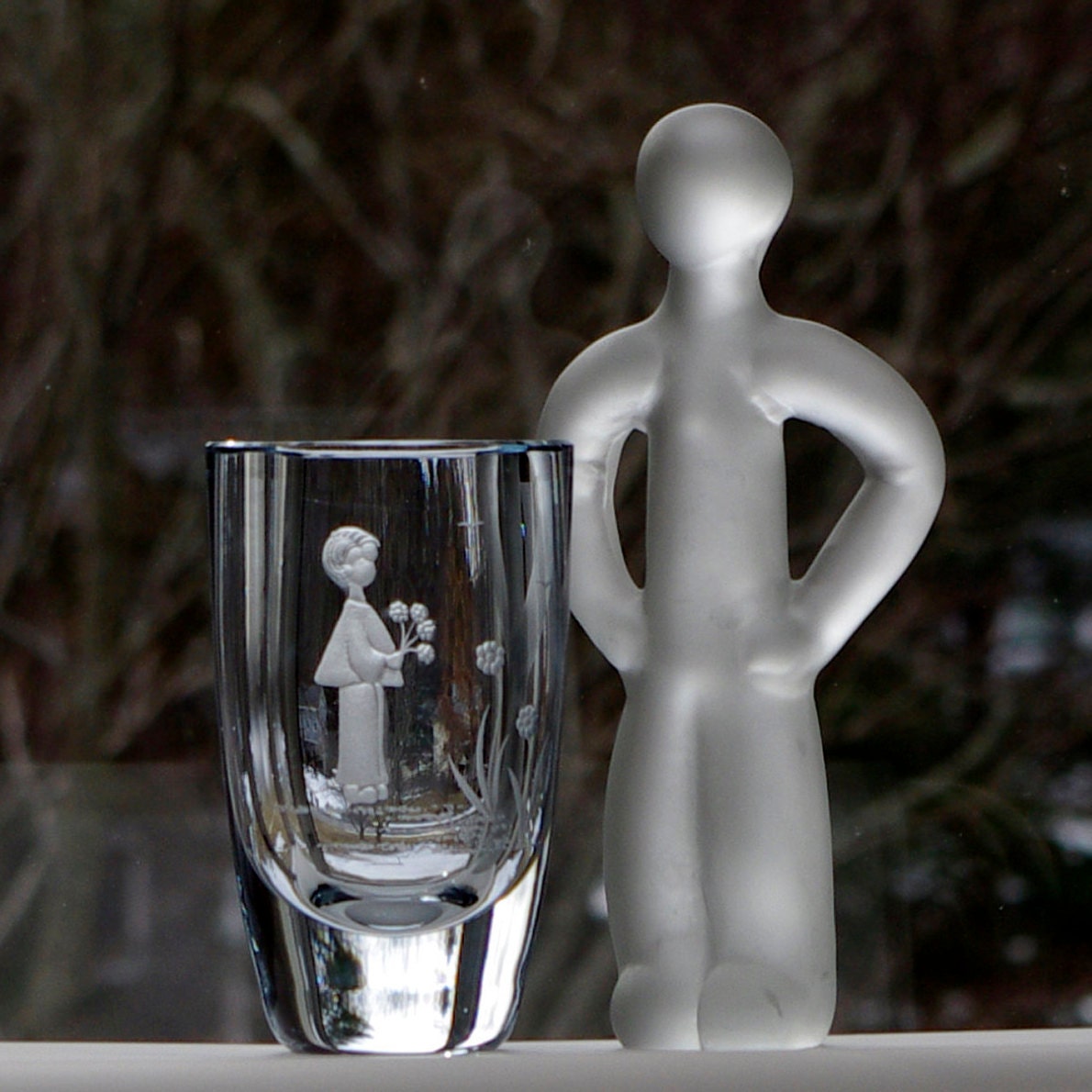 It is a small vase, 3" in diameter and 5" tall, but heavy, weighing 1.75 pounds. It is in excellent condition, clear and sparkling, with no nicks or chips. The numbers on its base tell us about the date of the vase design and the motif design. The vase, B1158, and the motif, C952, were both designed in the late 60's or early 70's.