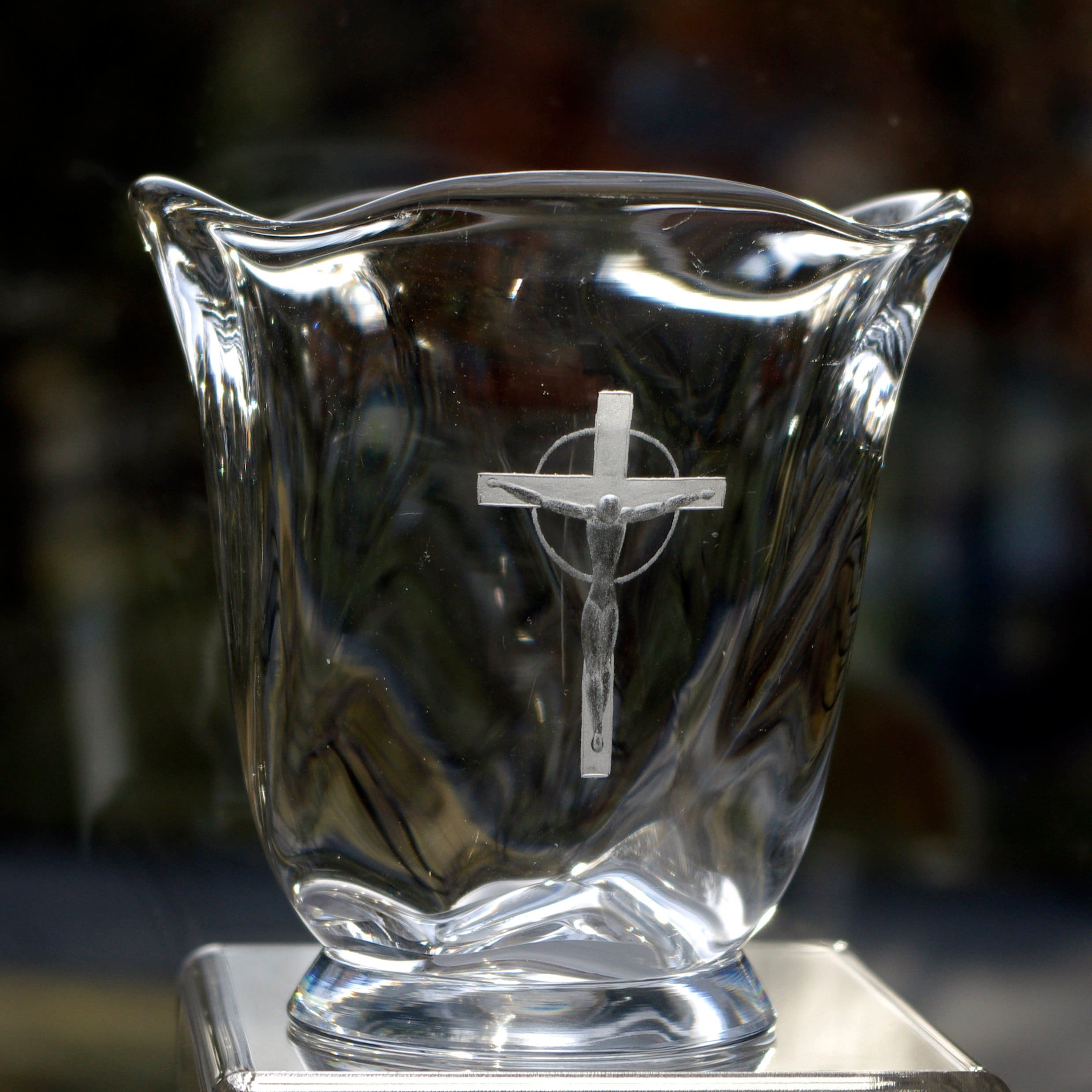 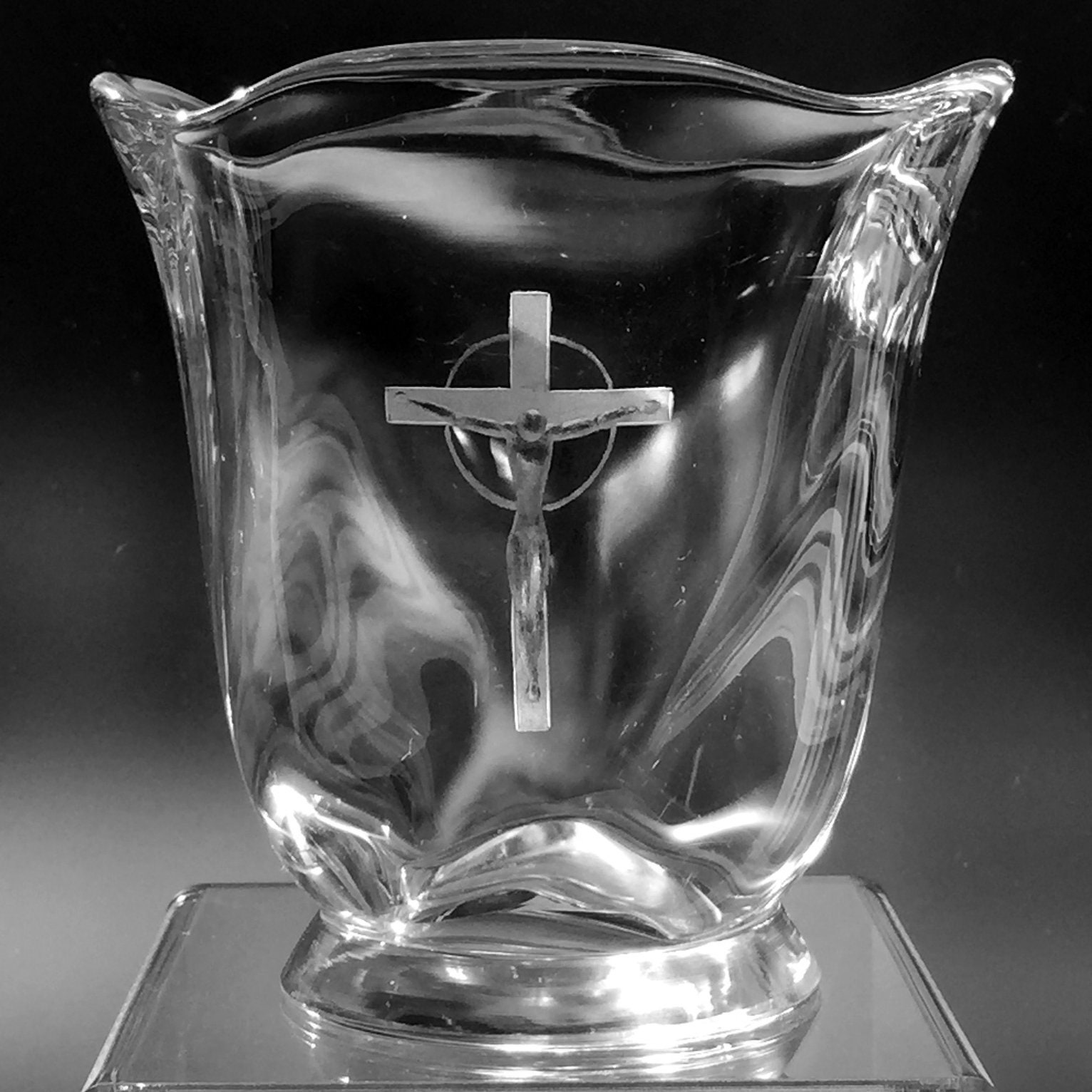 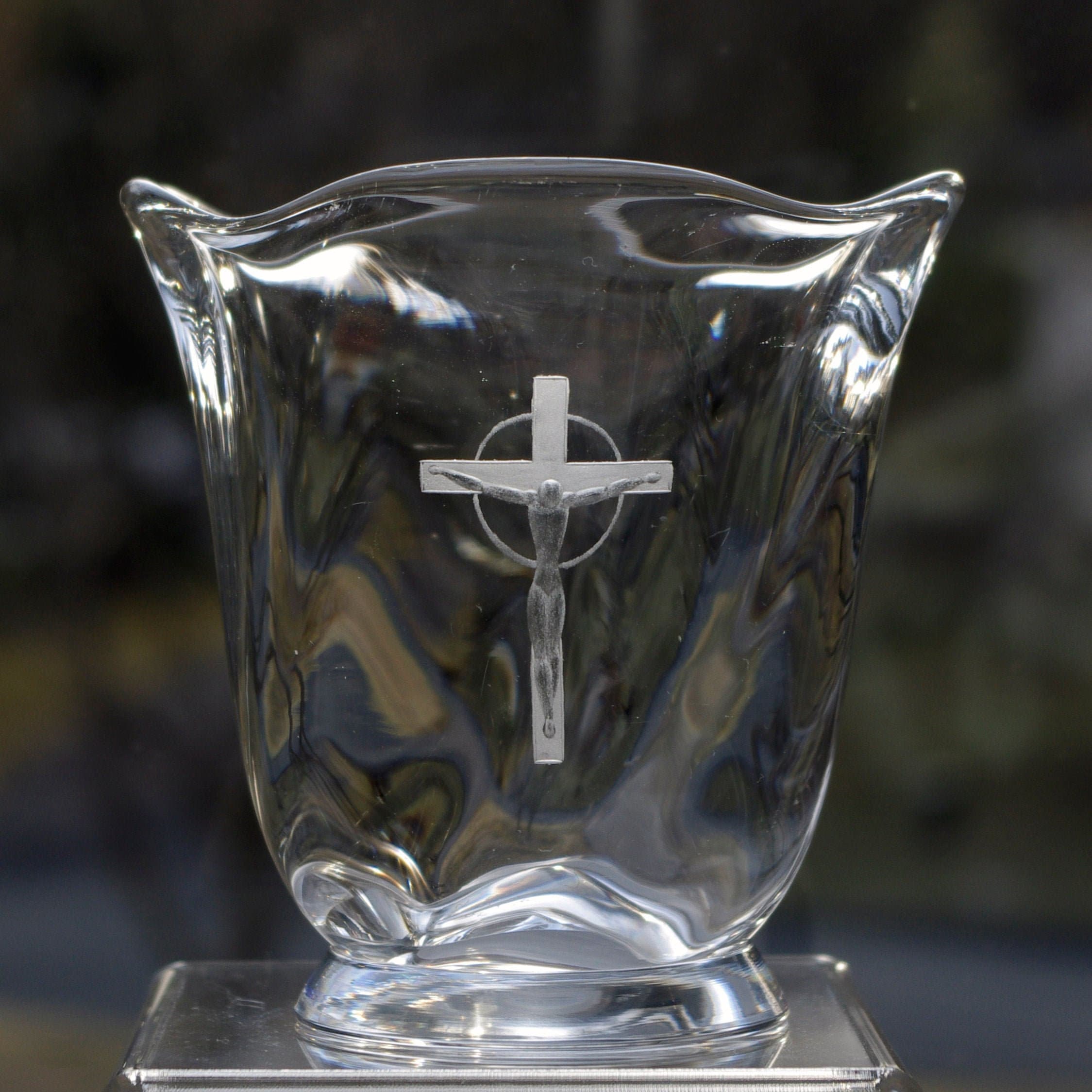 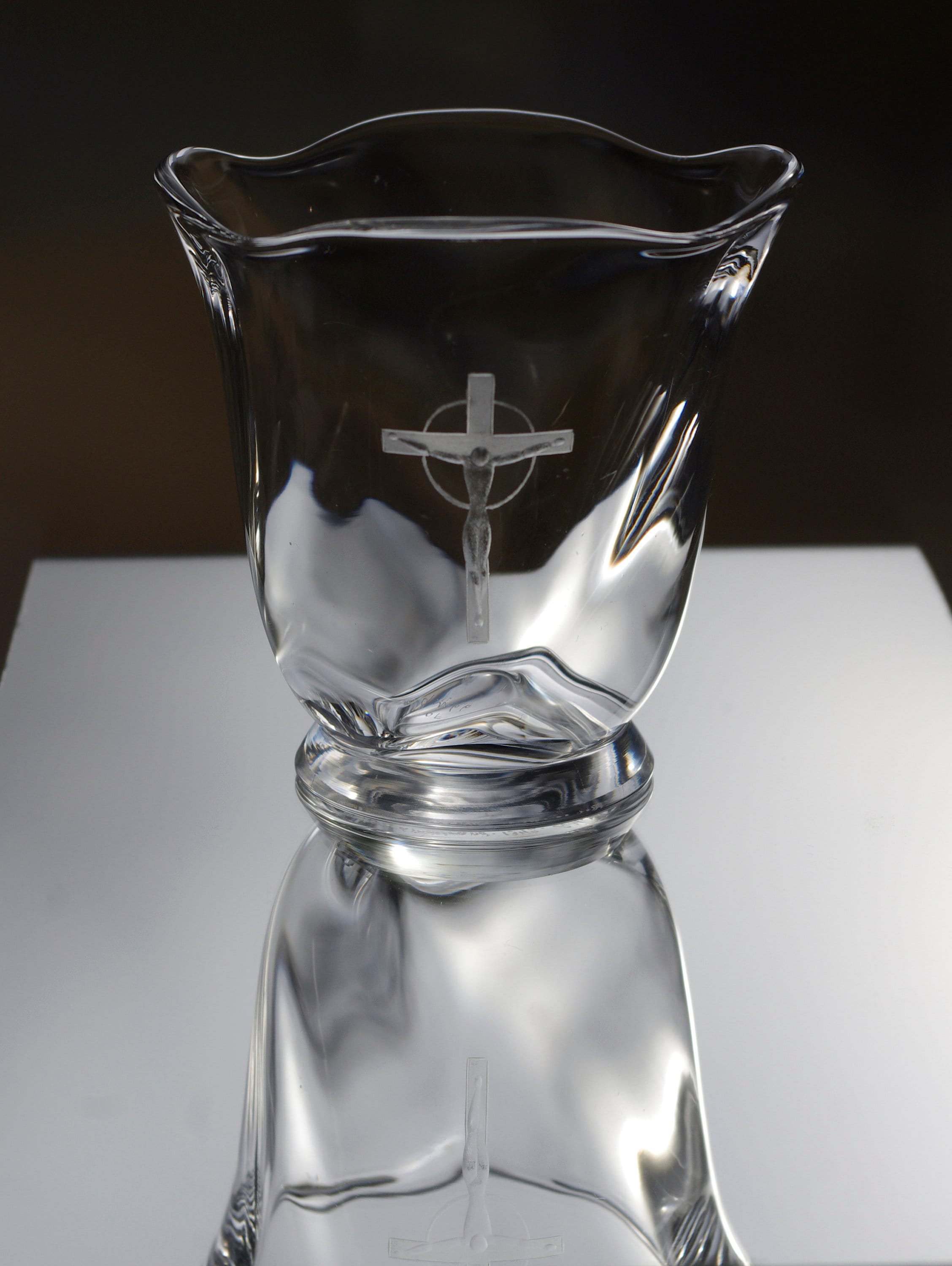 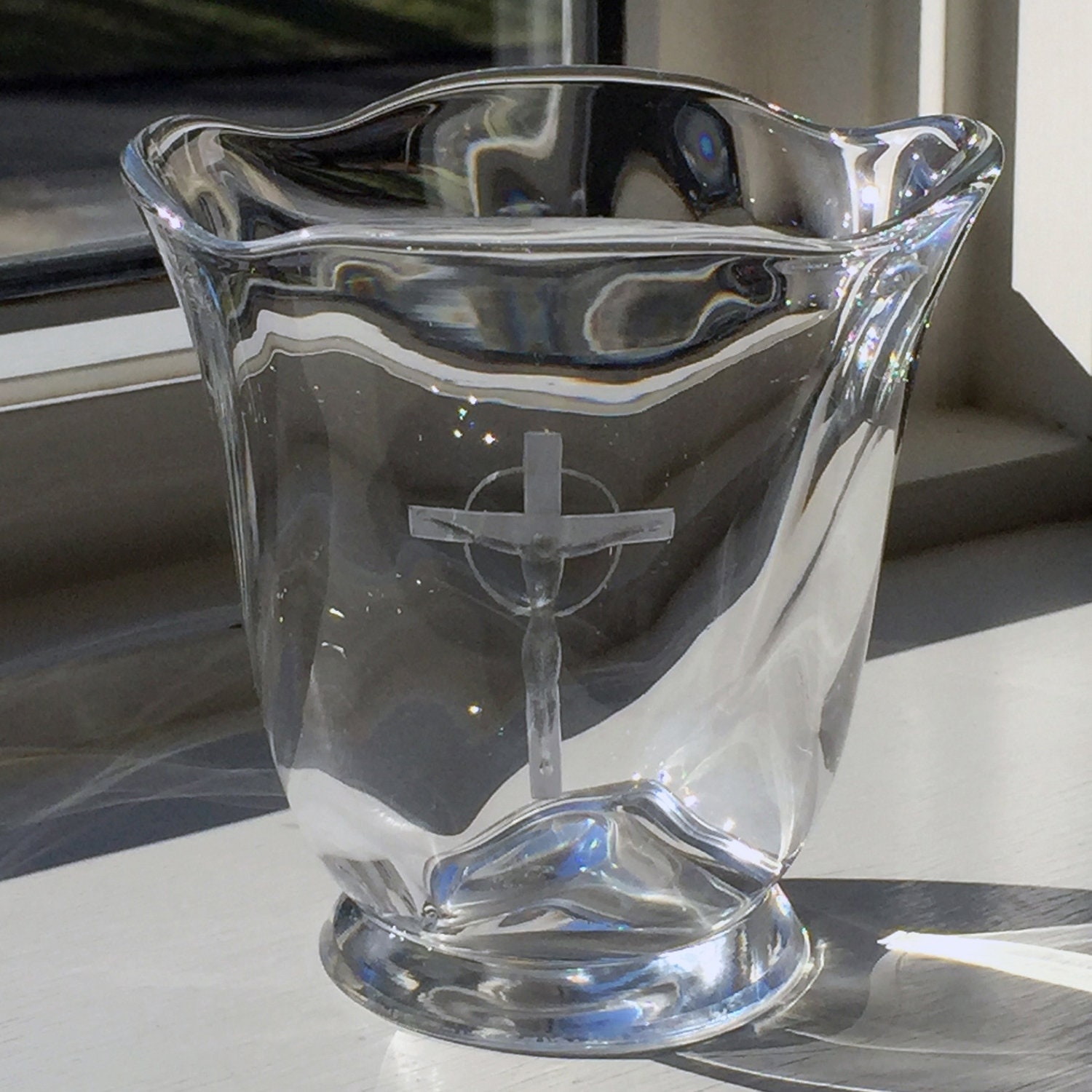 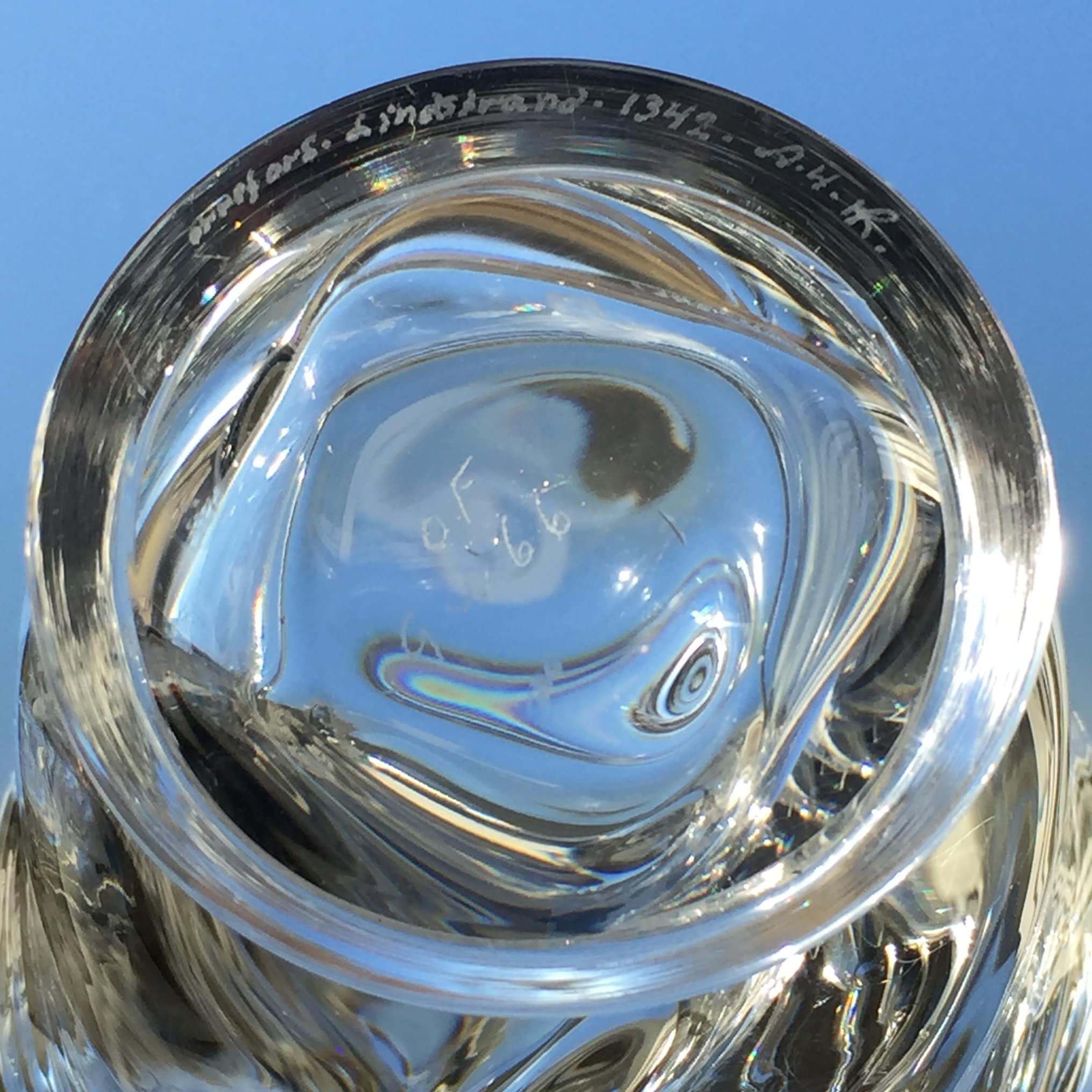 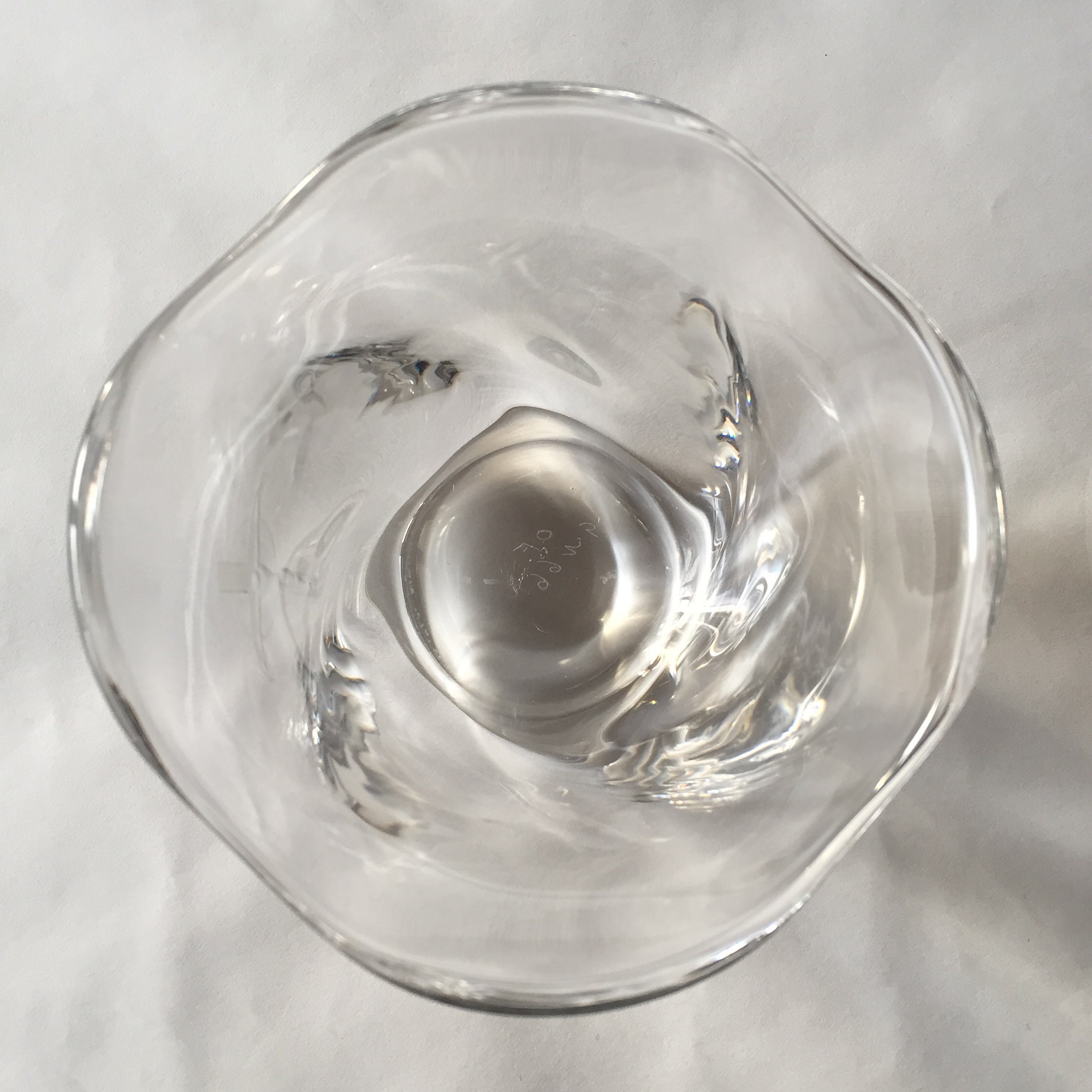 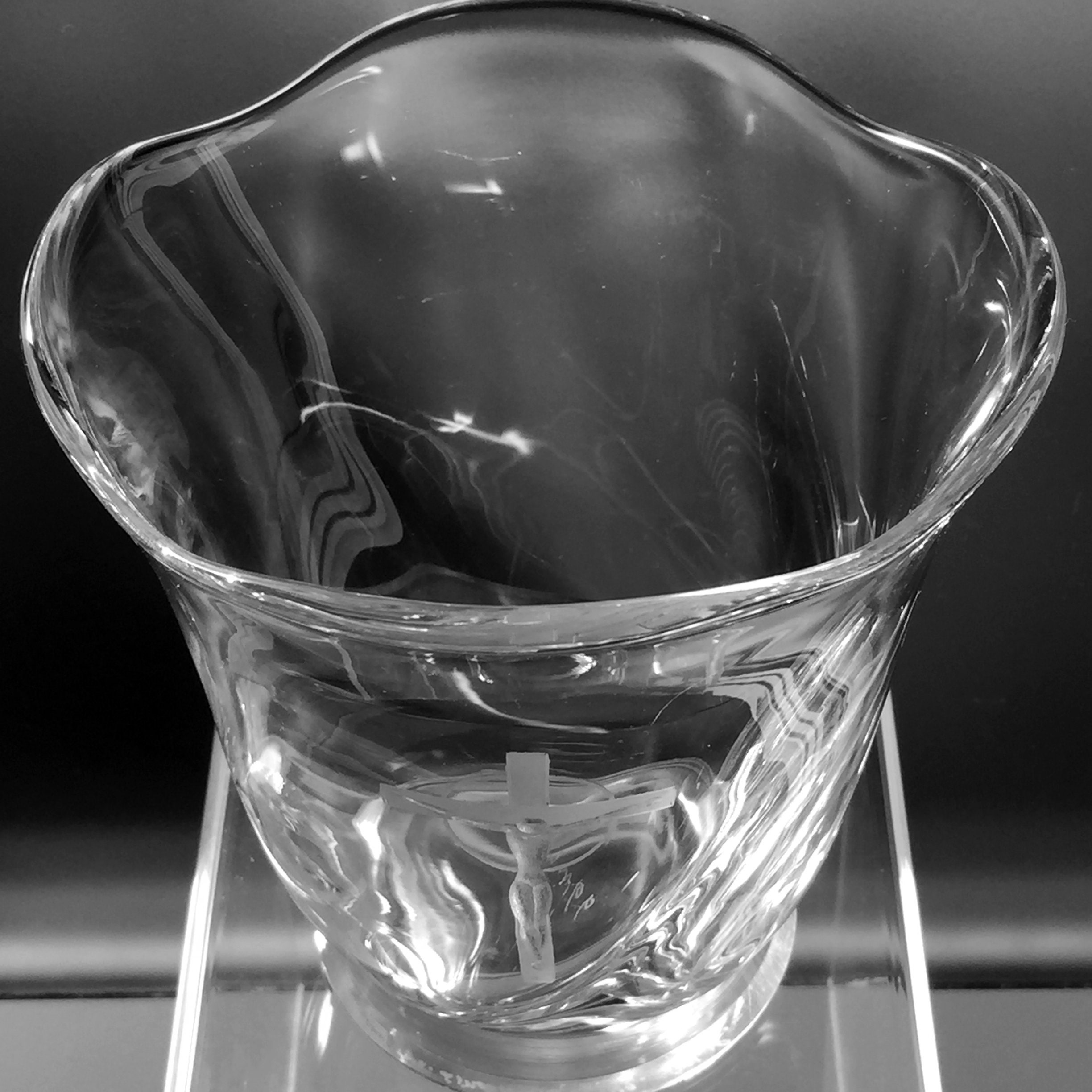 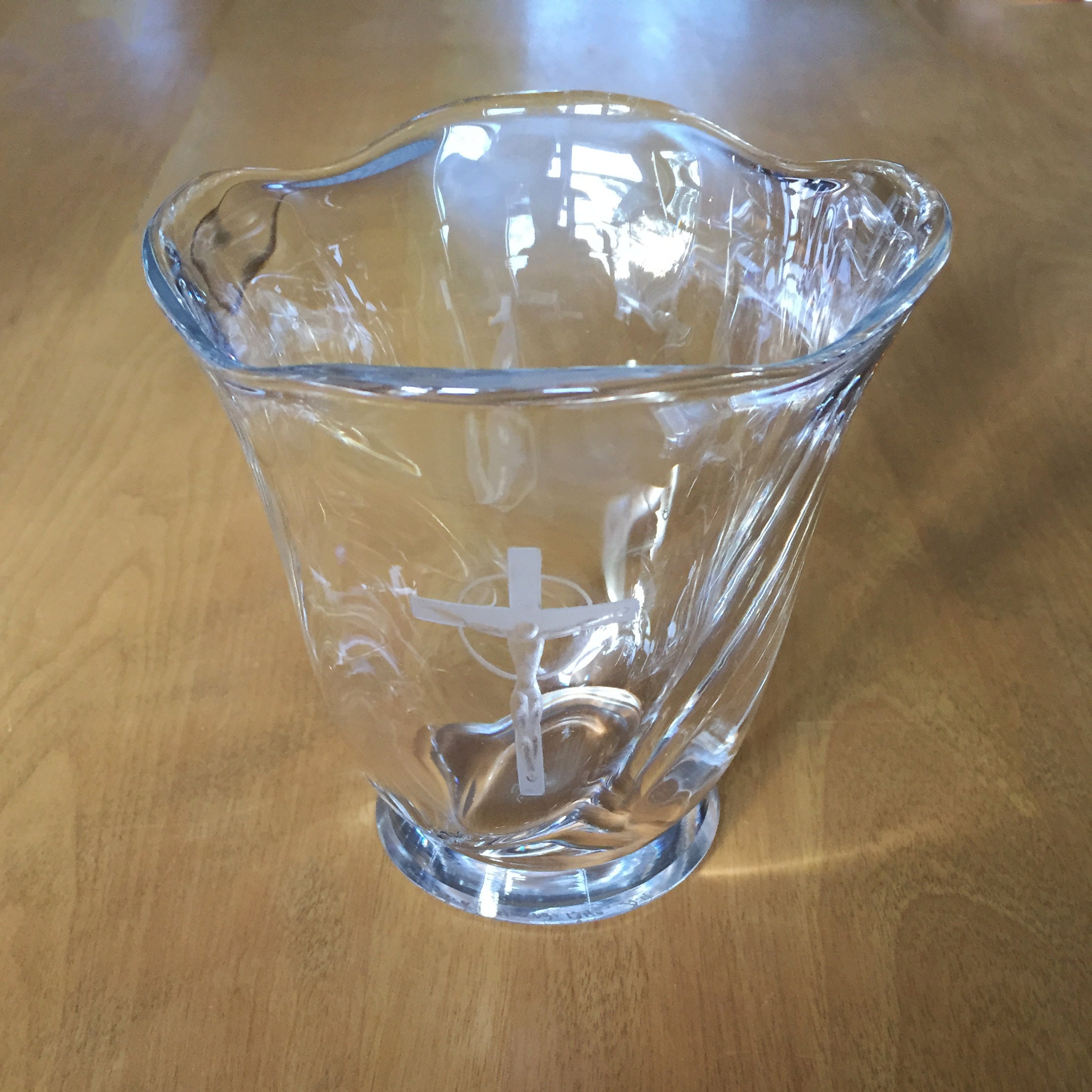 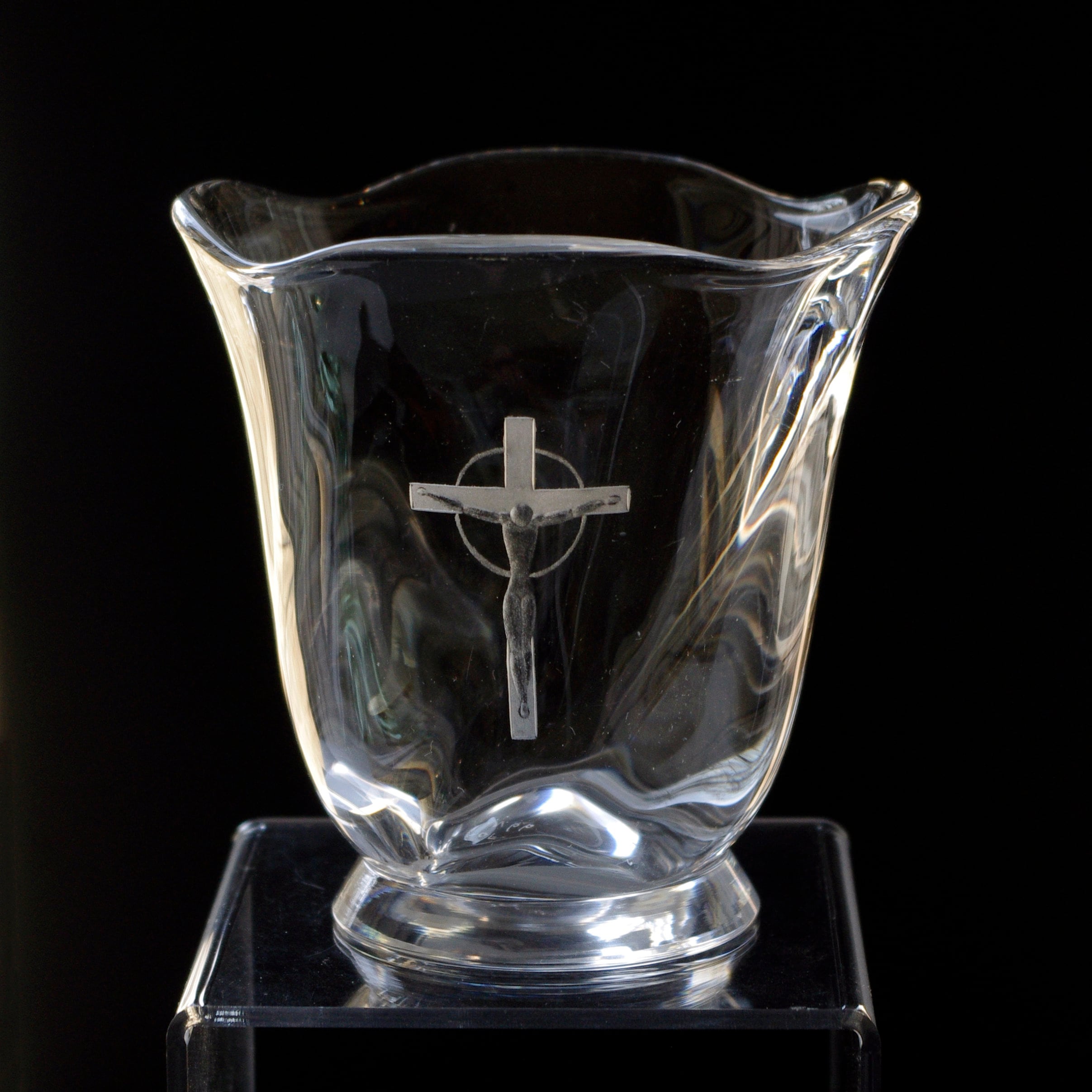 Designed by Vicke (Viktor Emanuel) Lindstrand in 1934, and copper-wheel engraved by Ragnar Rosenstam in 1938, this hand blown glass vase was on the cutting edge of a new design movement in Sweden in the early 20th century. In place of the traditional filigree and flourishes that filled engraved glass from earlier artists, Lindstrand employed powerful central figures, using human and animal subjects. Lindstrand designed the wonderfully powerful rendering of Jesus Christ on the Cross, made more astounding by its size of only about 2." This is among his earliest designs, and though it has a few small scratches, after eighty-two years, the story it tells shines through. Simon Gate created this thicker, freeform glass vase design, another groundbreaking innovation in the world of Swedish art glass. You can see his mark in the center.

This is a truly special piece, the only one of its kind I've ever seen.