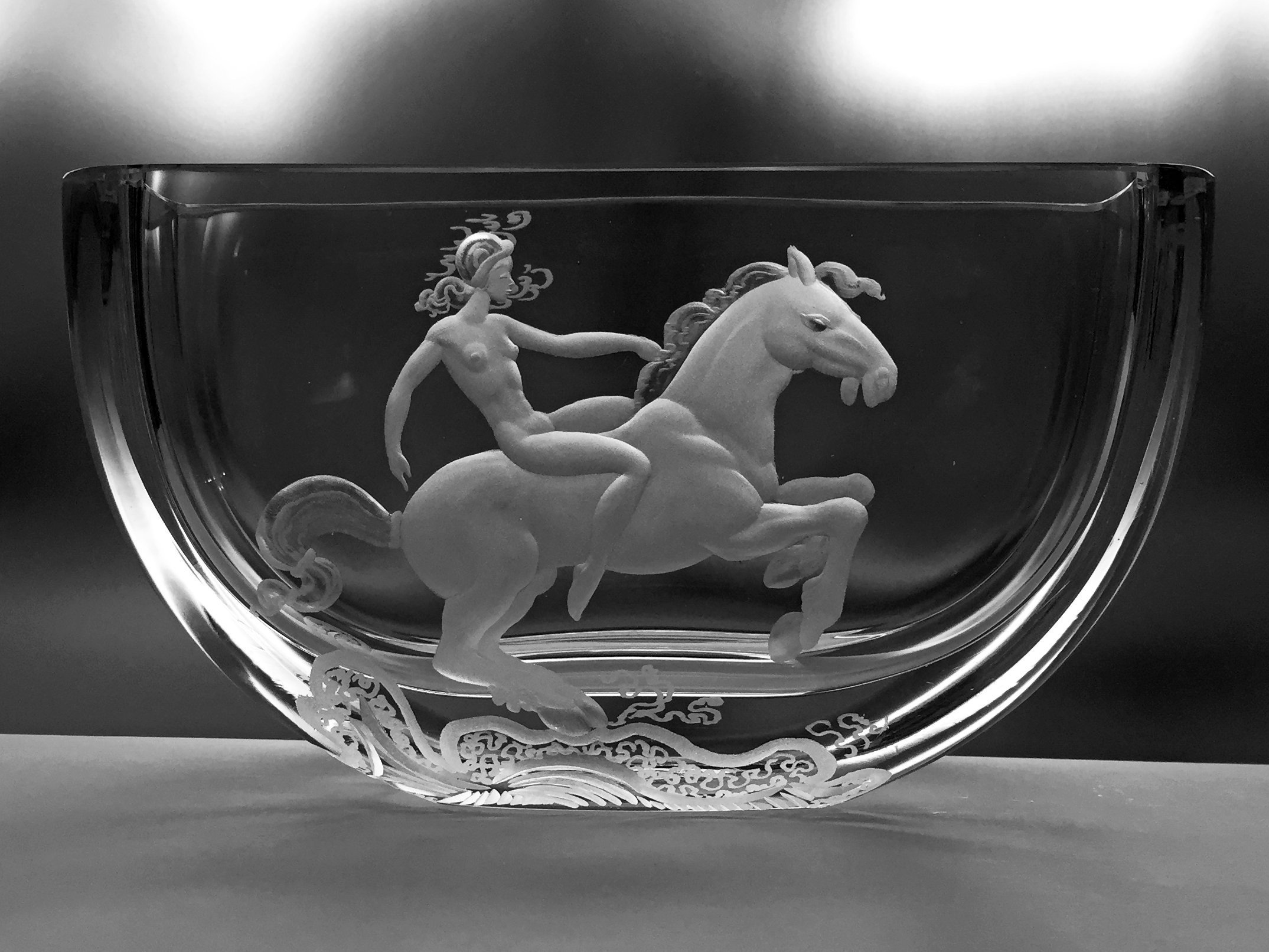 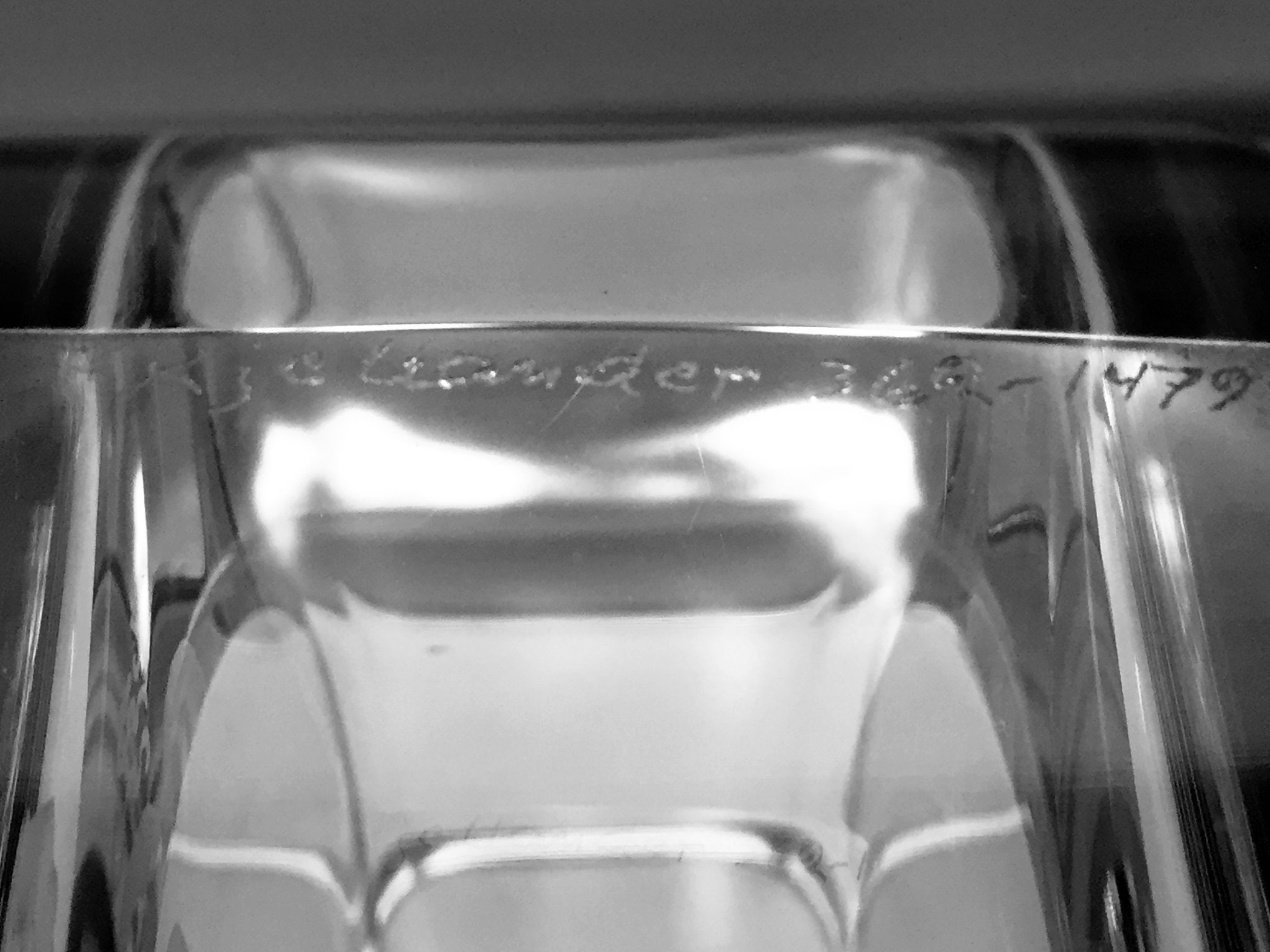 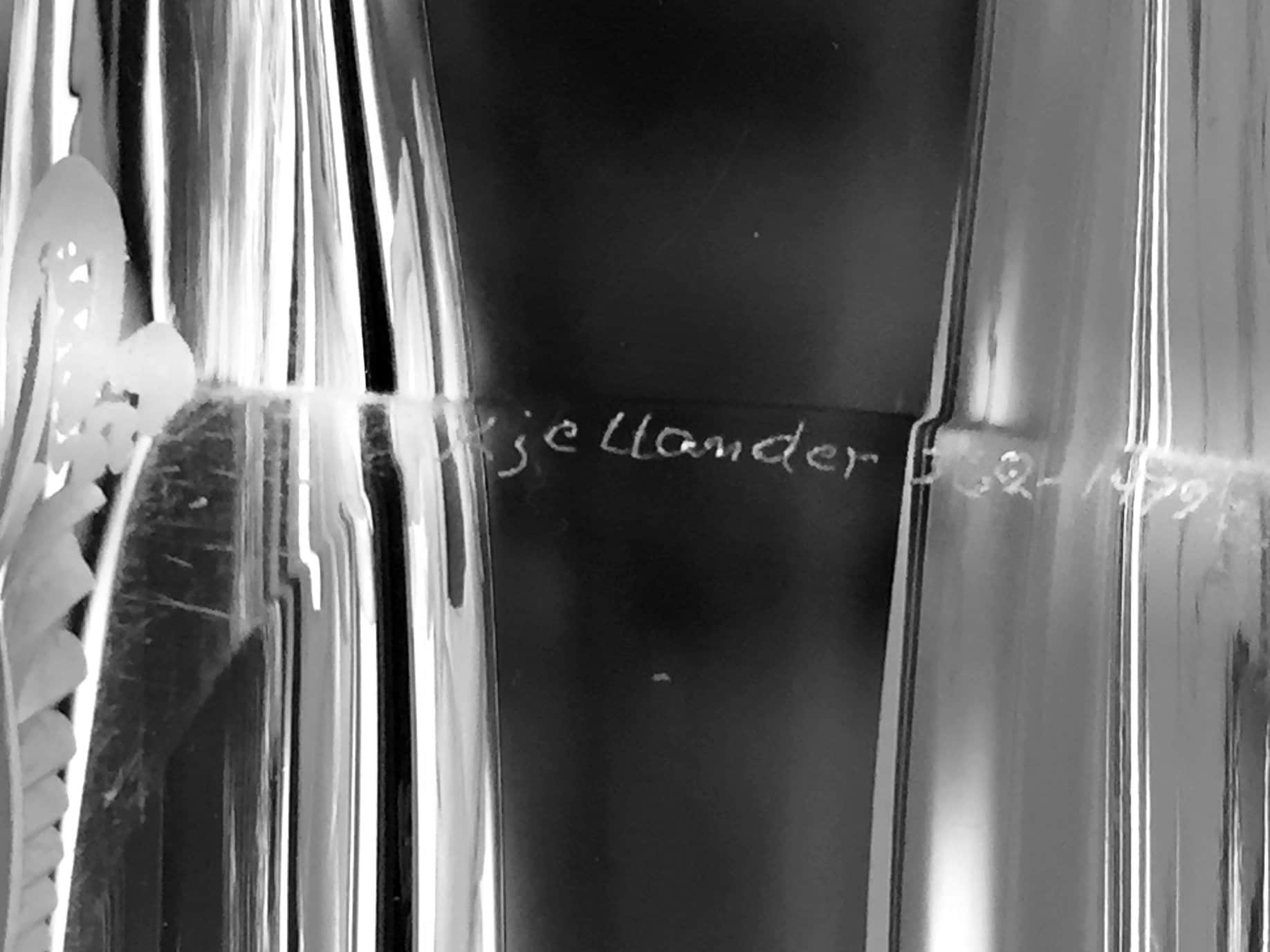 This magnificent example of engraved vintage crystal comes from the fourth generation of glass carvers in the Kjellander family of Sweden. Four generations trained and worked at Kosta, from 1825 to 1924. Lars Johan Kjellander, 1868-1931, and his two sons, Åke, 1903-1989, and Nils, 1907-1991, opened their own workshop in Vetlanda. Note that Lars Johan was already the third generation in the glass business. He was preceded by his father, Erik 1830-1916, and his grandfather, Lars Kjellander, born 1799, who both worked at Kosta. The brothers, Åke and Nils, continued their work there until 1983. This beautiful vase, etched with incomparable skill, evokes the folkloric aesthetic that seems never to go out of style. Note how masterfully the artist gave both the lady and the horse such well-defined musculature.

A little on the story of Lady Godiva, from the History Channel: The original Lady Godiva was an 11th century noblewoman married to Leofric, the powerful Earl of Mercia and Lord of Coventry. As the story goes, Godiva was troubled by the crippling taxes Leofric had levied on the citizens of Coventry. After she repeatedly asked him to lessen the burden, Leofric quipped that he would lower taxes only if she rode naked on horseback through the center of town. Determined to help the public, Godiva stripped off her clothes, climbed on her horse and galloped through the market square with only her long flowing hair to cover herself. Before leaving, she ordered the people of Coventry to remain inside their homes and not peek, but one man, named Tom, couldn’t resist opening his window to get an eyeful. Upon doing so, this “Peeping Tom” was struck blind. After finishing her naked ride, Godiva confronted her husband and demanded that he hold up his end of the bargain. True to his word, Leofric reduced the people’s debts.

While most historians consider her nude horseback ride a myth, Lady Godiva—or “Godgifu” as some sources call her—was indeed a real person from the 11th century. The historical Godiva was known for her generosity to the church, and along with Leofric, she helped found a Benedictine monastery in Coventry. Contemporary accounts of her life note that “Godgifu” was one of only a few female landowners in England in the 1000s, but they make no mention of a clothes-free horseback ride. That story appears to have first cropped up some 100 years after her death in a book by the English monk Roger of Wendover, who was known for stretching the truth in his writings. The legend of “Peeping Tom,” meanwhile, didn’t become a part of the tale until the 16th century. The Godiva myth was later popularized in songs and in verse by the likes of Alfred, Lord Tennyson, who wrote a famous poem called “Godiva” in 1840.