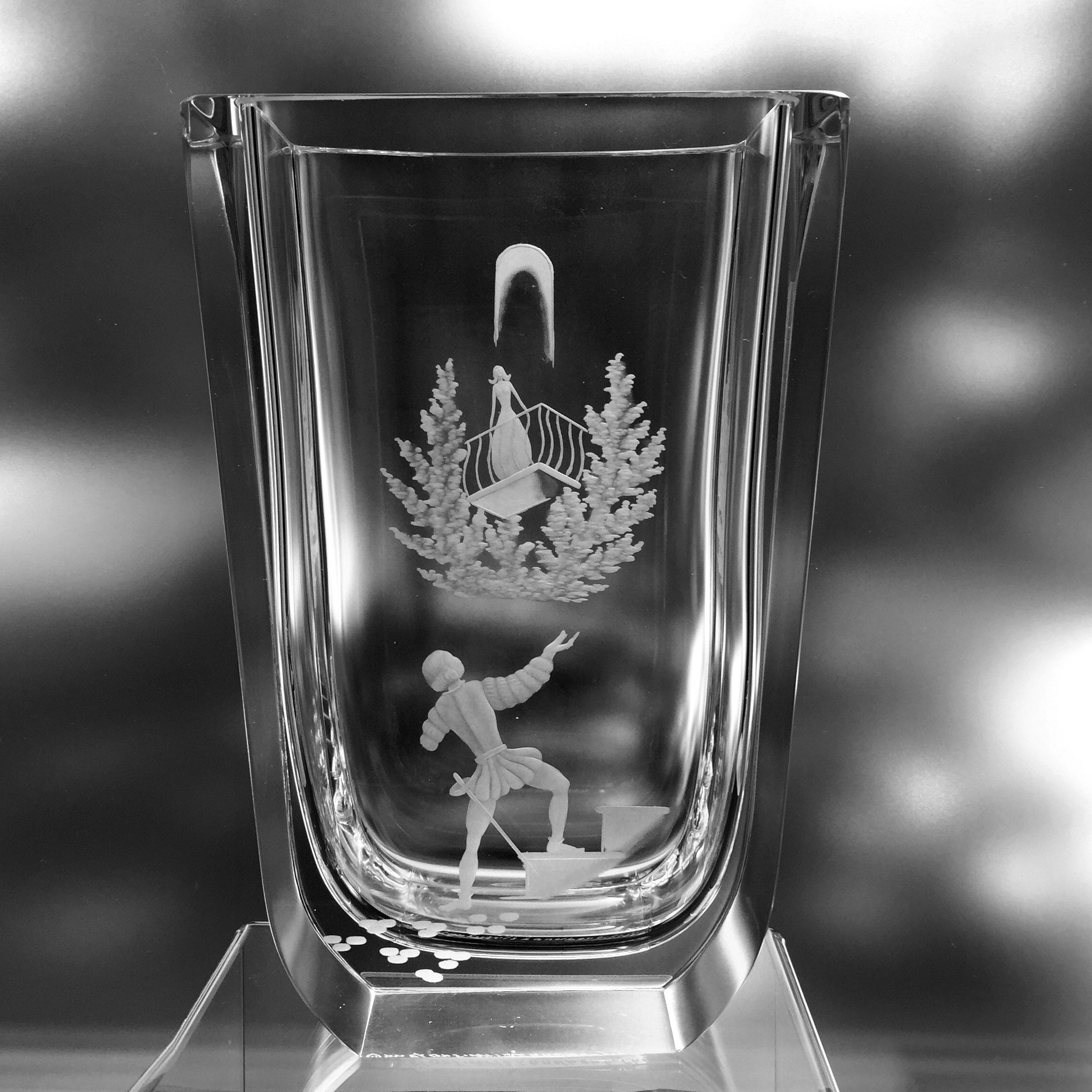 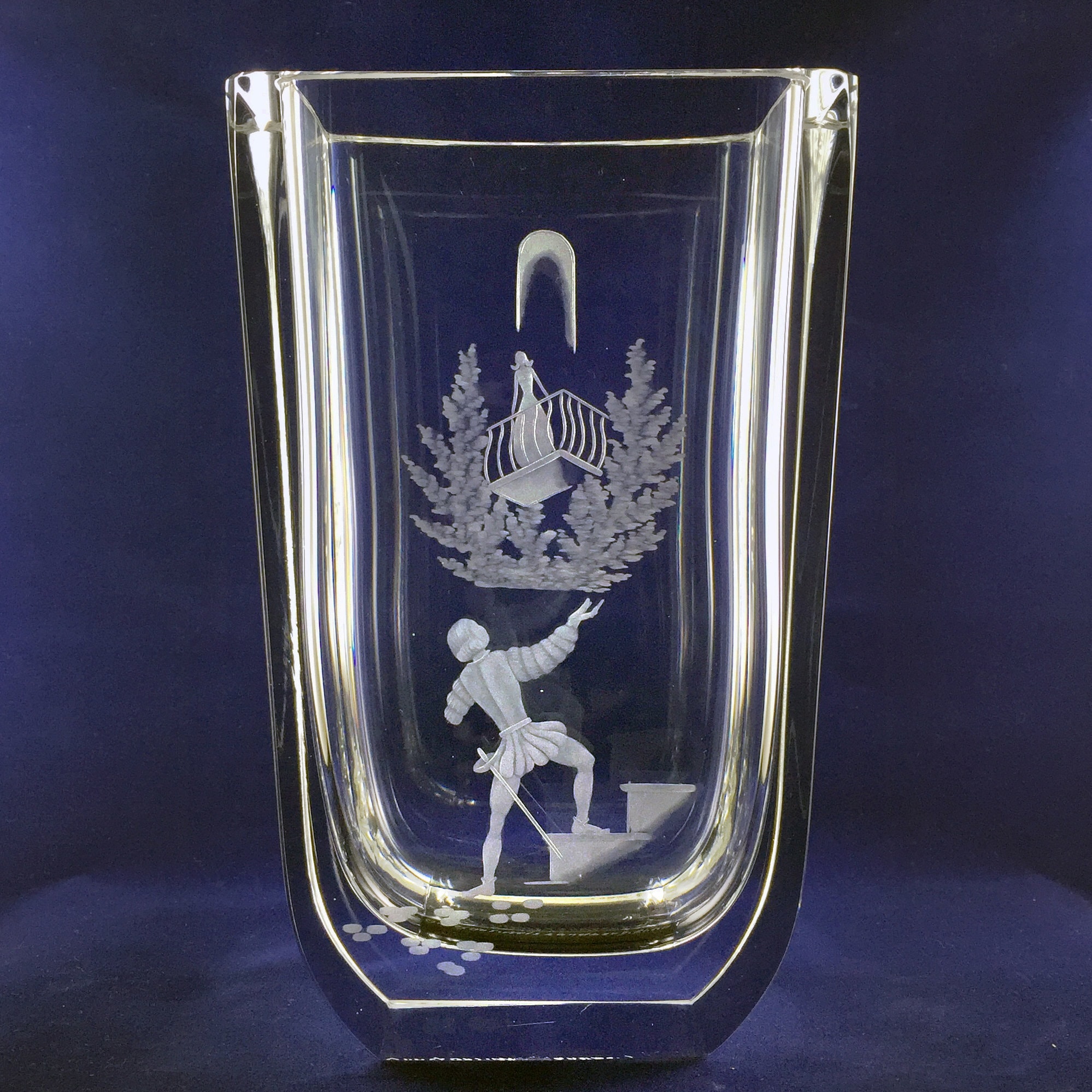 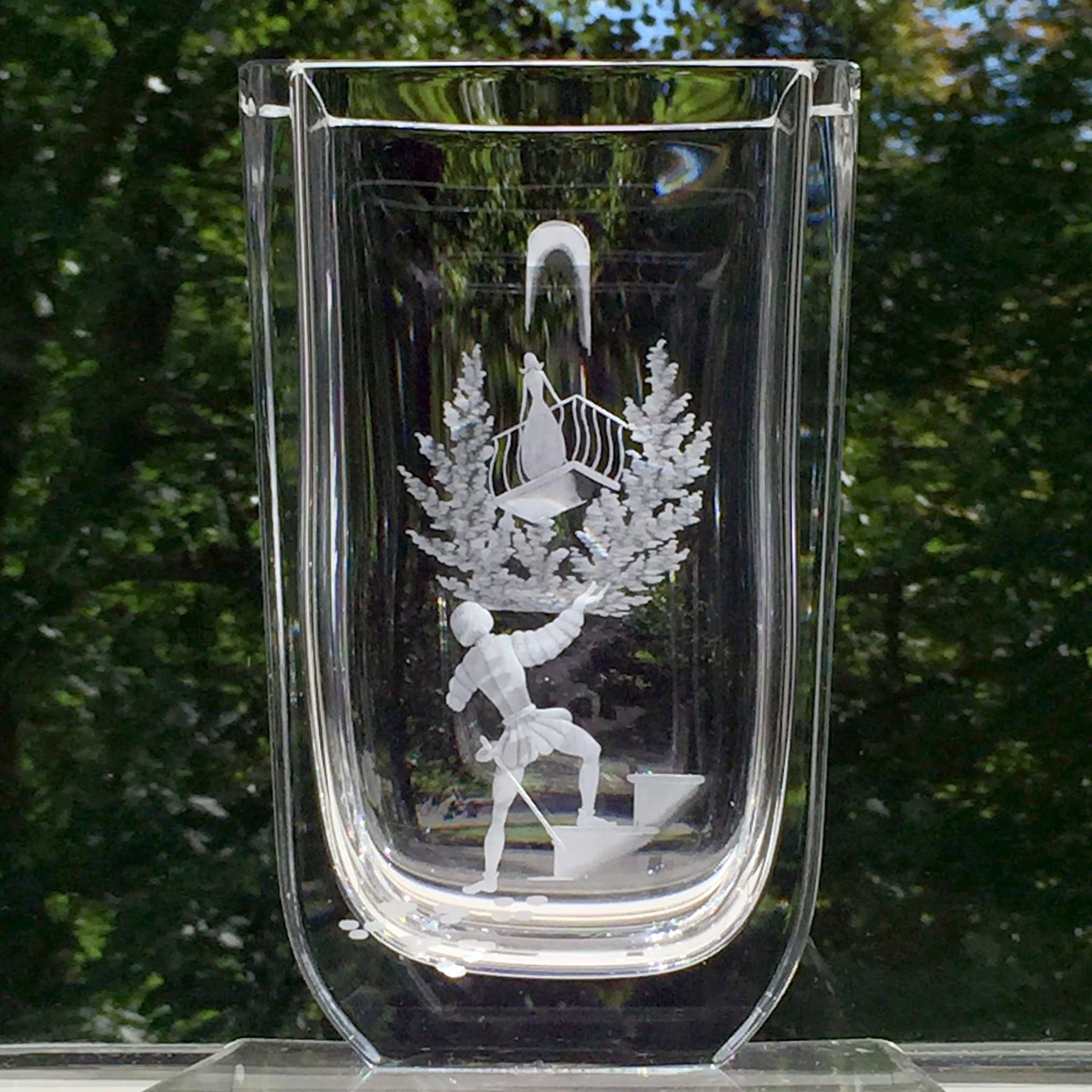 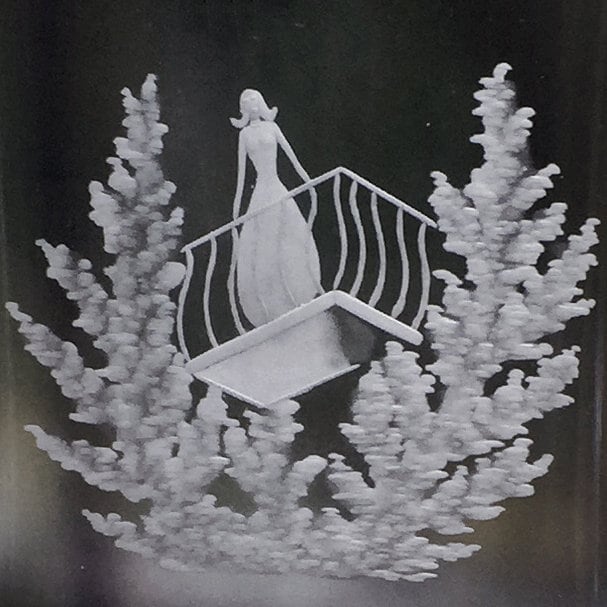 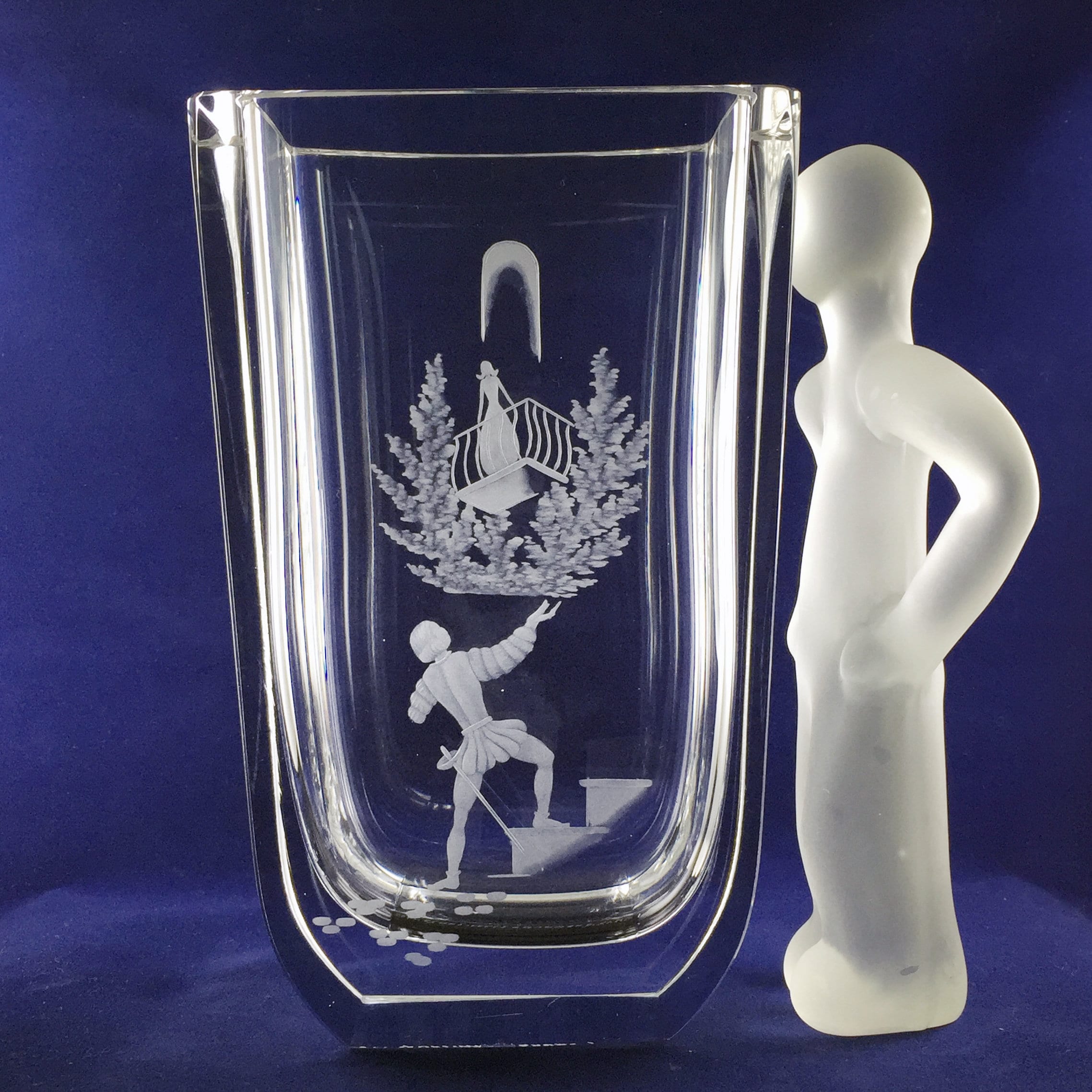 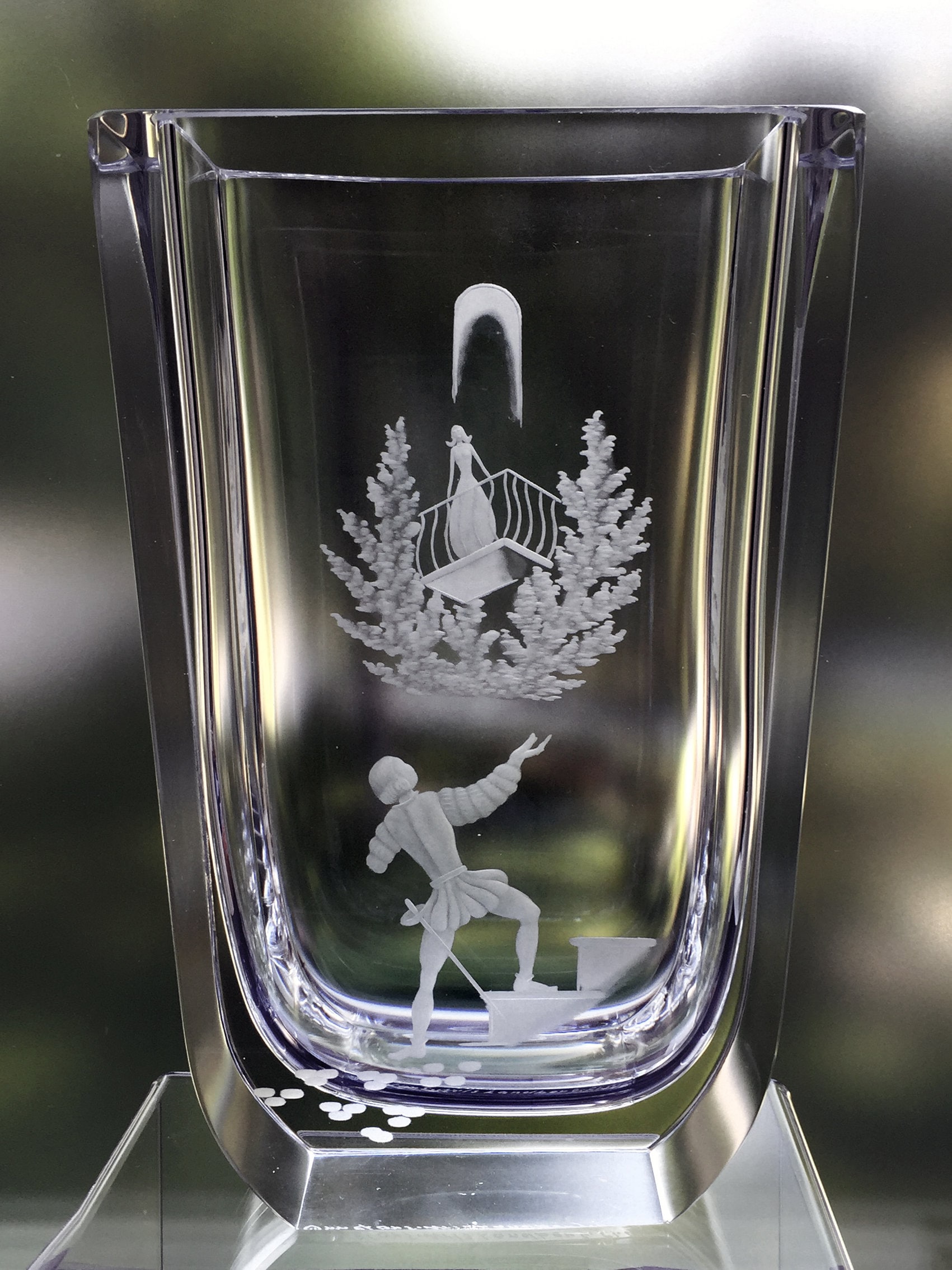 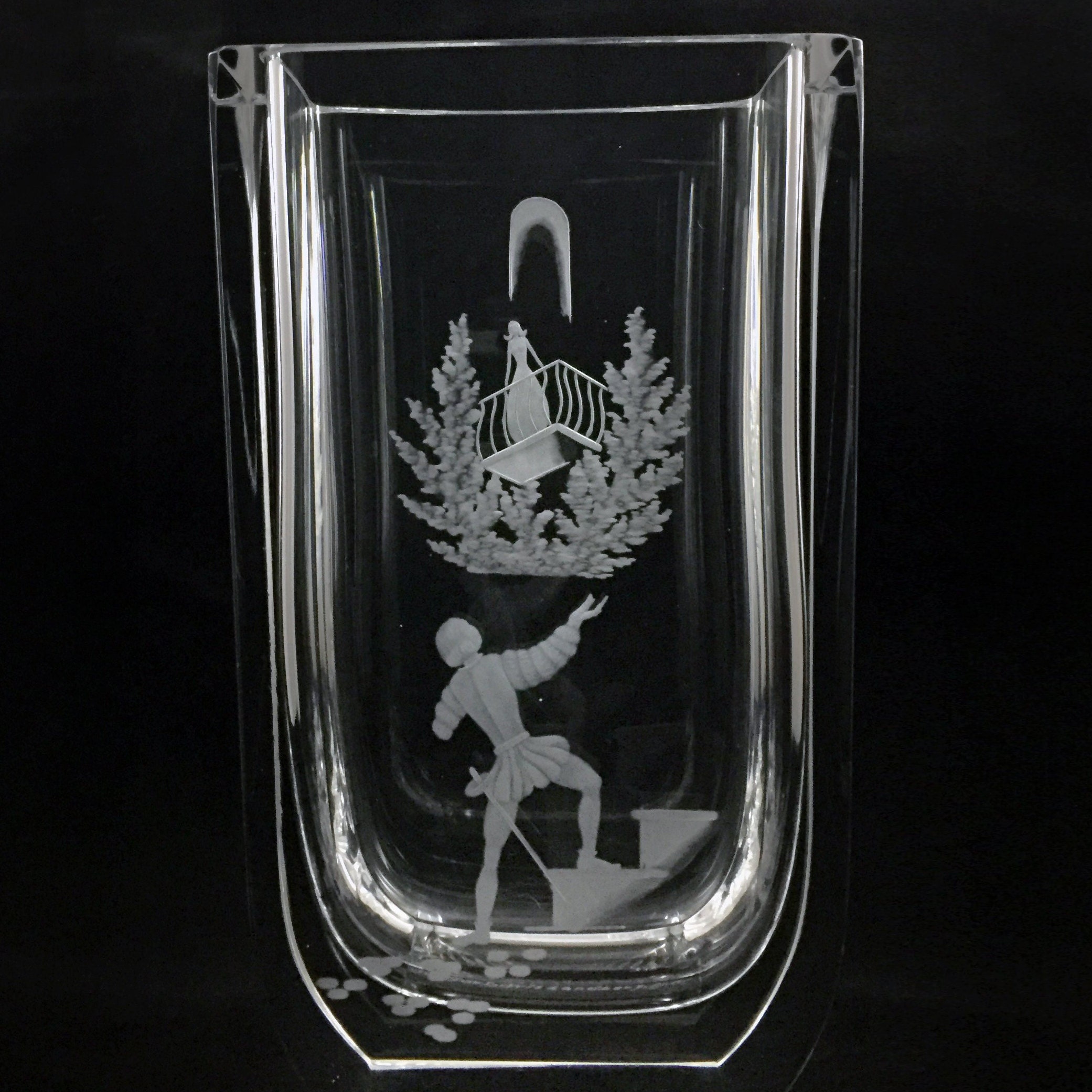 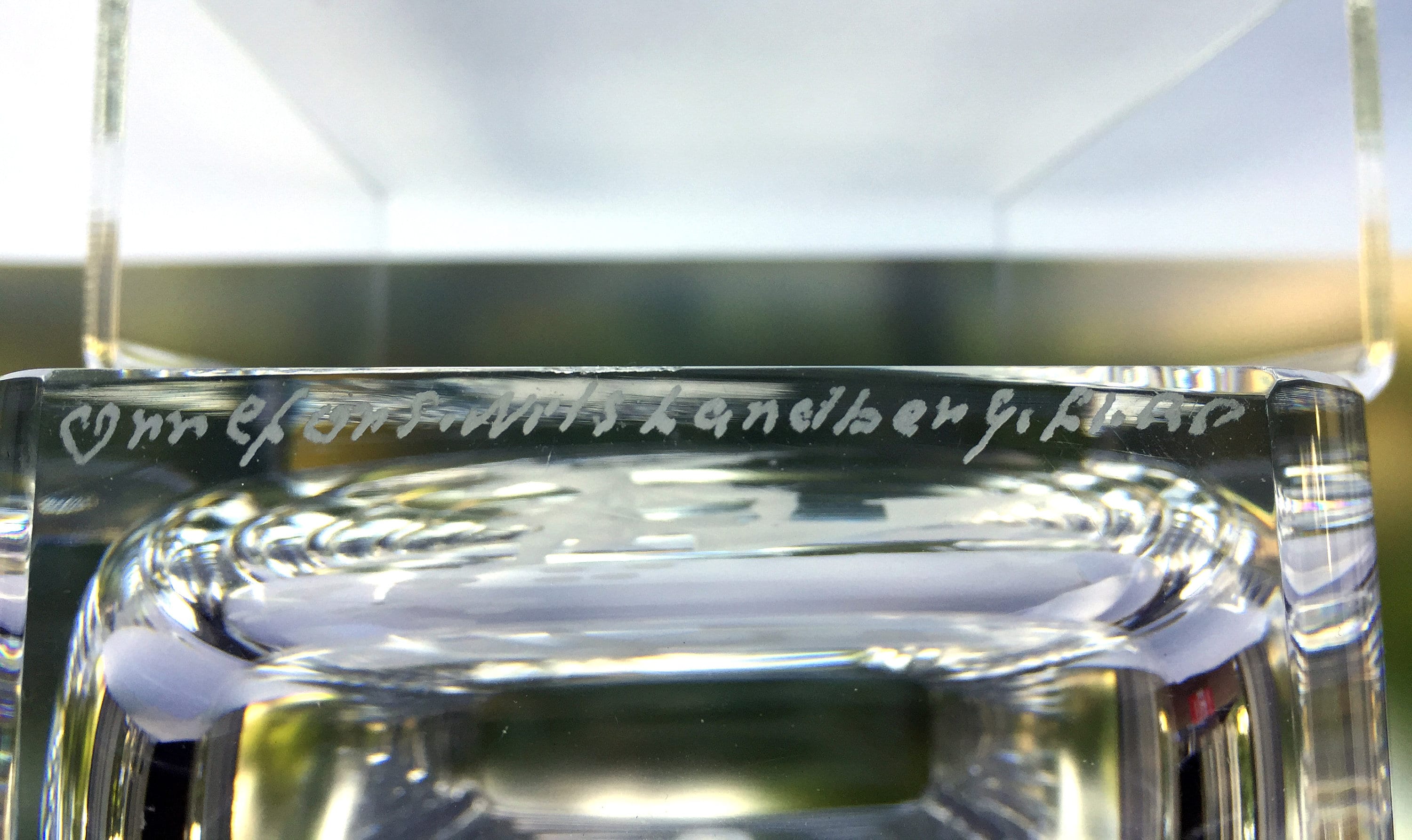 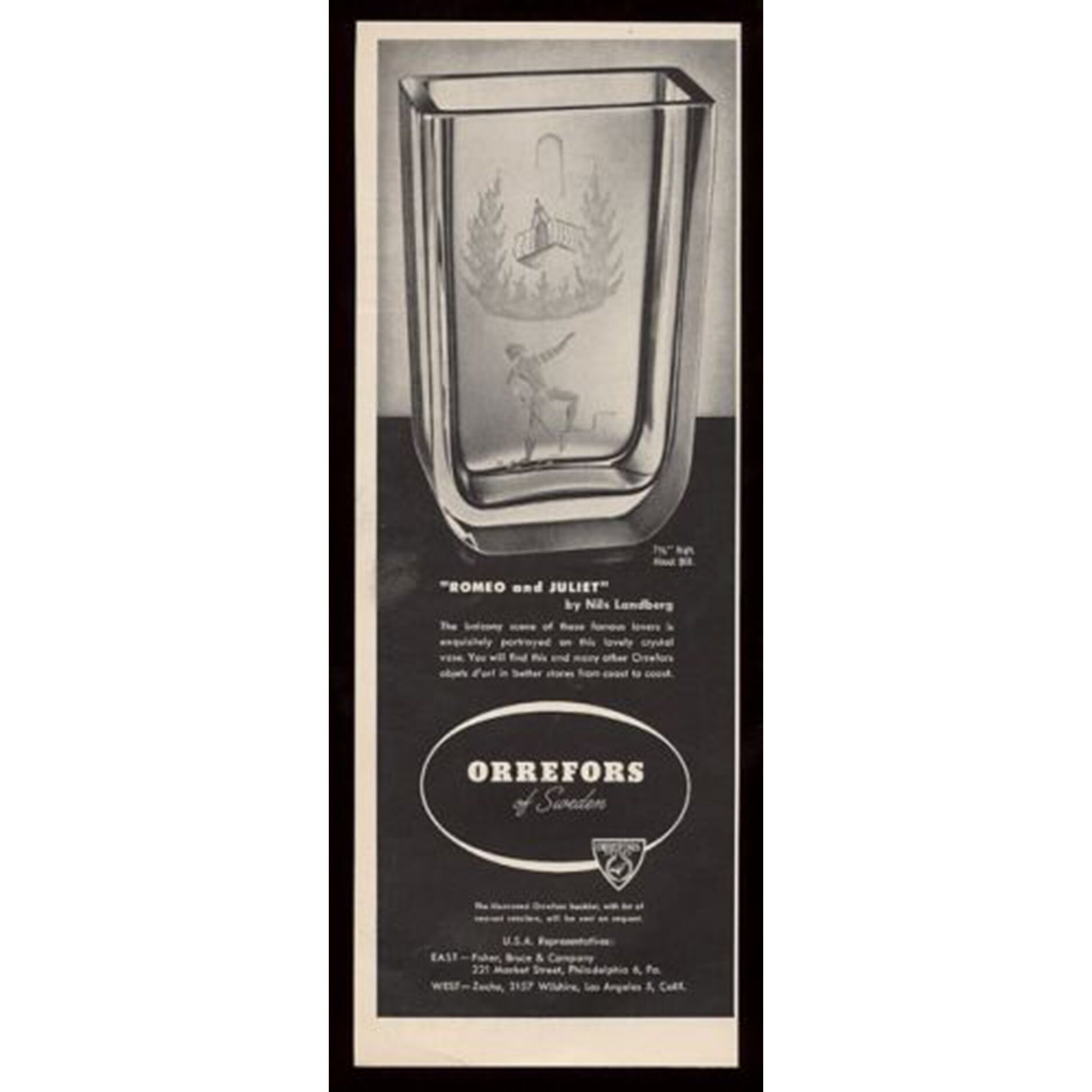 This Charming Swedish art glass was designed by Nils Landberg, one of the great 20th century Orrefors artists. The vase depicts Romeo, below and on the front of the piece, calling out to Juliet on her balcony, above and on the back of the piece. This technique was a favorite of Landberg, adding depth to his highly detailed two dimensional designs. The codes engraved on the bottom of this piece tell it was made in 1980, so it is among the last engraved works to come from Orrefors, although the image of Romeo and Juliet (2813) was designed by Landberg in 1944. It's a medium-sized piece, measuring 5" x 3" x 7.75" (124mm x 76mm x 197mm) and weighing 4 pounds (1.8 kg).