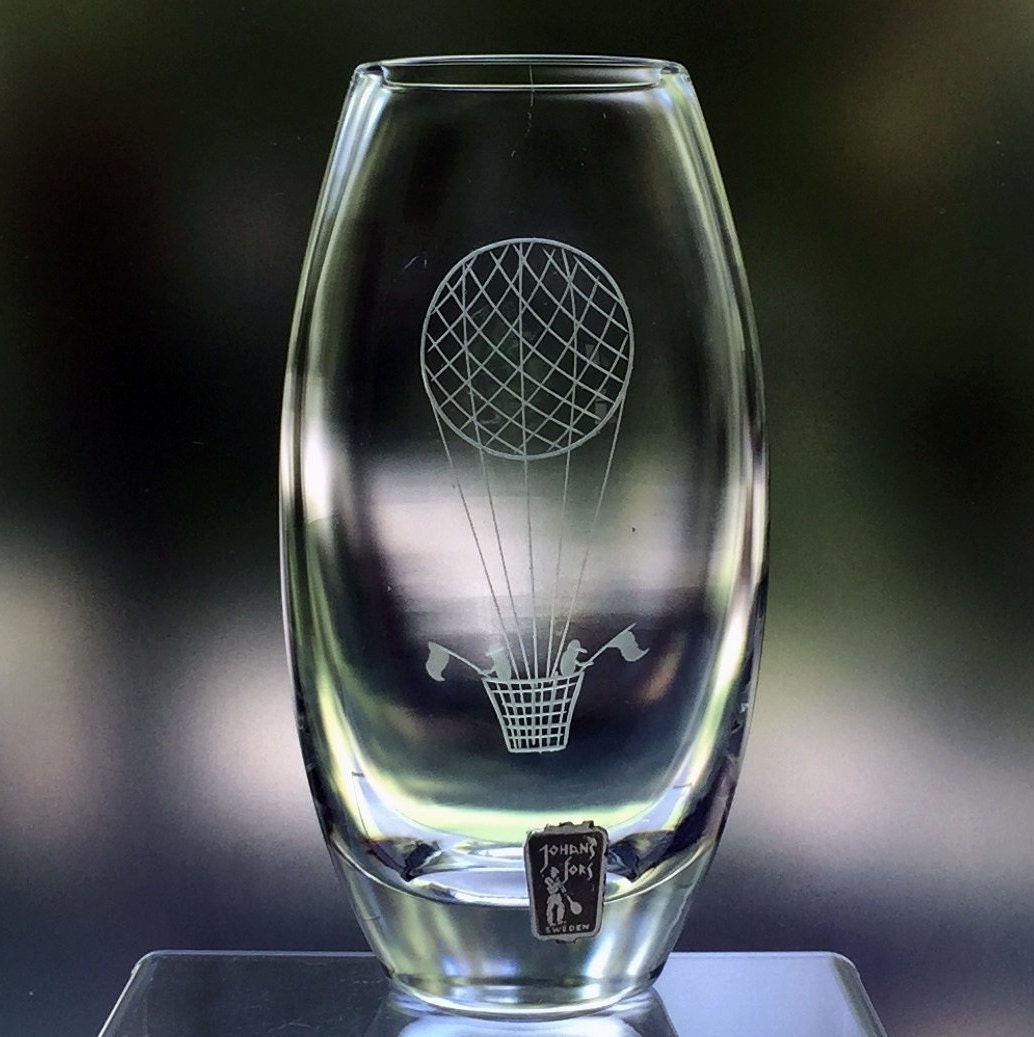 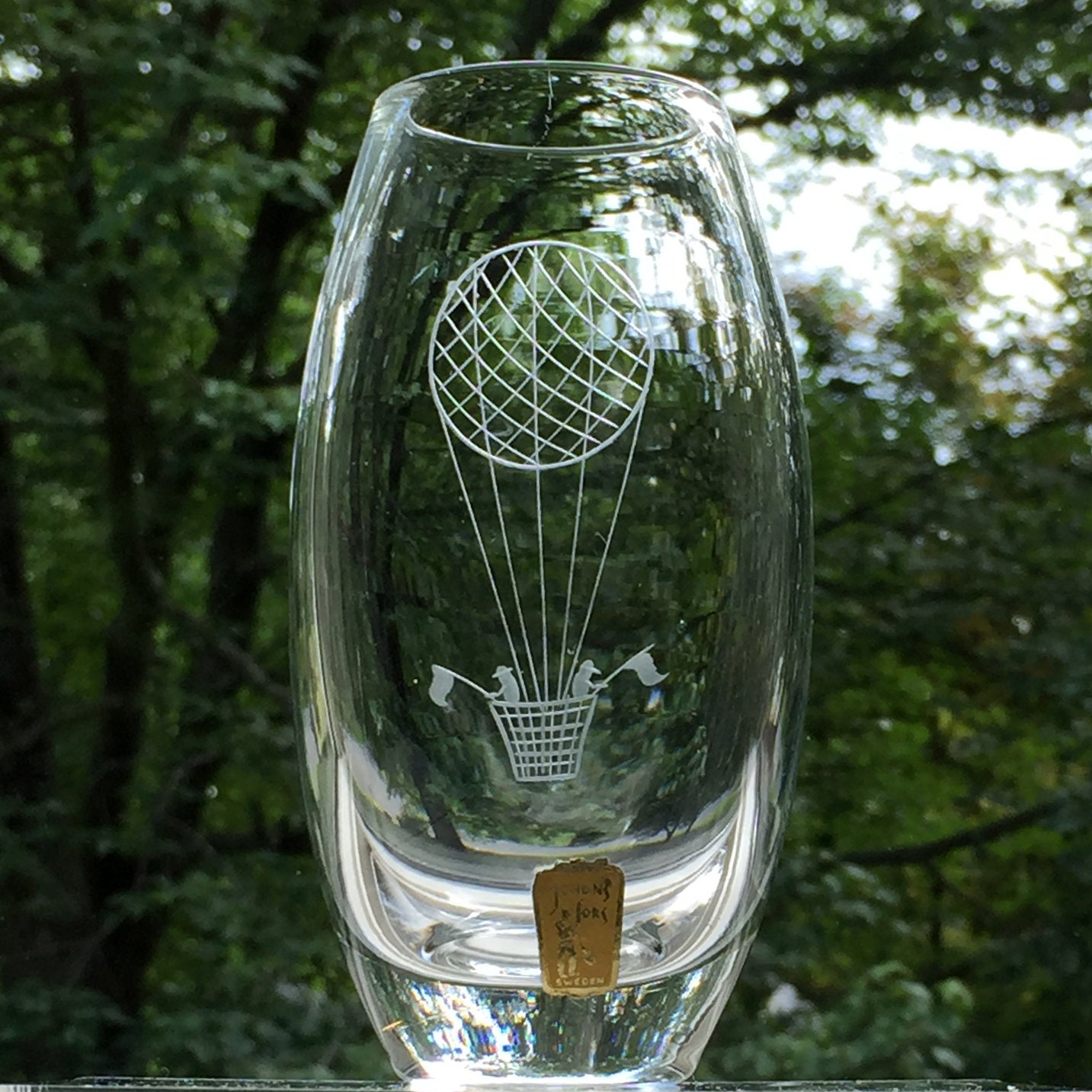 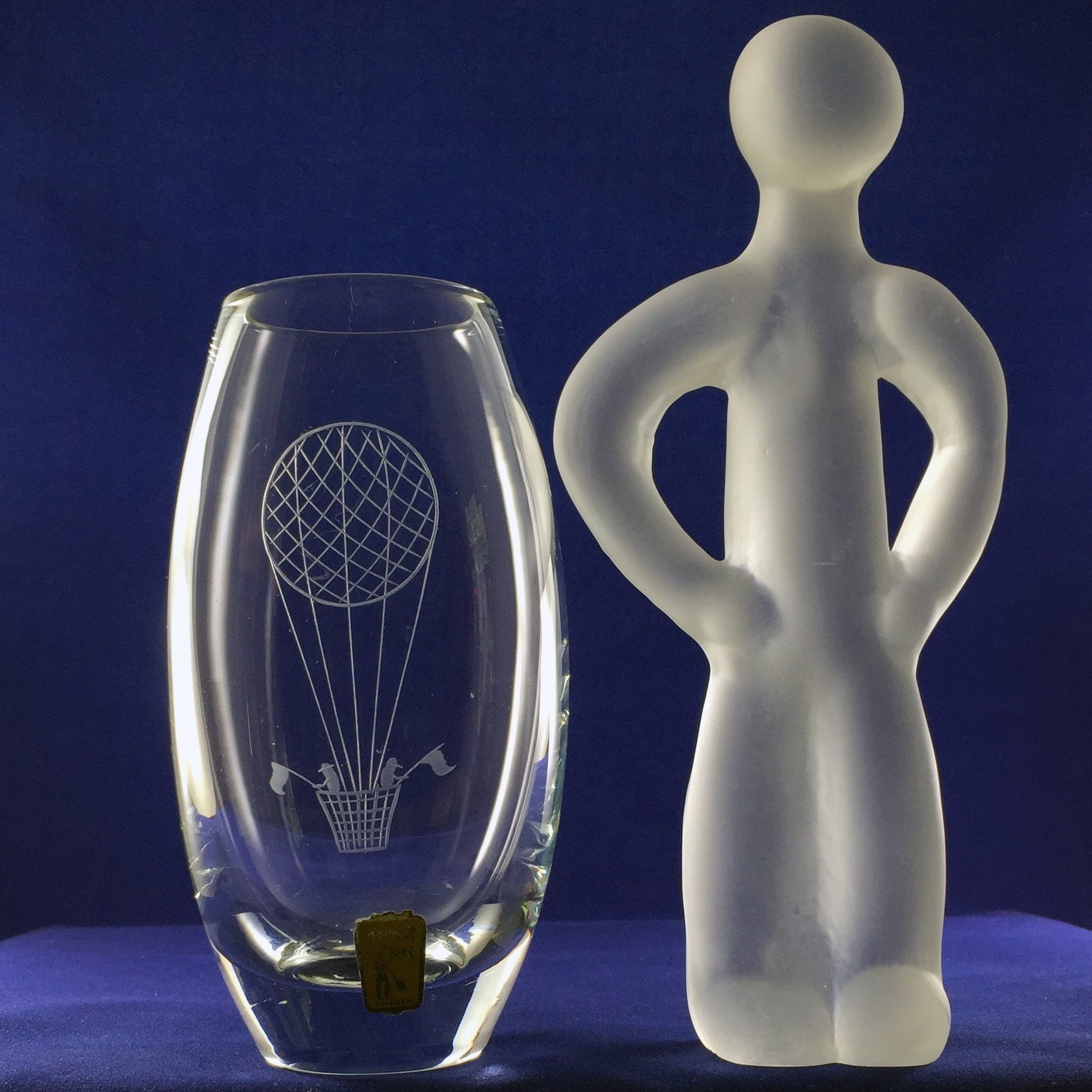 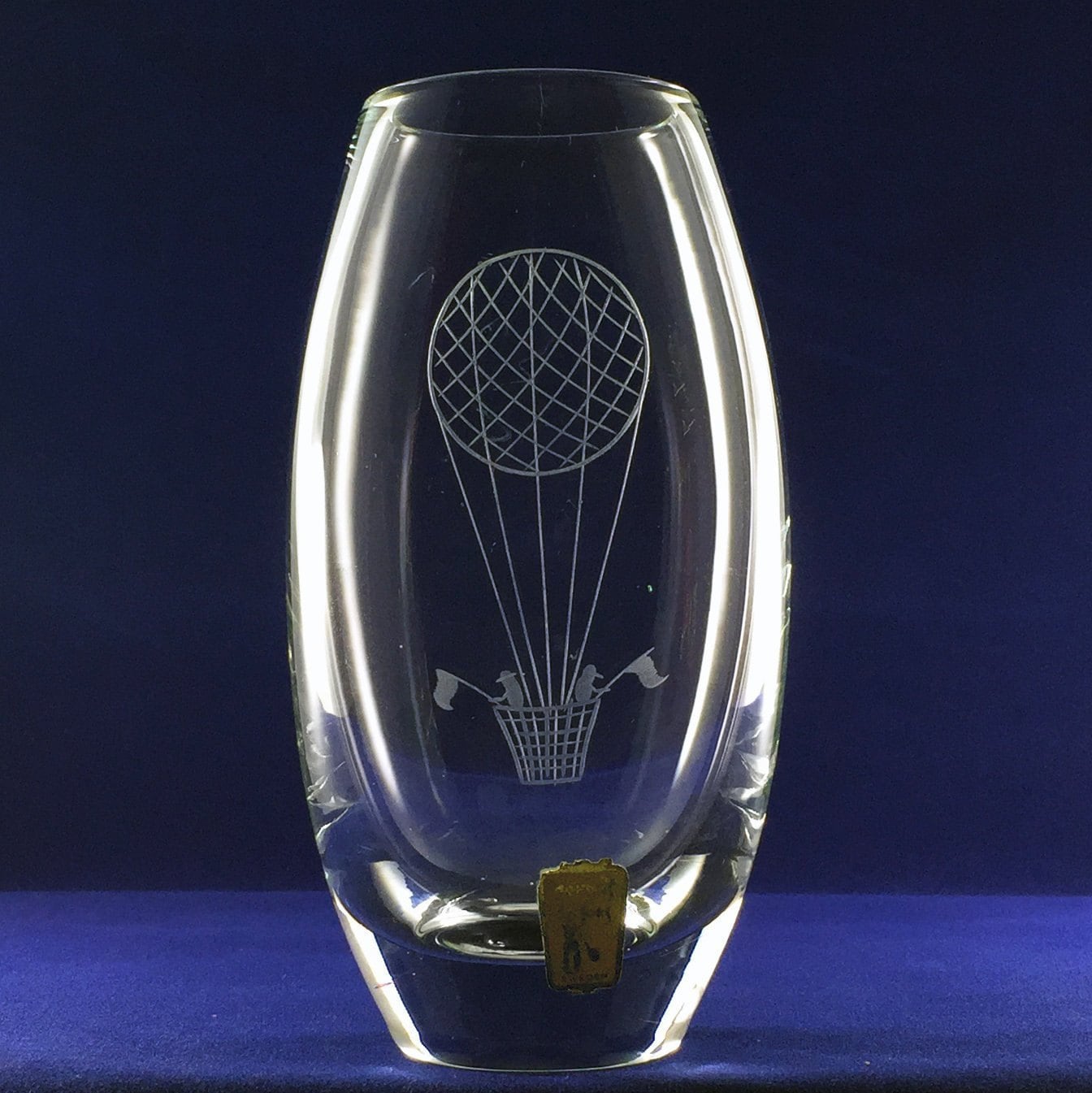 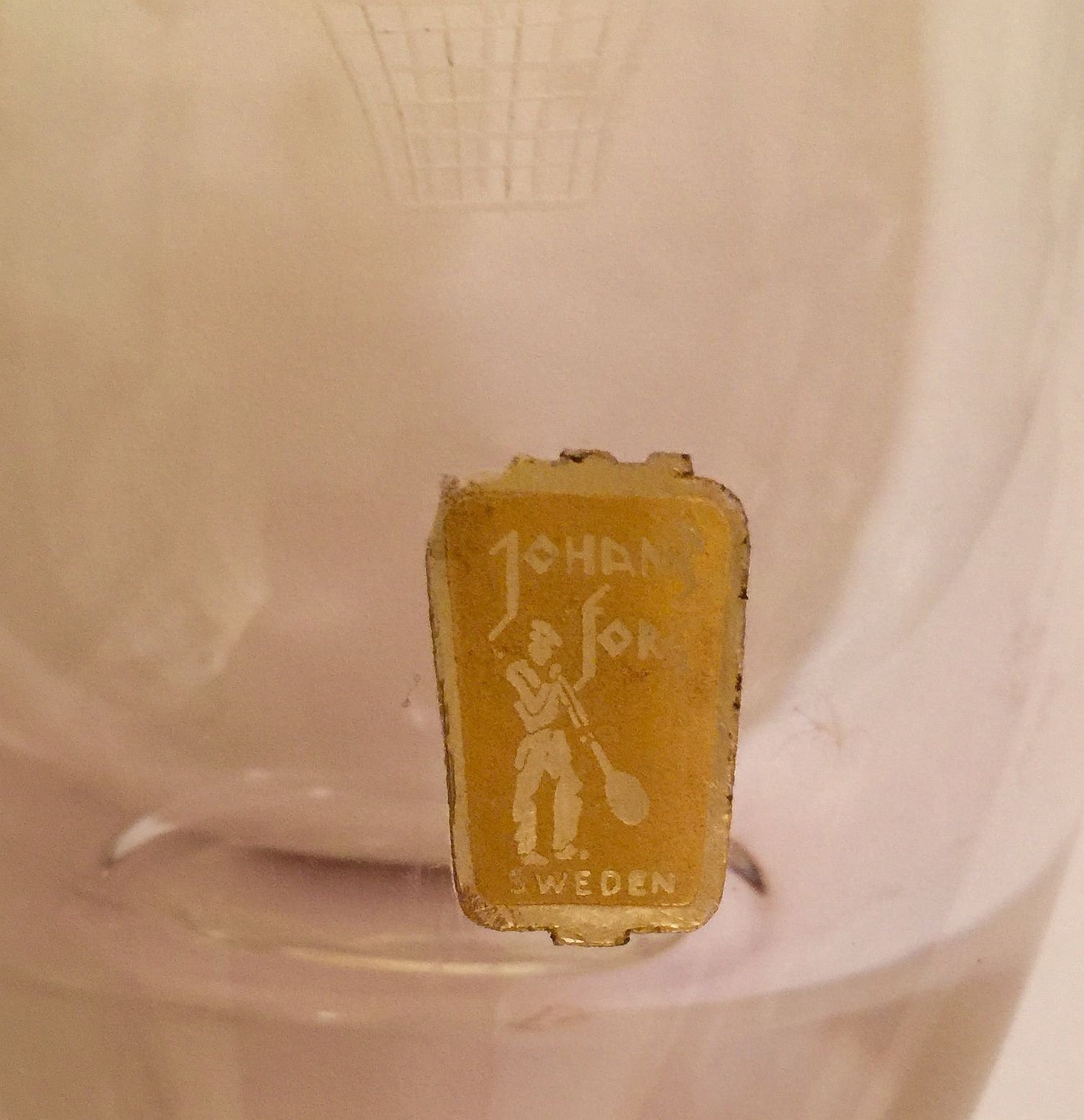 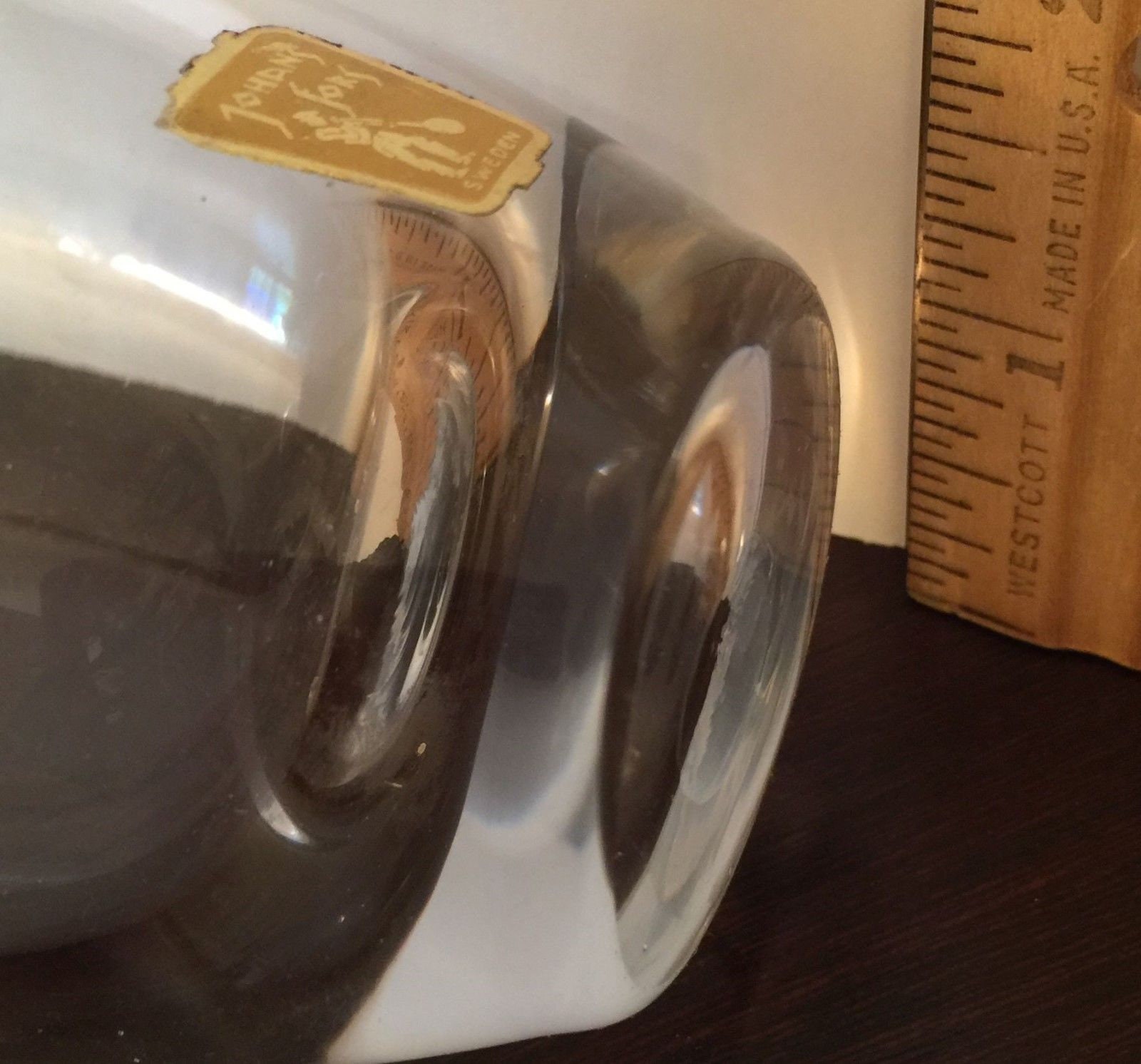 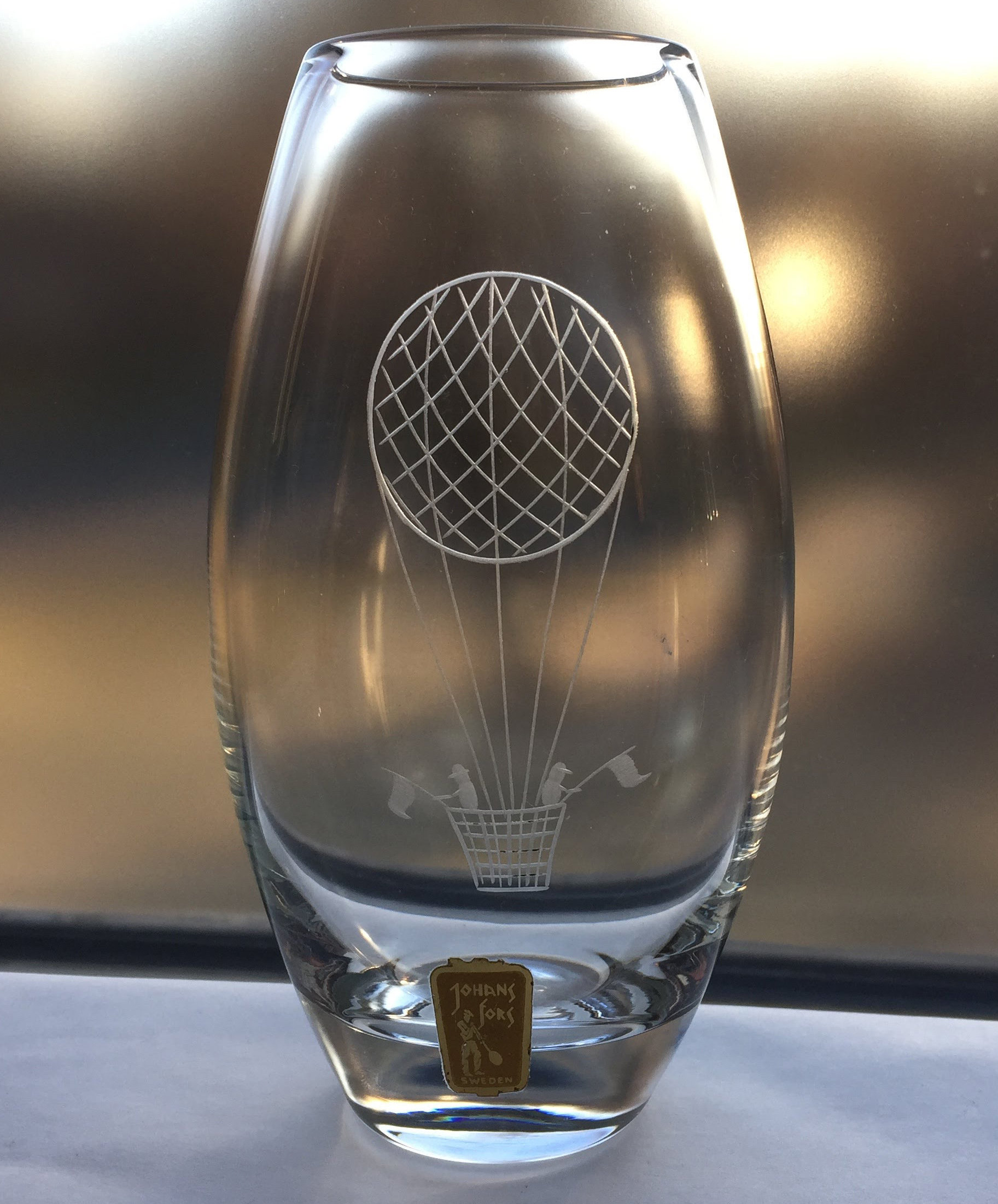 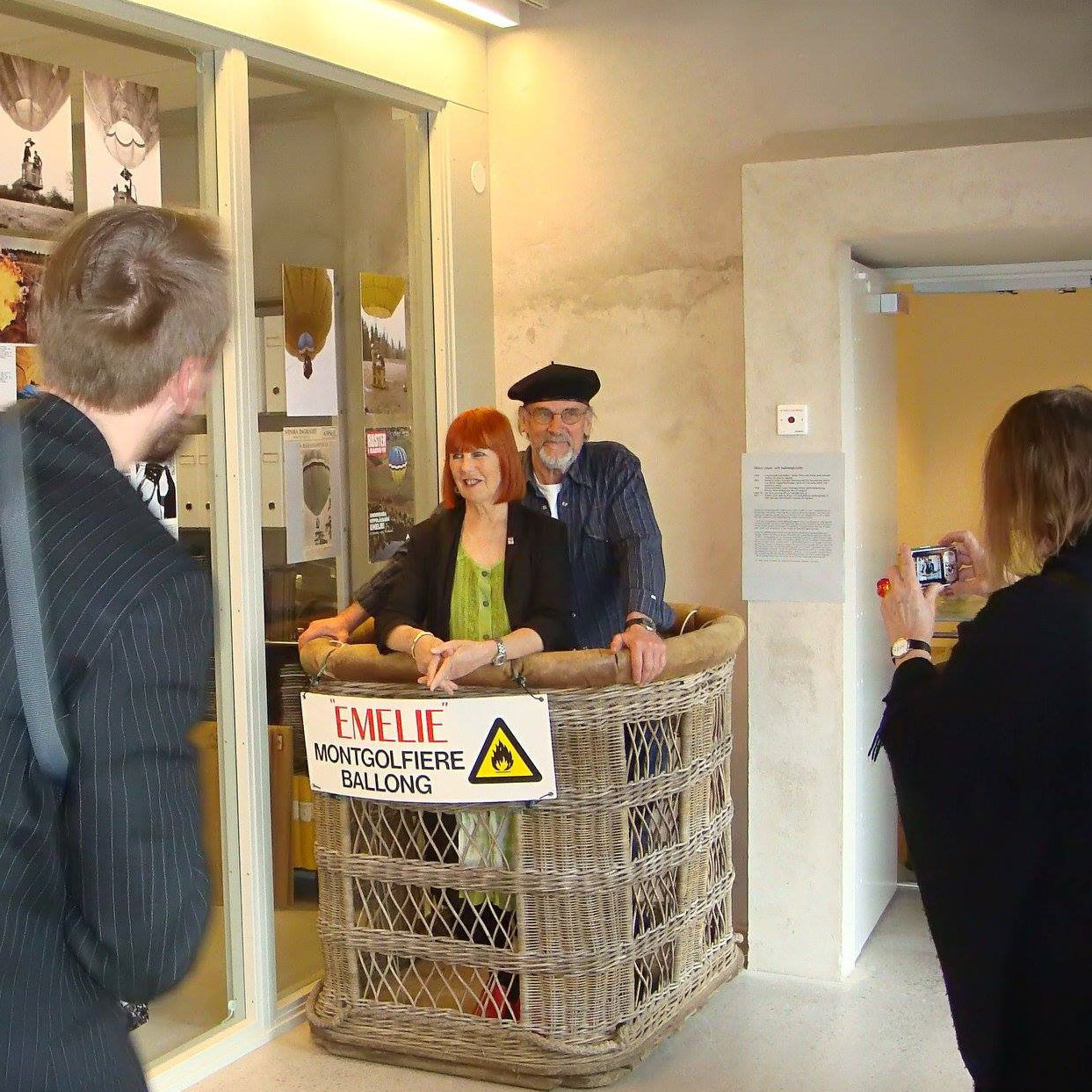 Made at Johansfors Glassworks, in the "Crystal Kingdom" of Sweden, this wonderful little vase was engraved by pressing the glass against various spinning copper wheels. It is small, 2.75" x 2" x 5.625" (70mm x 51mm x 143mm) and weighs only 0.82 pounds (0.37 kg). I can't tell you much about the designer or engraver; pieces from this era at Johansfors only had a sticker to mark the maker. Judging from the style, I estimate it was made in the early 50's.

Johansfors Glasbruk was a Swedish glass maker founded in 1891. The current factory with glassblowing and glass furnaces was built in 1955 on the same site. It was bought by Magnor Glassverk in 1997 after having had financial problems. Sadly, the factory closed in 2014.

Fun fact: some of the glassmakers in the area had a hot air balloon in the 1960's and 1970's. I've included a photo of Bertil and Ulrica Hayden Vallien at some press event reminiscing about their old balloon. I'm quite sure this piece is a tribute to that balloon!