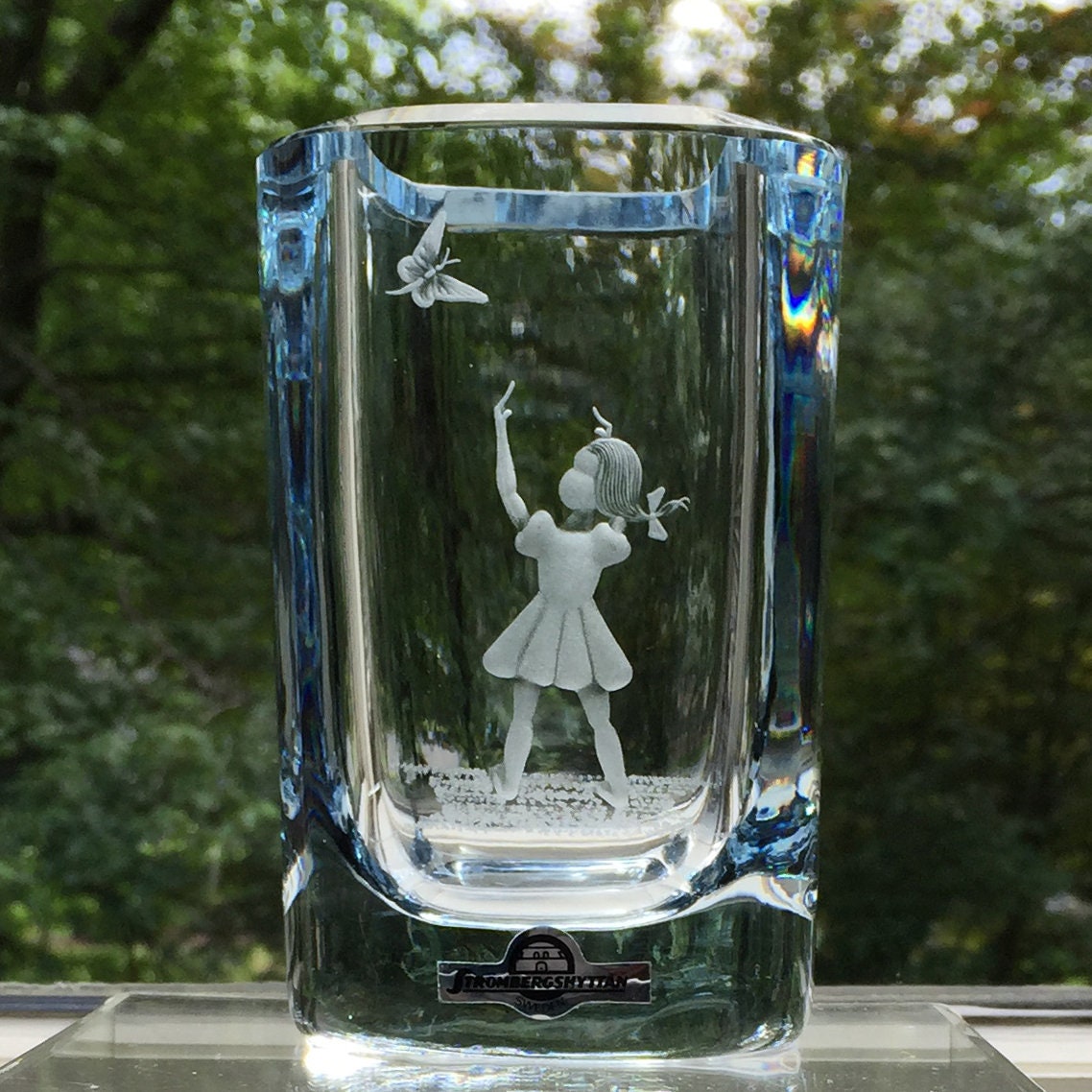 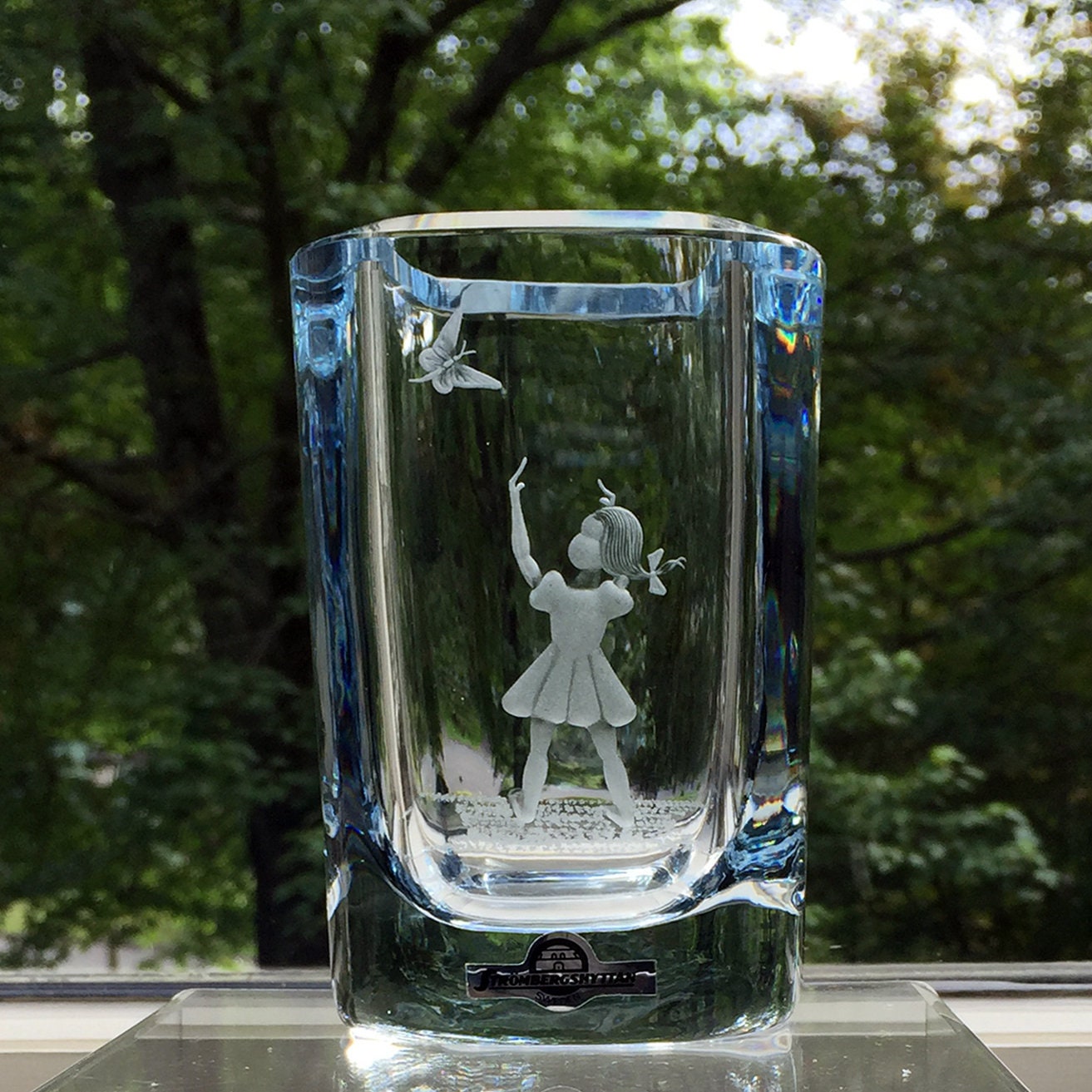 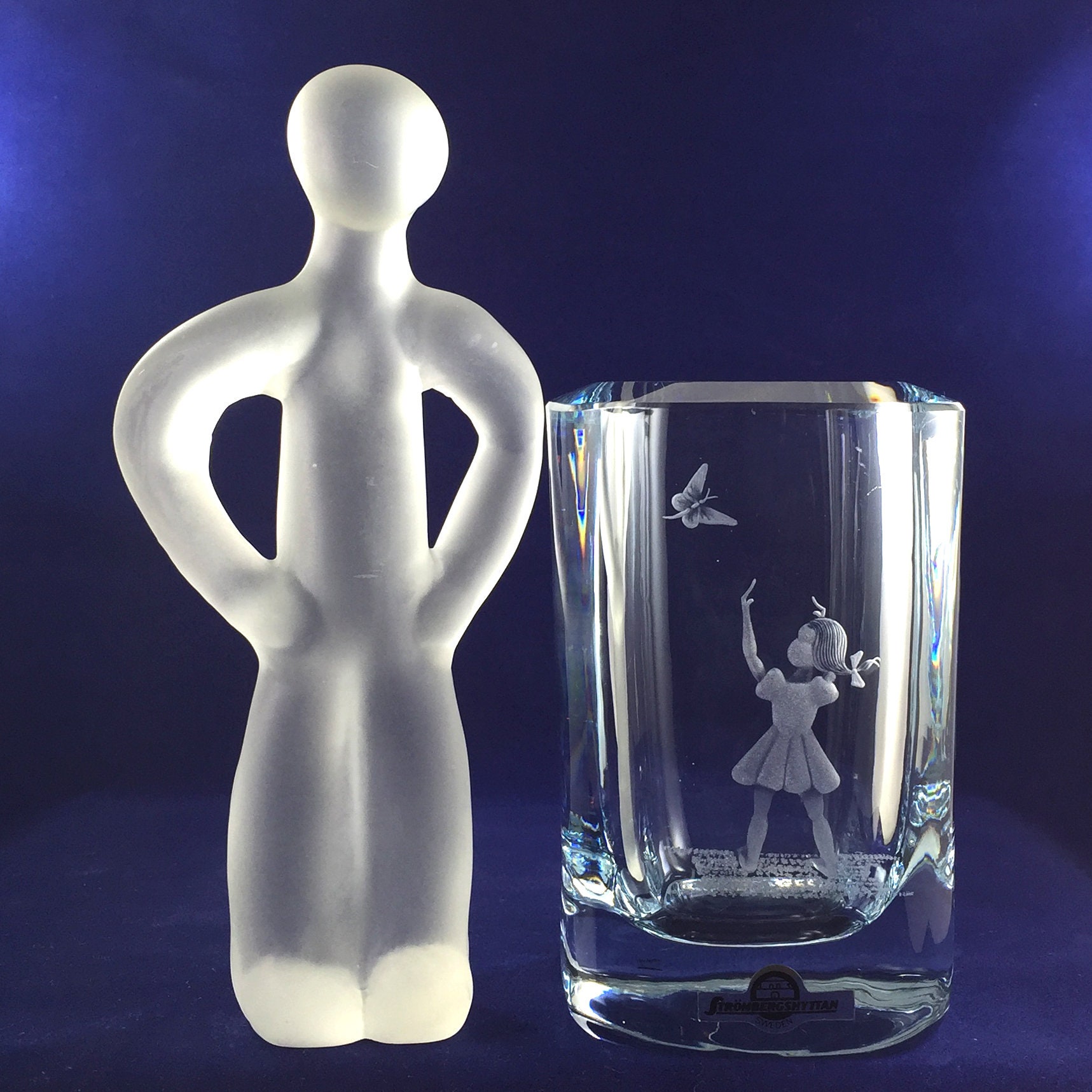 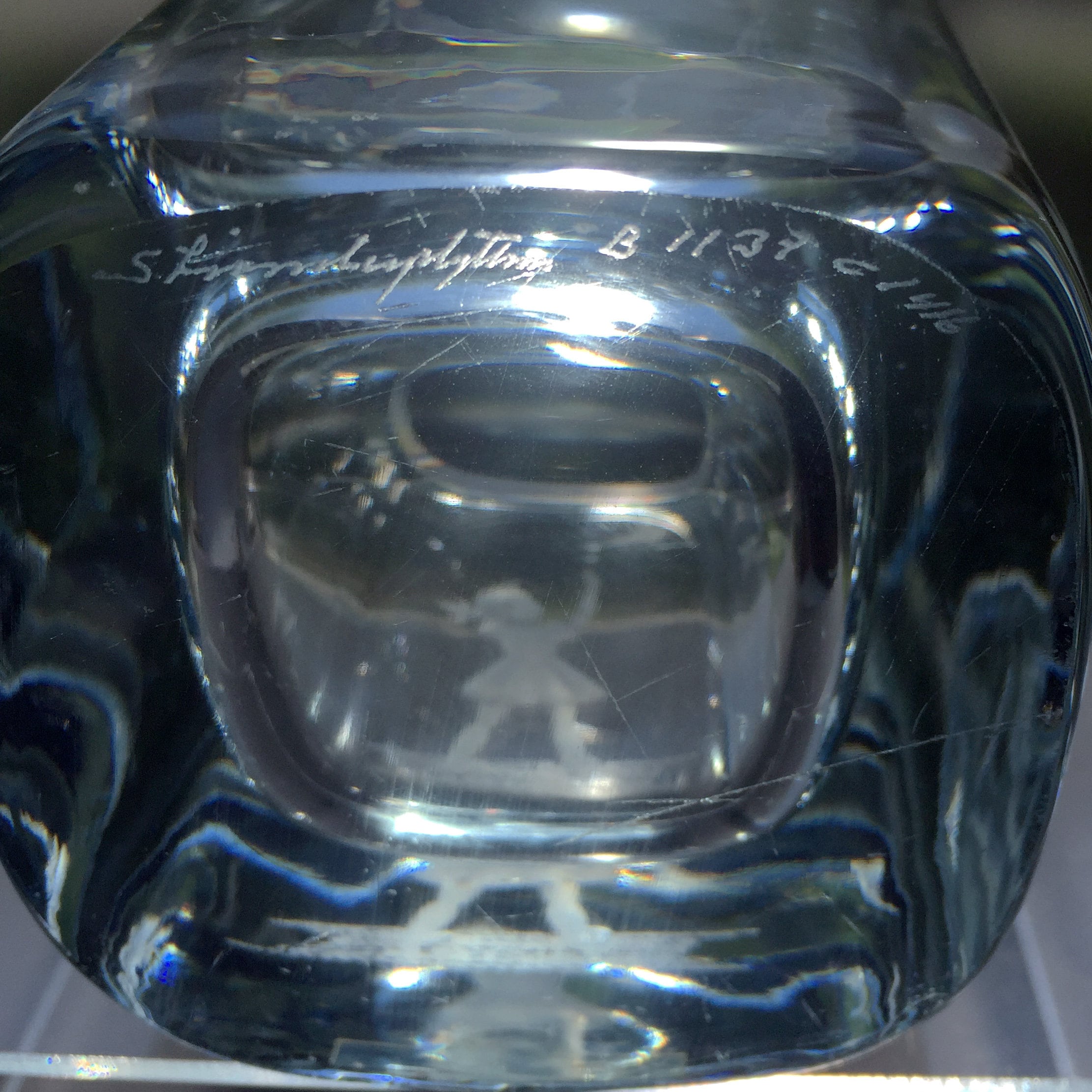 This is a lovely example of 1960's art glass from Strömbergshyttan. Its design is likely an earlier one from Asta Strömberg that was adapted for a new technique. In the late 1940's, a skilled glass artist and craftsman named Rune Strand, inspired by his neighbor the dentist, invented a pen-style engraver. The engraving technique using this new tool is sometimes called dental drill engraving, and this piece was made with that method. A fellow glass group member told me that his uncle, Ragnar Bergqvist, who was both a copper-wheel and dental drill engraver, sometimes corrected or continued Asta's sketches to make them possible to engrave with the new technique. This vase may be one of Ragnar's design updates. That's pretty cool.