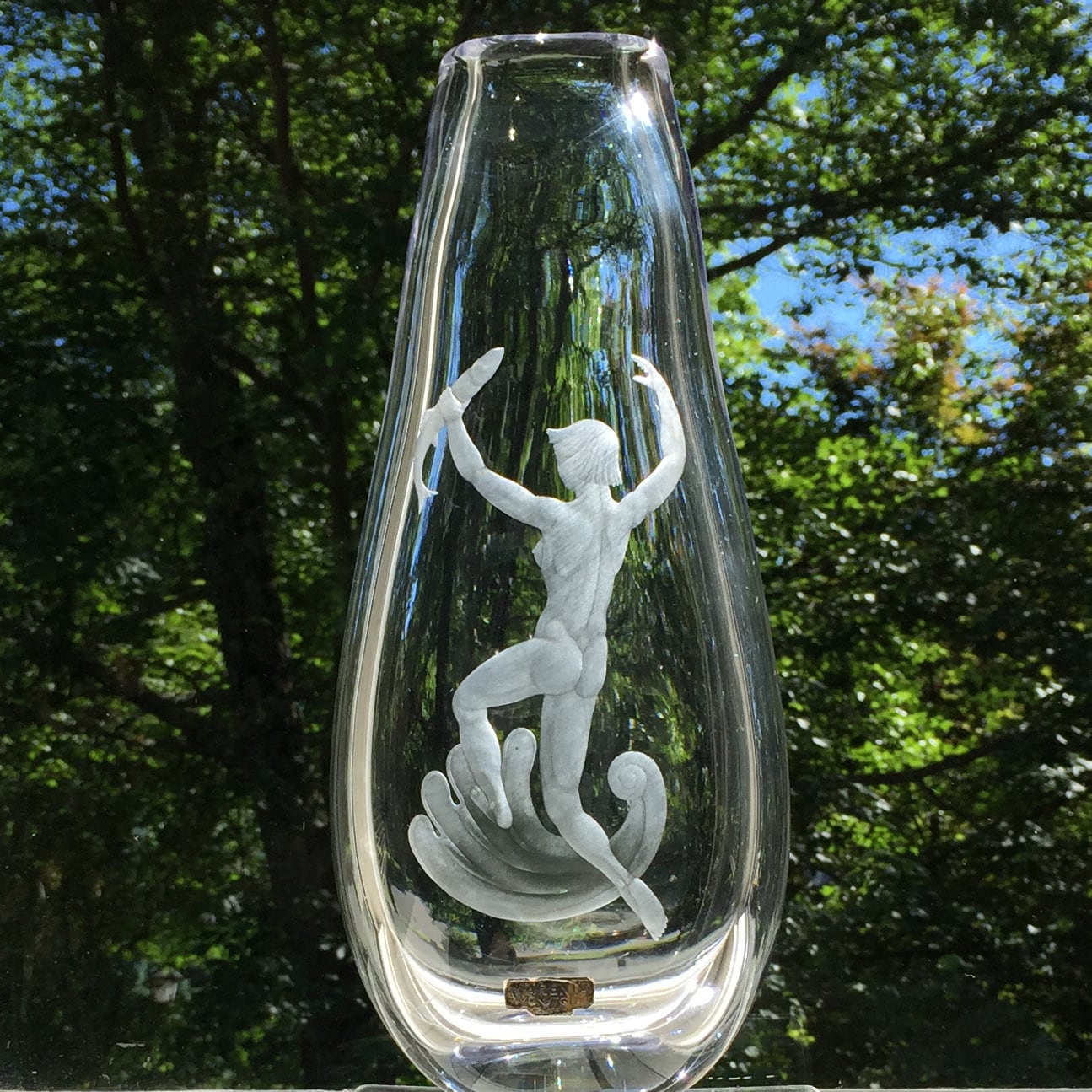 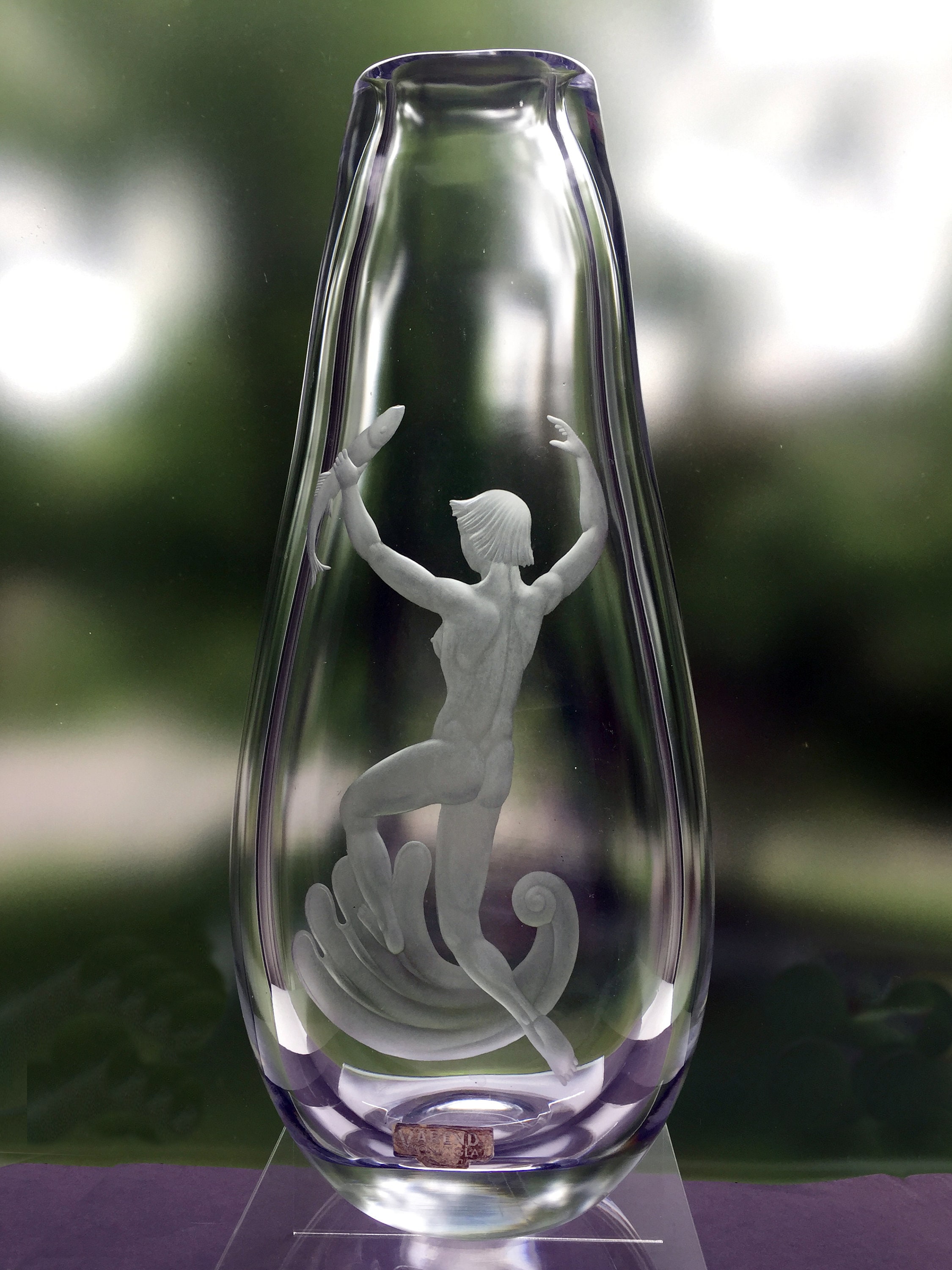 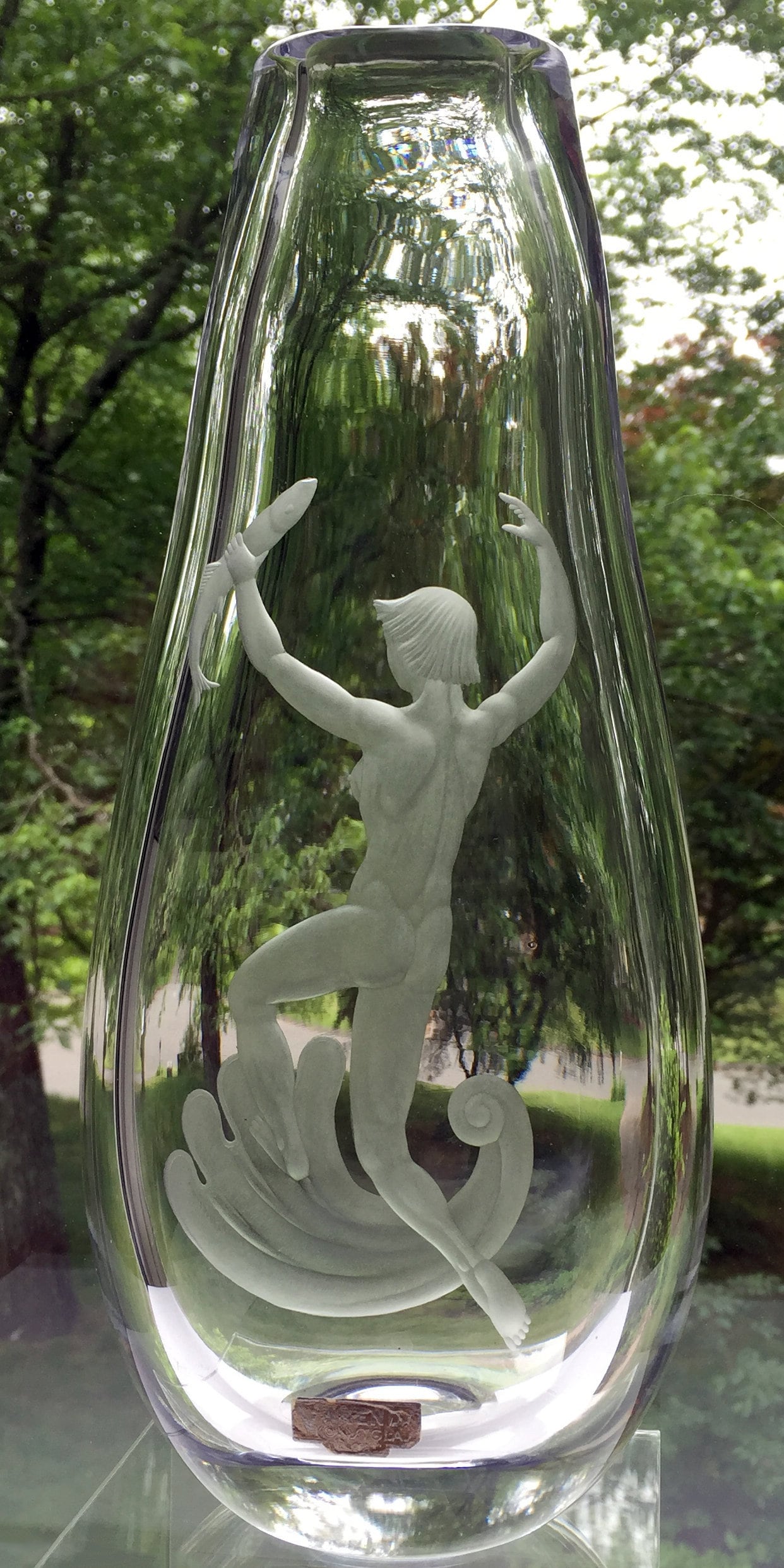 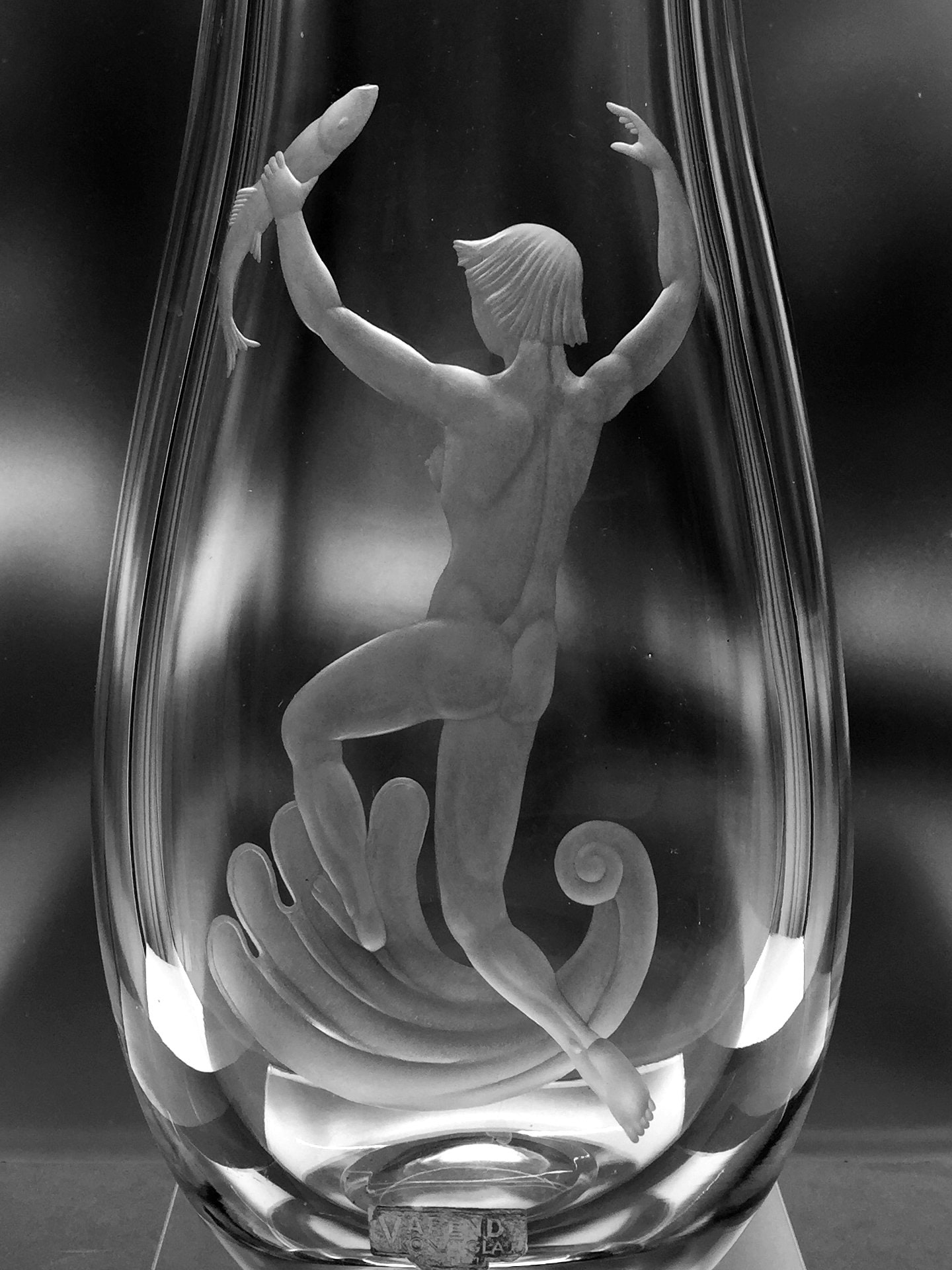 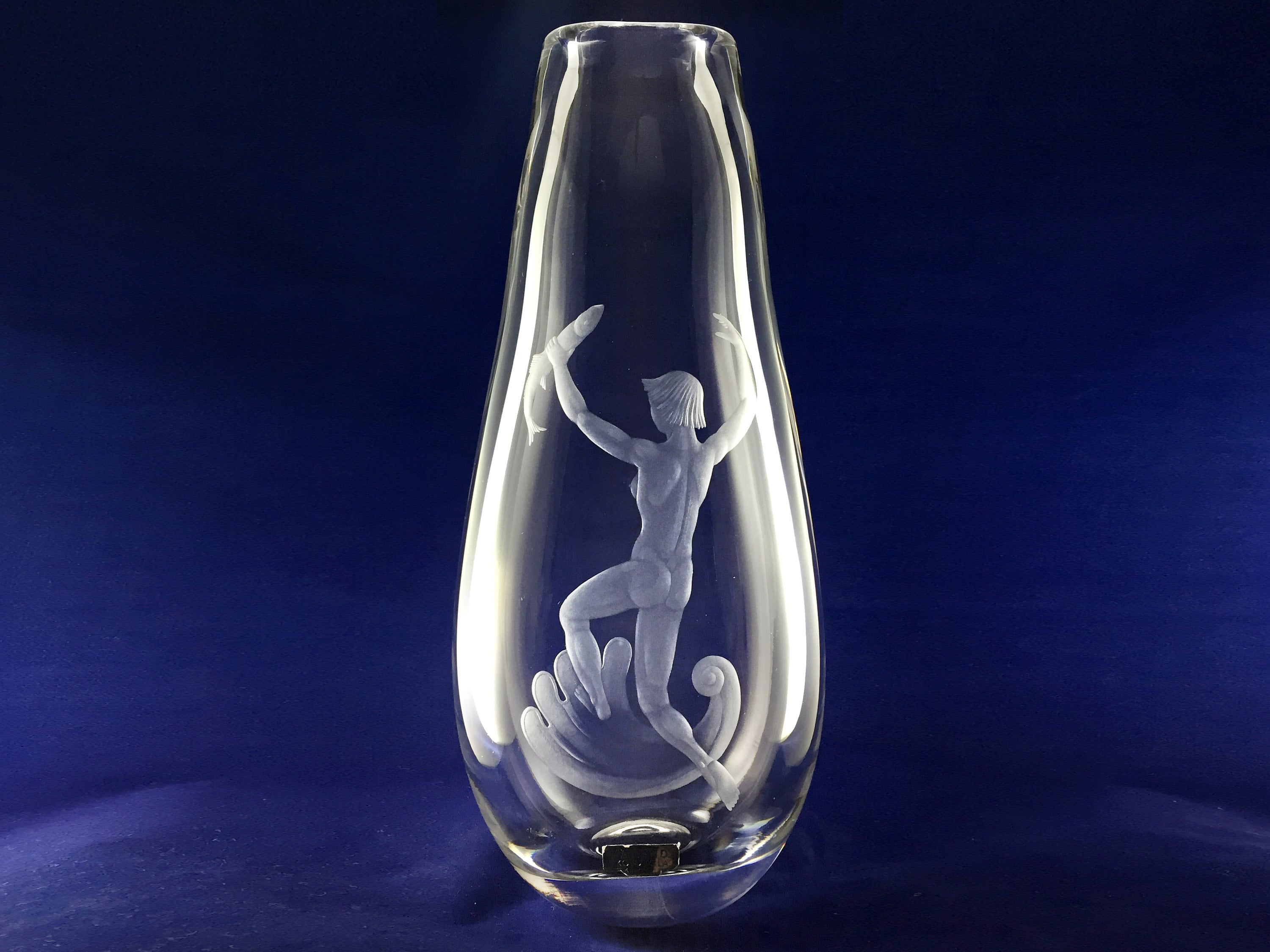 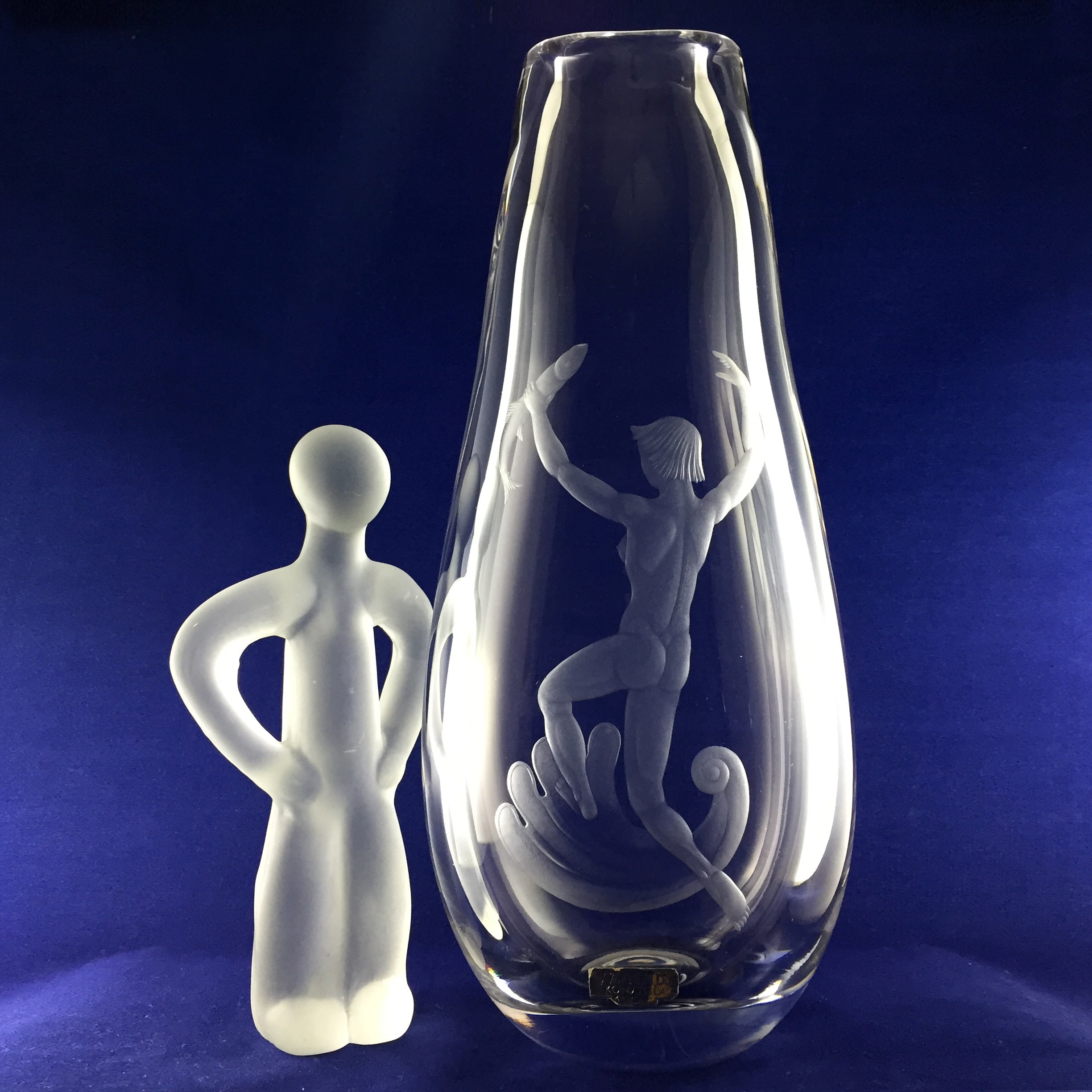 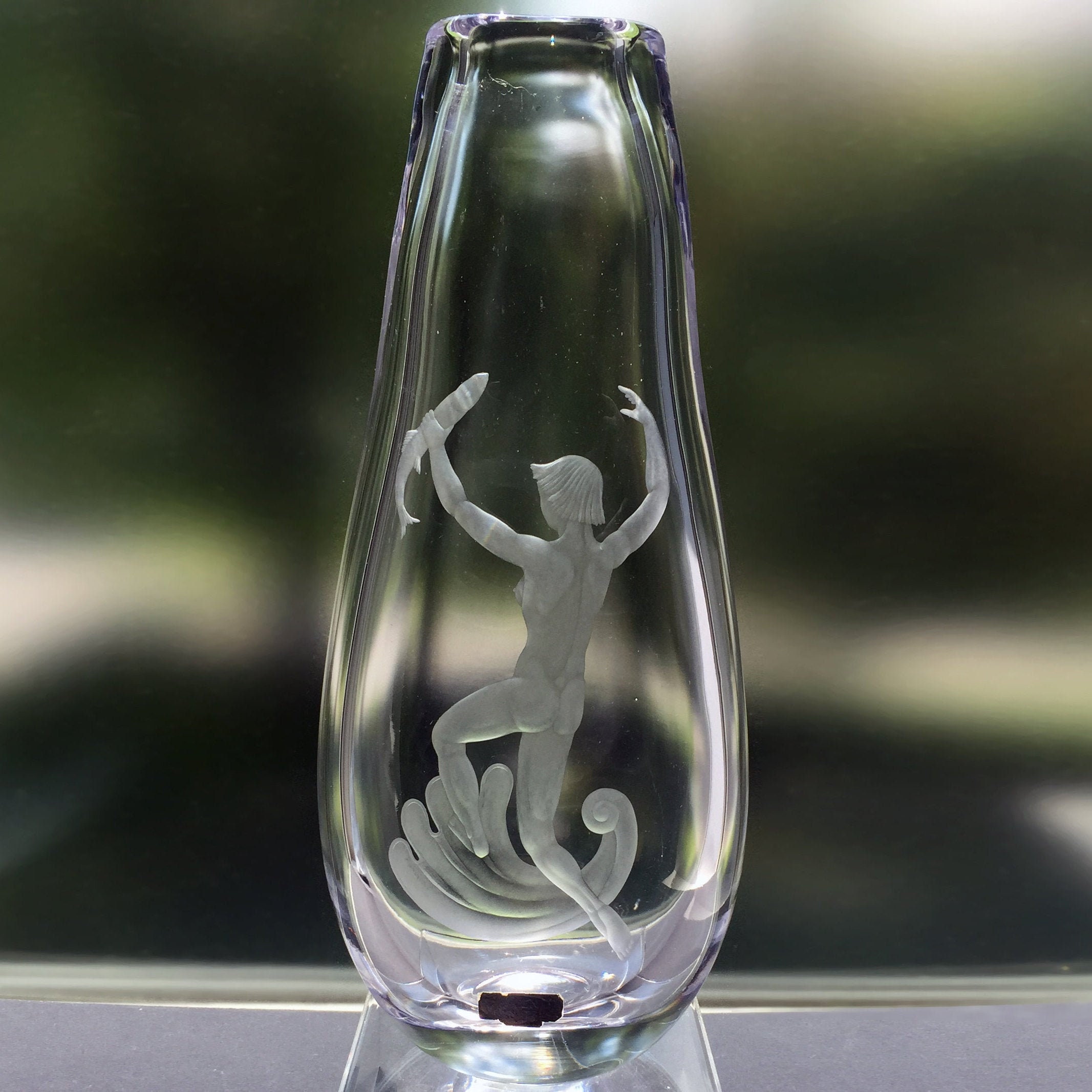 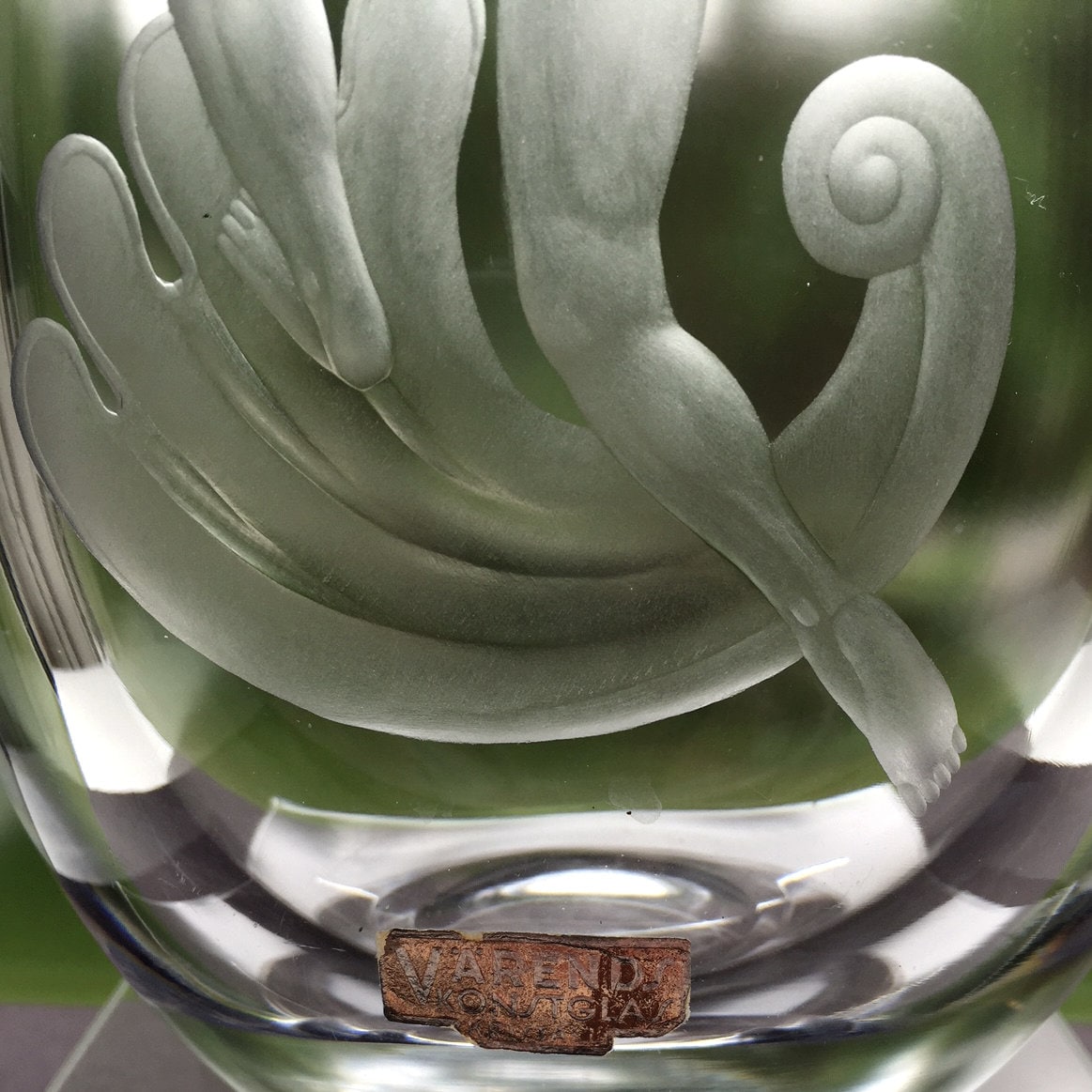 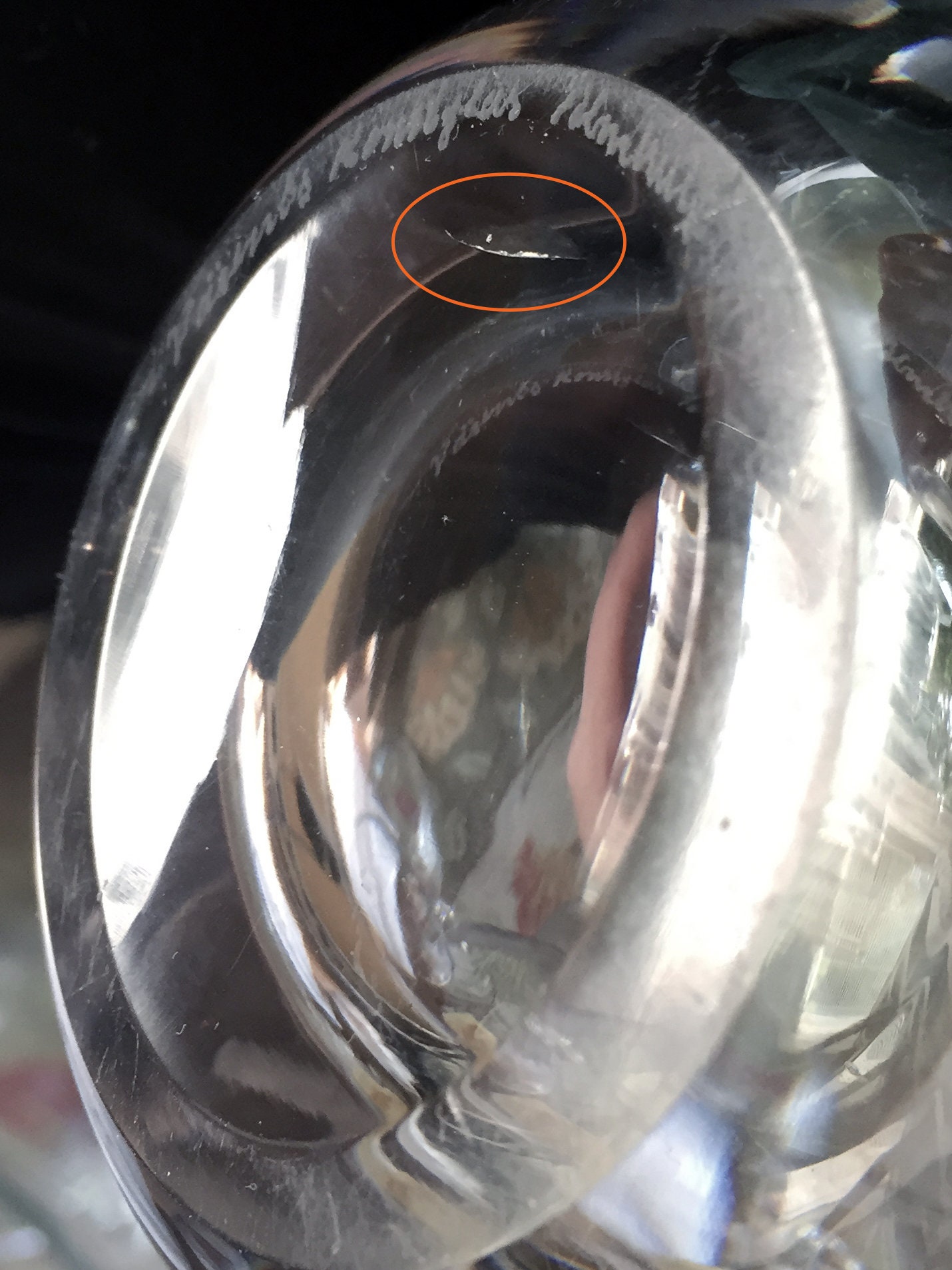 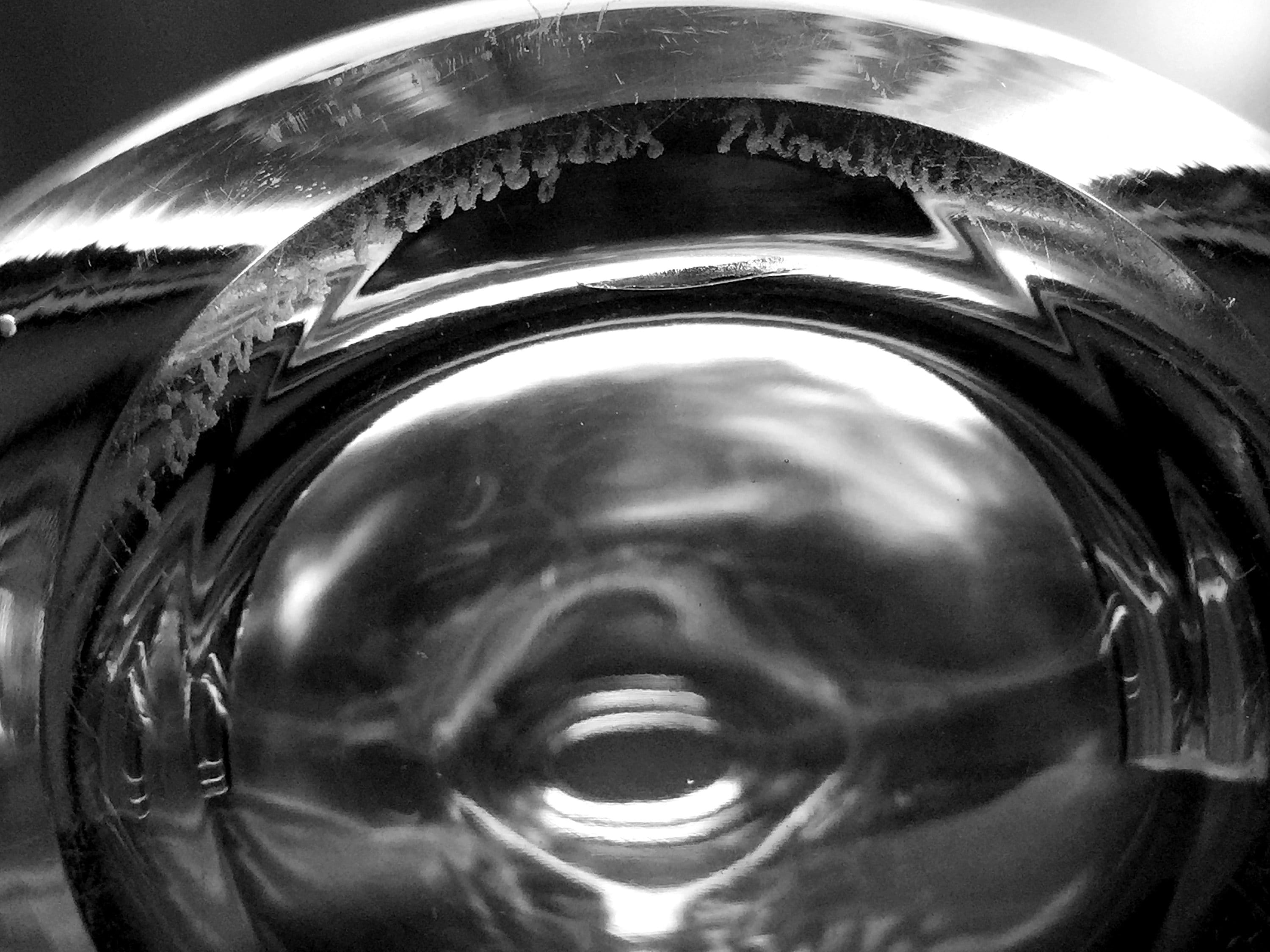 Swedish artist Emil Weidlich, 1895-1986, engraved this handblown crystal vase with a dramatic figure of a nude woman holding a fish, presumably caught by hand, standing upon a stylized wave. It is a typical Weidlich motif, as he was highly influenced by the Art Deco movement, and his mentor, Simon Gate, taught him the value and the timelessness of a nude. (I'm not as sure about the timelessness of the hair style...) Careful treatment of the musculature, all created by pressing the glass against spinning copper wheels, is another Weidlich hallmark.

This vase is big, 5.25" x 3.25" x 11.75" (133mm x 83mm x 300mm), and it weighs 6.35 pounds (2.88kg). It has a small internal flaw in the base that I just saw while photographing it (see photos 7 and 8). I have had it on display for years, and I've never noticed it before. I have washed and dried it inside and out several times with warm (not hot) water and mild oxygenated dish soap. Like any glass, the vase should not be subjected to extreme temperature changes. Considering that it is more than 60 years old, it is in remarkable condition. Please let me know if you have questions or concerns, but I am quite certain that, absent neglectful handling, this piece of Swedish art history will live on for another sixty years.