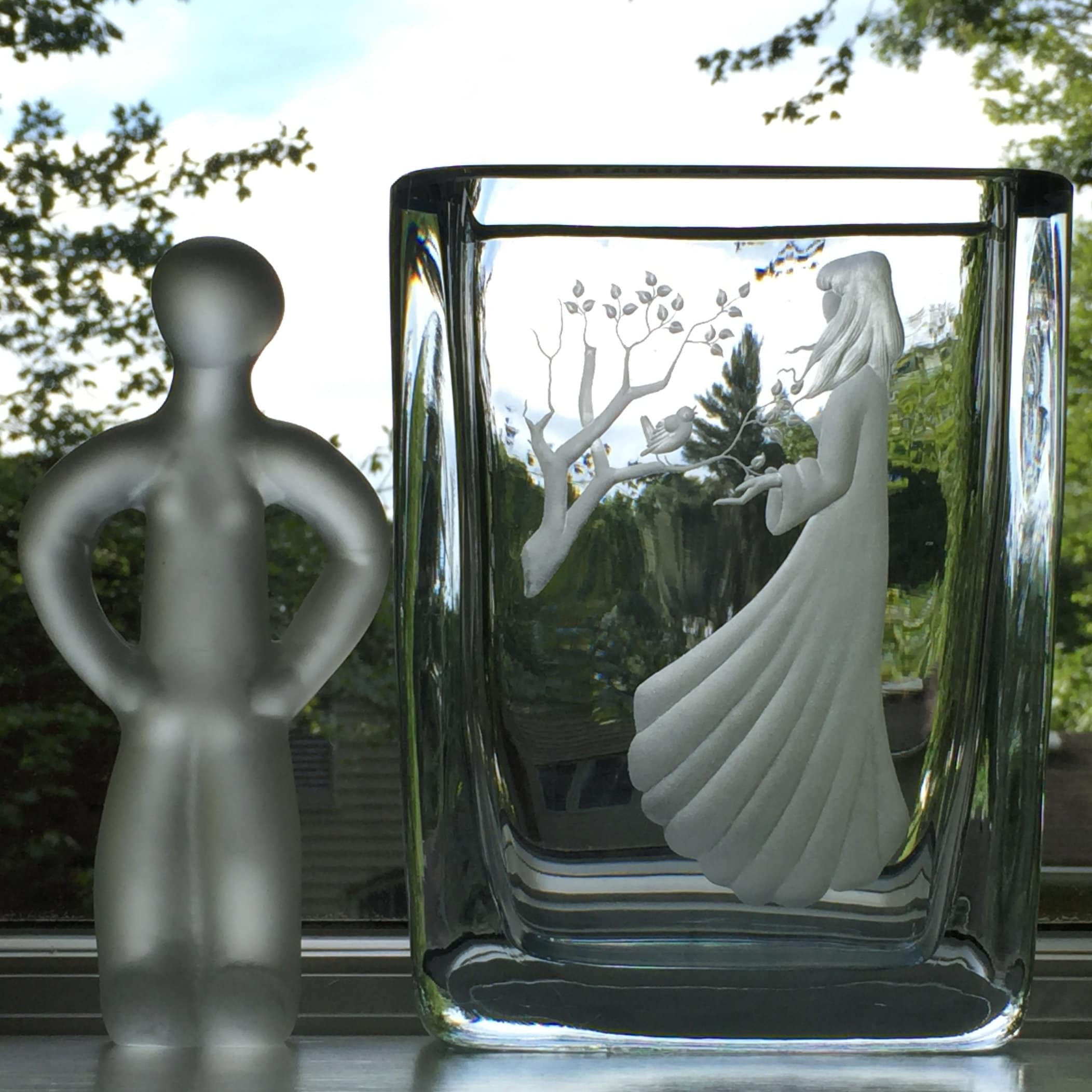 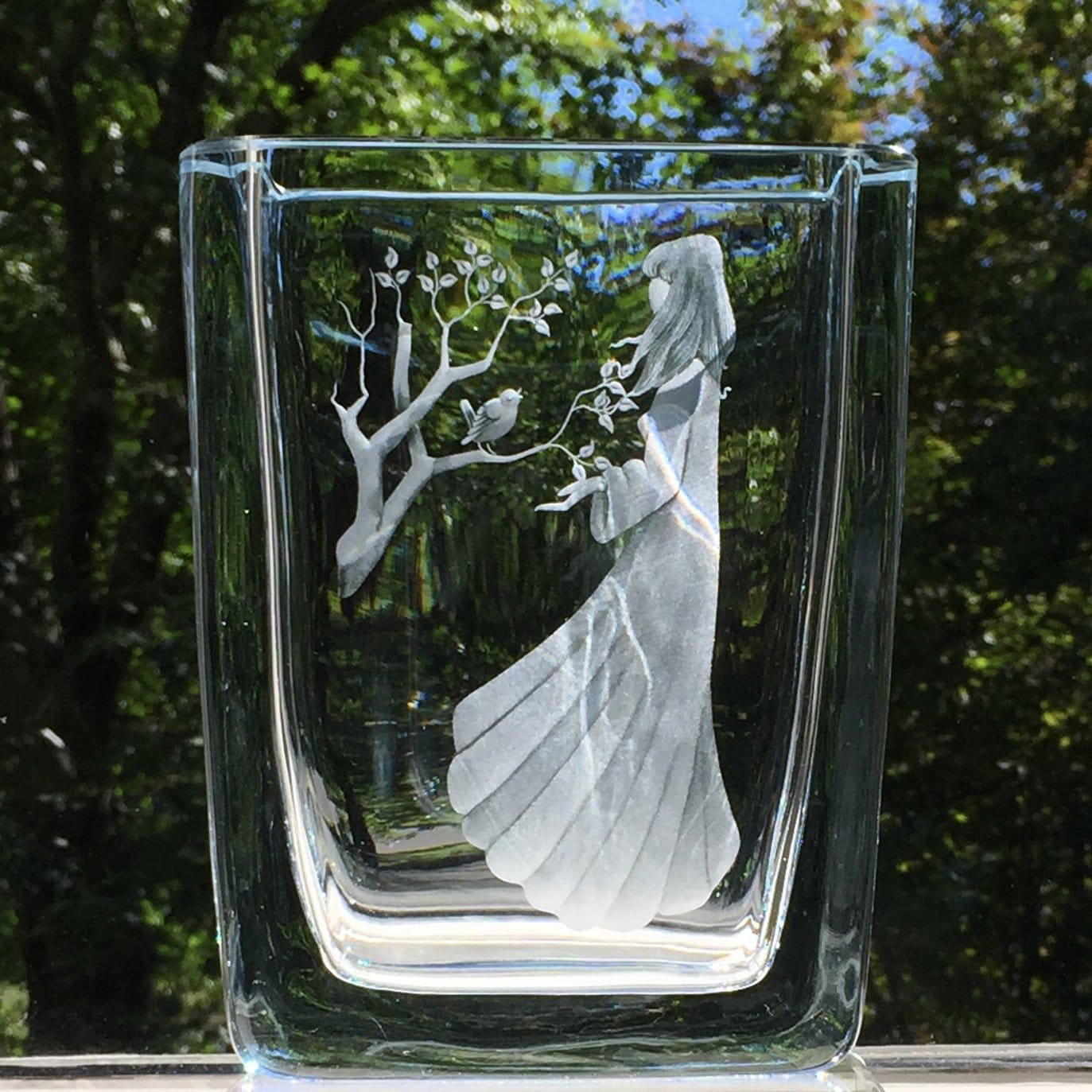 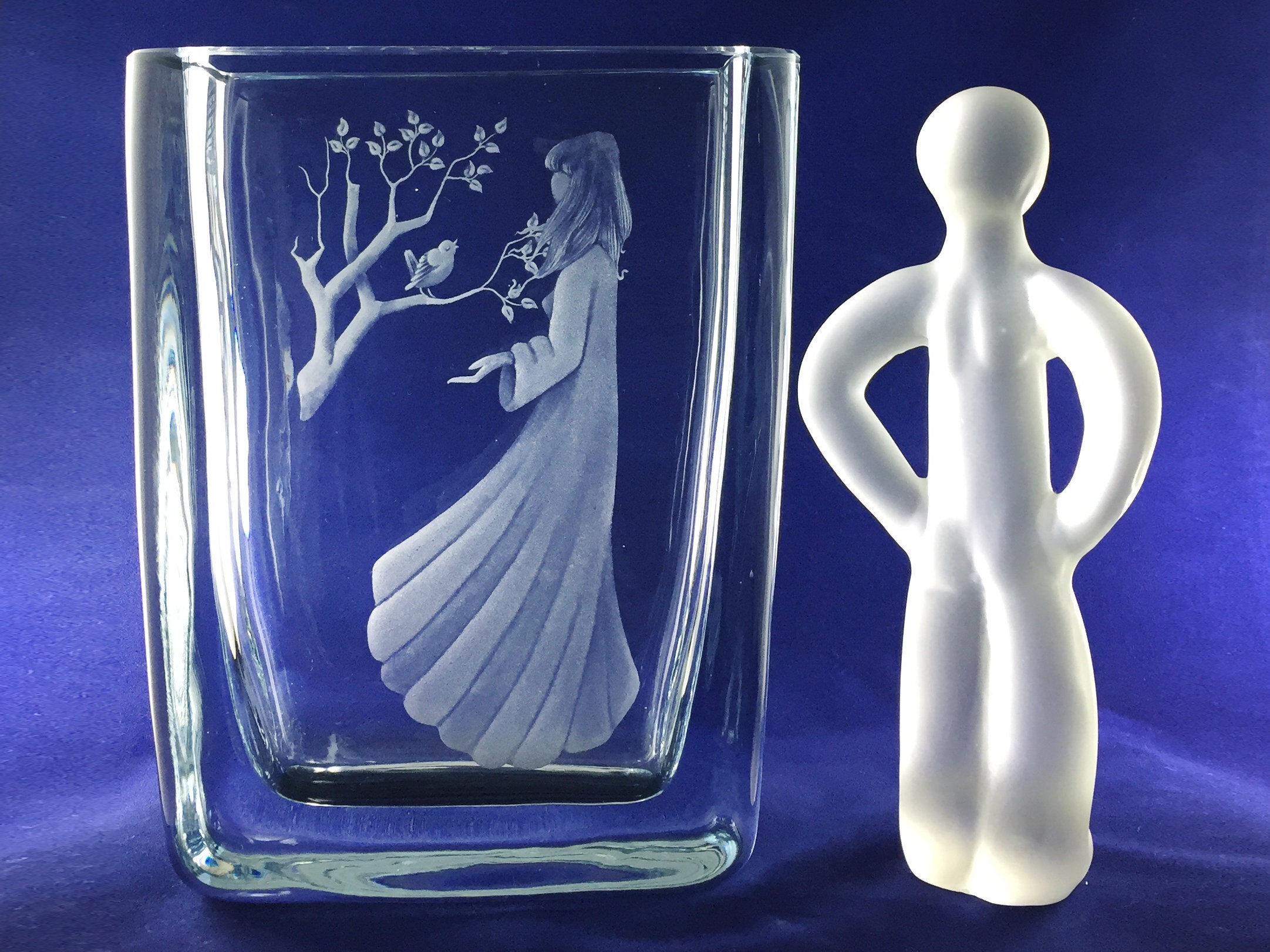 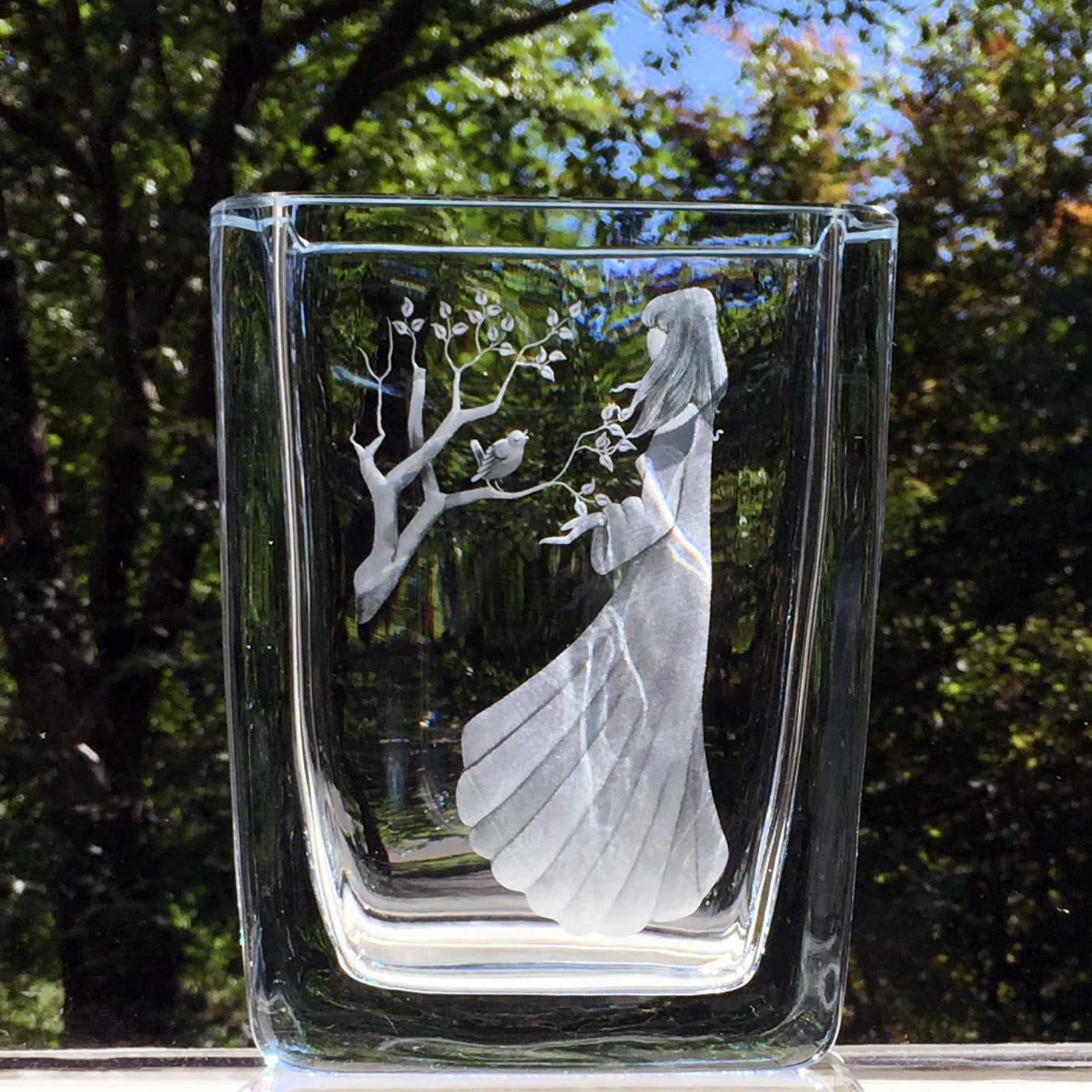 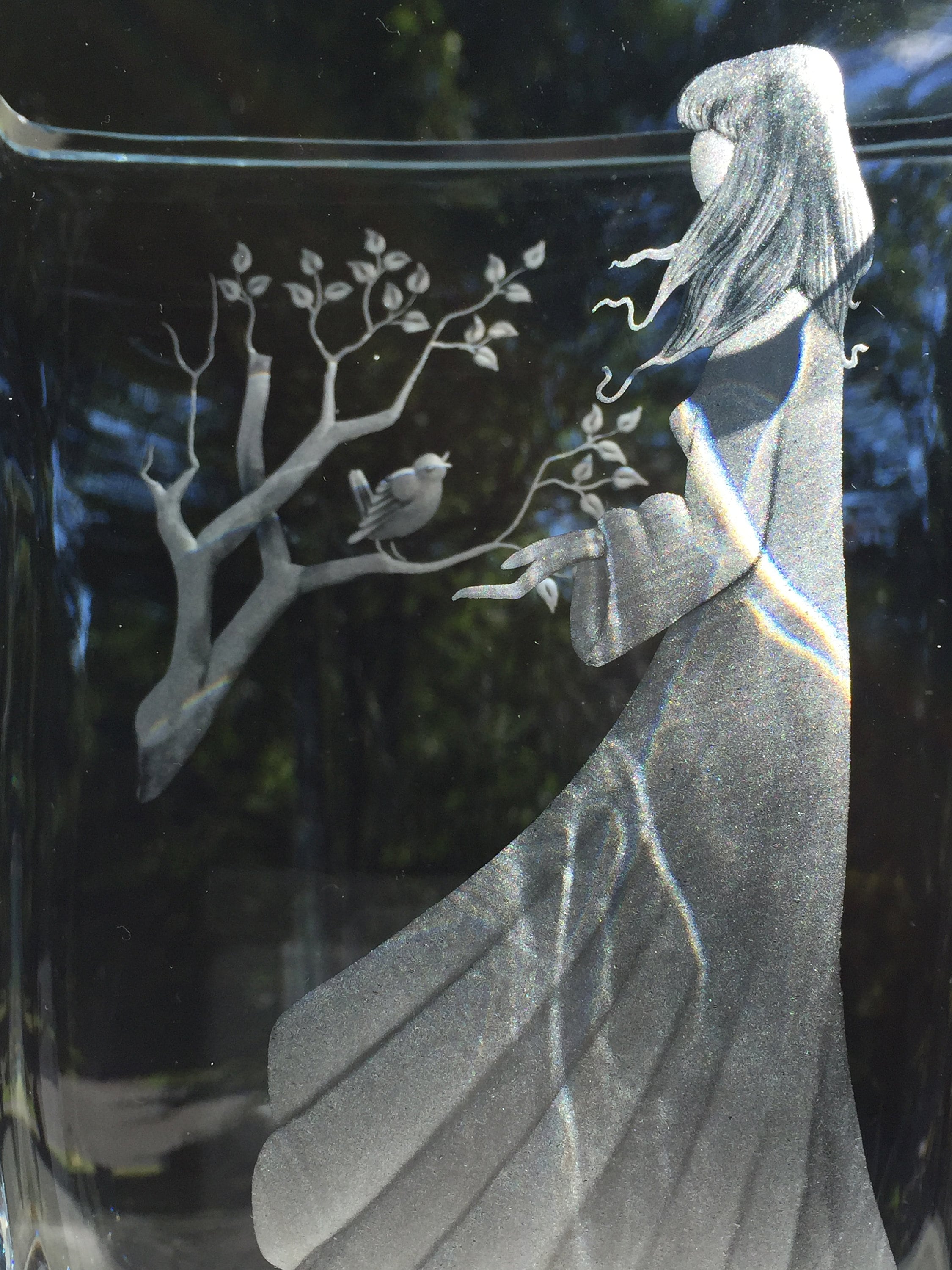 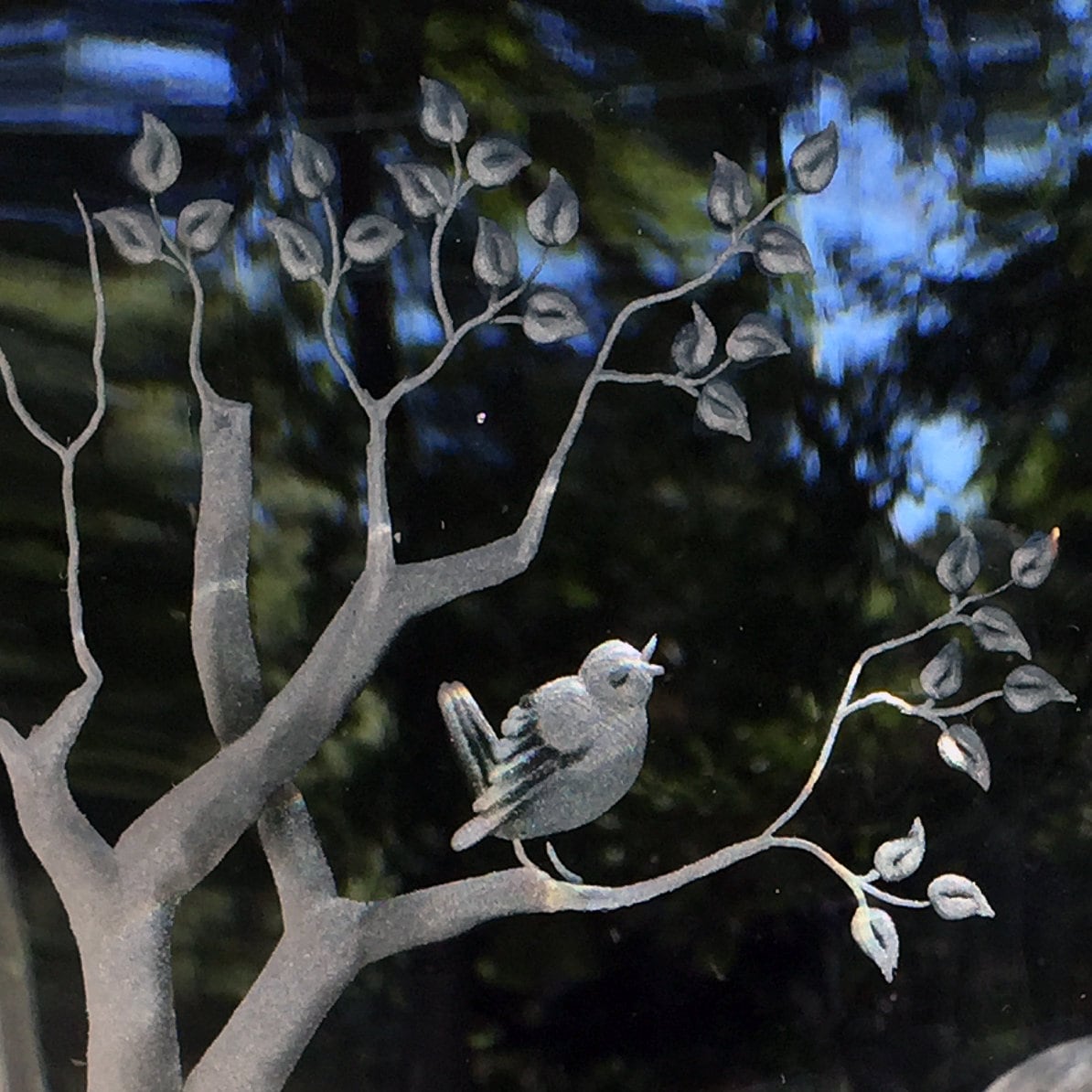 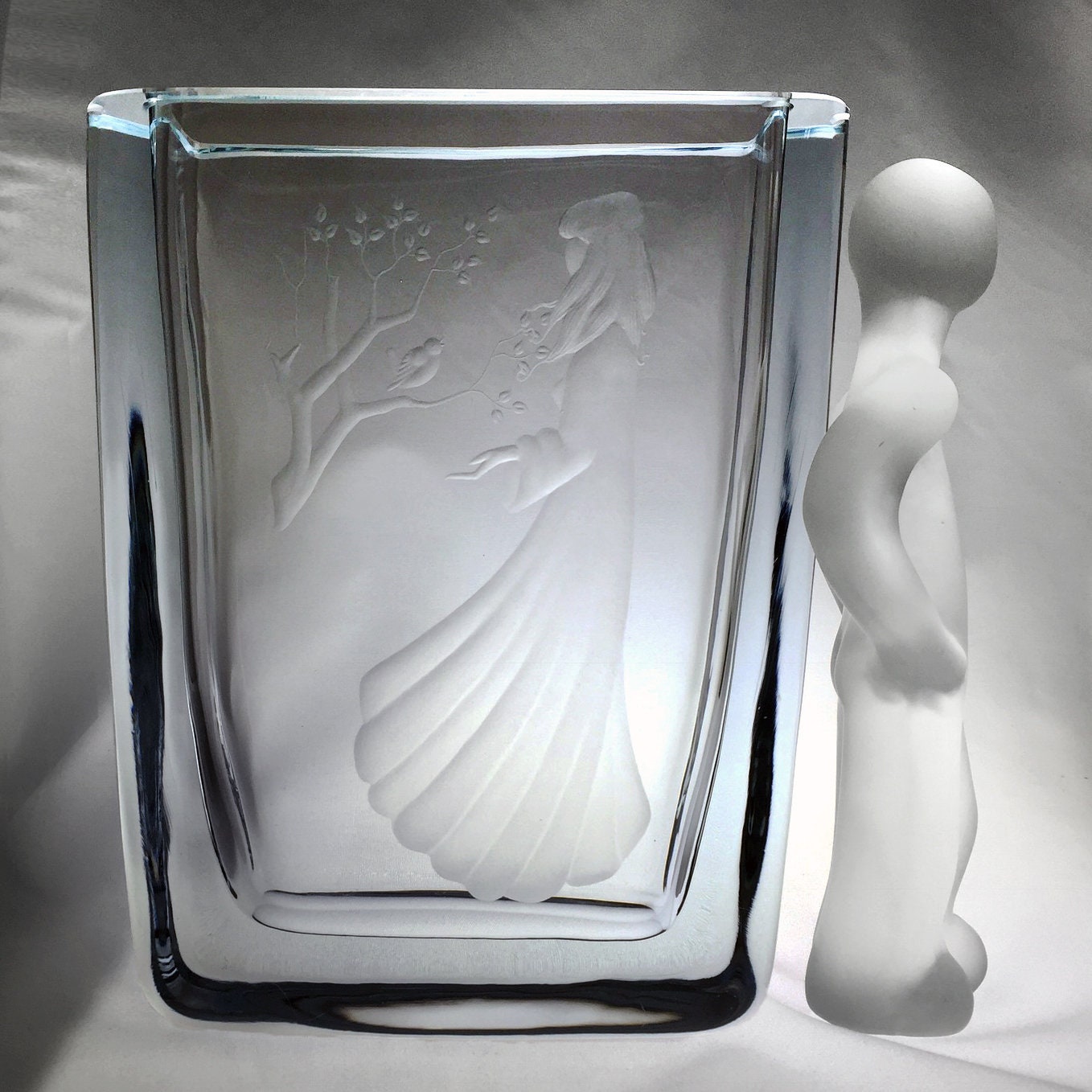 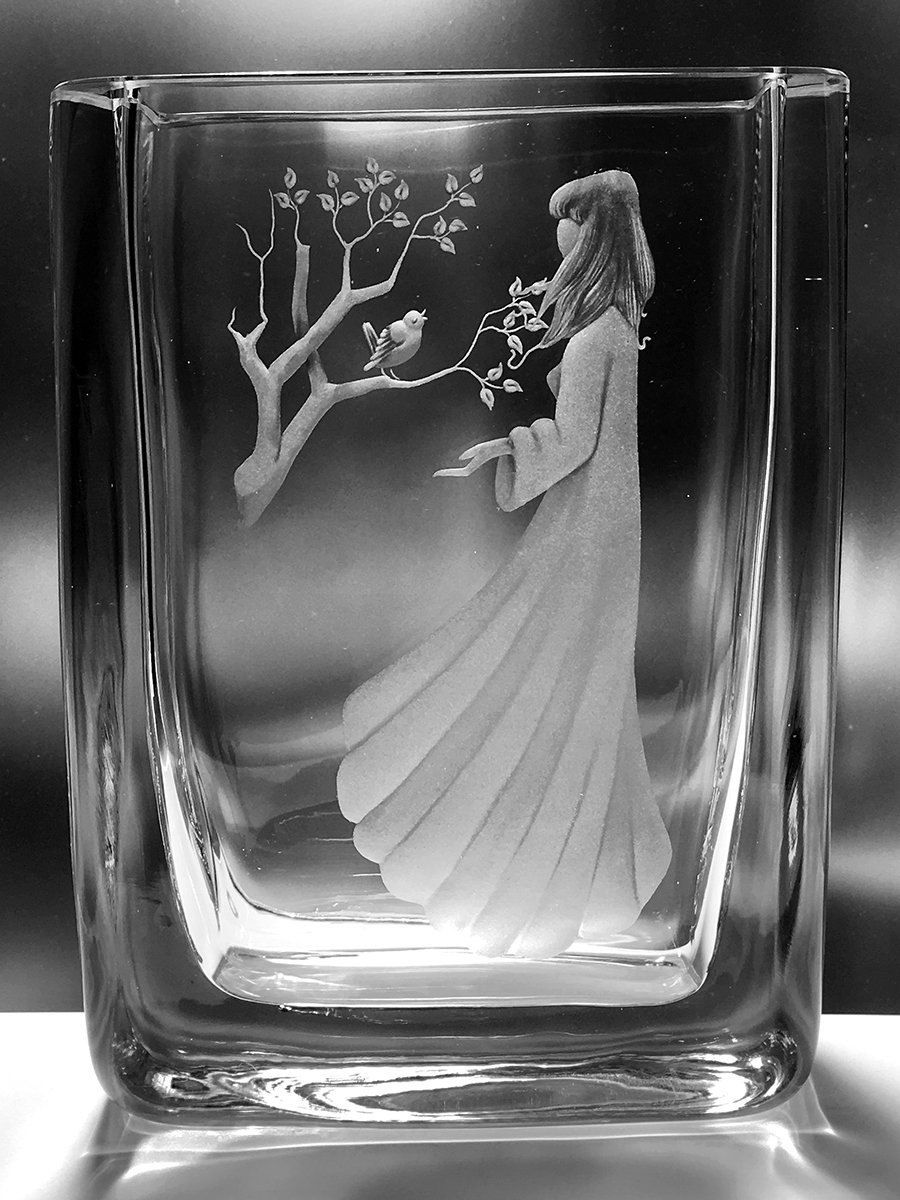 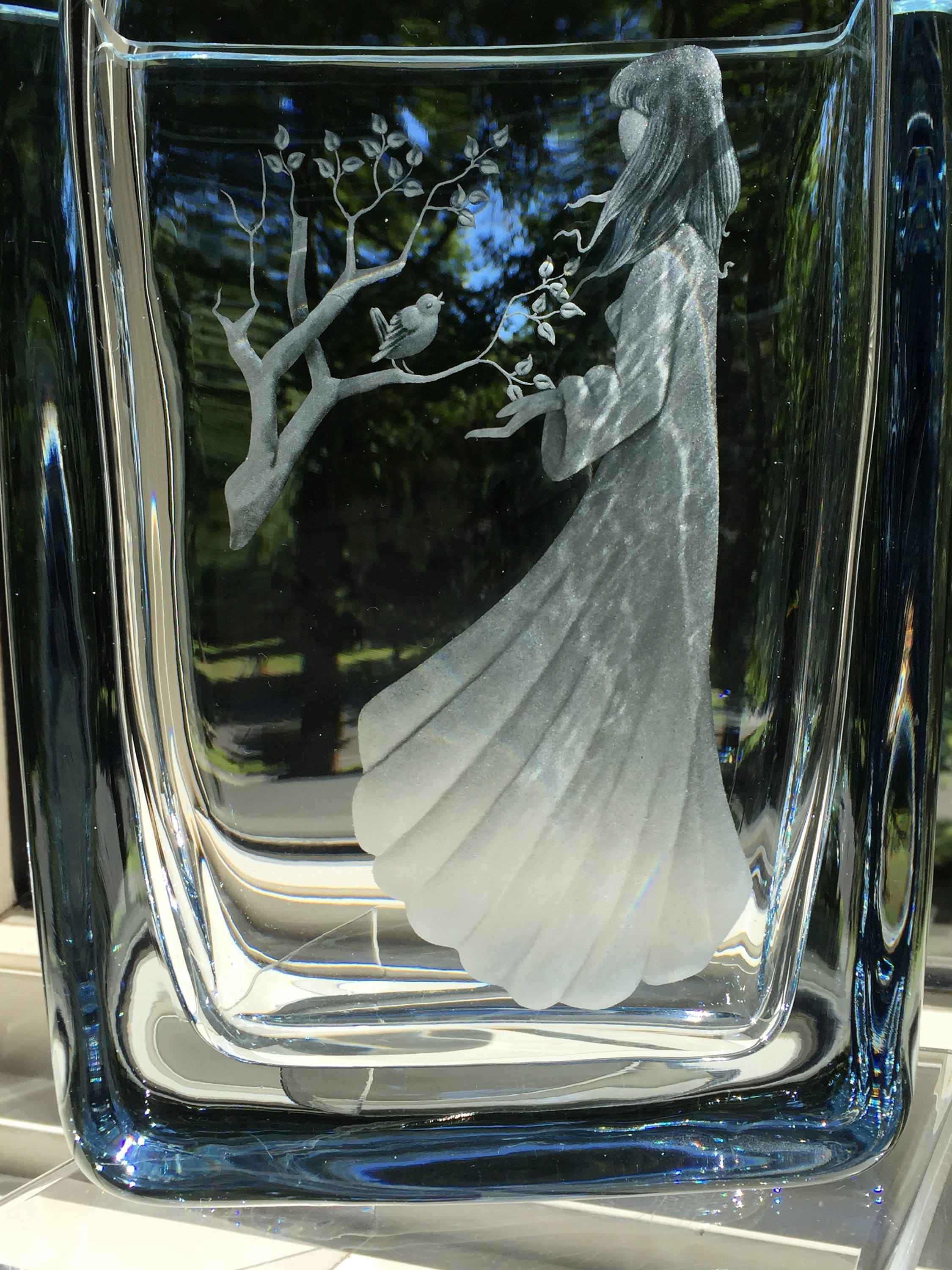 Swedish 1960's Engraved Glass Vase, Young Woman with a Bird on a Branch

This beautiful vintage vase was designed by Rune Strand, the prolific Swedish glass artist, during his five-year tenure at Strömbergshyttan in the mid-1960's. It depicts a young woman, reaching out to a bird on a branch. It is interesting to note that the woman is on the front of the vase, and the branch with the bird is on the back of the vase, giving the piece added dimension. In the late late 1940's Rune Strand invented a pen-style engraving tool, based on the drill used by his neighbor, a dentist. This piece is engraved using that tool.

Here is the story of Strömbergshyttan. In 1876, a glassworks called Lindfors ("winding falls") opened about 50 km west of Orrefors. In 1933, Edward Strömberg, who was a former head at Orrefors, and his wife Gerda, who was a designer at Eda, leased the company and changed the name to Strömbergshyttan ("Strömberg's hut"). Edward and his son Eric devised a way to produce a glass that had a bluish-silver hue, which became characteristic for Strömbergshyttan. Eric Strömberg and his wife, Asta, bought the company in 1945, and they invested heavily to modernize it. The Strömberg family further upgraded the mill in 1960. For most of the 40+ years that the family controlled the glass mill, Gerda and Asta Strömberg designed the glass. A fire in 1973 left the glassworks in financial difficulties, and it was sold to Orrefors in 1976. Orrefors closed the Strömbergshyttan glassworks just three years later.