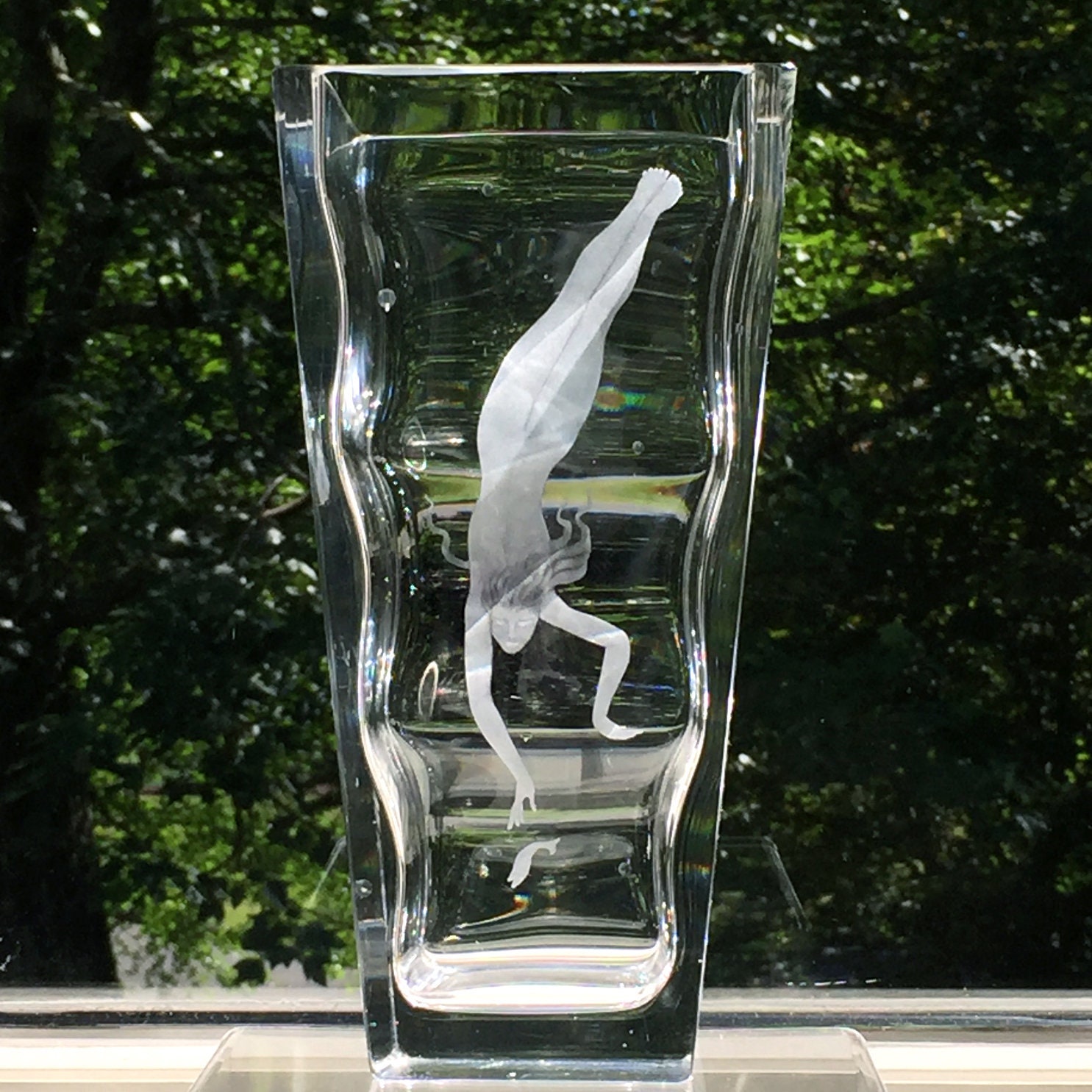 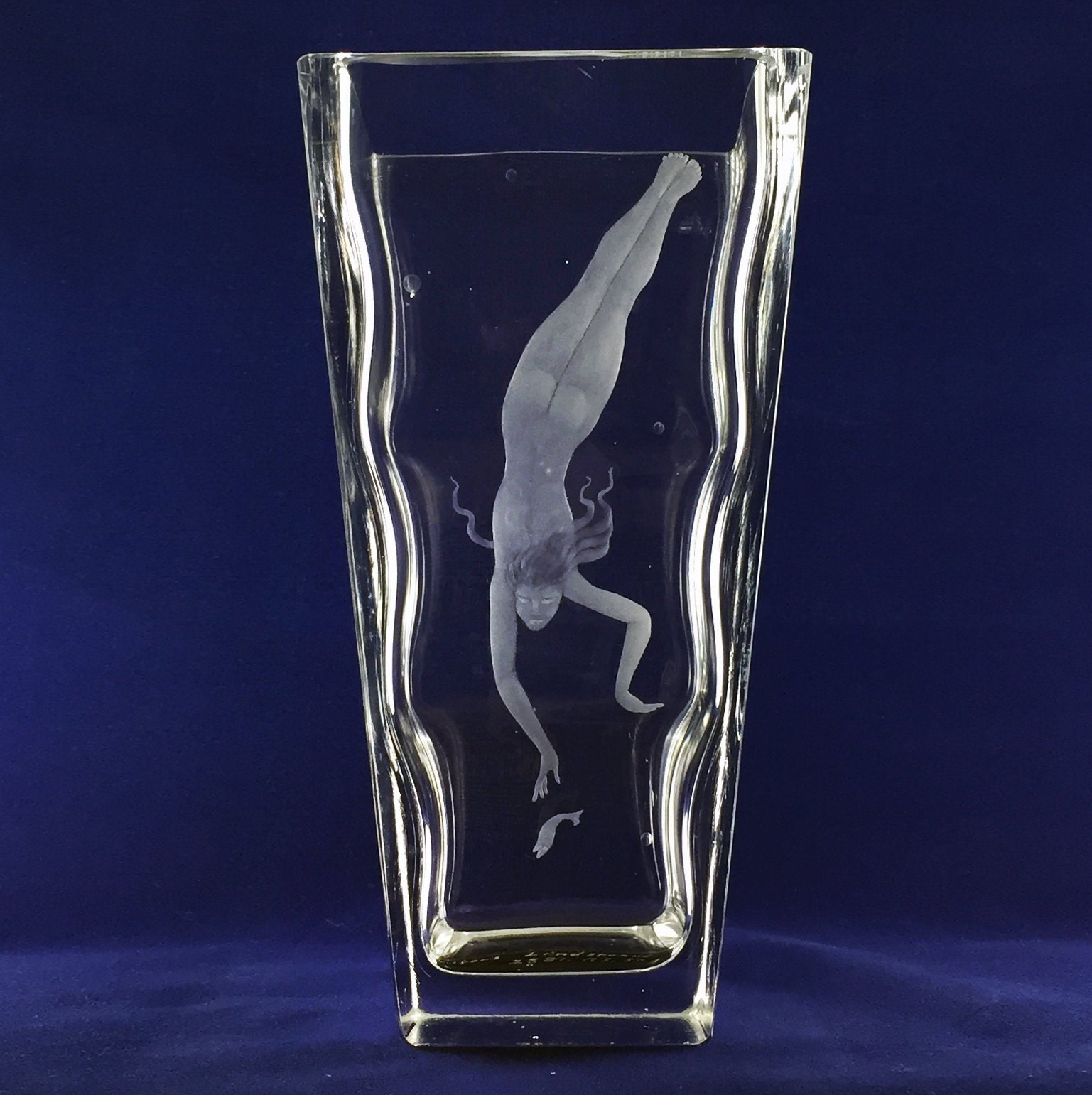 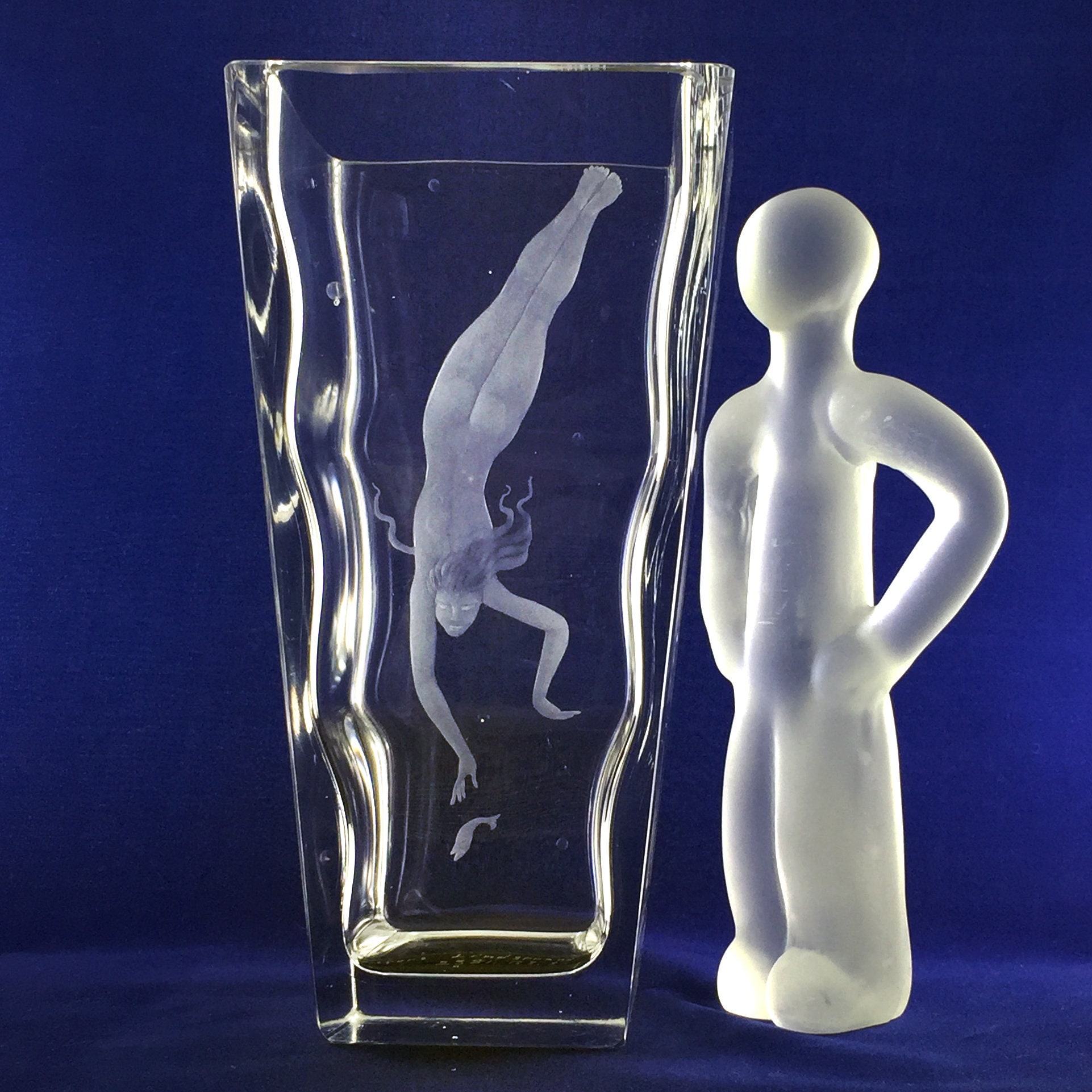 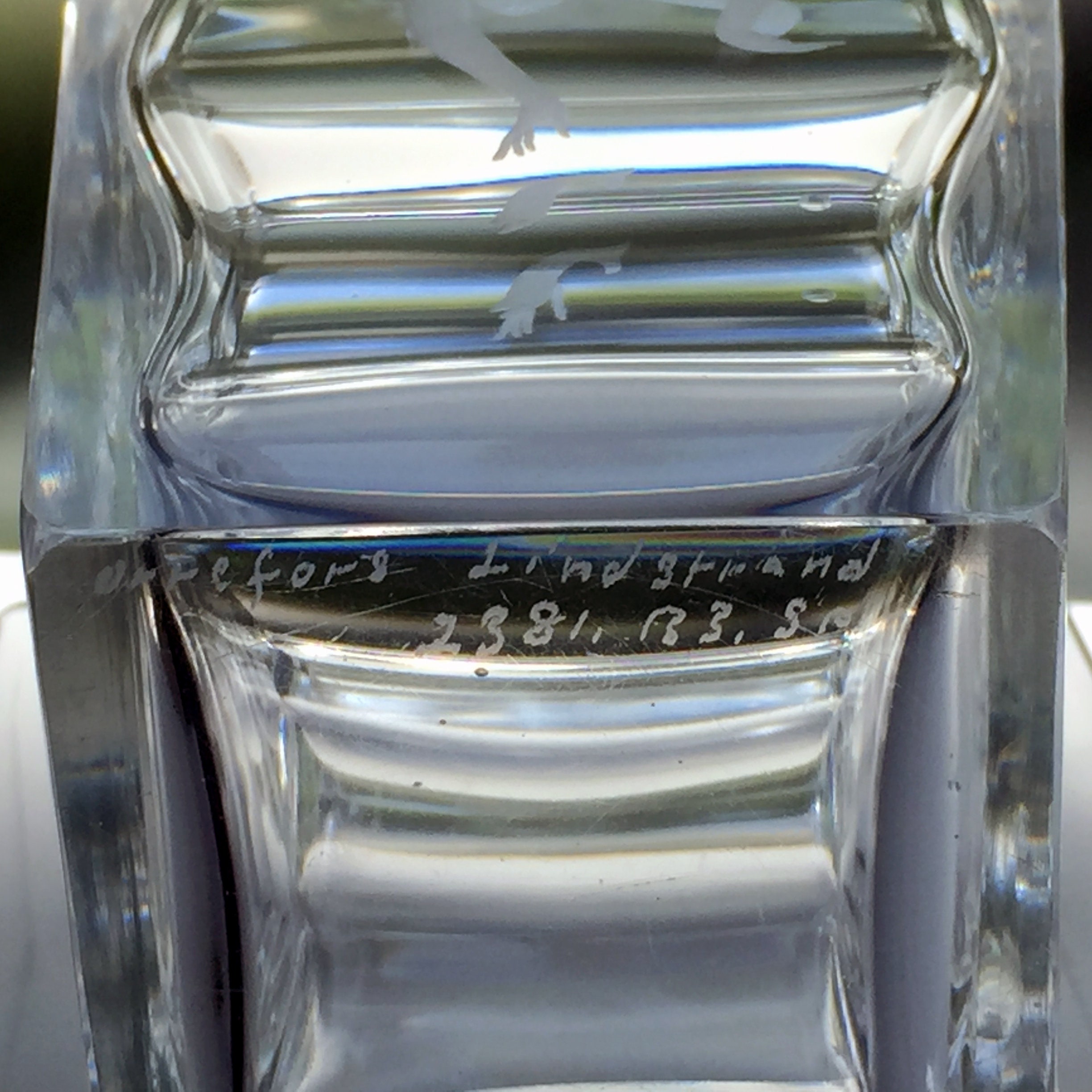 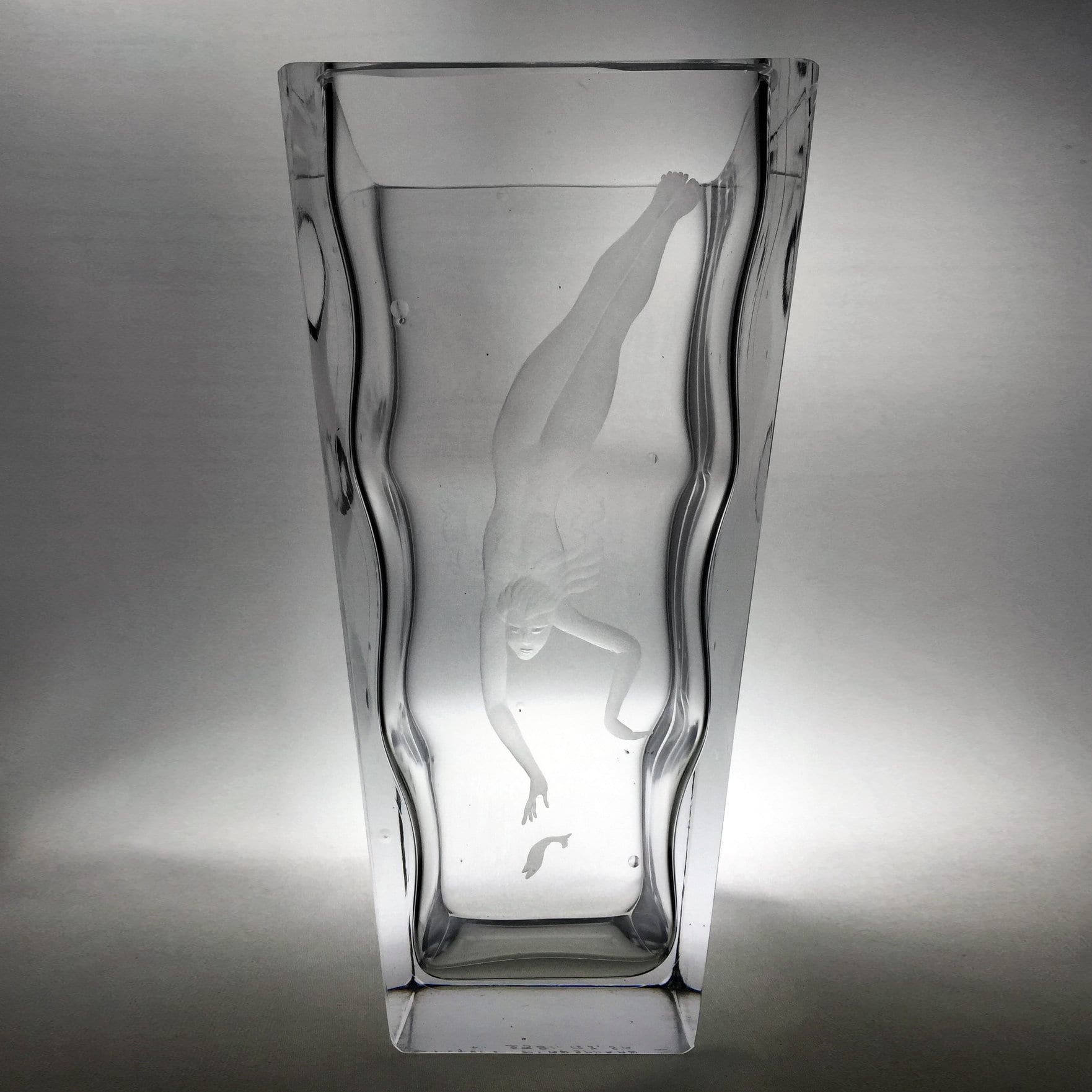 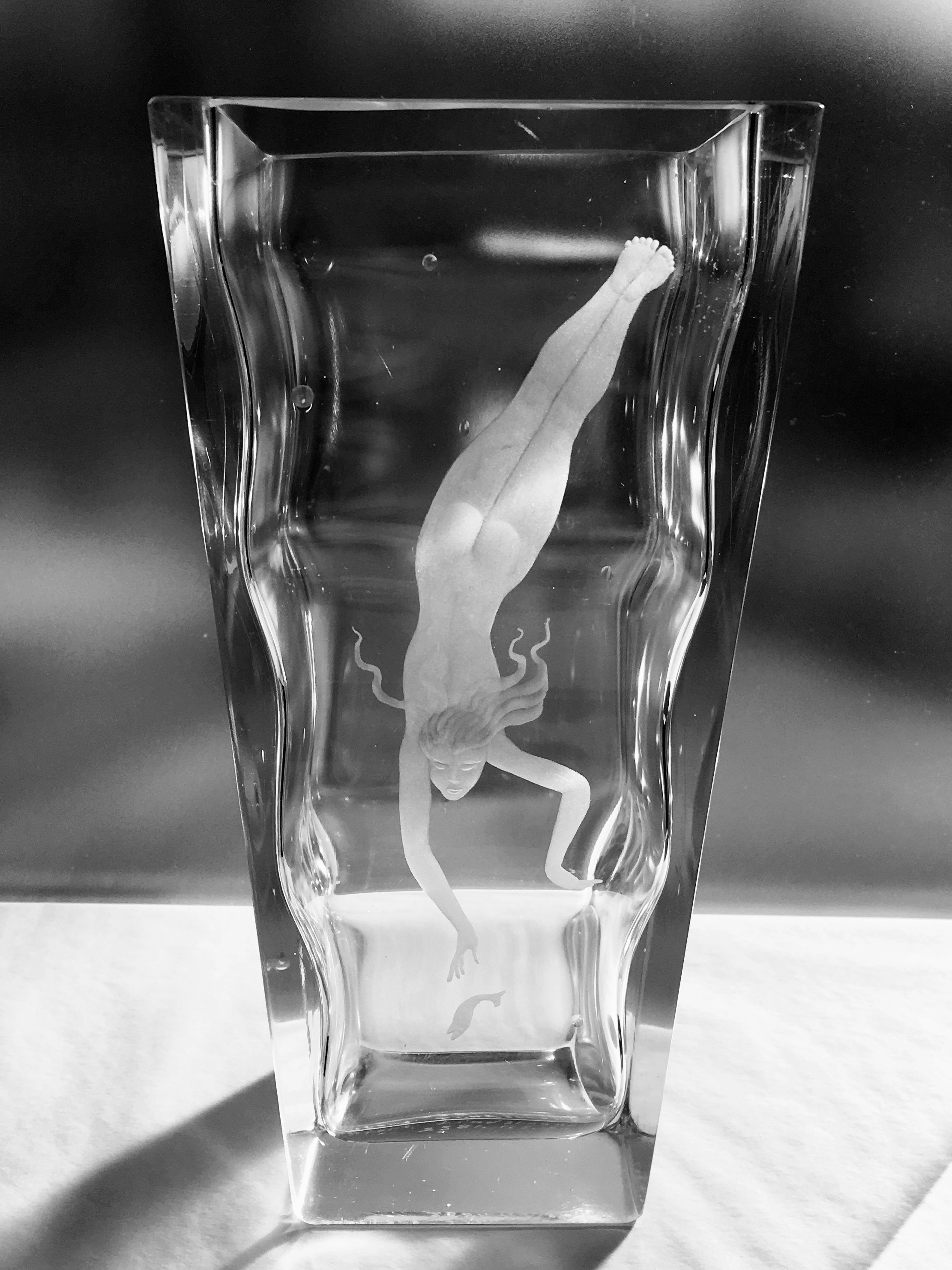 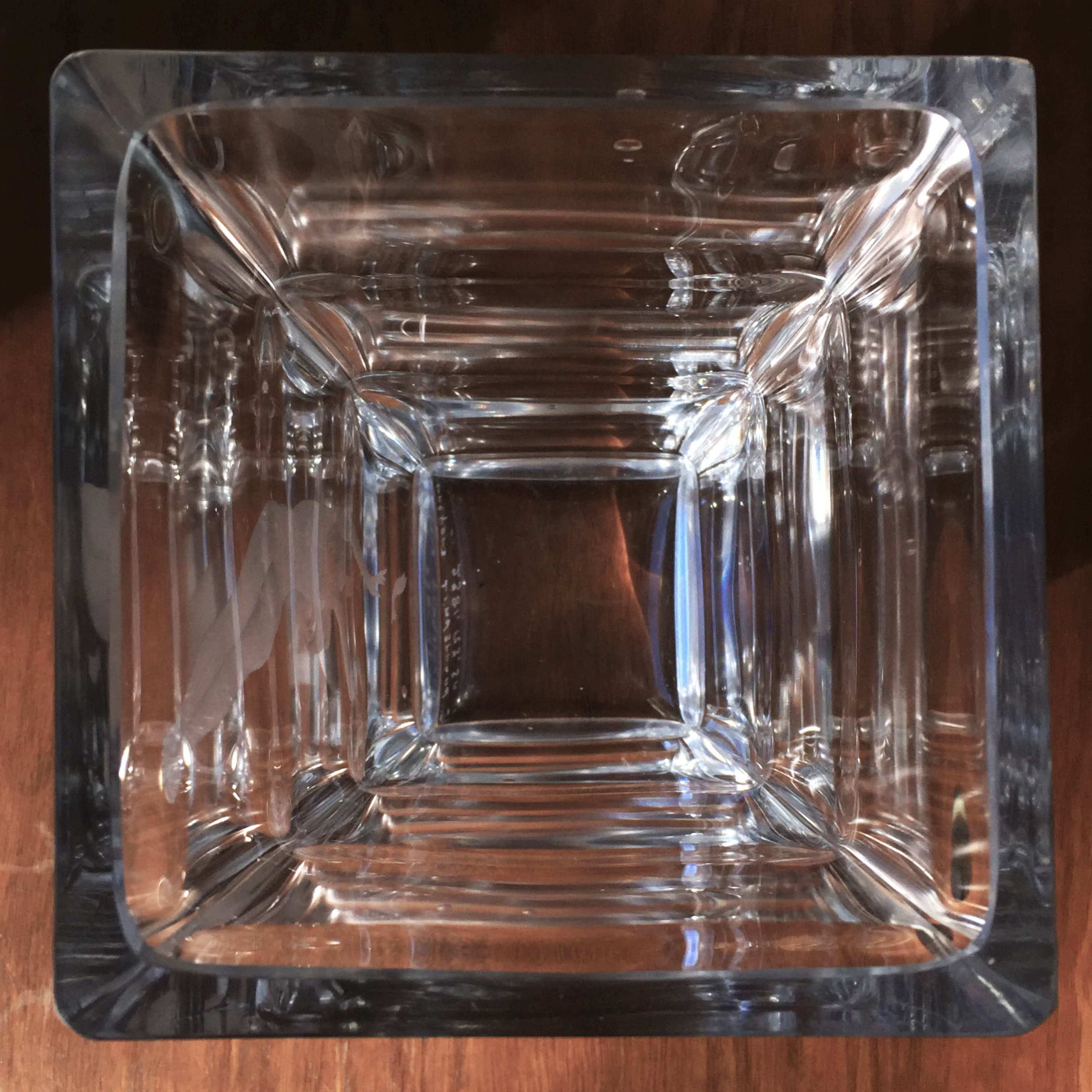 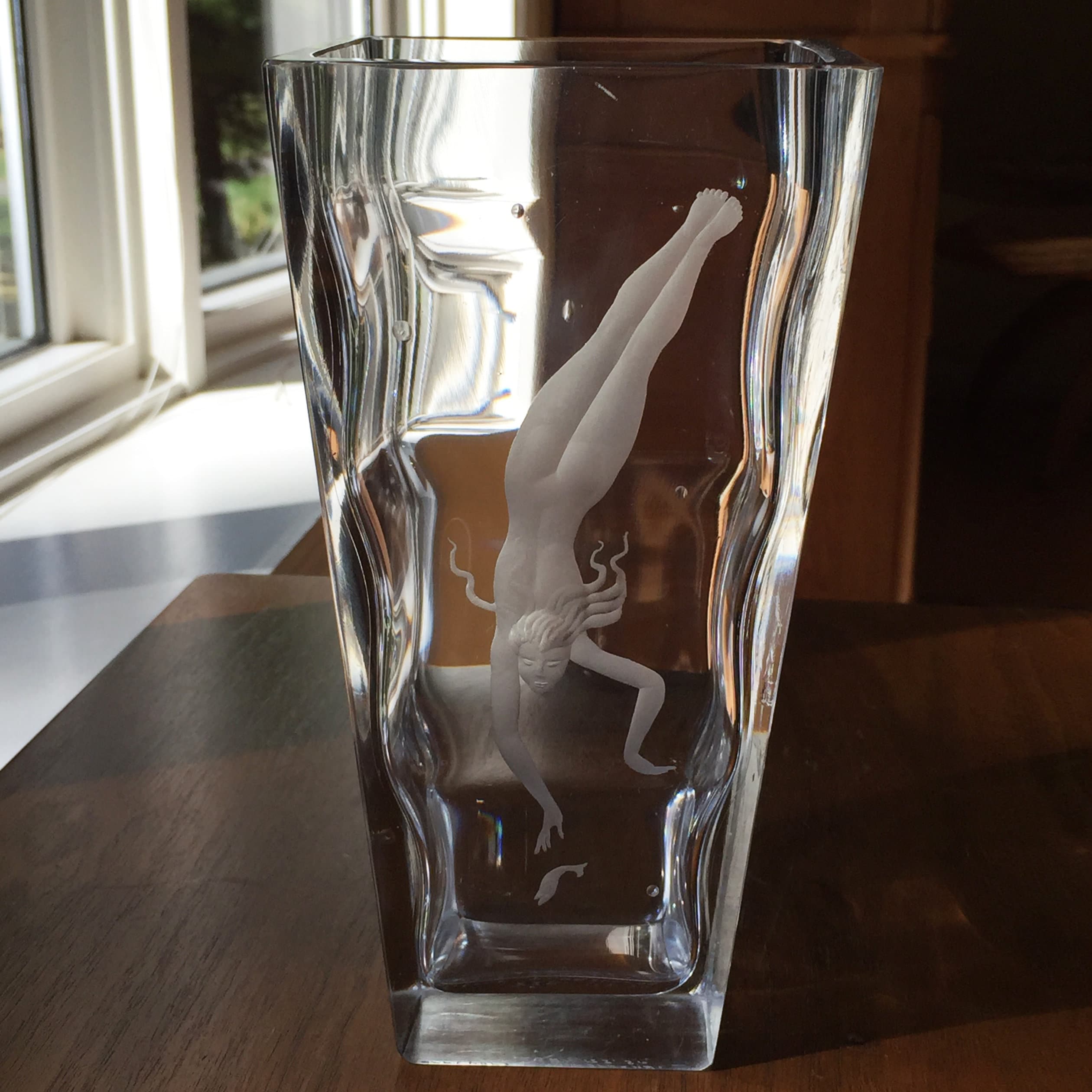 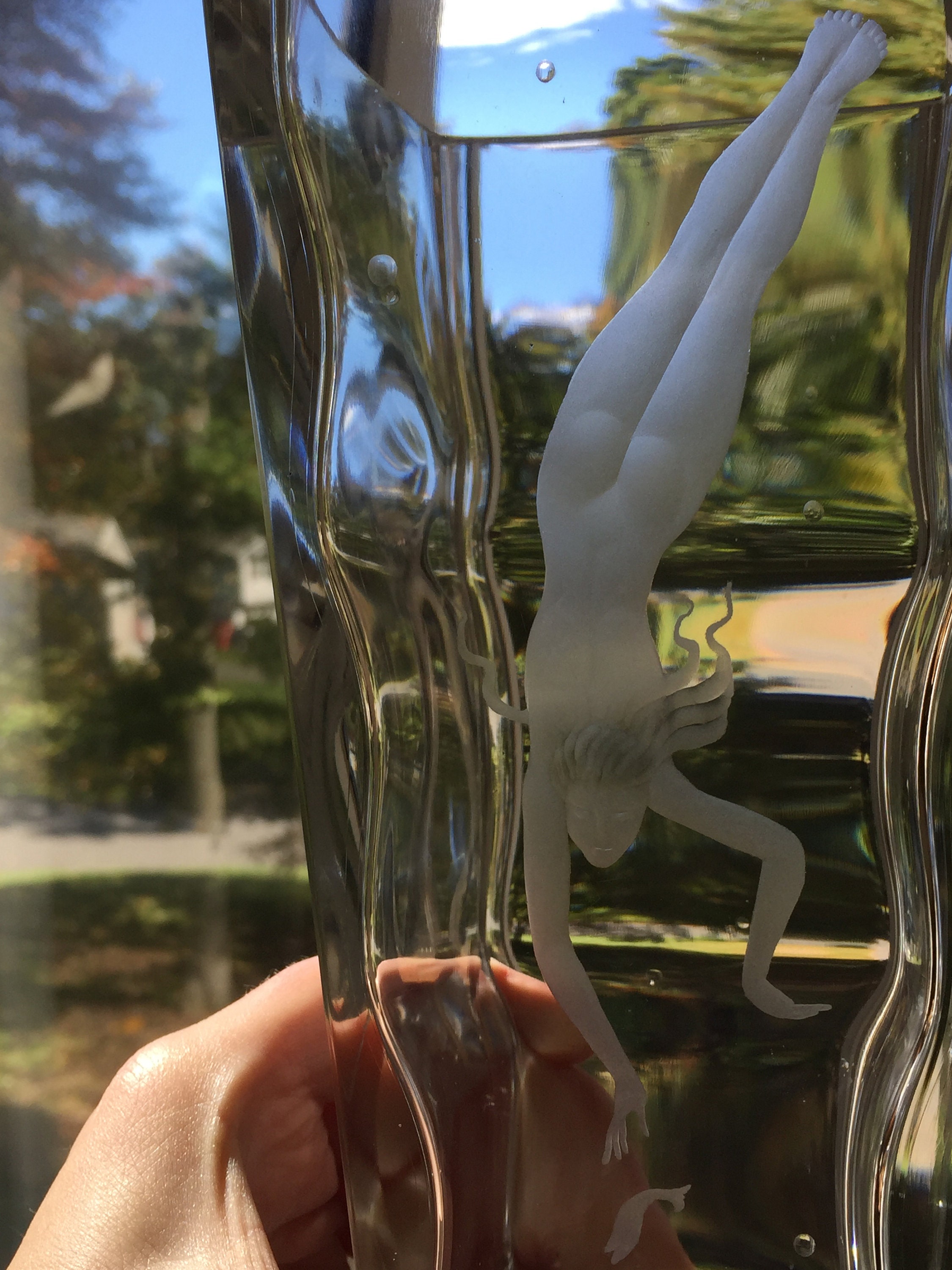 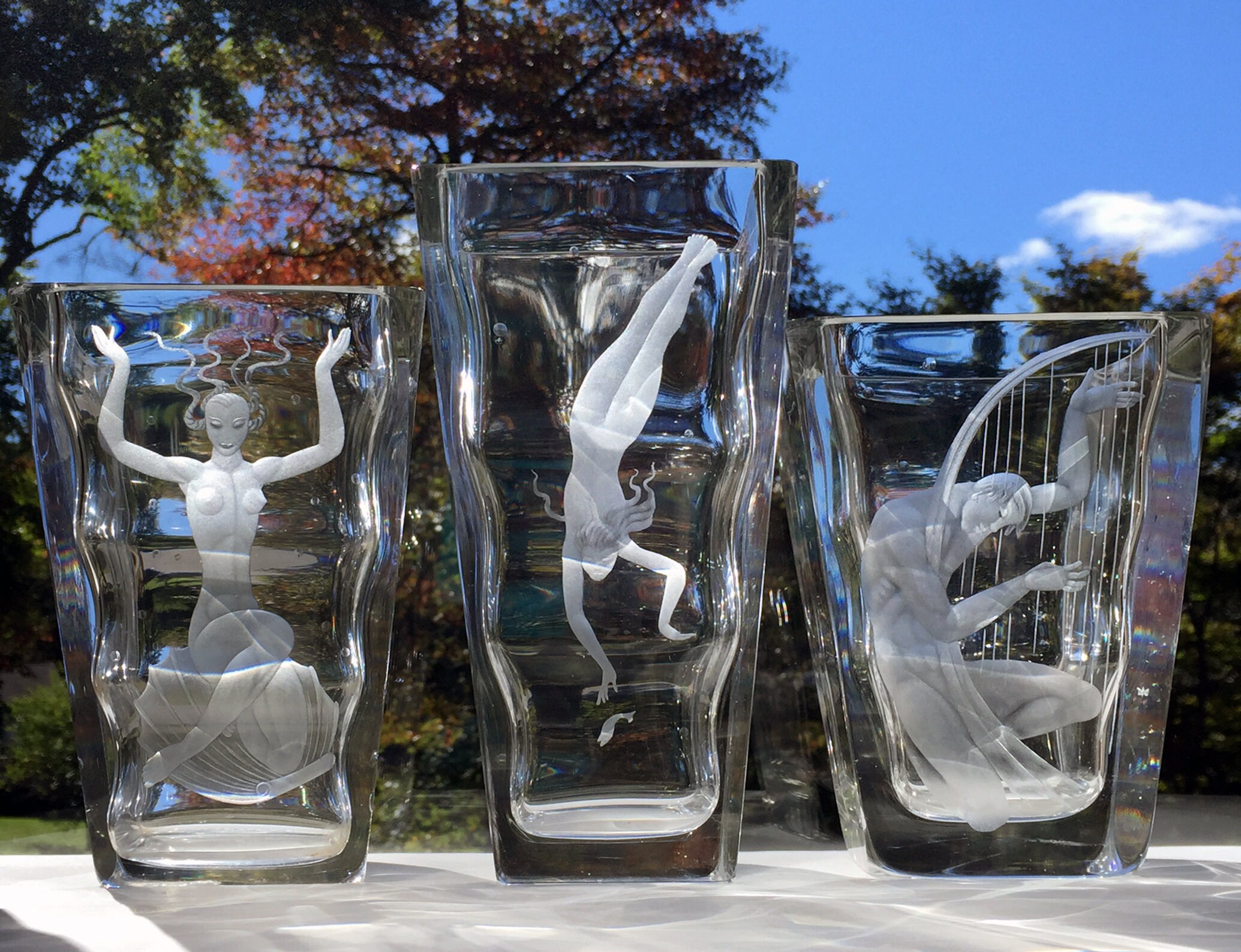 Two of the 20th century's greatest glass artists created this spectacular Swedish engraved crystal vase. This important piece was designed by Vicke Lindstrand in 1940/41 and engraved by Sven Palmqvist in 1946. The vase depicts a nude woman, diving down to catch a fish. Lindstrand first introduced this theme with his seminal 1931 design, Pärlfiskare, Pearl Fisher (also known as Pearl Diver - some Swedish friends in one of my FB glass groups are trying to work that one out). Lindstrand would go on to design several other water-dwellers, such as Orpheus, Aphrodite, and a variety of mermaids and water-skiers. A few other artists caught the wave, too.

Vicke Lindstrand (1904-1983) was born in Goteborg, Sweden, and started his career with Orrefors in 1928, where he remained until 1940. Between 1943 and 1950 he became creative leader at Uppsala Ekeby, where he designed many different stoneware objects ranging from pots to figural sculptures. In 1950 he joined Kosta Glasbruk as artistic director. He was the dominant designer until his retirement in 1973, lending his name to many now classic designs. As a glass designer, textile and ceramic designer, and painter, he is considered a pioneer of Swedish art. (He is also my favorite Swedish artist, and the one whose work I collect most.)

Orrefors employed master artists and craftsmen, some of whom worked their whole careers of 40, 50, or more years with the company. Sven Palmqvist (1906-1984) was born in the glass district of southern Sweden and he also started at Orrefors in 1928, as an engraver. By 1940, he was working as a designer, and he remained in that position until 1972. In those years, he designed hundreds of engraved glass motifs.

This vase is a beautiful showpiece and a true relic of Swedish glass history. It is in nearly perfect condition, with only a small abrasion near the rim. Palmqvist carved the bubbles in the design over bubbles in the glass, assumedly to help hide them. It's a prize-winning piece, for sure.