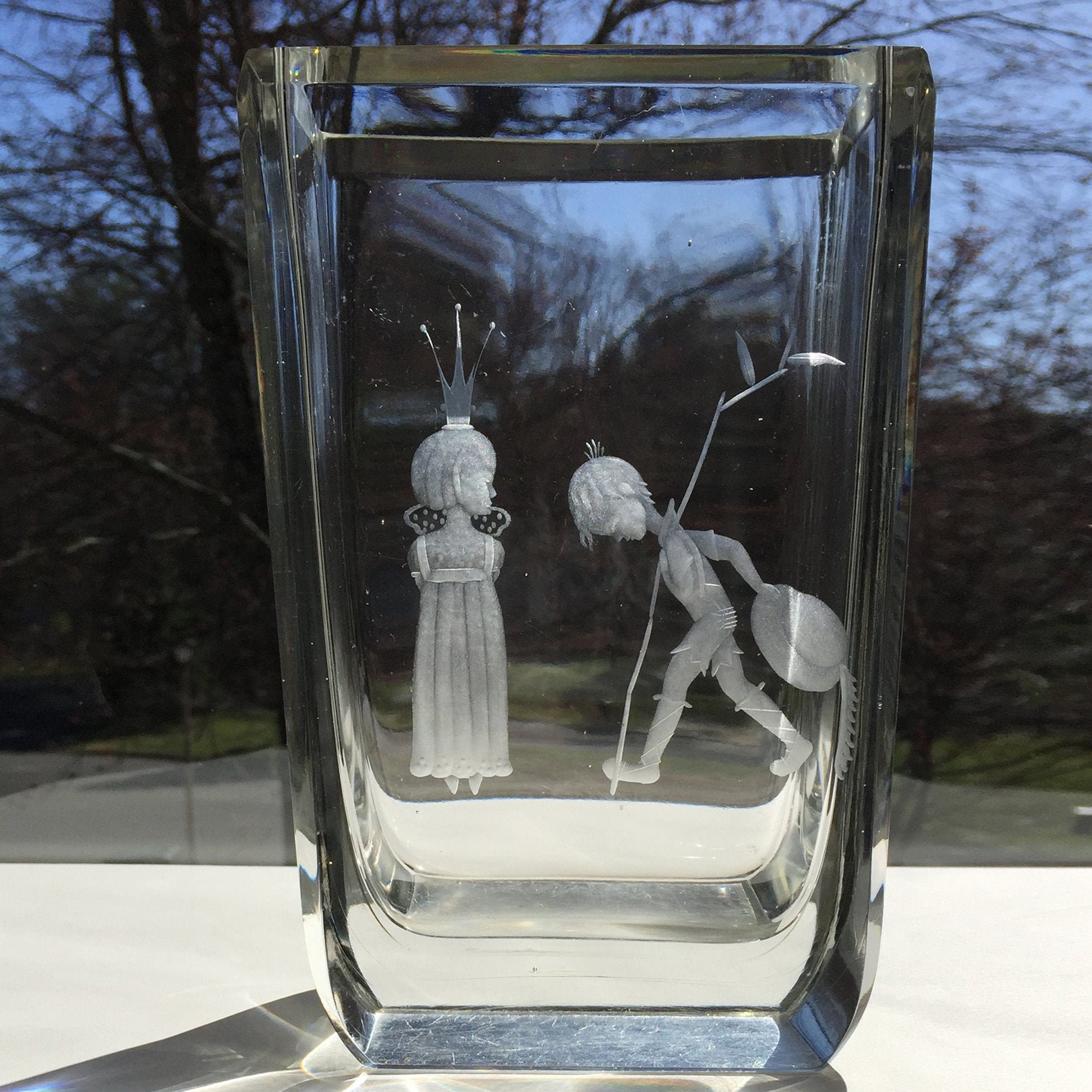 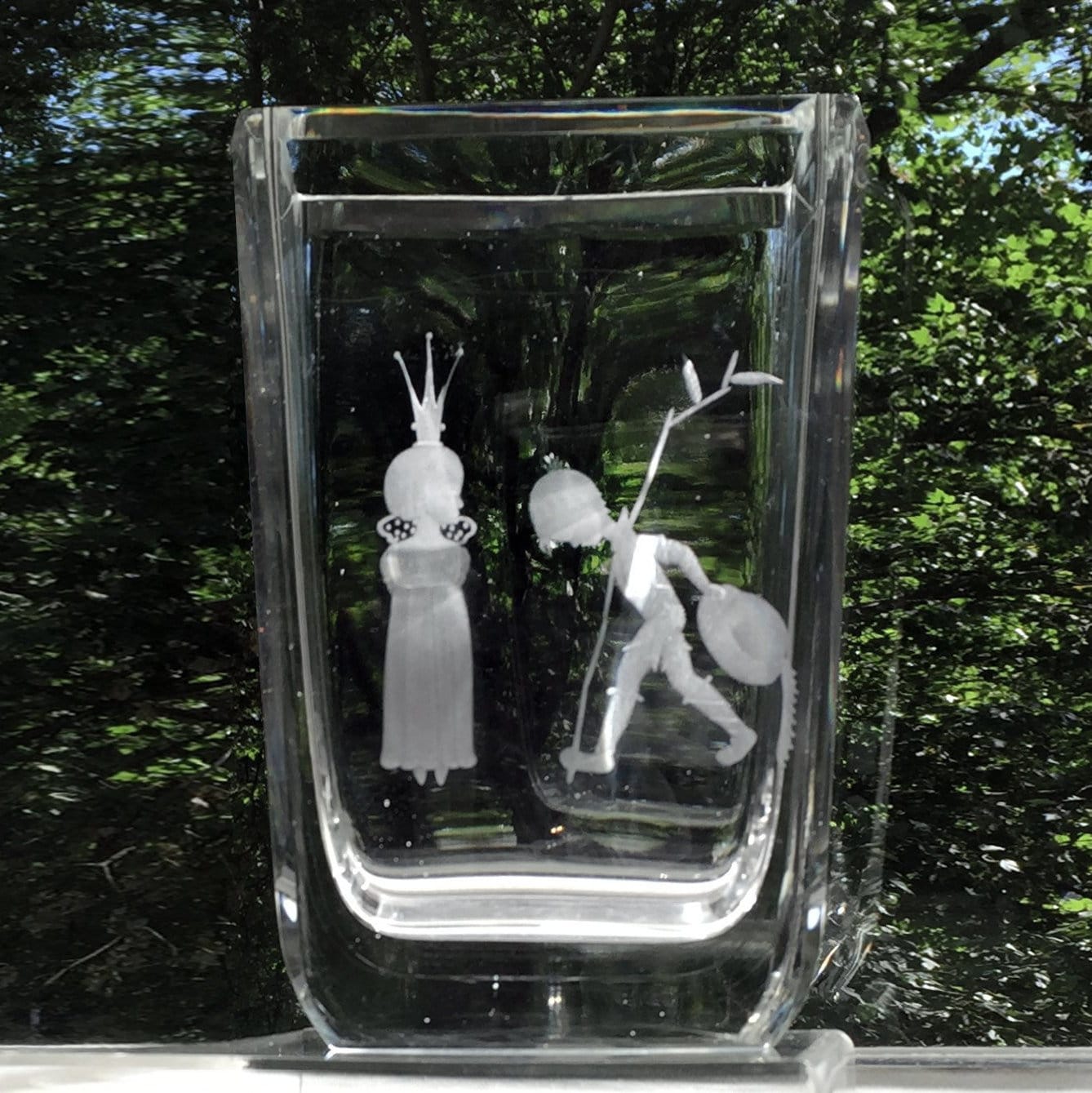 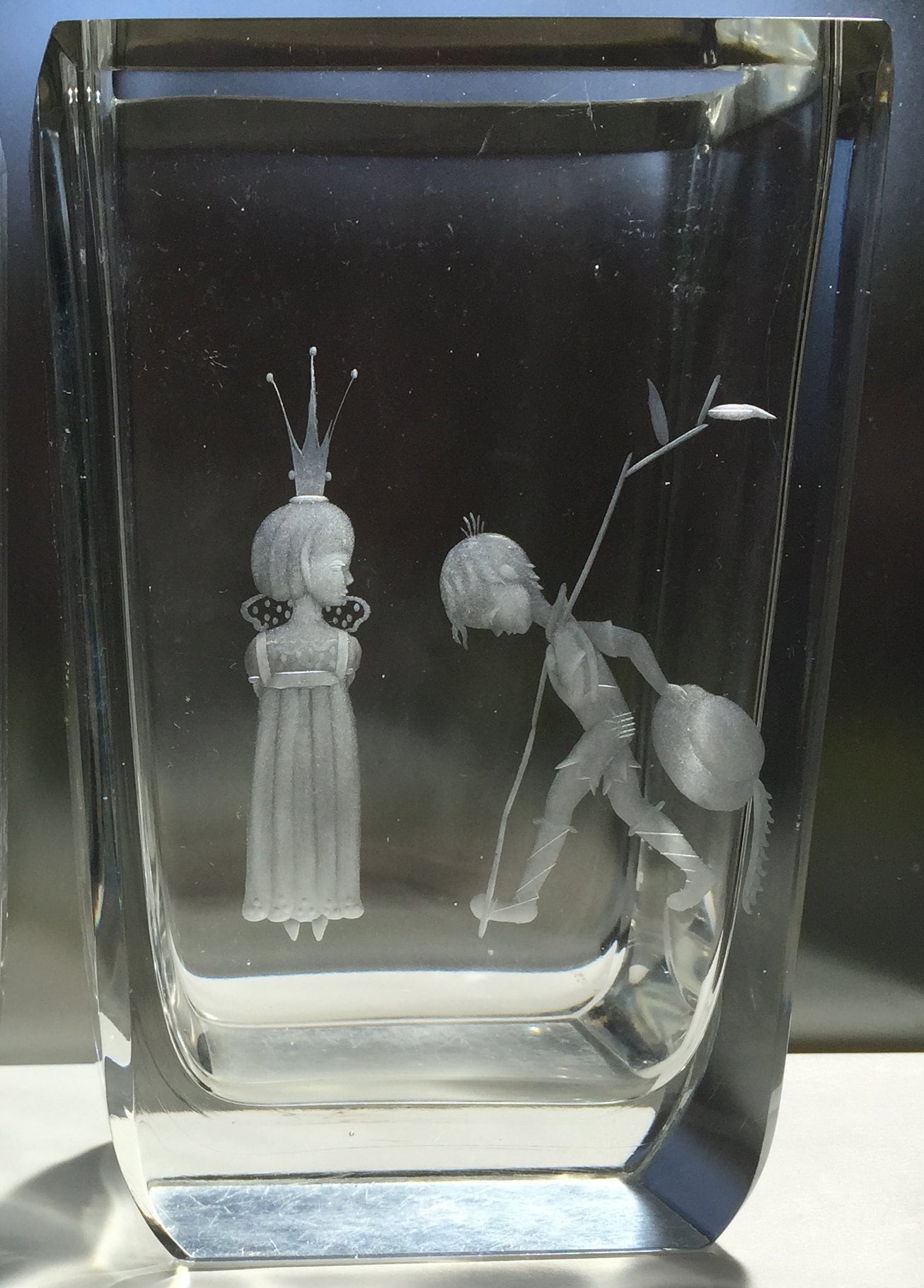 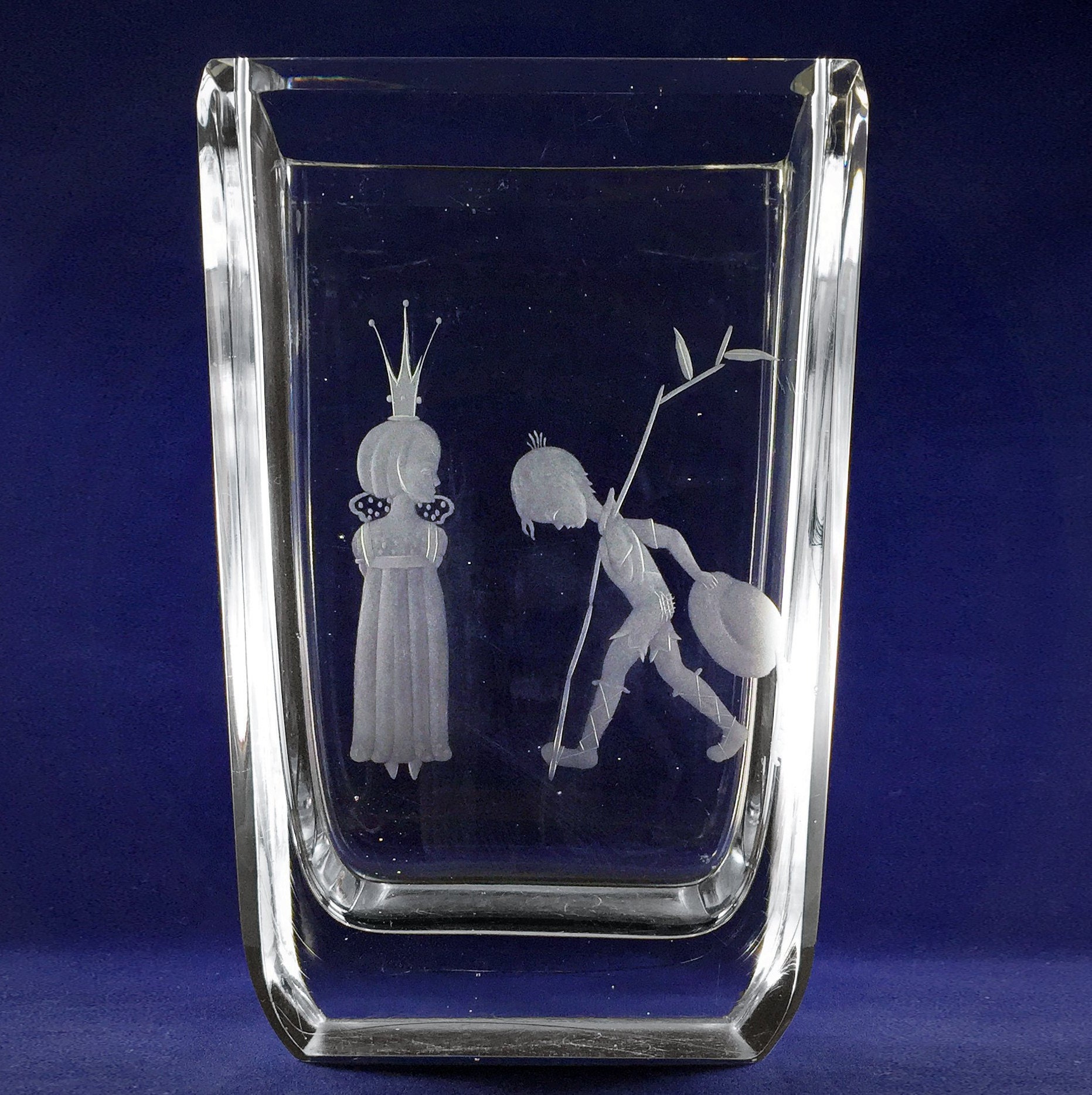 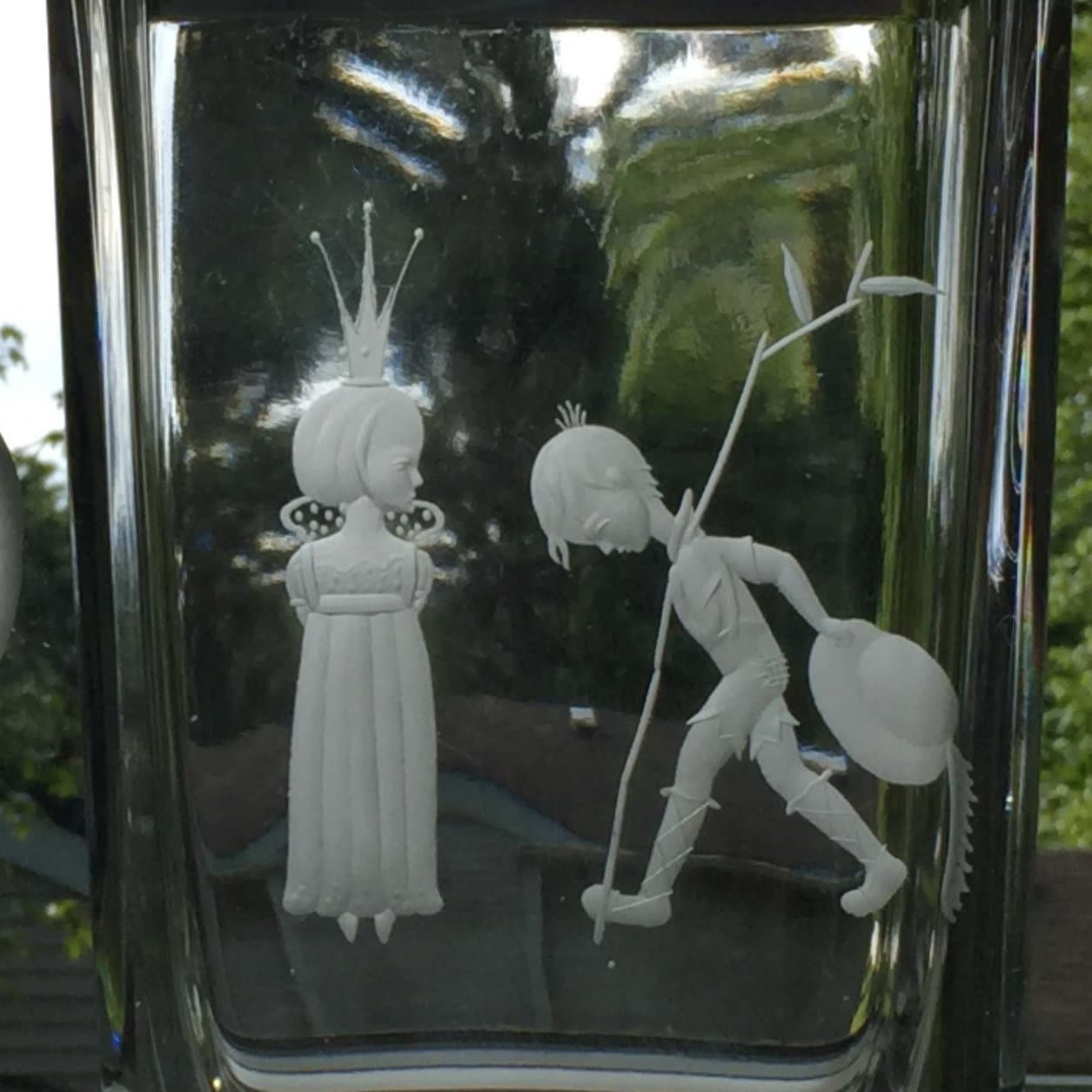 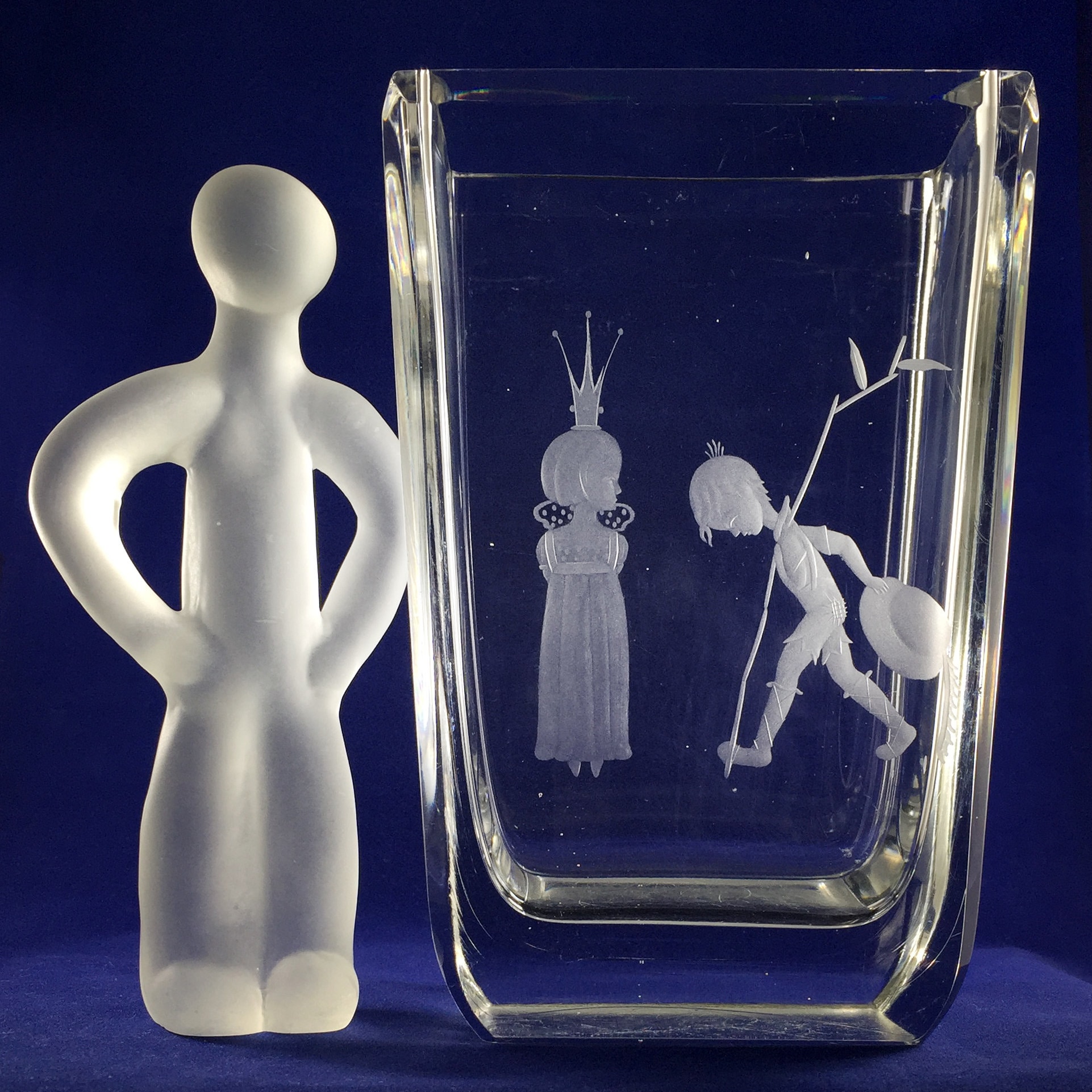 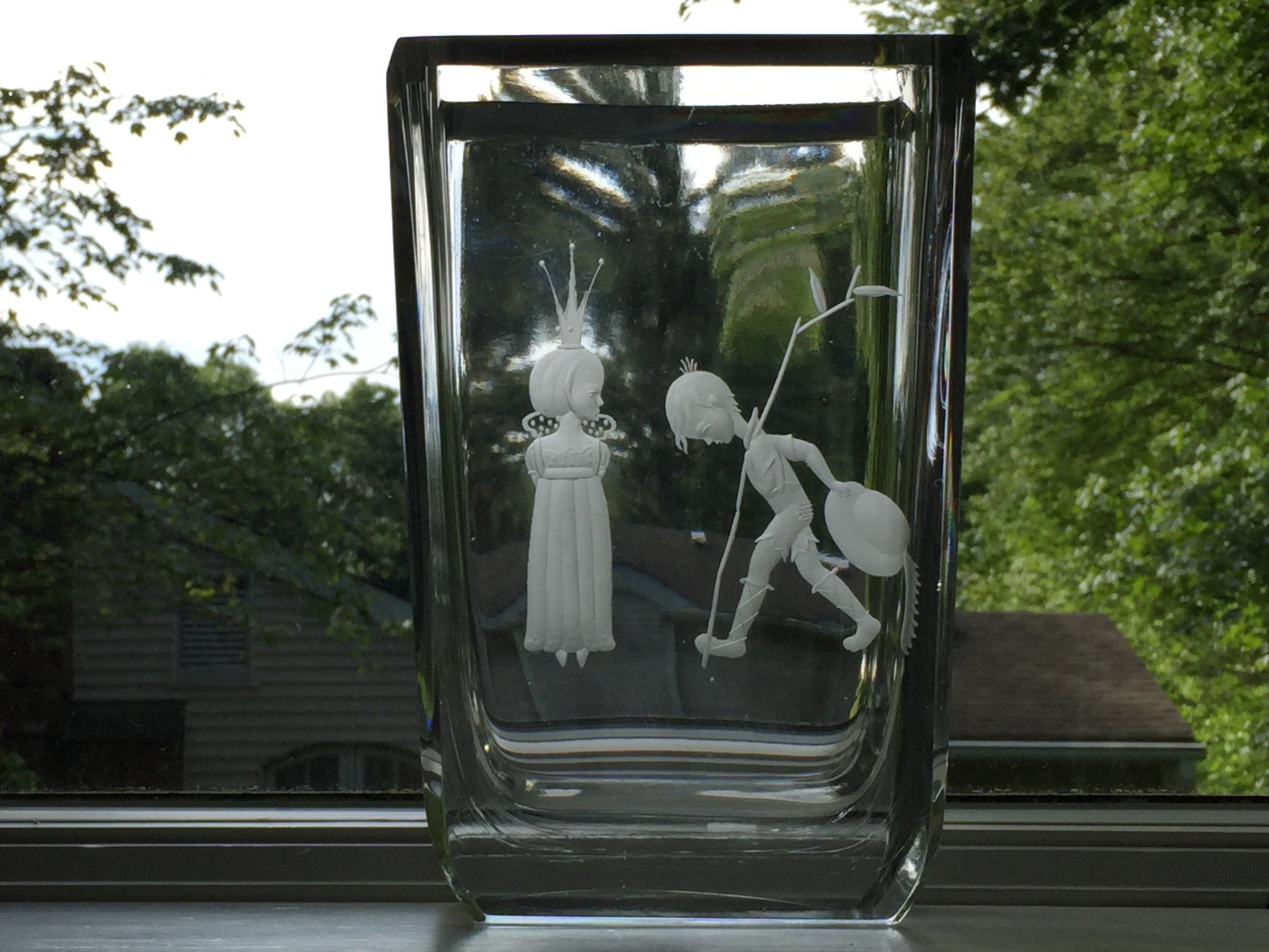 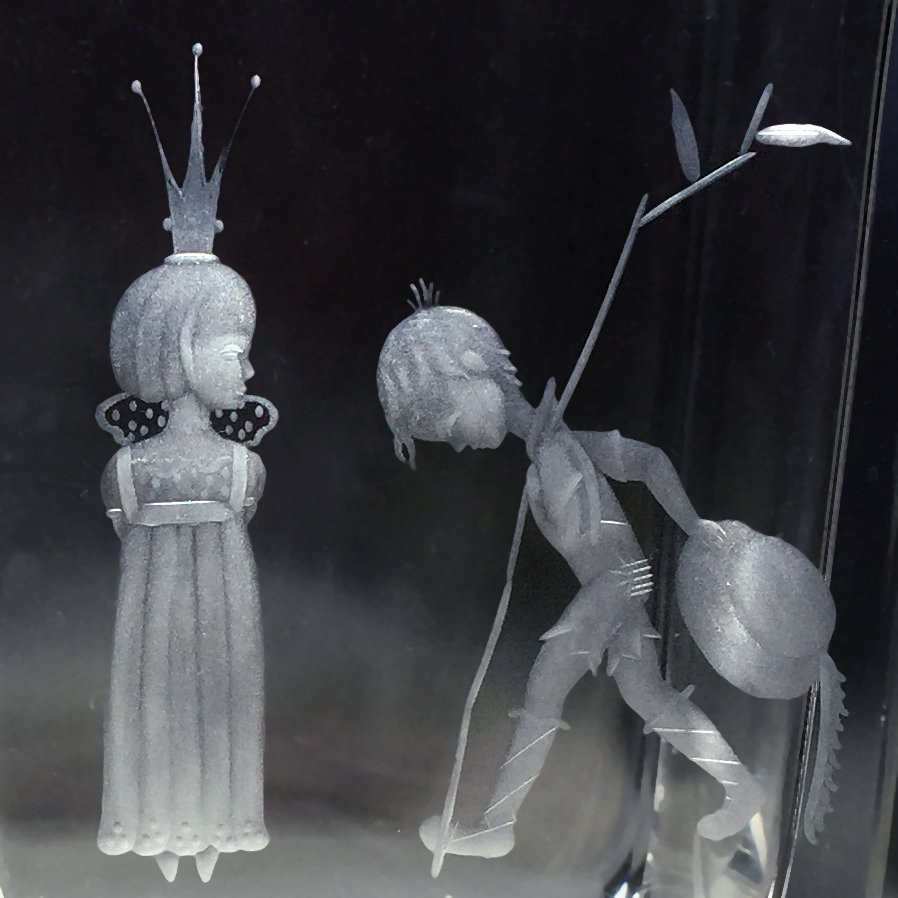 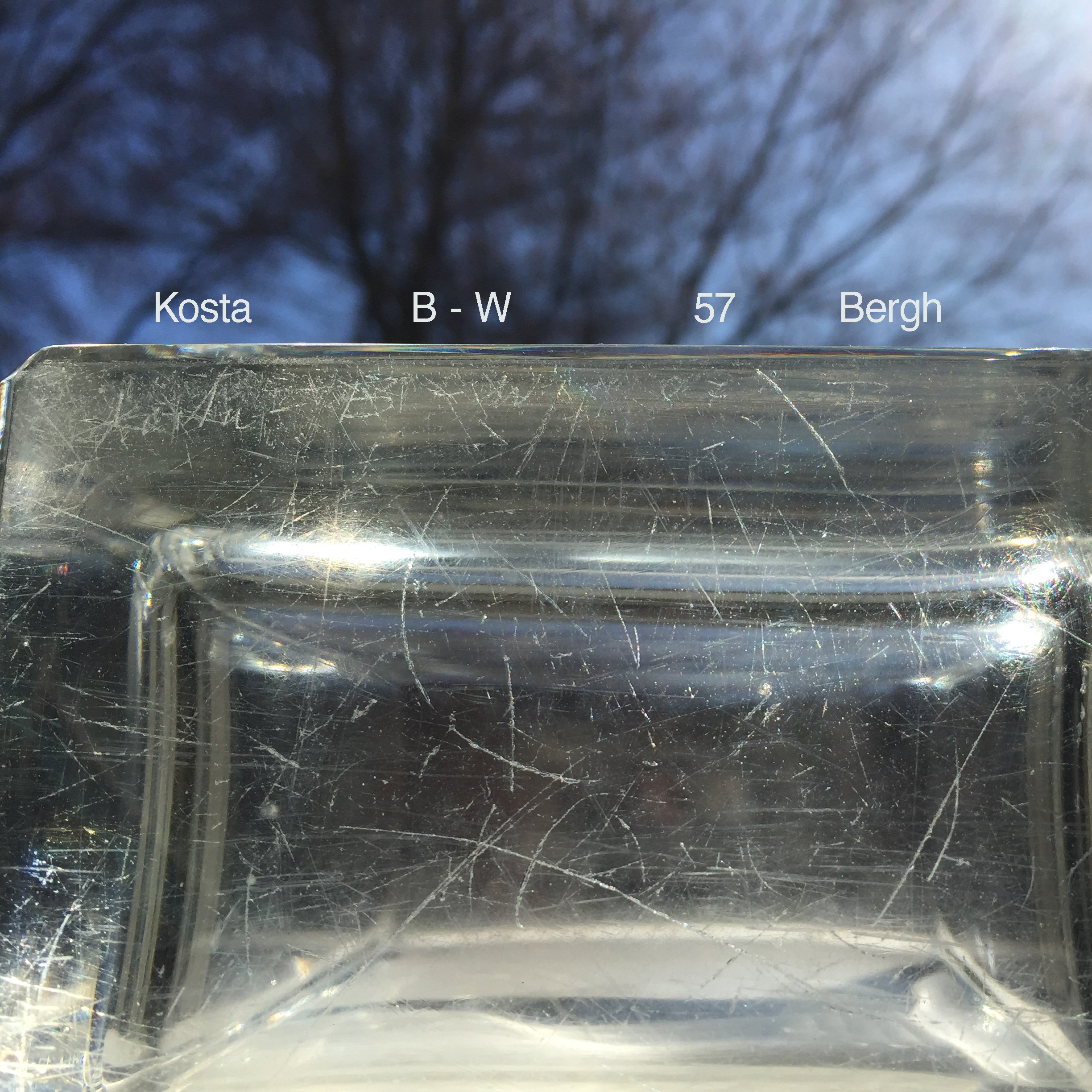 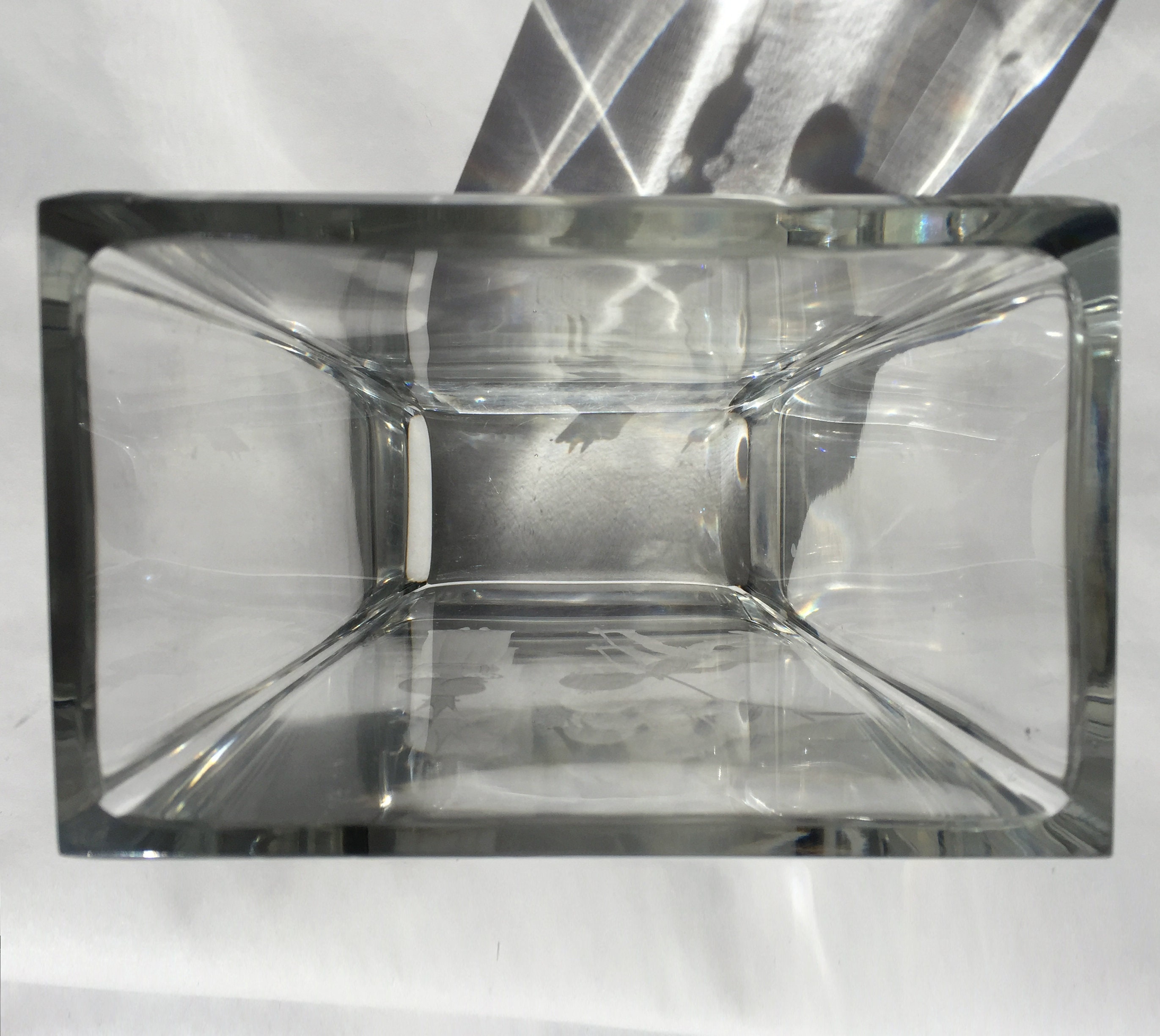 This gorgeous vase likely depicts the hero and heroine of the Swedish folktale, the Princess and the Glass Mountain. I just learned that the B-W means it comes from a series of Bergh's work based on illustrations by artist Gunnar Widholm.

Between 1928 and 1950, Elis Bergh was the artistic leader of Kosta glass mill . After 1950 until his death in 1954 he appeared as a consultant to Kosta. He came to Kosta through an architectural assignment for which he was to carry out an interior assignment on the mill. In 1928 he was called back to draw lighting fixtures, an area in which he considered was an authority.

As an artistic director he stood for the graceful yet modern design that characterized Kosta's production during the interwar period.