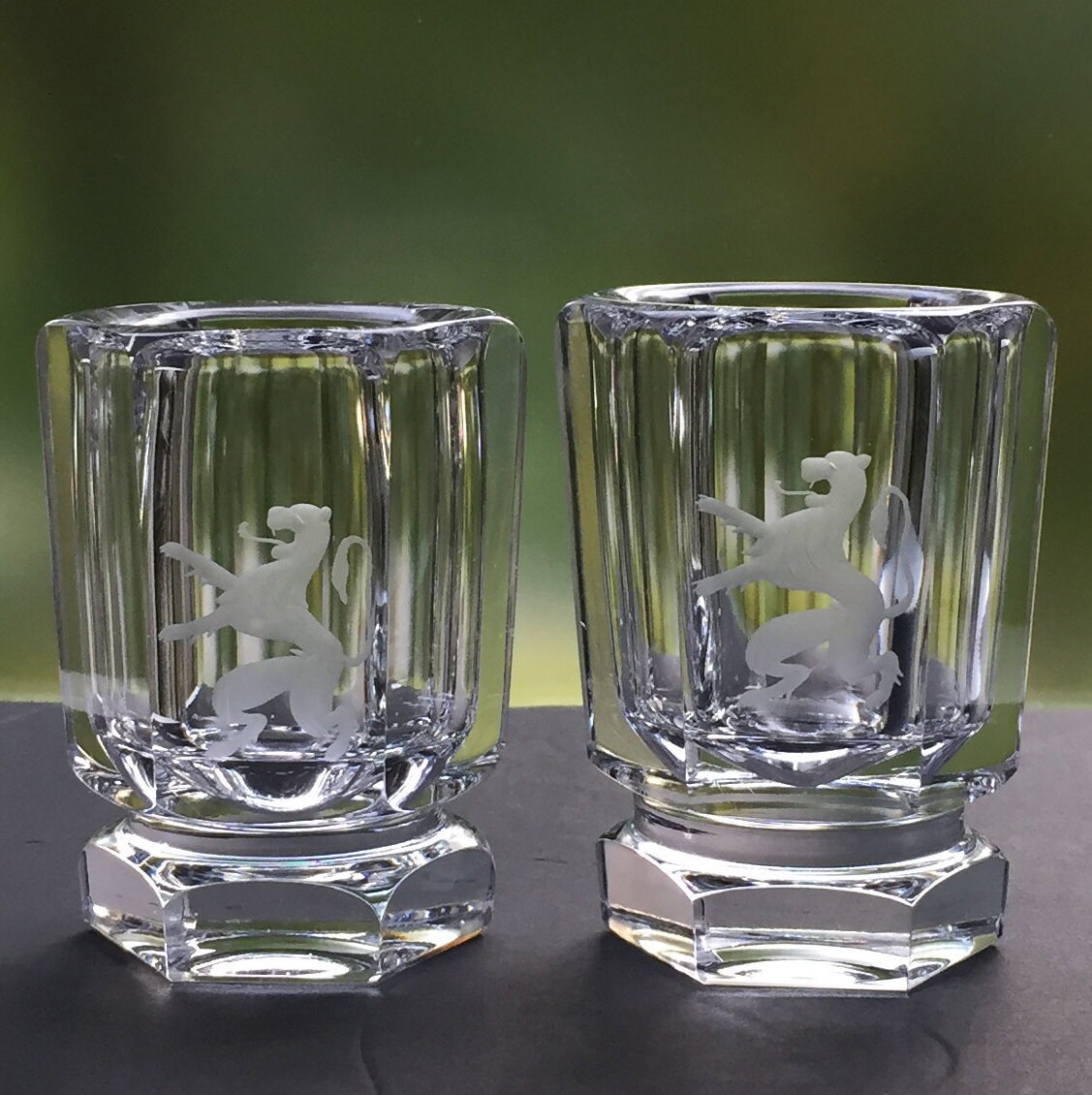 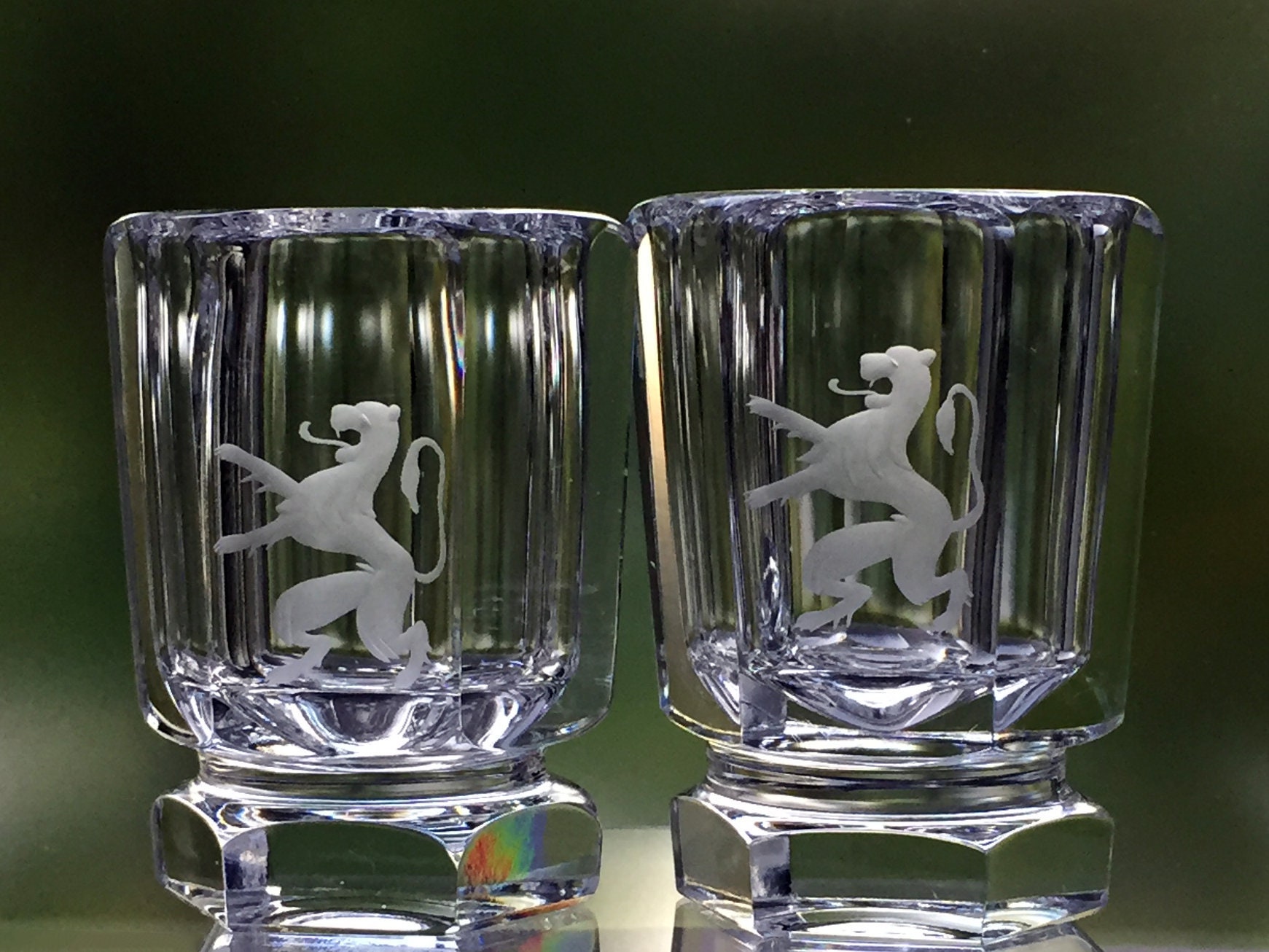 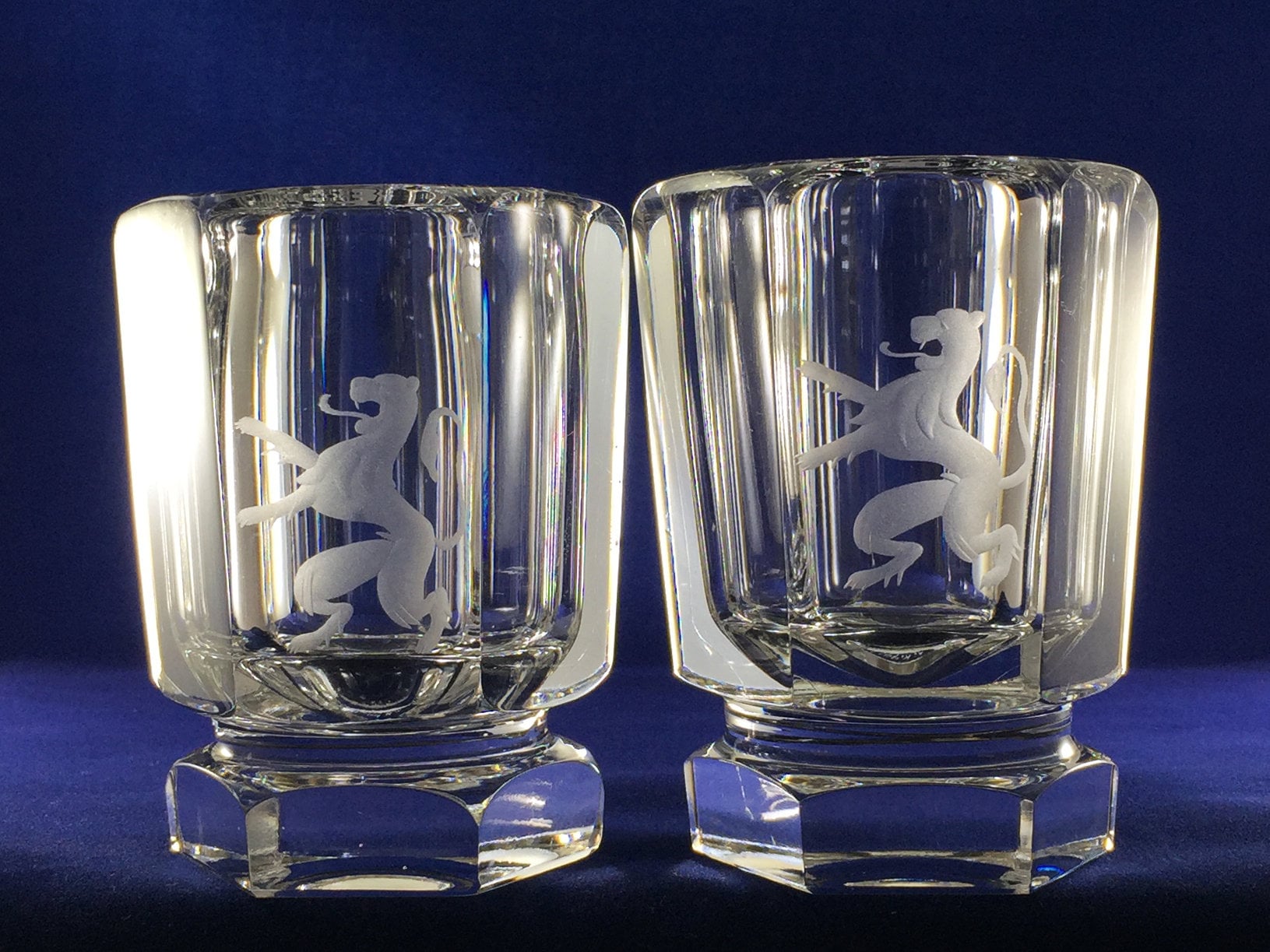 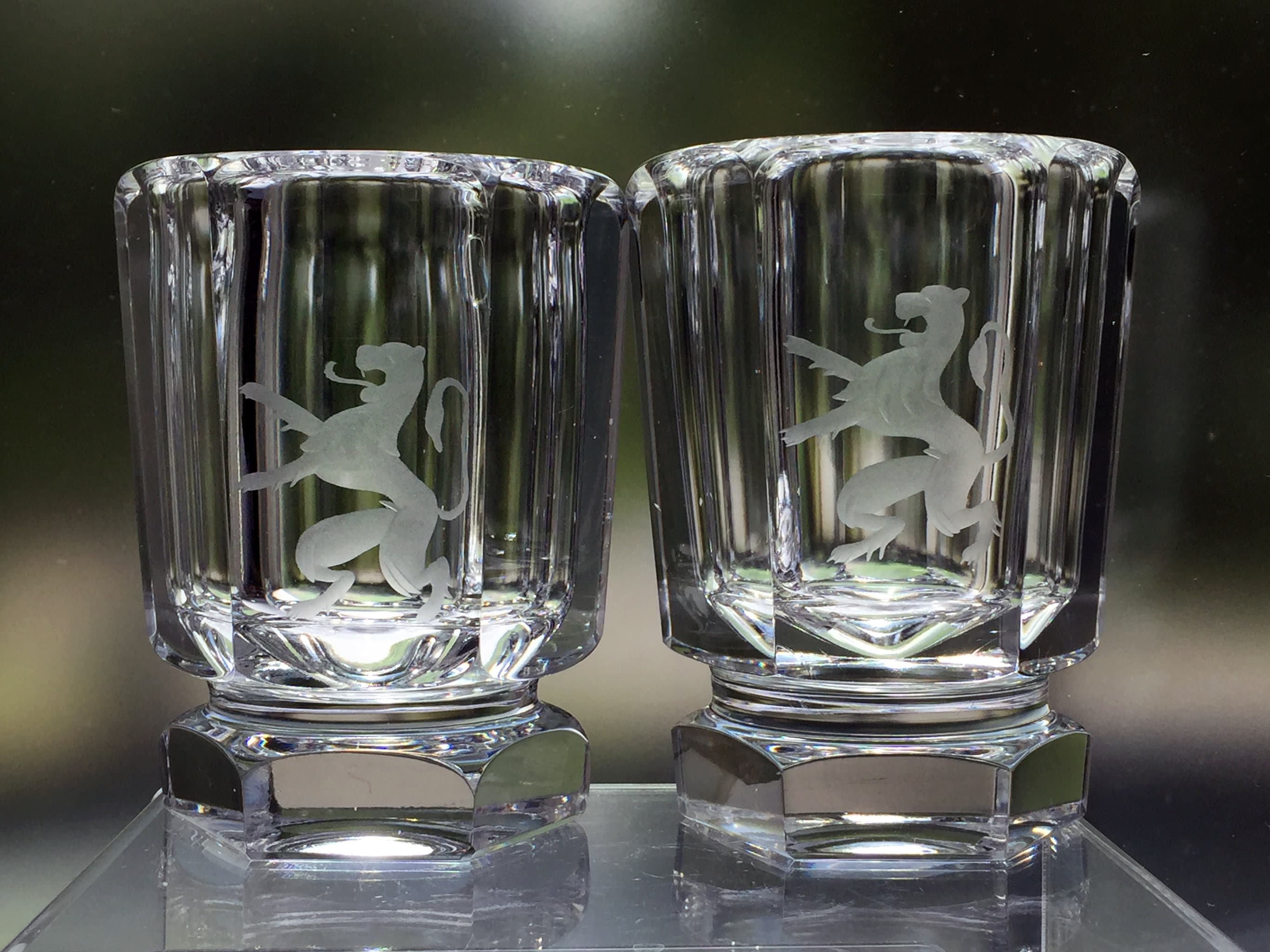 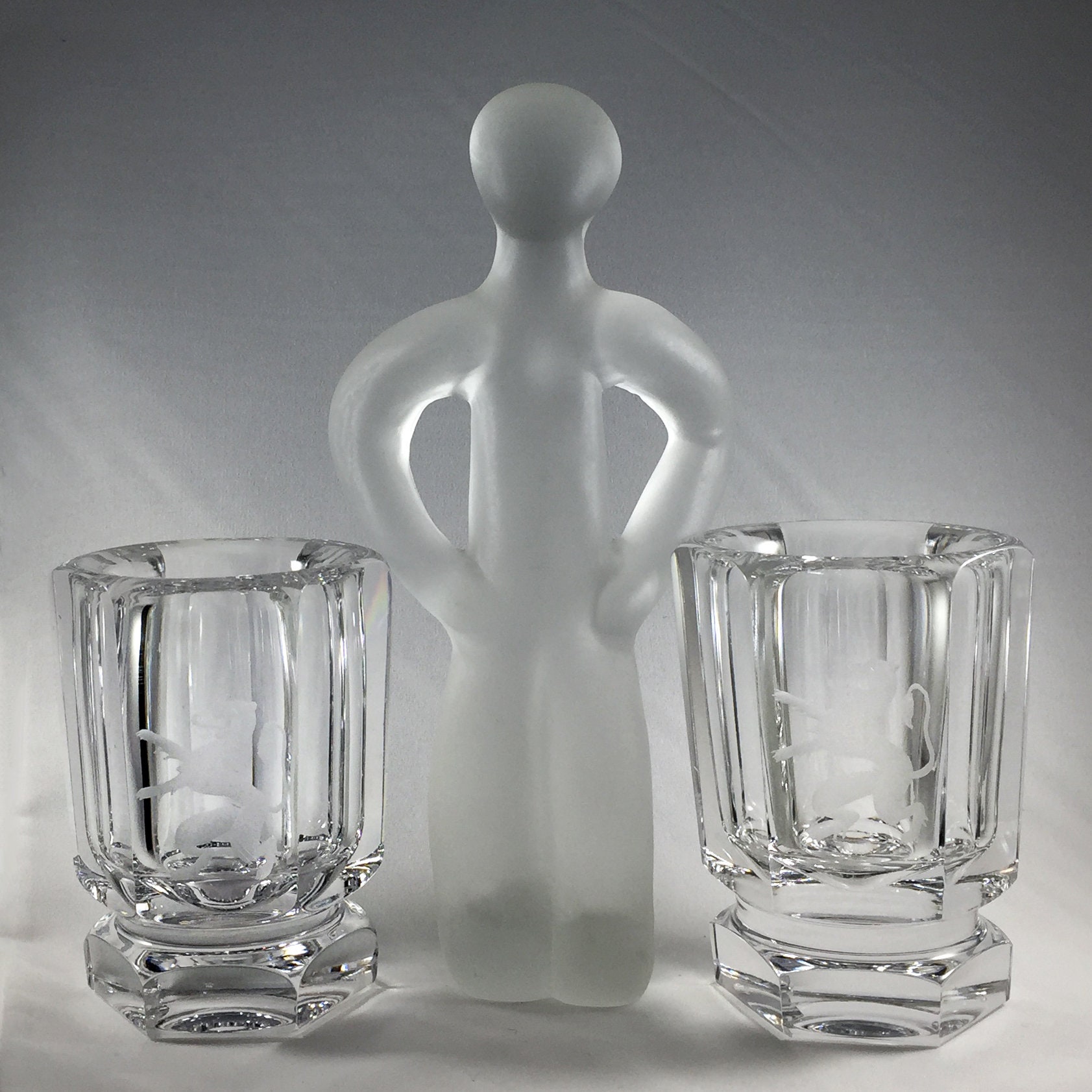 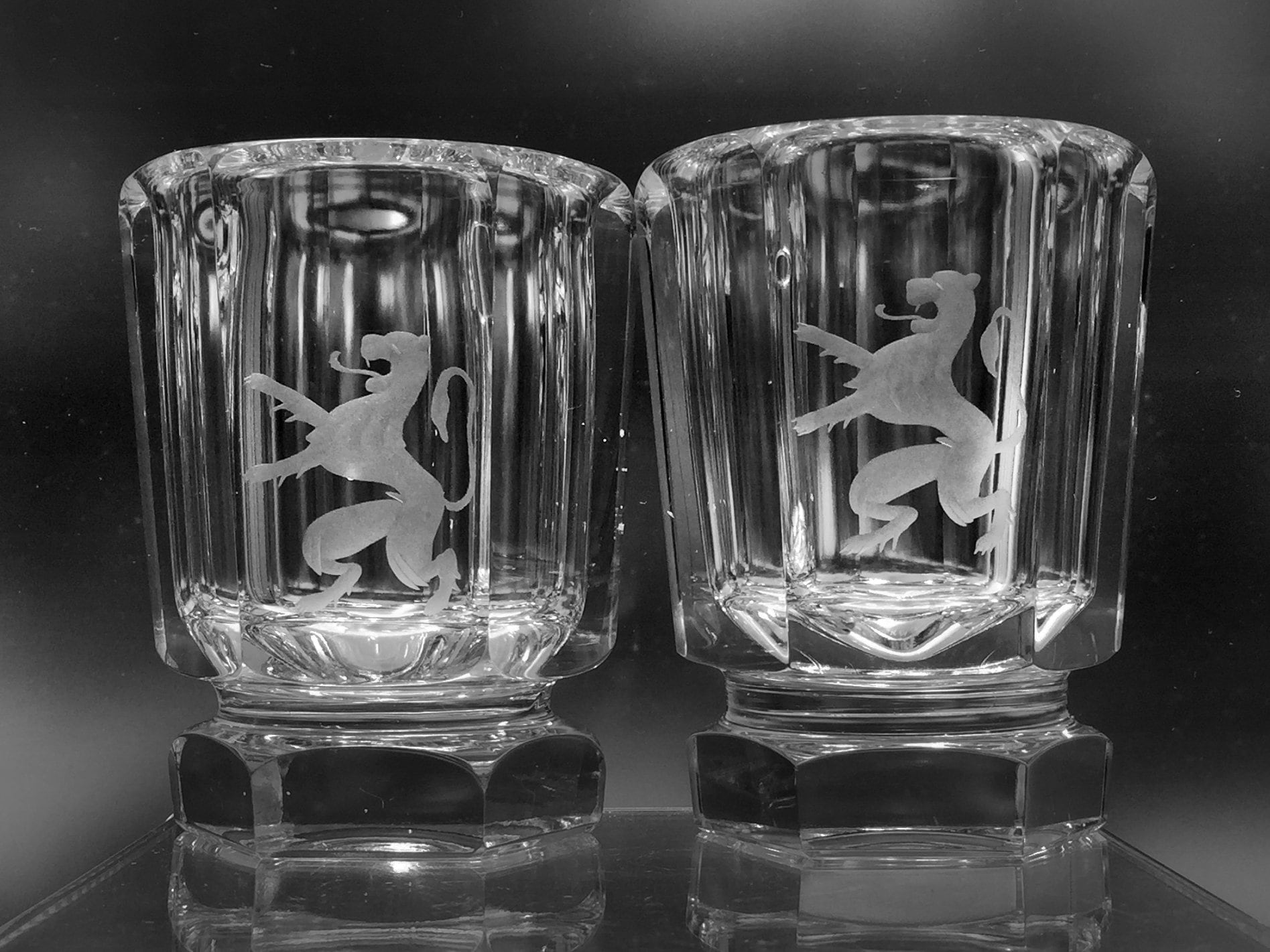 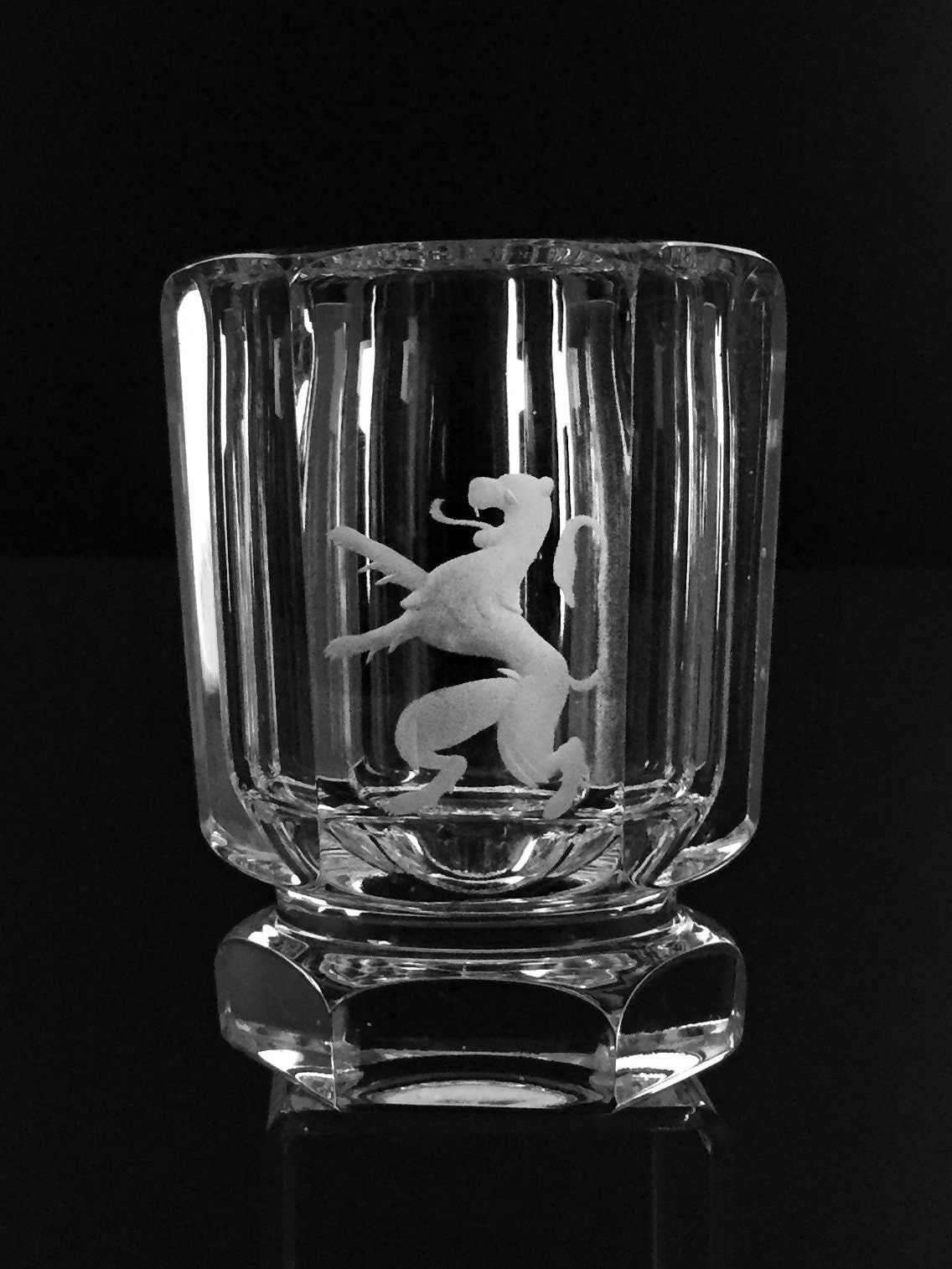 The design of this nearly matched pair of copper wheel engraved hexagonal urns or vases dates from the 1940's. The lion, a common charge in heraldry, traditionally symbolizes courage, nobility, royalty, strength, stateliness, and valor, because historically it has been regarded as the "king of beasts". Lion refers also to a Judeo-Christian symbolism. A "lion rampant" is shown in profile (seen from the left side) standing upright with forepaws raised.

Between 1928 and 1950, Elis Bergh was the artistic leader of Kosta glass mill in Sweden. After 1950 until his death in 1954 he appeared as a consultant to Kosta. As an artistic director he stood for the graceful yet modern design that characterized Kosta's production during the interwar period.