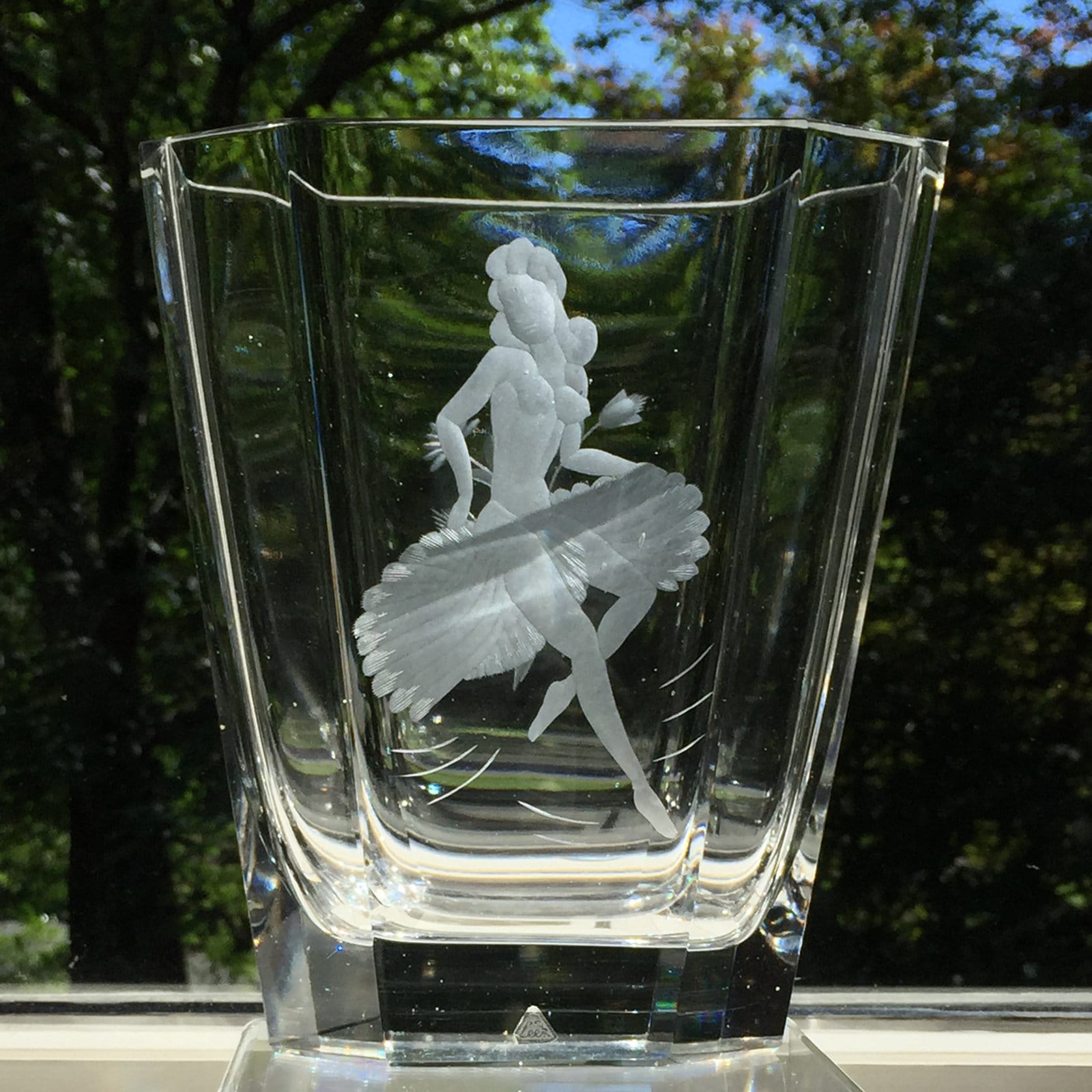 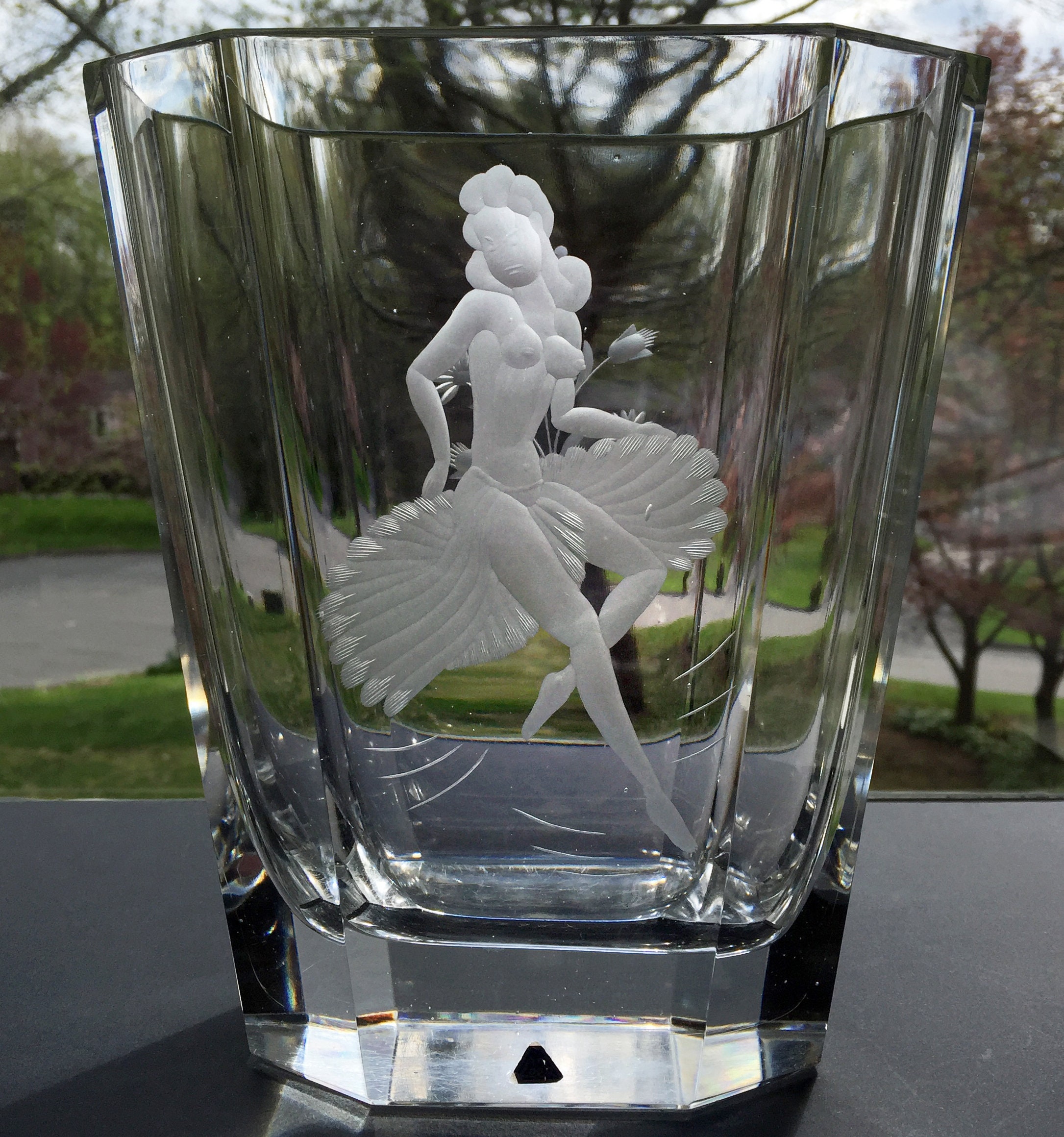 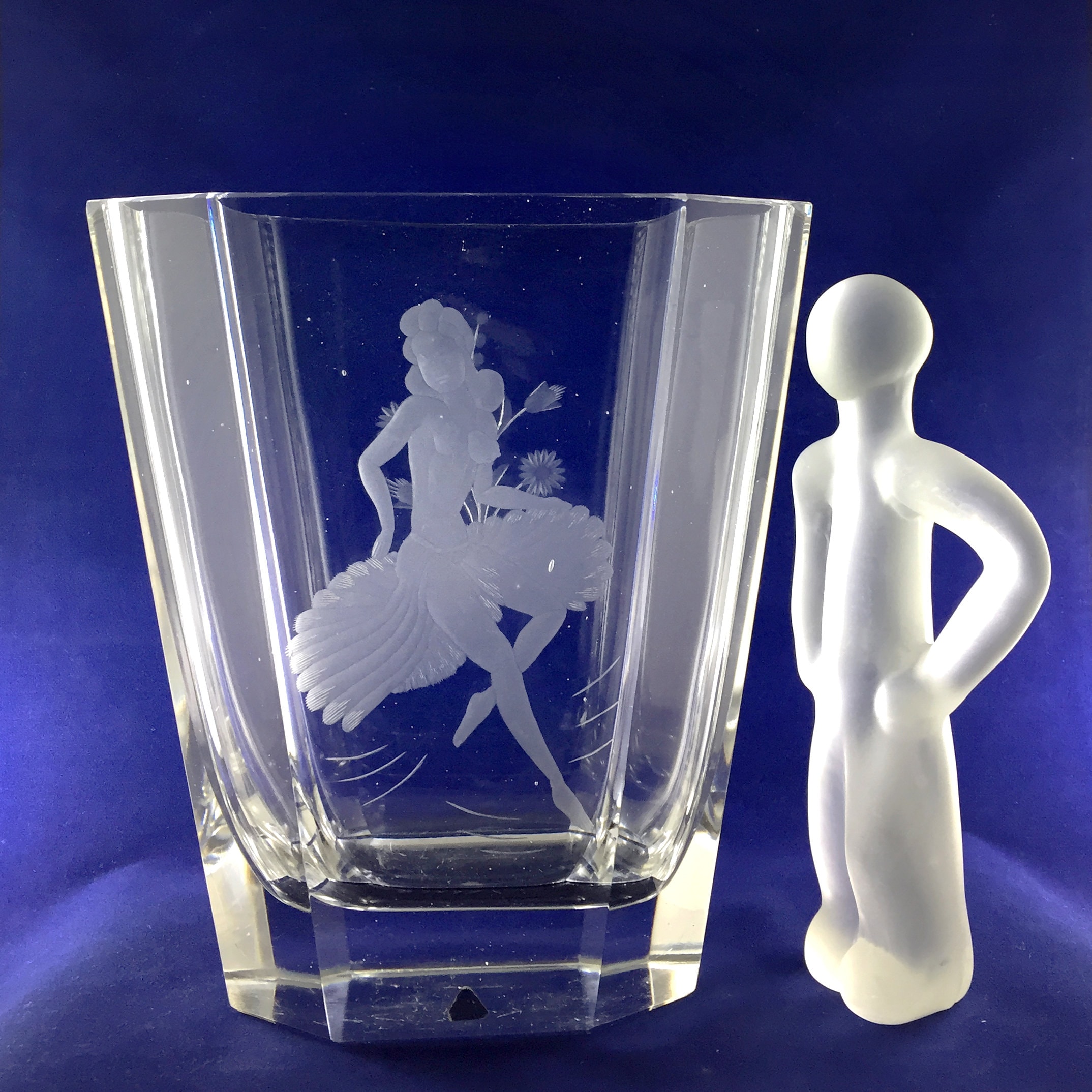 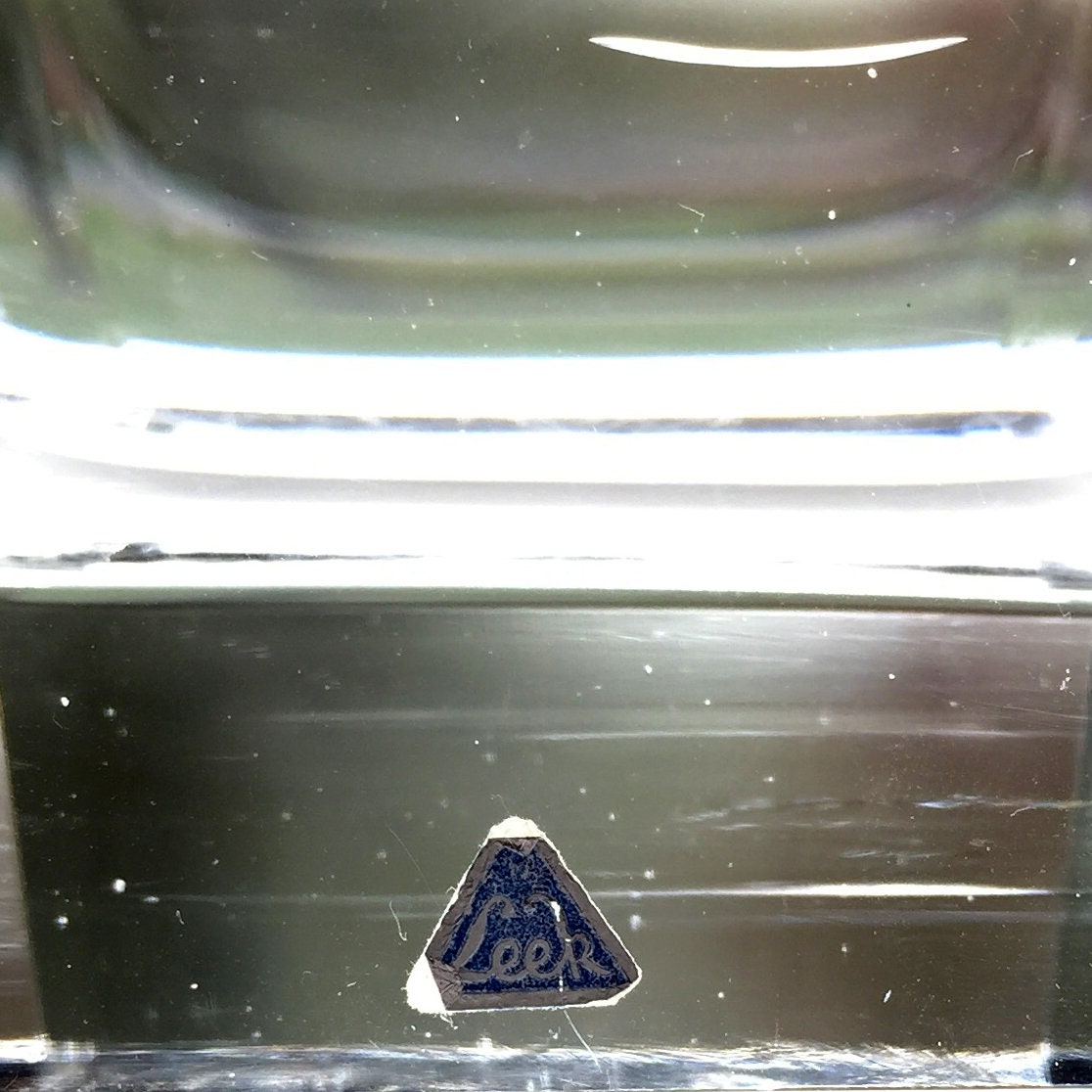 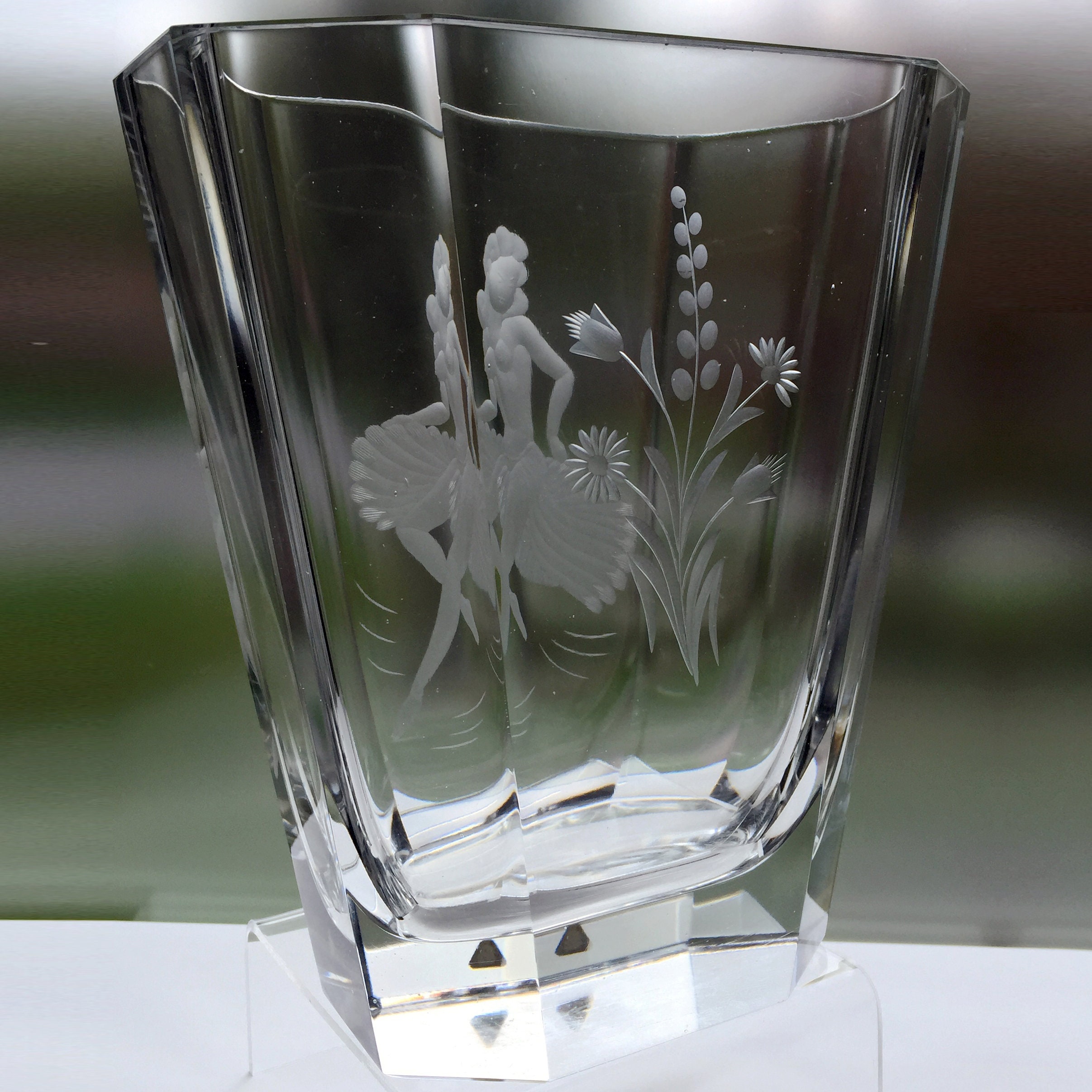 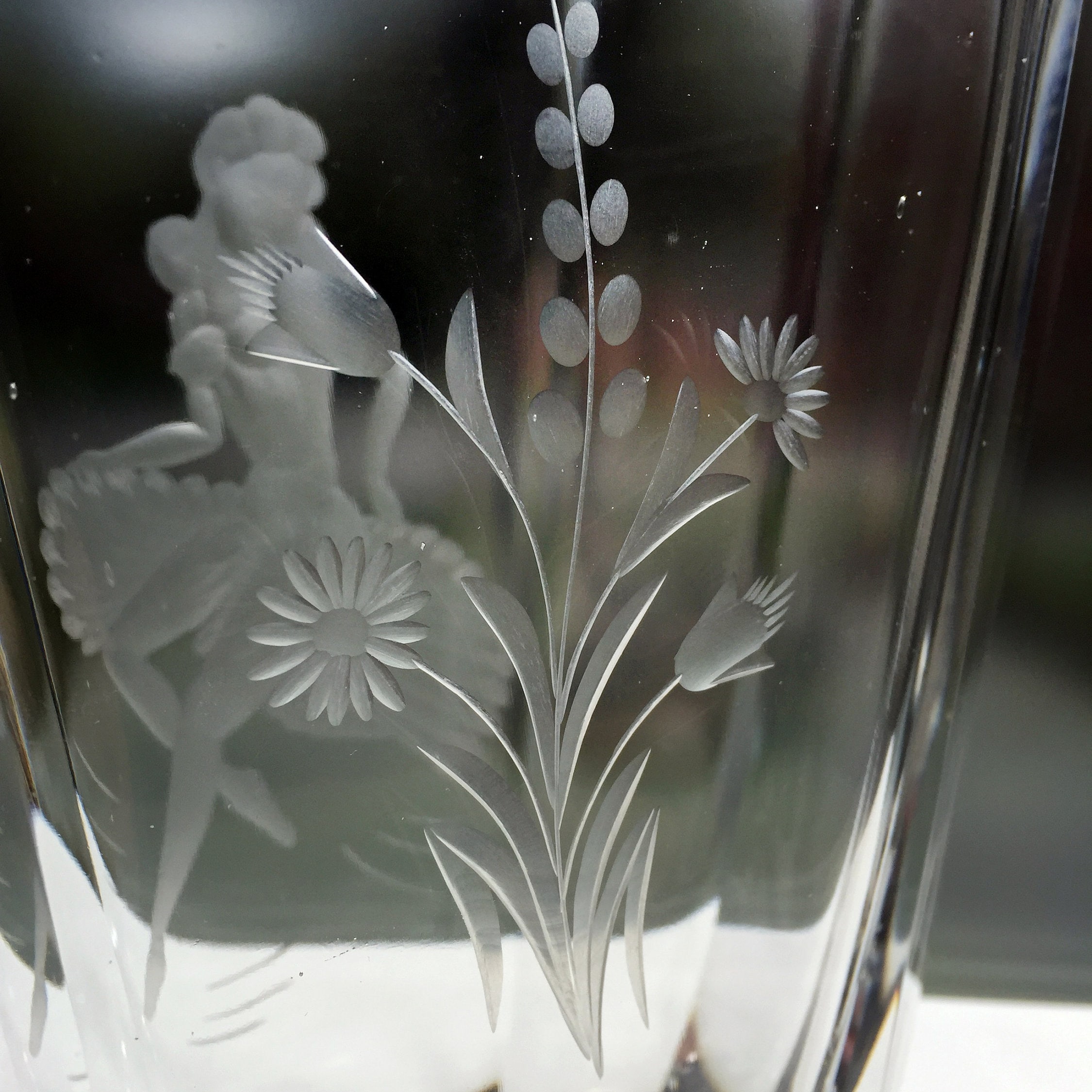 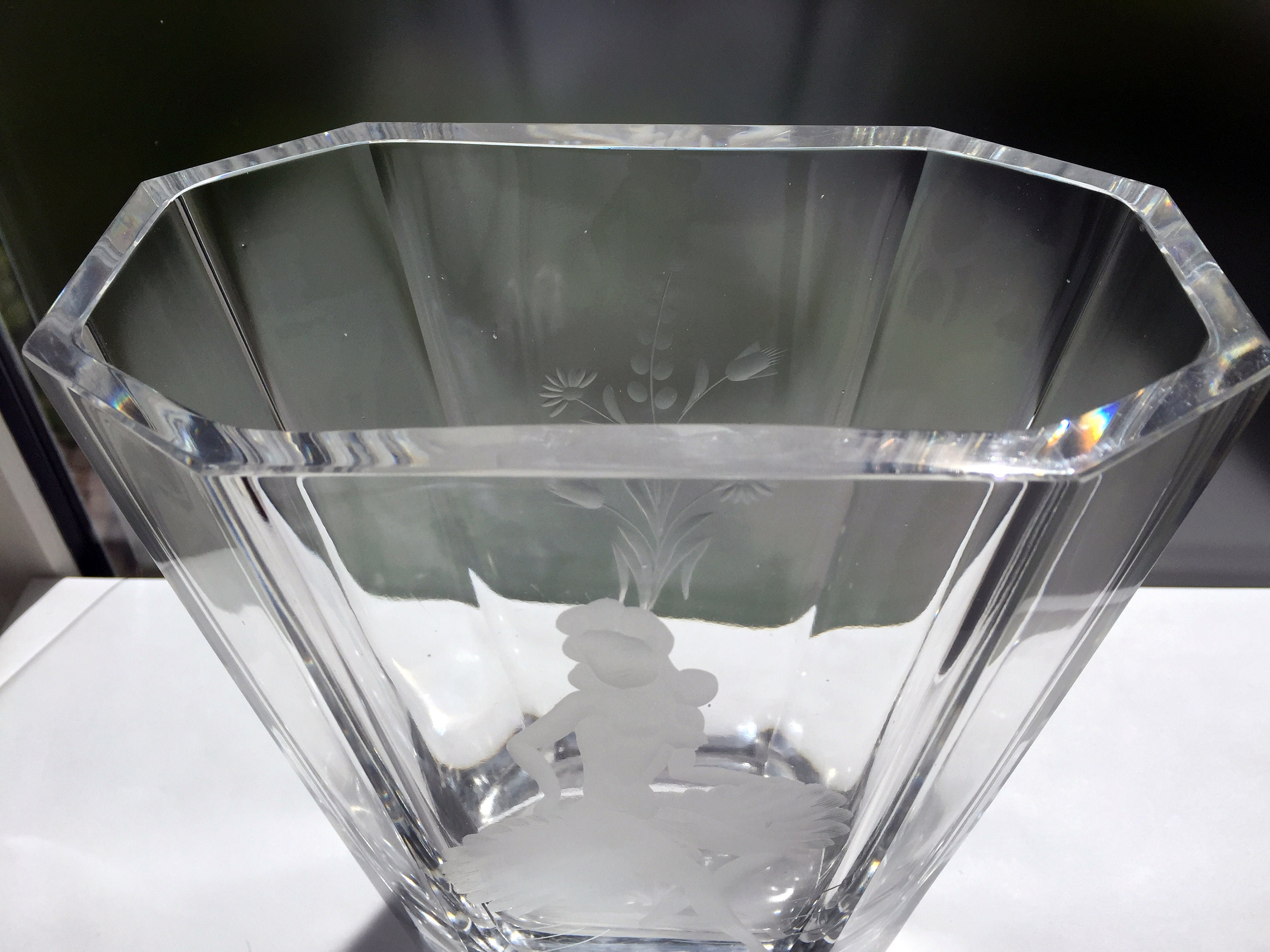 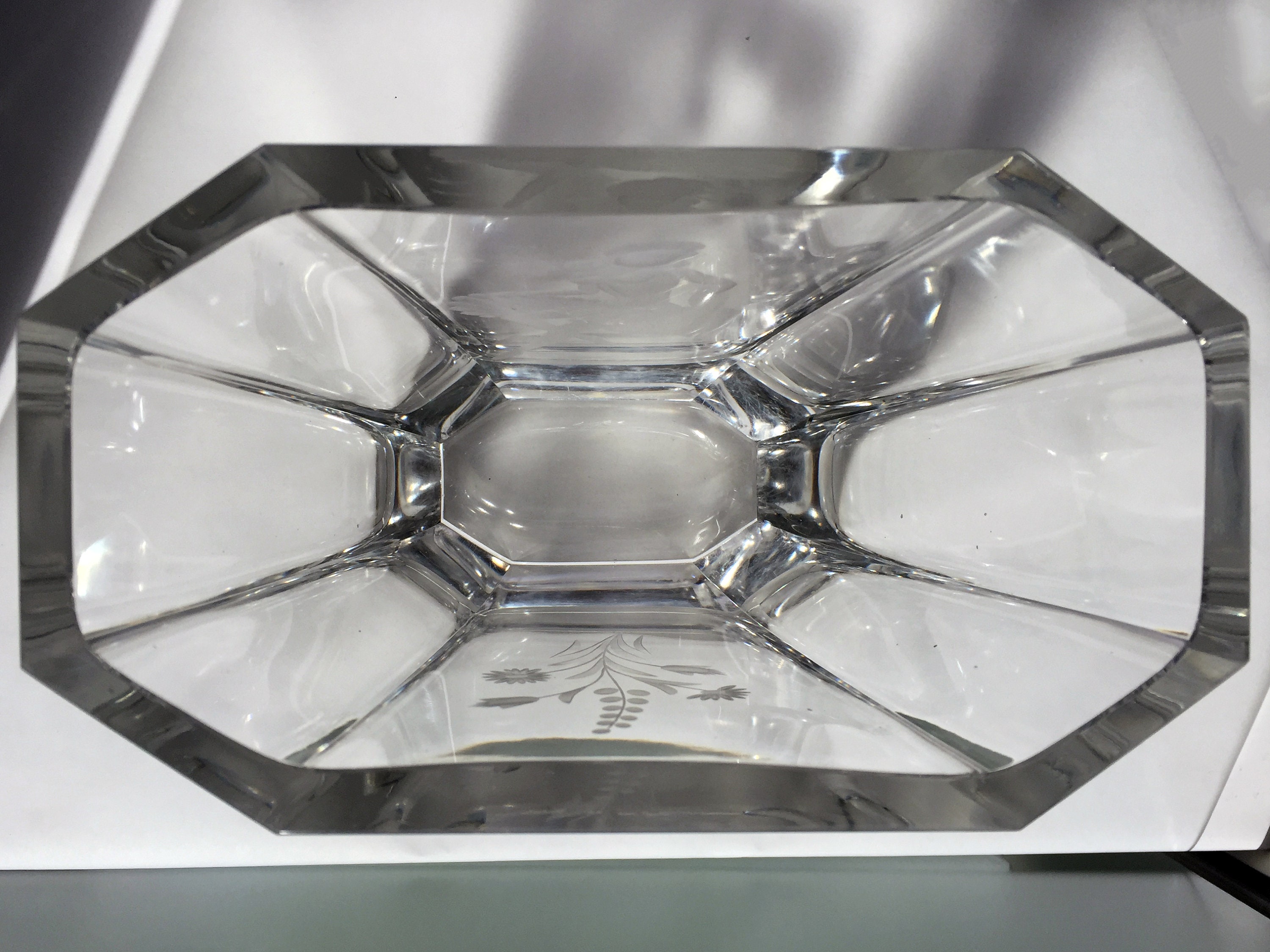 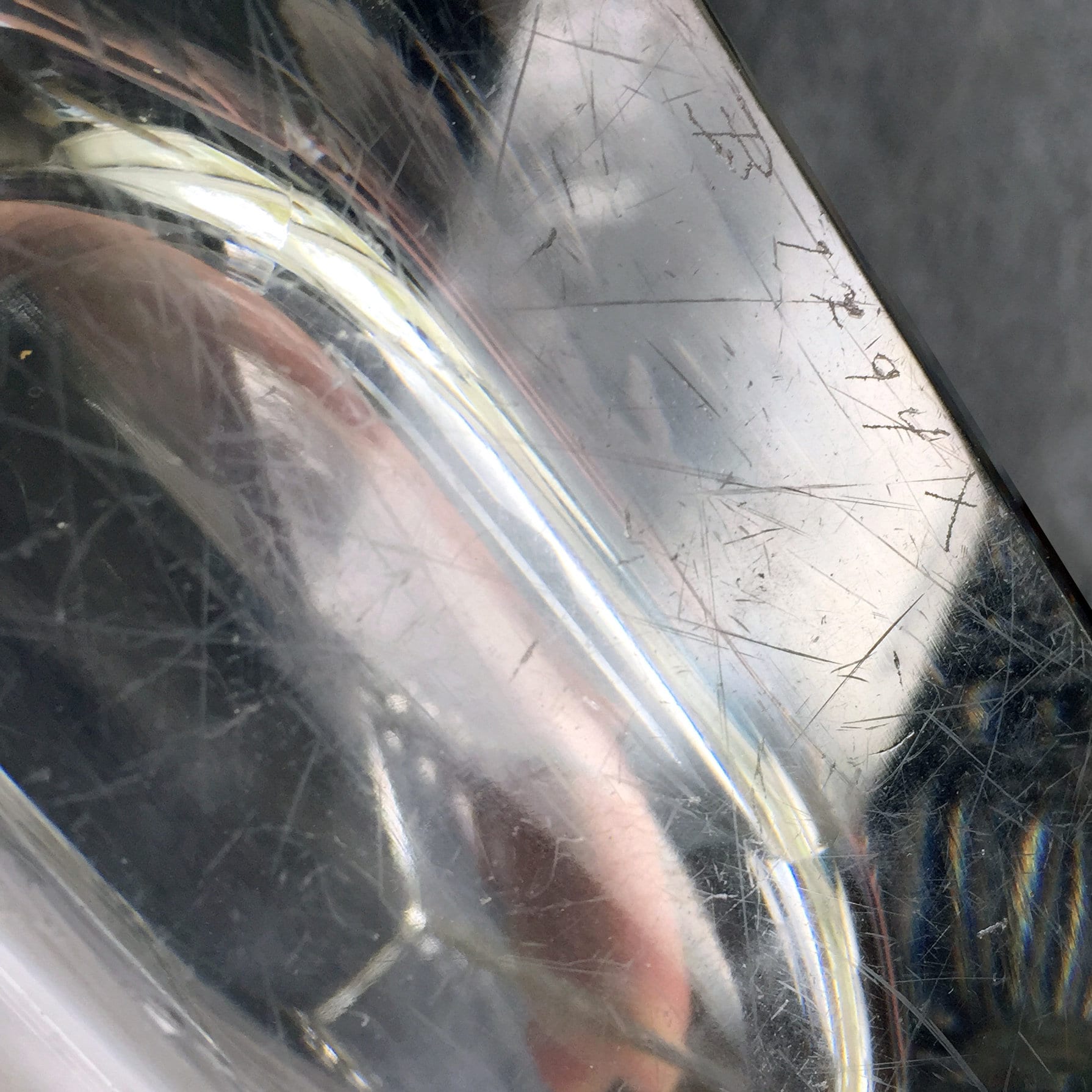 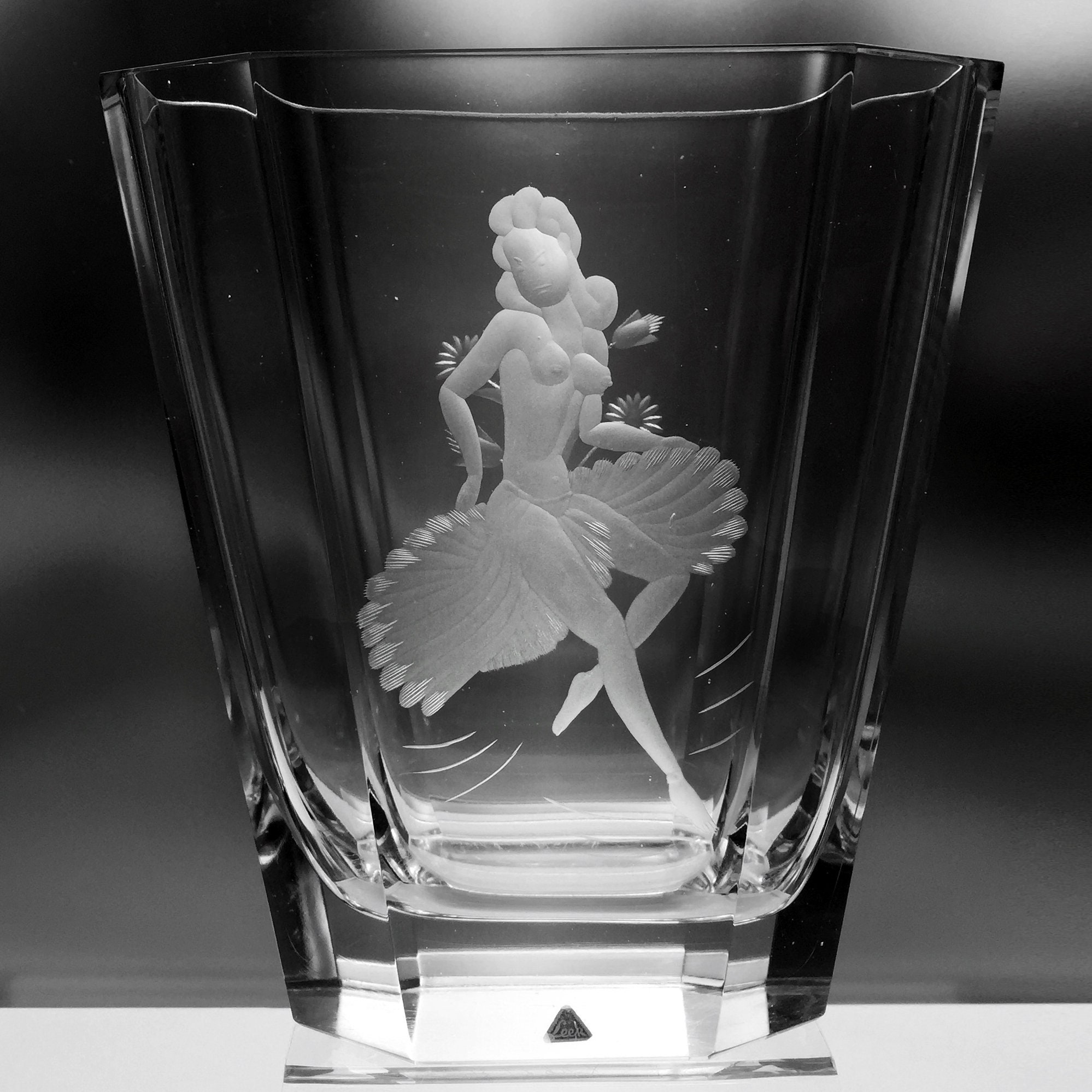 This large, heavy, lead crystal vase was designed by Elis Bergh, who worked at Kosta from 1929-1950. The vase is unique because of its two-sided design elements. On the front there is a highly-detailed depiction of a woman wearing only a skirt made of feathers, and on the back there are beautiful Swedish flowers. It measures 7.25" x 4" x 8.25" (184mm x 102mm x 210mm) and weighs 3.2 pounds (7 kg).

The vase is hand-blown and then planed, or cut, to create its octagonal shape. The engraving is done in the traditional way, by holding the glass against spinning copper wheels. The sticker probably indicates that one of the Leek family members did the engravings, or that the piece was sold in a shop owned by the Leek family. (Leek is a rather well known family of glassworkers, mostly engravers. Currently Jens P. Leek is active in the House of Glass in Orrefors.)

Kosta Glasbruk was a Swedish glassworks founded by two foreign officers in Charles XII's army, Anders Koskull and Georg Bogislaus Staël von Holstein, in 1742. The name is a portmanteau of the founders' surnames, Ko(skull) + Sta(el). It is located in Kosta, Sweden, a town which was named for the company. The surrounding region has become known as the "Kingdom of Crystal" and is now a tourist site which attracts a million visitors annually.

Early production consisted of window glass, chandeliers and drinking glasses. From the 1840s, the factory was at the forefront of new trends and technical developments, producing pressed glass, and in the 1880s setting up a new glass-cutting workshop. In 1903, the company merged with the Reijmyre glassworks but both retained their own names and Kosta went on to maintain its reputation as one of the leading Swedish manufacturers with a range of fine art glass and tableware by distinguished designers such as Elis Burgh, artistic director from 1929-1950, and Vicke Lindstrand, artistic director from 1950-1973.

Having merged with Boda Glasbruk in Emmaboda Municipality, Kosta Glasbruk is still active today under the name of Kosta Boda.