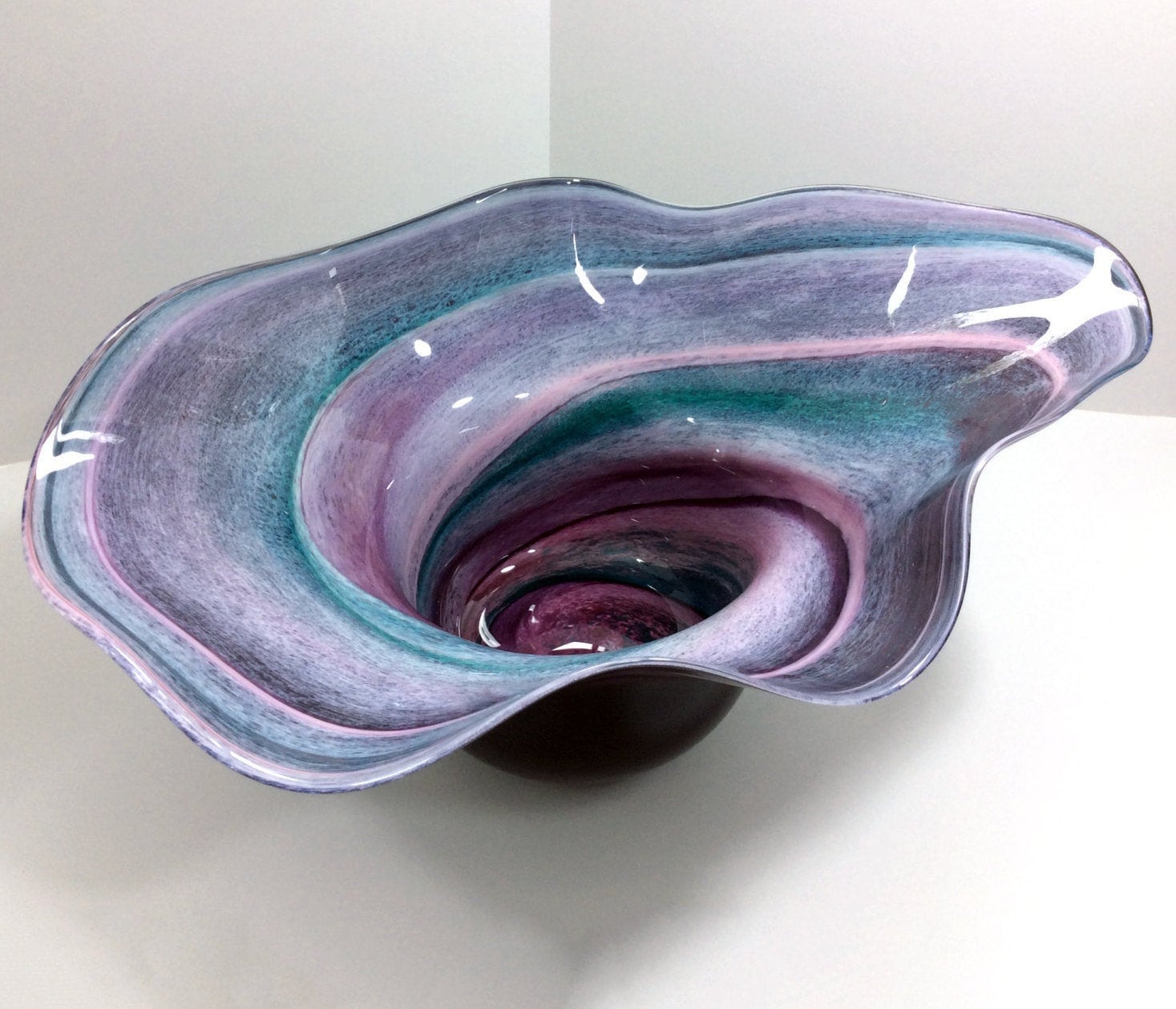 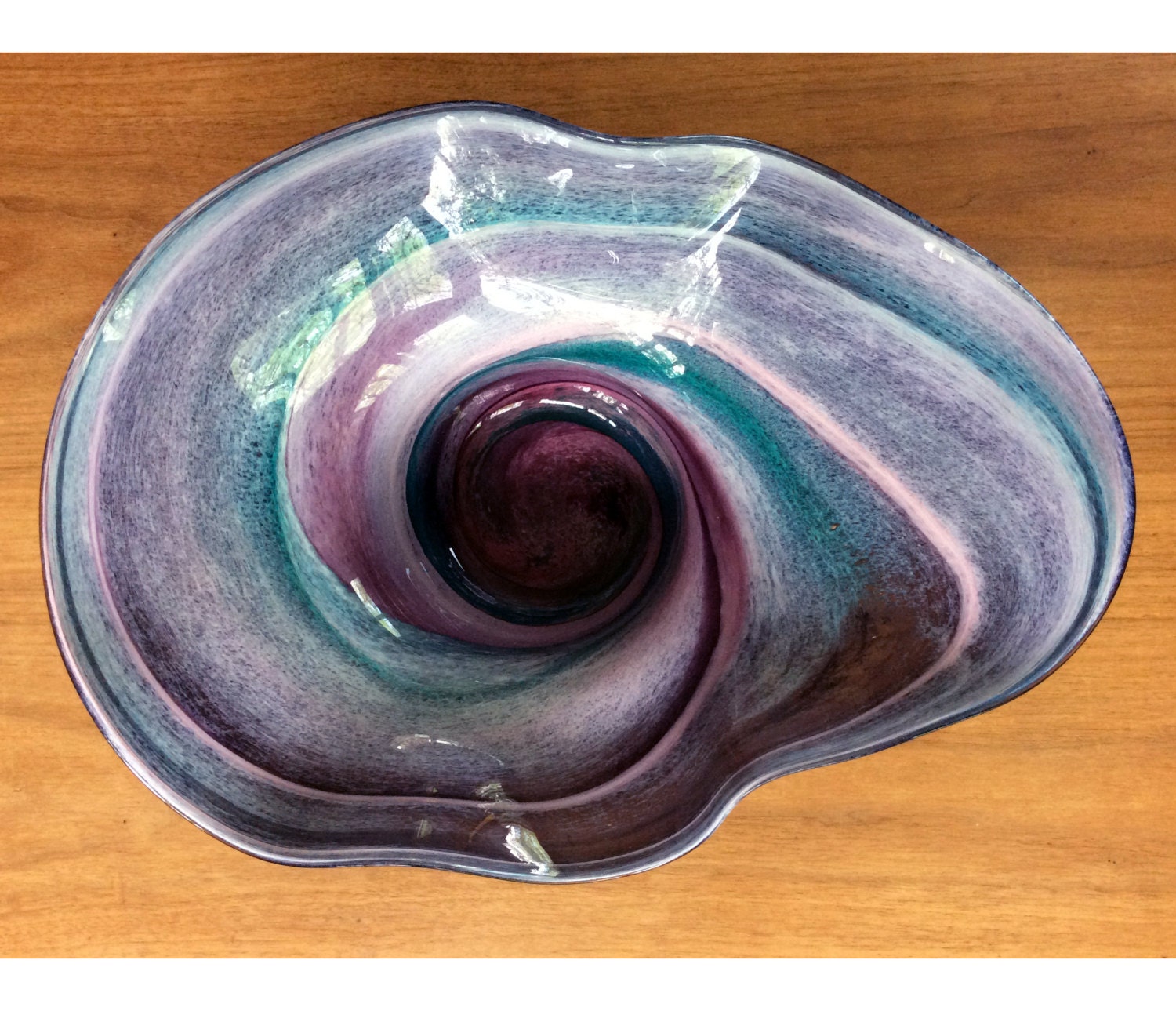 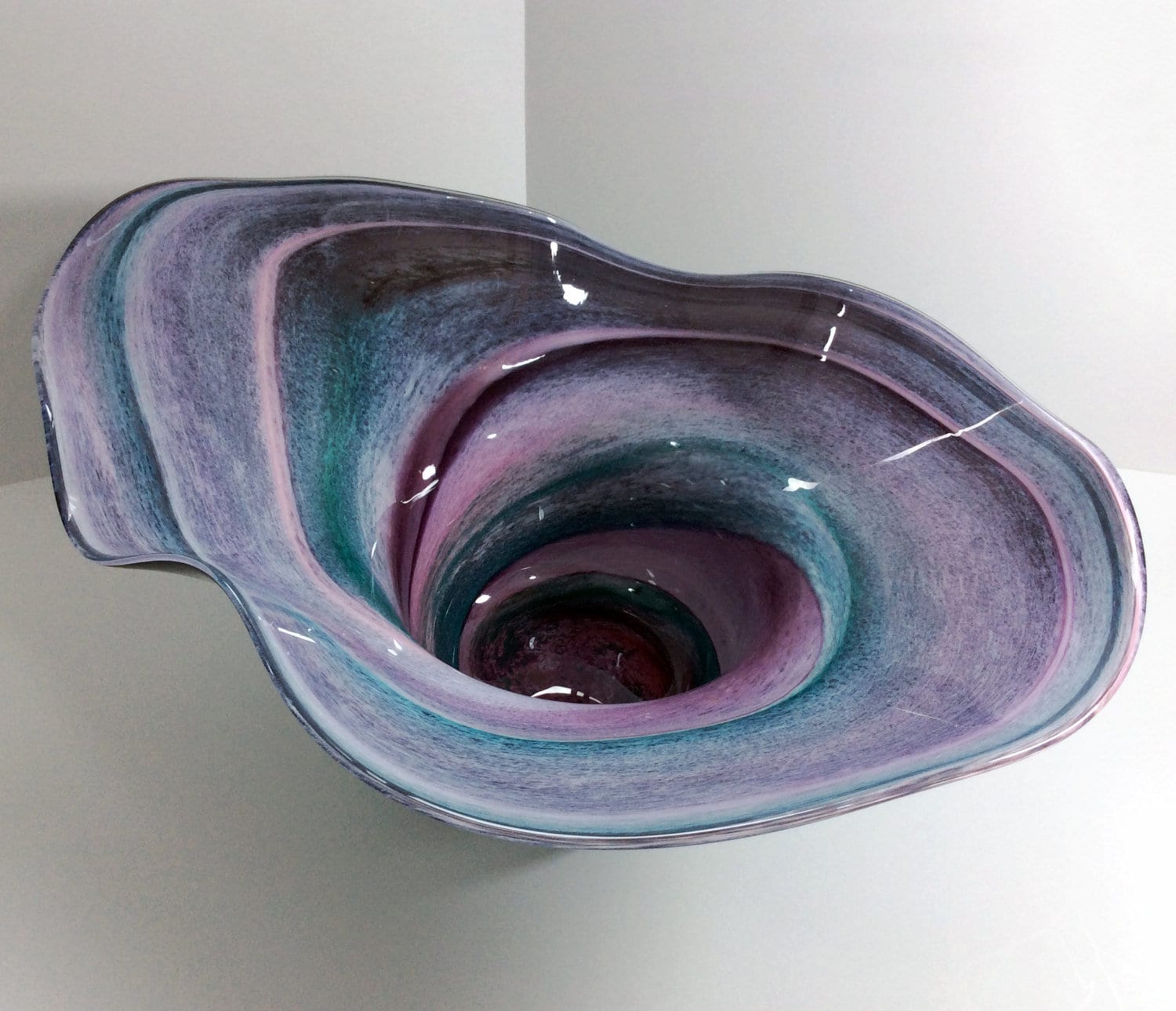 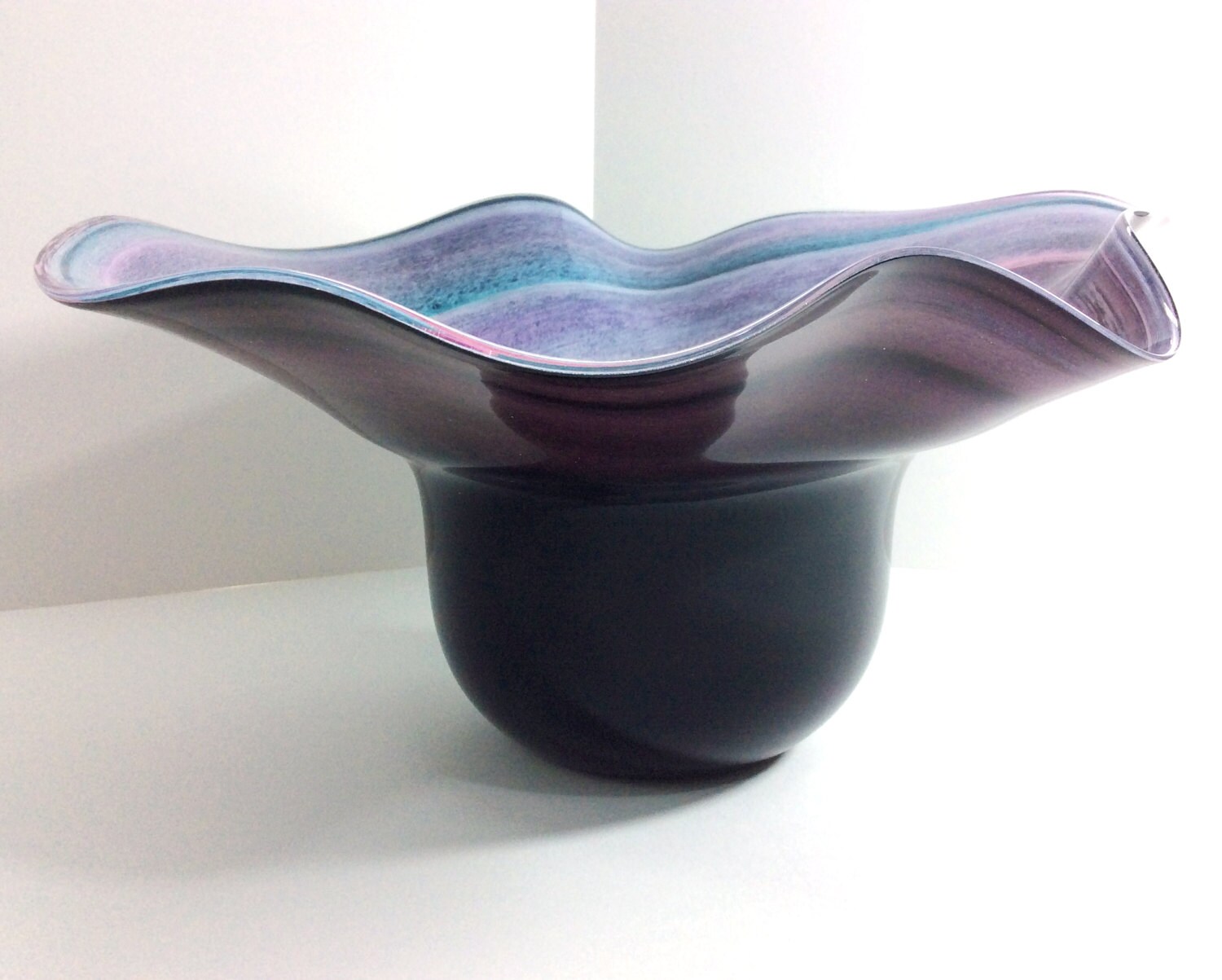 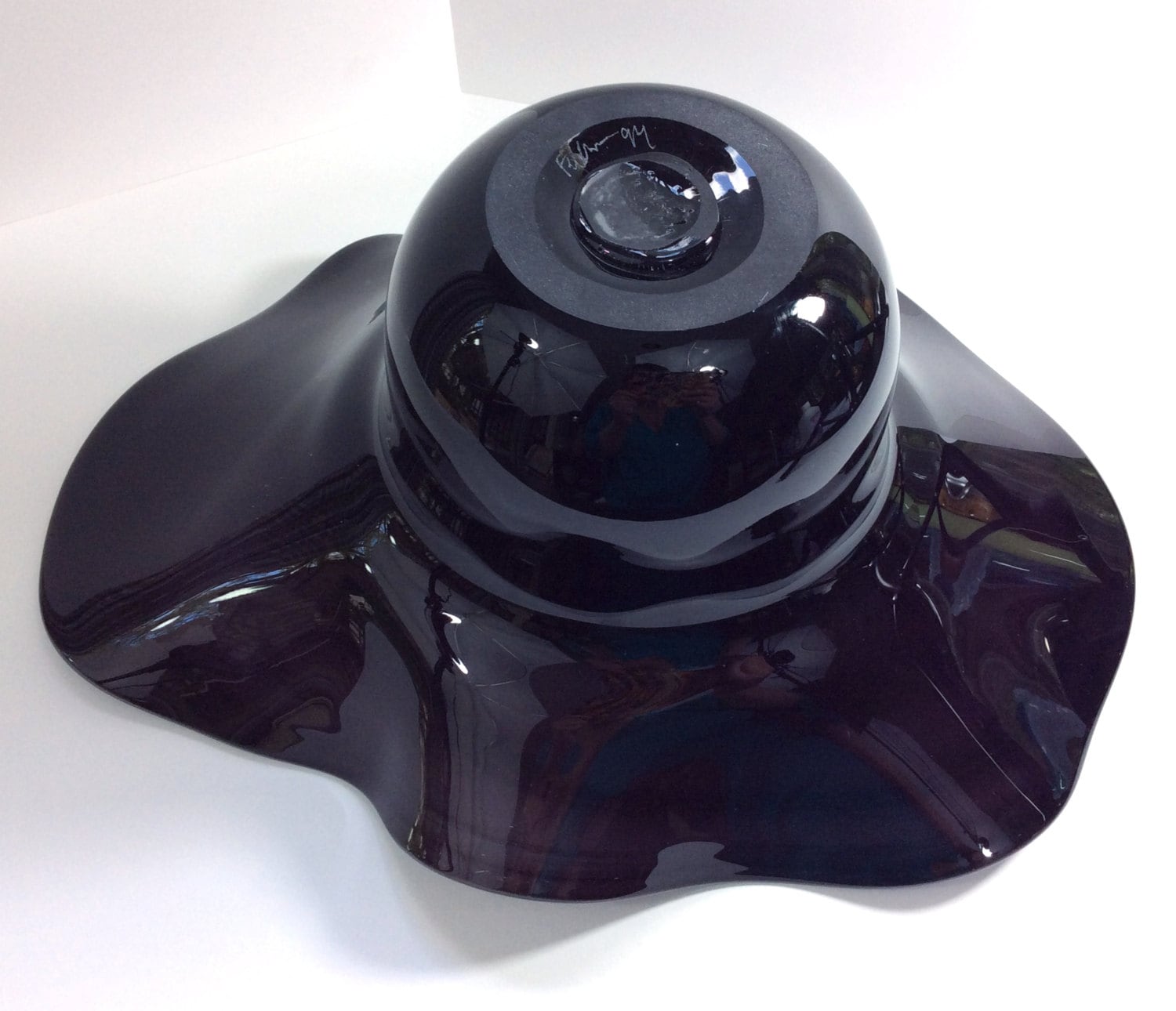 This is an amazingly big, beautiful bowl! The rim is about 15" long, 12" wide, and the bowl stands 7" at its highest point. The diameter of the bowl is about 6" and the bowl weighs 5 pounds, 2 ounces, unpacked. I have had it in my home for several years, having bought it, along with a whole group of Fellerman Raabe glass from the estate sale of a local collector. Please see my shop for other Fellerman/Raabe art glass.

The artist:
Stephen Fellerman grew up in New York and enrolled at Pratt where he took a ceramics class and experienced for the first time working with his hands. Upon graduation, in the summer of 1972, he bought a VW microbus and headed west. Stephen arrived in Sausalito to discover one of the most creative art centers in the country. Hanging out at a small glass studio (one of the few at the time), he watched others and absorbed a variety of techniques.

After a year in California, he returned east to Kent, Connecticut to open his own studio, becoming one of the first studio glass artists to make a living from glassblowing. At the time, there were no craft shows or galleries exhibiting this type of work. But 1975 saw the advent of the American Crafts Council which held its first show in Rhinebeck New York. 400 exhibitors - and only three of us were glass blowers," Stephen recalled. Stephen specialized in Art Nouveau inspired pieces, and his reputation grew. "Over time I fill up my bag with tricks and techniques and eventually I take the techniques and start to express myself, instead of just doing the techniques I learned."