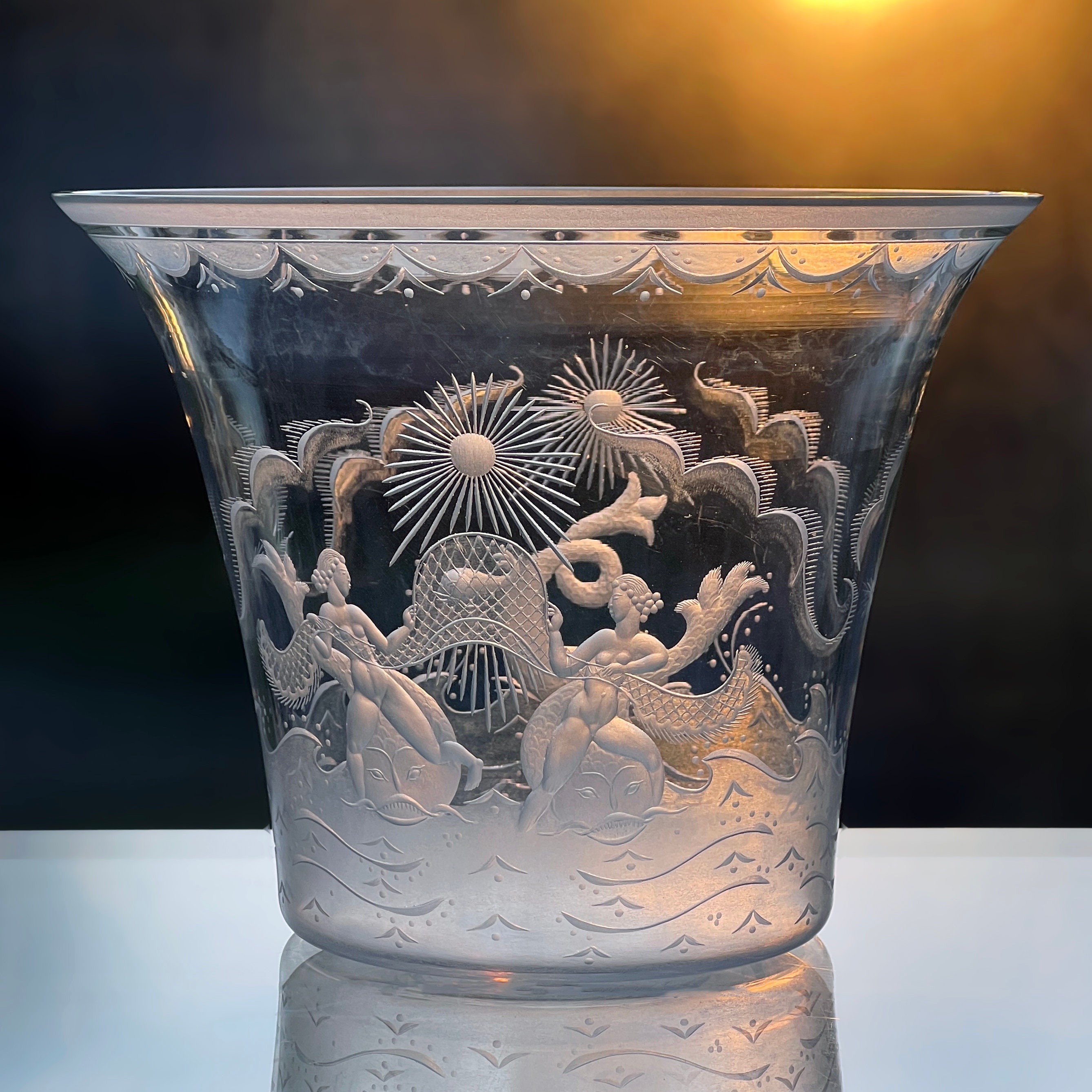 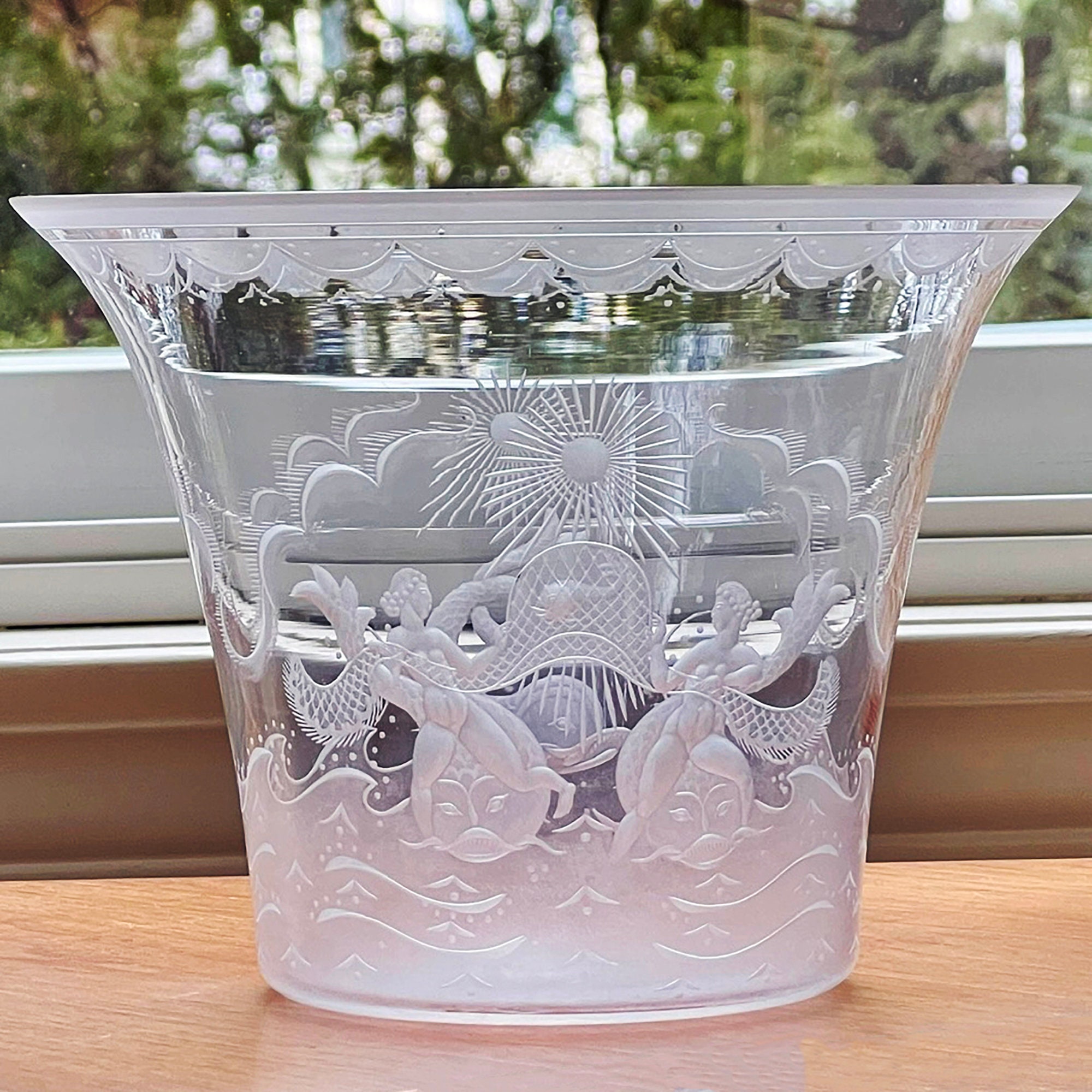 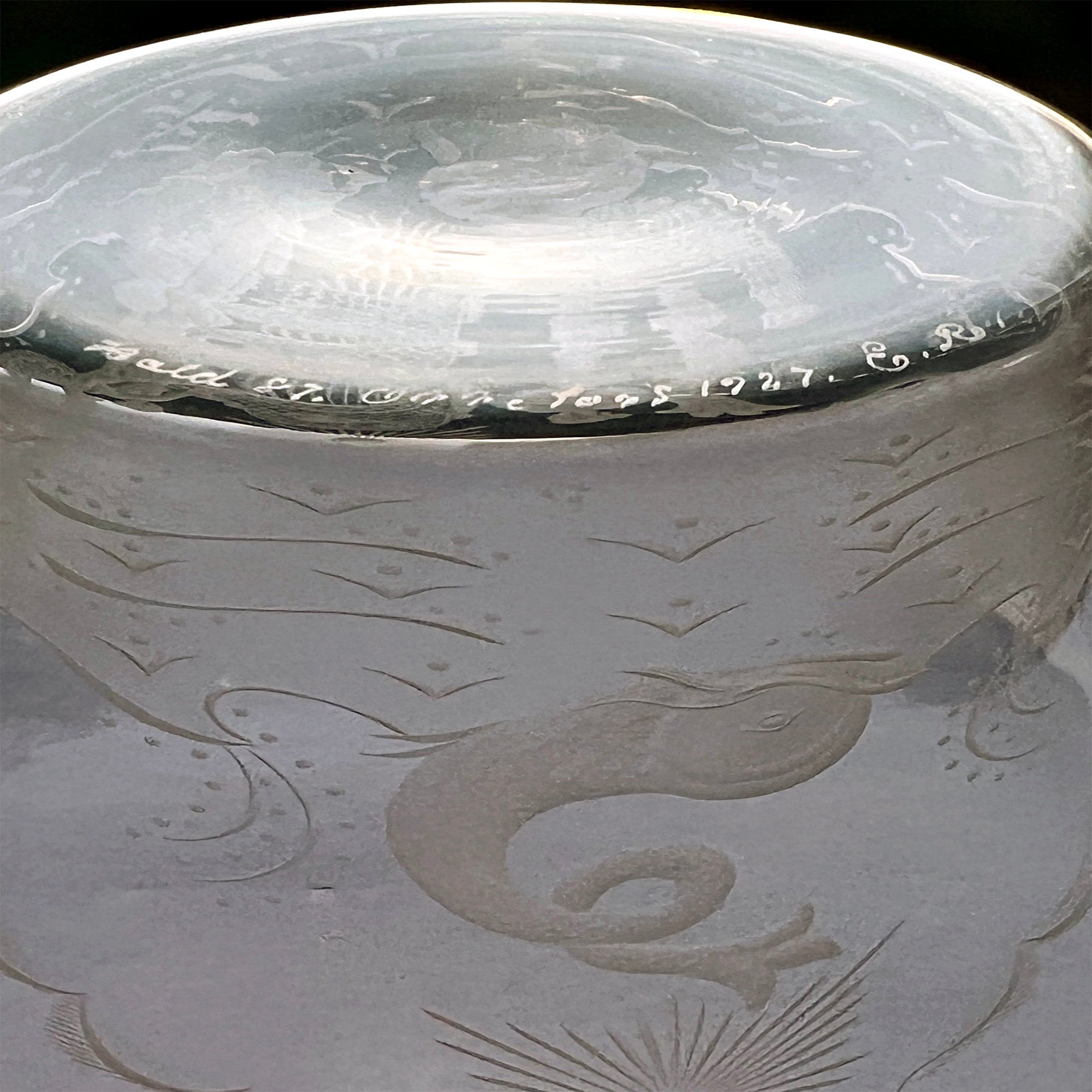 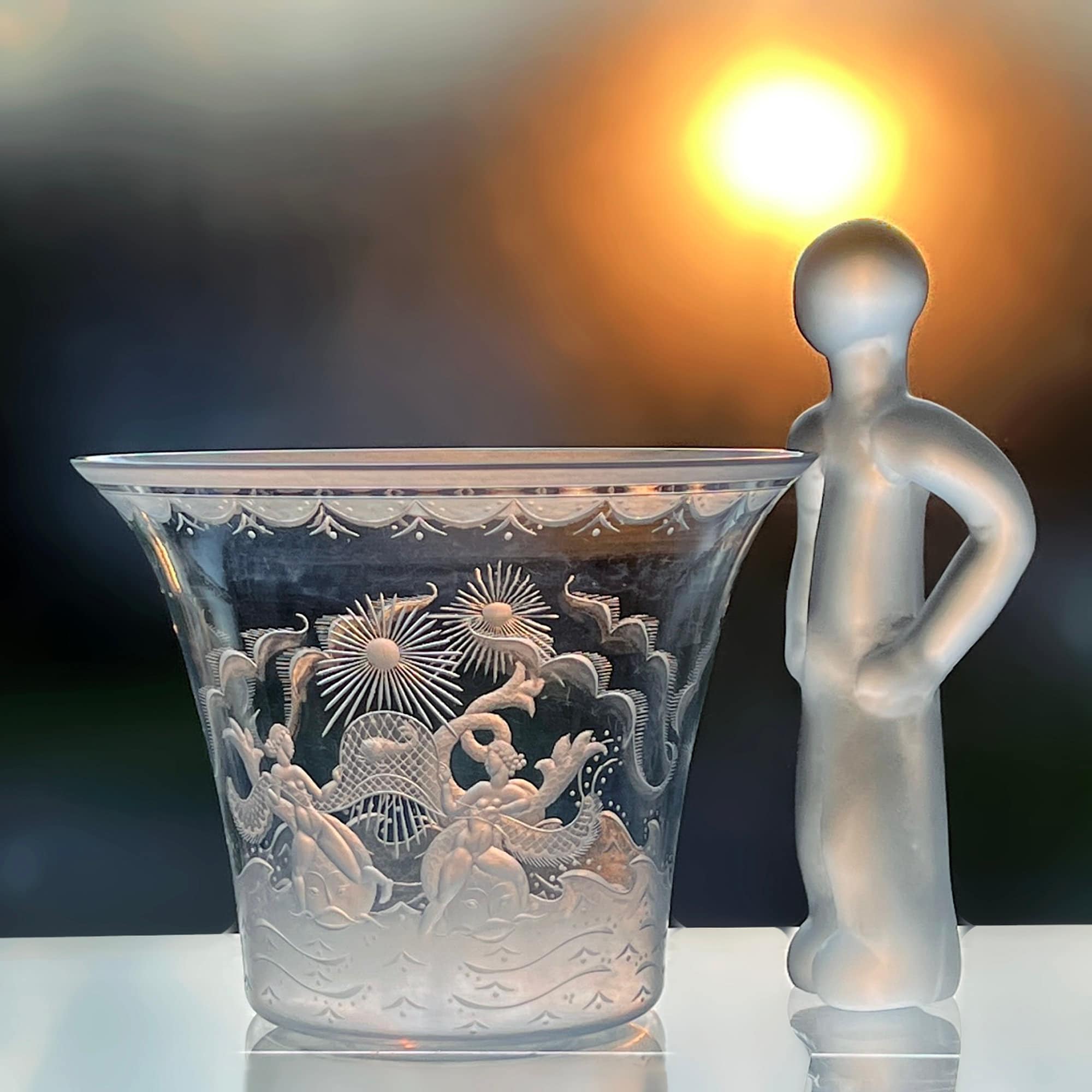 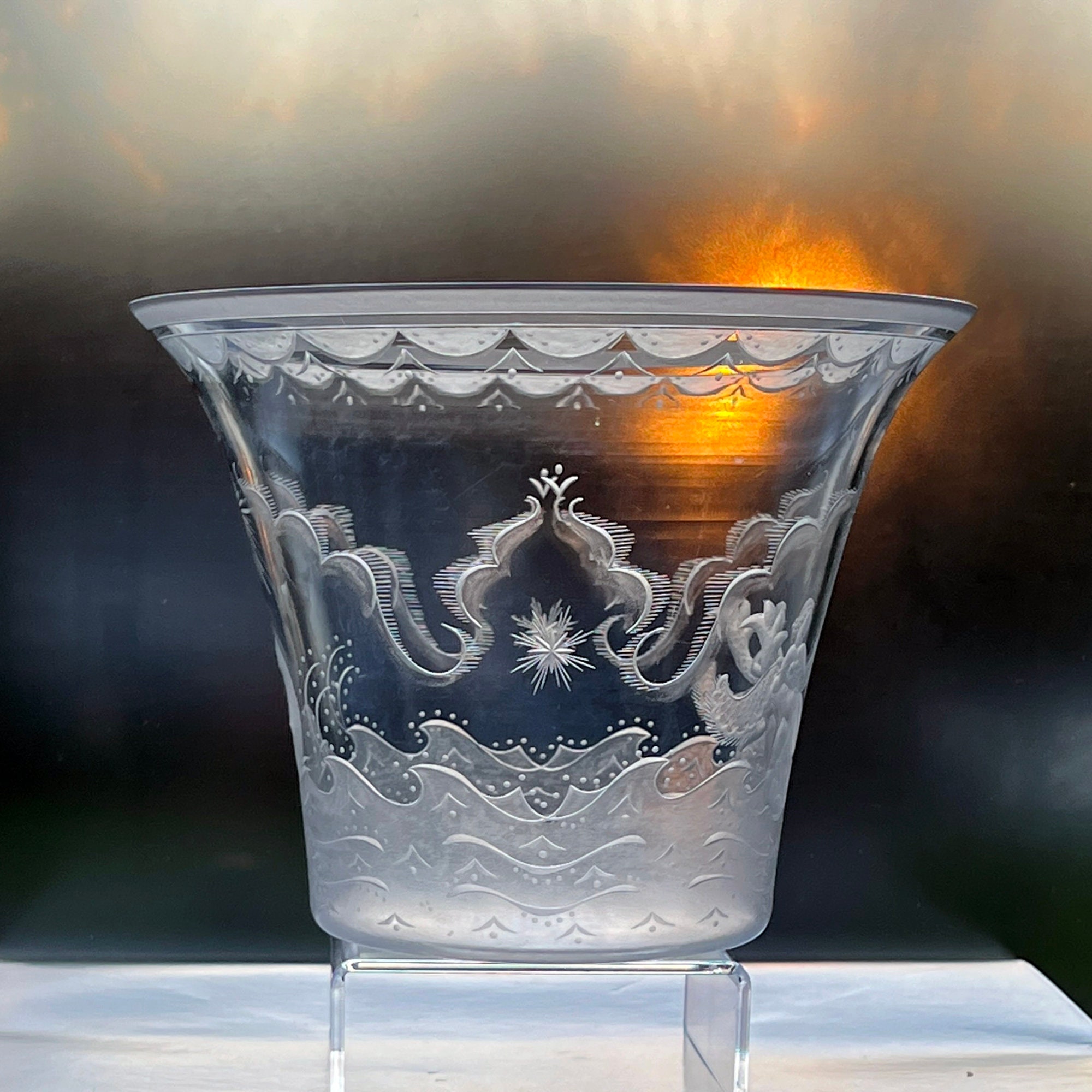 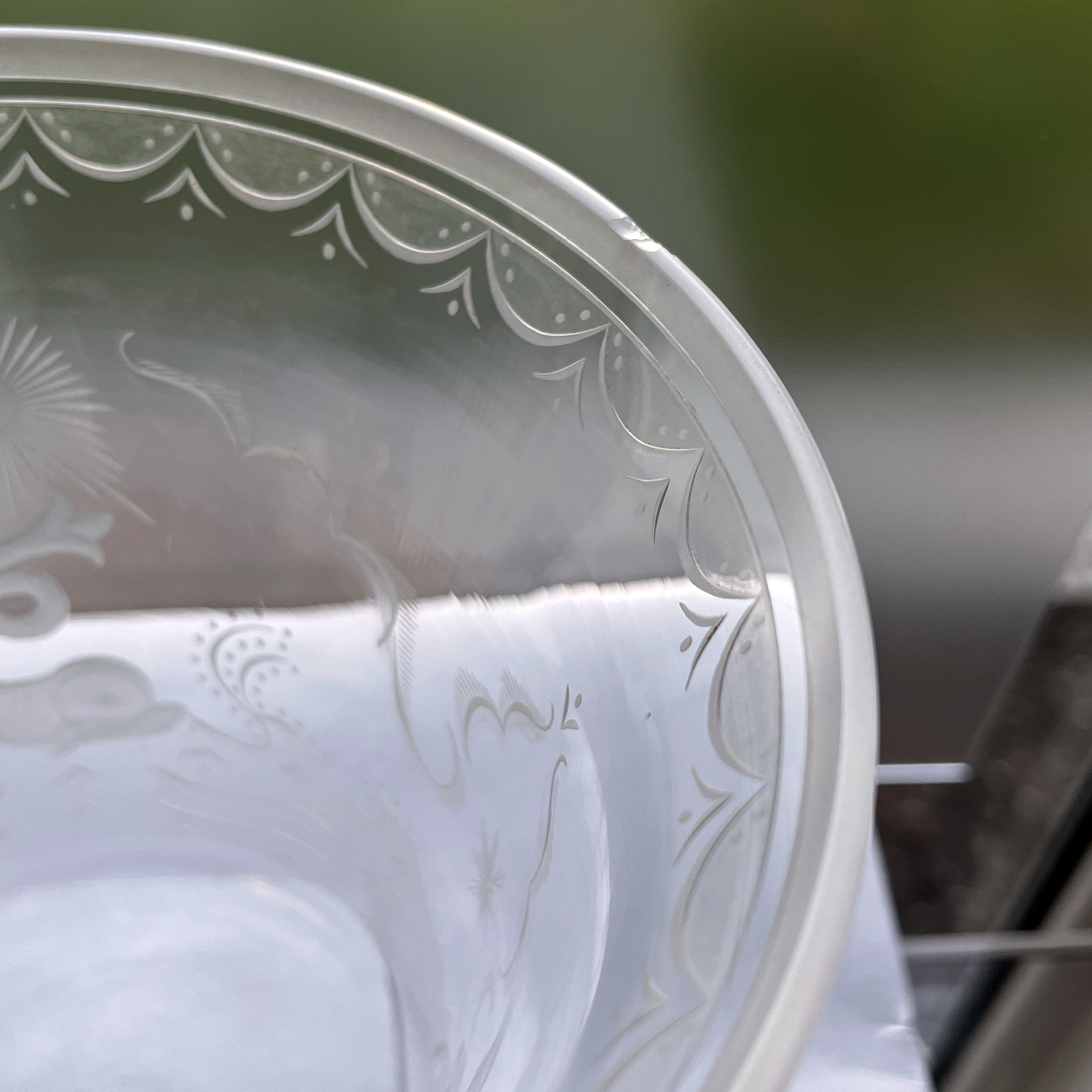 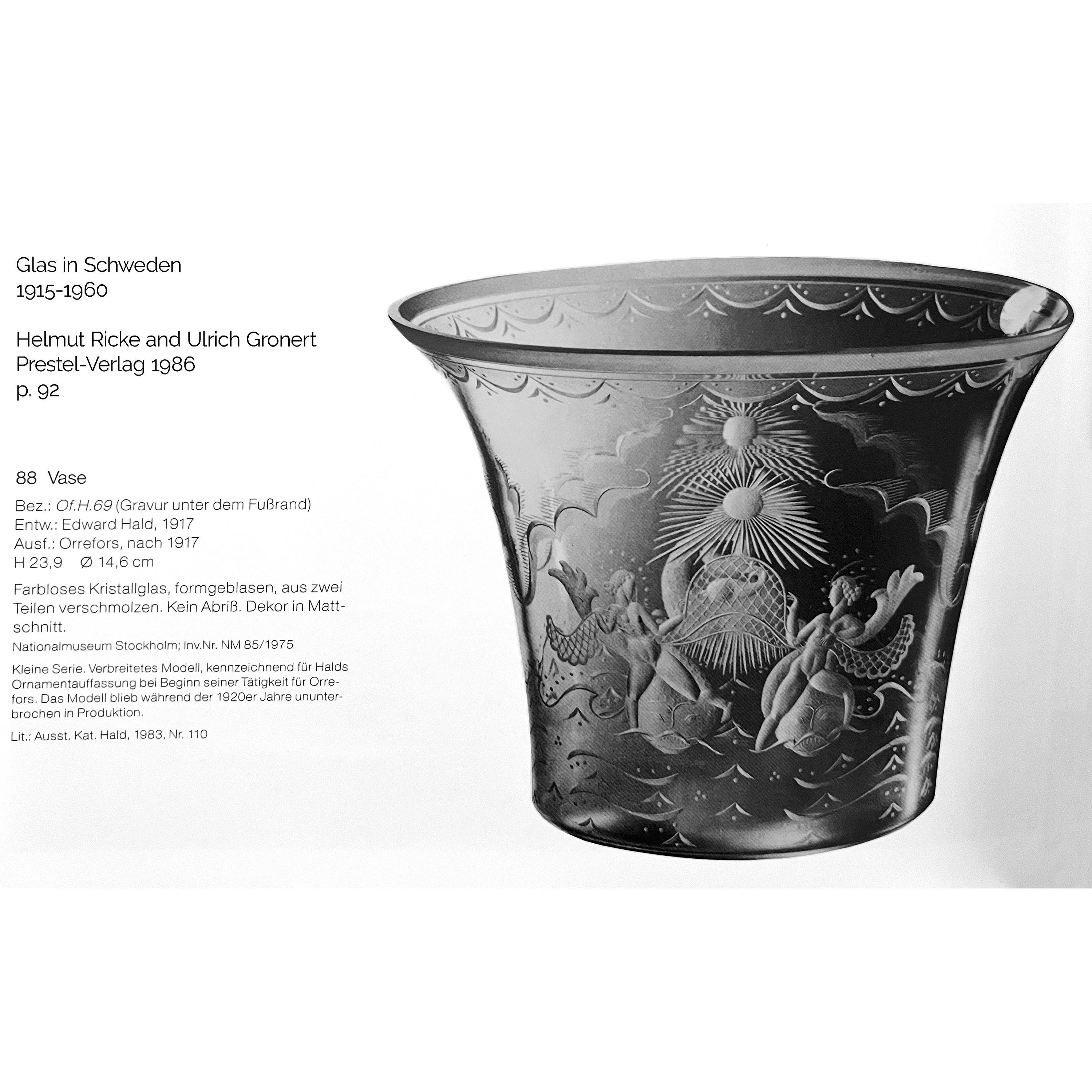 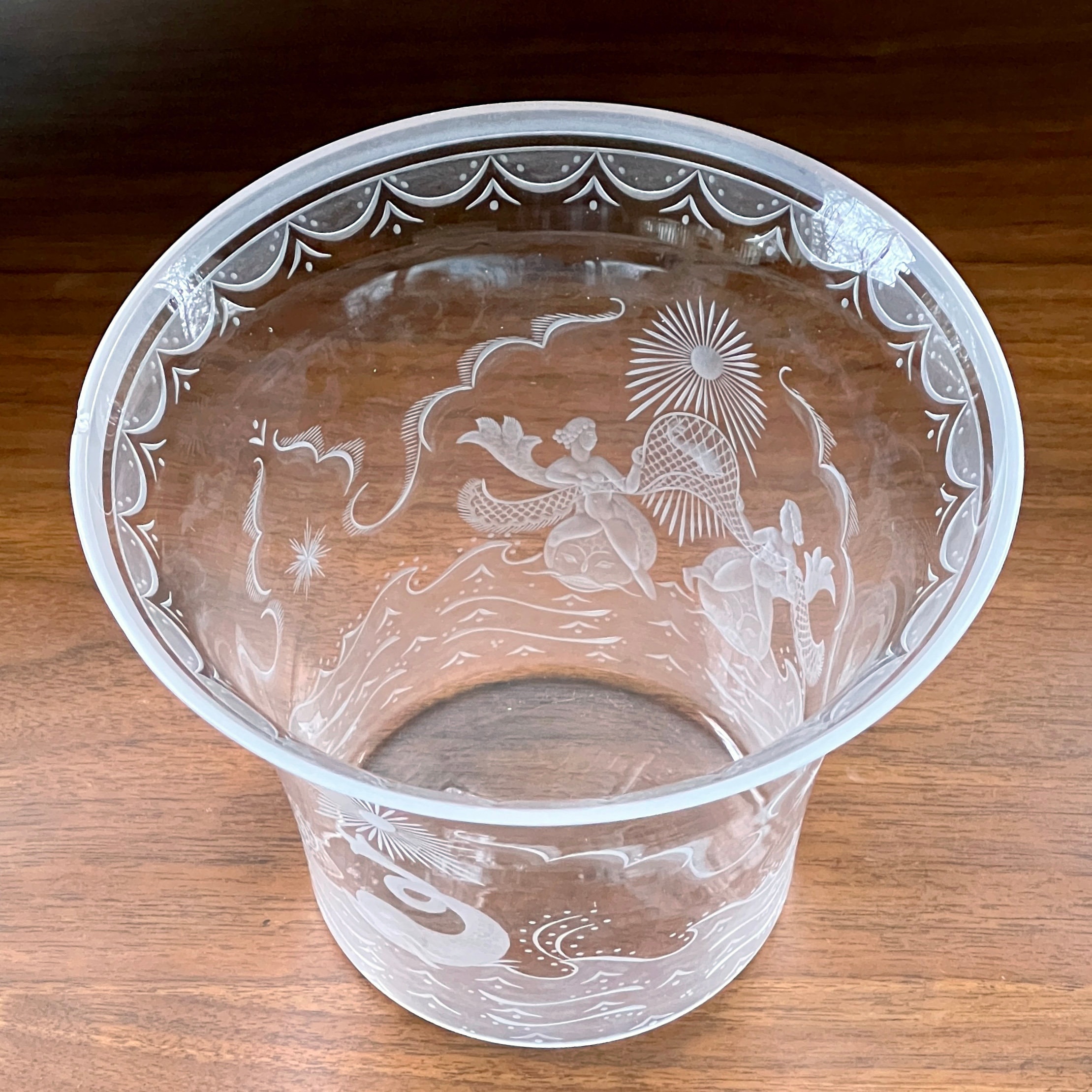 This ornately engraved bowl was designed by Edward Hald in 1919, shortly after he began at the Orrefors Glassworks in Sweden. Hald joined Simon Gate, hired in 1917, in the newly-conceived role of artistic designer. The design ethic in Sweden was evolving, and a new owner and director at Orrefors put them in the right place and time. There were two main shifts in that movement: the desire to make simply elegant utilitarian items for the masses and an increased appreciation for the beauty of the glass itself, not just its ornamentation.

This piece was born at a time when those shifts were just beginning. Hald had a modern view of the world (he studied under Henri Matisse!), and his work was a welcome counterpoint to the formal Baroque and Neoclassical style of Gate. Eventually. This piece is a slightly whimsical riff on Gate's work, featuring nymphs much like those on Gate's famous Paris Cup. Of course, Hald let the nymphs ride on the fish.

This is a very special piece, and it appears in the German book, Glas in Schweden, on p. 92. (They got the date wrong. See last photo.) The condition belies its age - there is one shallow chip on the rim and a faint, cloudy waterline at the shoulder. It is unclear if this piece had an under-plate, but if so, it is lost. I purchased this vase at auction from the estate of a prominent New York collector; I hope it finds a wonderful new home!

Hald's engraved designs of modernist figures and in Graal glass garnered him much praise throughout the 1920s and 1930s, when he was considered a fine example of “Swedish Grace” stylings. He won a Grand Prix award at the 1925 “Exposition Internationale des Arts Décoratifs et Industriels Modernes” in Paris.