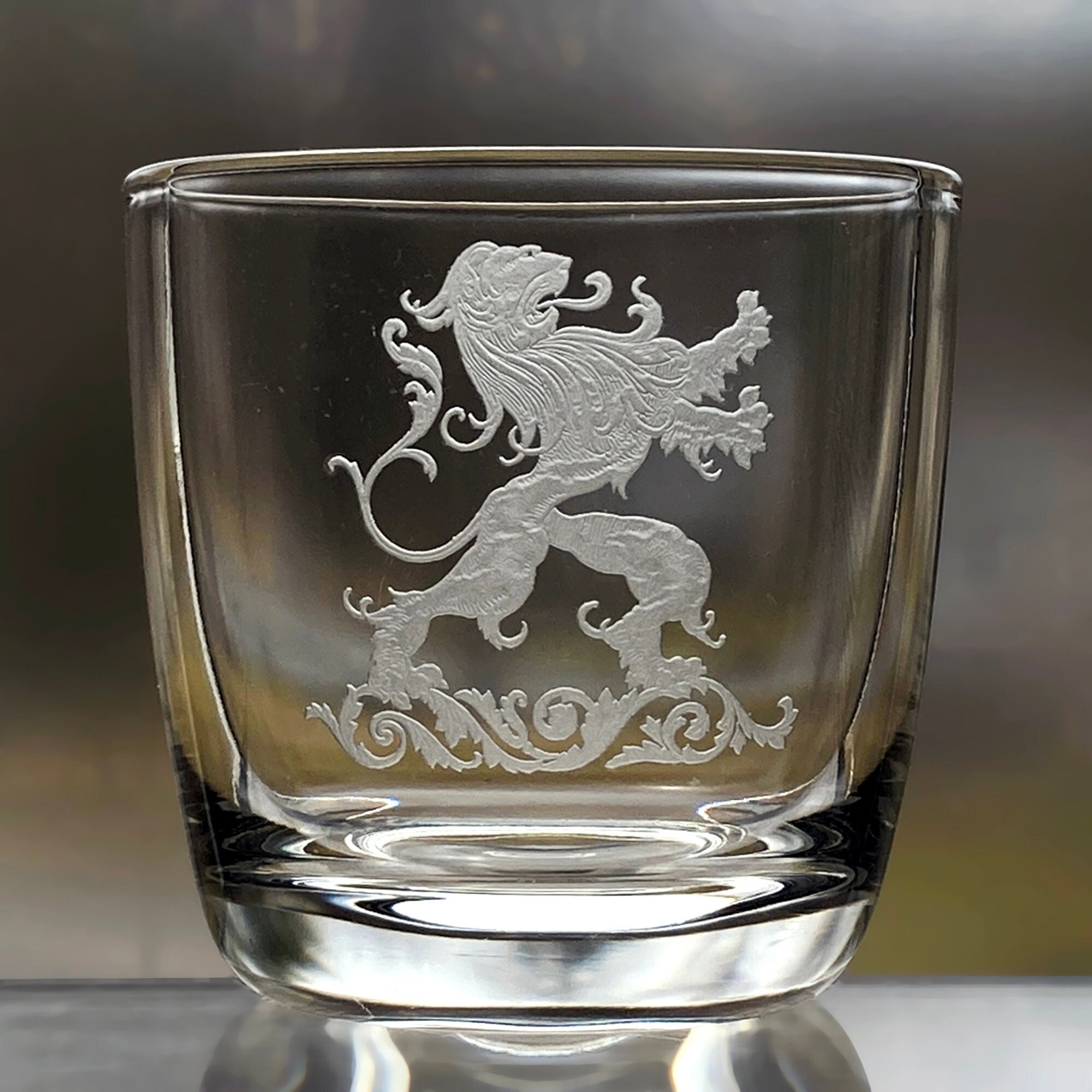 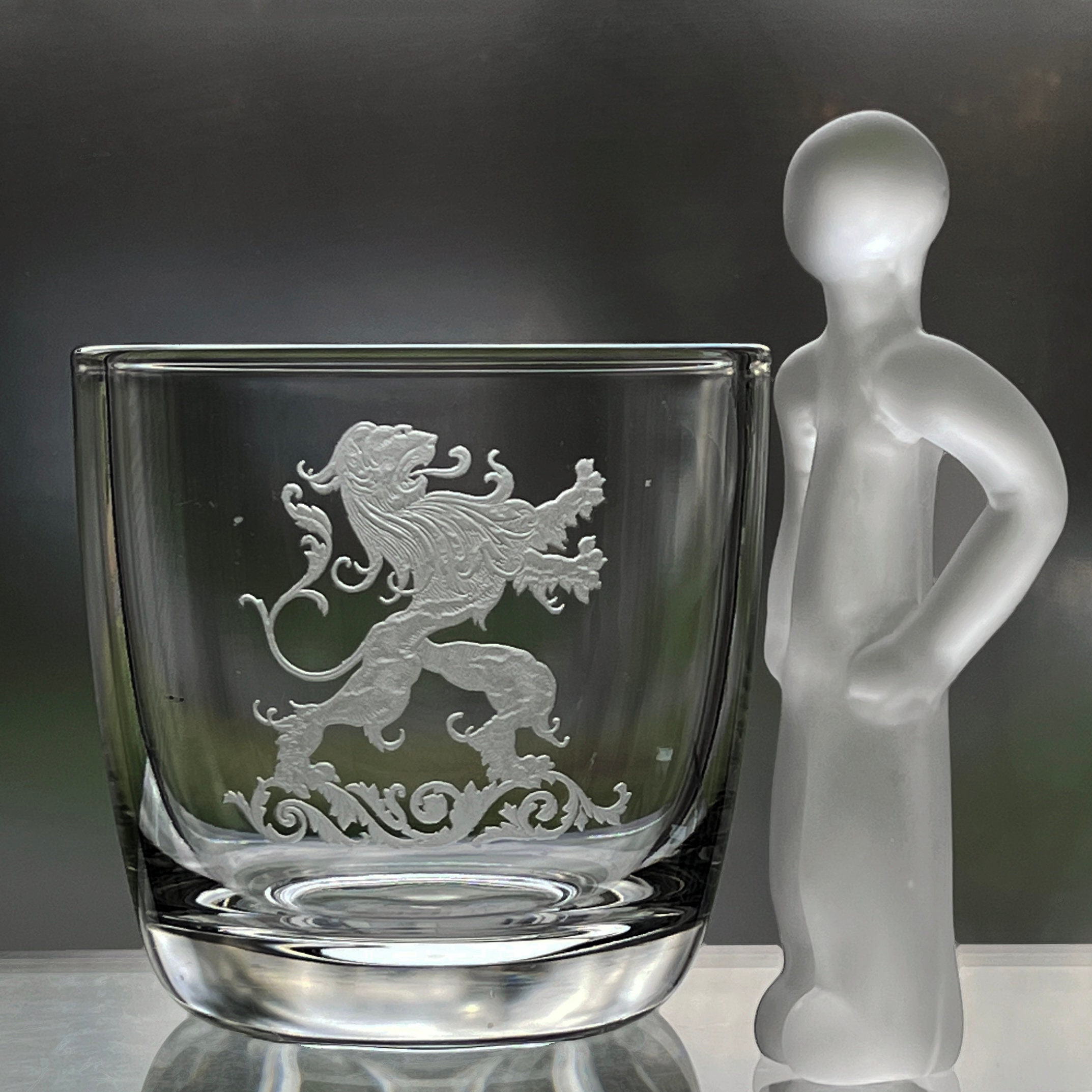 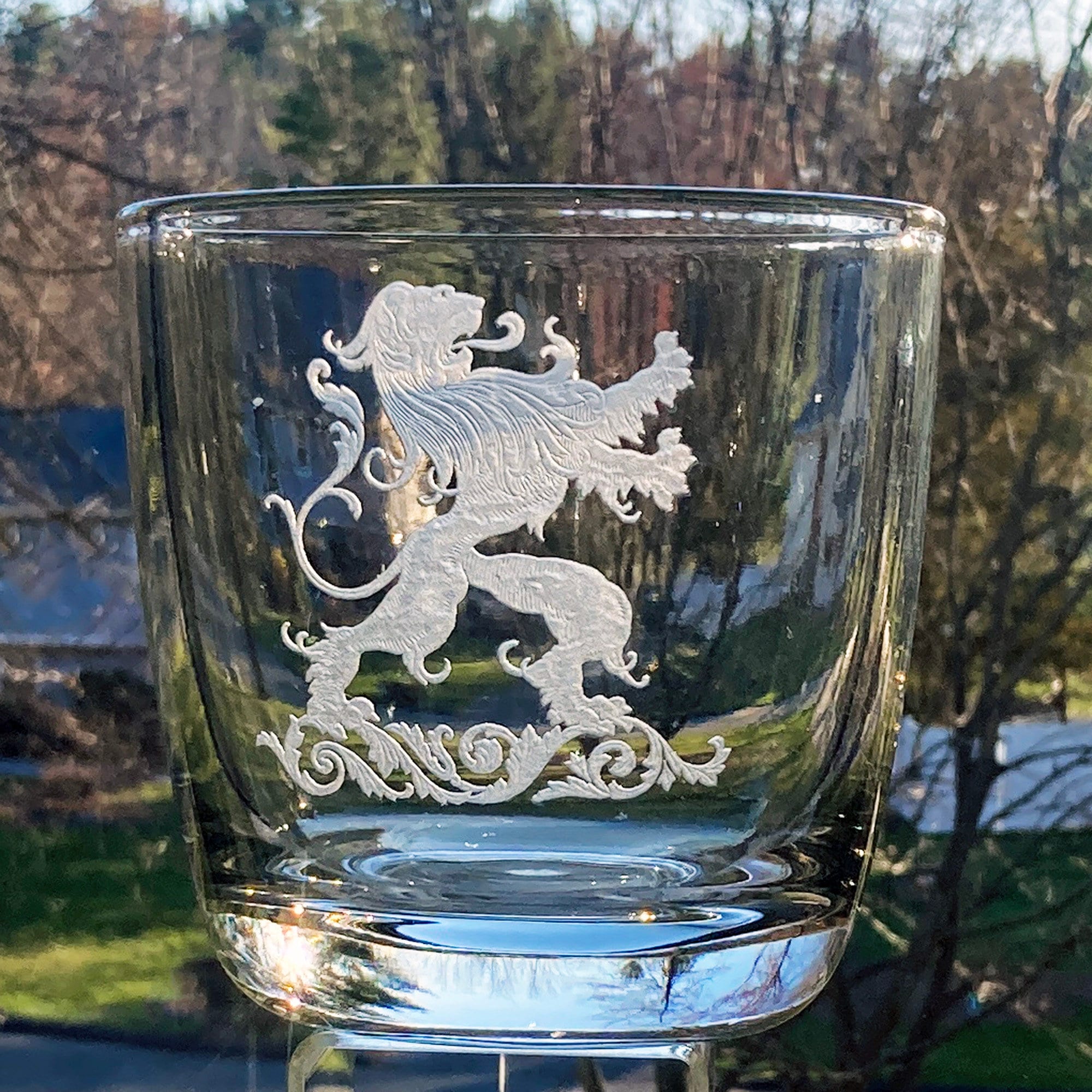 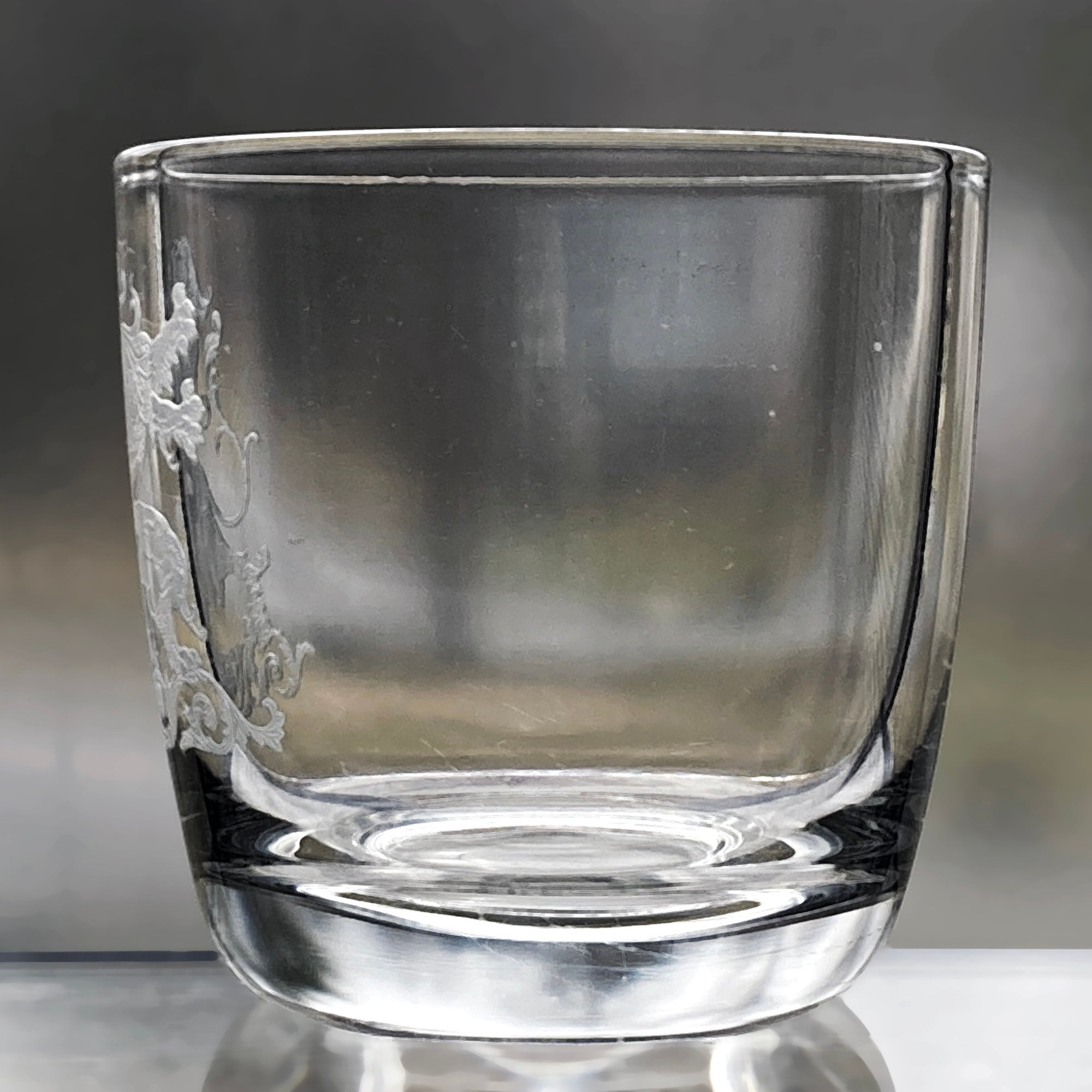 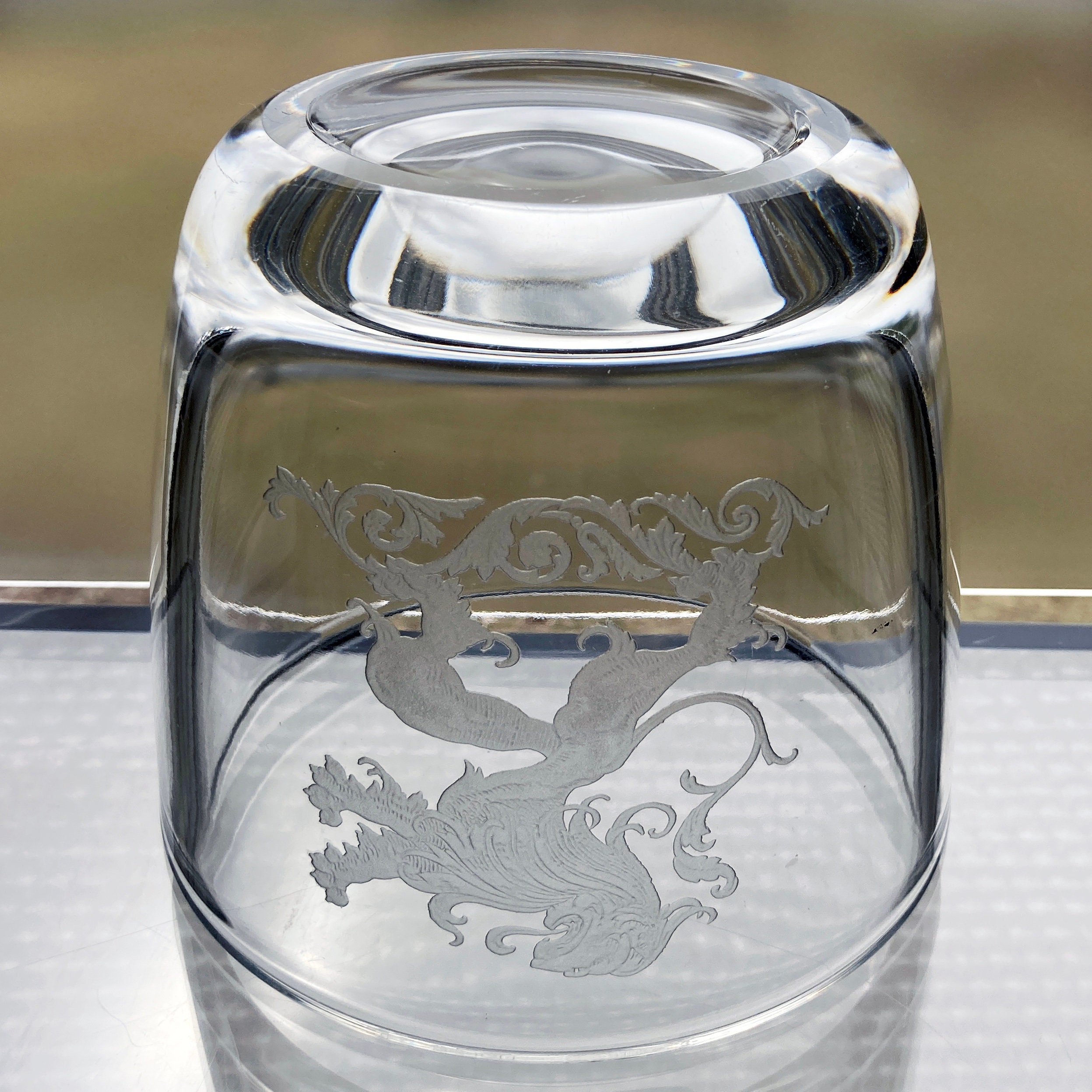 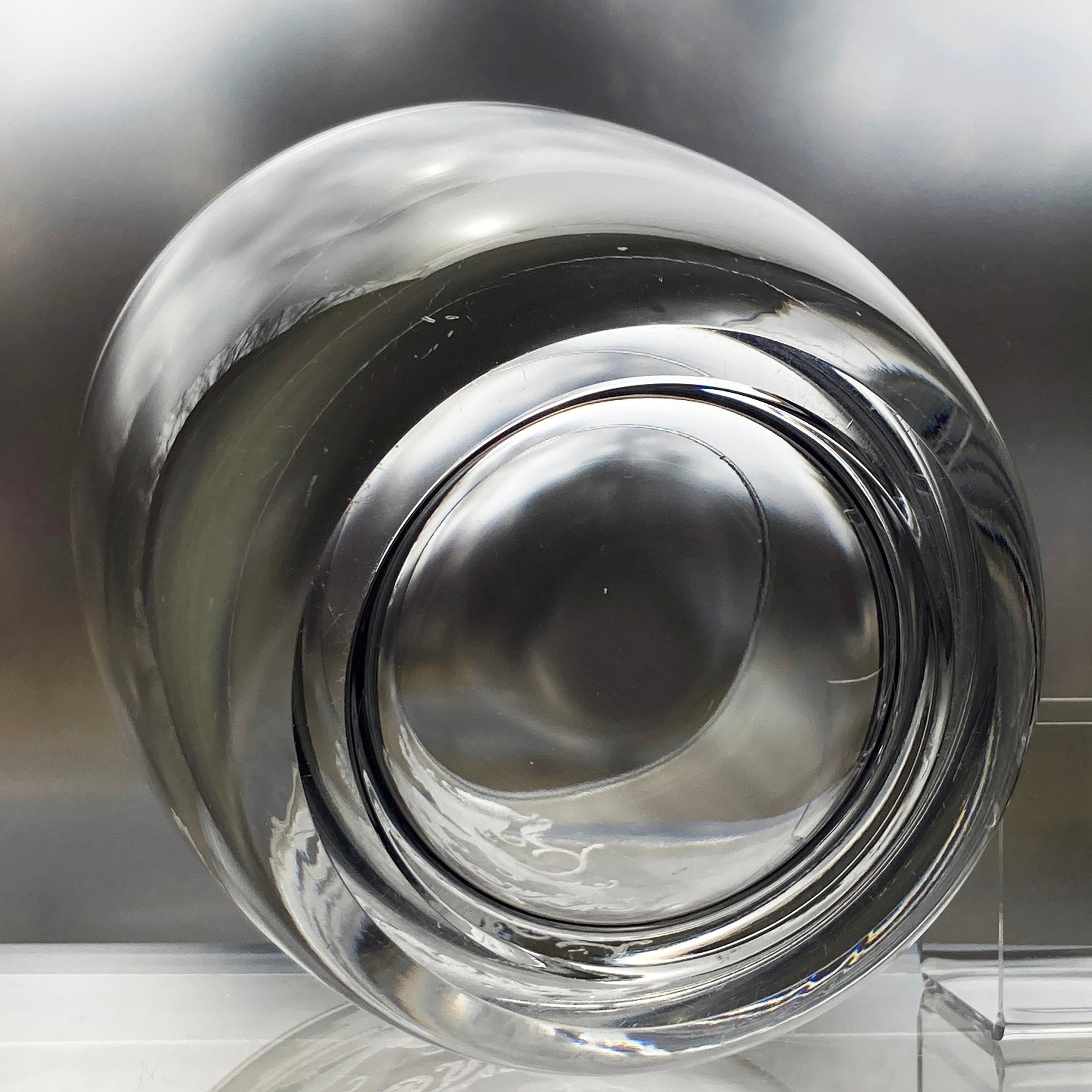 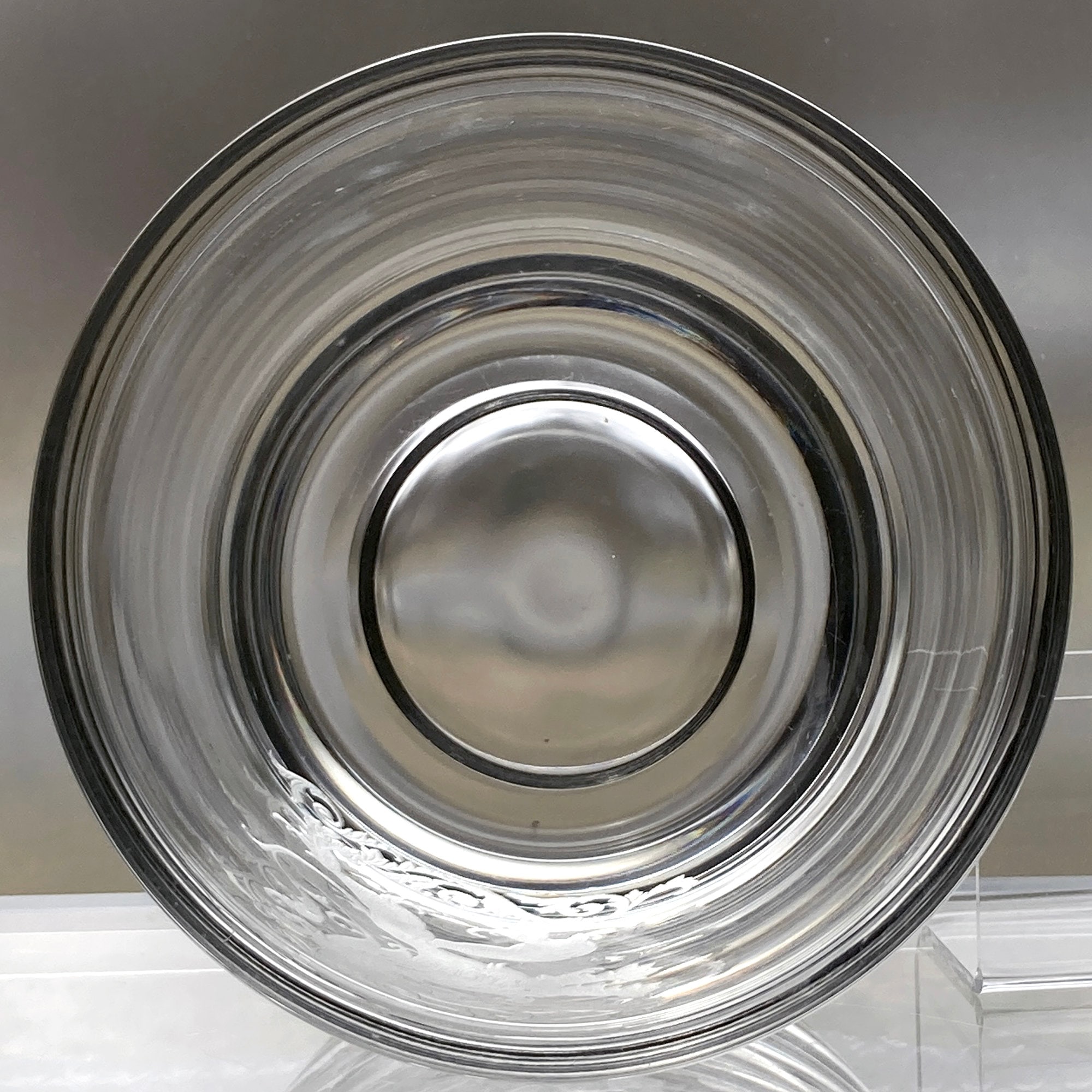 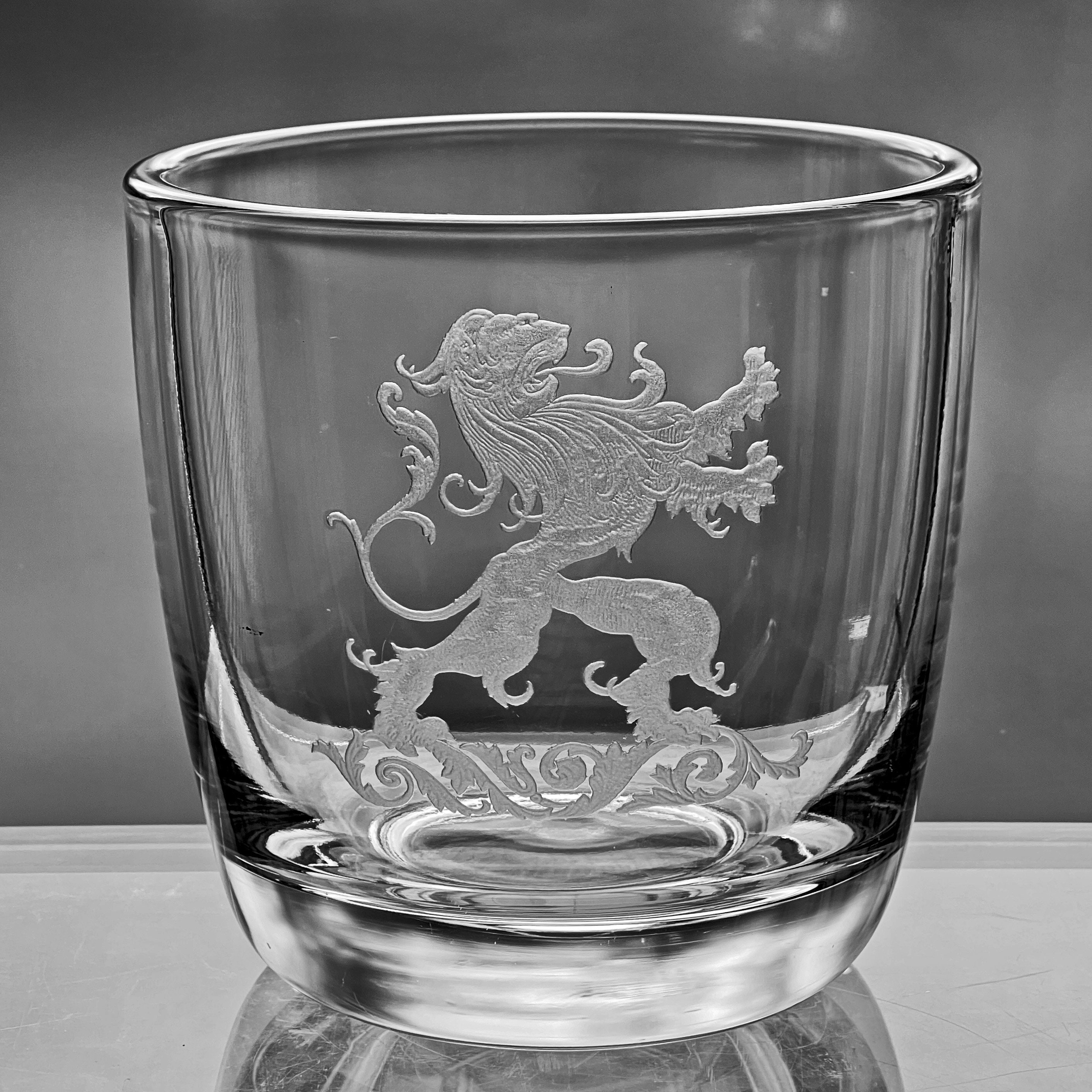 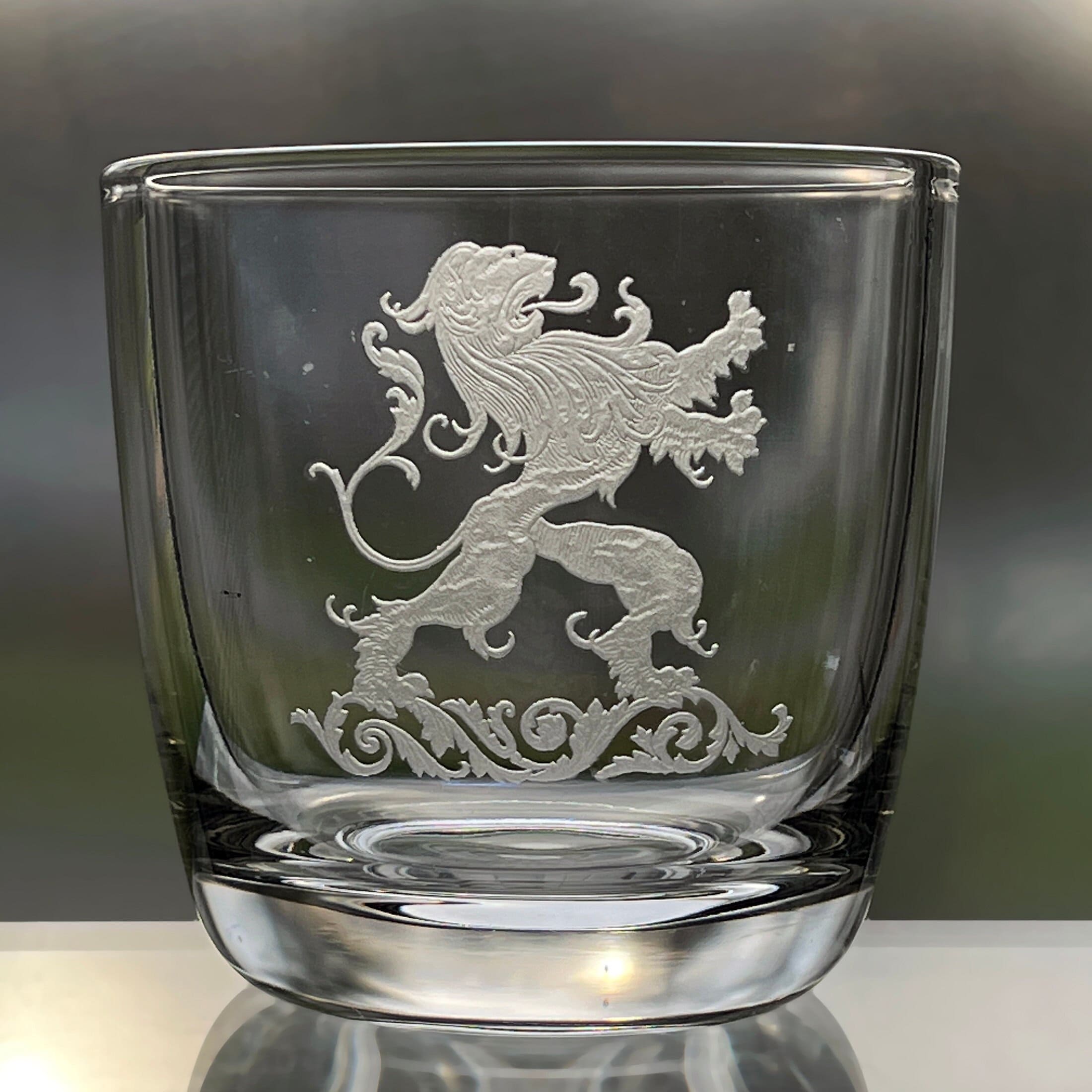 This heavy piece of American etched glass was made by the Glastonbury-Lotus Company, likely in the 1960s. The etched lion design, called "Leo," was introduced in 1956 and has since been discontinued. The pattern was used on a variety of glass barware, including this ice bucket. The vessel is about 6" in diameter and 6" tall, and it weighs nearly 4 pounds. It has one small black inclusion, but is in great shape otherwise.

The Lotus Cut Glass Company was founded in Barnesville, Ohio in 1912. At first, the company was only a cutting operation, but as business grew, they expanded into other forms of decorating, like the etching you see here. The name was changed to Lotus Glass Company sometime in the middle 1920s. Lotus never manufactured any glass - they were located very close to many of the better glass manufacturers and found it cheaper to buy glass from one or more suppliers and add their own decorations to make the finished product, which was then sold under the Lotus name. Some of the companies they bought glass from were: Cambridge, Fostoria, and Heisey. In 1960, Lotus purchased the Glastonbury Company and the name was changed to Glastonbury/Lotus.