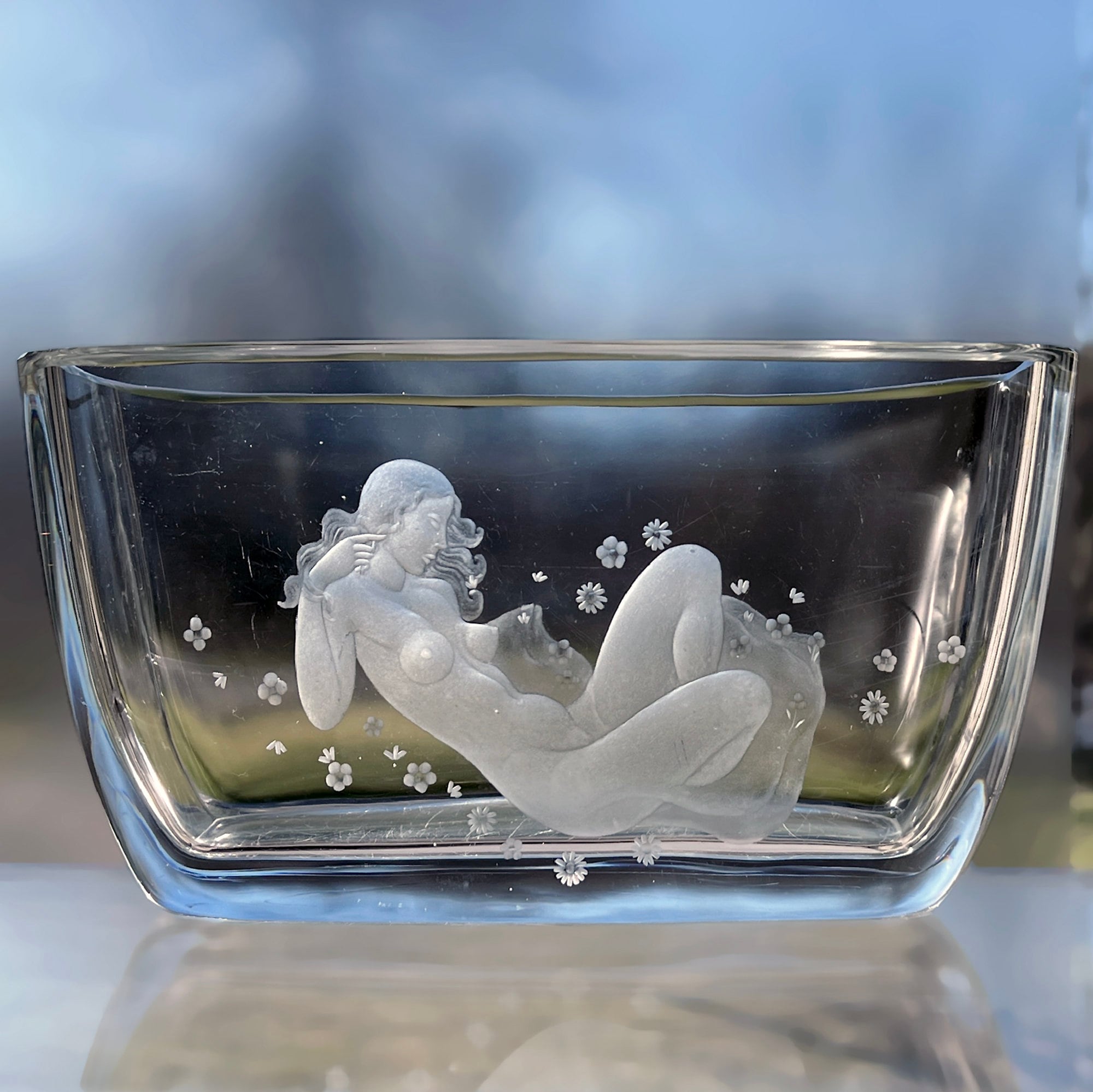 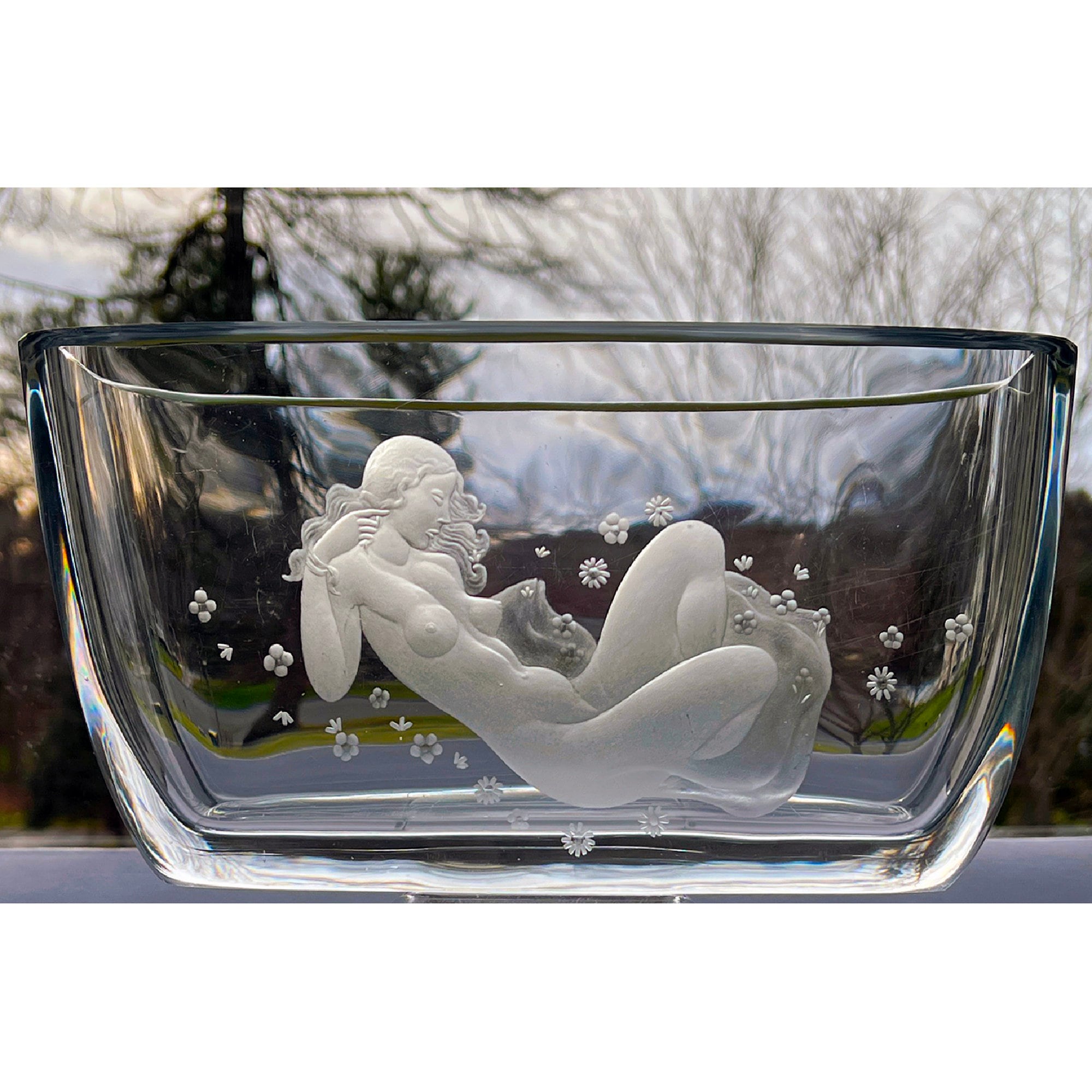 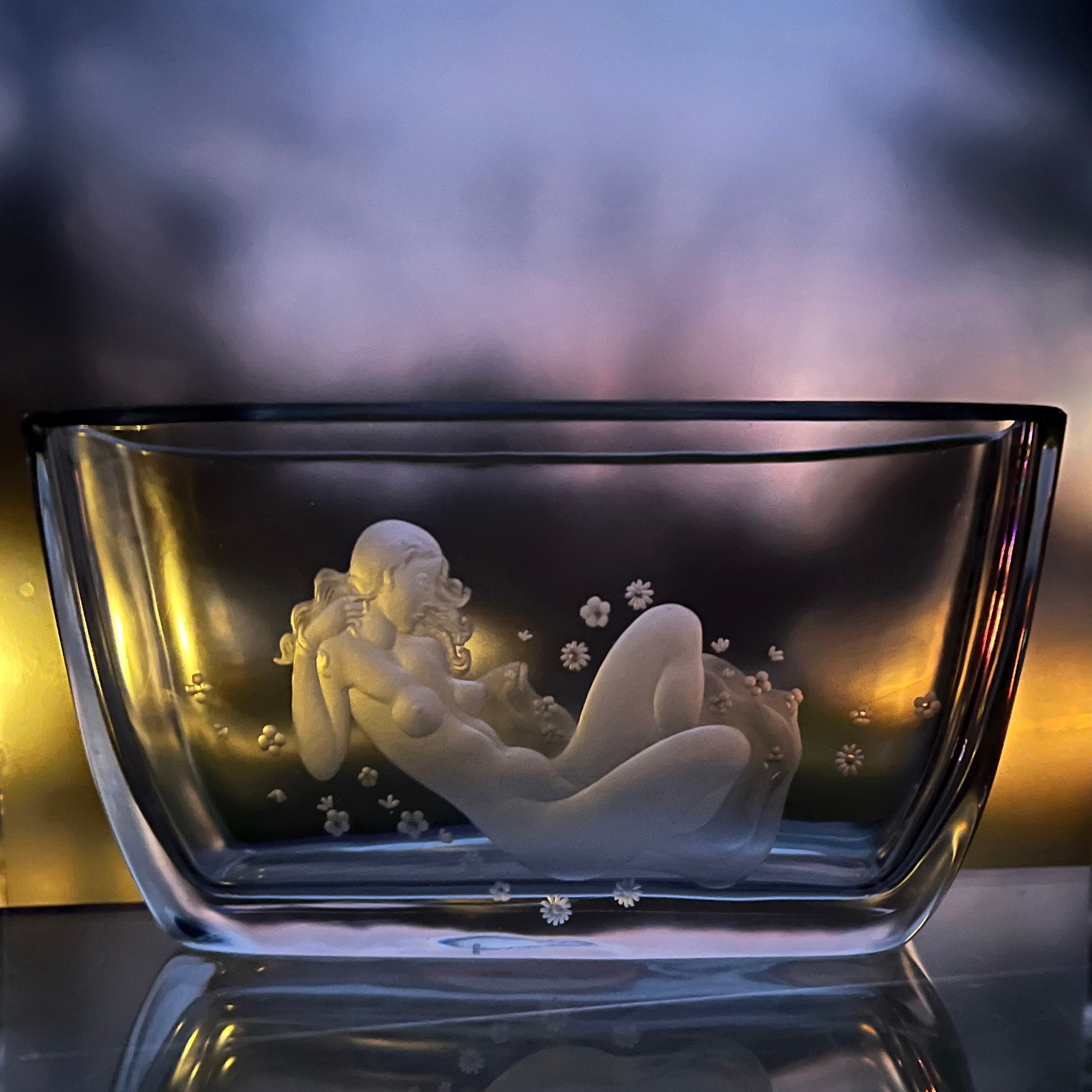 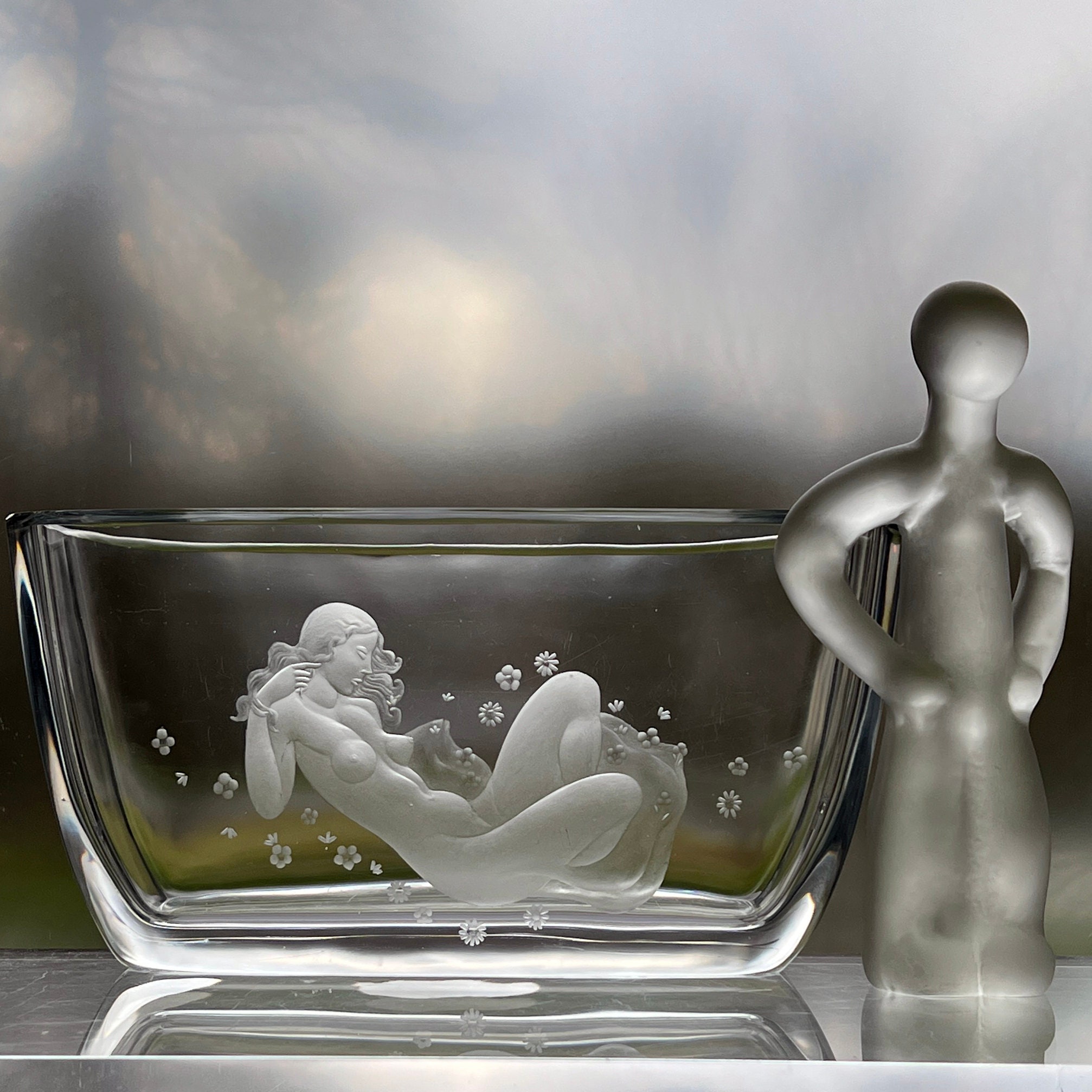 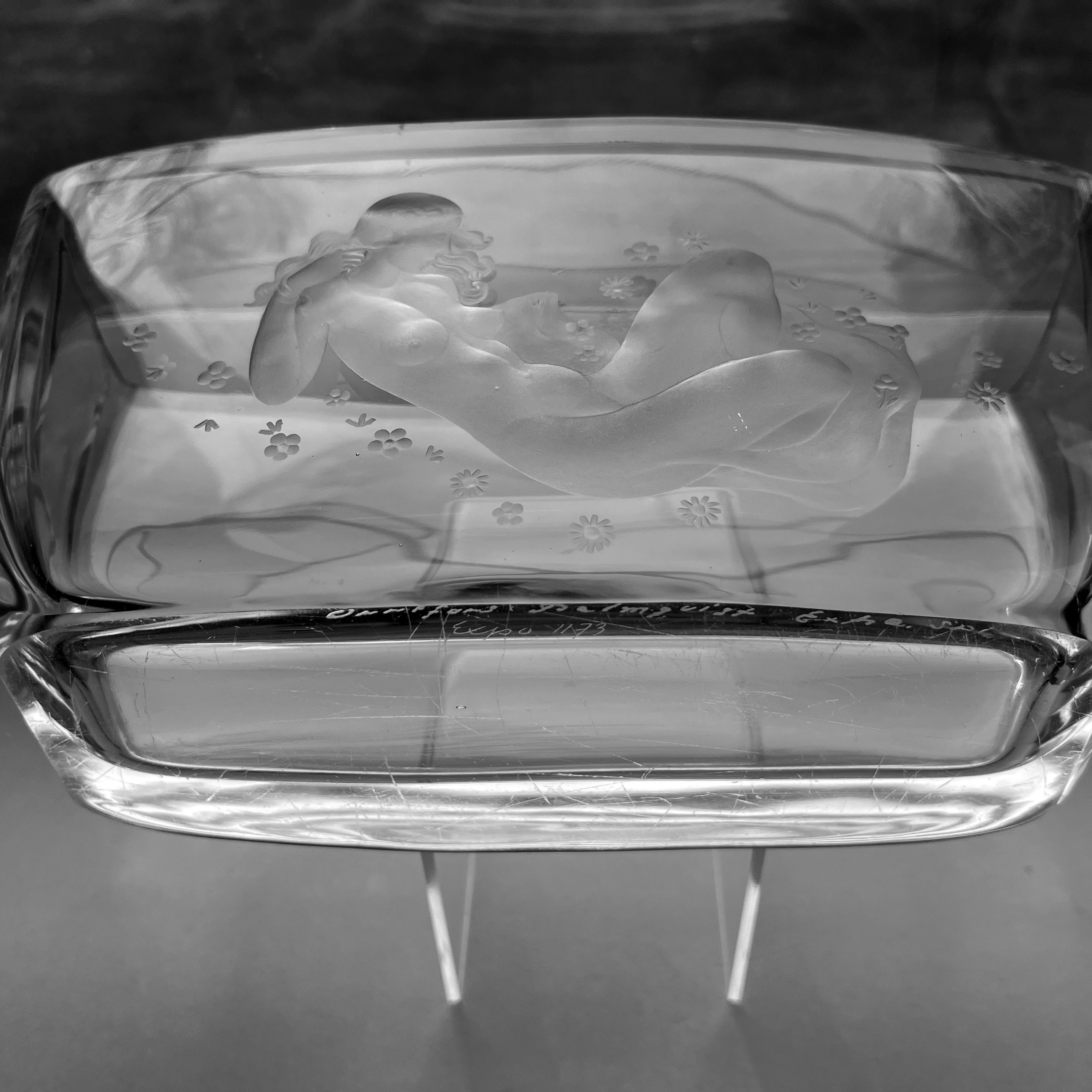 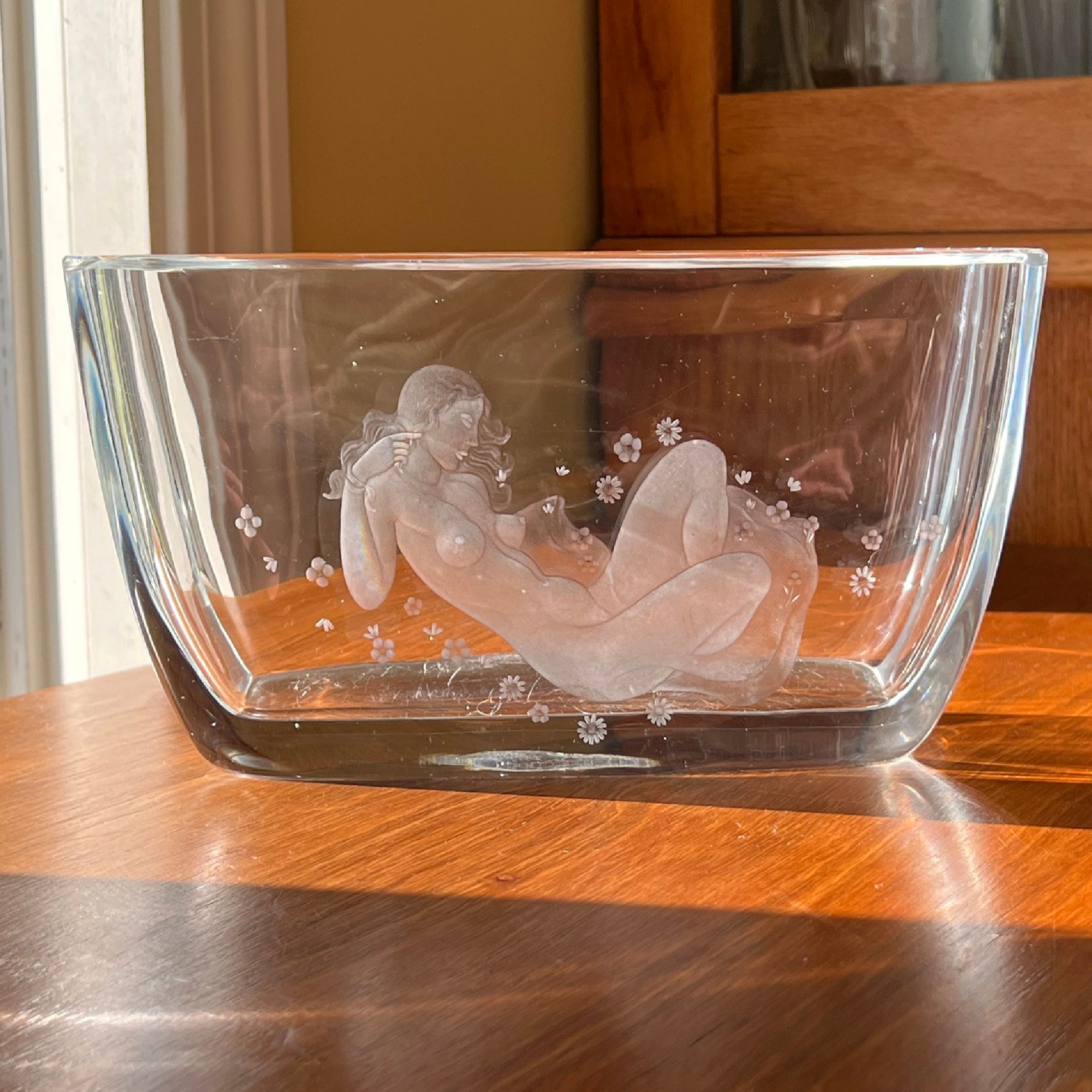 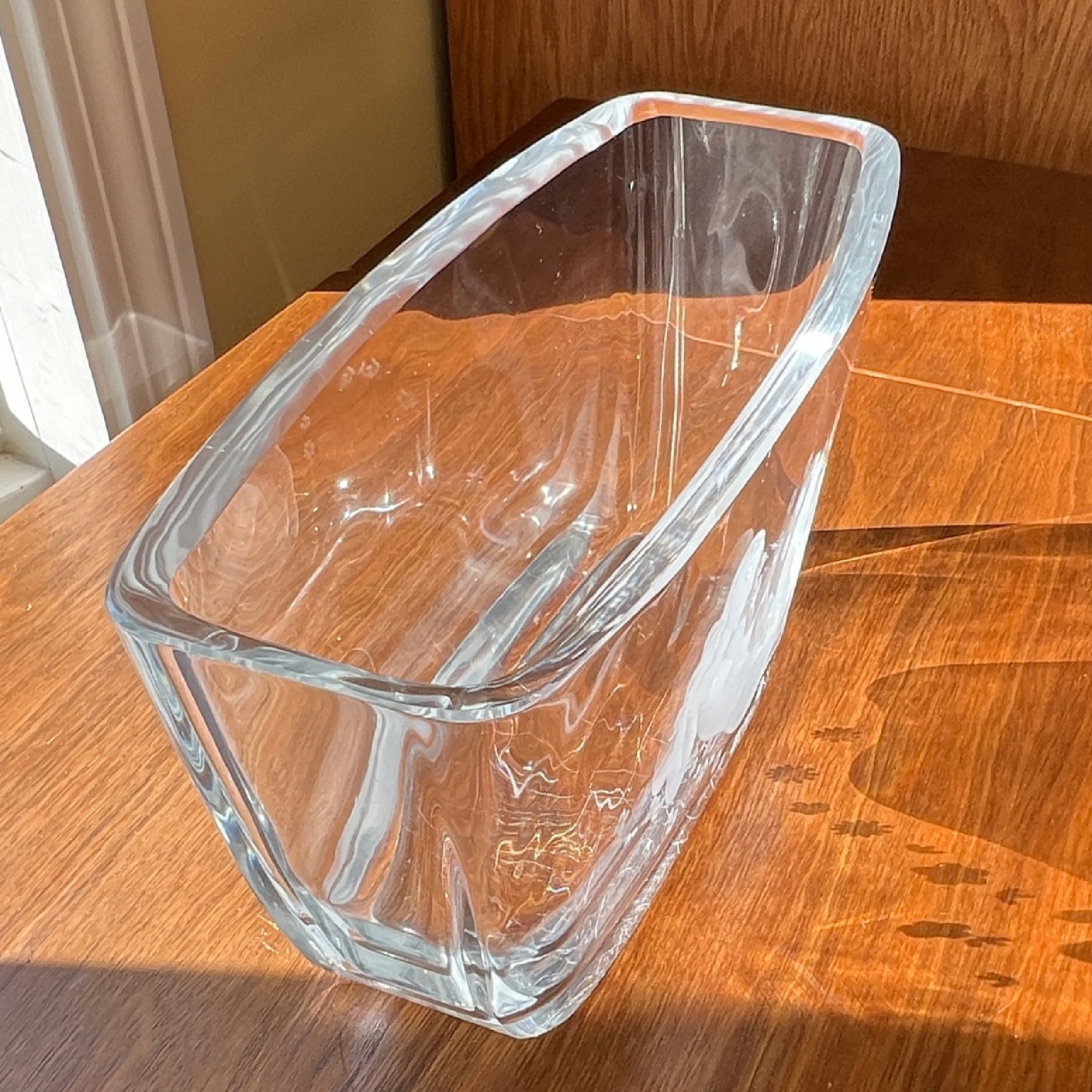 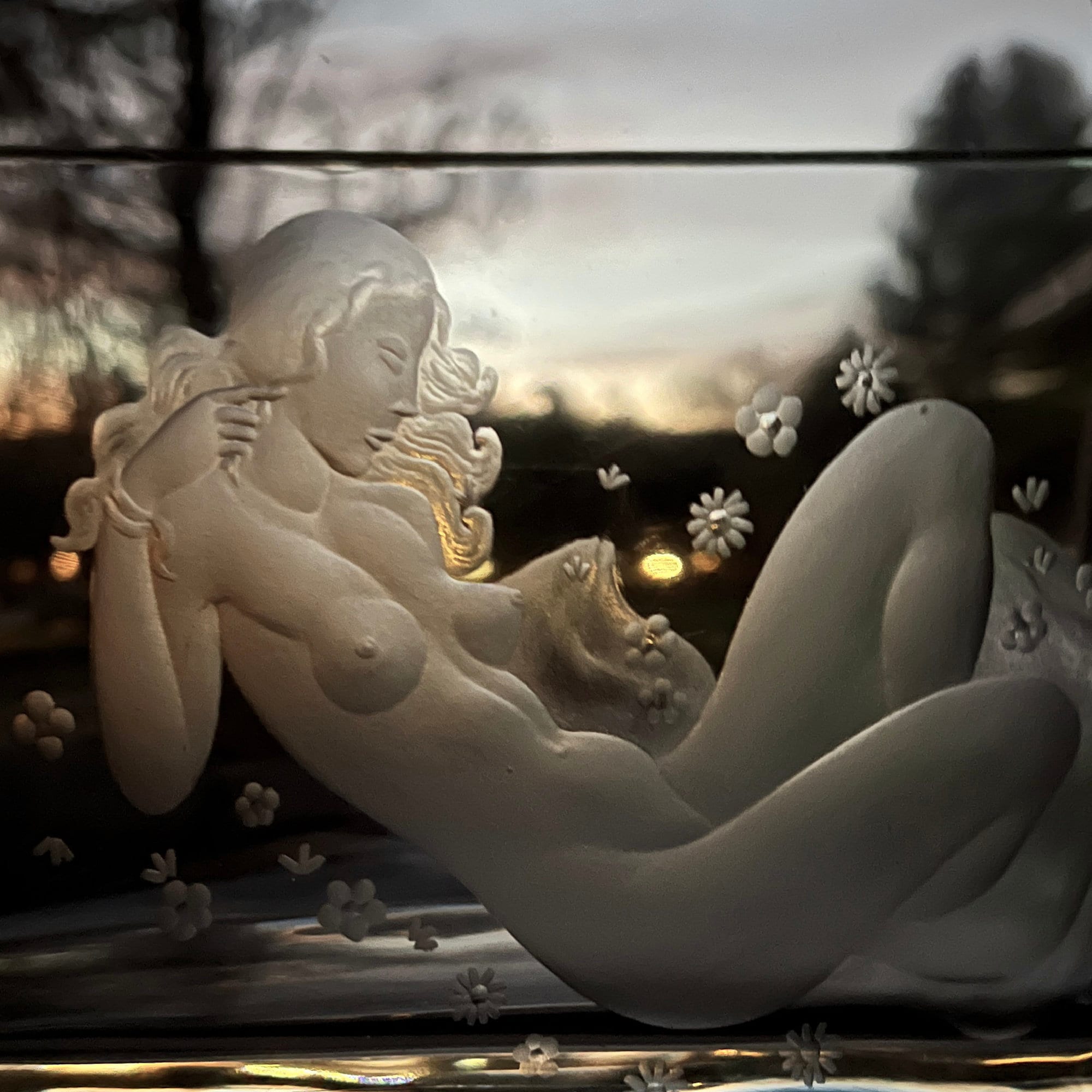 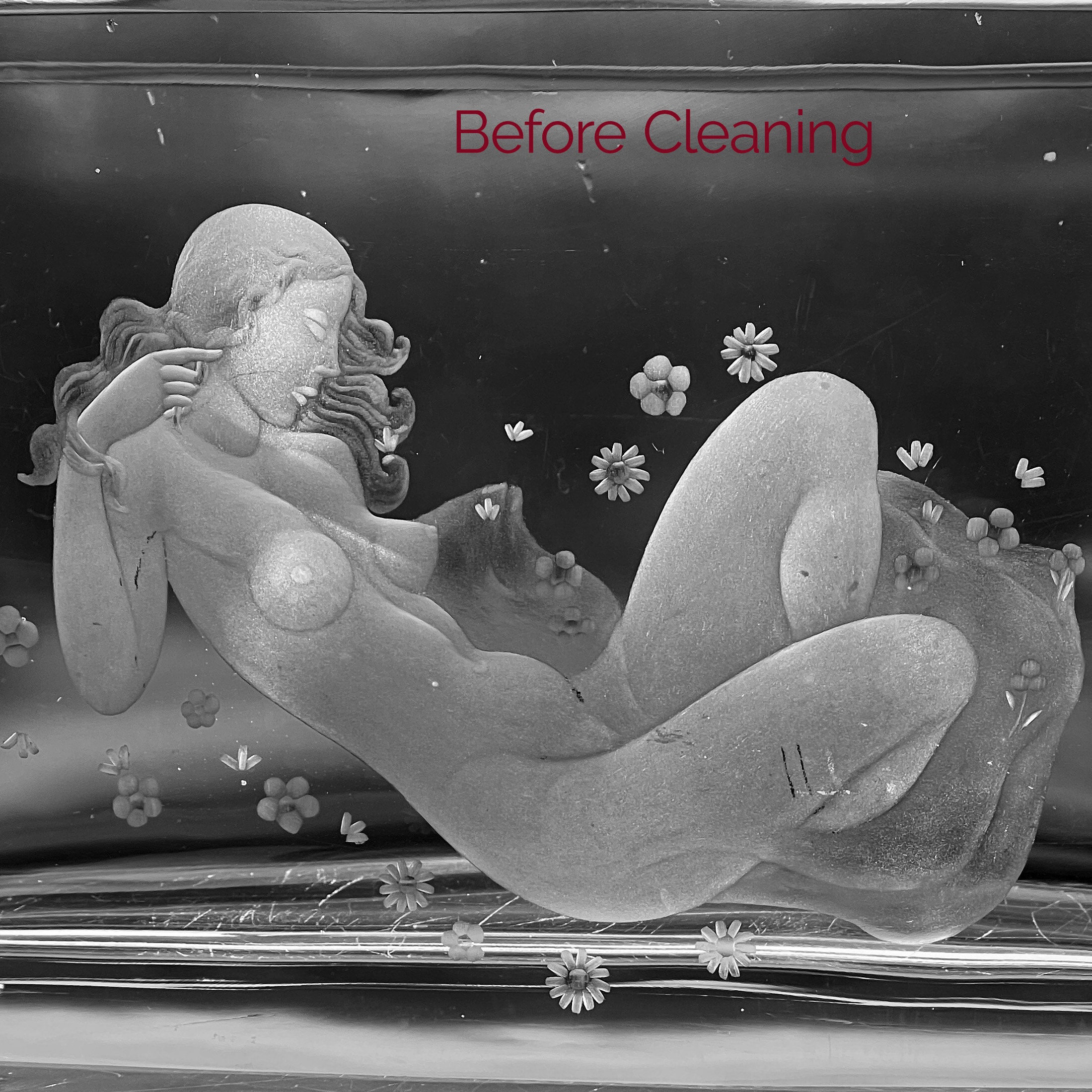 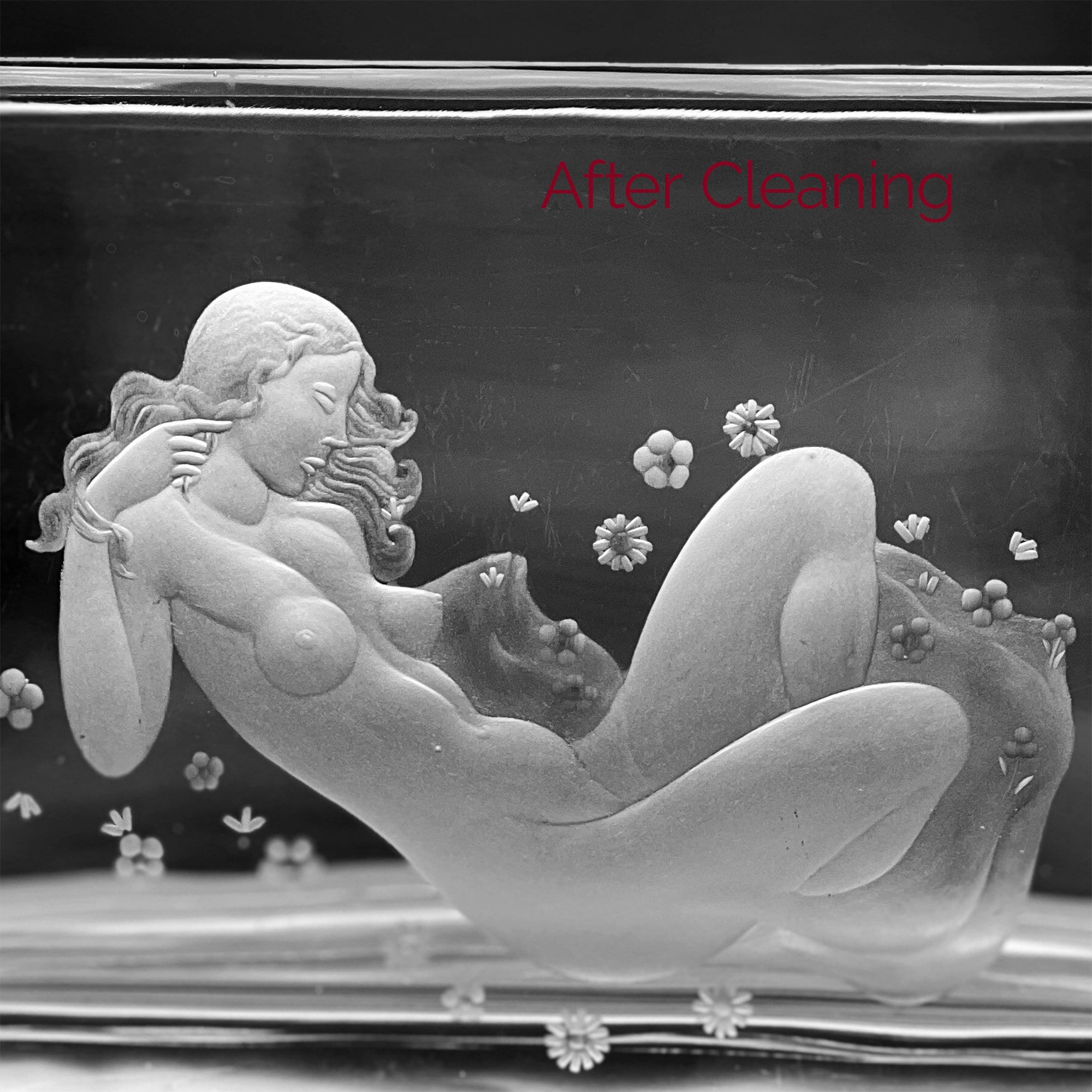 This stunning piece was designed by Sven Palmqvist at Orrefors Glassworks in Sweden. It has a classic jardiniere shape, but it's not meant to grow plants in. Instead, enjoy it as an objet d'art, or perhaps to hold a few special correspondences. The base has two signings: the first says, "Orrefors Palmqvist Expo SP" and the second says, "Expo 1173". The Expo mark means it was made for an exposition or as a sample for possible production and not included in the catalogs. The initials indicate it was copper-wheel engraved by Sten Petersson, who worked at Orrefors from 1922 to 1969. From the second signing, I can determine that the motif was designed in 1949, using a published source.

The vase has a fair number of small scratches - a testament to a life well-lived. When I acquired it, someone had used a black wax pencil on the scratches in the engraving - likely to mark them. (See photo.) I have cleaned them carefully, and though not perfect, they no longer stand out. This is a big piece - it weighs just over 6 pounds and it is 4" wide, 10" long, and 5" high.