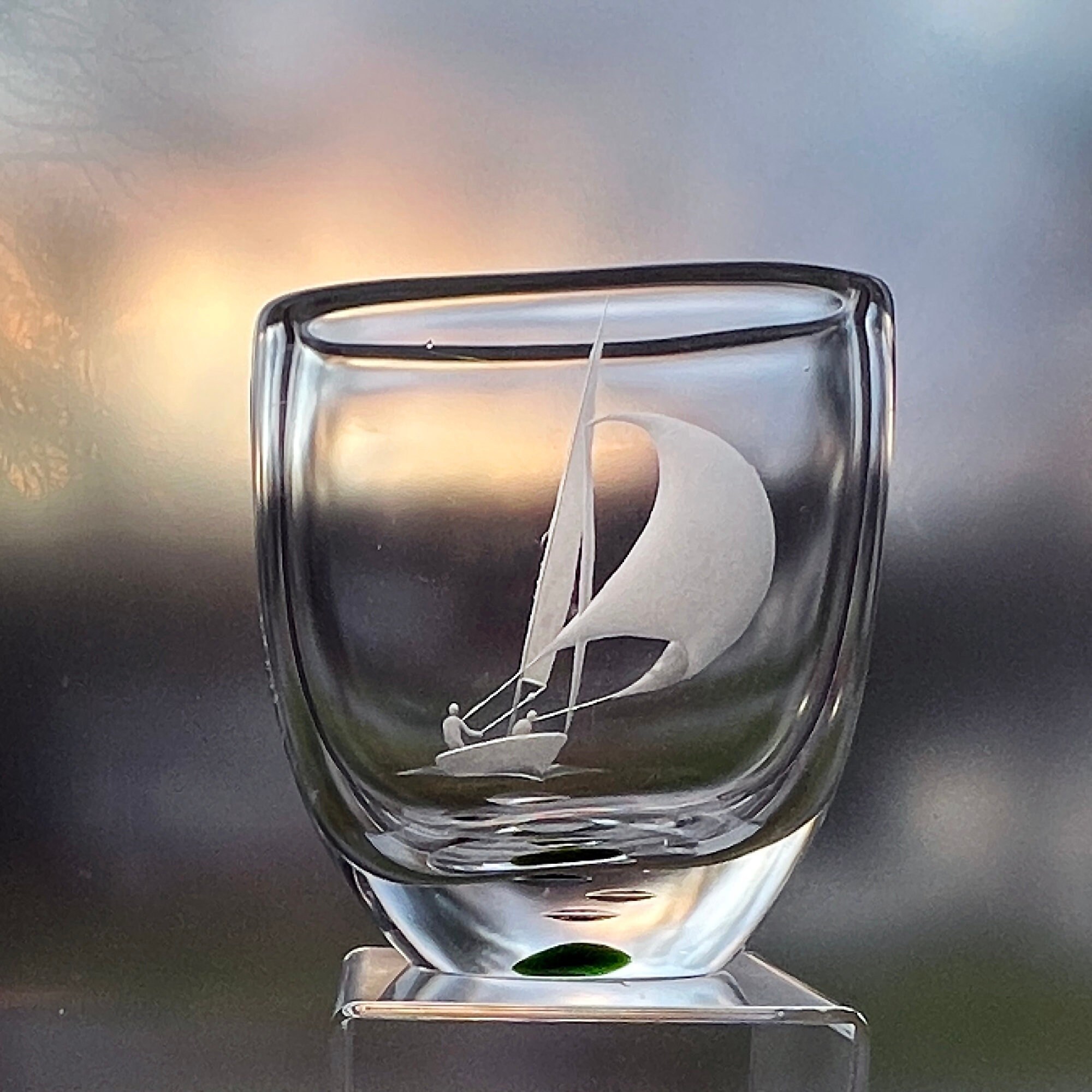 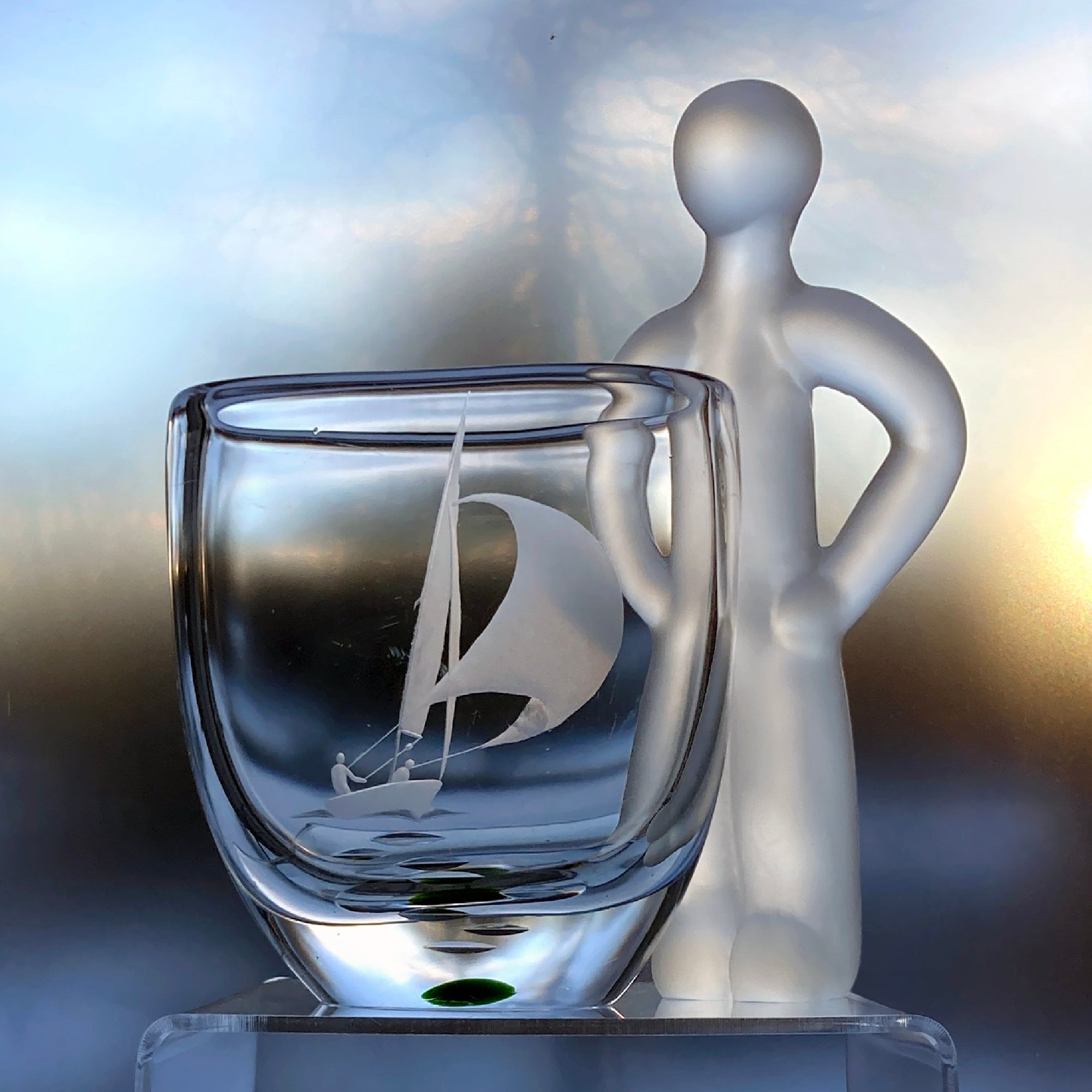 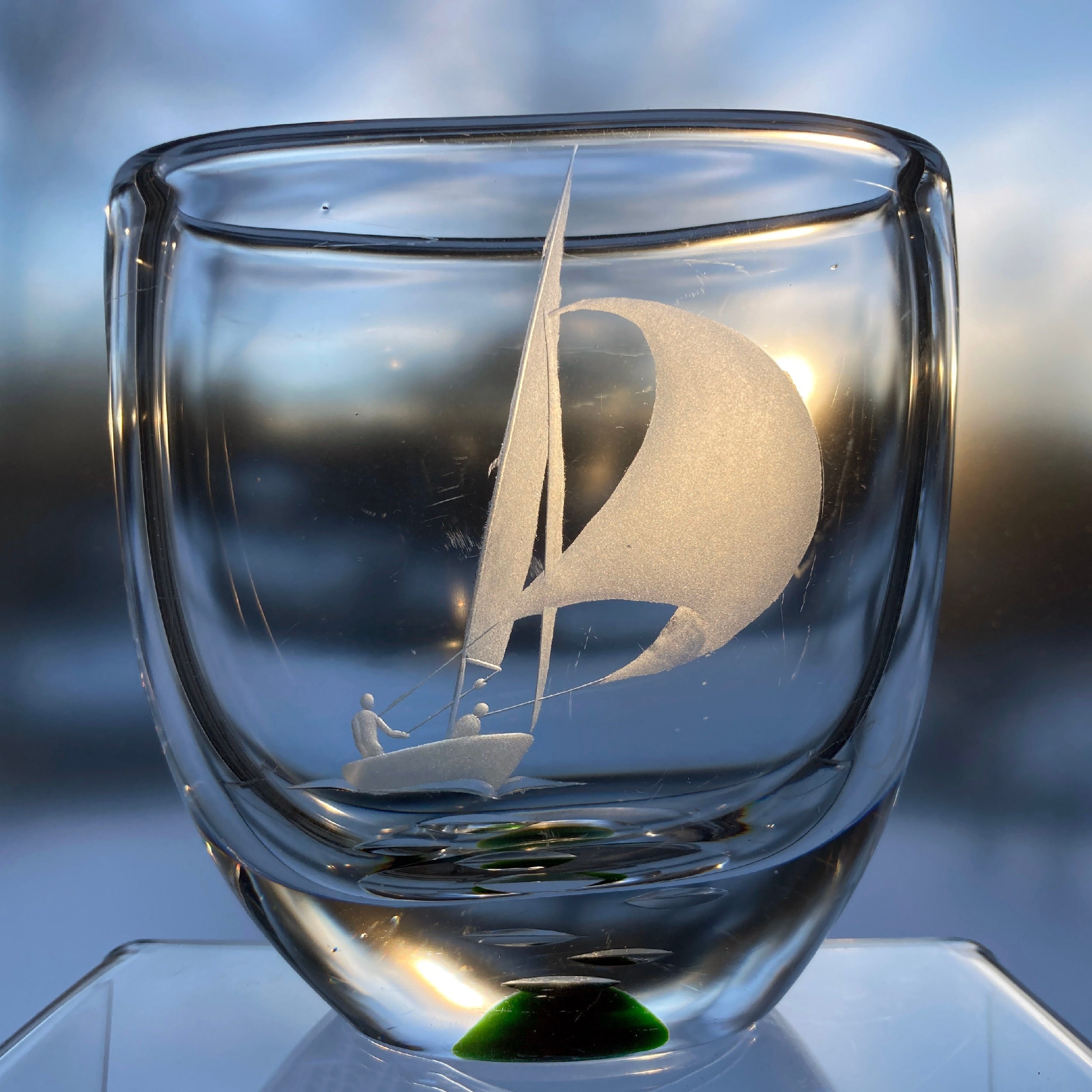 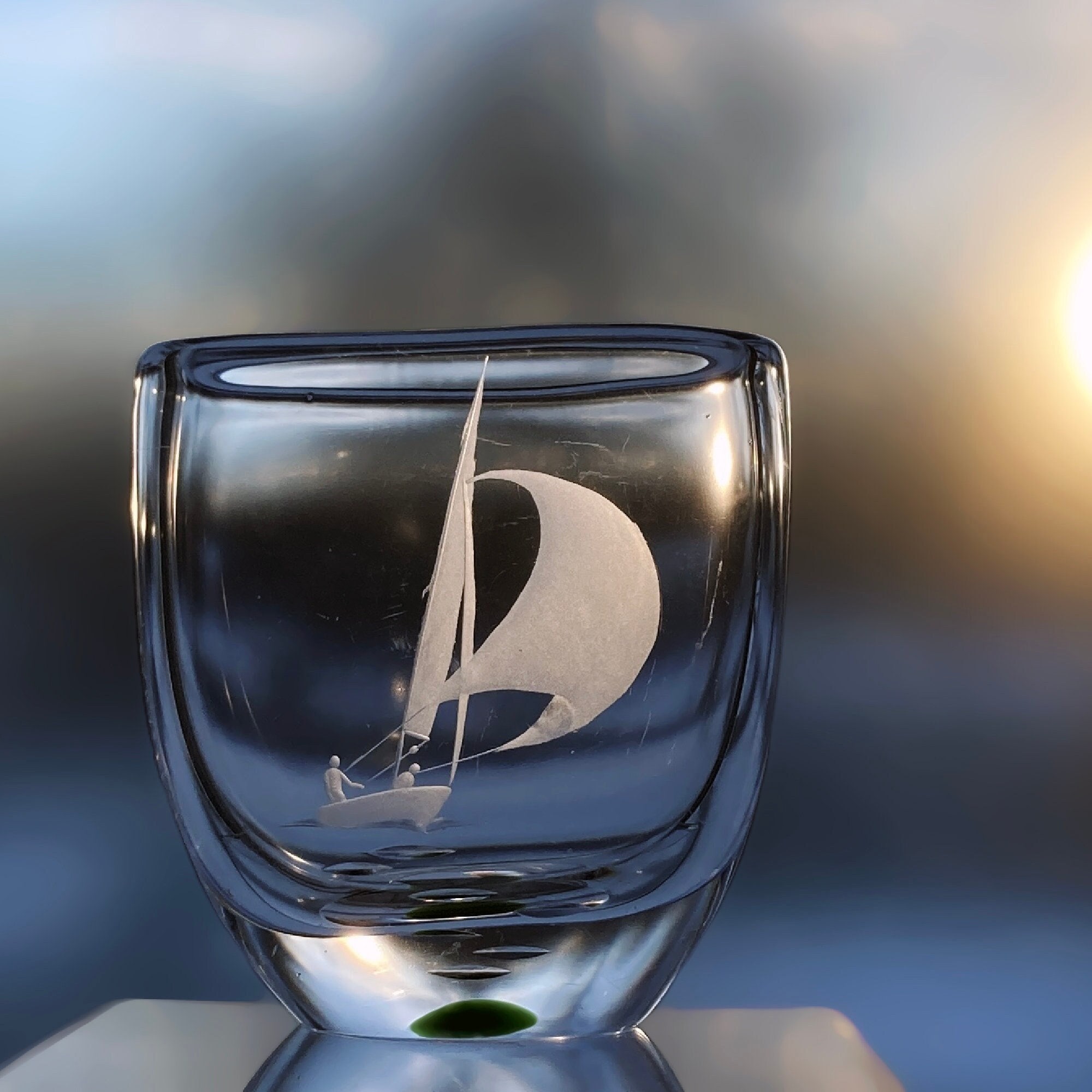 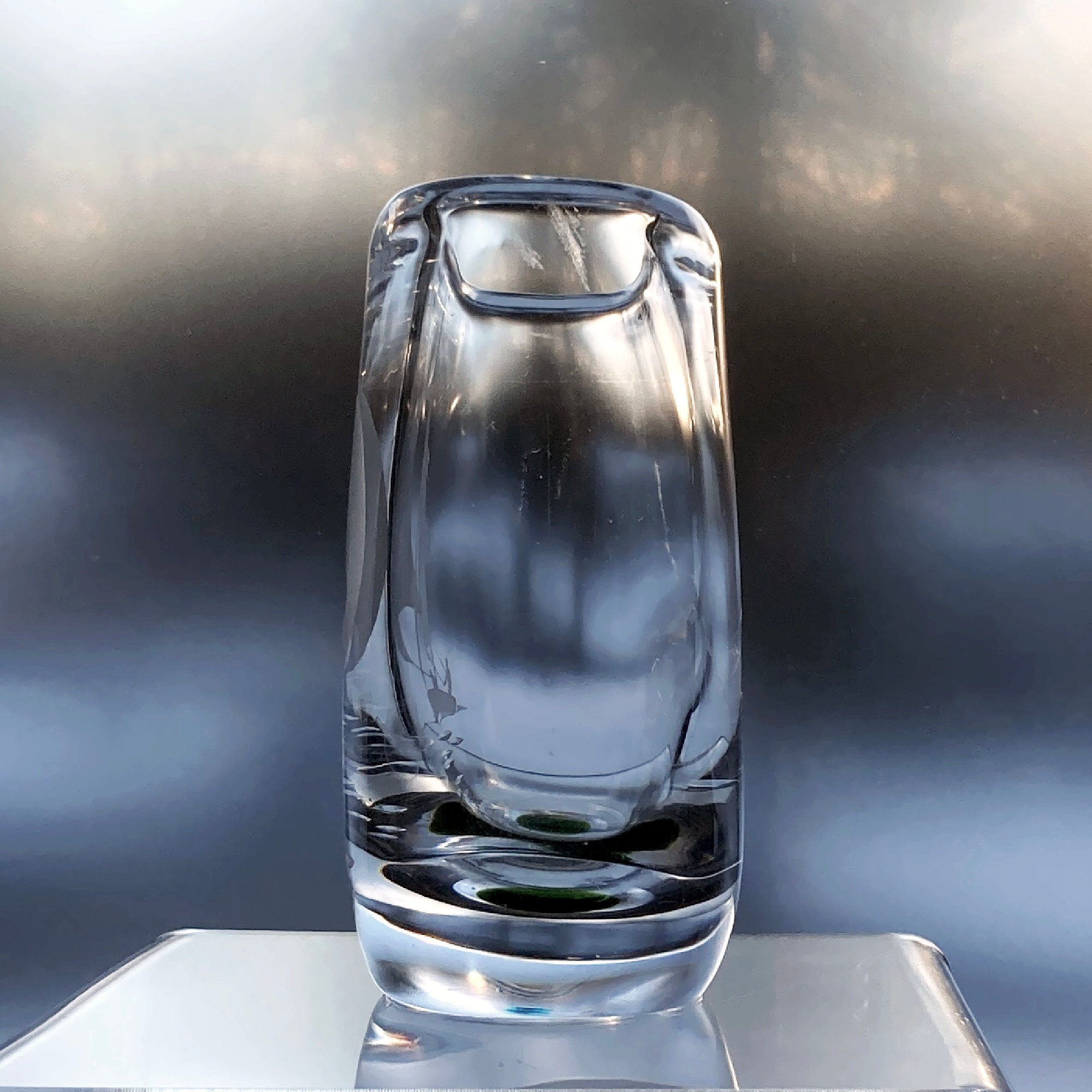 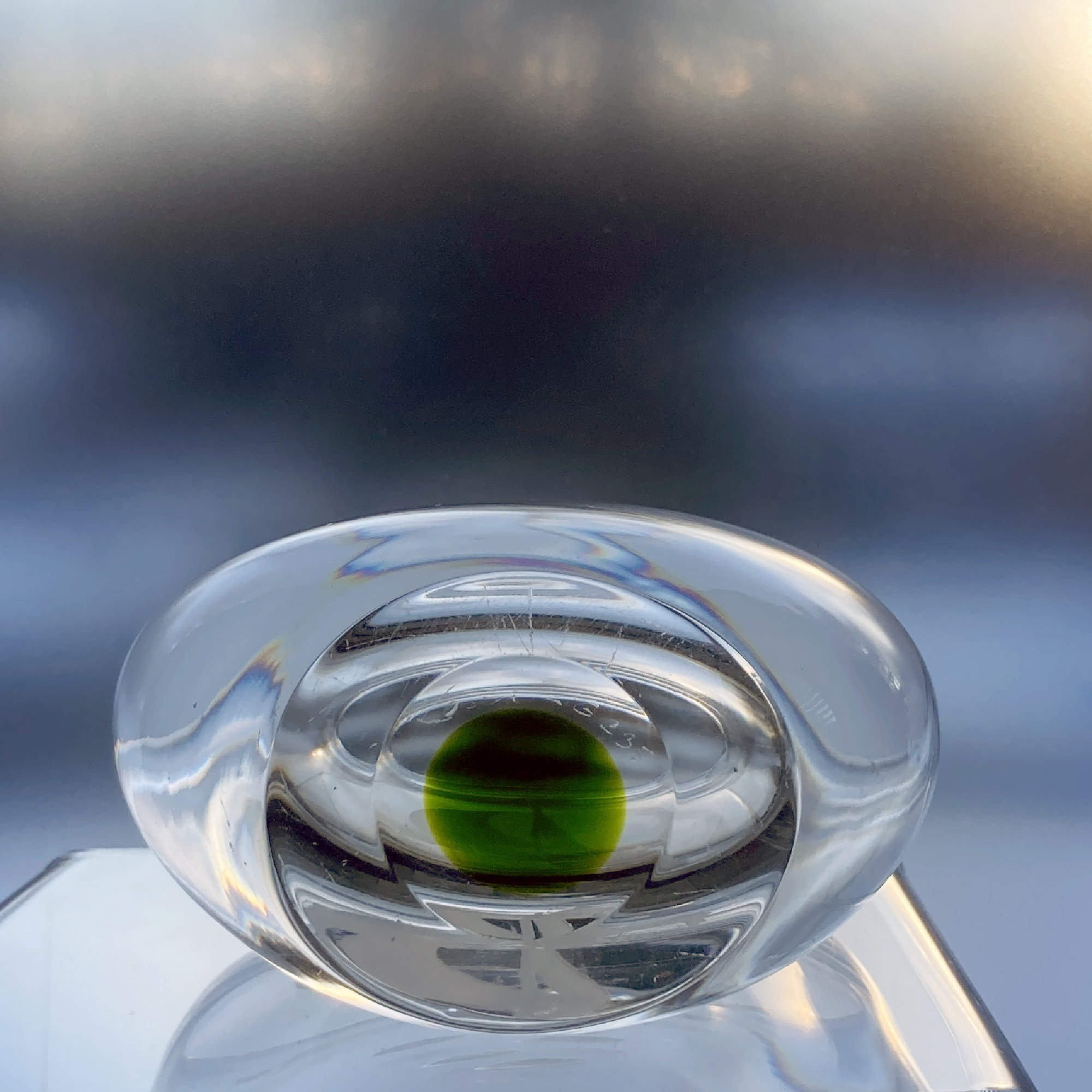 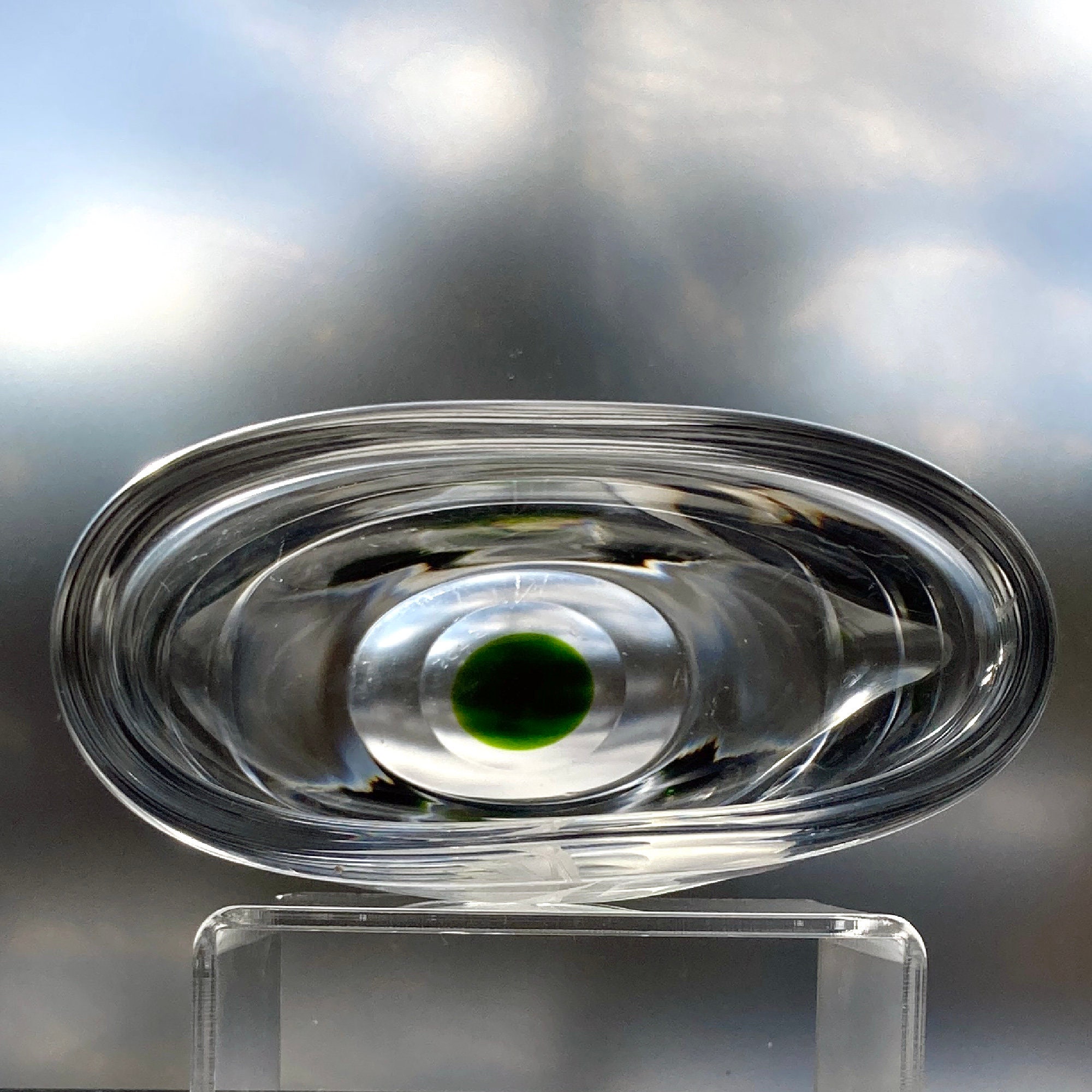 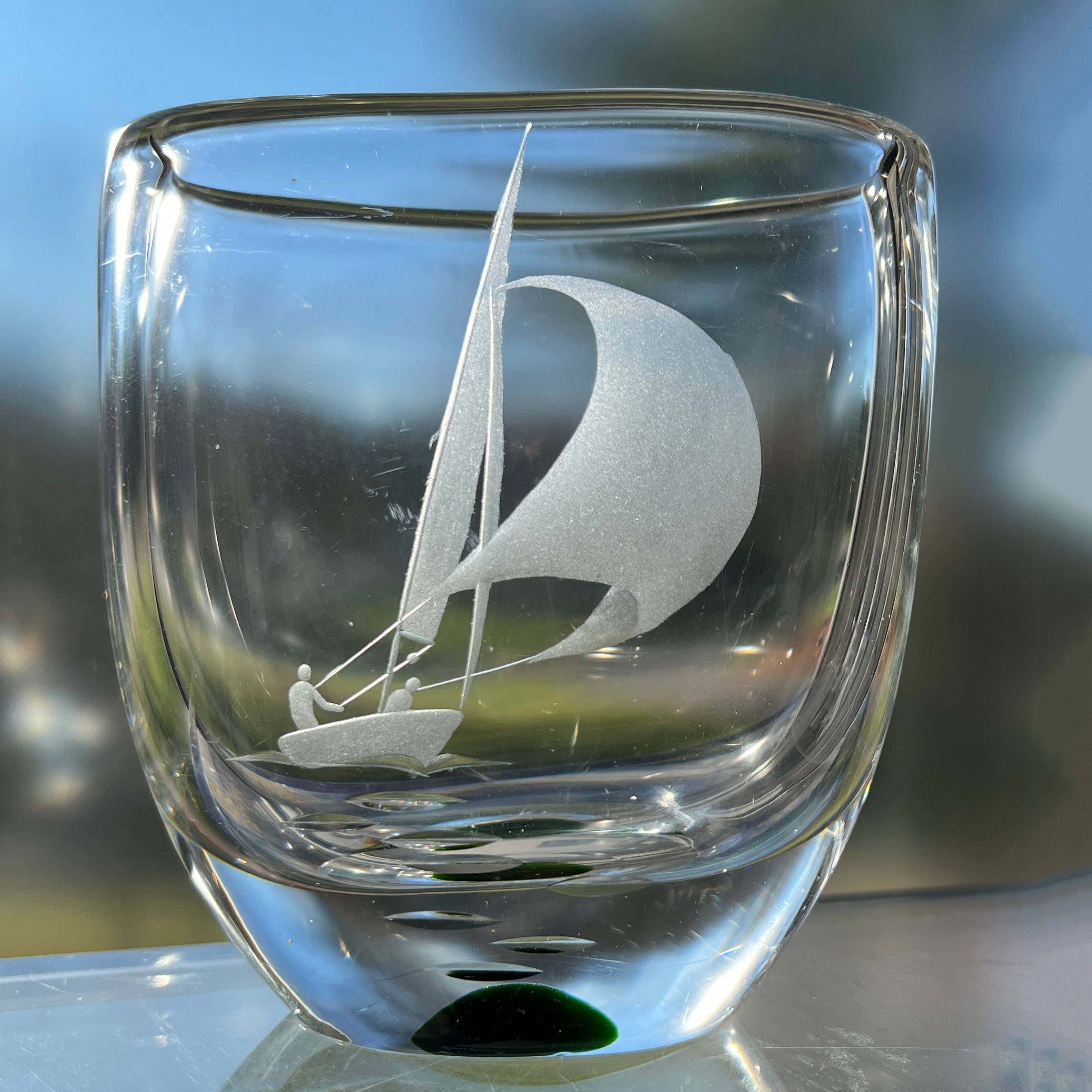 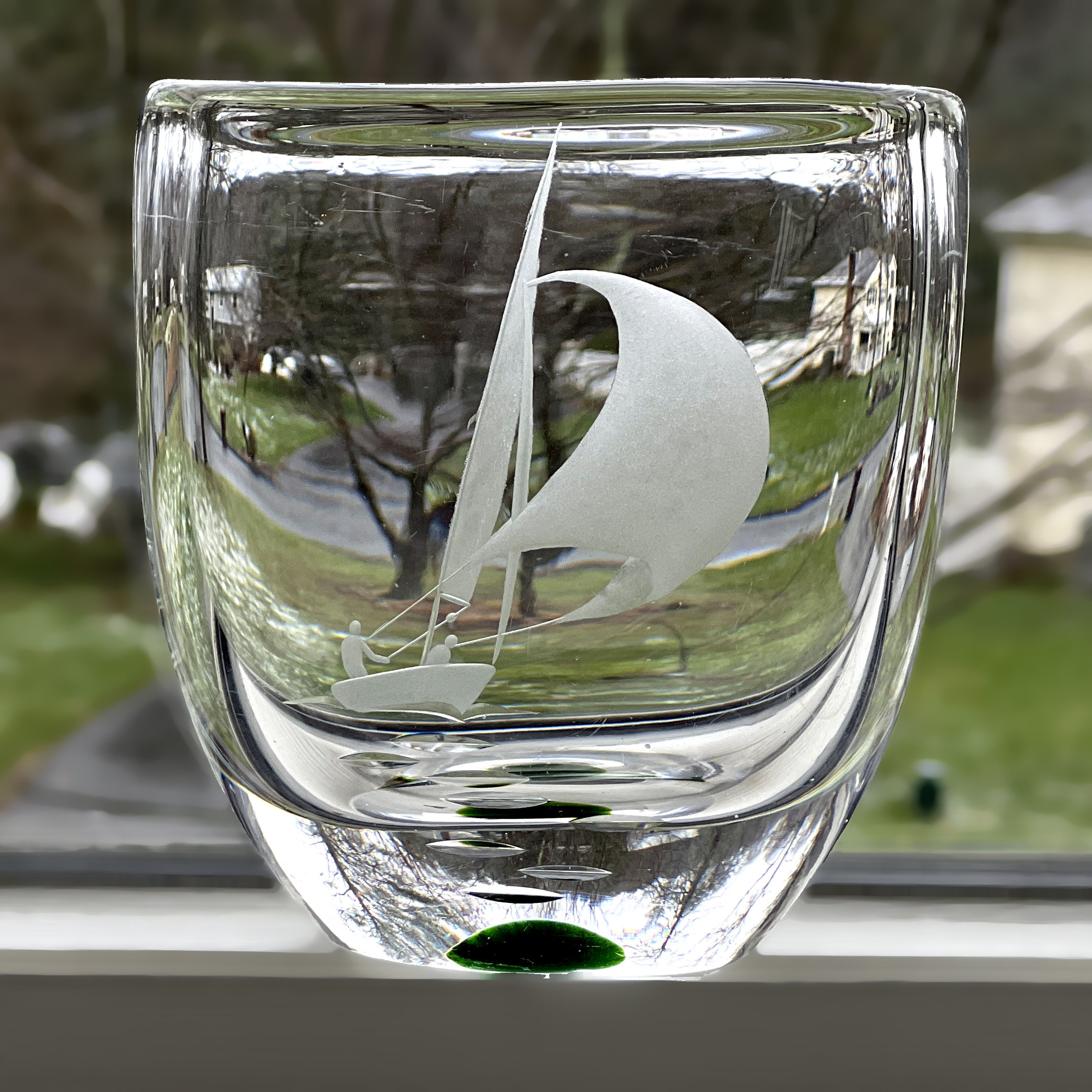 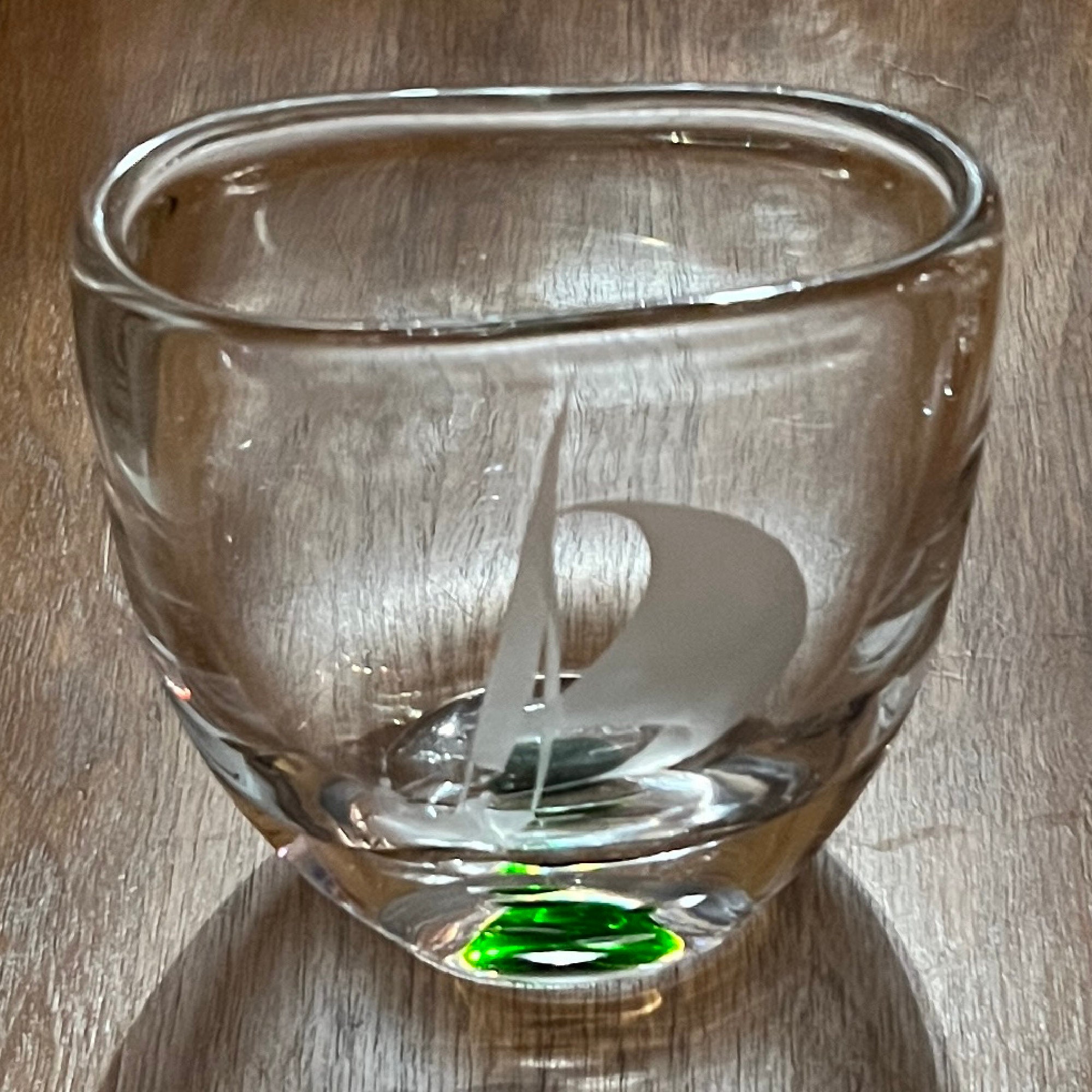 The charming sailboat, plying the seas on this Swedish art glass vase, was designed by Vicke Lindstrand. The code on the base tells me that this vase was designed in 1958-59, but it may have been made later. The vase is a perfect size for display, 4.5" x 2" x 5", and it weighs almost 2 pounds. There are a few small scratches, which are expected as signs of usage. I love the heft of this piece - the freeform, handblown glass feels solid and looks substantial.