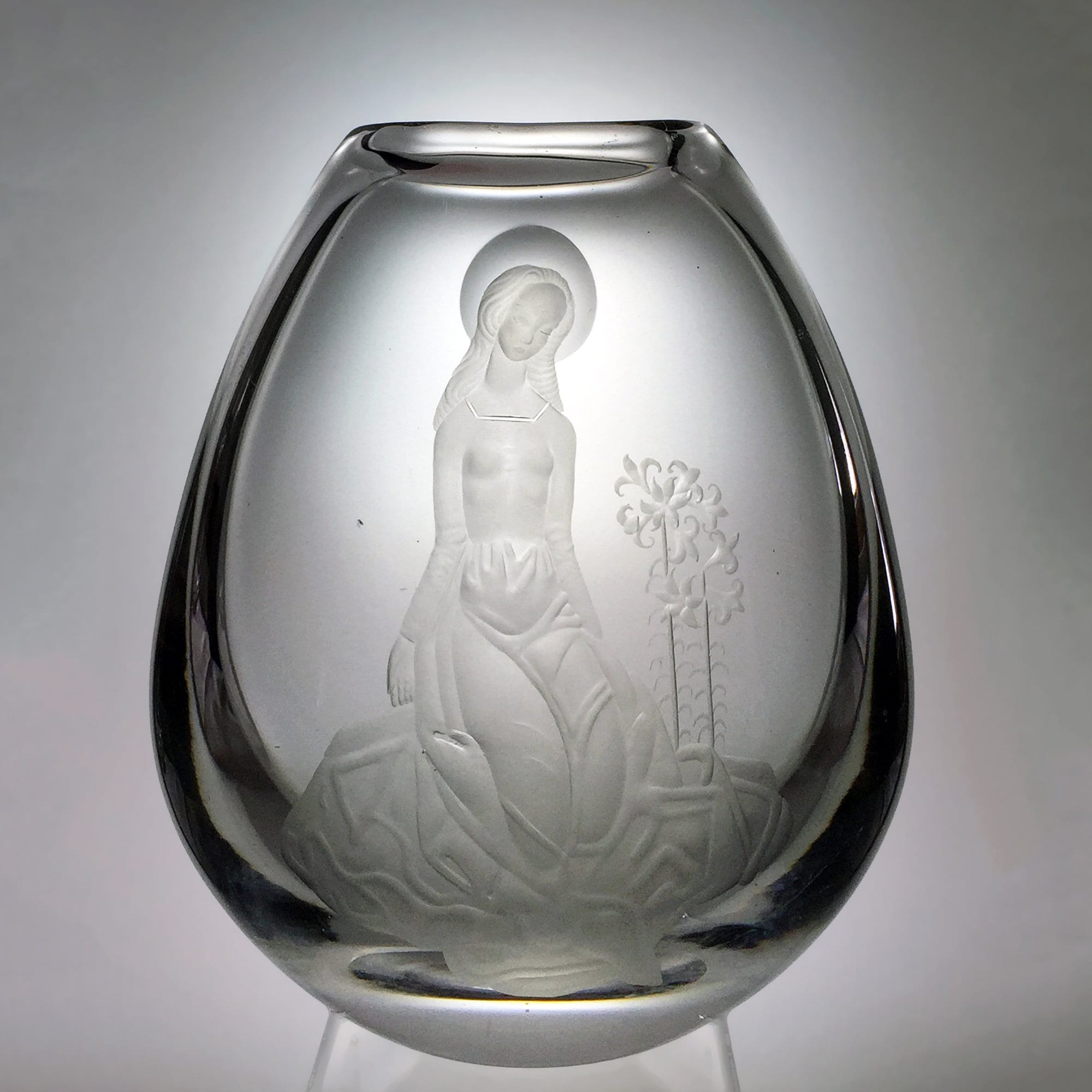 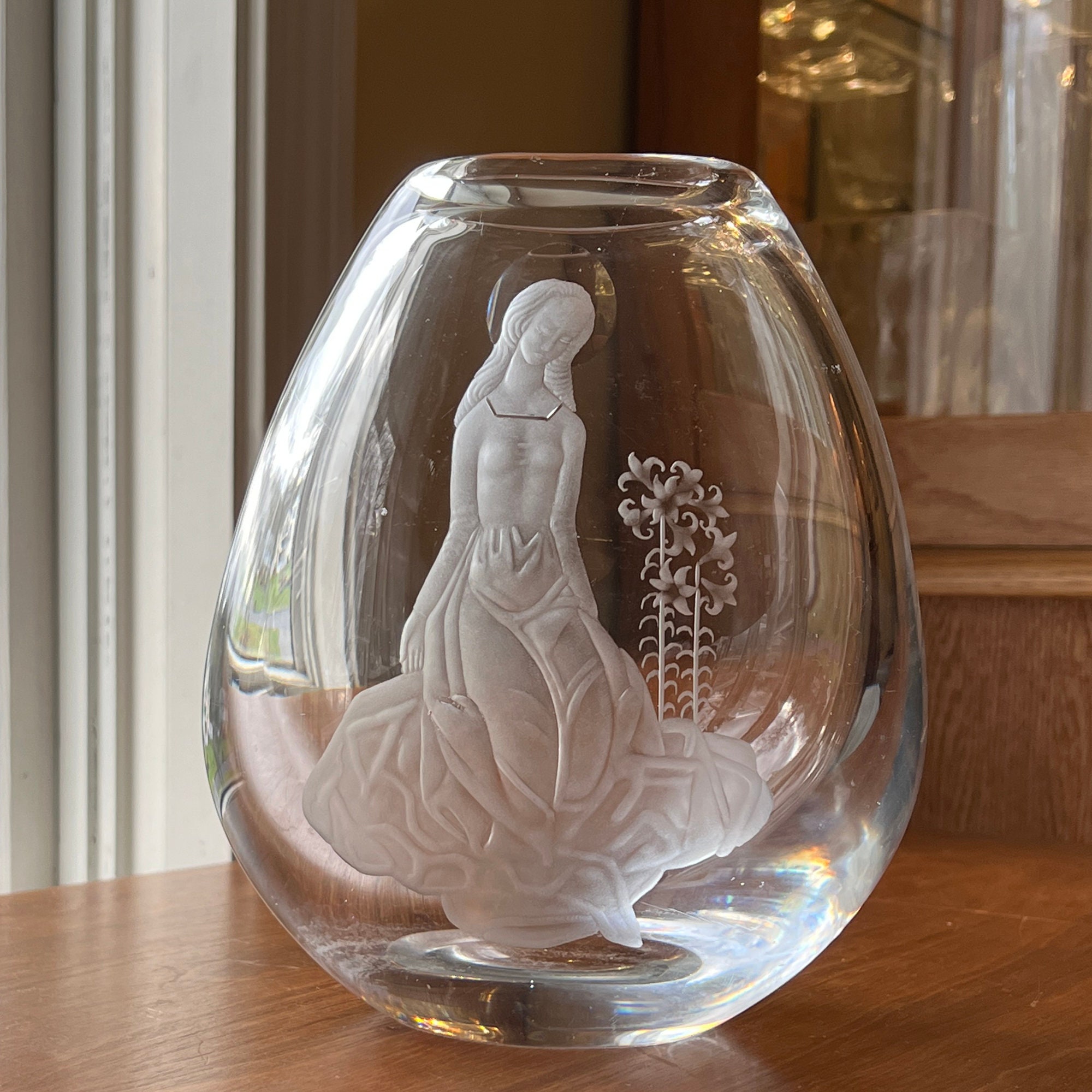 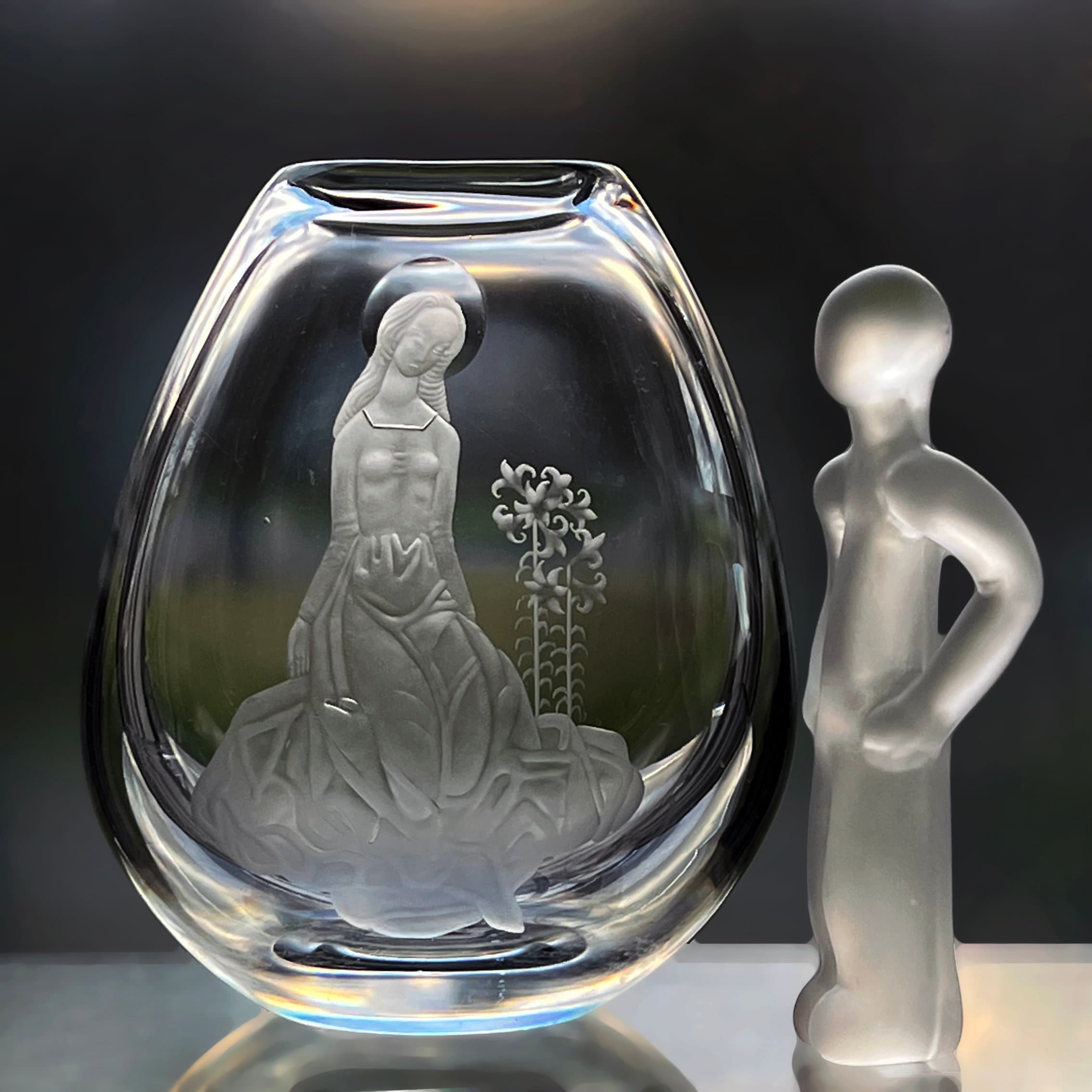 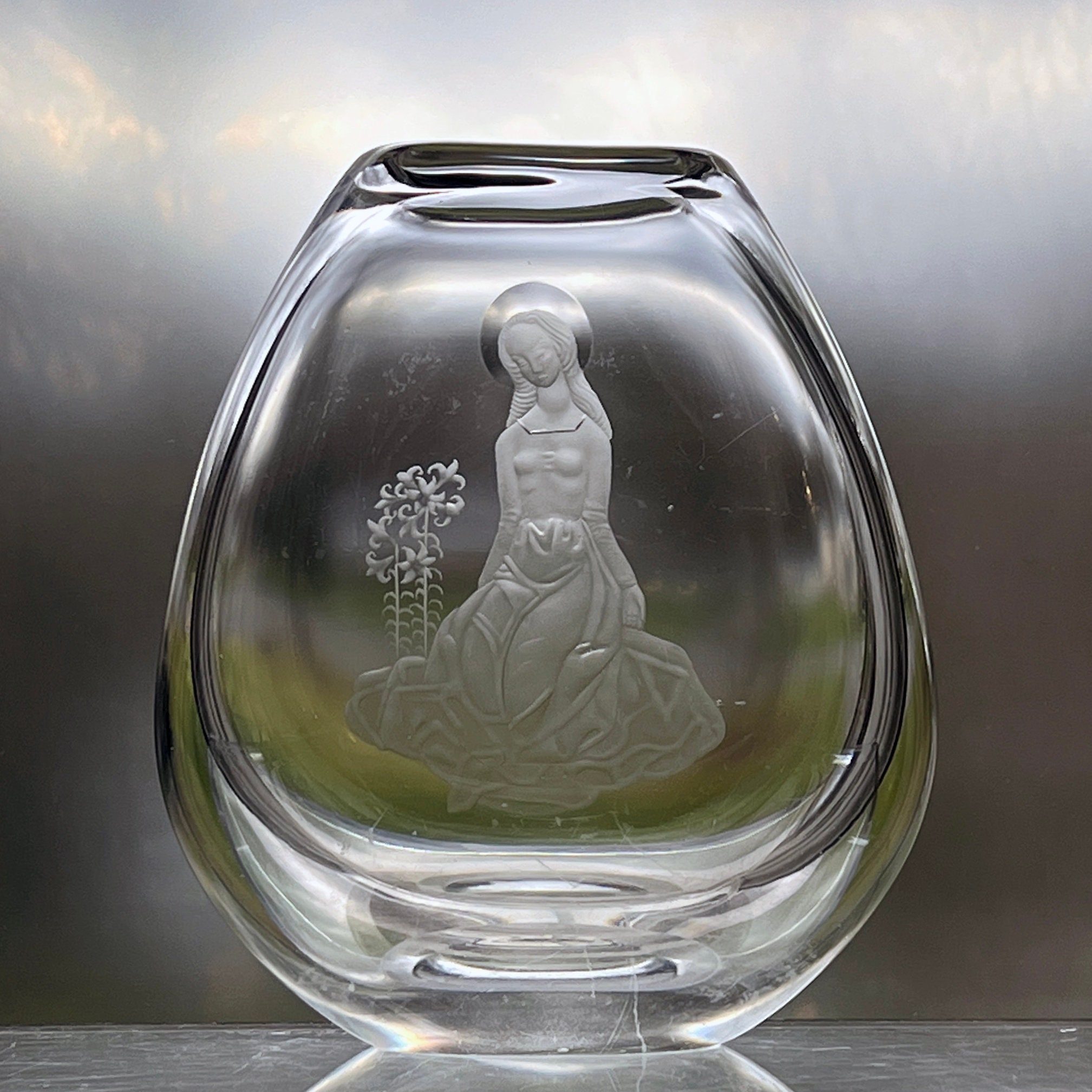 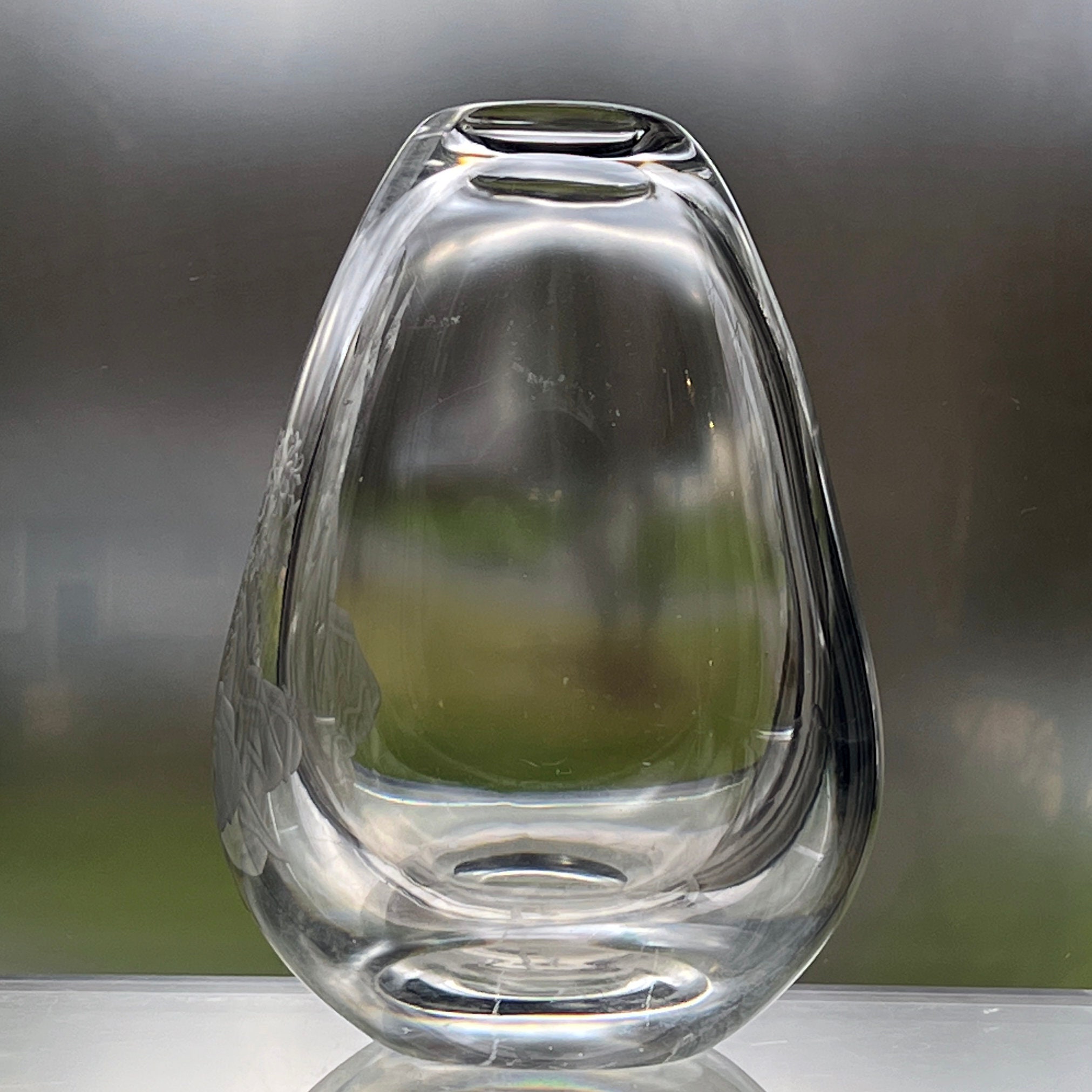 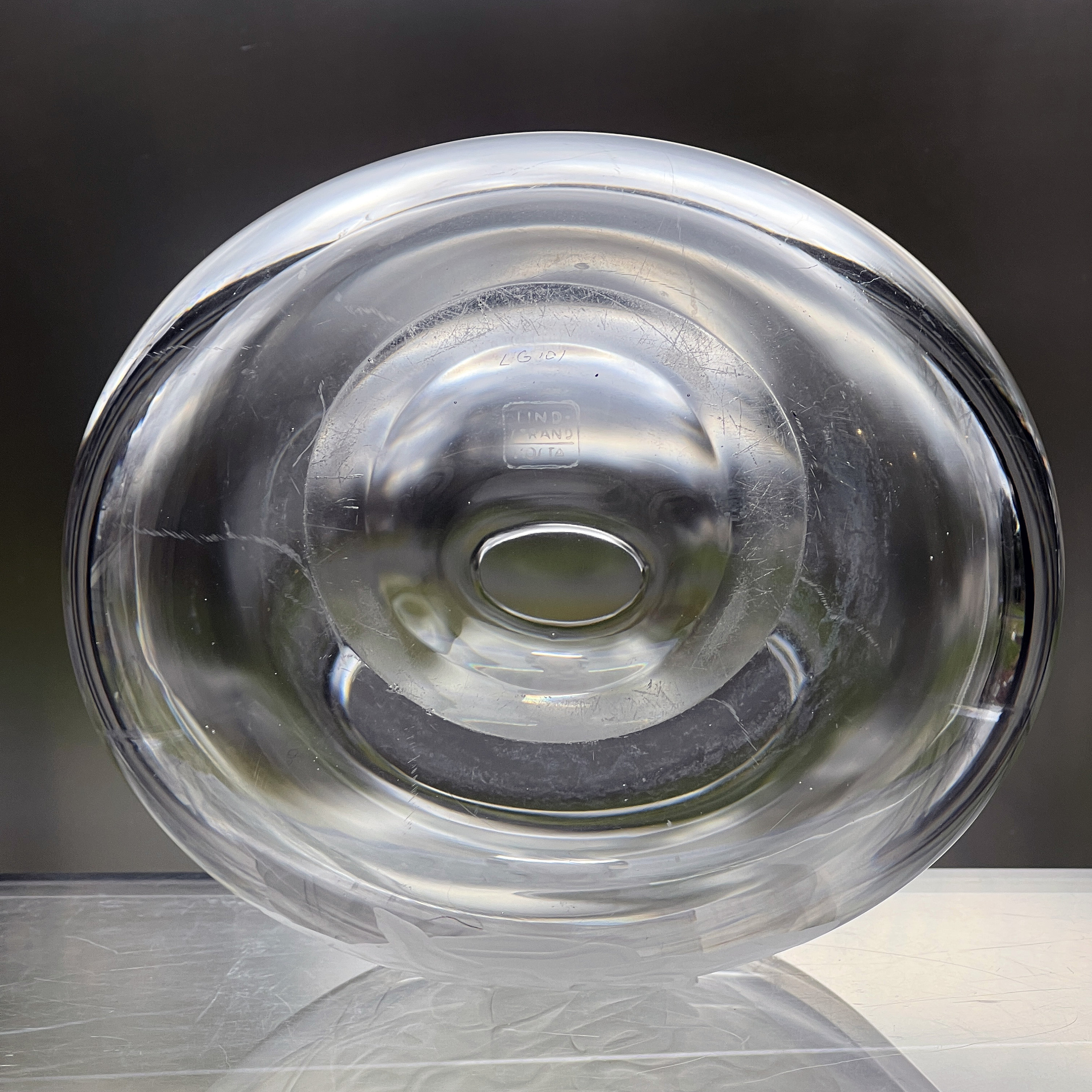 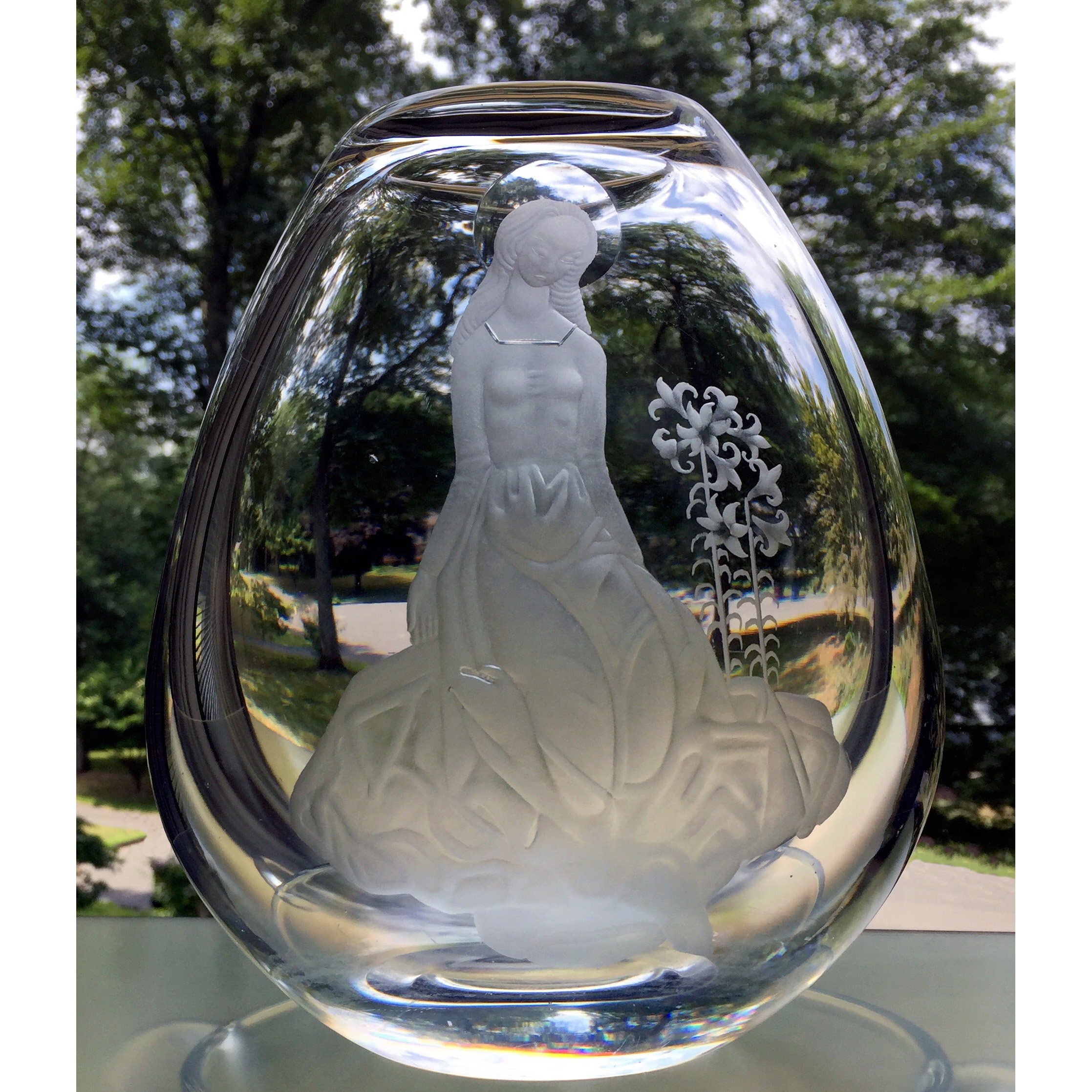 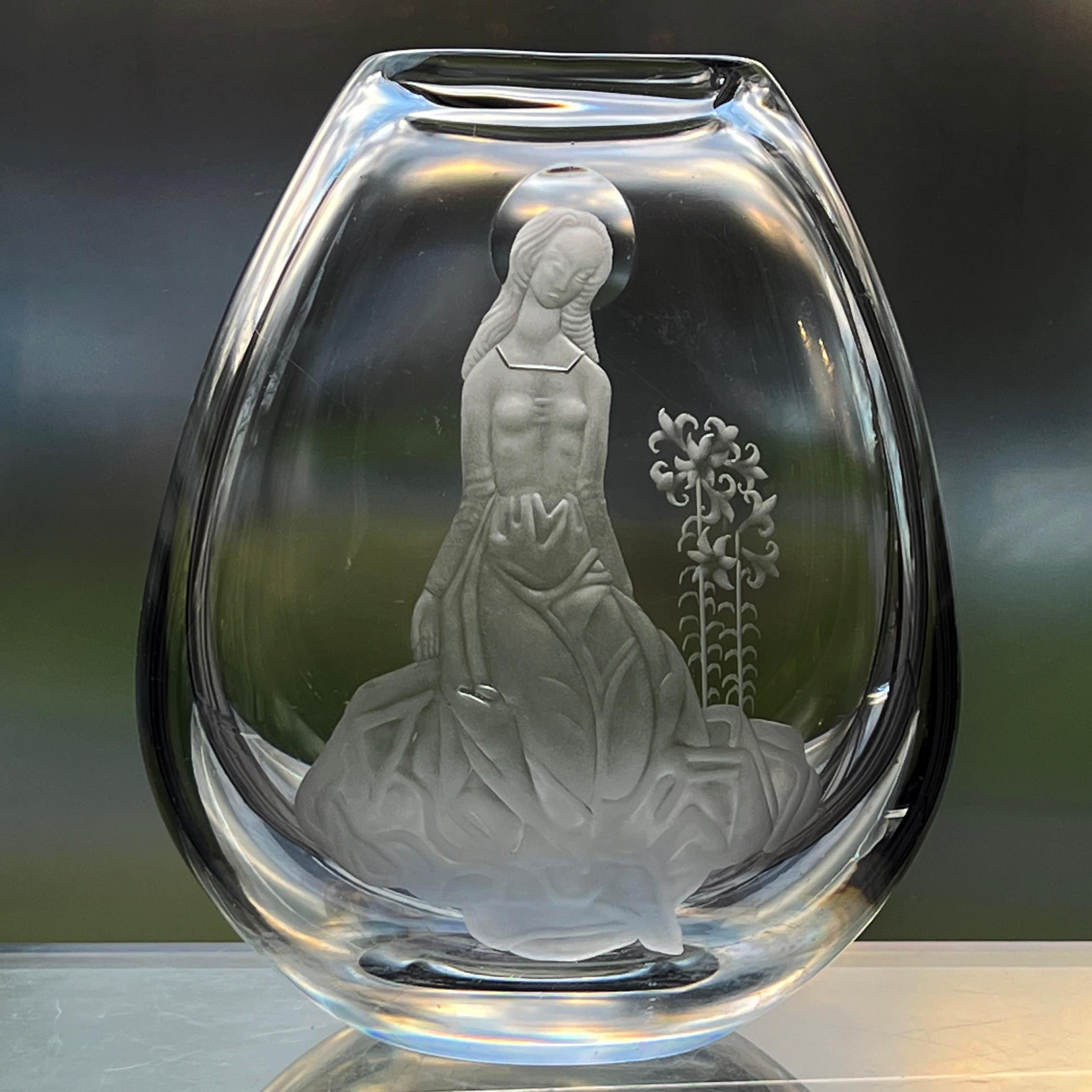 This large clear Swedish crystal vase was designed by Vicke Lindstrand and made by Kosta Glassworks (before the Kosta Boda merger). It features an engraved decoration of the Holy Madonna. This design is number LG101, which tells me it is the first engraved motif that Lindstrand designed at Kosta. The body of the vase has an egg-like shape with a tapered rim, and it has a thick bulbous base. The vase measures nearly 10" high and 8" in diameter, and it weighs over 10 pounds! Besides the inevitable minor scratches, there is a small mark in the glass, on the back. It does not interfere with the way the vase displays.

The artist, Vicke Lindstrand (1904-1983) was born in Goteborg, Sweden, and started his career with Orrefors in 1928, where he remained until 1940. The tales of his departure vary, but it is known that he was under an agreement not to work in glass for a decade. Between 1943 and 1950 he became creative leader at Uppsala Ekeby, where he designed many different stoneware objects ranging from pots to figural sculptures. In 1950 he joined Kosta Glasbruk as an artistic director. He was the dominant designer until his retirement in 1973, lending his name to many now-classic designs. As a glass designer, textile and ceramic designer, and painter, he is considered a pioneer of Swedish art.

This impressive vase would be a wonderful addition to a collection of Scandinavian art glass, or it would work well as a stand-alone decorative accent. Kosta glassworks is Sweden’s oldest continuously operating glassworks. The furnaces there have been lit since 1742. Today's Kosta Boda is one of the world’s leading brands of glassware and art glass.