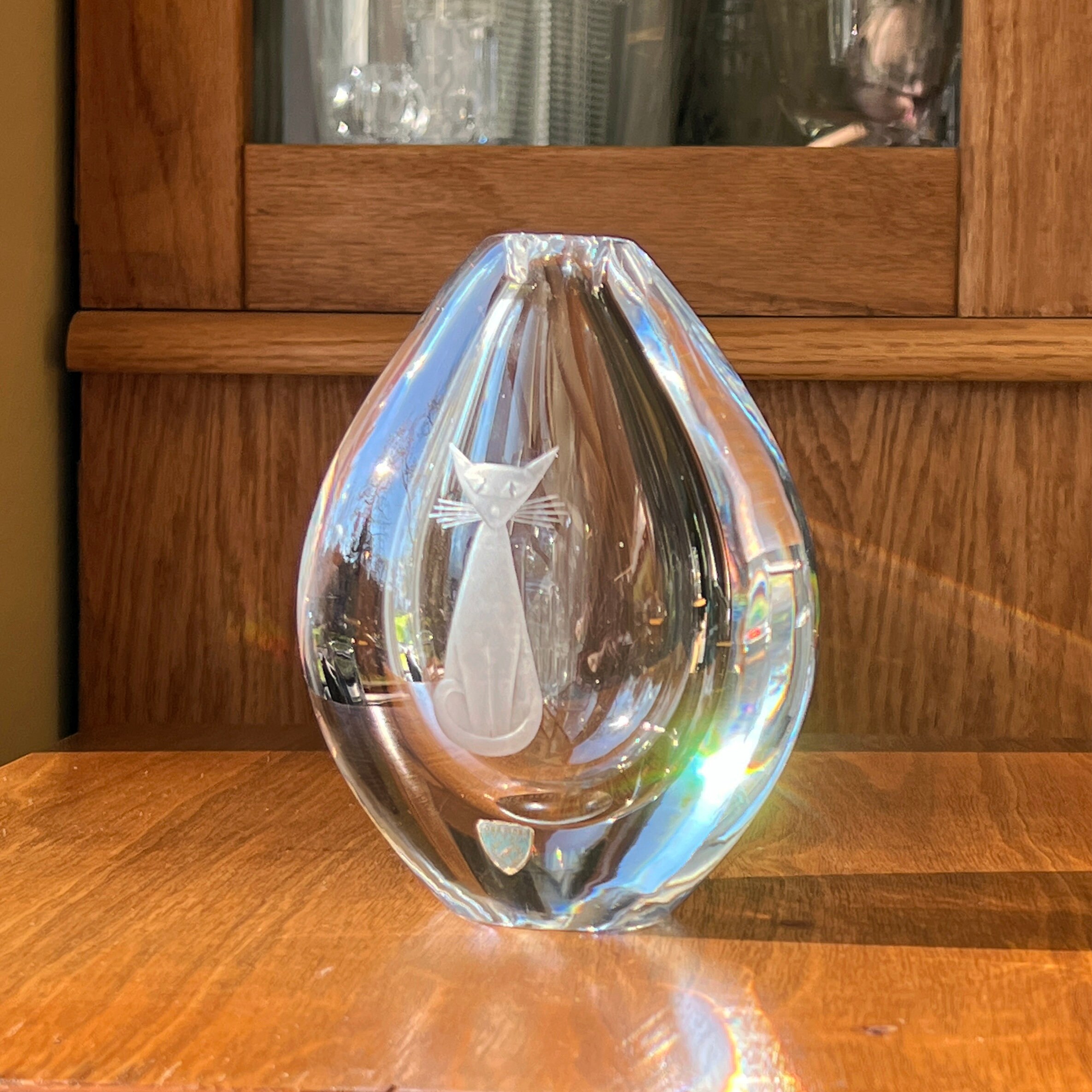 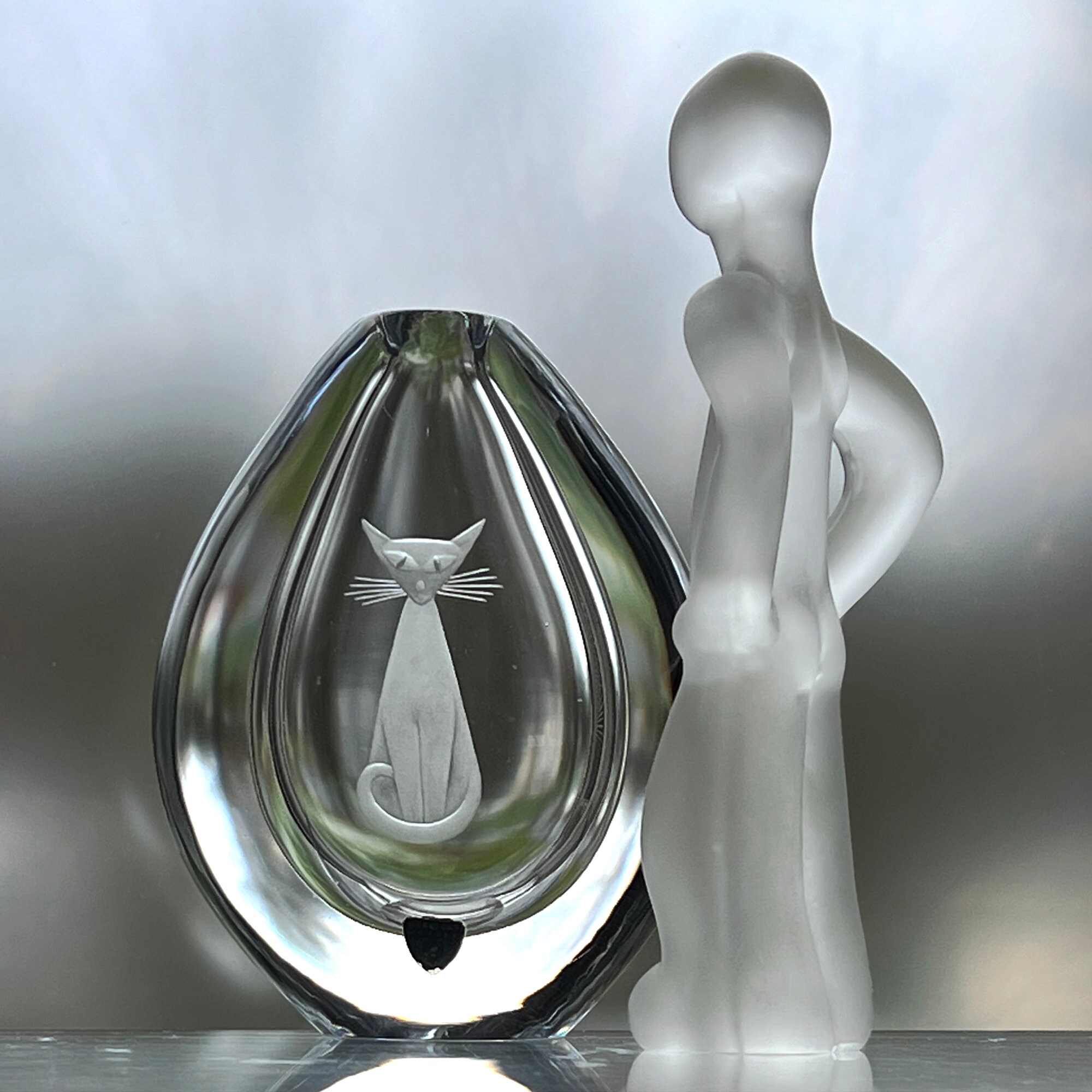 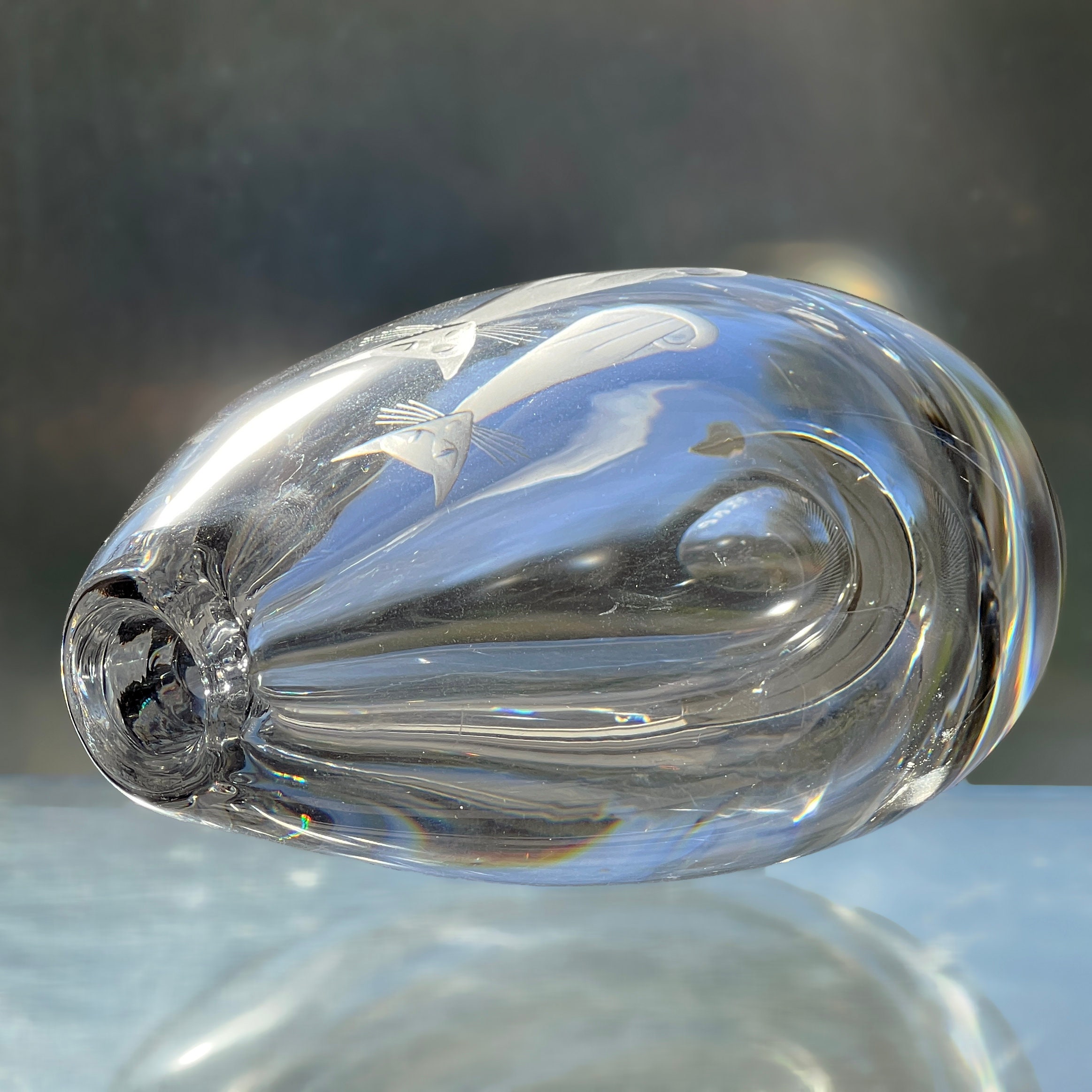 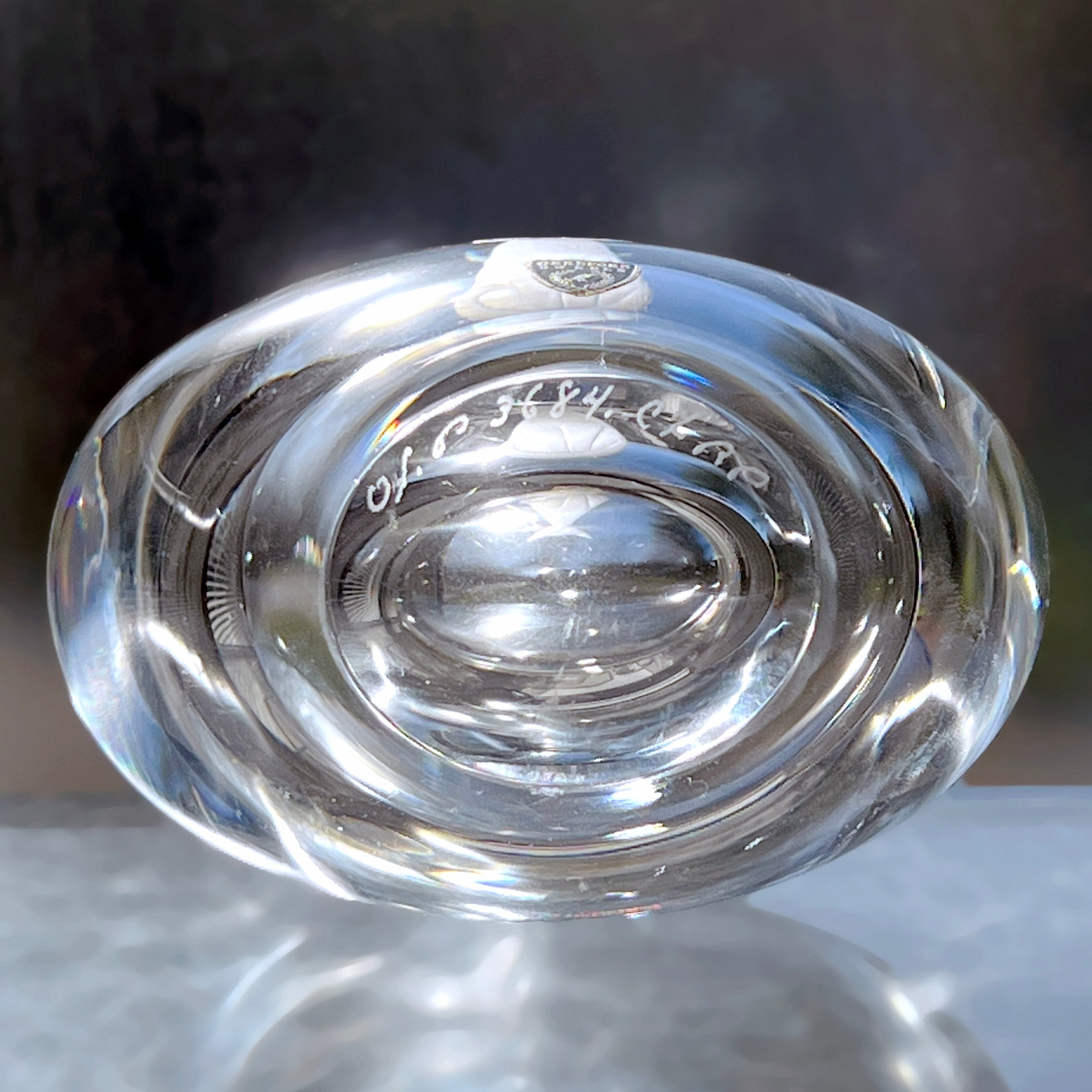 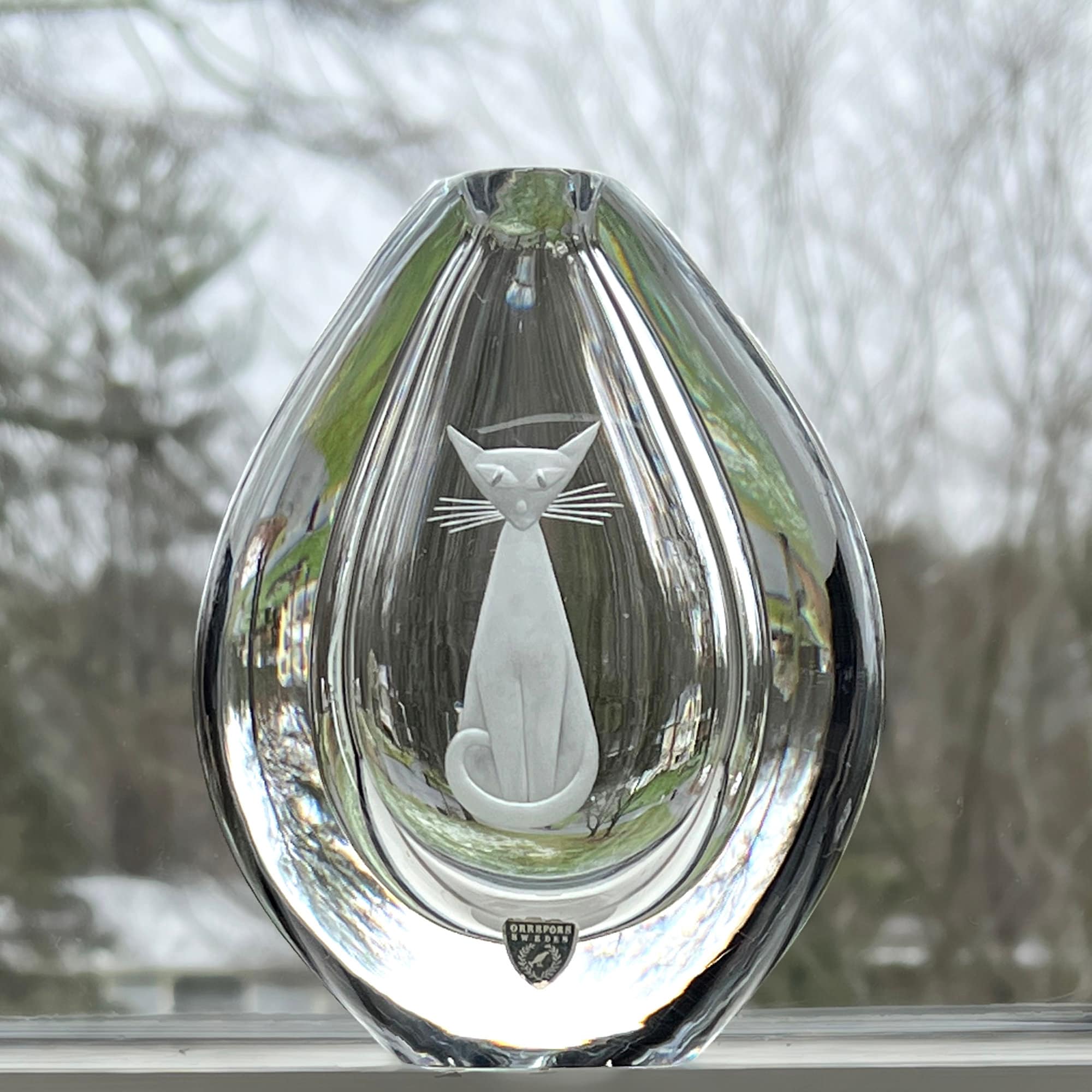 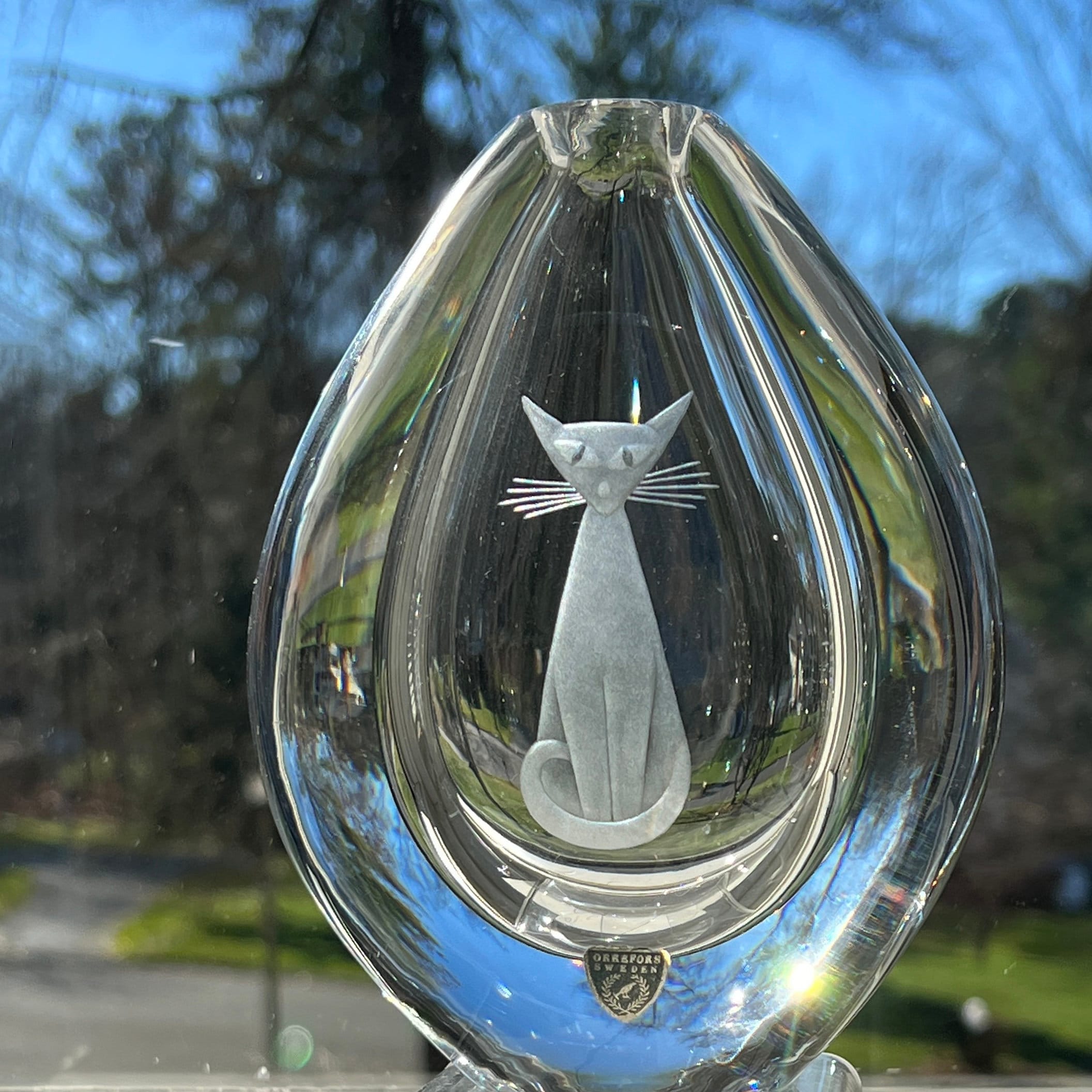 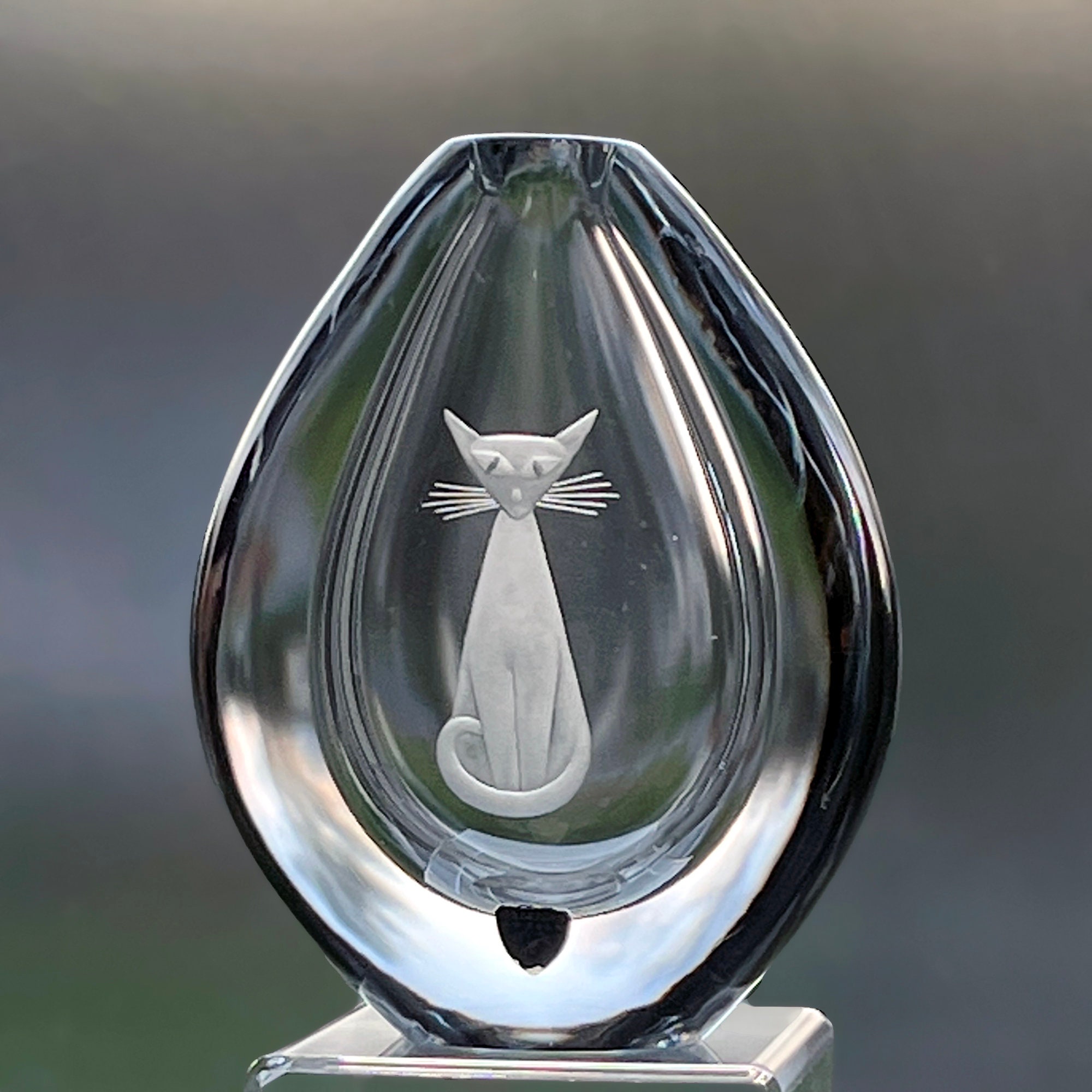 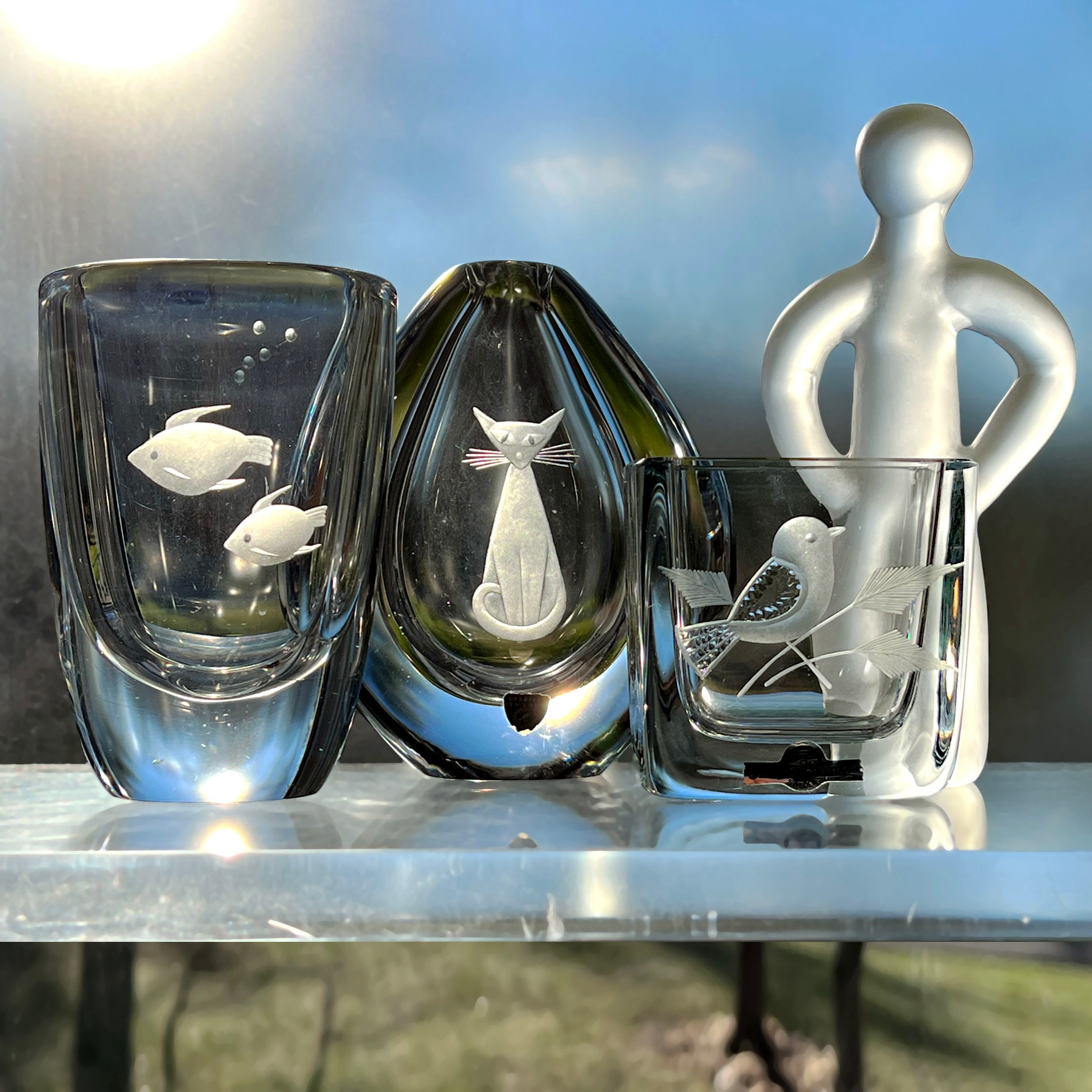 This wonderful kitty cat, engraved on a heavy crystal teardrop vase, was designed by Sven Palmqvist in the late 50s. The cat was a family pet, named Tussilago, named for a Swedish springtime flower. It is a solid piece - 5" wide, 2" deep, and 6" high, and it weighs 4 pounds! The teardrop shape is an Orrefors favorite.

The signature on the base has the style number 3684/111, which tells us Palmqvist designed it in 1957, it is clear crystal, and it was the first style of vase to be decorated with Tussilago. The production date code C7 tells us that this vase was made in 1959; I don't recognize the engraver's initials.

Orrefors employed master artists and craftsmen, some of whom worked their whole careers of 40, 50, or more years with the company. Sven Palmqvist (1906-1984) was born in the glass district of southern Sweden and started his career with Orrefors in 1928, where he remained until 1972. In those years, he designed hundreds of engraved glass motifs - he had a particular fondness for portraying people and animals.