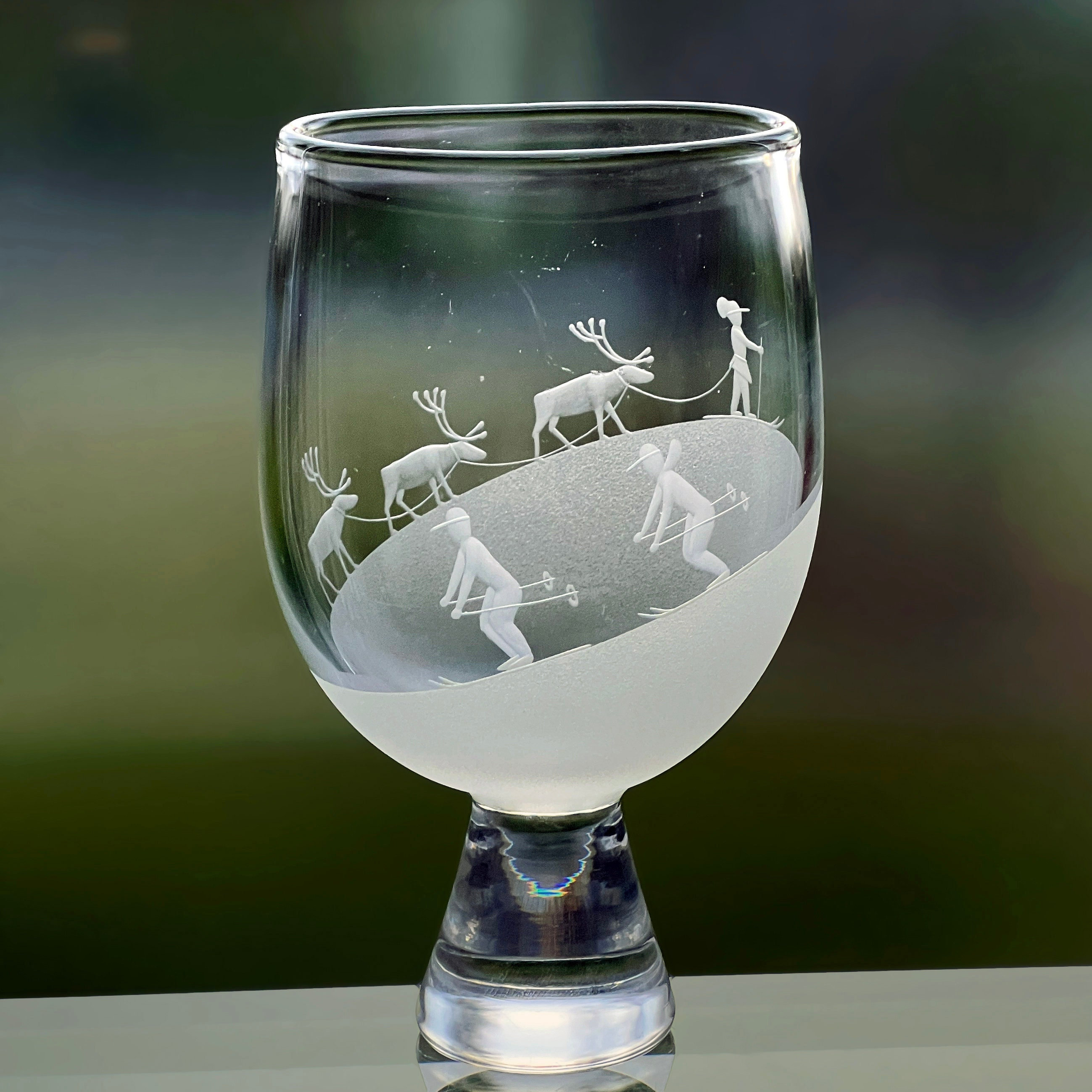 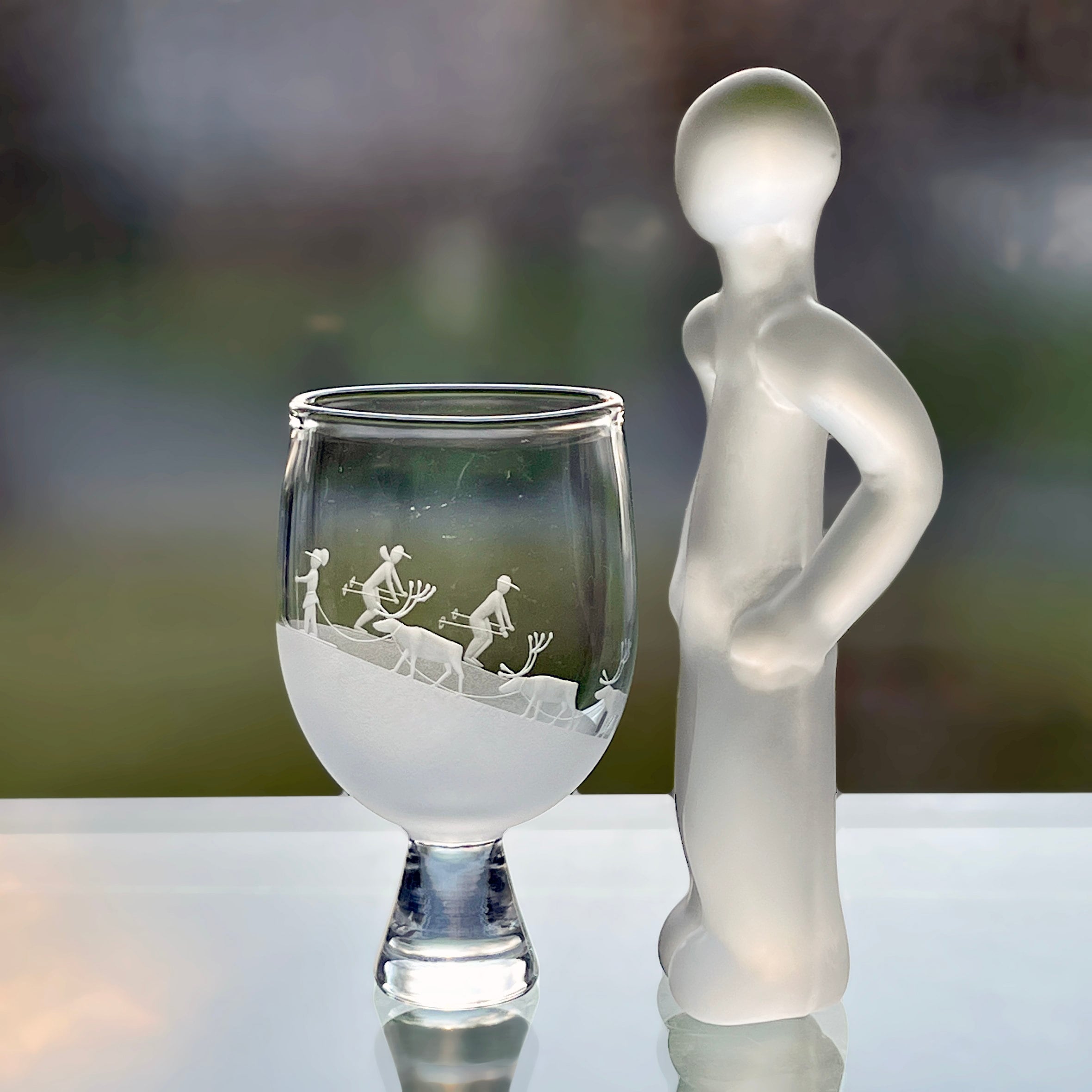 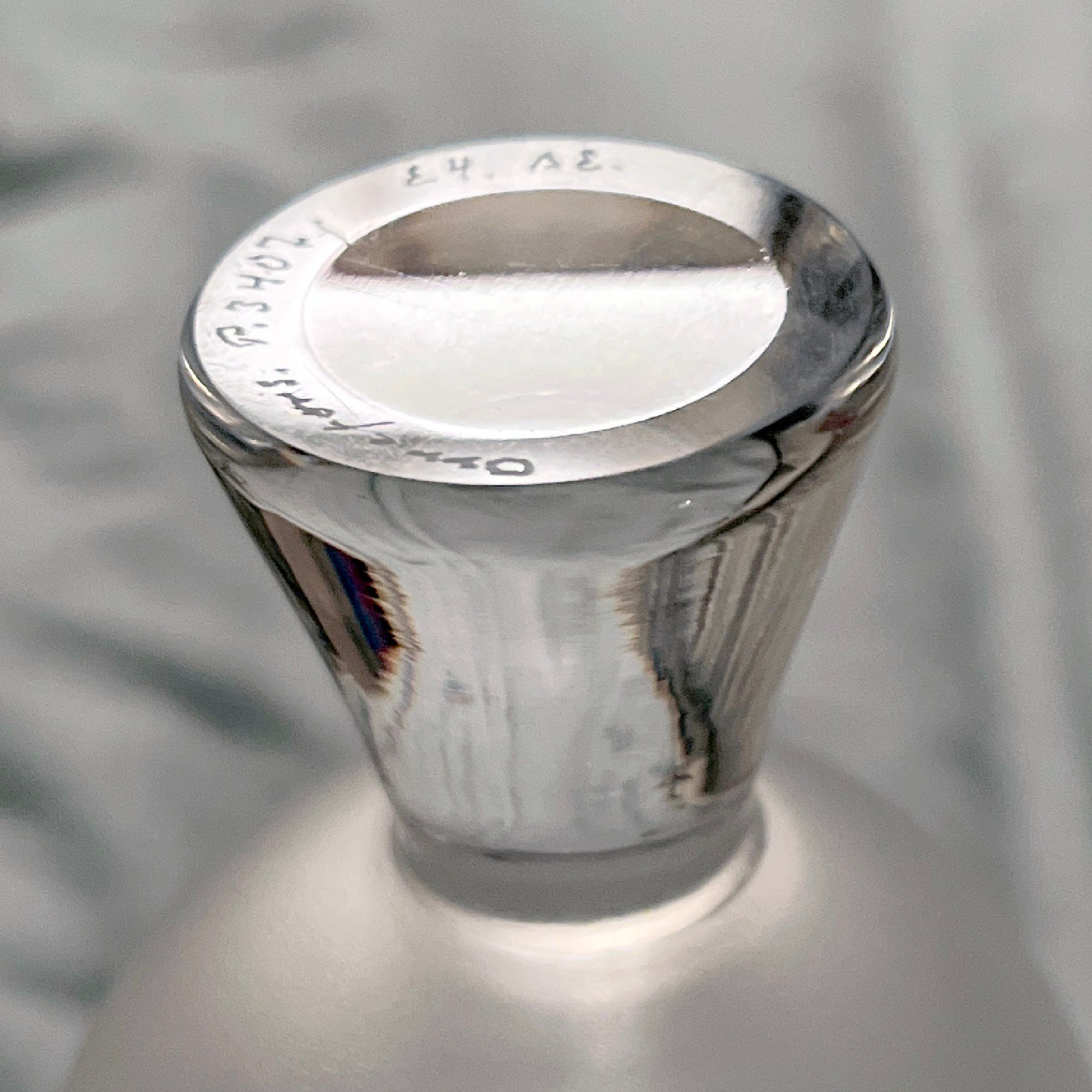 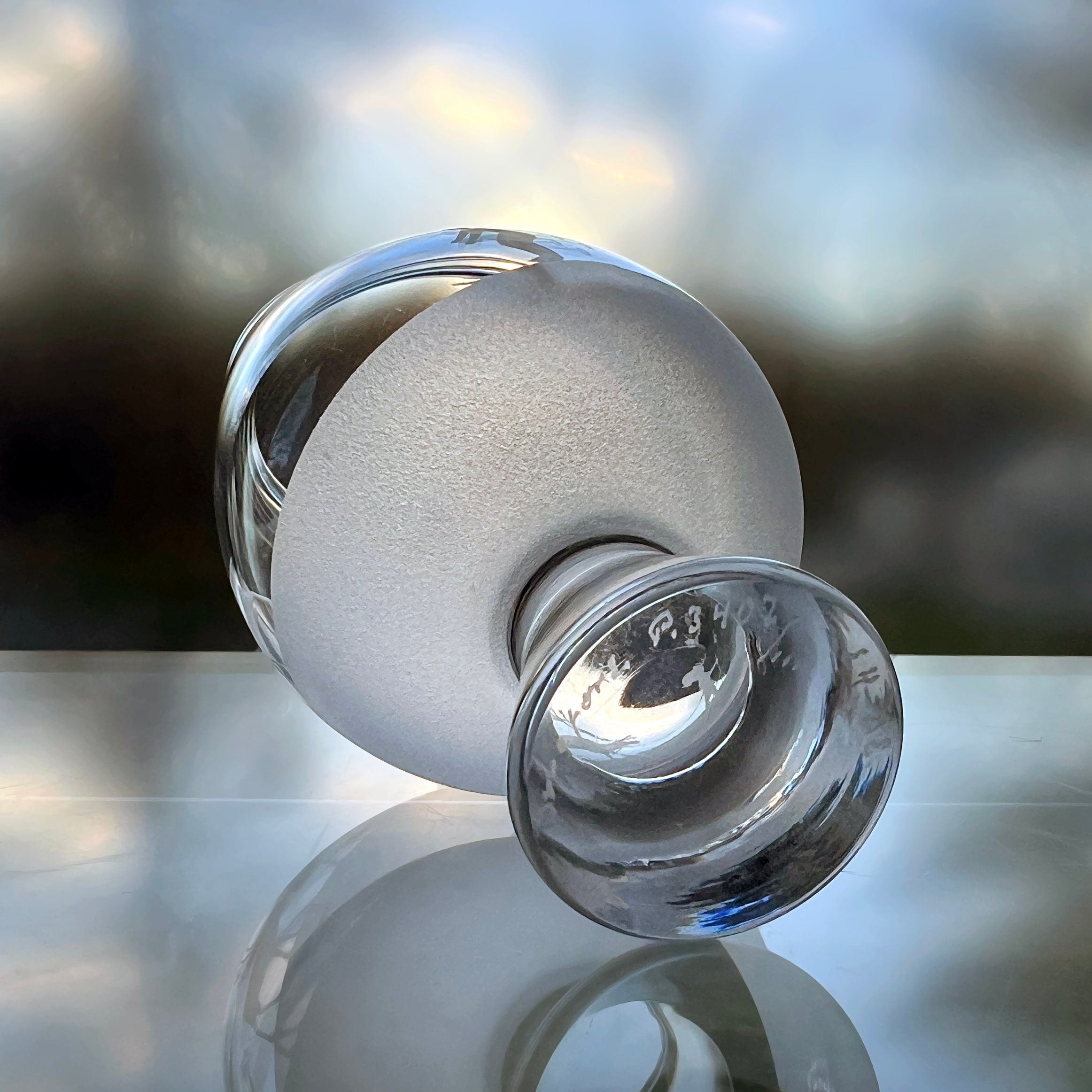 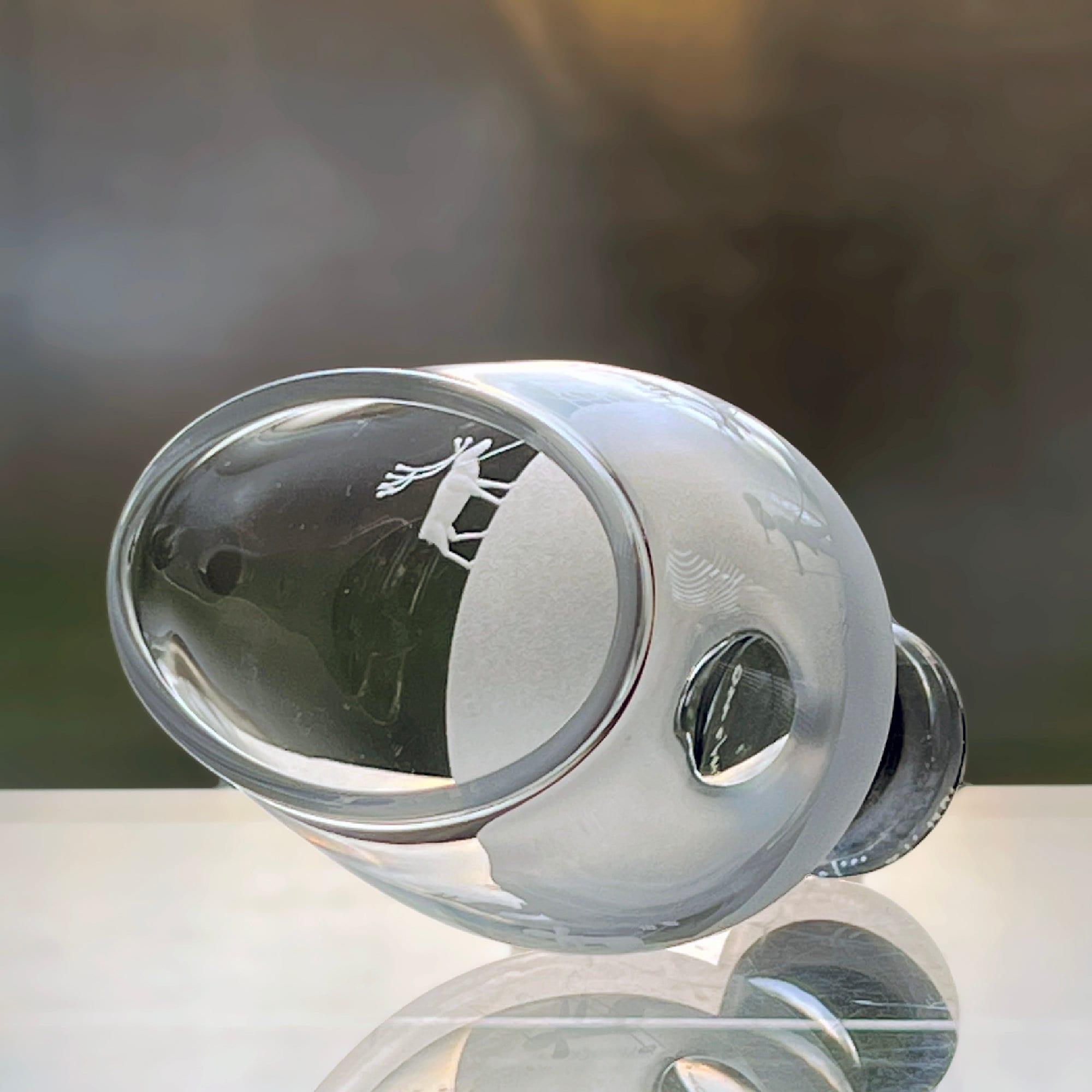 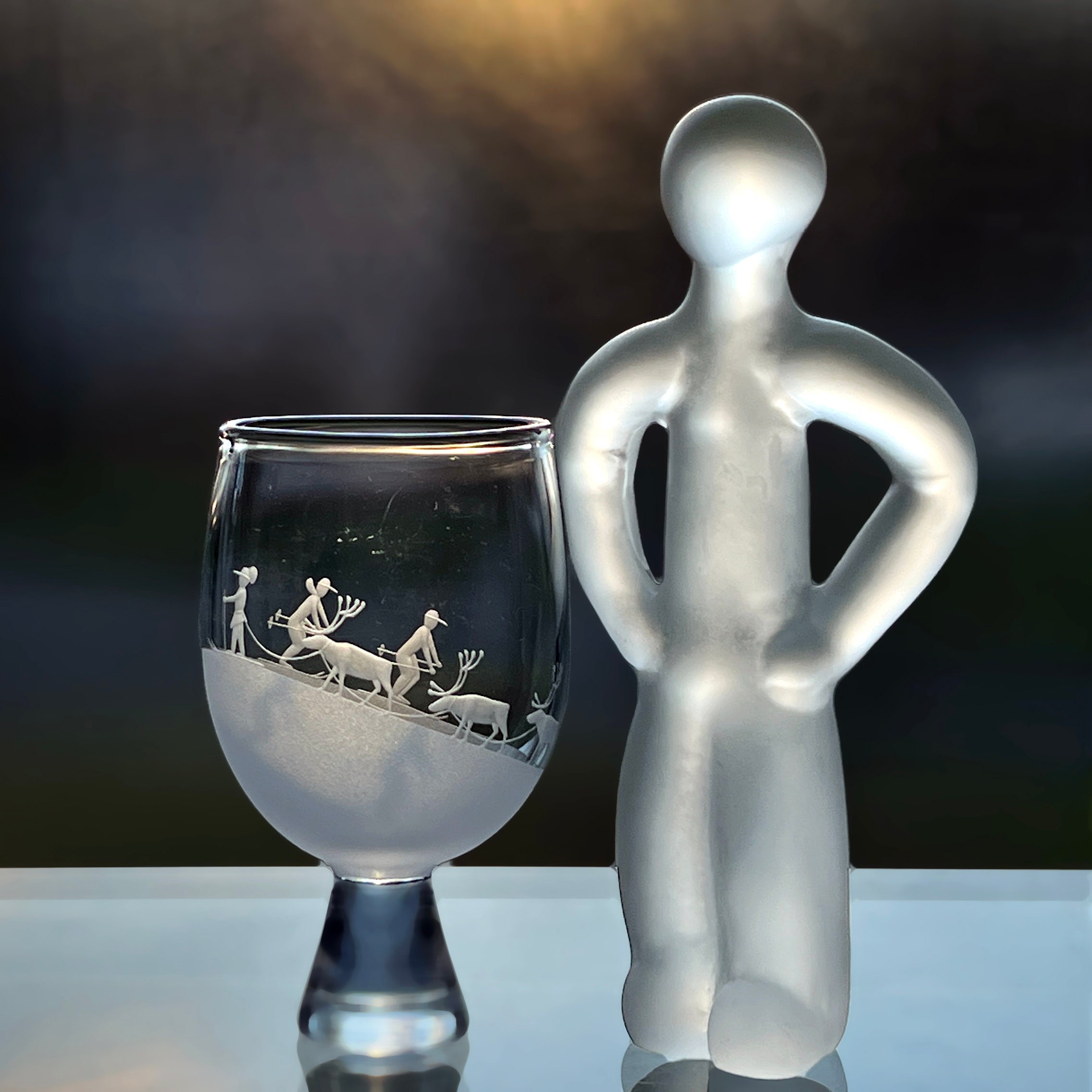 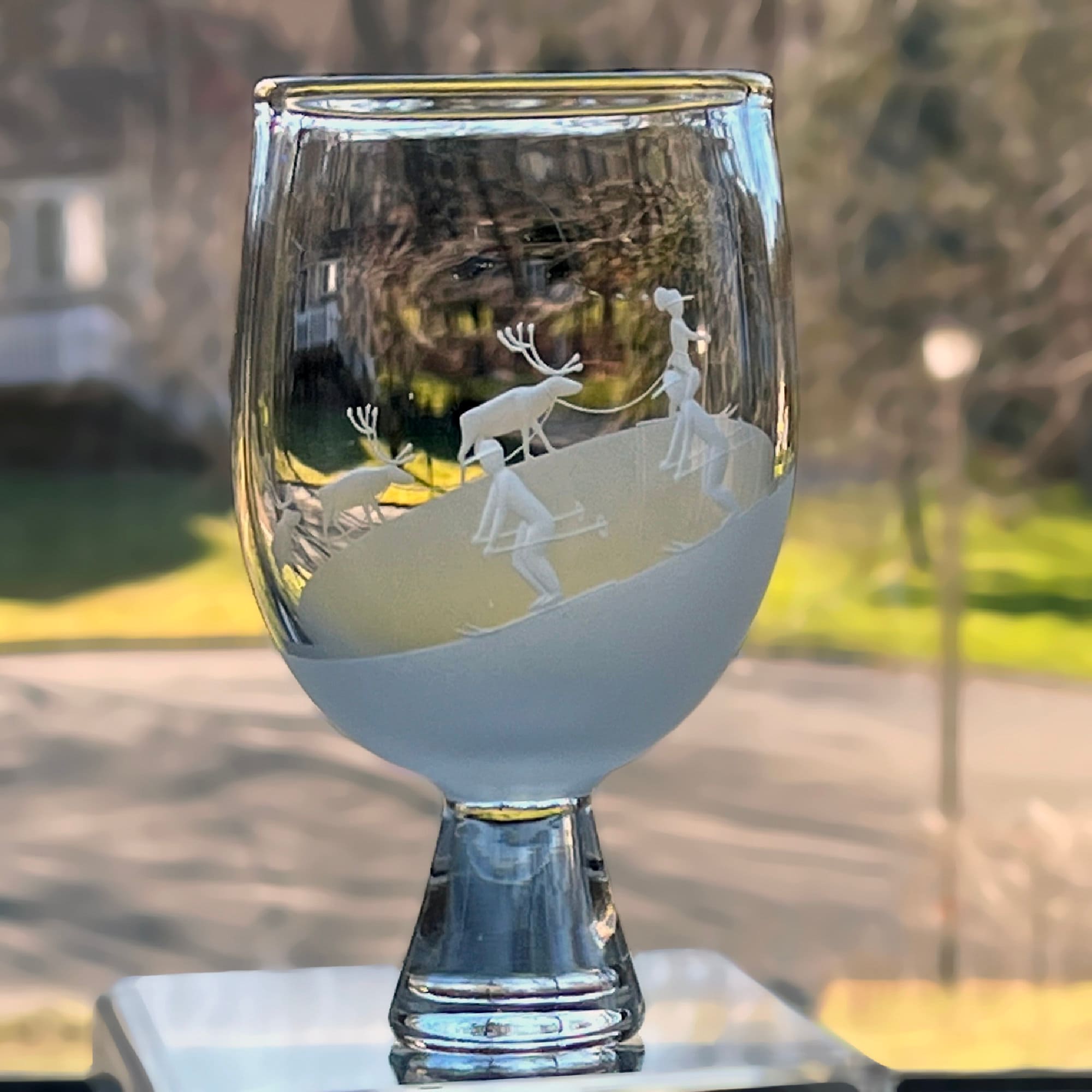 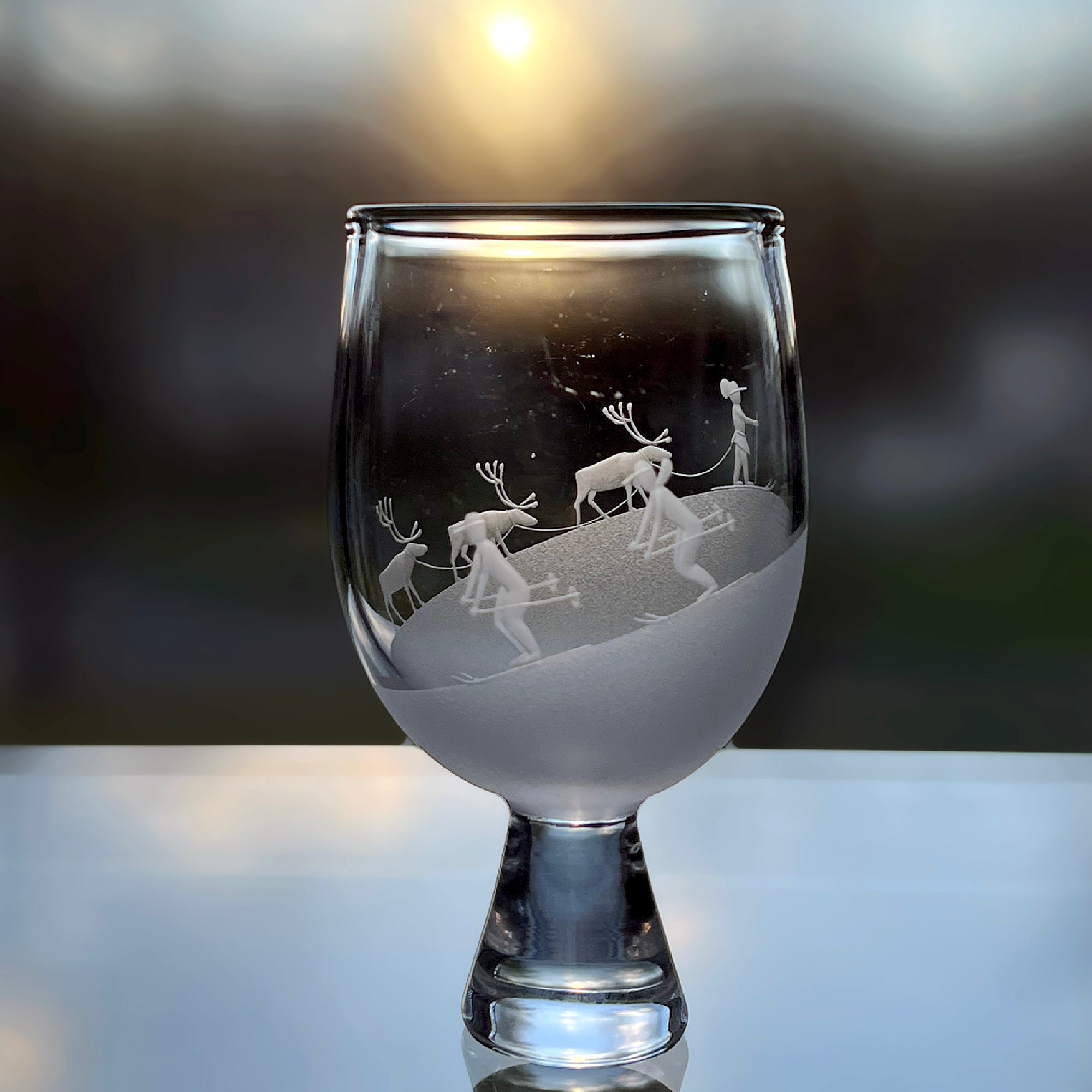 Sven Palmqvist designed this clever, two-sided, mountain scene, with skiers going down one side and reindeer being herded up the other side. The Nordic motif is perfect for the new pedestal-style vase he designed at Orrefors. The small crystal vase is handblown, the figures are copper-wheel engraved, and the snow is likely sand-blasted.