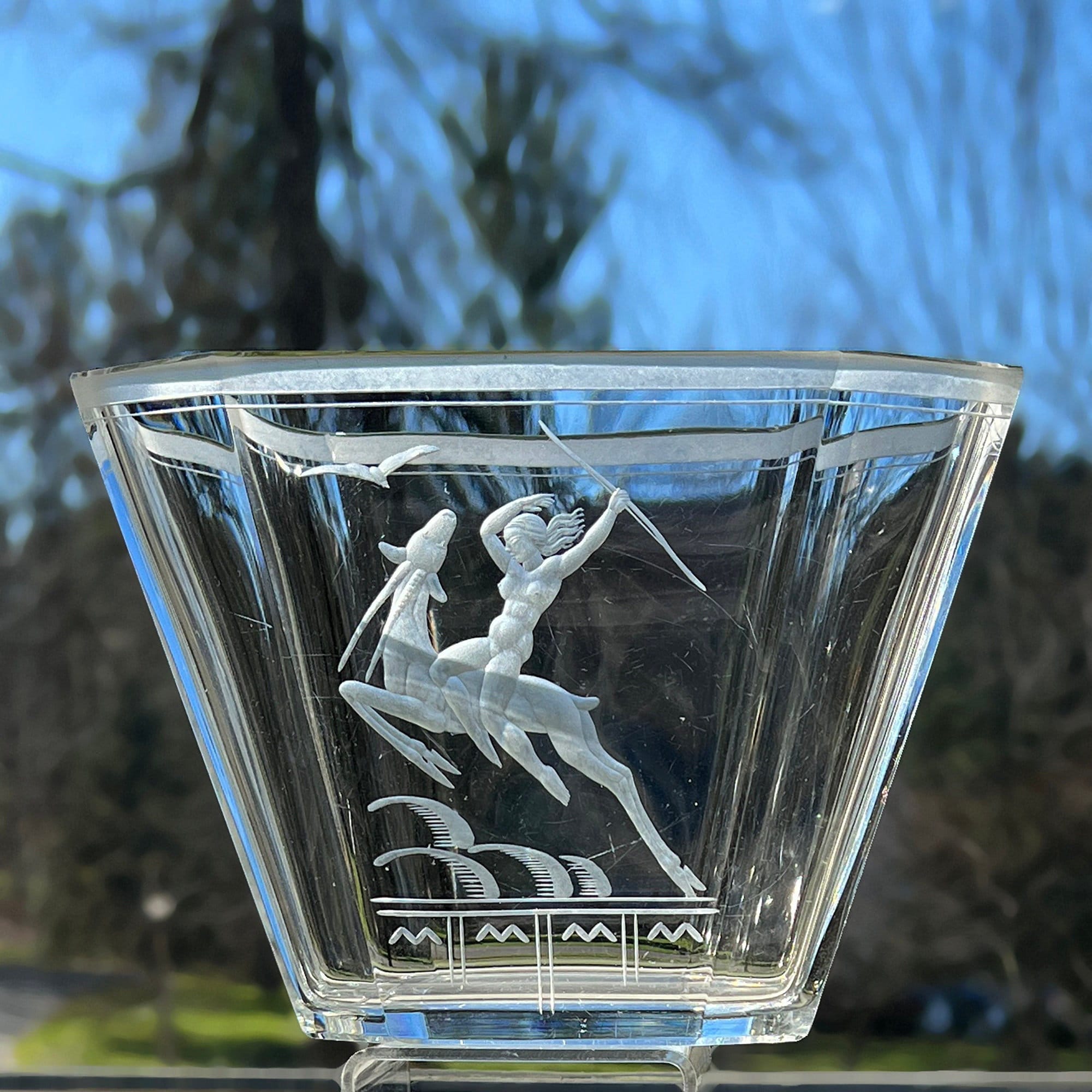 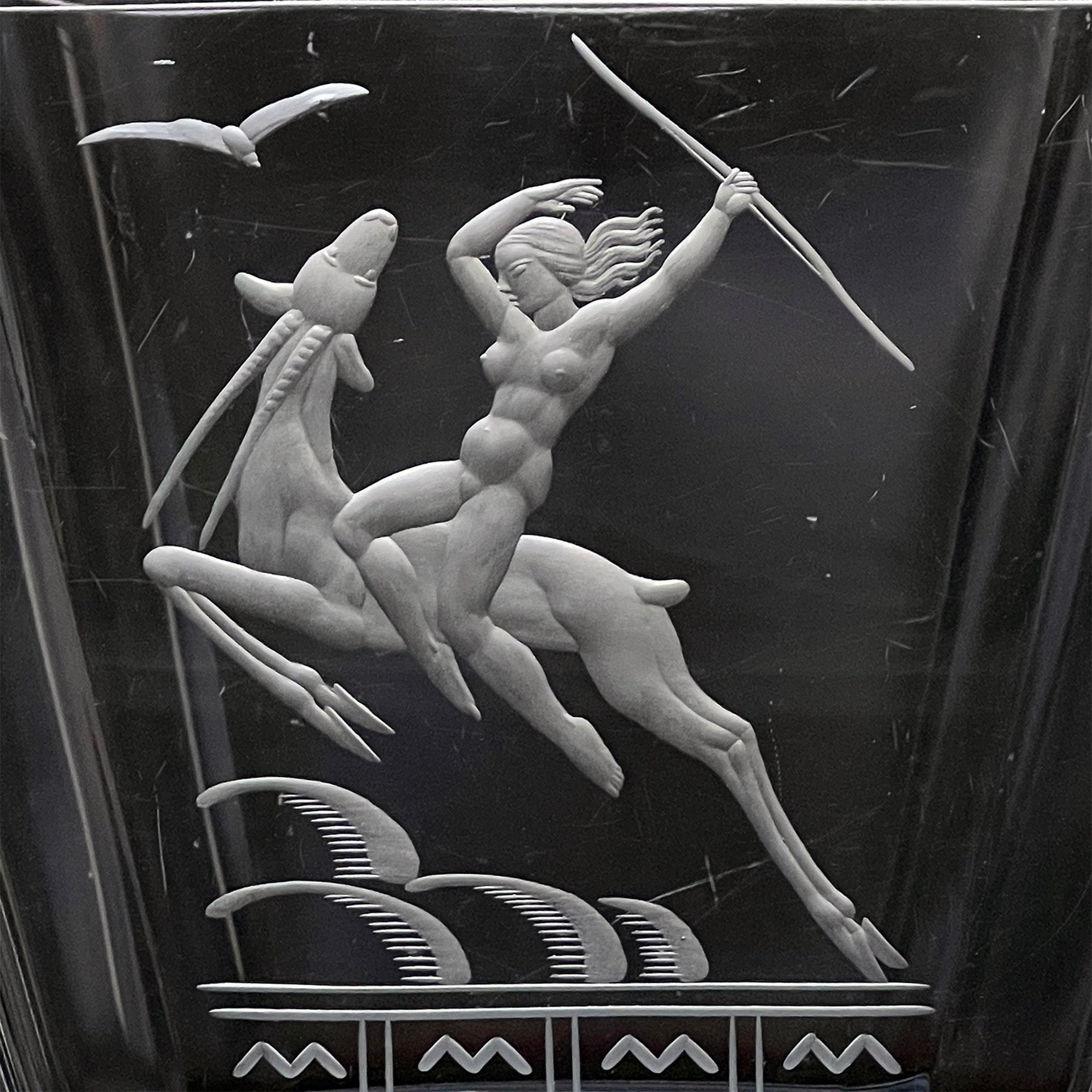 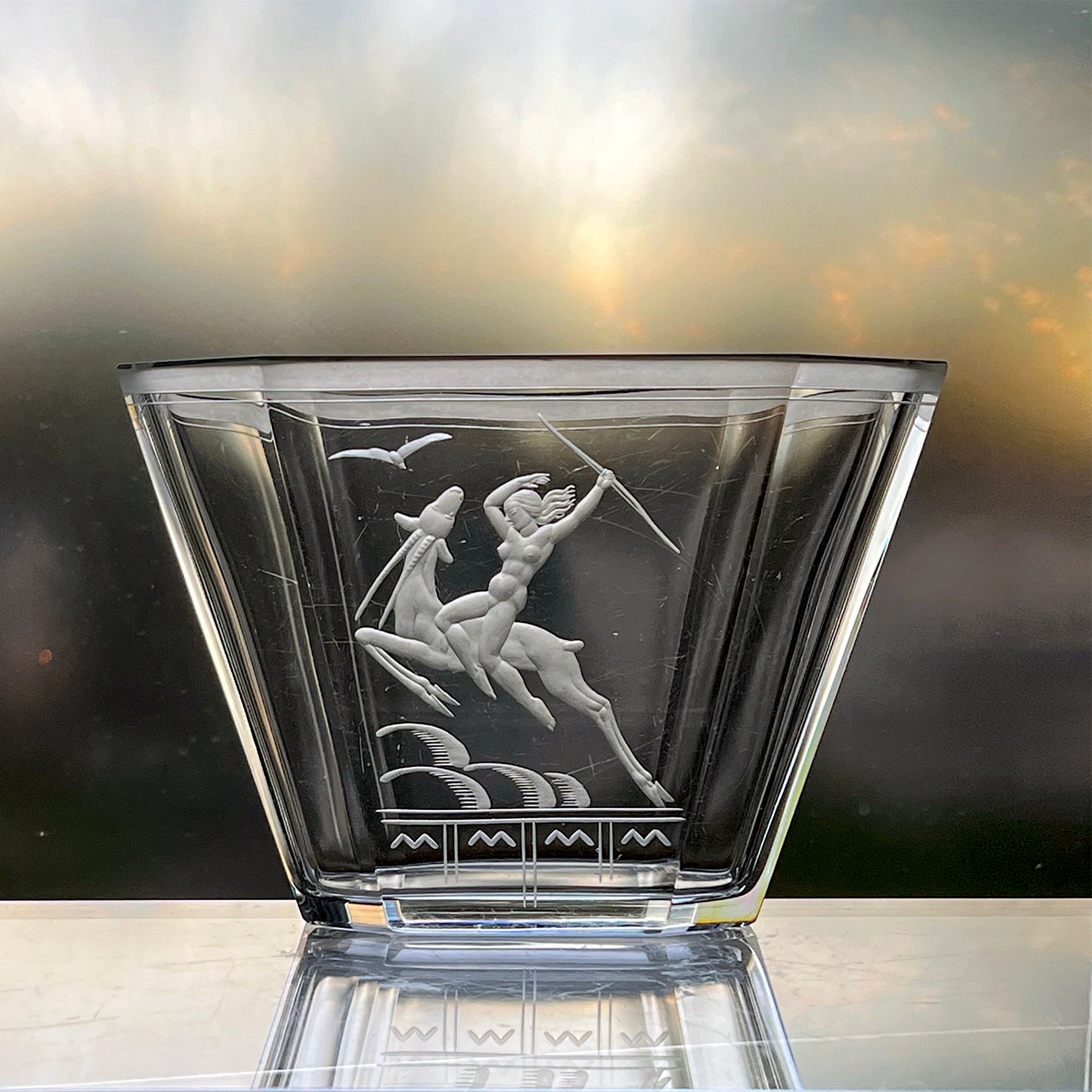 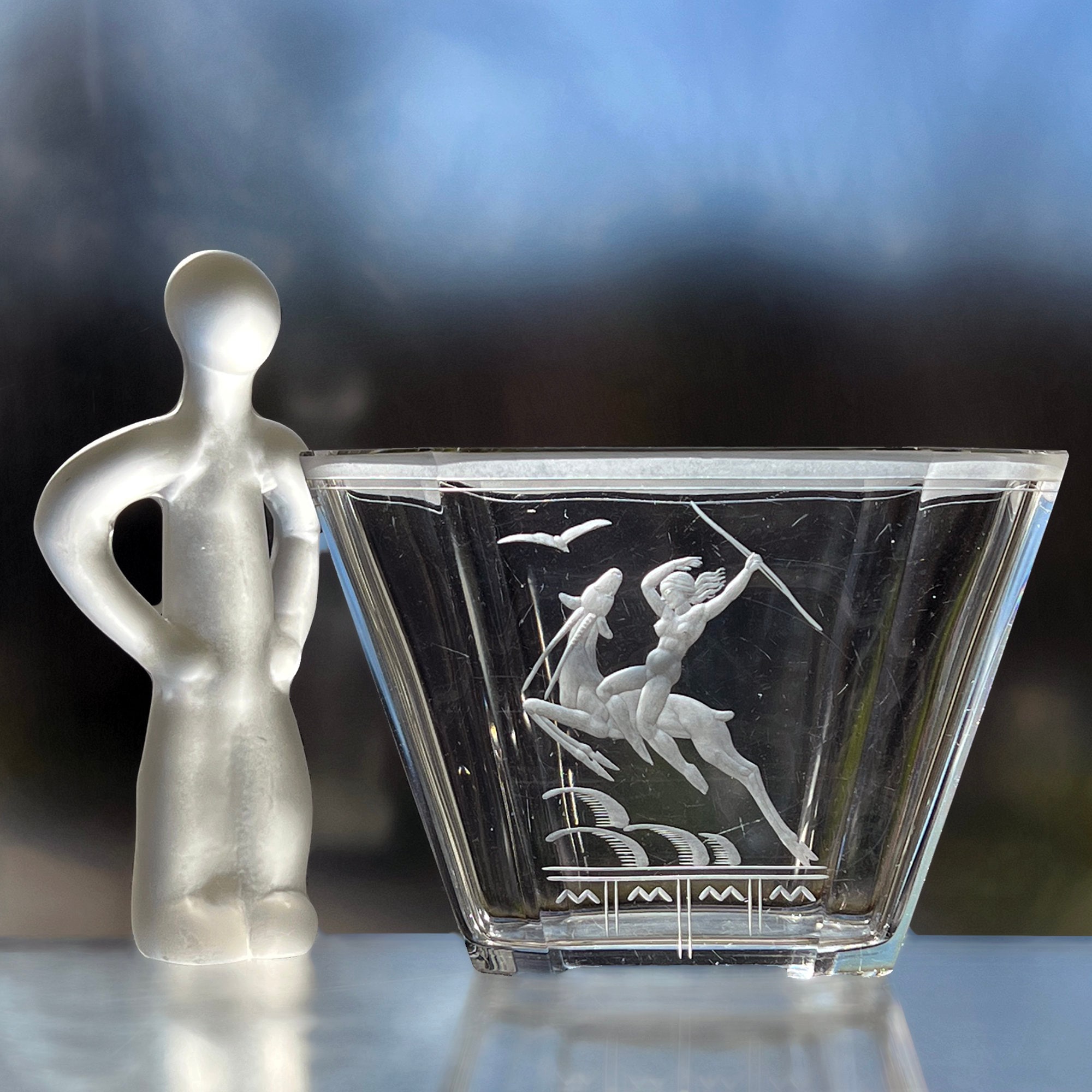 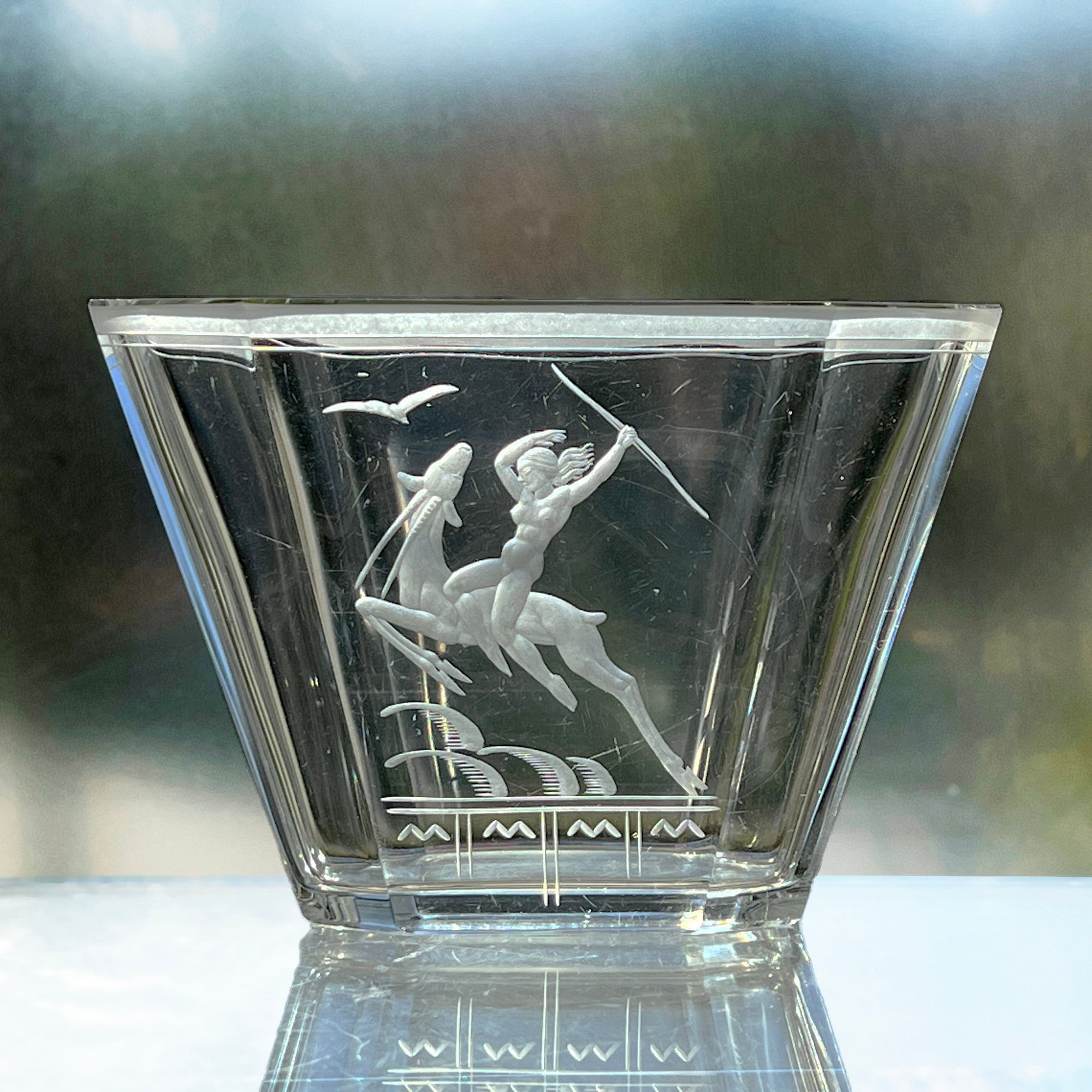 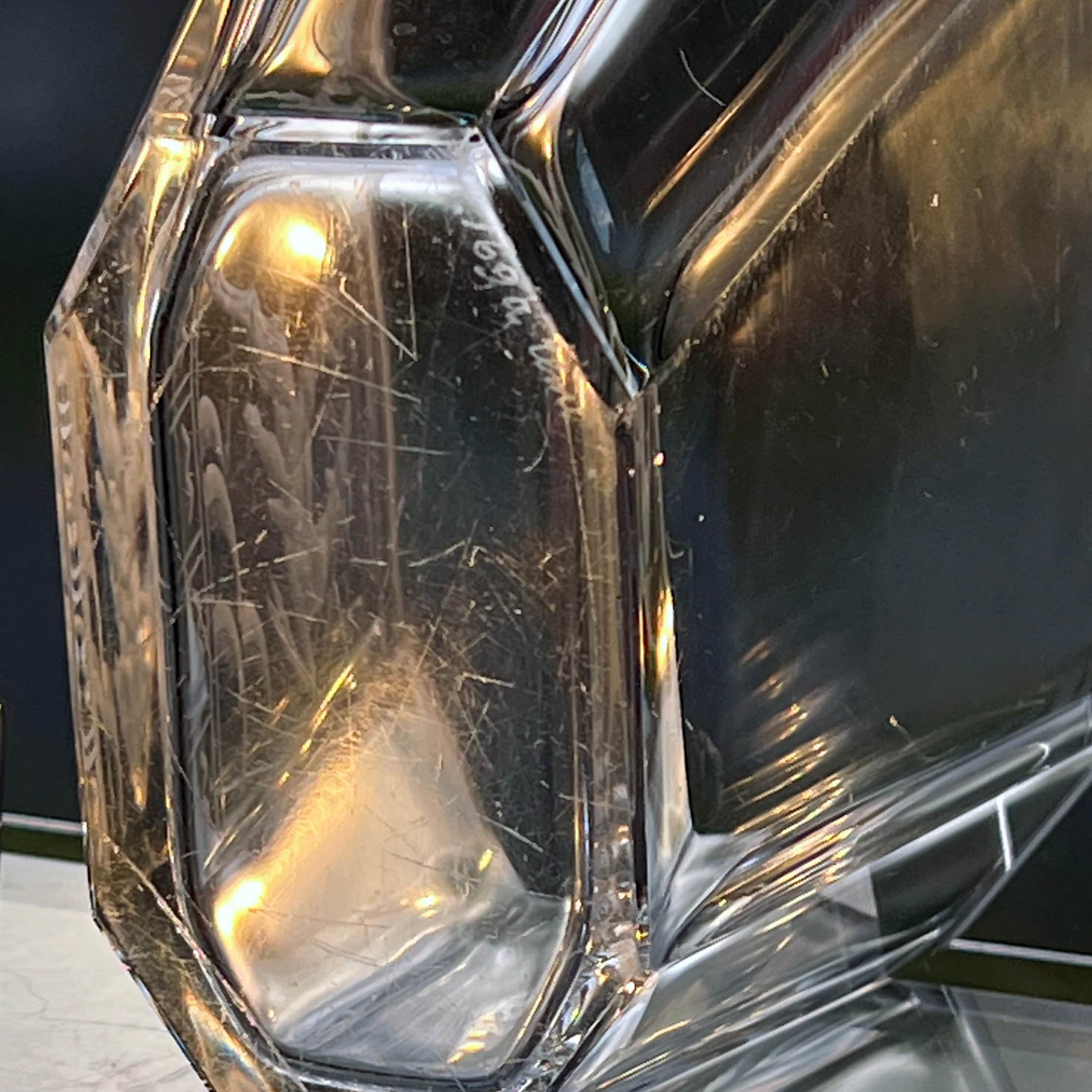 At Elme Glassworks, Swedish artist Emil Weidlich, 1895-1986, engraved this stunning handblown crystal vase with a nude woman, arms outstretched, holding aloft a long spear. Presumably, this is the Roman goddess, Diana (or the Greek, Artemis), who was a huntress. It is a medium-sized piece, 7.5" x 4" x 5.5", and it weighs about two pounds. It is in used condition, with no chips or clouding, but plenty of little scratches. As you see in the photos, the scratches don't overwhelm the image, especially when the vase is lit from behind. This vase has certainly lived a useful life!