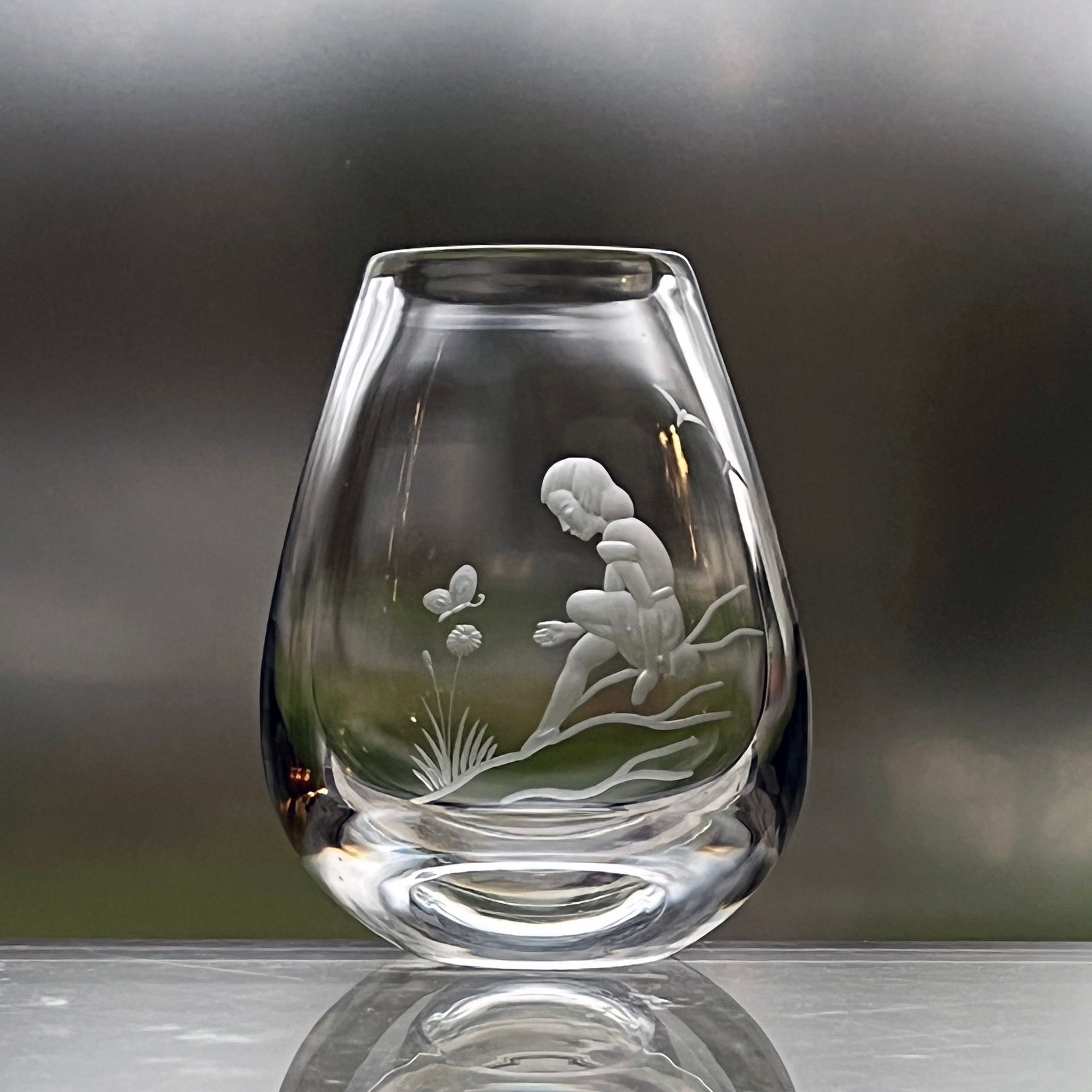 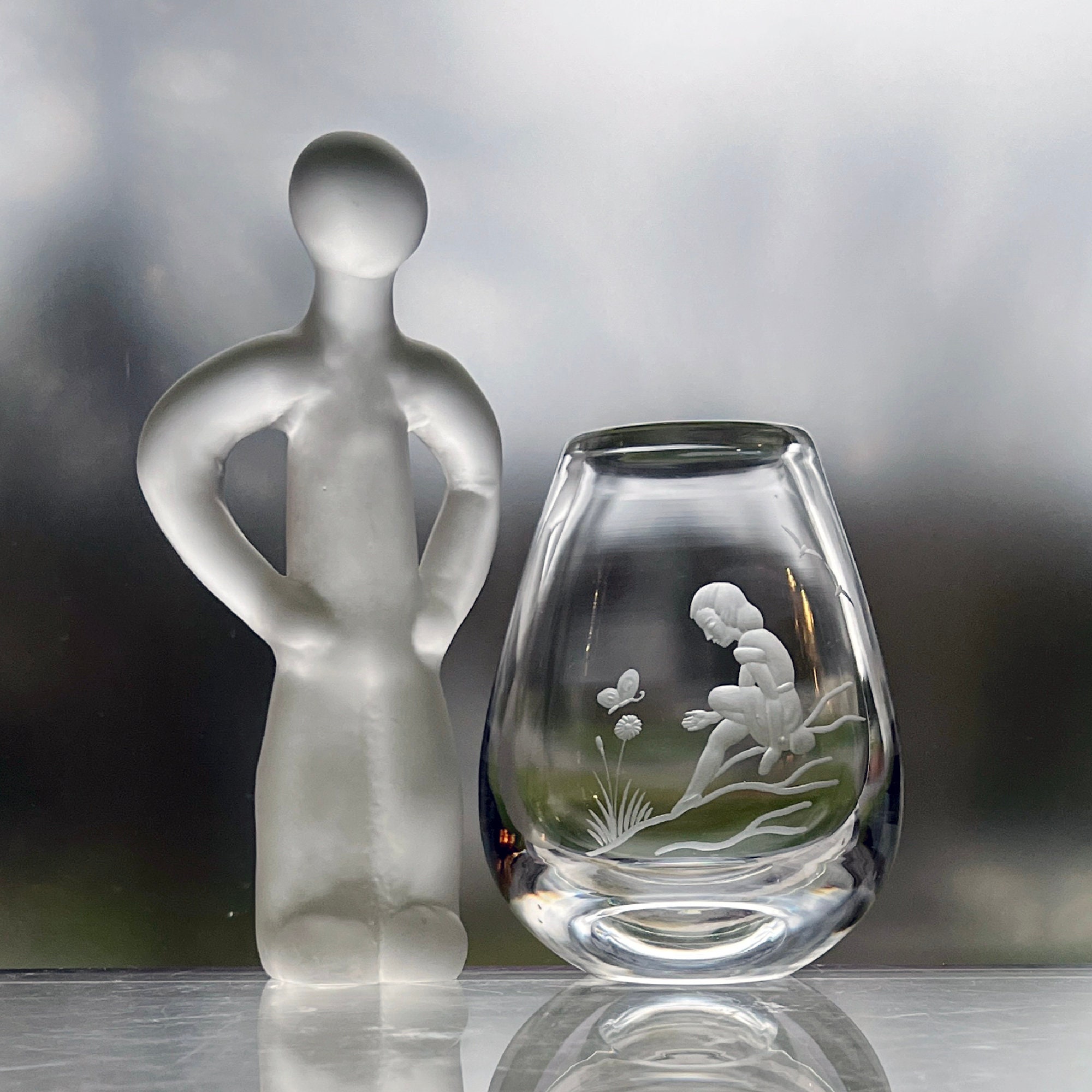 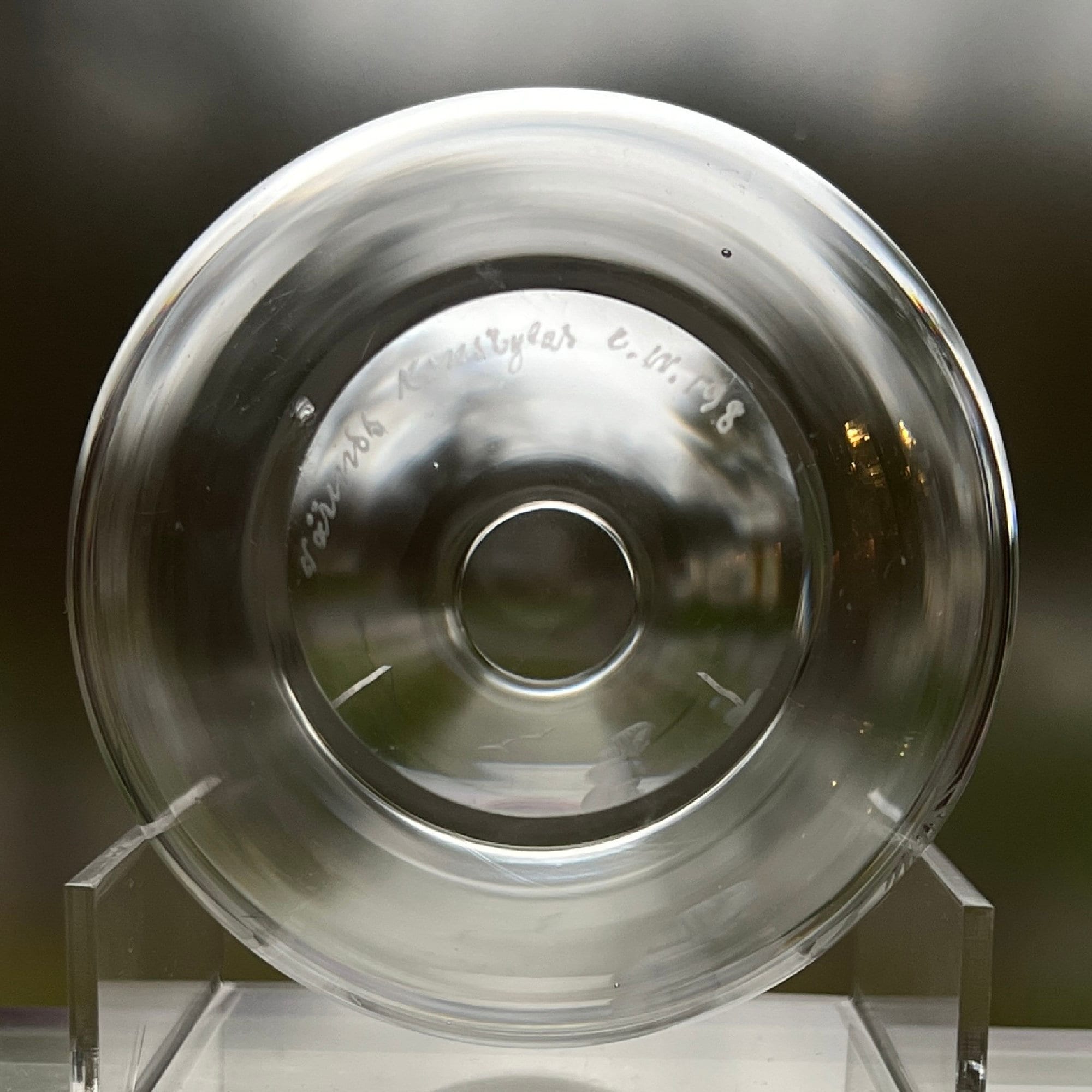 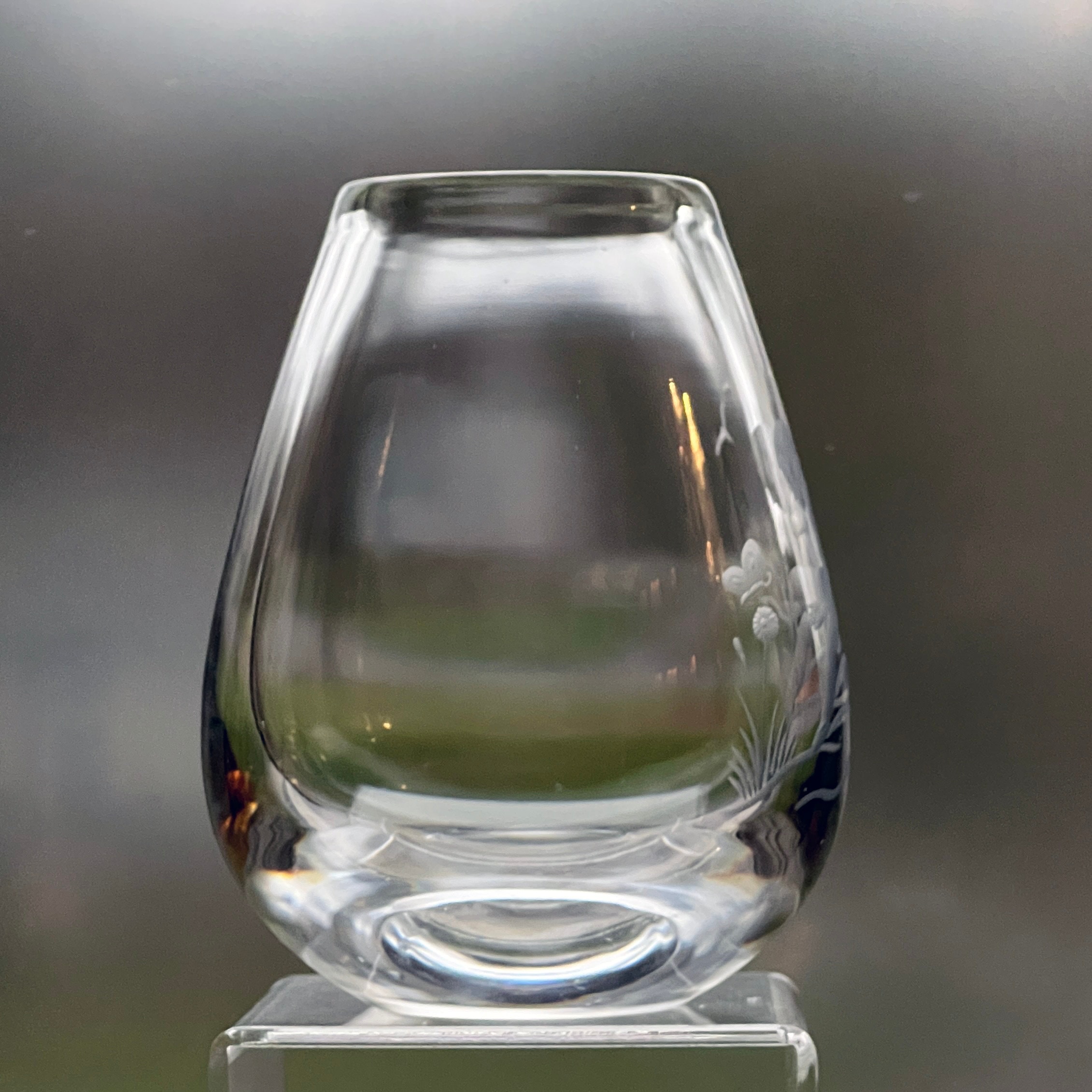 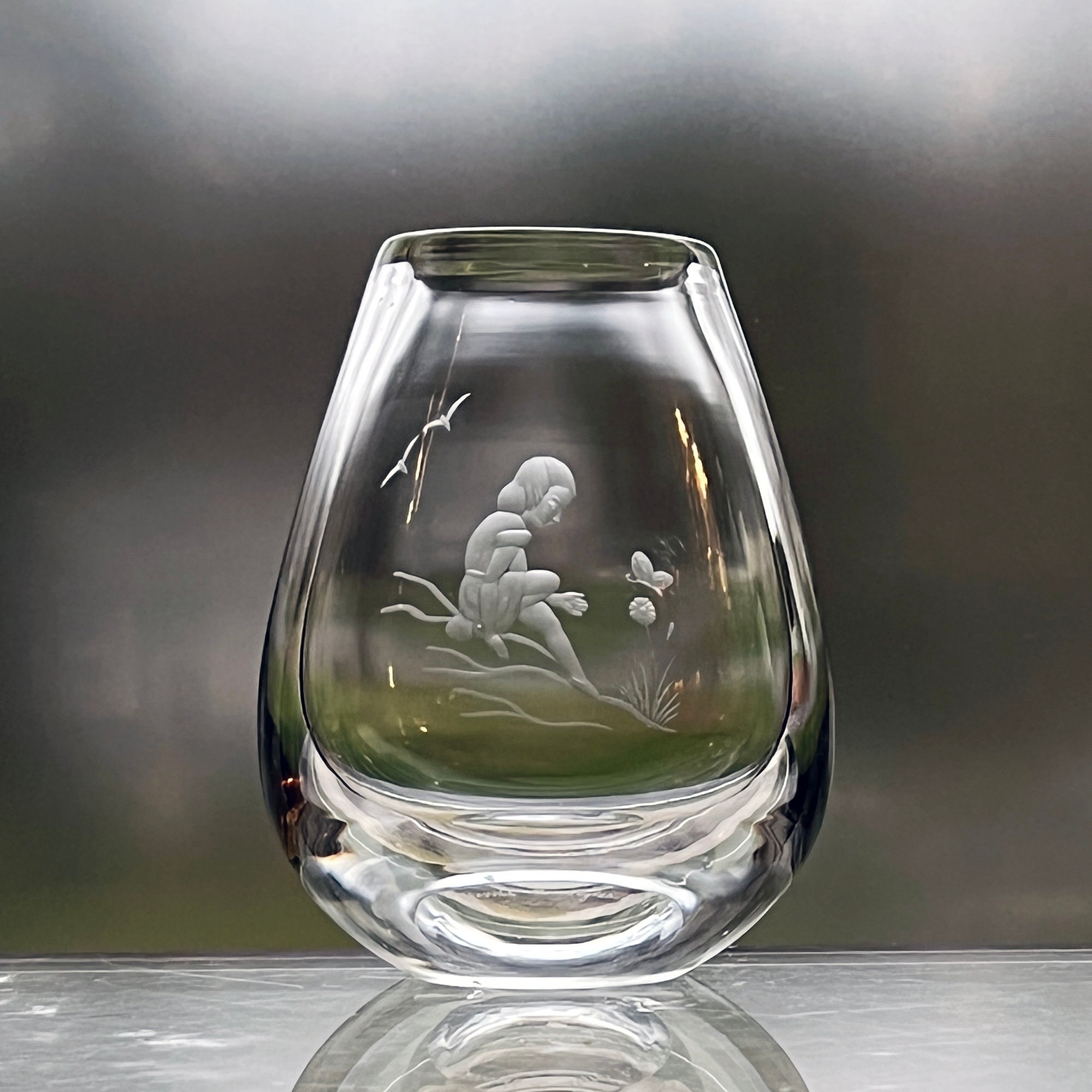 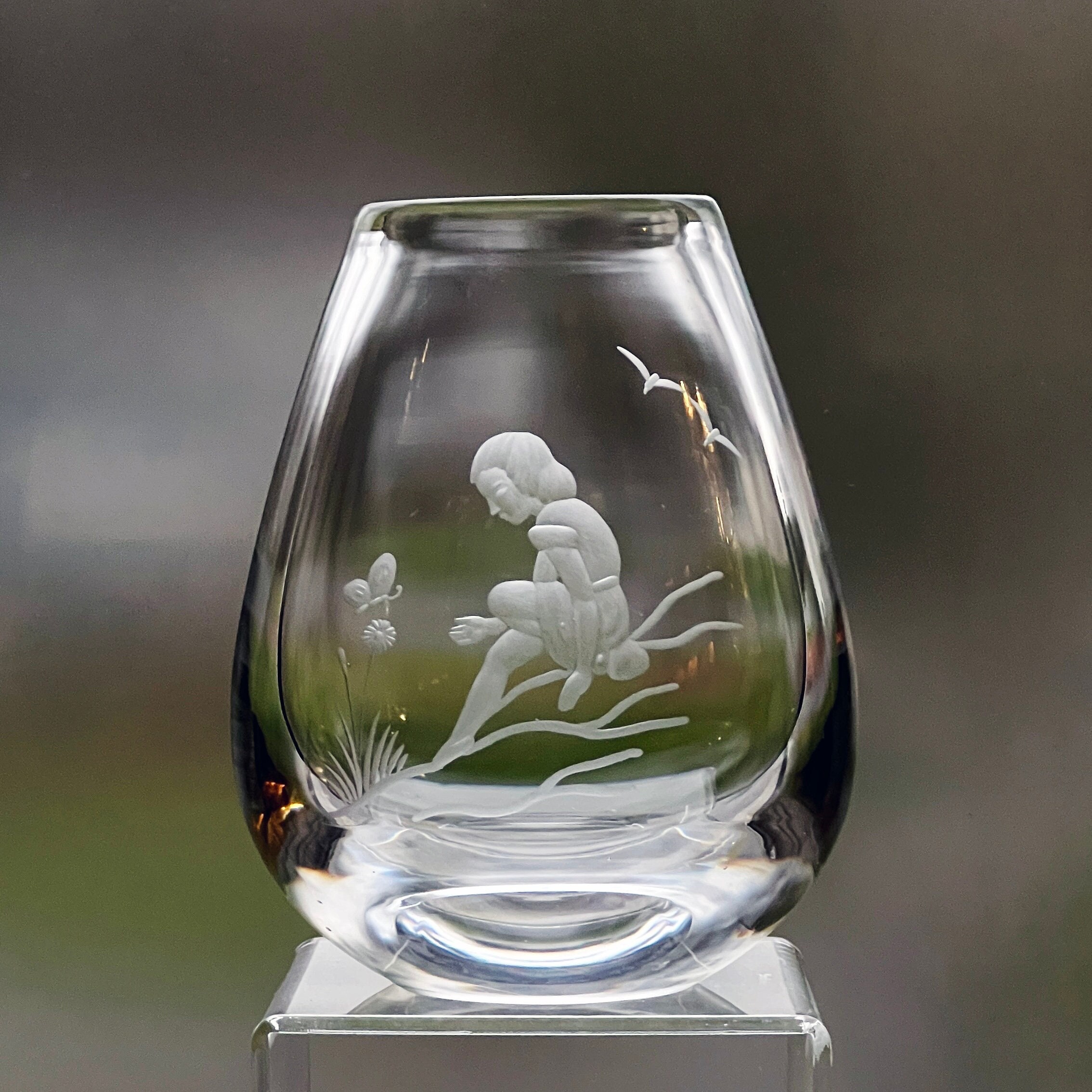 Swedish artist Emil Weidlich, 1895-1986, engraved this handblown crystal vase with a charming figure of a girl, sitting on a branch and watching a butterfly. The base is signed Värends Konstglas (which means "art glass"), E.W., for Emil Weidlich, and a style number. It is a small piece, 4" in diameter and 5" tall, and it weighs almost 2 pounds. It has expected wear to its base but it is in truly remarkable condition for its age.