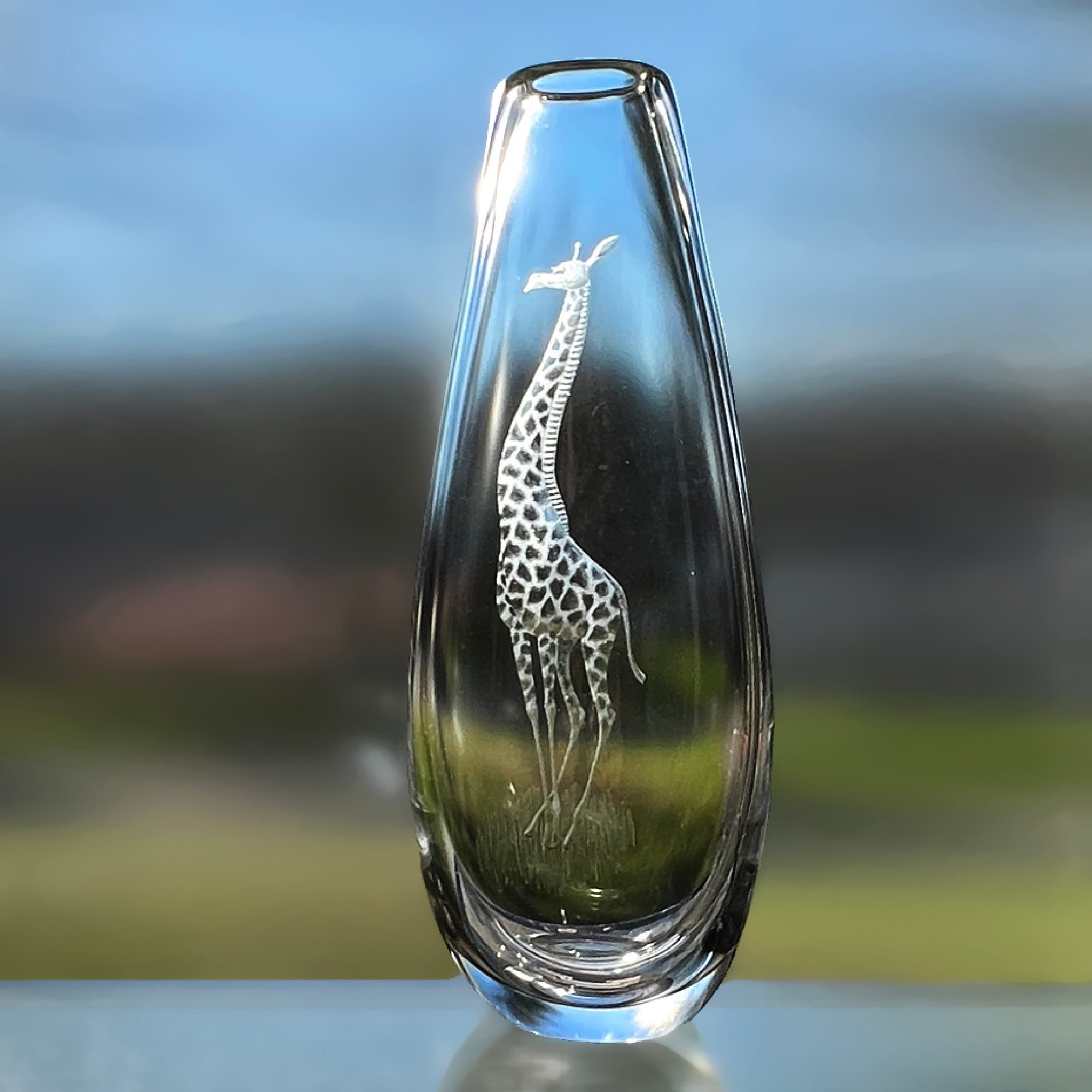 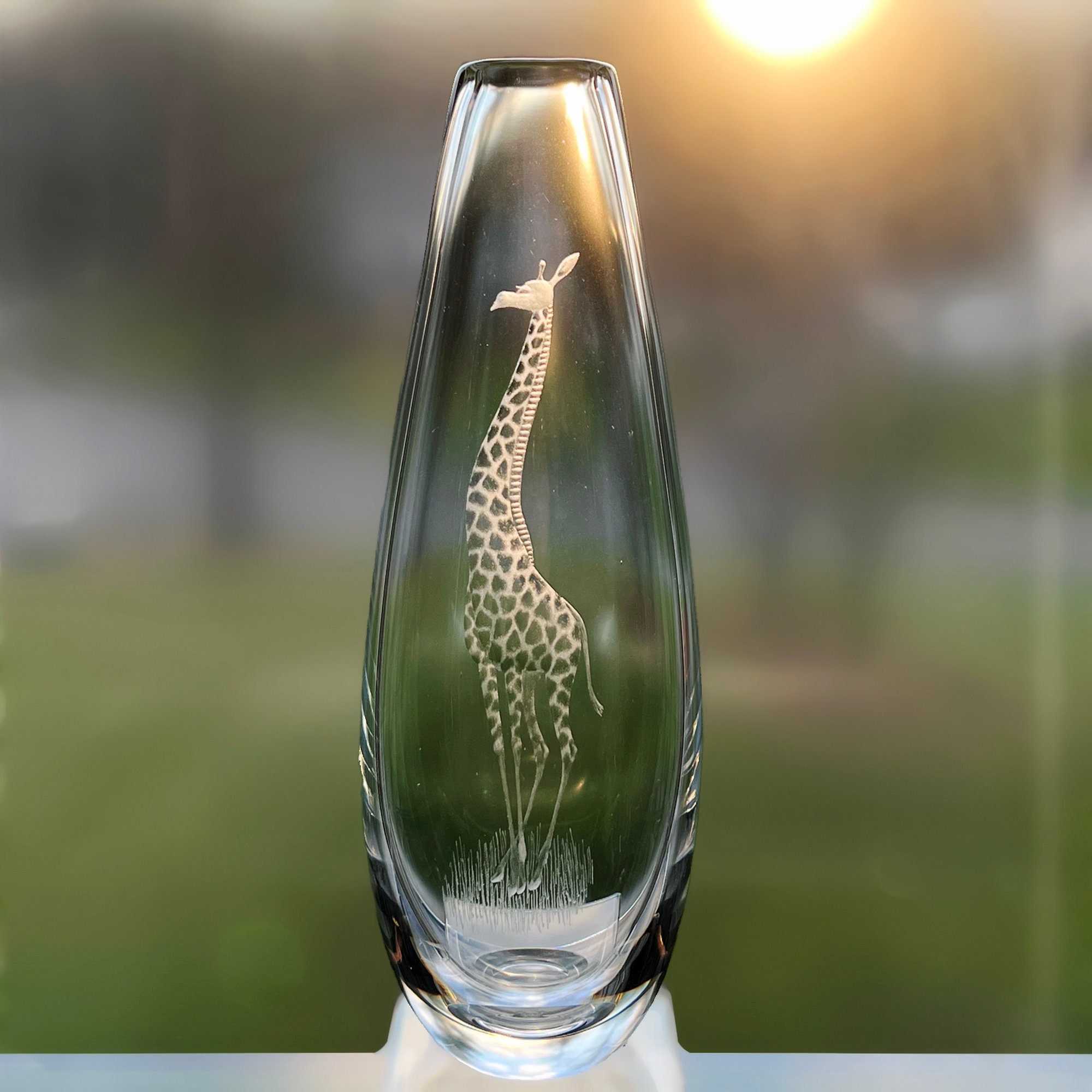 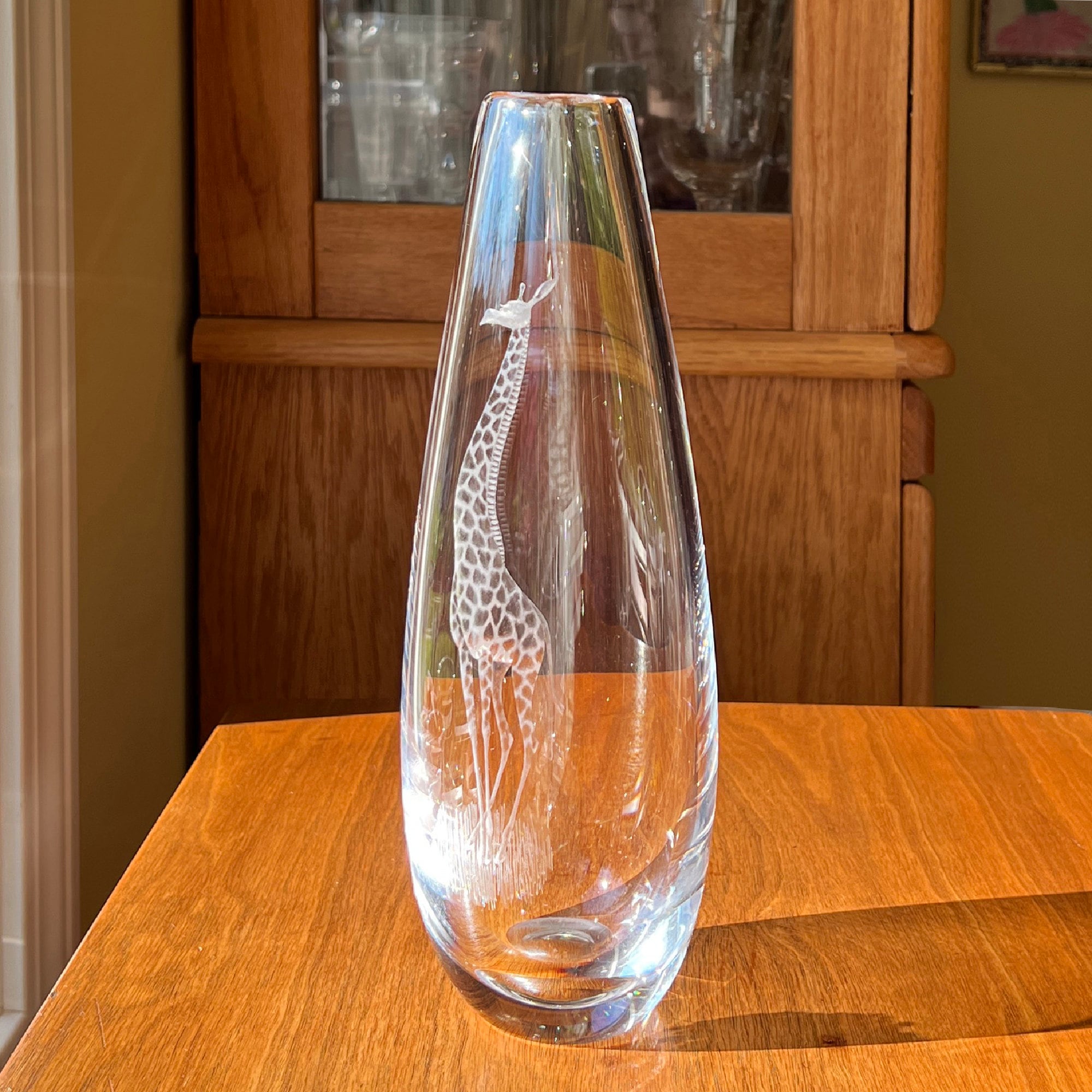 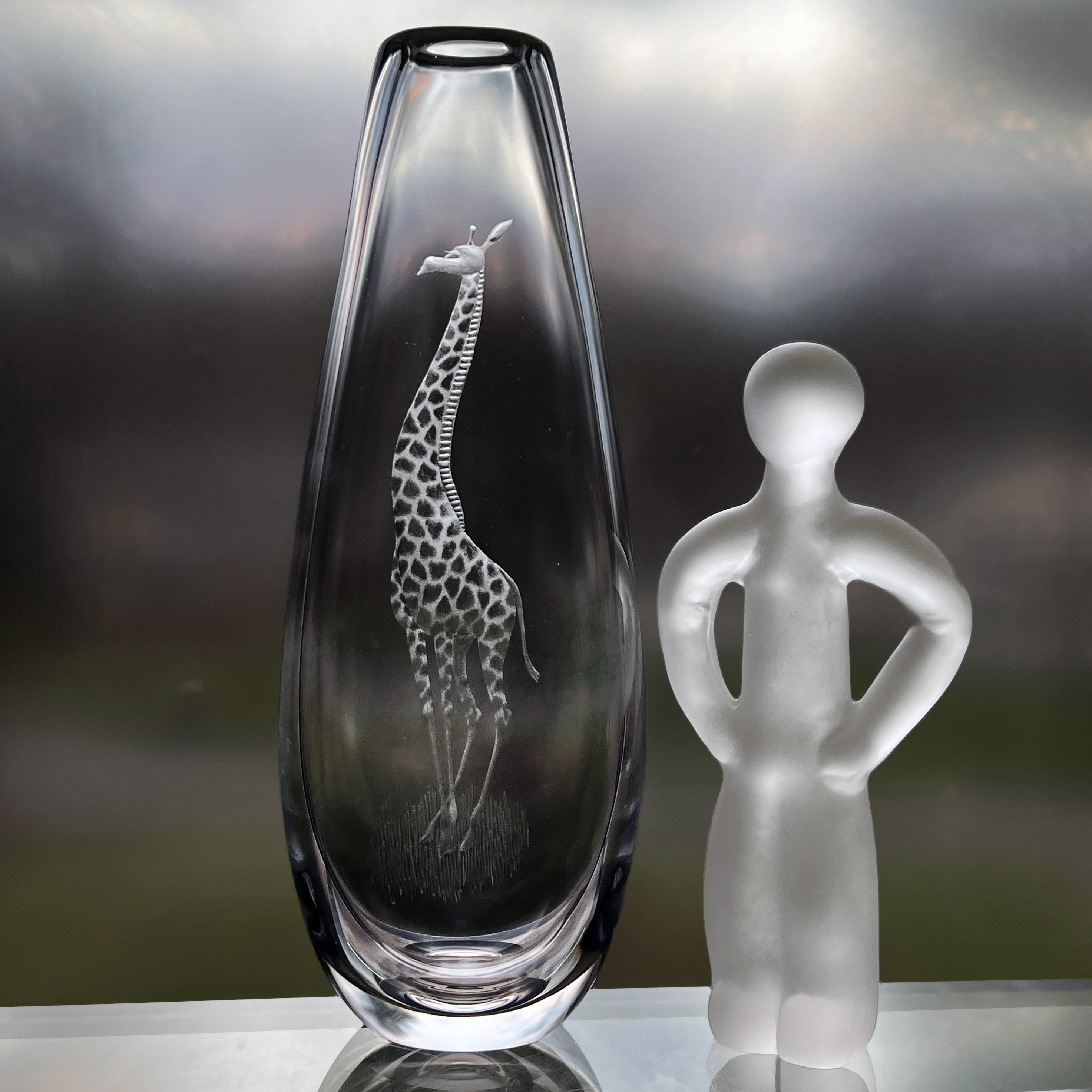 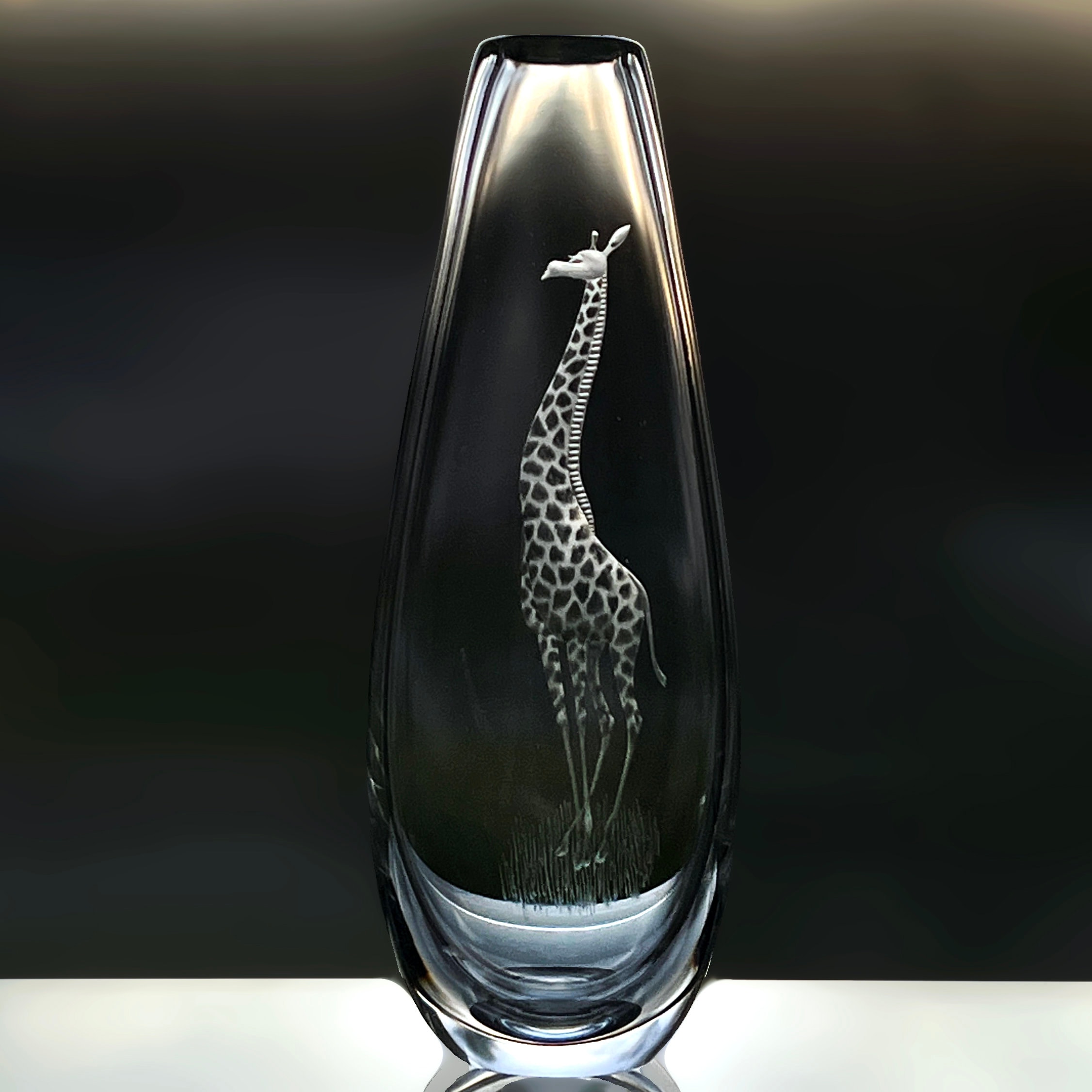 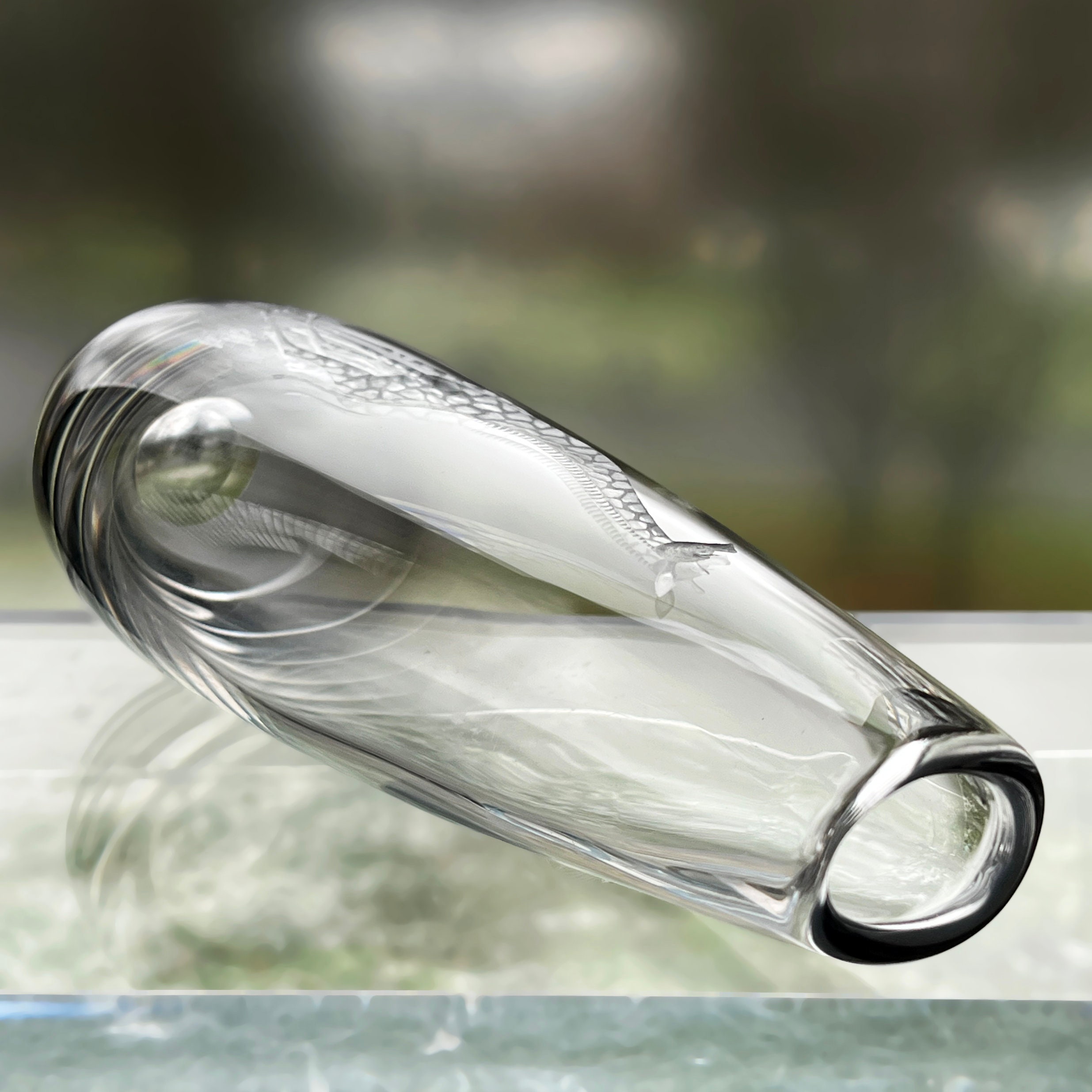 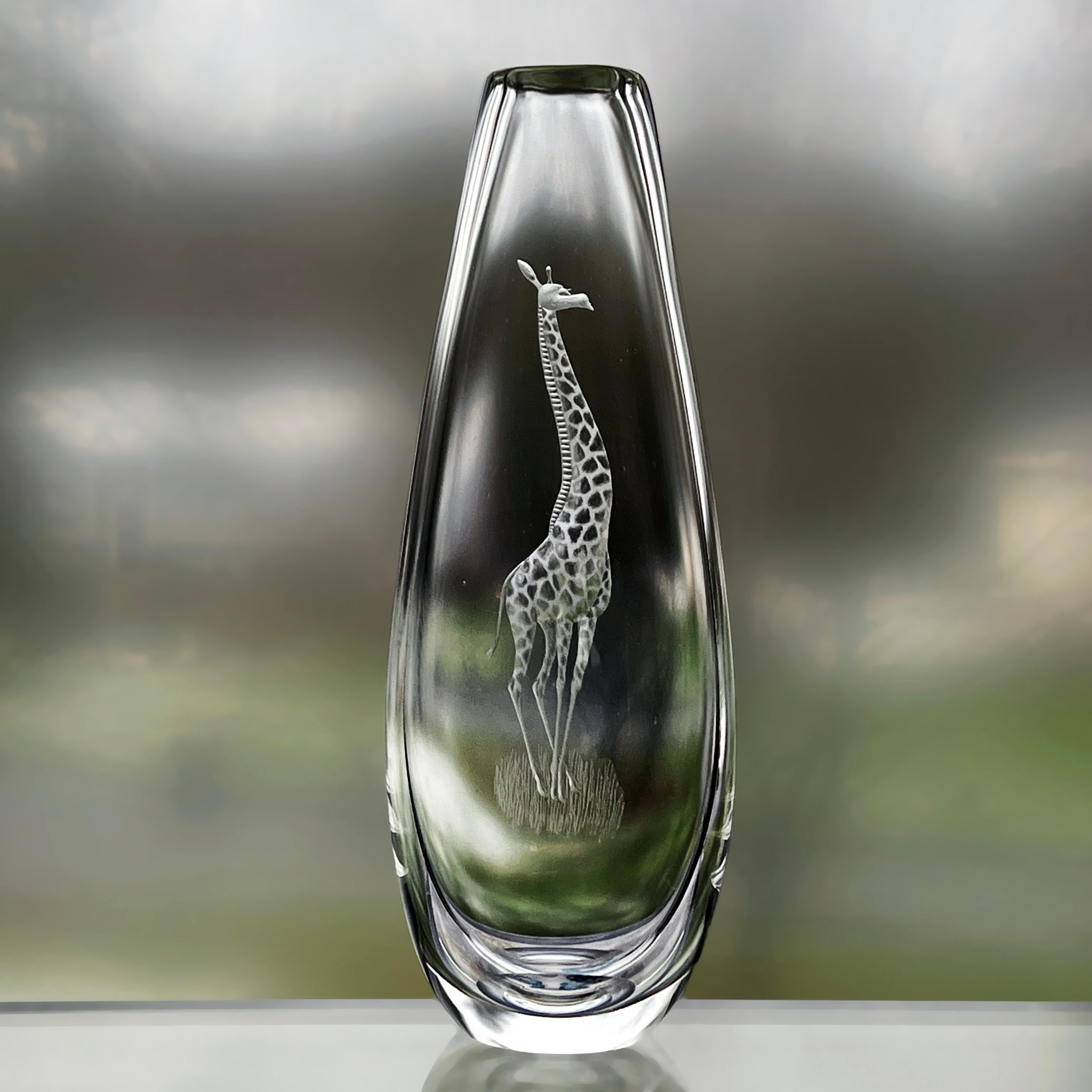 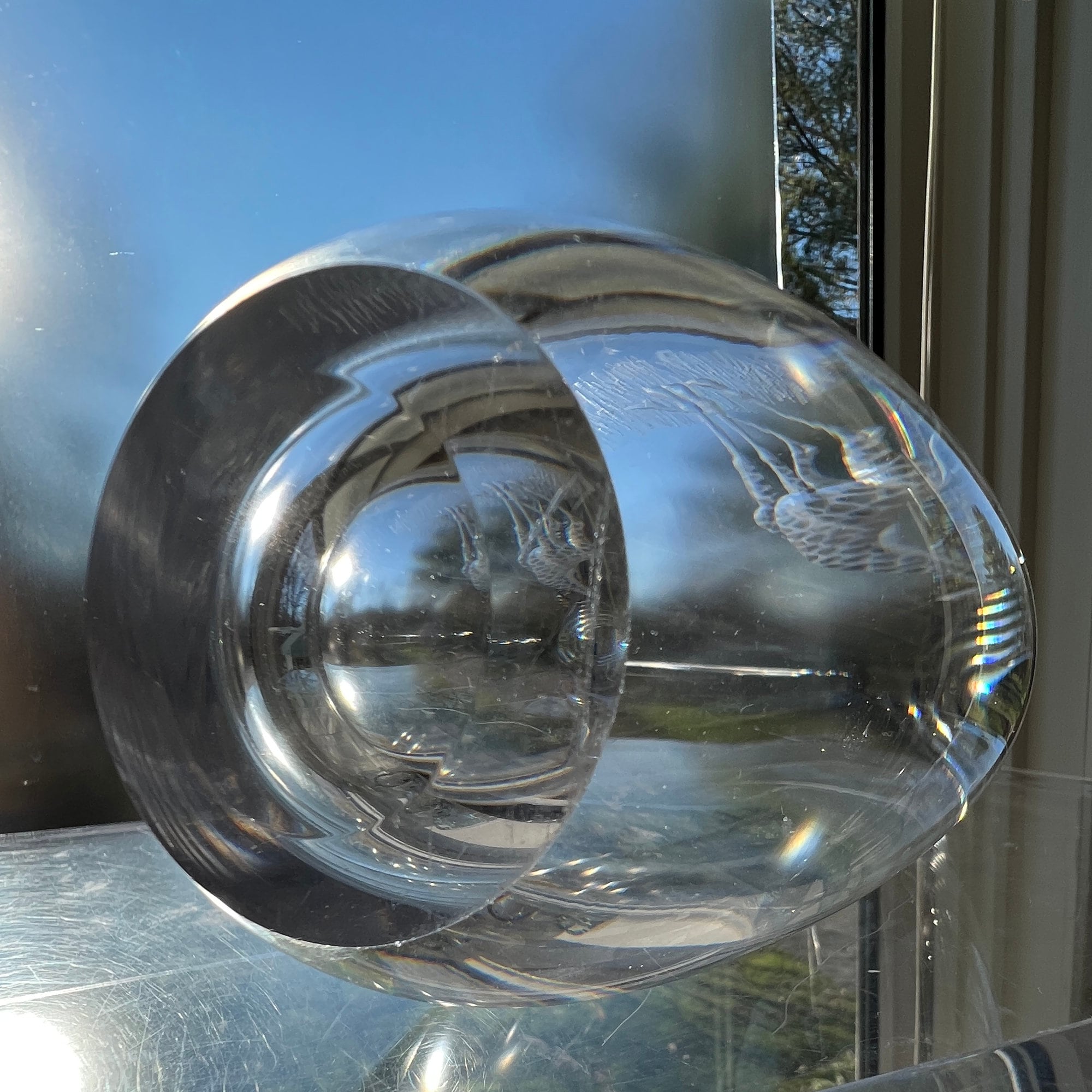 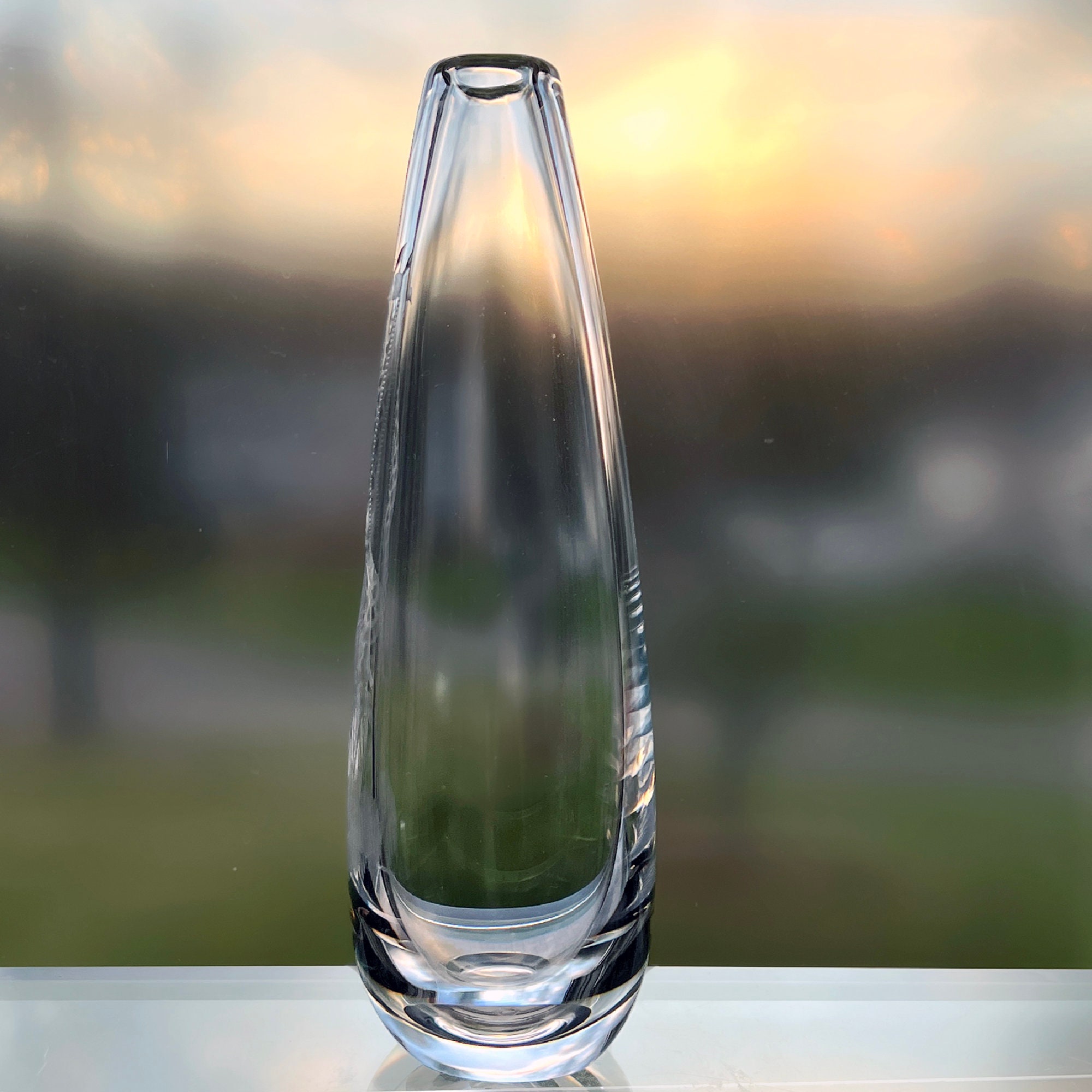 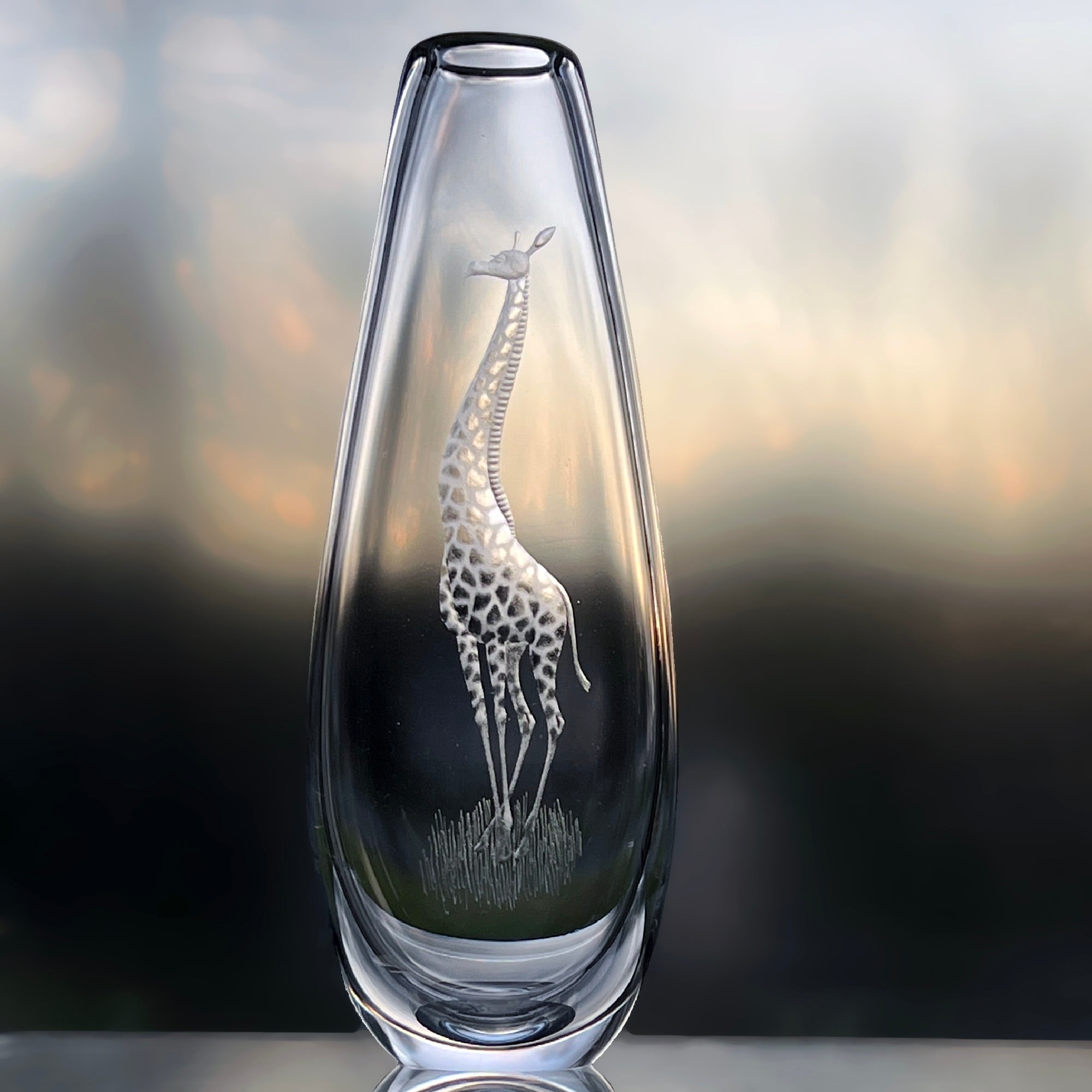 This amazing, hand blown, hand engraved Swedish vase was likely made in the 1960s at Kosta Glassworks (before the merger with Boda in the 70s). It is truly beautiful, with a very proud giraffe engraved on the front. This piece is not signed, but the vase is the same as many I've seen from Kosta and the motif echos Lindstrand's famous "Safari" bowl. The design is at once retro and contemporary, and it would make a fabulous accent in many home décor themes.

The engraving was likely done with a combination of tools, including an electric engraving pen, invented by Rune Strand, and traditional copper wheels of different sizes. This vase is large, 4" wide and 11" tall, and it weighs 3 pounds. It is in fantastic condition.

To judge the attribution yourself, check out Lindstrand's giraffe image on a glass block at the Swedish website, Digital Museum: https://digitaltmuseum.se/021026694491/glasblock/media?slide=0