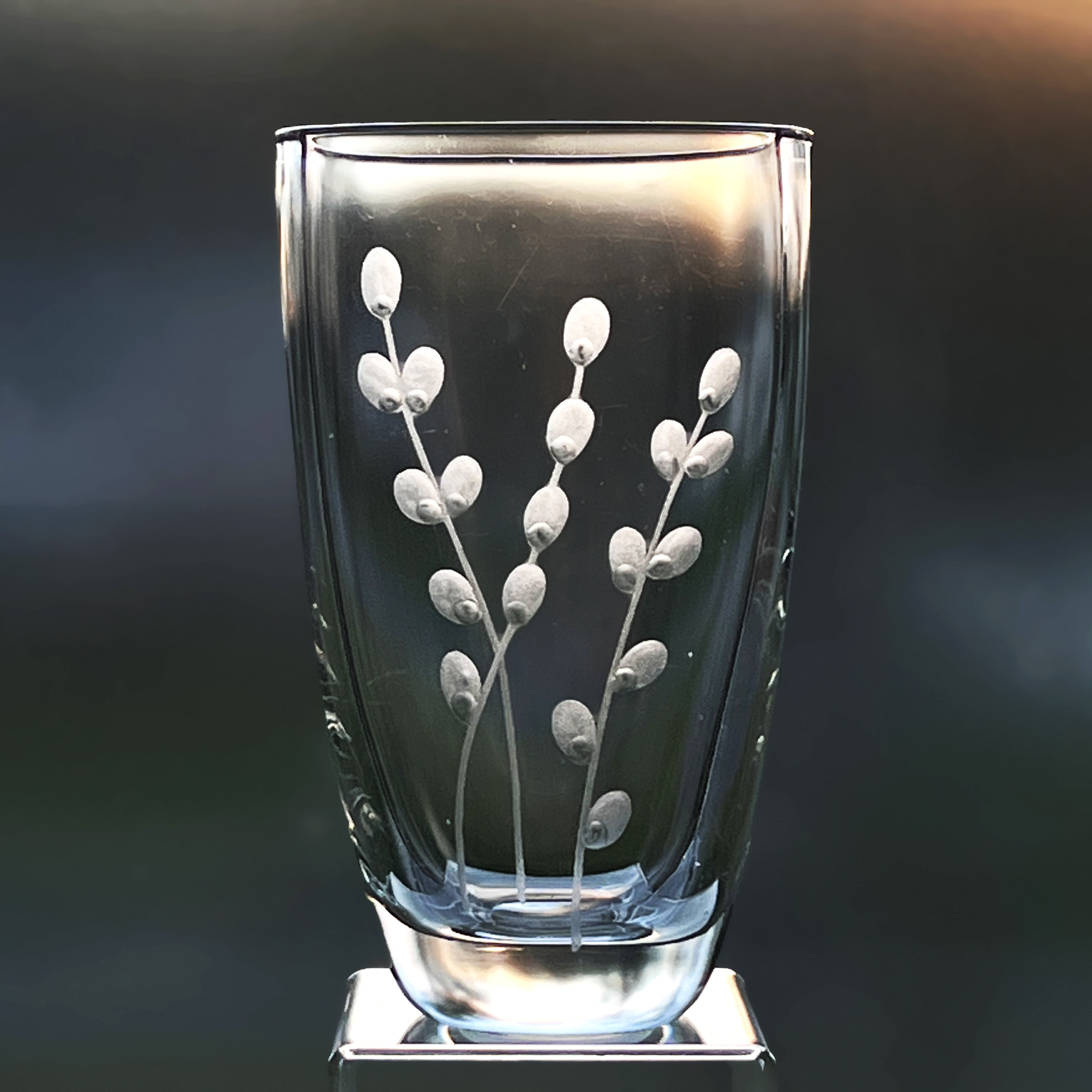 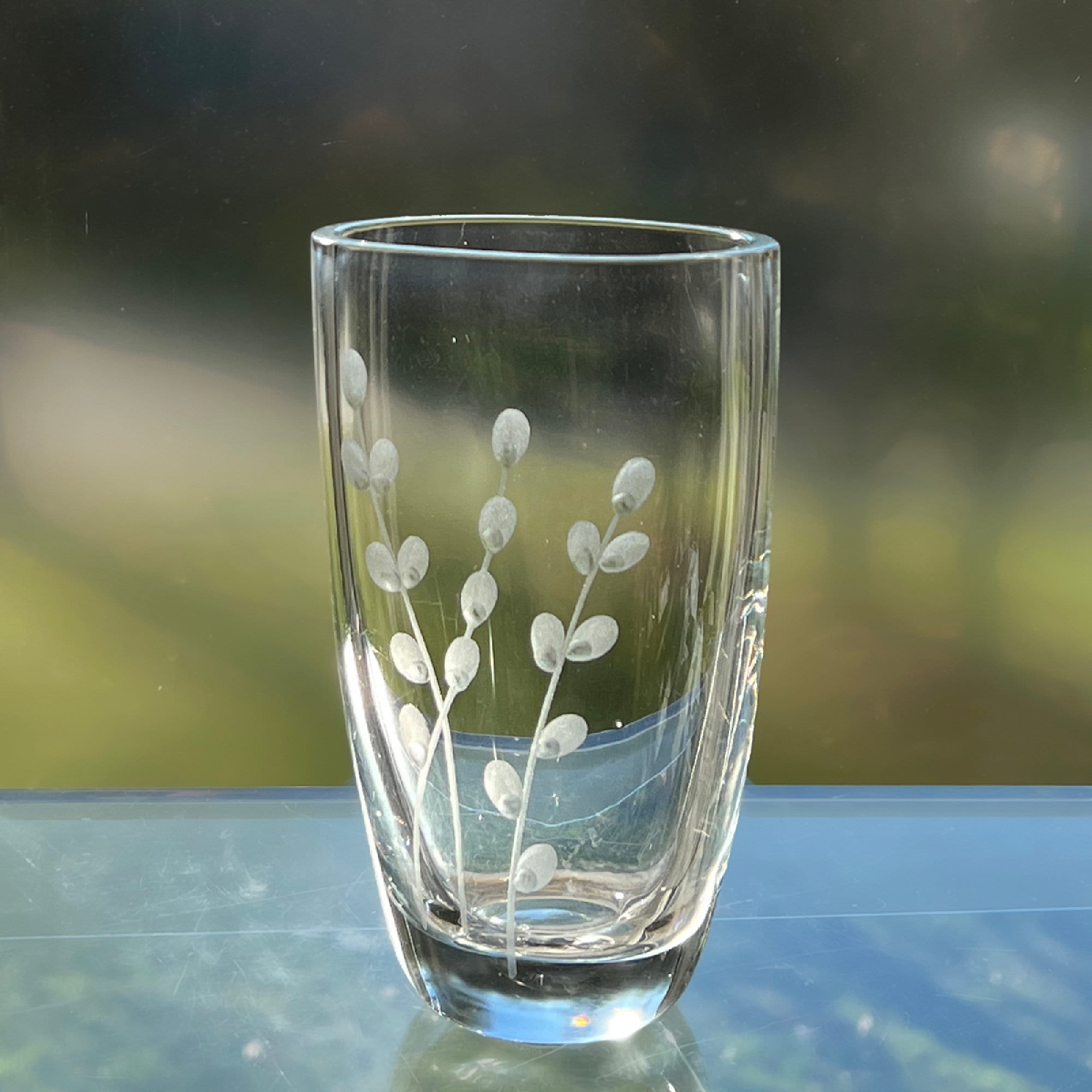 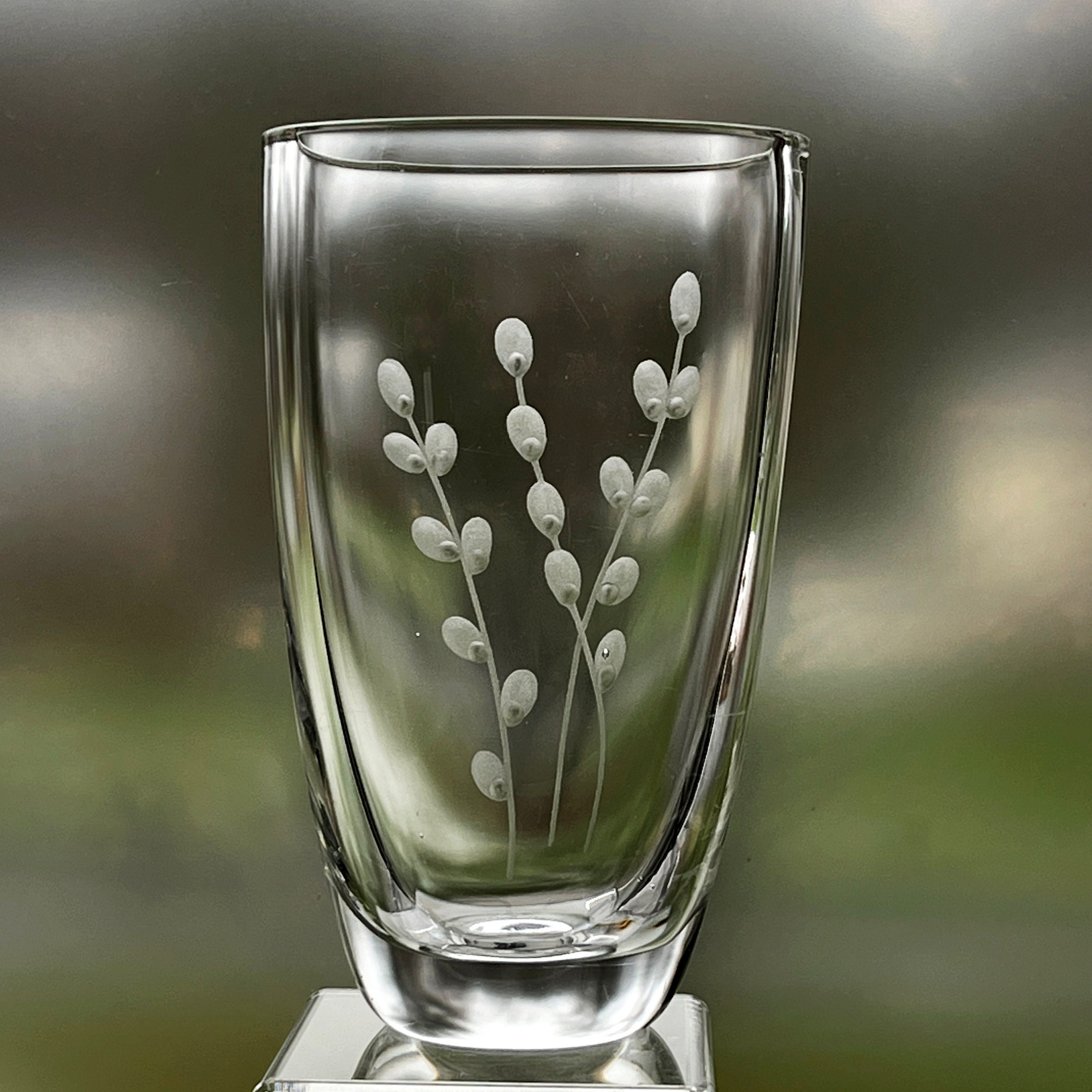 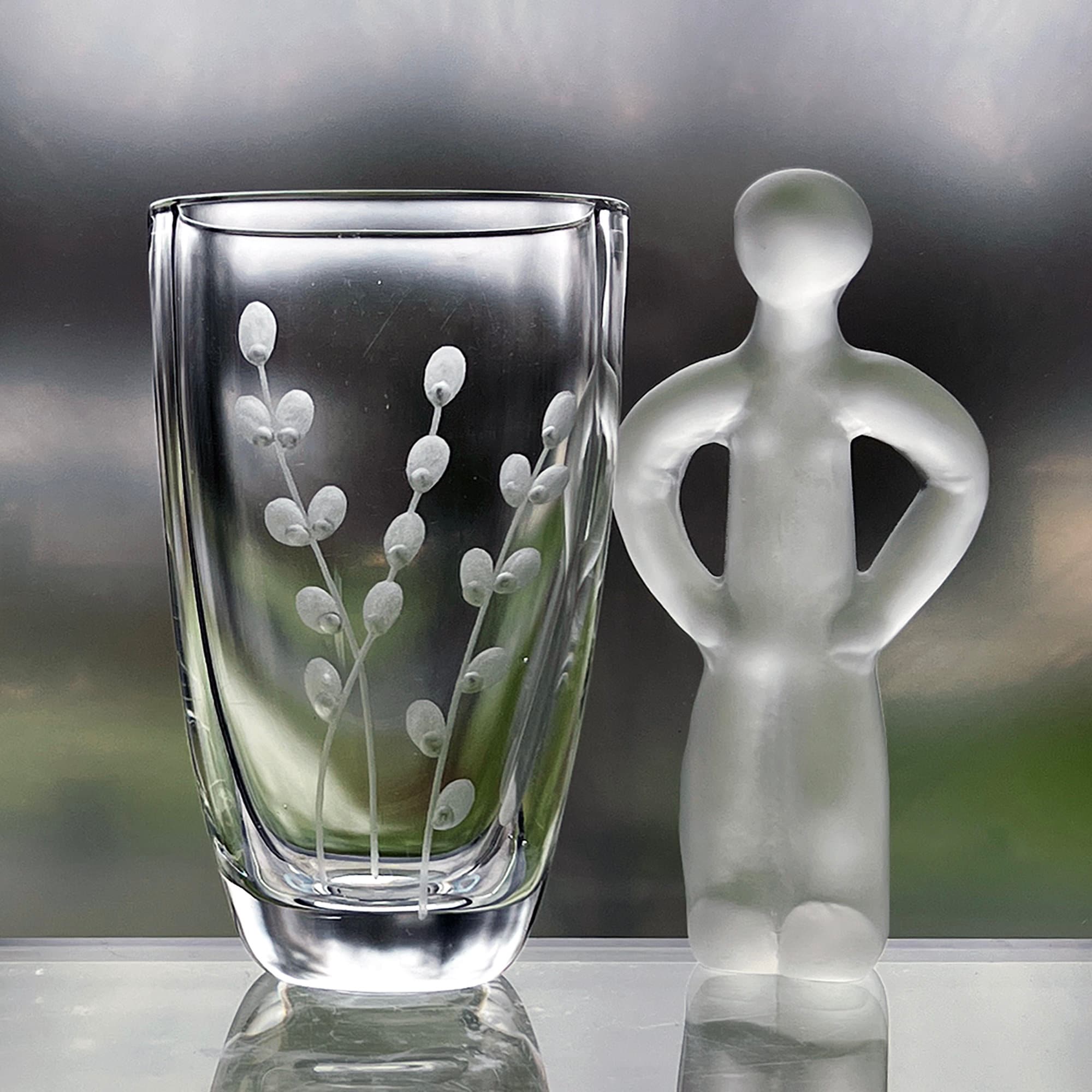 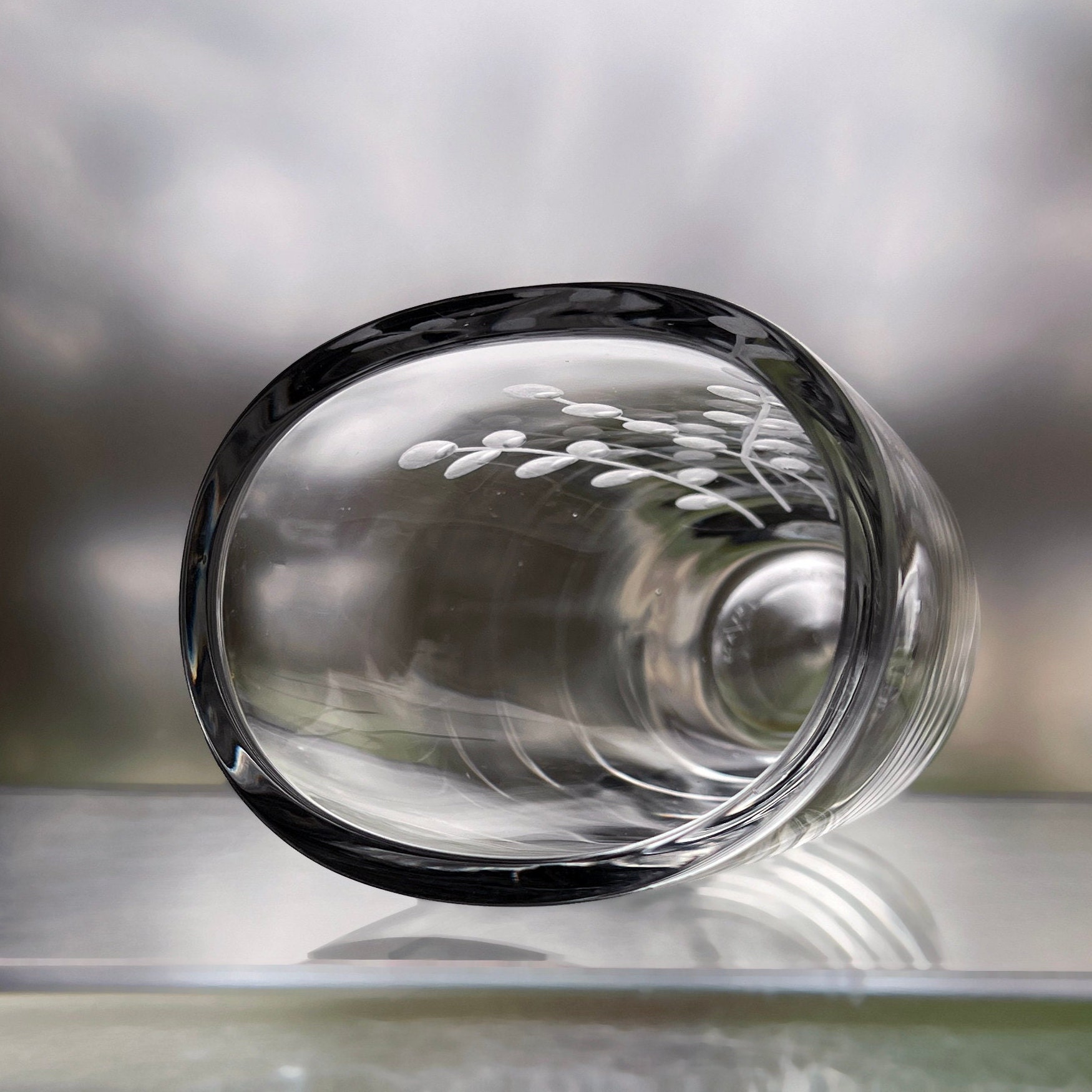 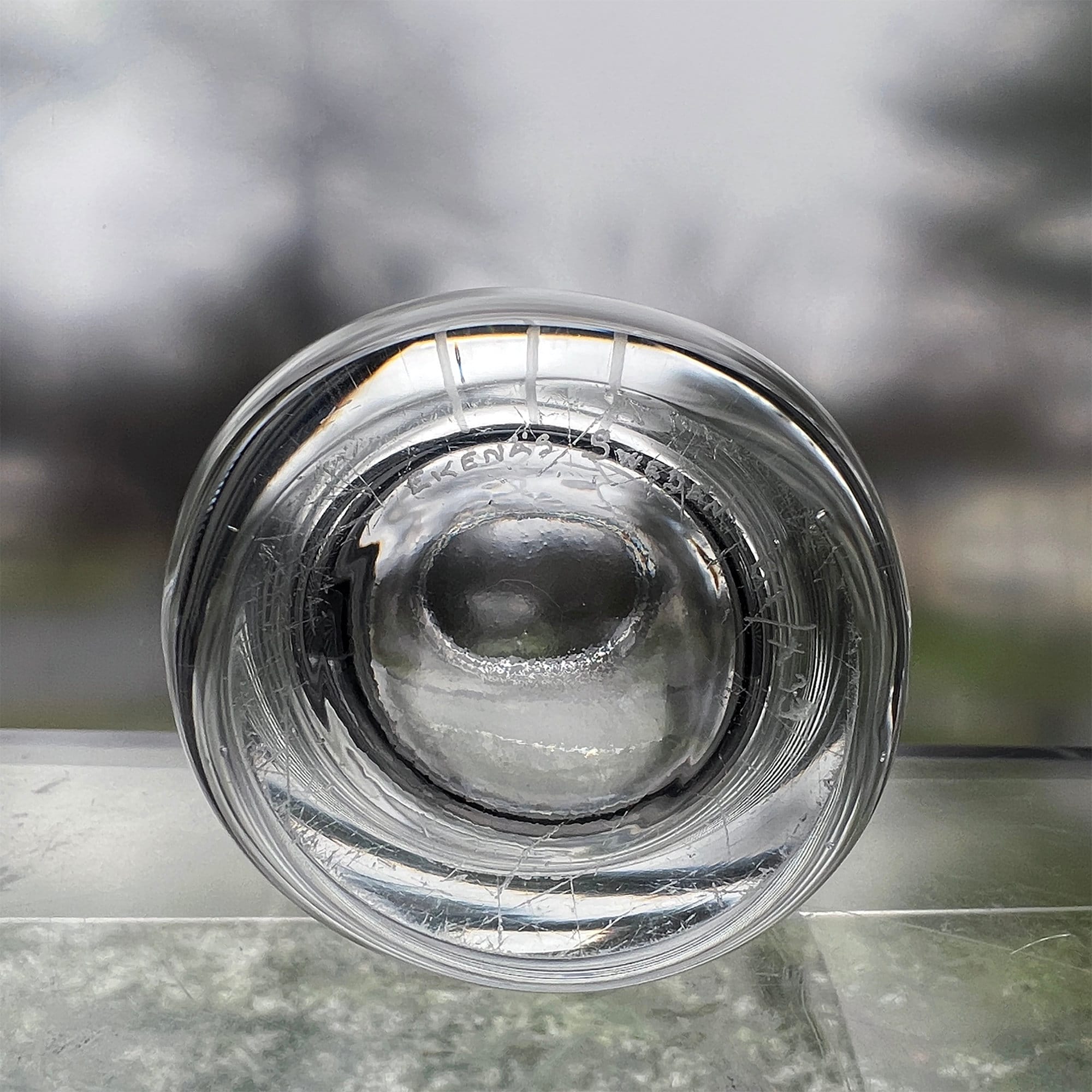 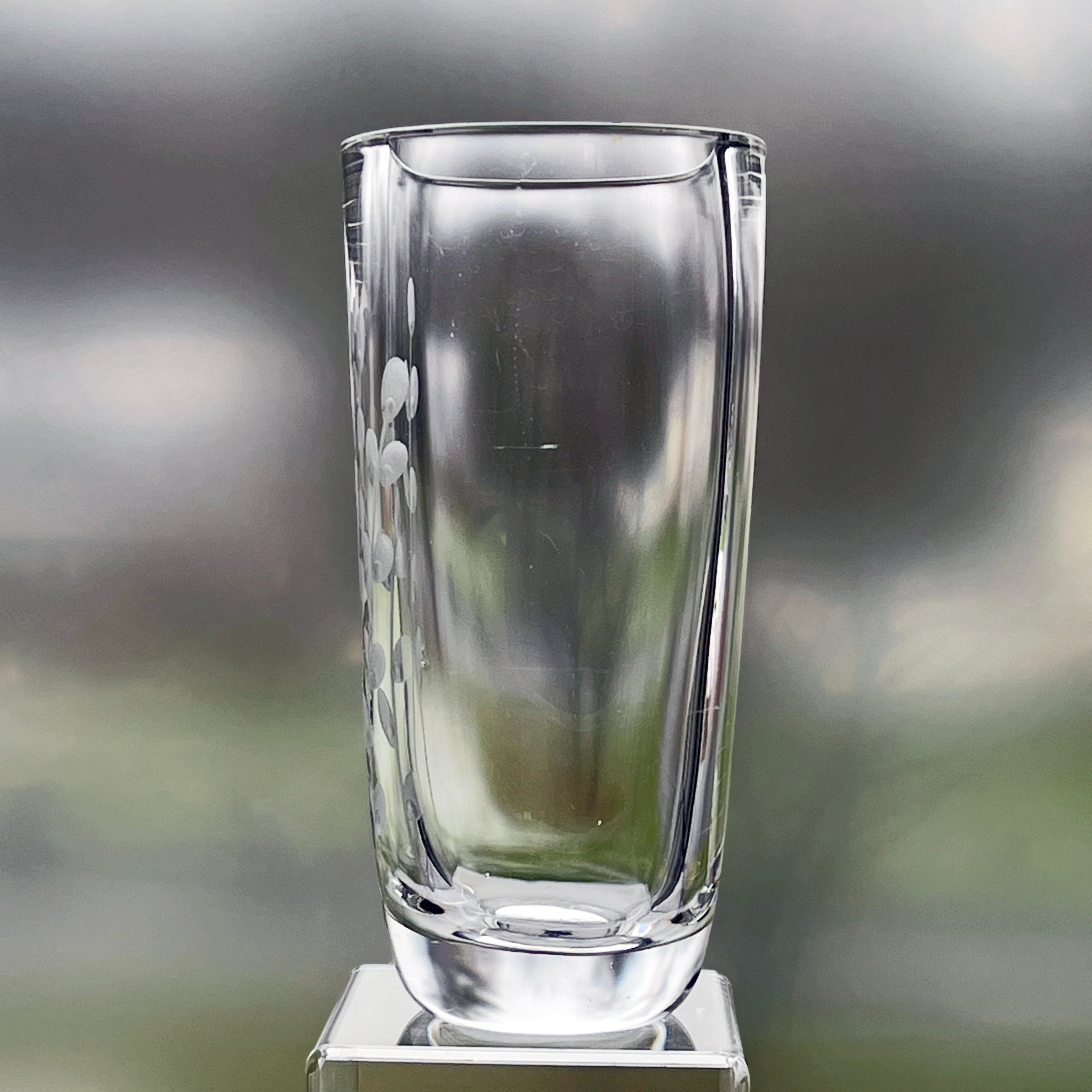 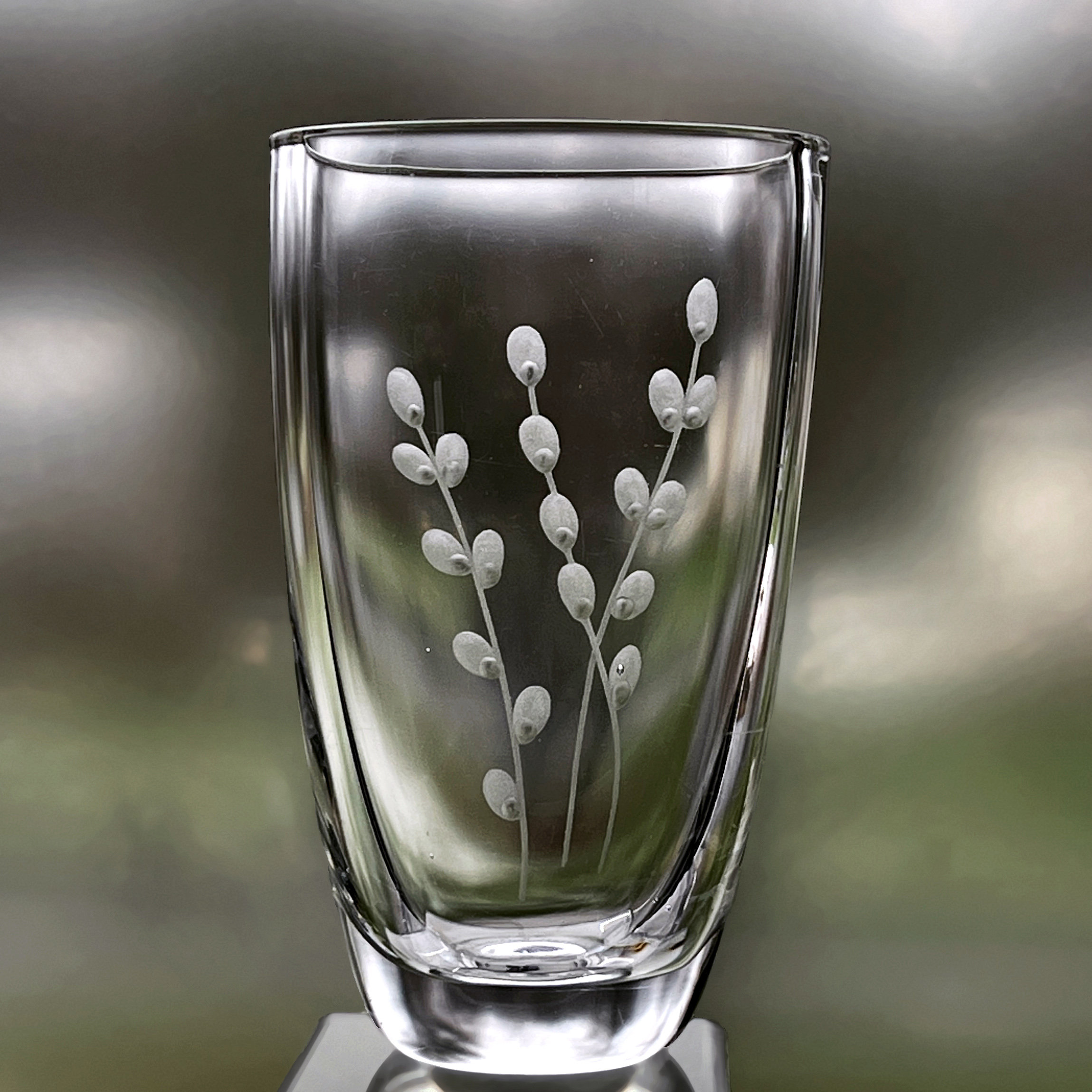 This beautiful vase depicts an early spring favorite - branches of Pussy Willow. It was handmade in Sweden in the 1960s - at one of the many Swedish glassworks in operation there through the middle of the 20th century. The designer, John Orwar Lake (1921 - 2007), was a talented glass artist who produced a great variety of work. The piece is signed, so we know it was made at Ekenäs, where Lake was artistic director from 1950-1976.