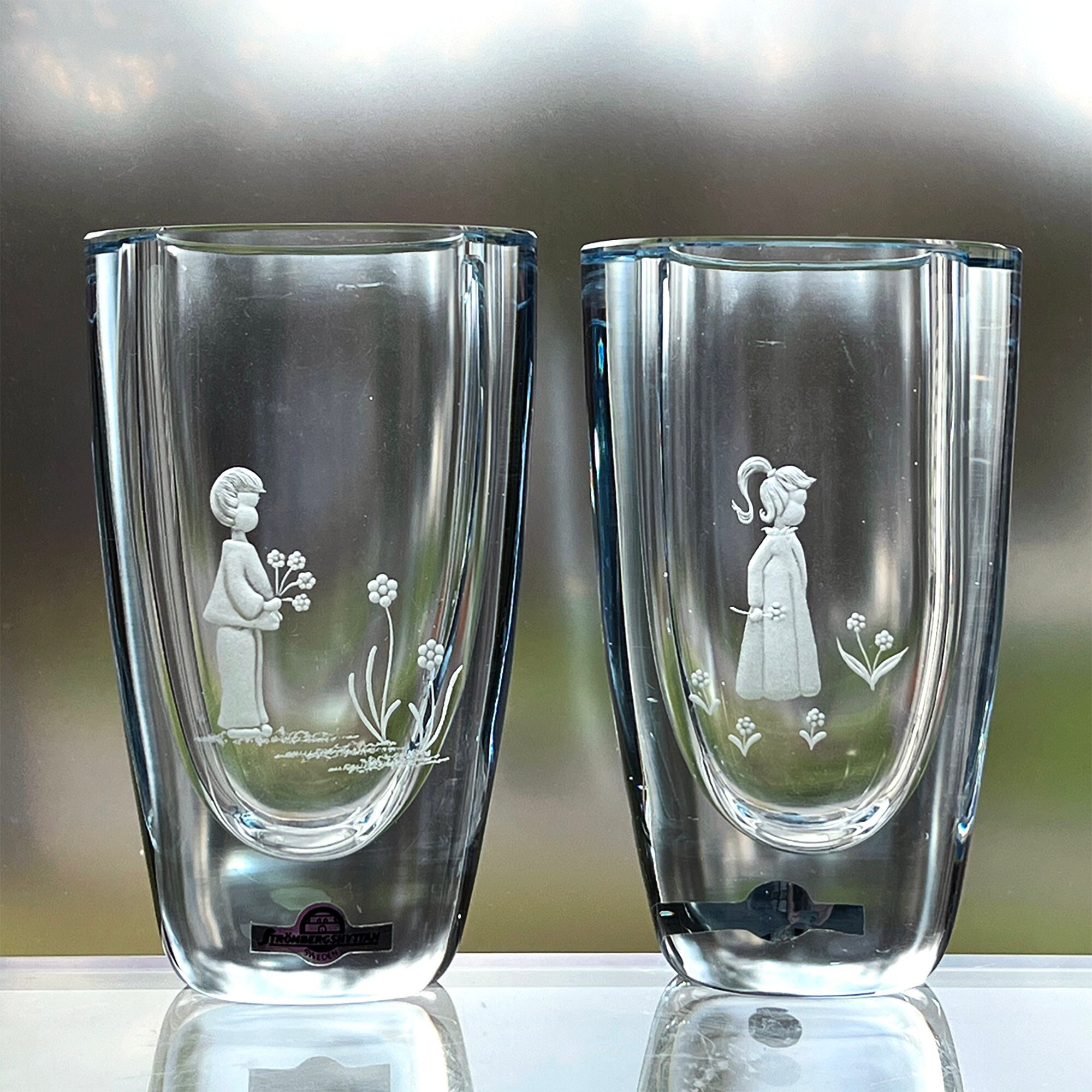 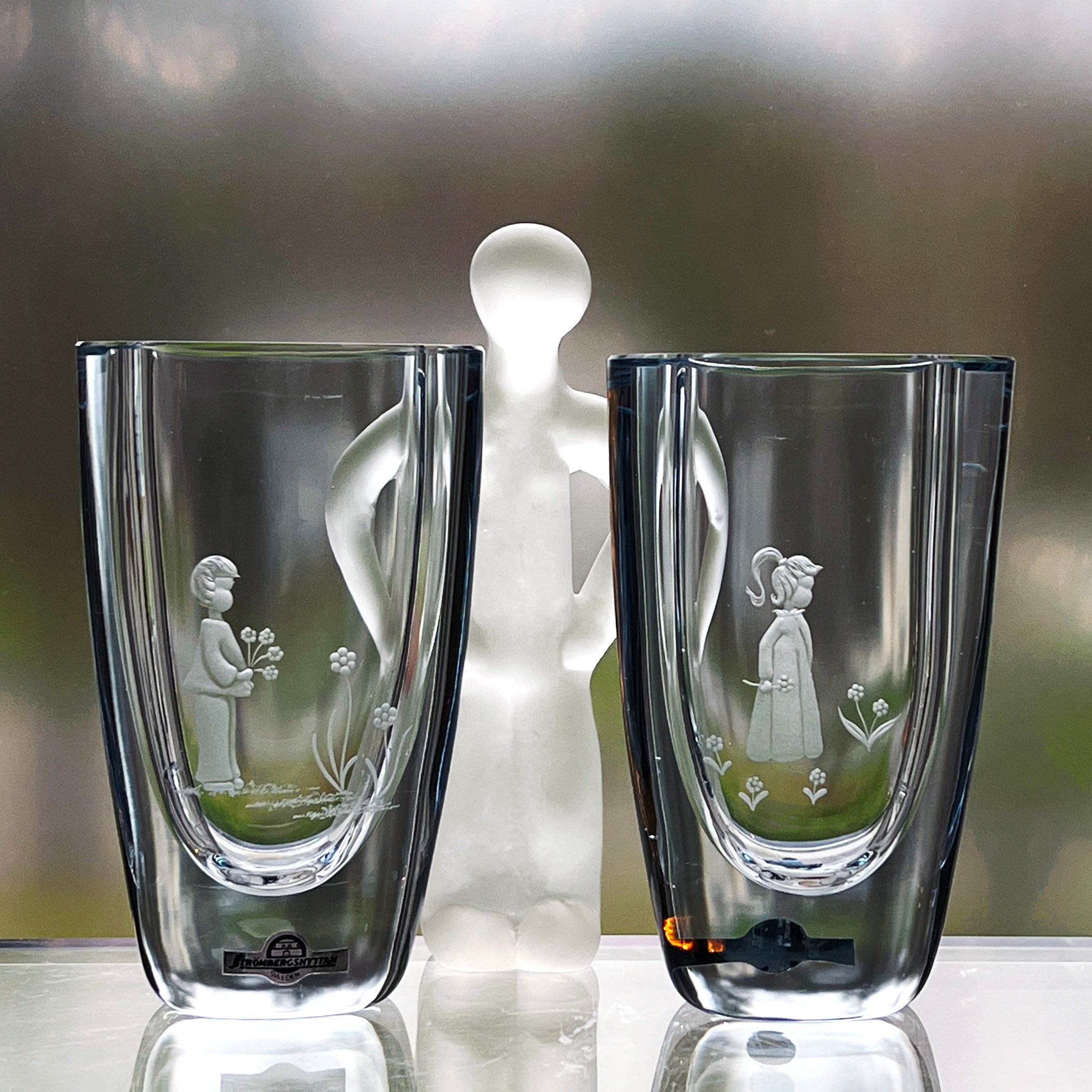 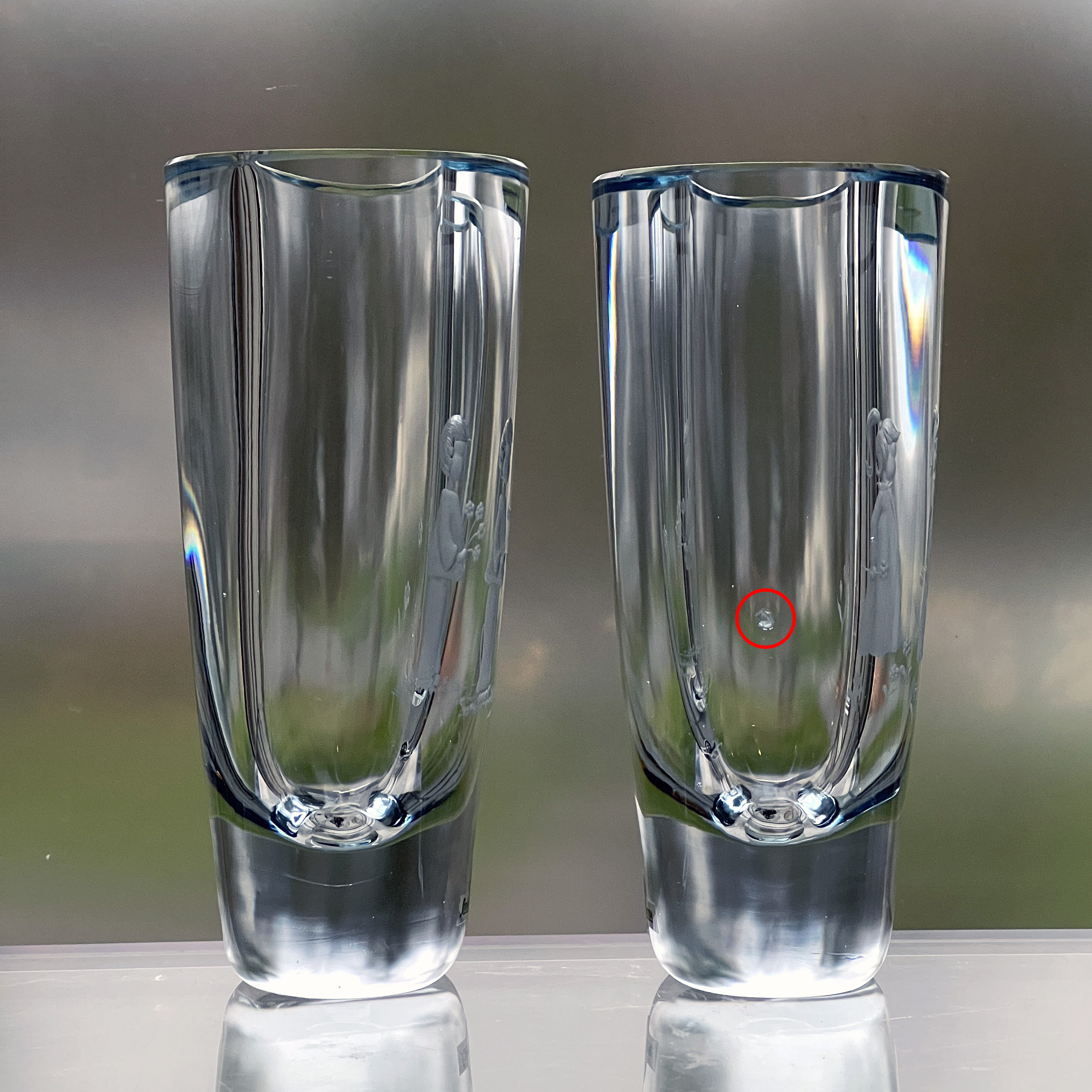 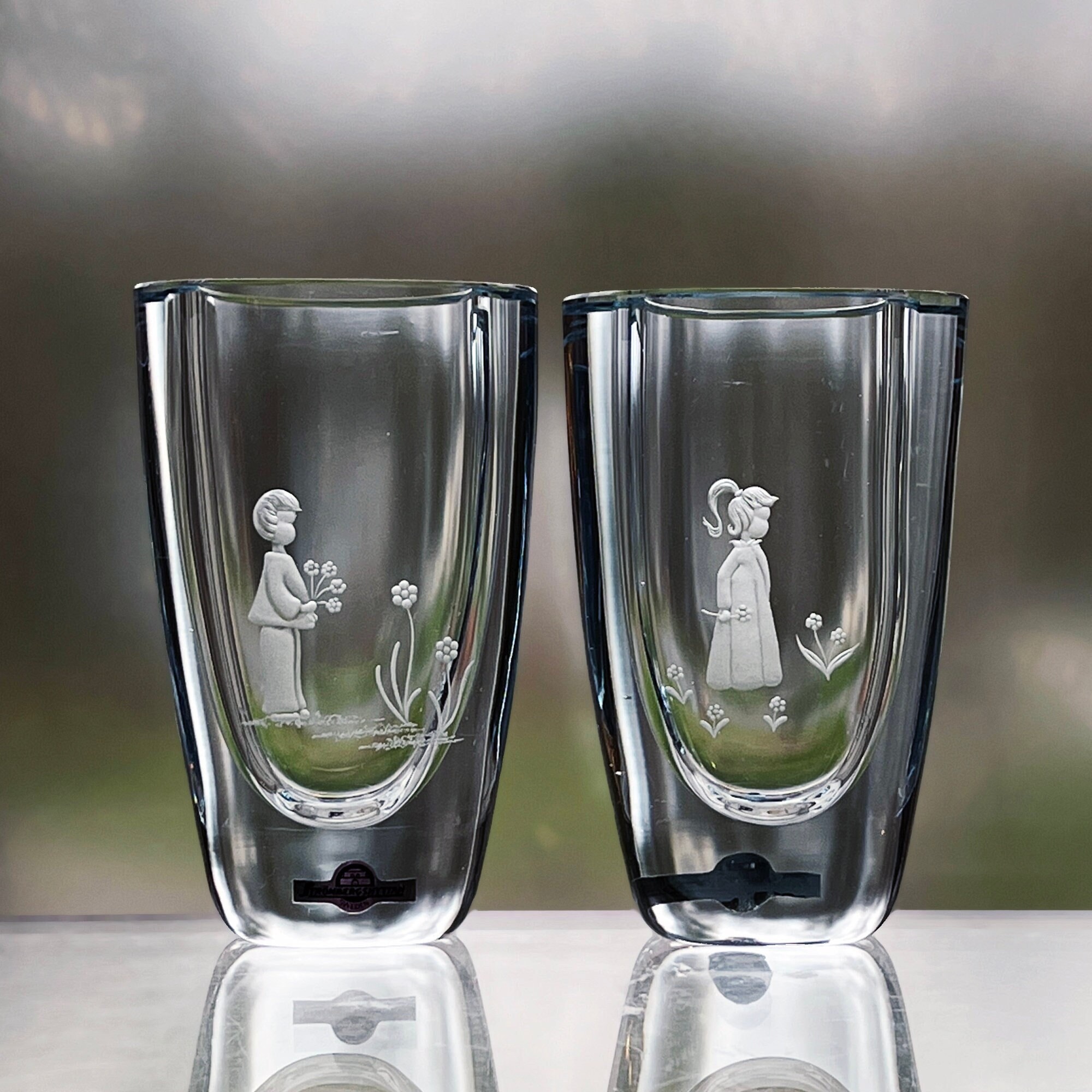 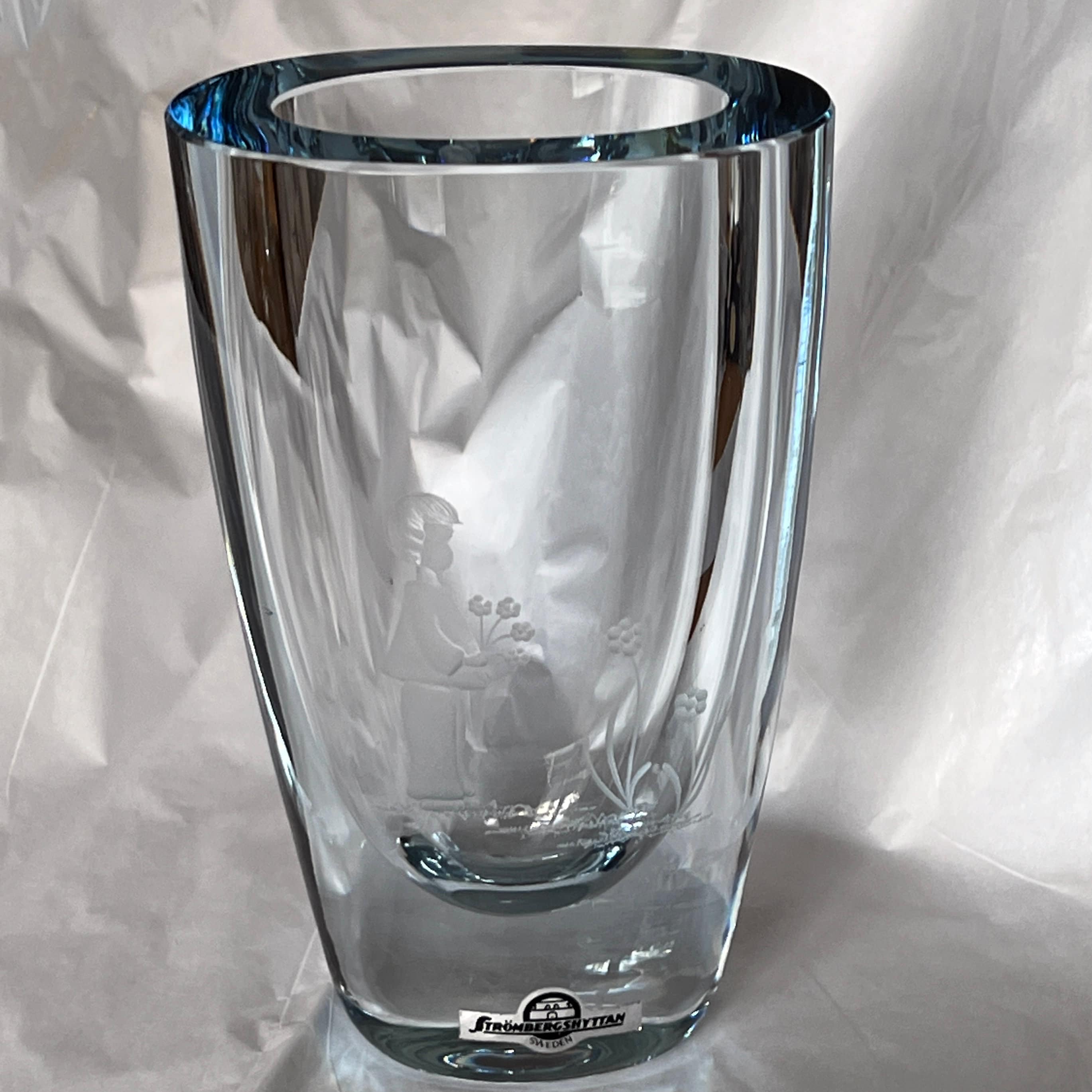 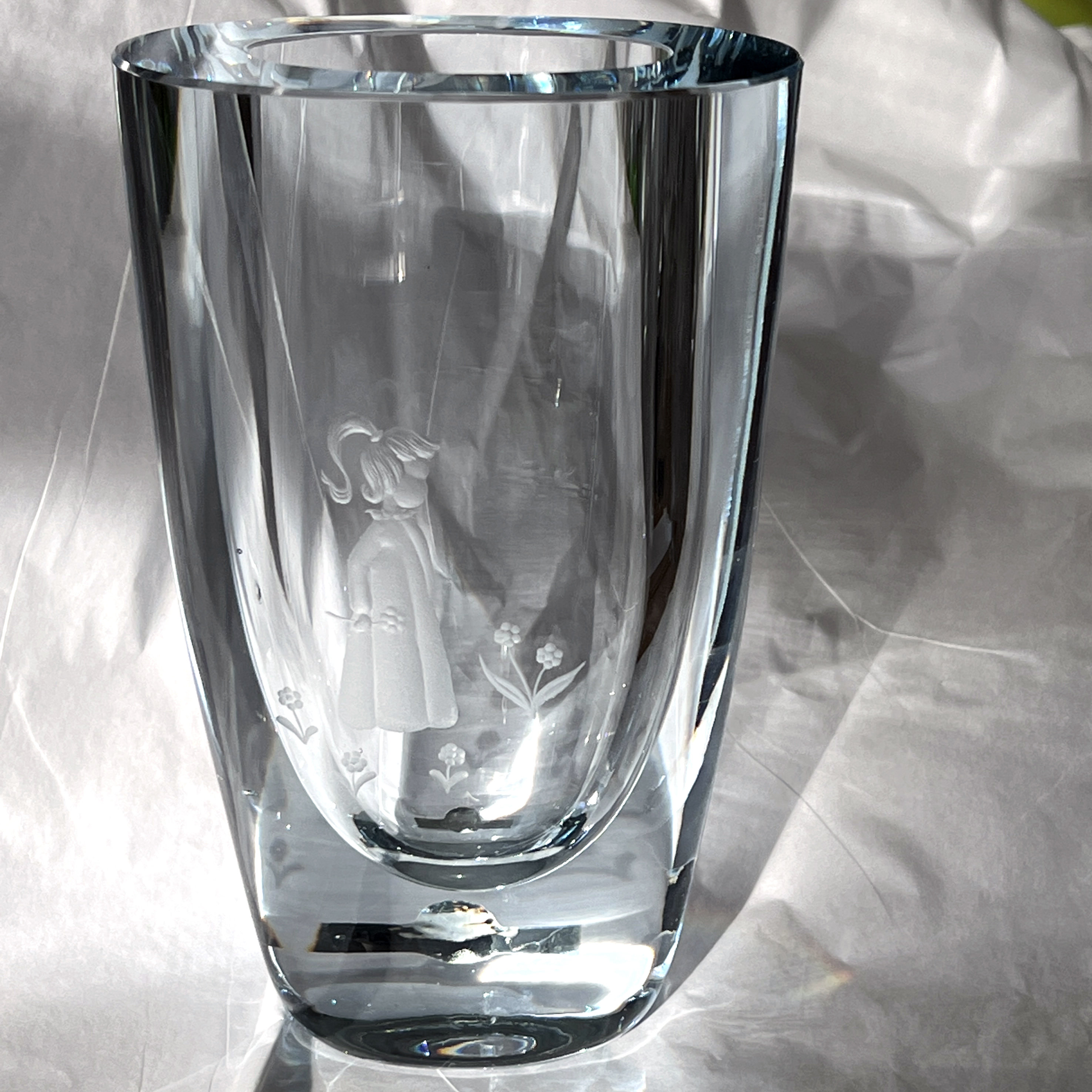 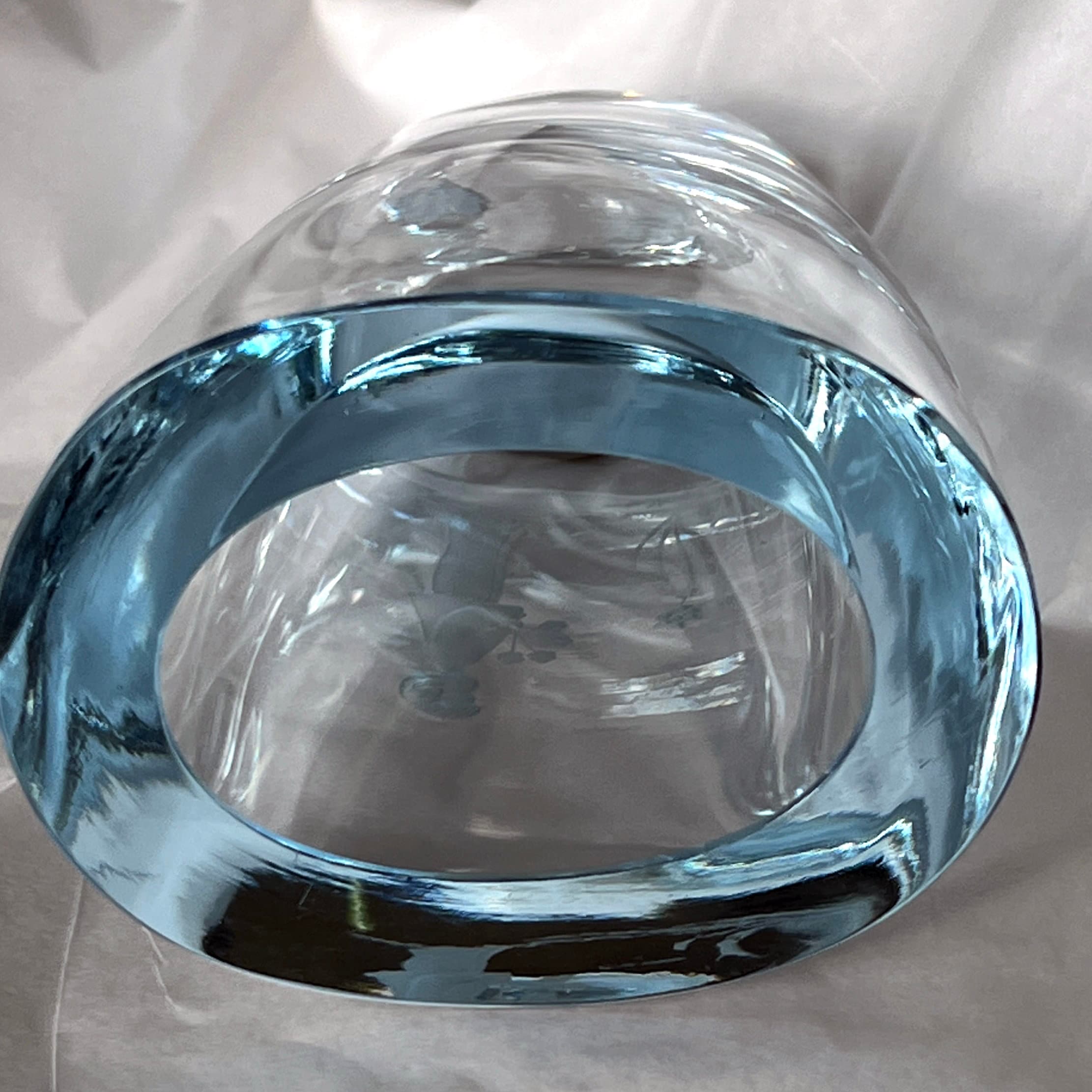 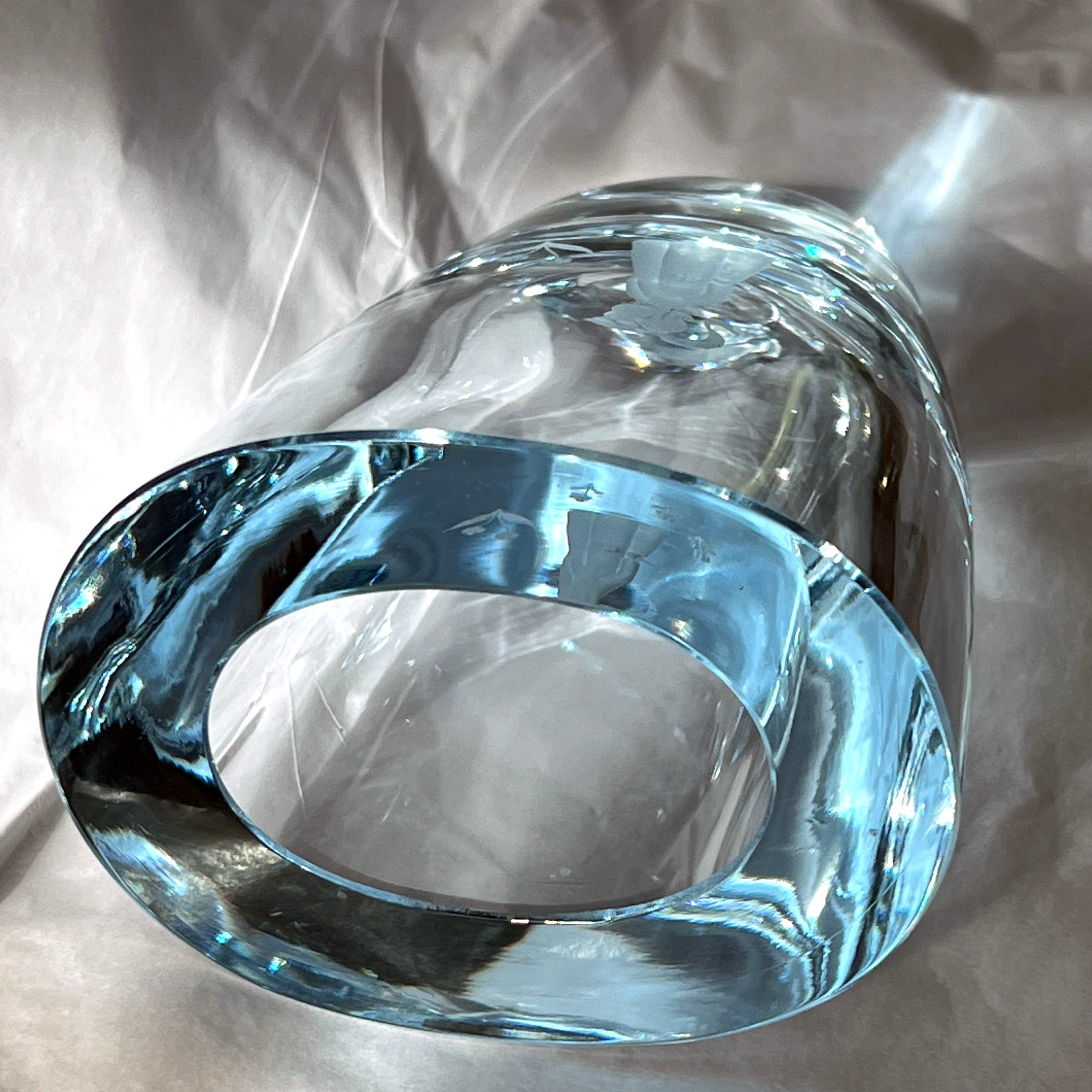 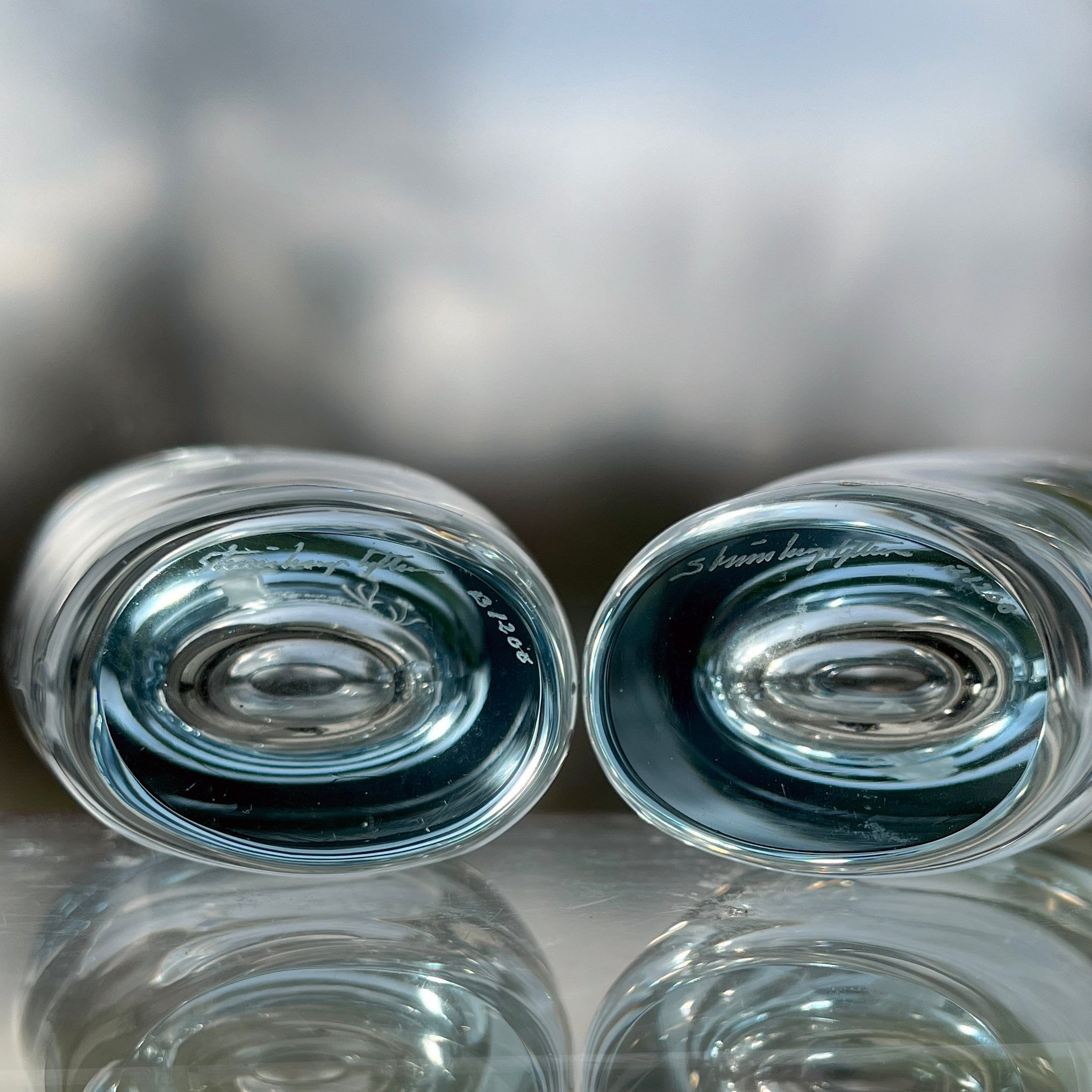 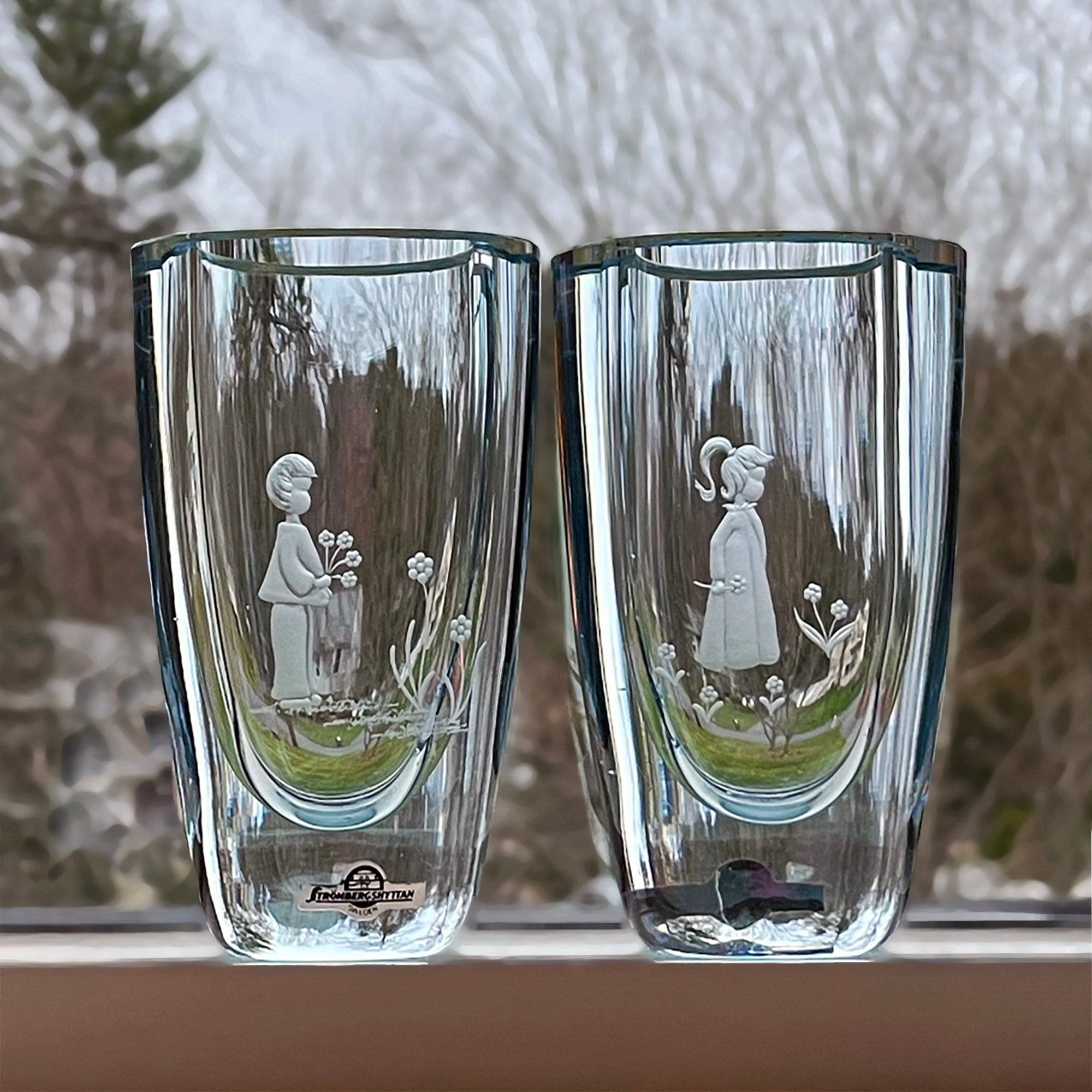 This is a lovely pair of 1970s art glass vases from Strömbergshyttan. Their designs are likely earlier ones from Asta Strömberg that were adapted for a new technique. In the late 1940s, a skilled glass artist and craftsman named Rune Strand, inspired by his neighbor the dentist, invented a pen-style engraver. The engraving technique using this new tool is sometimes called dental drill engraving, and these pieces were made with that method. A fellow glass group member told me that his uncle, Ragnar Bergqvist, who was both a copper-wheel and dental-drill engraver, sometimes corrected or continued Asta's sketches to make them possible to engrave with the new technique. These vases may be Ragnar's design updates. That's pretty cool.

Each vase is similar in size, roughly 3" x 4" at the rim and 6" tall, and they are heavy, weighing nearly 3 pounds each. They are in excellent condition, clear and sparkling, with only one notable flaw. The side of the little girl's vase has an open bubble in the glass, but it is hardly seen from the front. The bases are fully signed and numbered, and each one has its original plastic label.

Here is a little of the story of Strömbergshyttan. In 1876, a glassworks called Lindfors ("winding falls") opened about 50 km west of Orrefors. In 1933, Edward Strömberg, who was a former head at Orrefors, and his wife Gerda, who was a designer at Eda, leased the company and changed the name to Strömbergshyttan ("Strömberg's hut"). Edward and his son Eric devised a way to produce a glass that had a bluish-silver hue, which became characteristic for Strömbergshyttan. Eric Strömberg and his wife, Asta, bought the company in 1945, and they invested heavily to modernize it. The Strömberg family further upgraded the mill in 1960. For most of the 40+ years that the family controlled the glass mill, Gerda and Asta Strömberg designed the glass.* In the 50s and 60s, the talented ceramic artist, Gunnar Nylund, also designed for Strömbergshyttan, which is when this vase was made. A fire in 1973 left the glassworks in financial difficulties, and it was sold to Orrefors in 1976. Orrefors closed the Strömbergshyttan glassworks just three years later. (Adapted from Nils Bergqvist.)