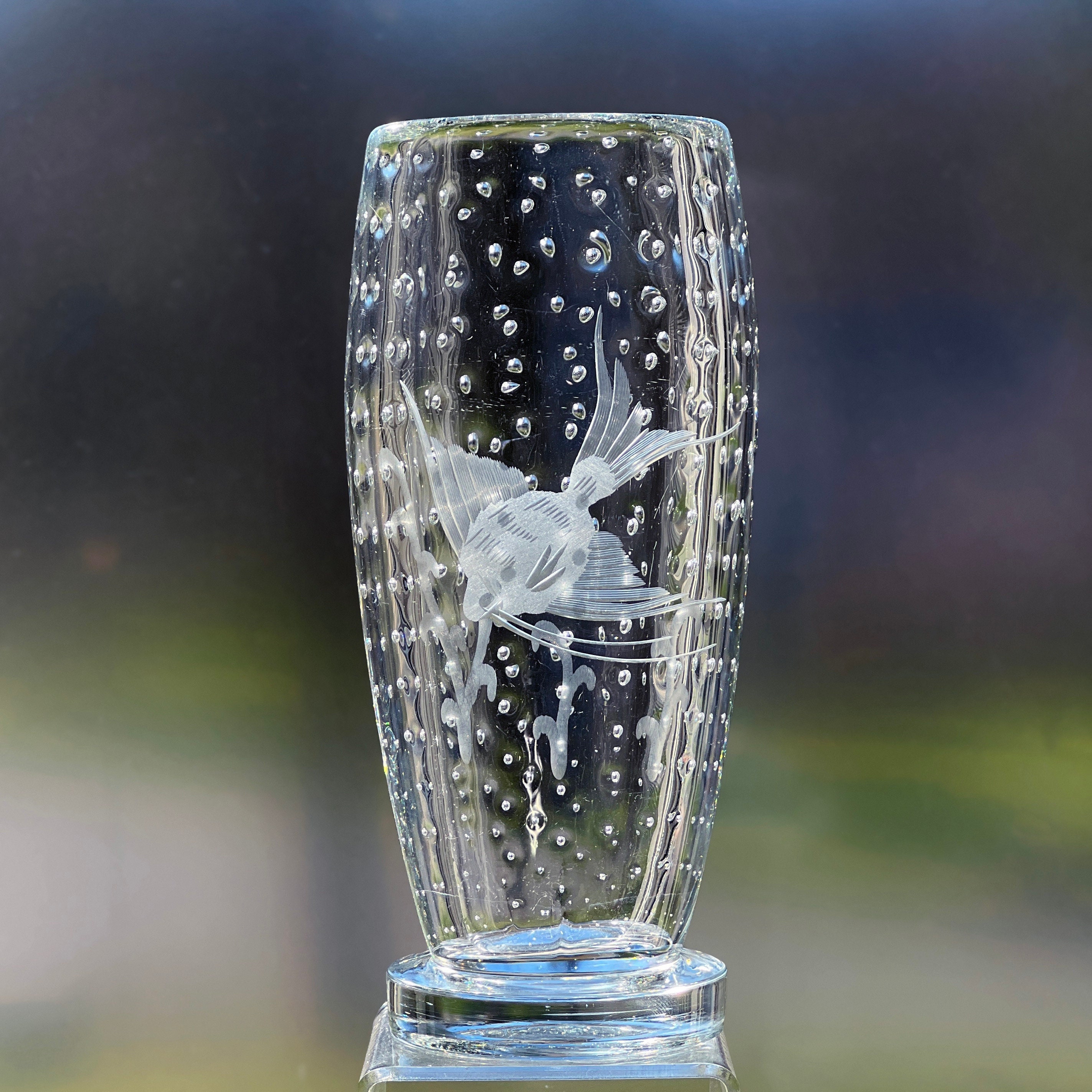 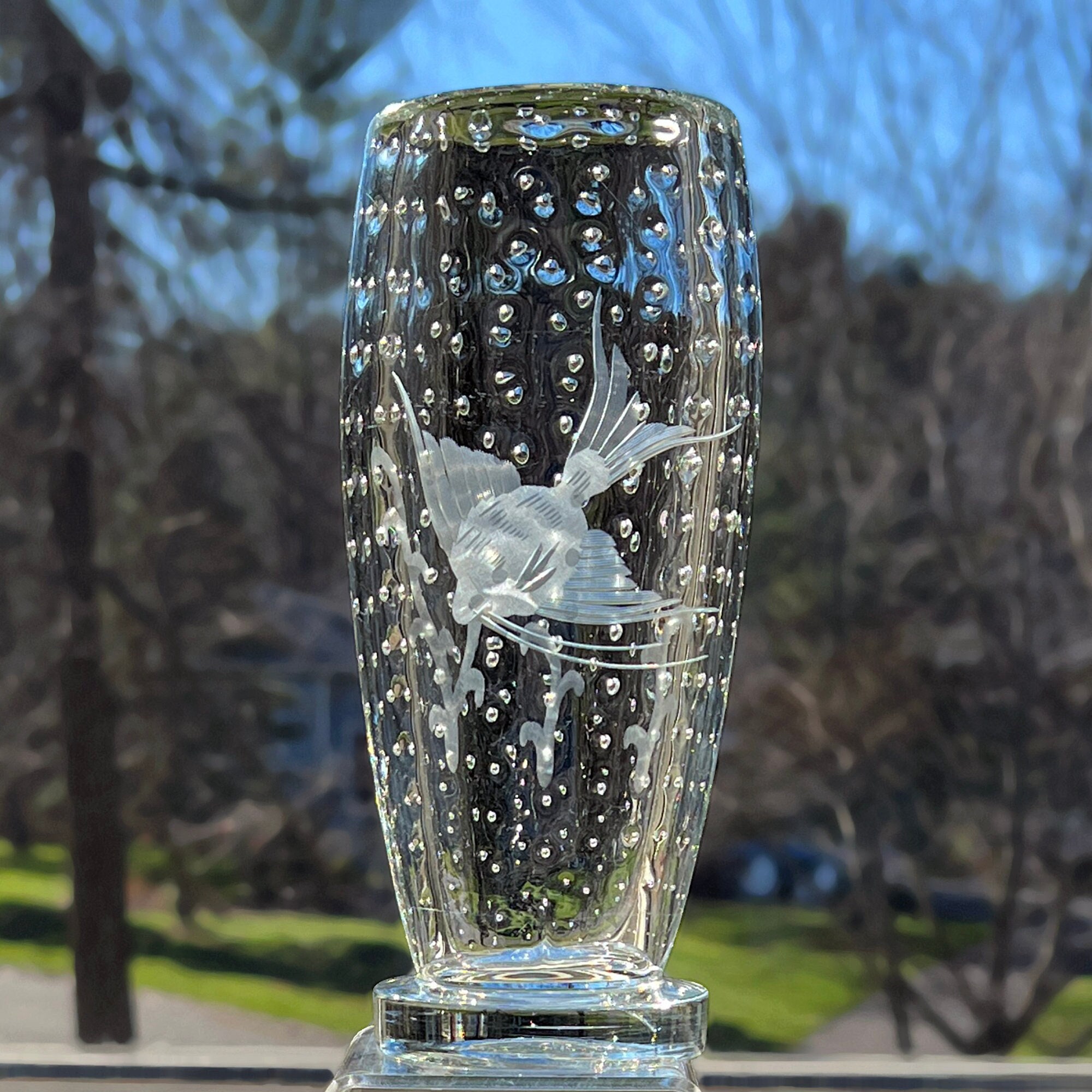 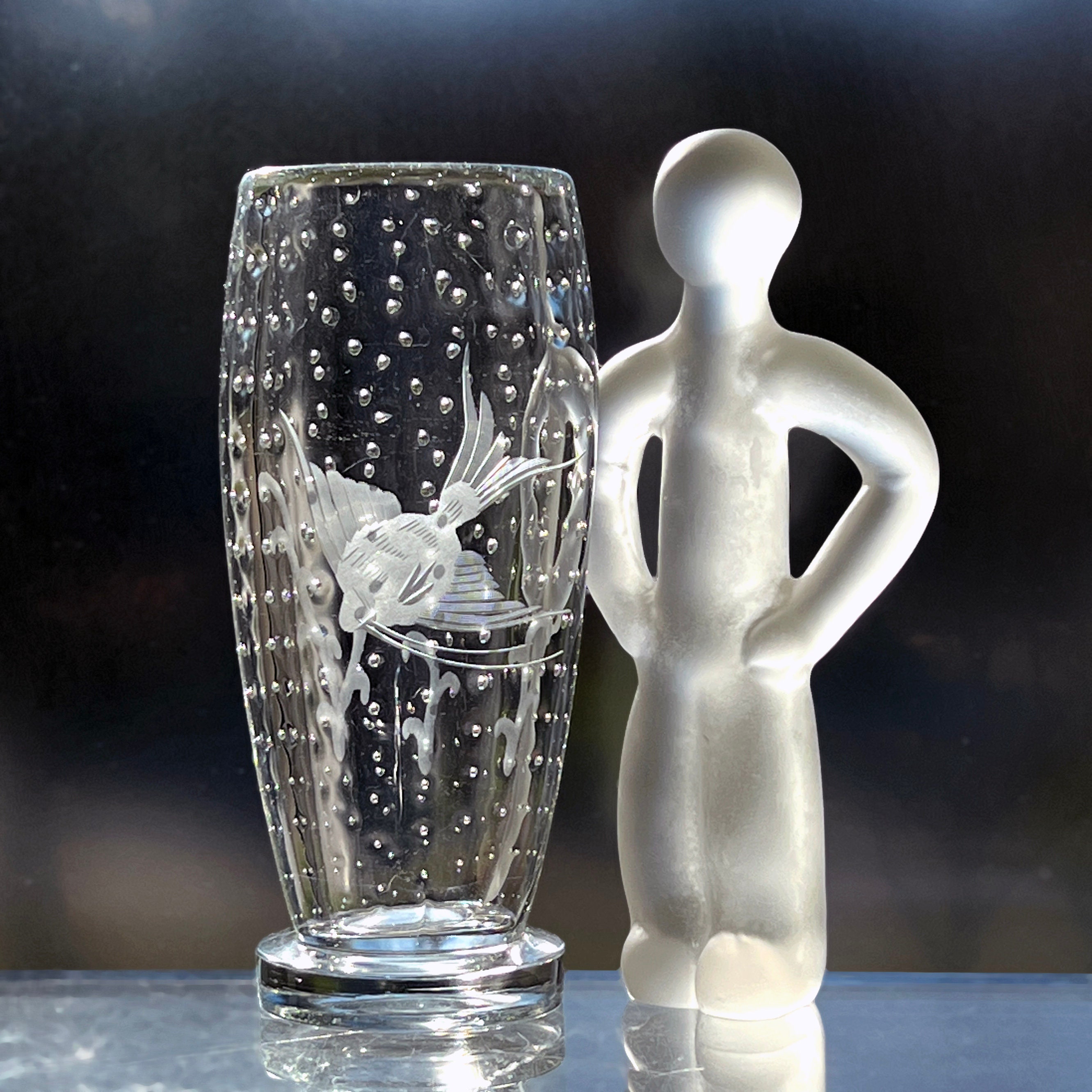 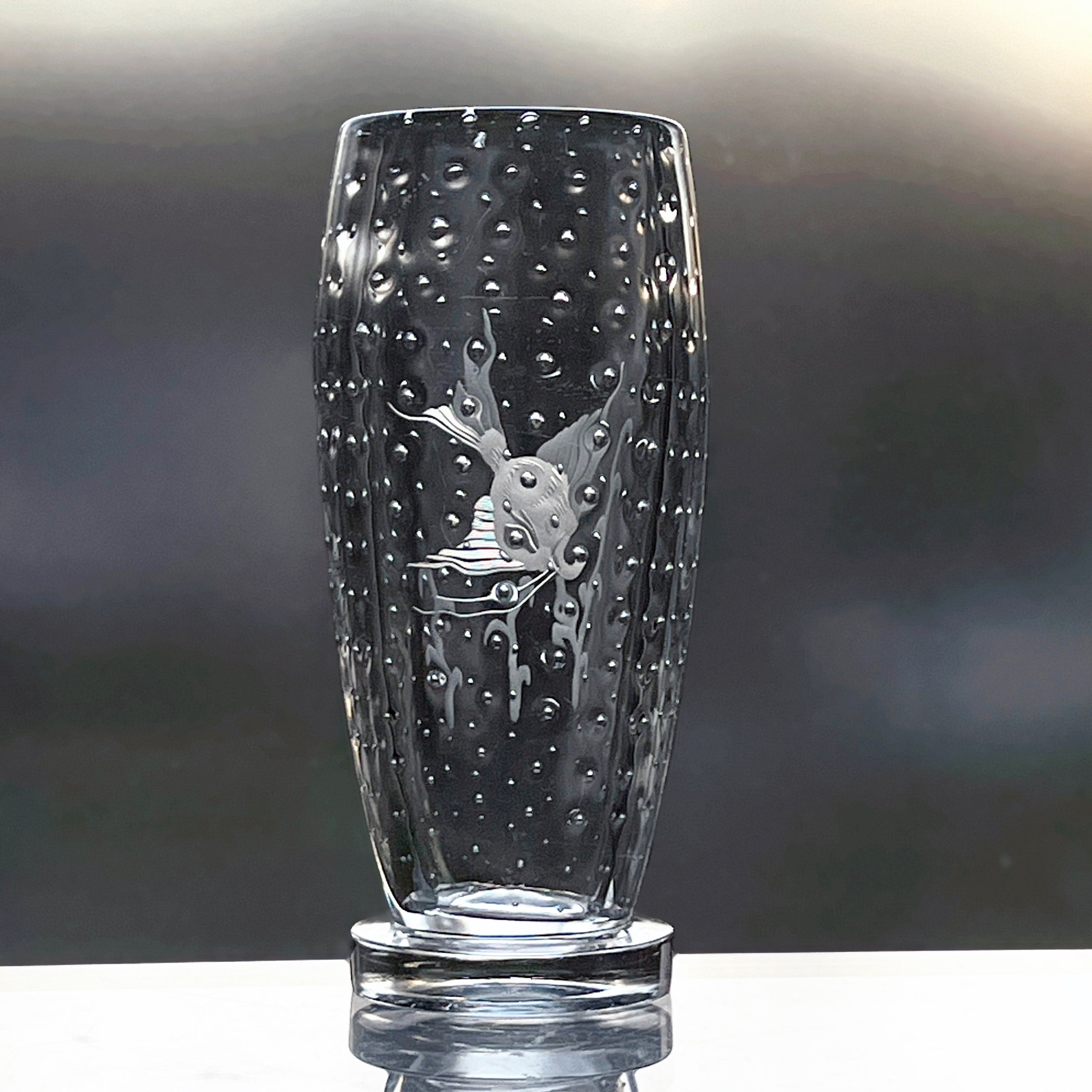 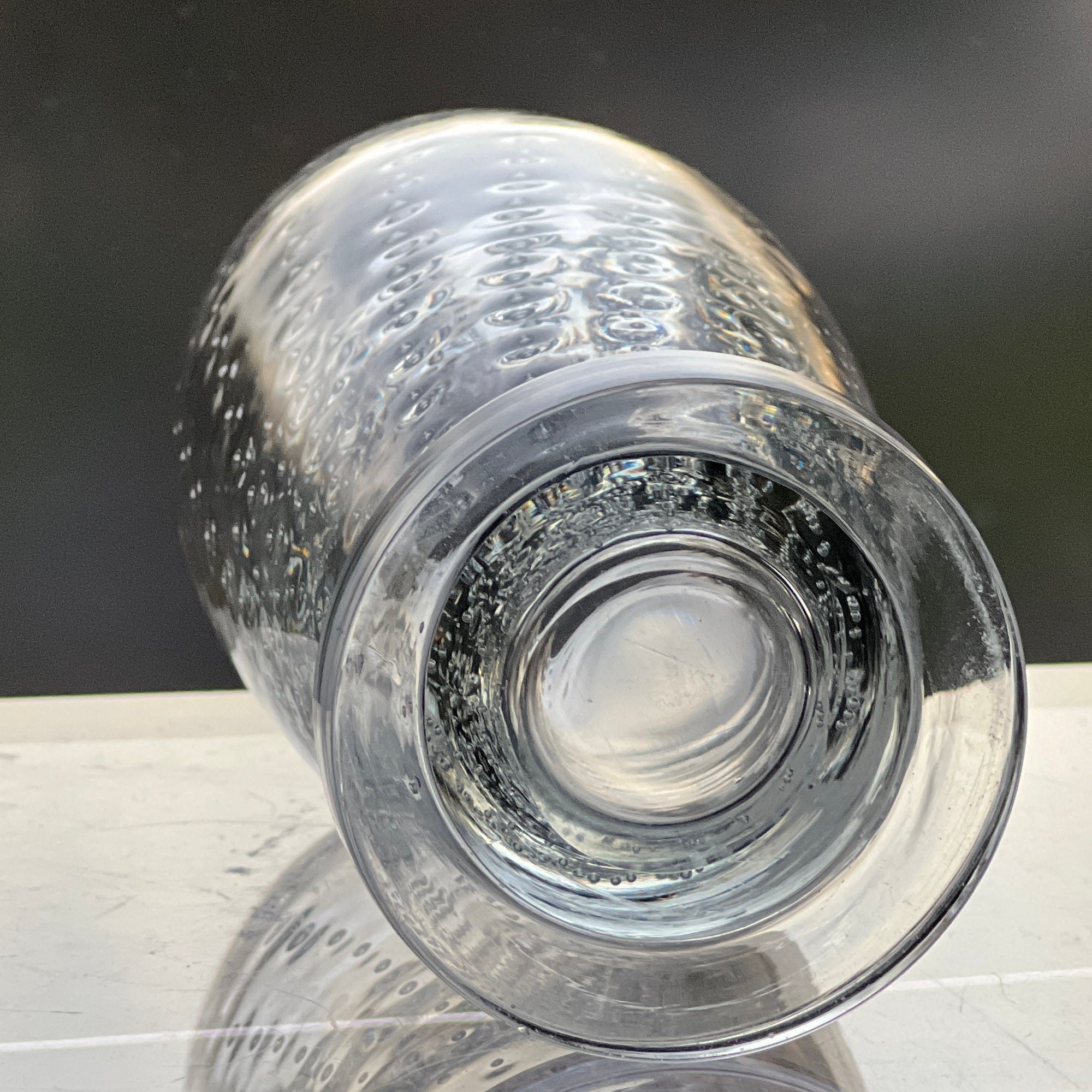 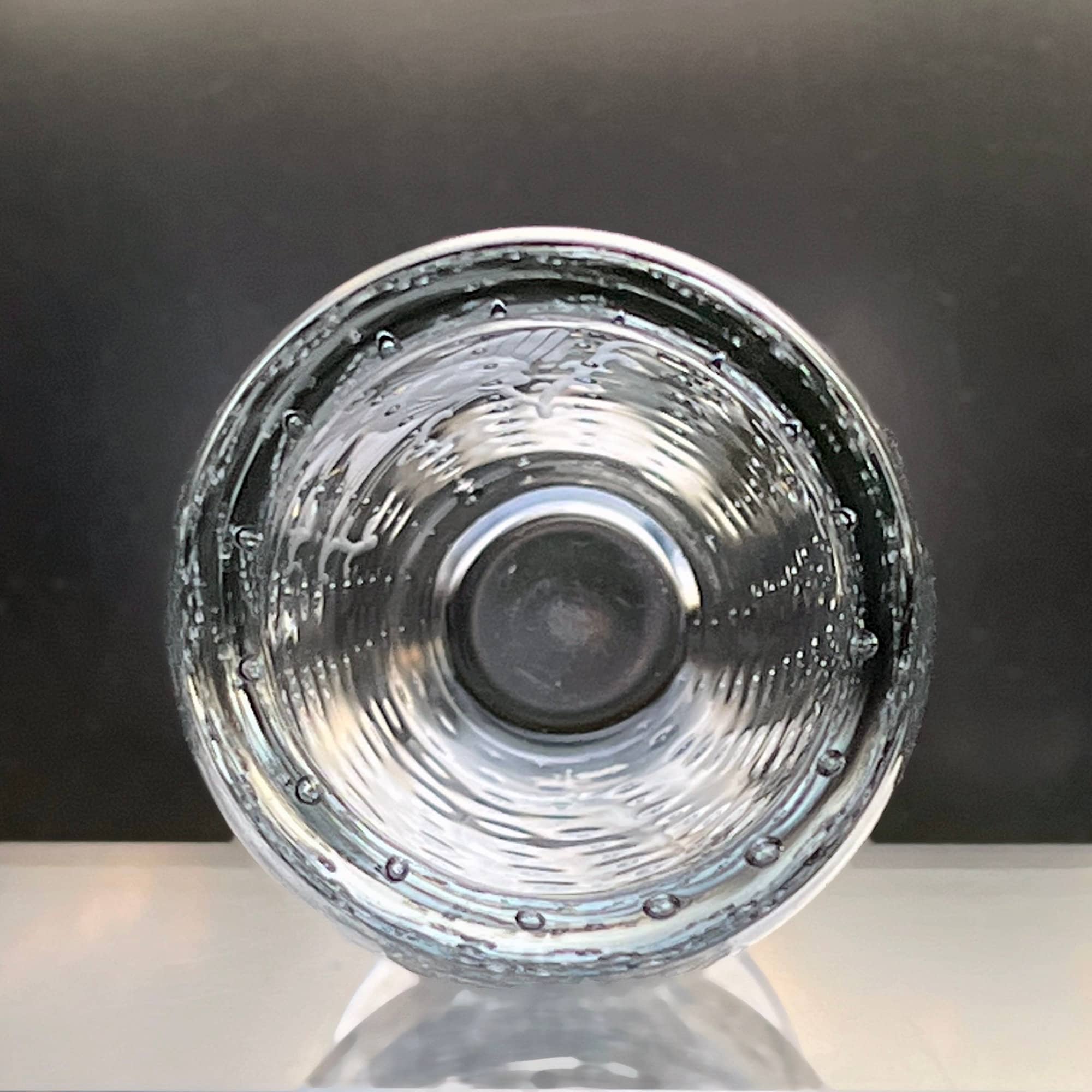 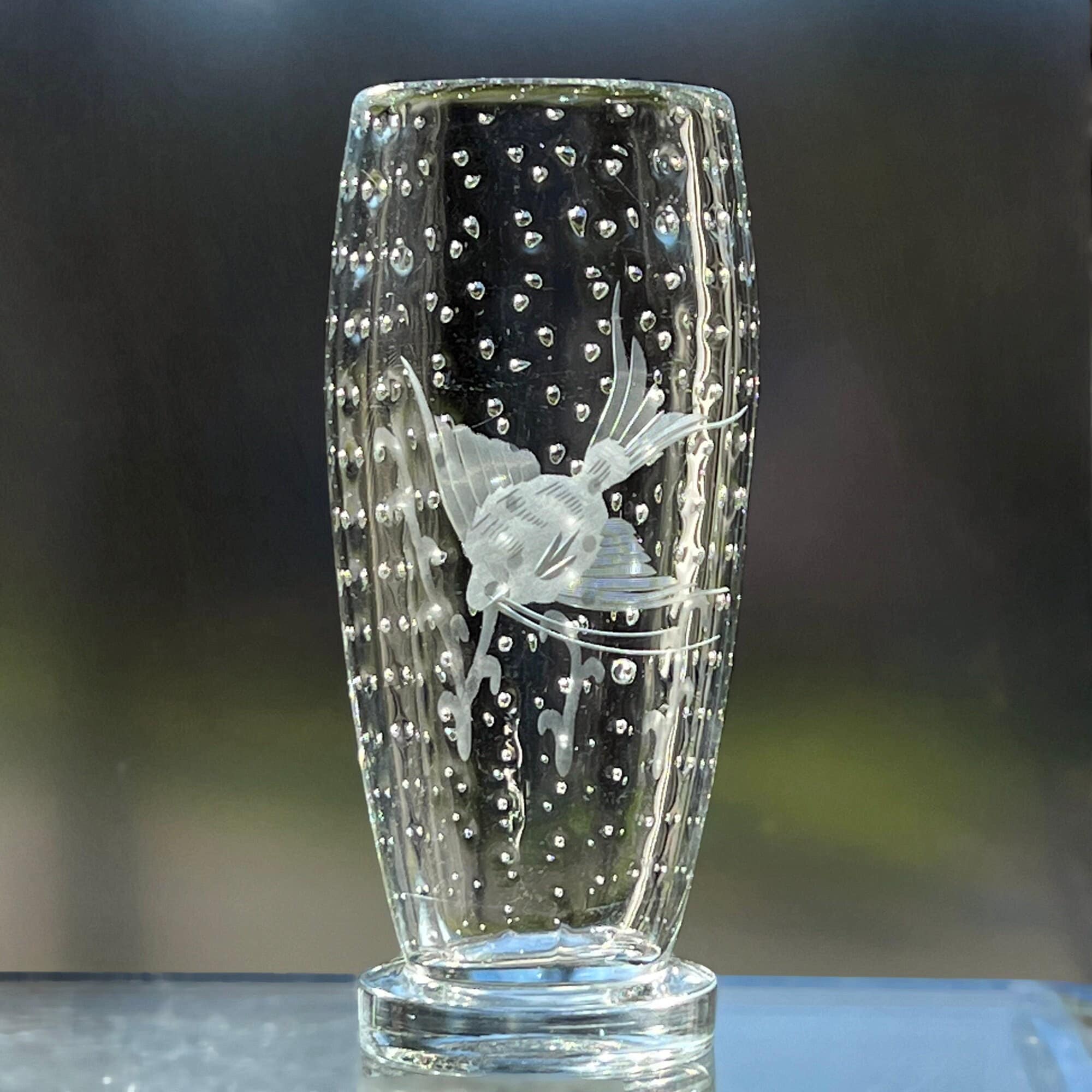 Bubble glass was popular in the period around 1930, partly because it was difficult during the depression to create a completely clean glass mass. The blisters, which were achieved by rolling the glass pan into sawdust, masked the shortcomings and simultaneously brought an artistic element. Even the artist Edvin Ollers used this technique on Kosta glassware at about the same time.