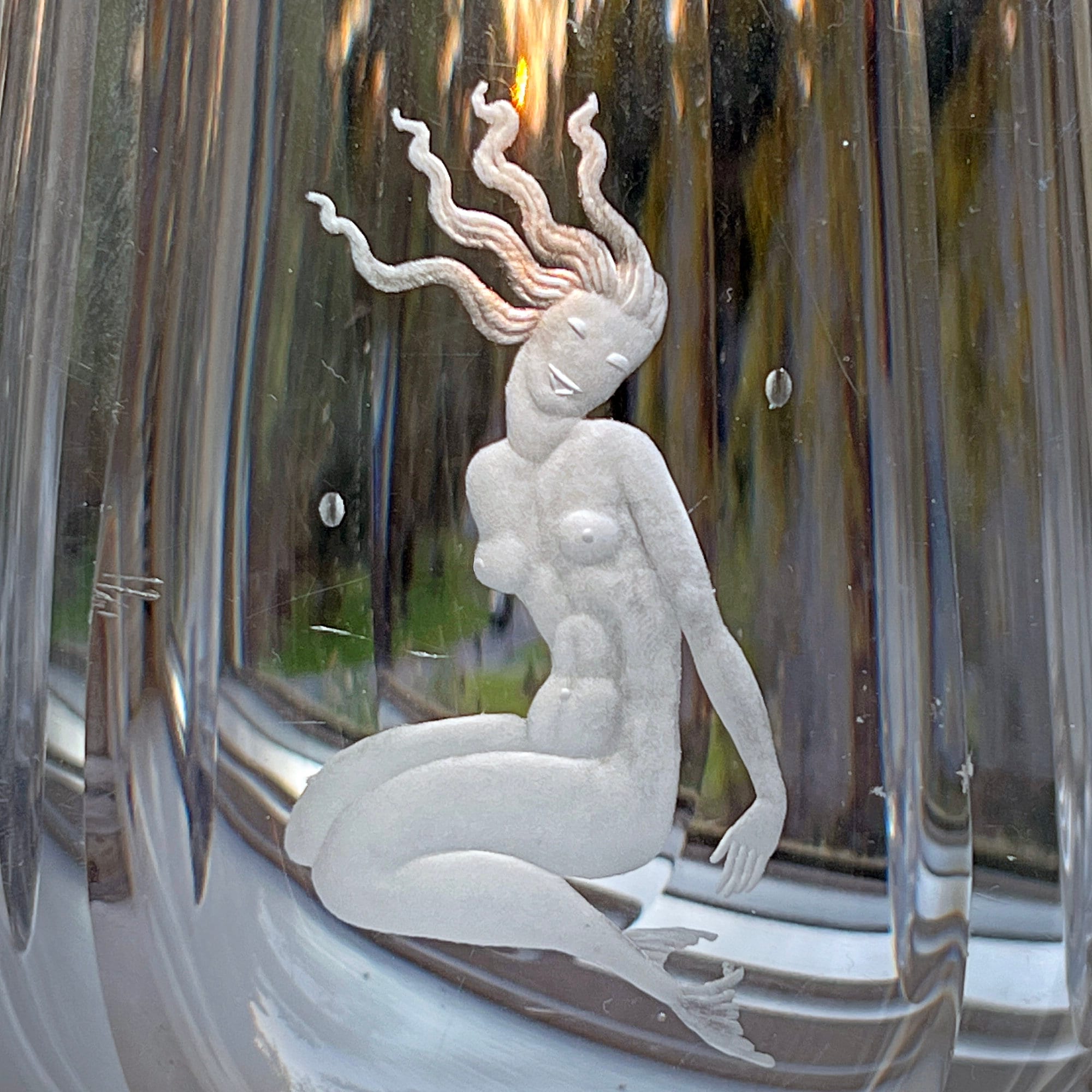 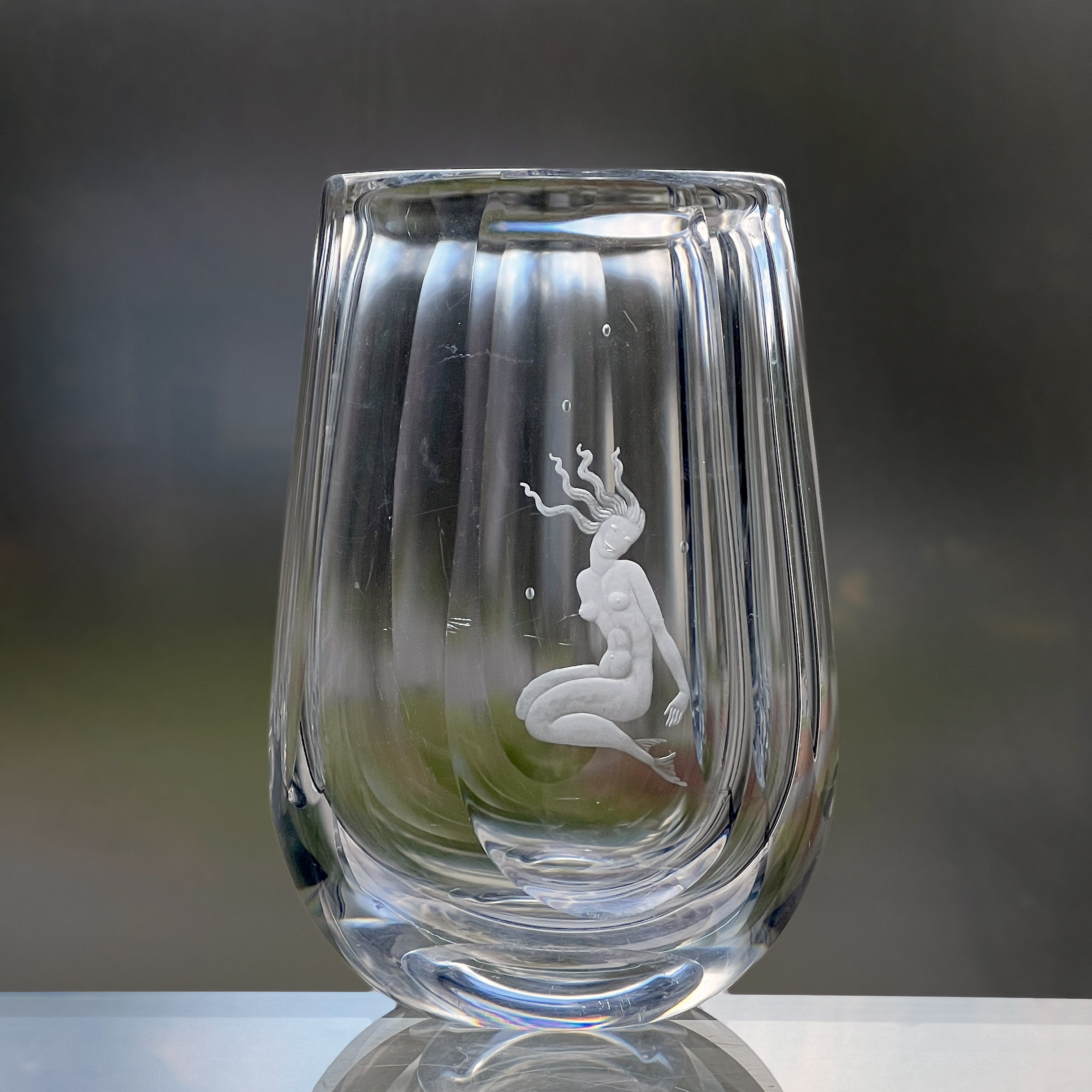 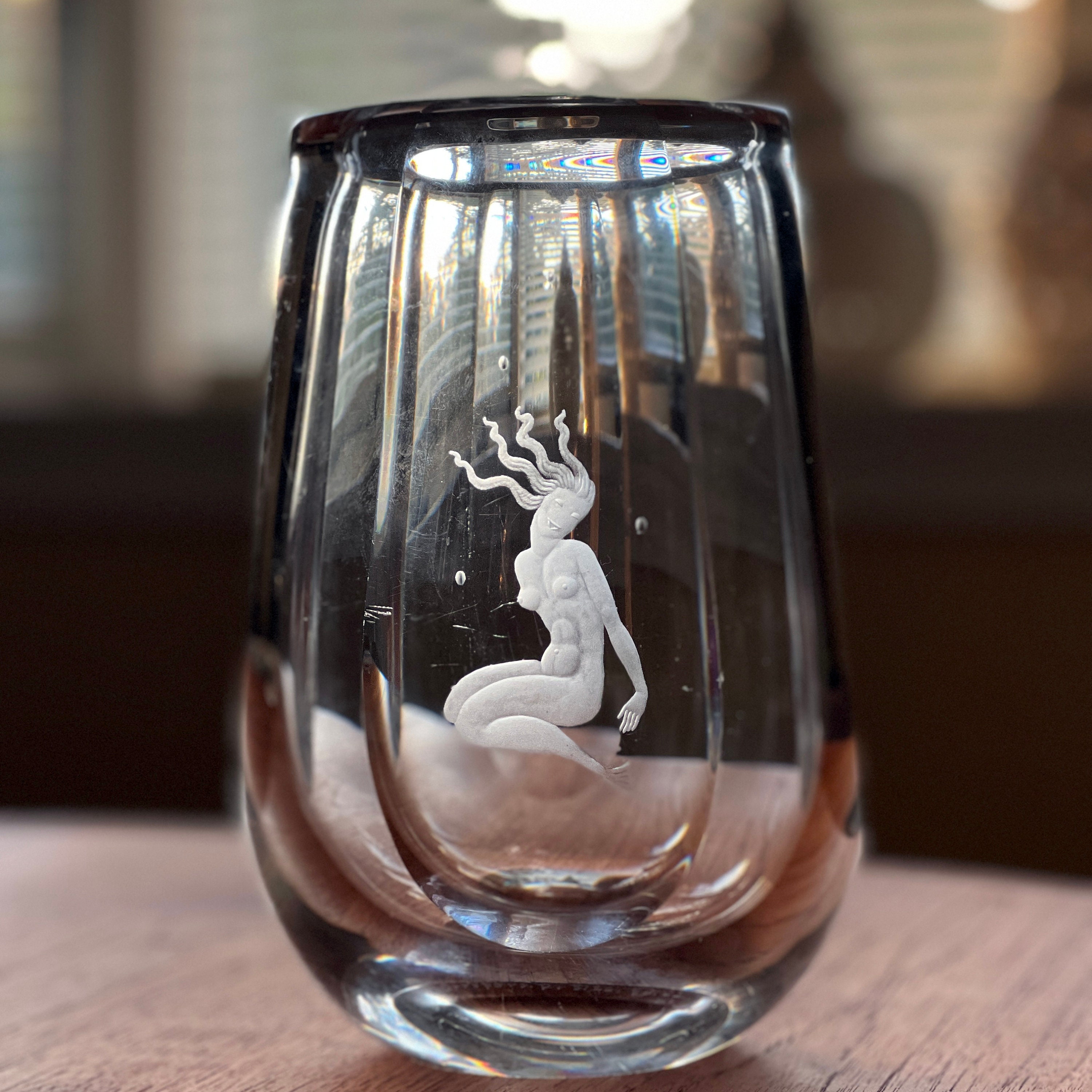 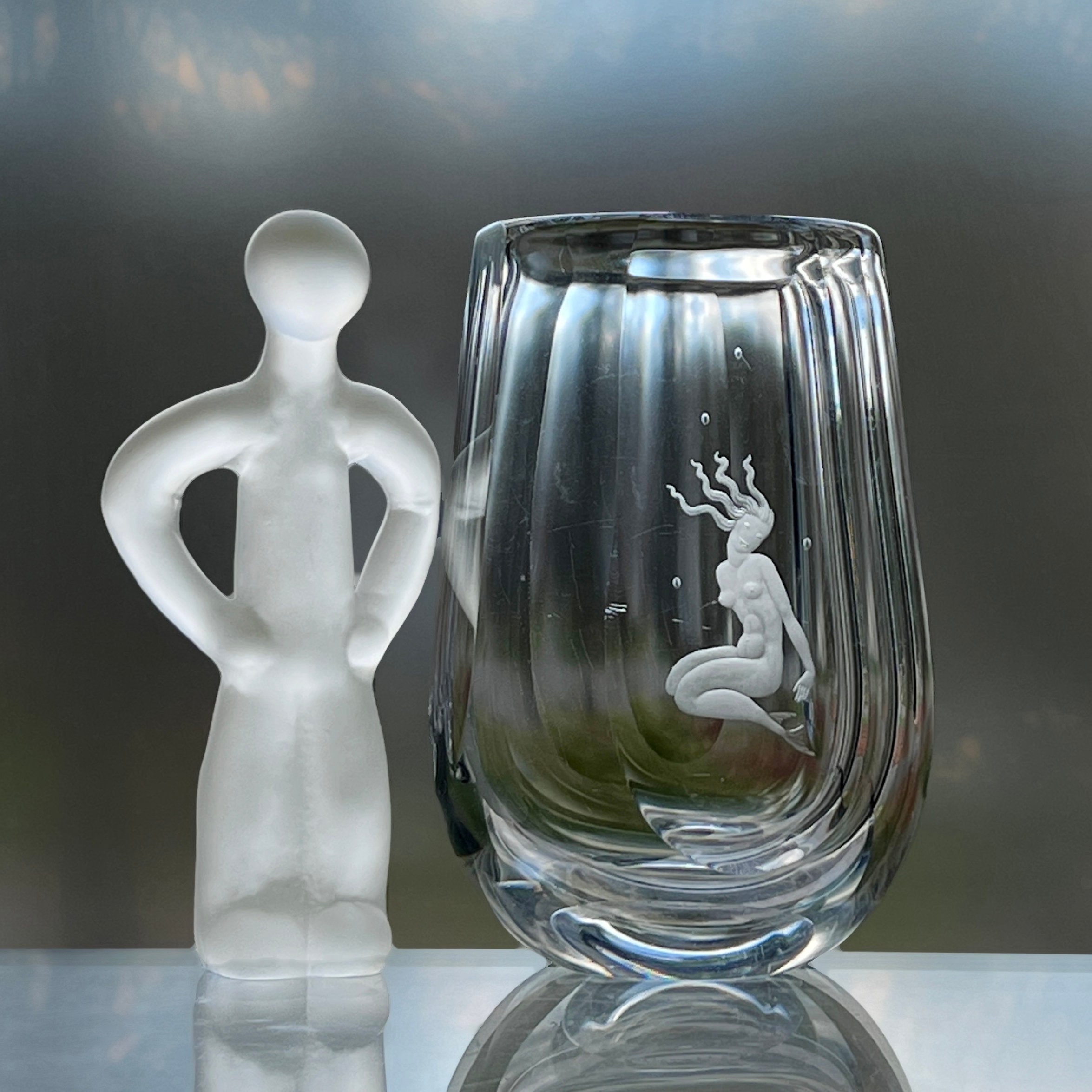 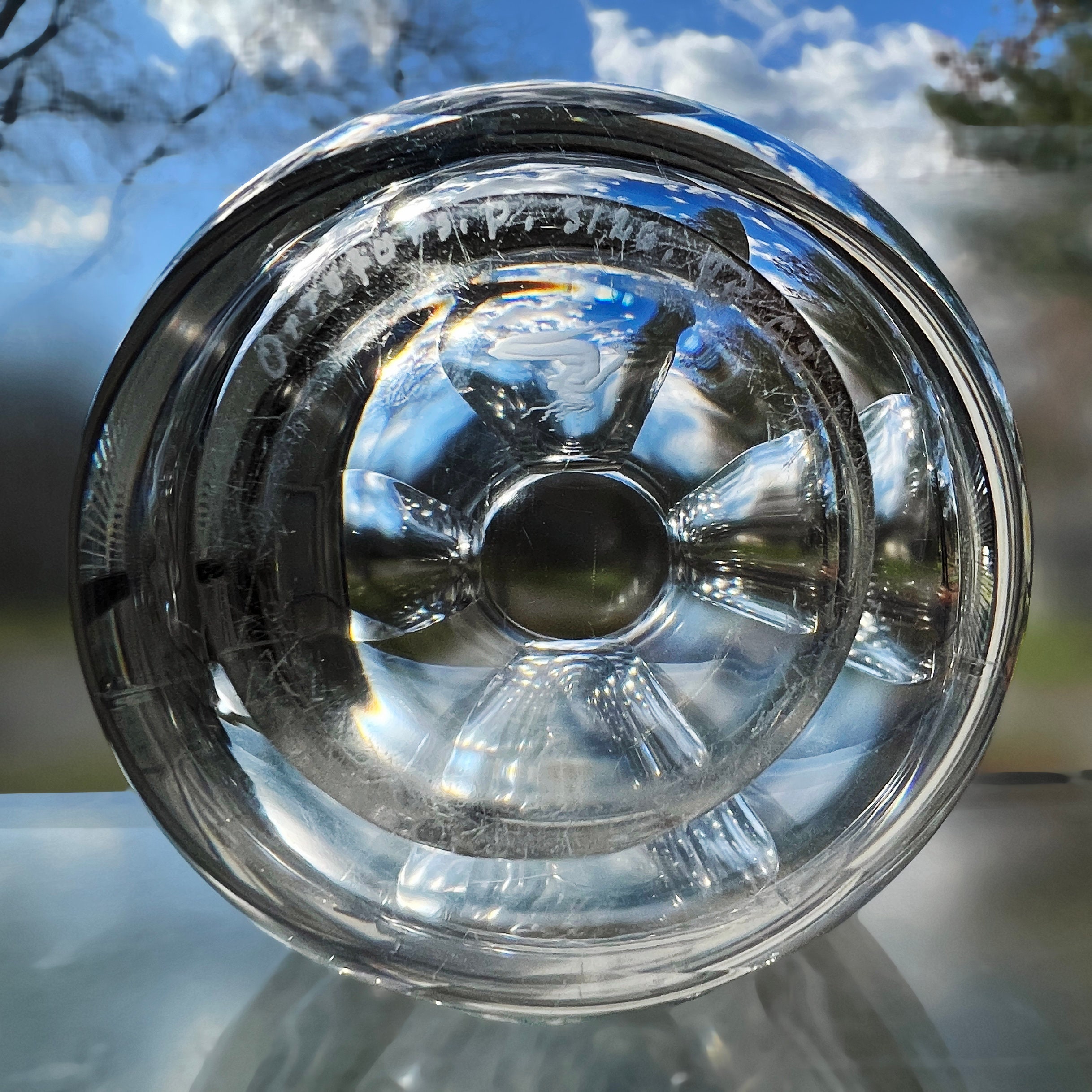 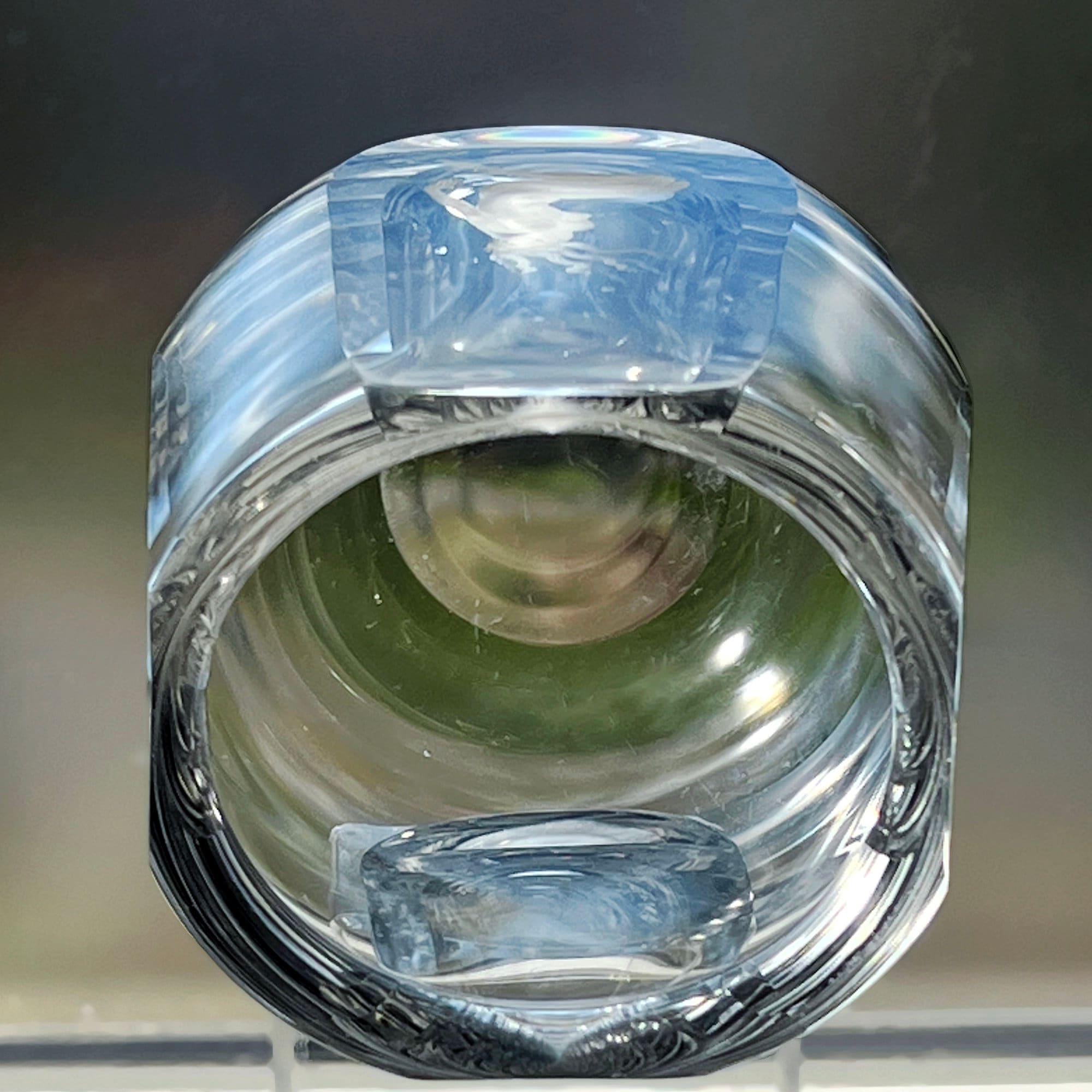 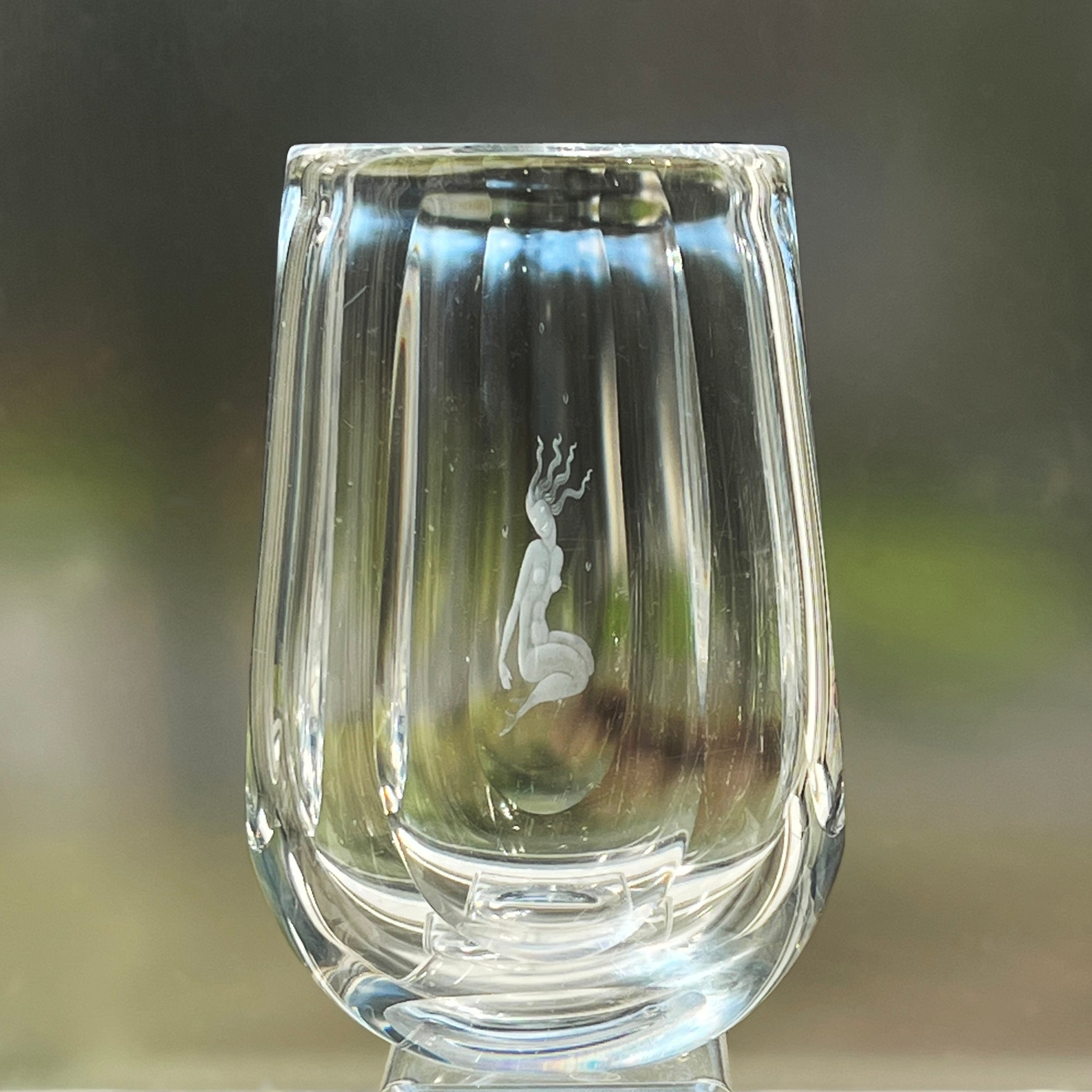 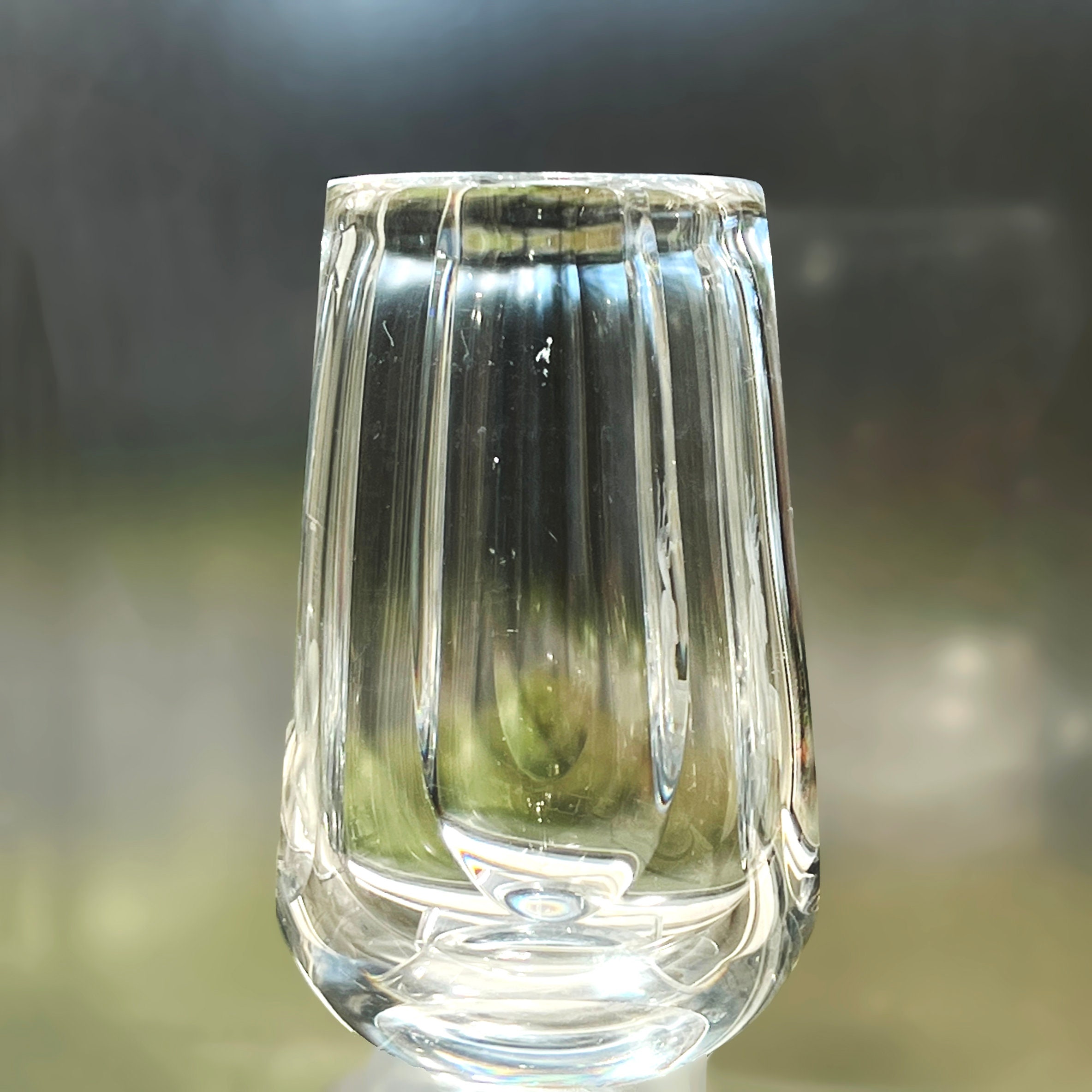 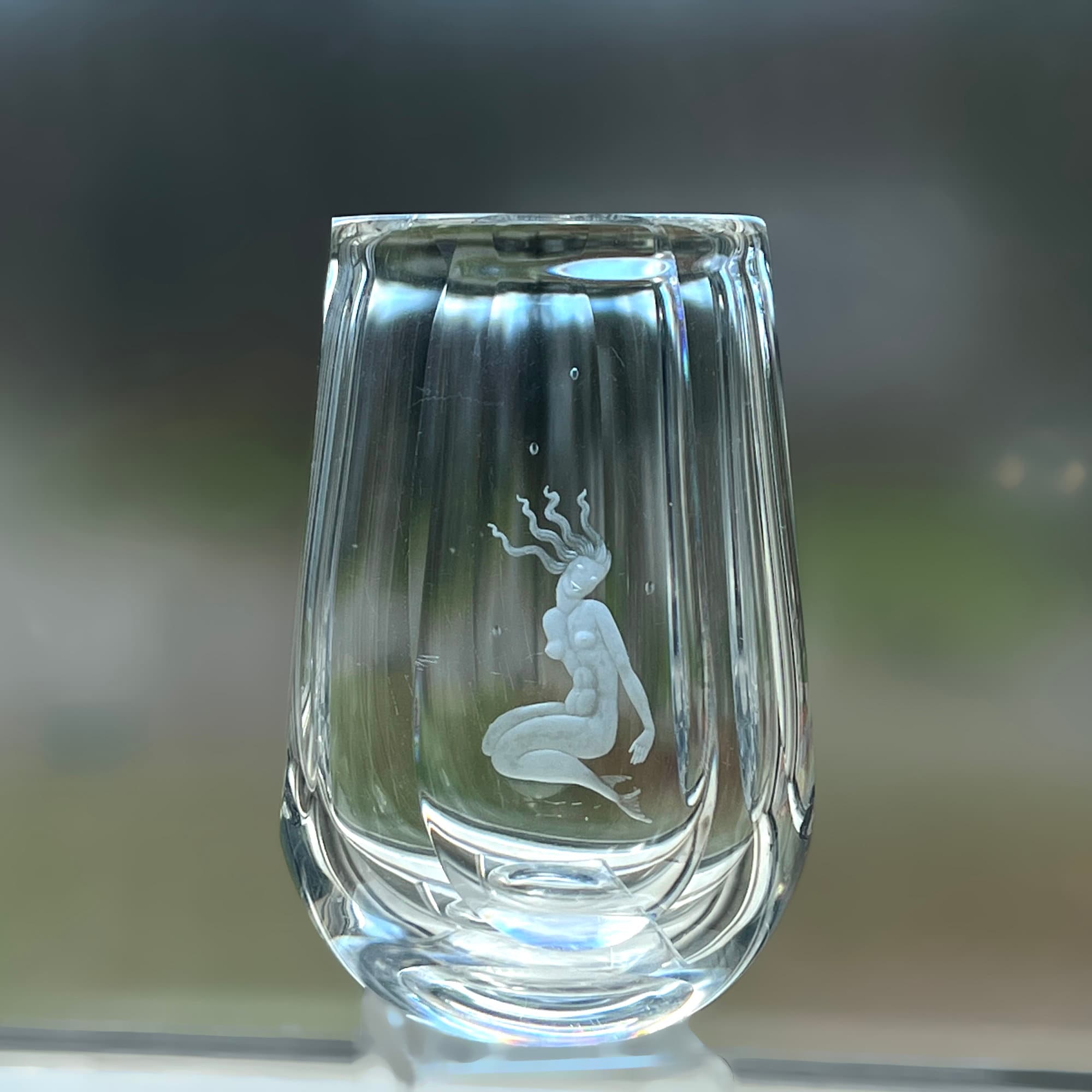 Designed by Sven Palmqvist in Sweden, this handblown, hand-planed, and copper-wheel engraved lead crystal vase is evidence that the Art Deco era influenced design throughout the mid 20th century. This stunning vase is a perfect display size, 8" tall, about 5" in diameter, and heavy, weighing 4.25 pounds. The style code 3126 tells me it was designed in 1949, and the date code C2 means that this example was produced in 1954. The condition is quite good for a piece its age, although it has several significant scratches, as you can see in the photos.

Orrefors employed master artists and craftsmen, some of whom worked their whole careers - 40, 50, or more years - with the company. Sven Palmqvist (1906-1984) was born in the glass district of southern Sweden and started at Orrefors in 1928, designing hundreds of engraved glass motifs before his retirement in 1972. According to his daughter, he had a particular fondness for portraying people and animals. The engraver, Ragnar Rosenstam, worked at Orrefors from 1921 to 1964. Wow.