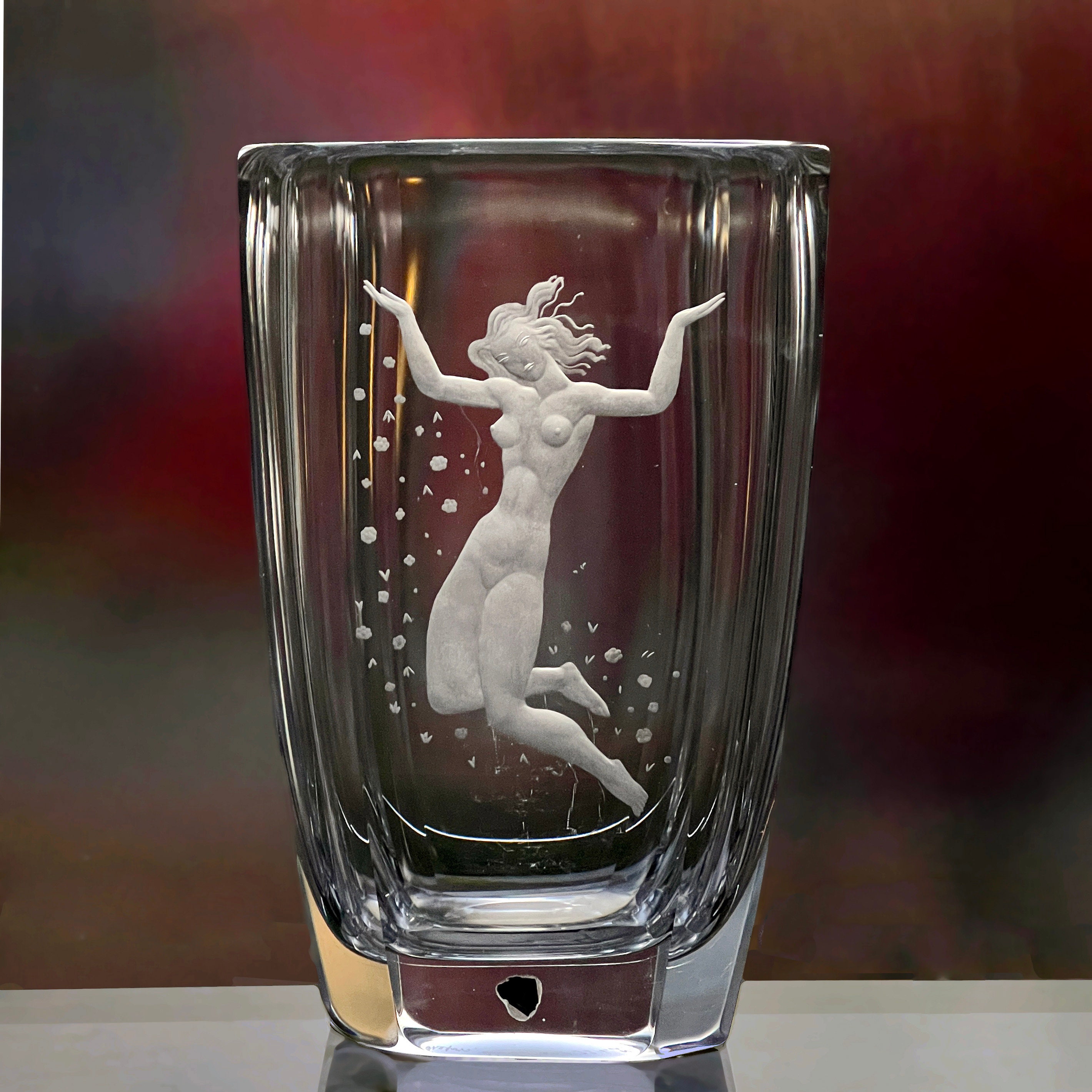 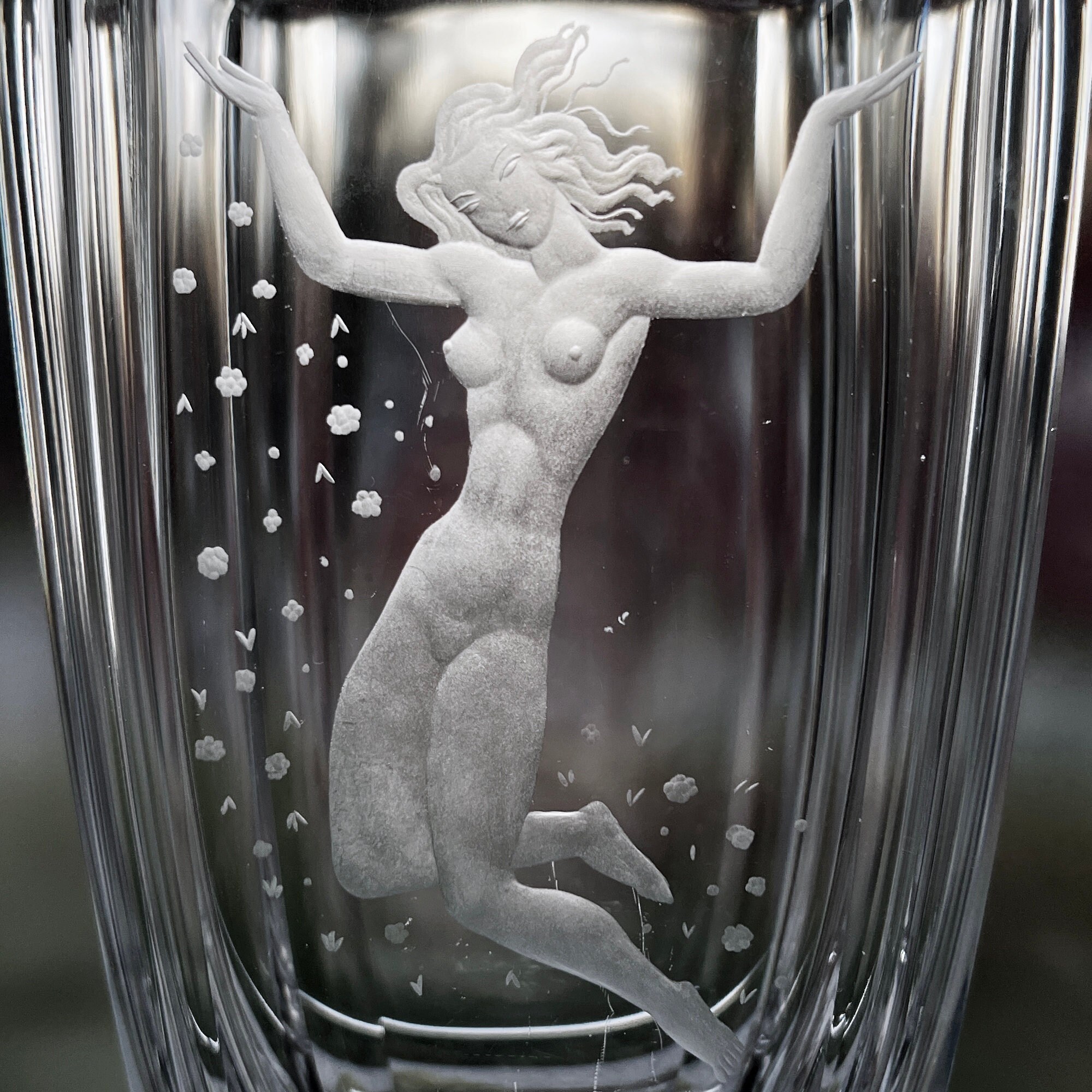 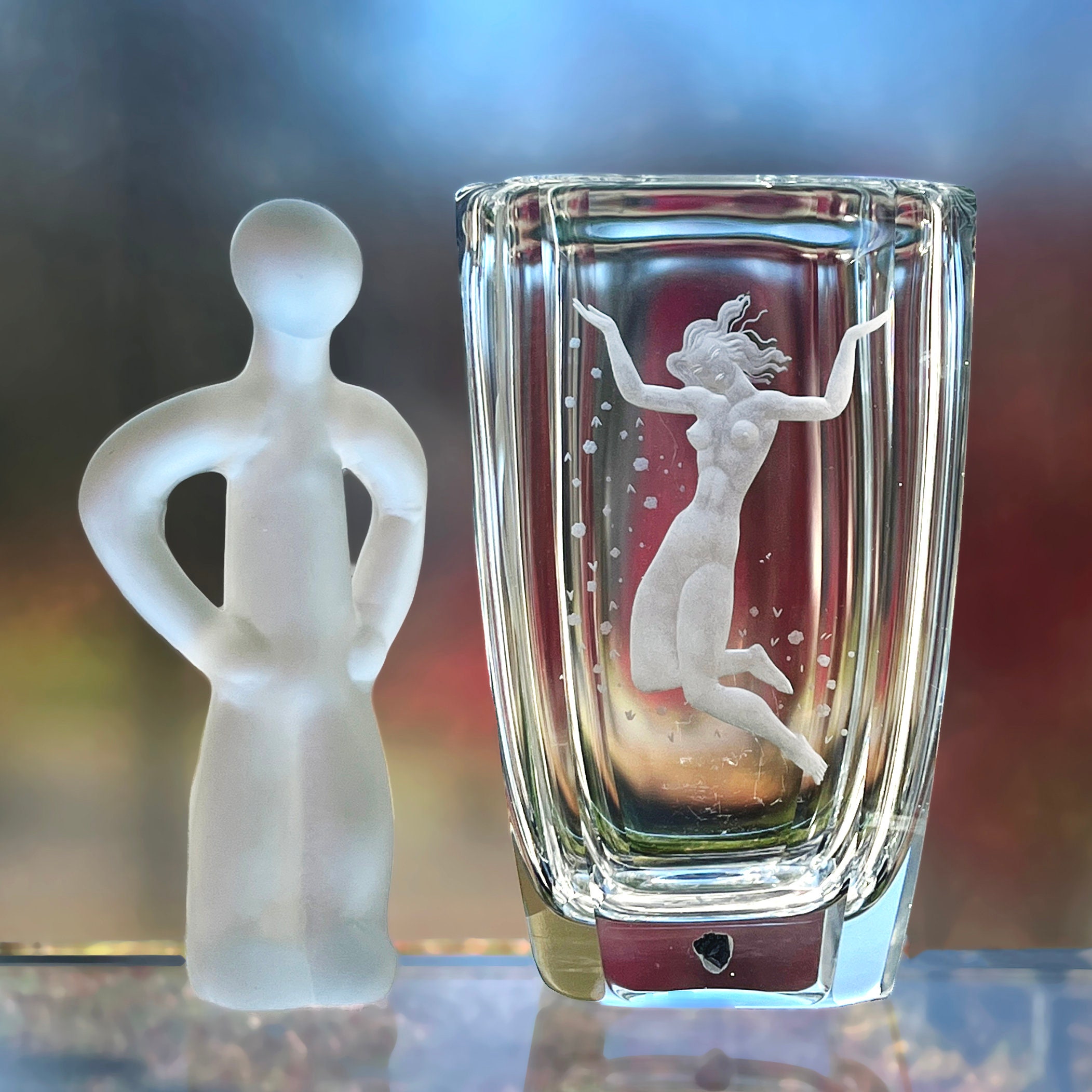 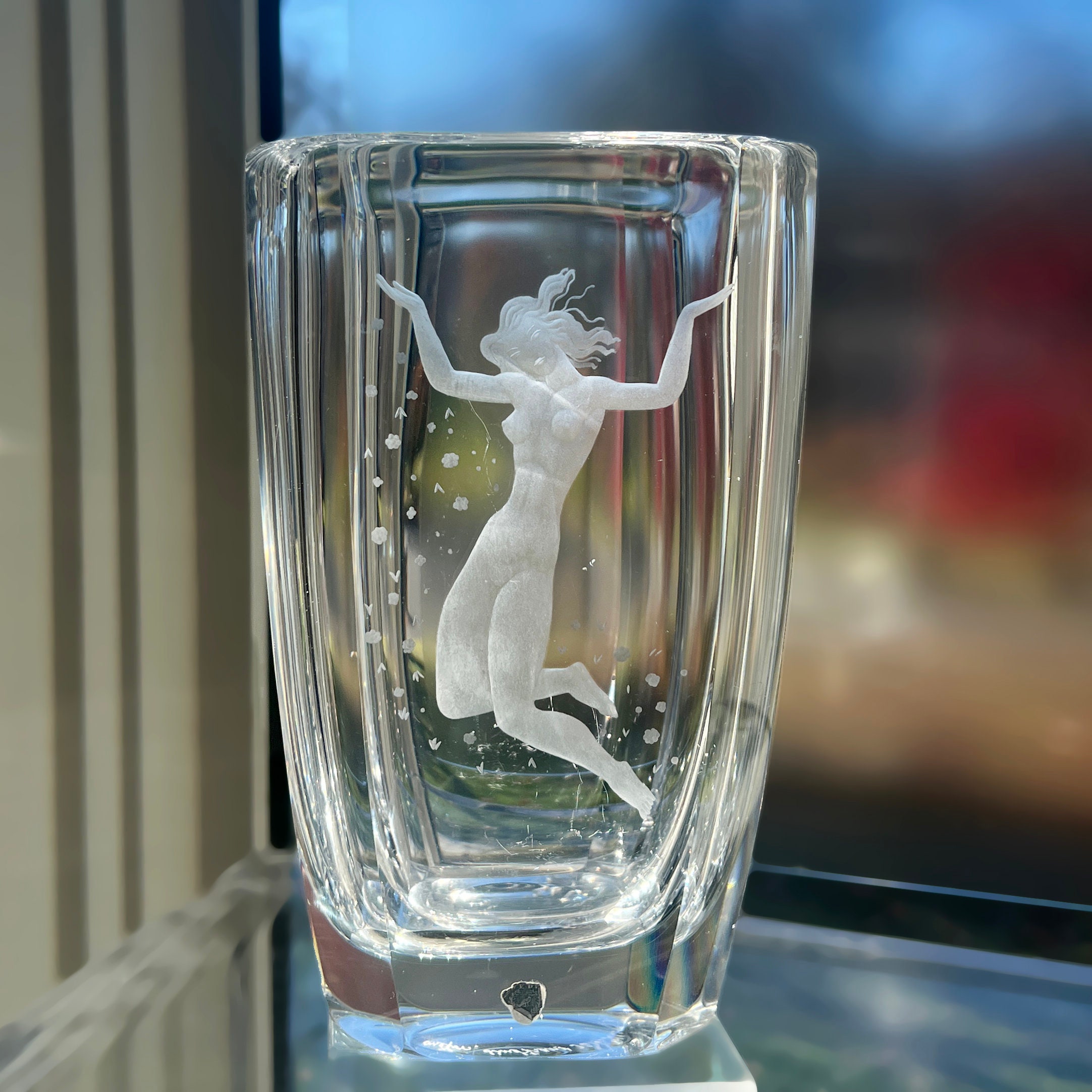 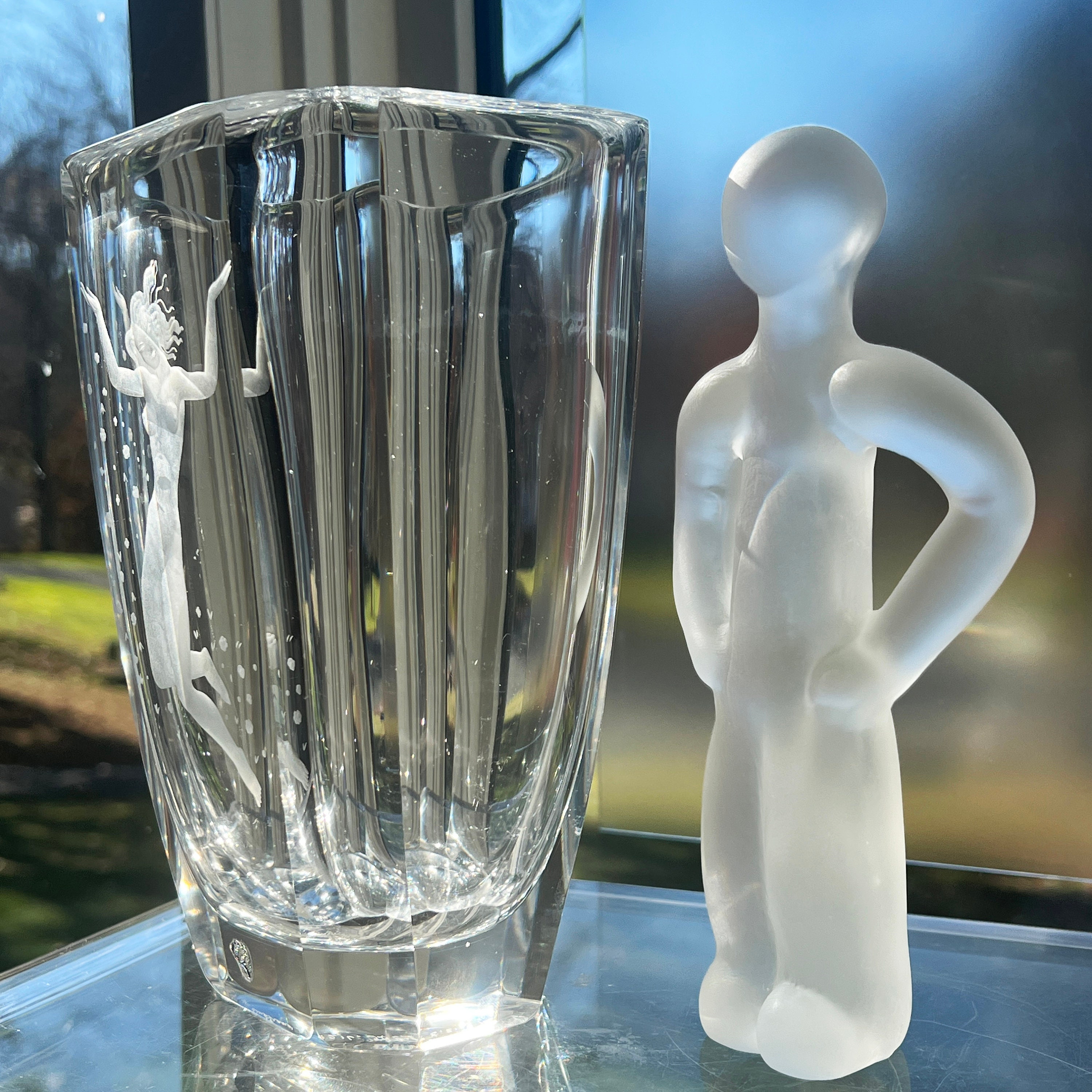 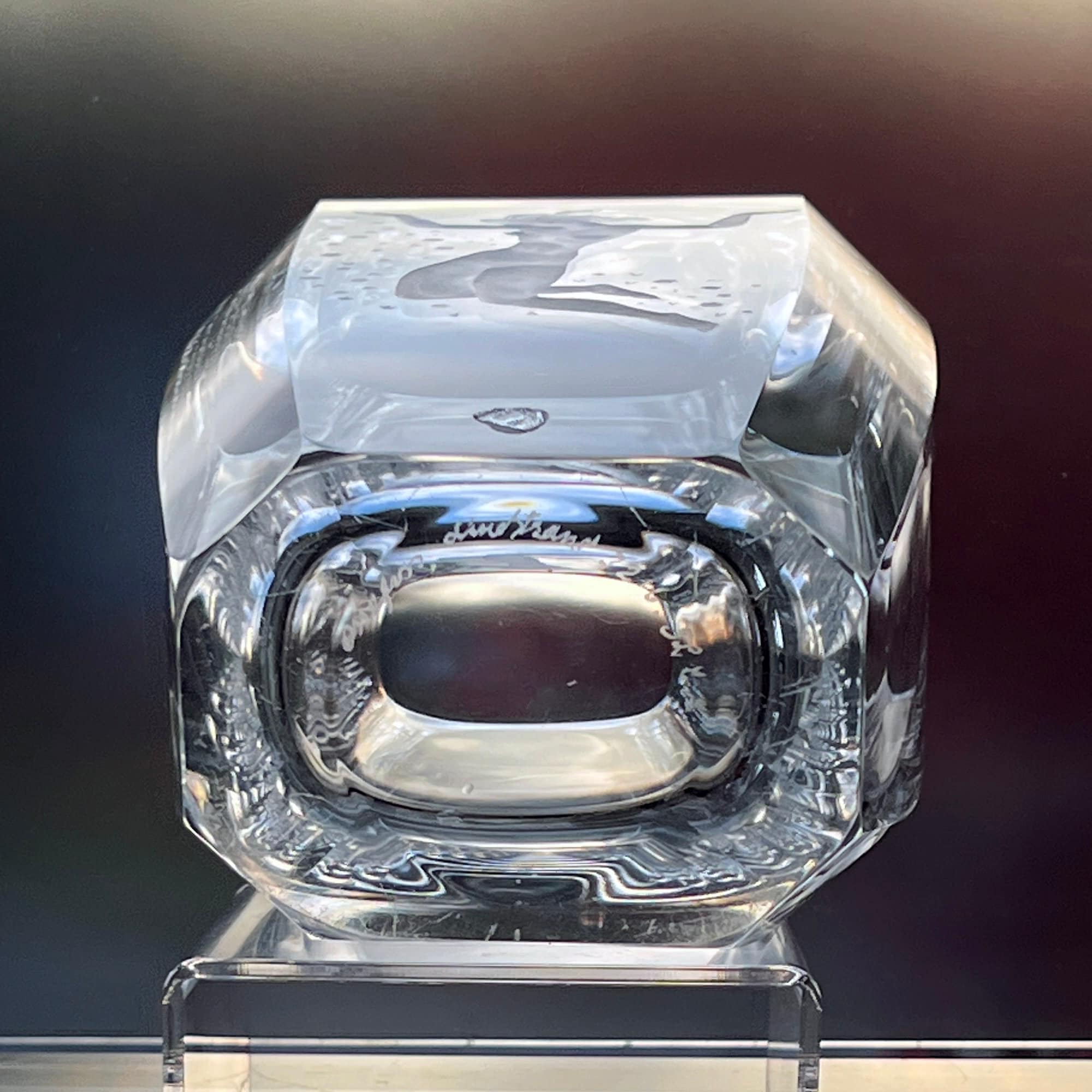 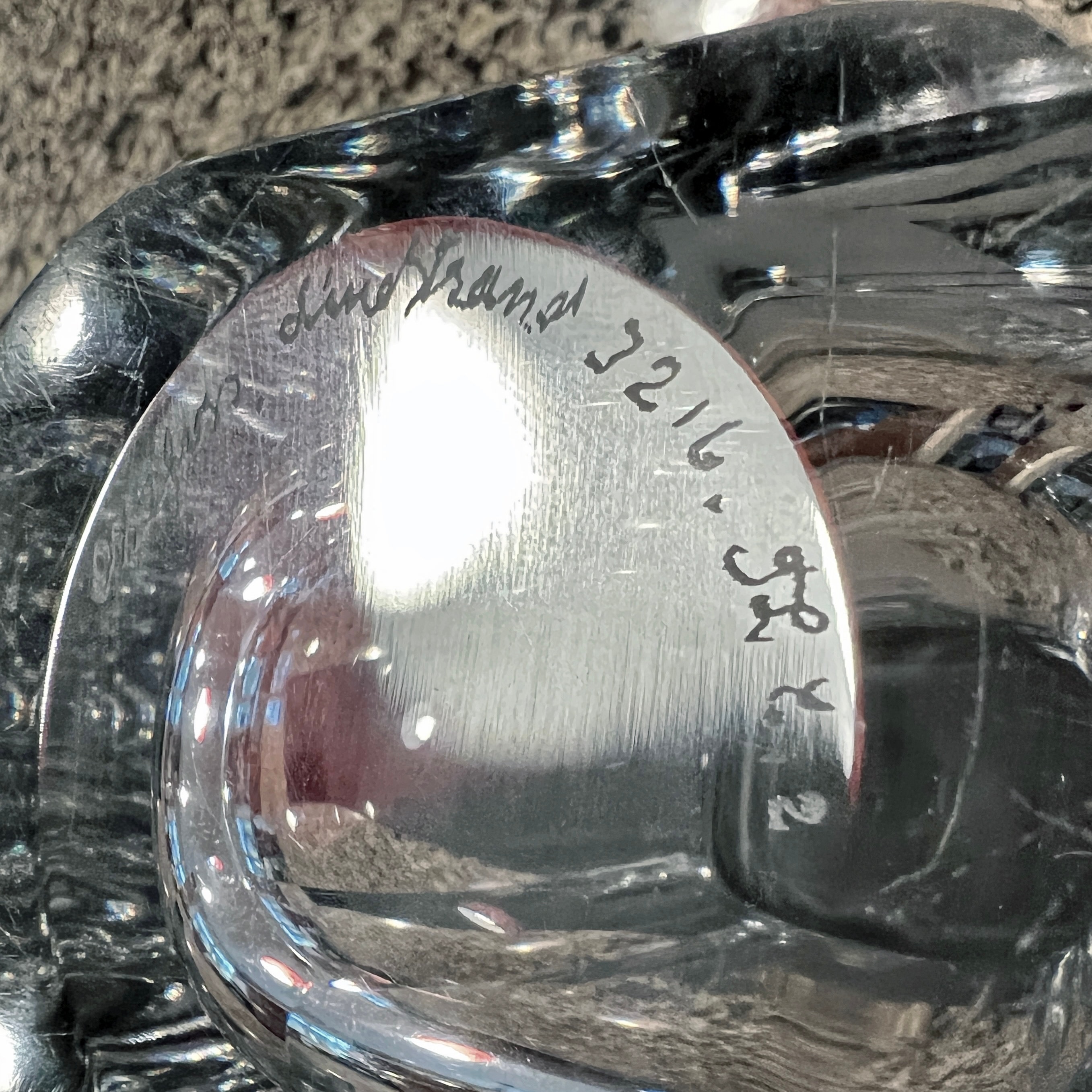 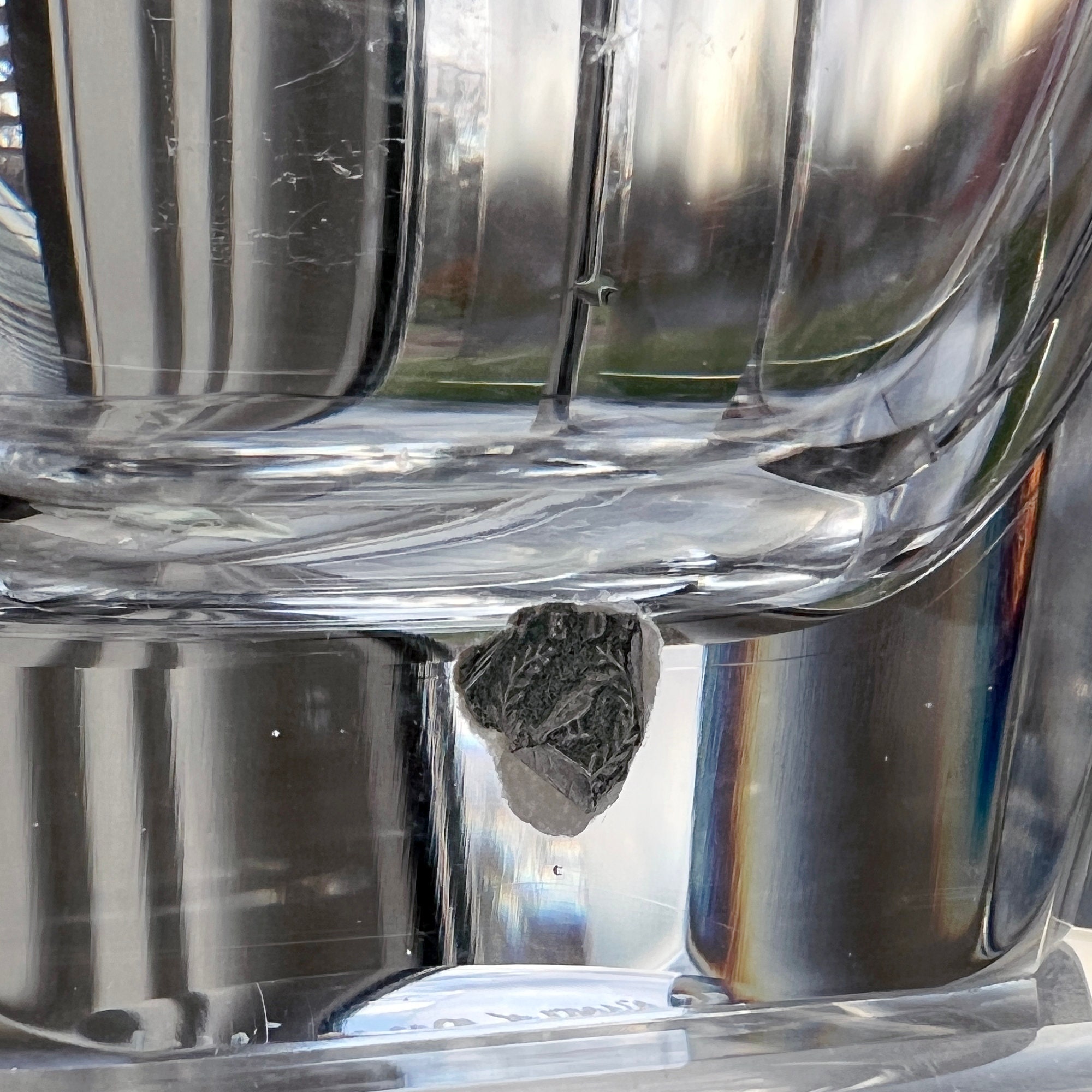 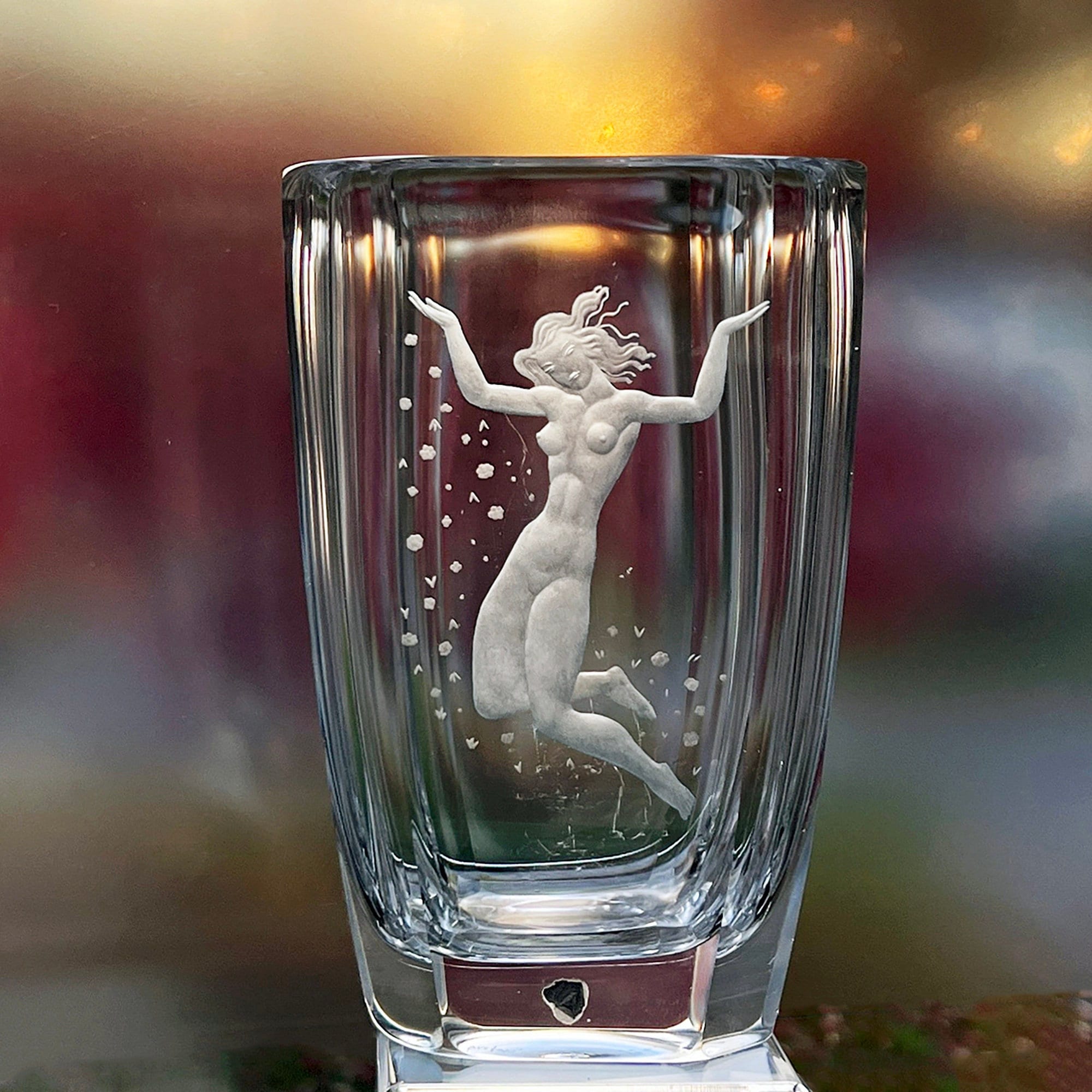 Here is an Art Deco nude woman motif designed by Vicke (Victor Emanuel) Lindstrand in 1937. Copper-wheel engraved on a handblown, round, lead crystal vase, it appears as item 1865 in Catalog 12. This motif, along with many others, was revived in the 1950s, when Lindstrand went to work at rival, Kosta. The markings on the base tell me that this combination of motif and paneled vase was designed in late 1950 as item 3216. This specific piece was made in 1954, engraved by Thure Löfgren. The overall condition is quite good, but it does have some scratches inside (silk flowers, maybe?) and on the base. It also has a faint water line, as you can see in the photos. This can be polished out using jeweler's grit - a slow but rewarding process.

This vase was on the cutting edge of a new design movement in Sweden in the early 20th century. In place of the traditional filagree and flourishes that filled engraved glass from earlier artists, Lindstrand employed powerful central figures, filling the vase with human and animal subjects. Lindstrand, like Simon Gate and Edward Hald who proceeded him, captured the strength and beauty of the human form with only the depth and texture of the carving as a palette. I find that, and the engravers with decades of experience who brought it to life, truly remarkable.

Vicke Lindstrand (1904-1983) was born in Goteborg, Sweden, and started his career with Orrefors in 1928, where he remained until 1940. He pioneered daring art glass designs at Orrefors, and together with designer Edvin Öhrström and master engraver Knut Bergqvist, he invented the Ariel technique. The tales of his departure vary, but it is known that he was under an agreement not to work in glass for a decade. Between 1943 and 1950 he became creative leader at Uppsala Ekeby, where he designed many different stoneware objects ranging from pots to figural sculptures. In 1950 he joined Kosta Glasbruk as an artistic director. He was the dominant designer until his retirement in 1973, lending his name to many now-classic designs. As a glass designer, textile and ceramic designer, and painter, he is considered a pioneer of Swedish art. (He is also my favorite Swedish artist, and the one whose work I collect most.)