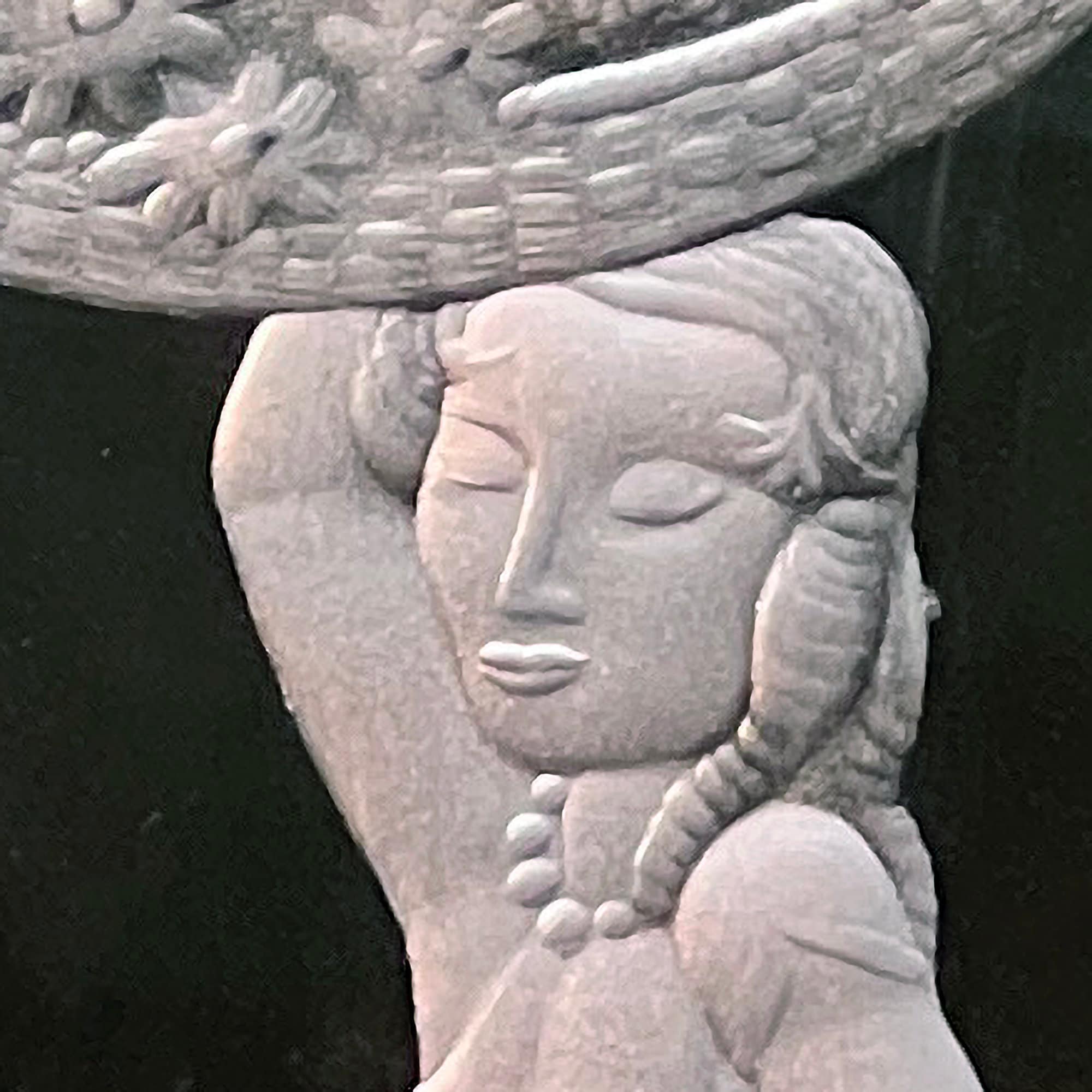 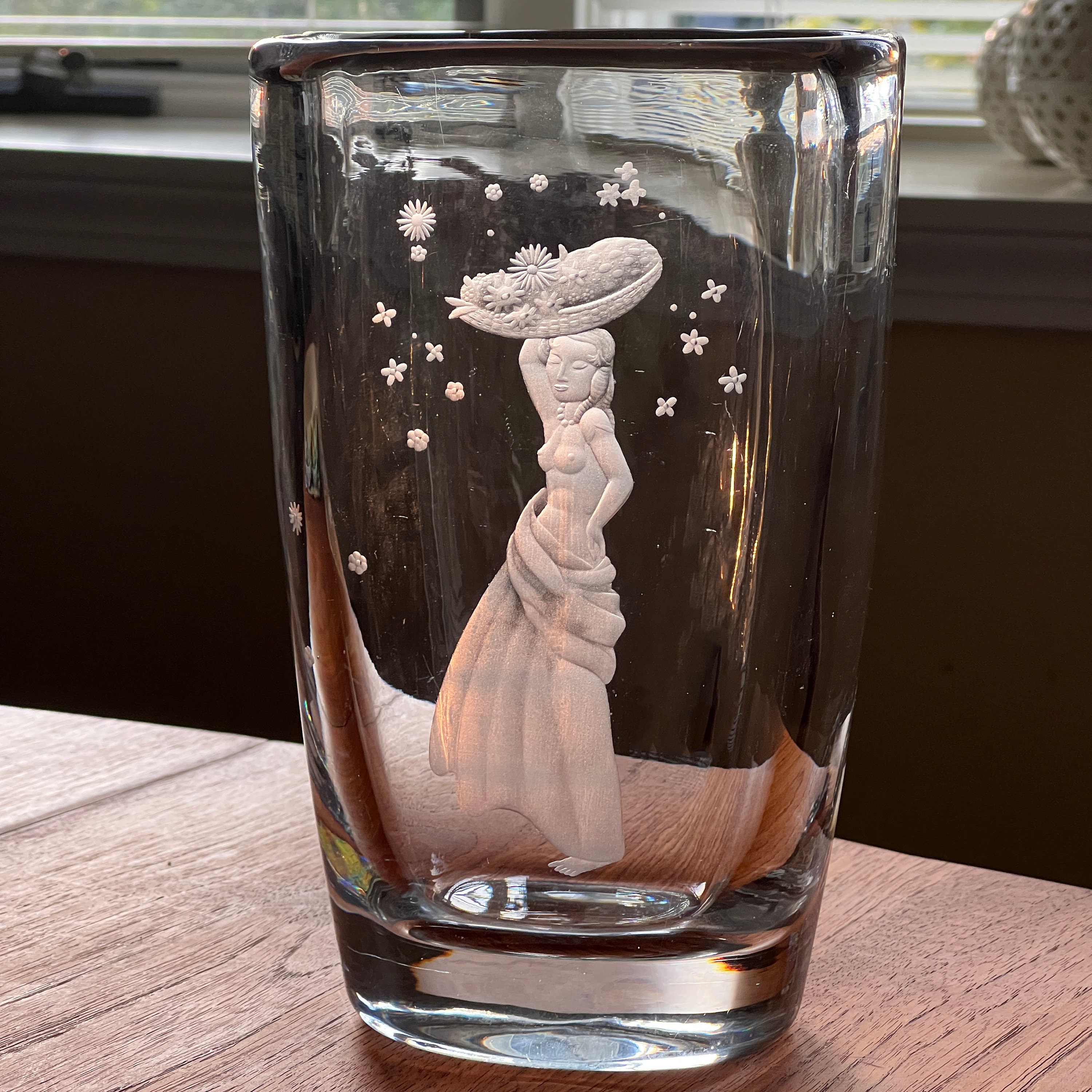 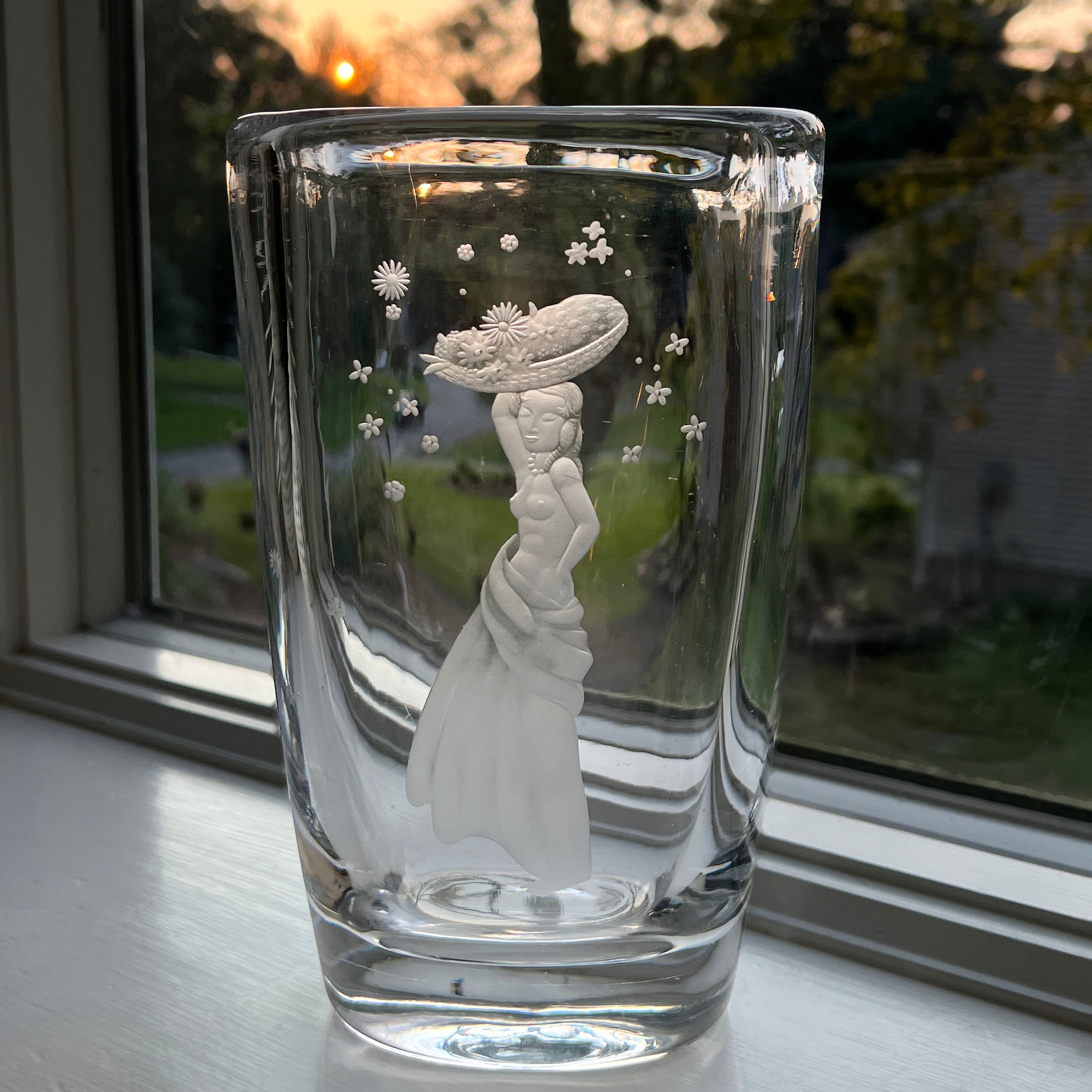 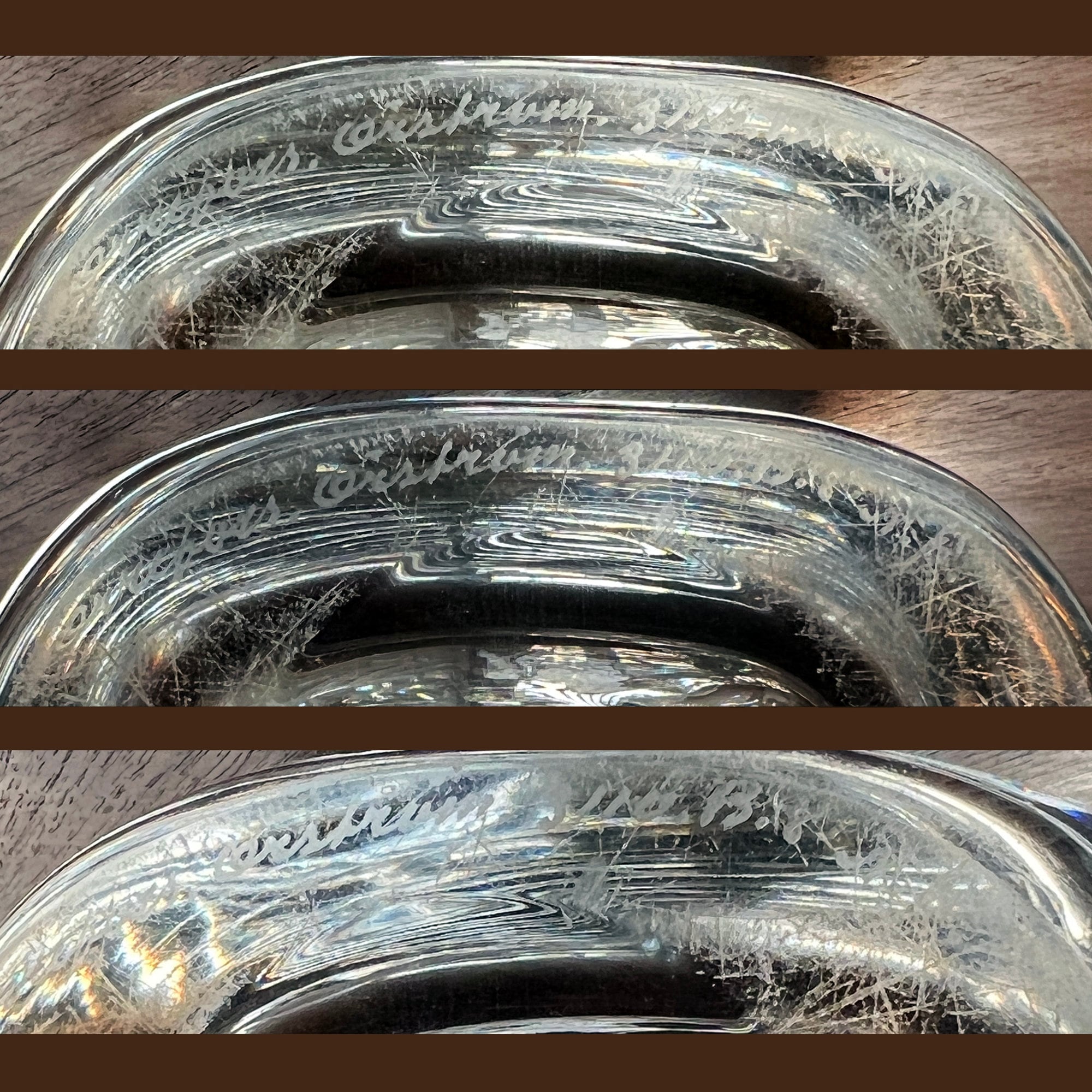 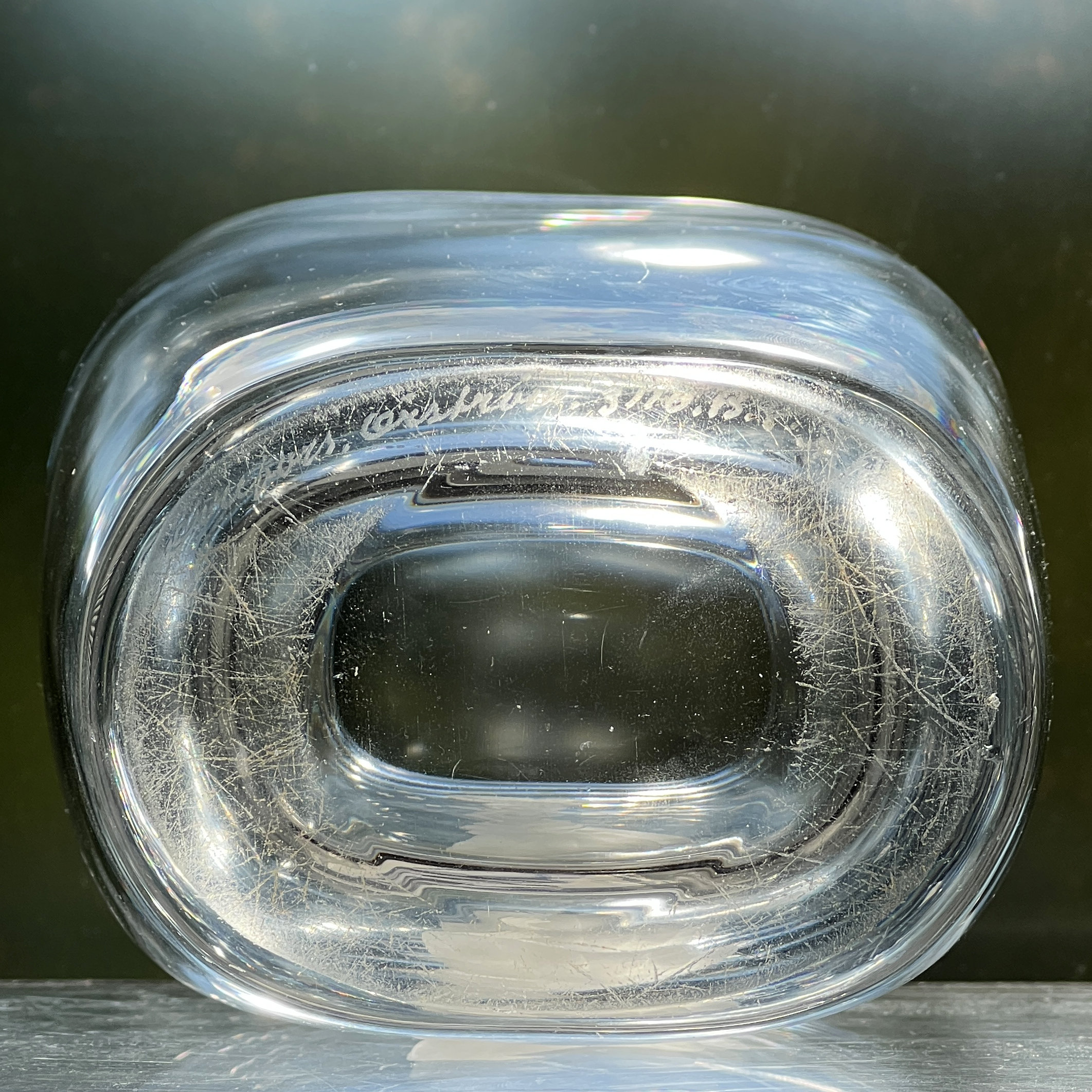 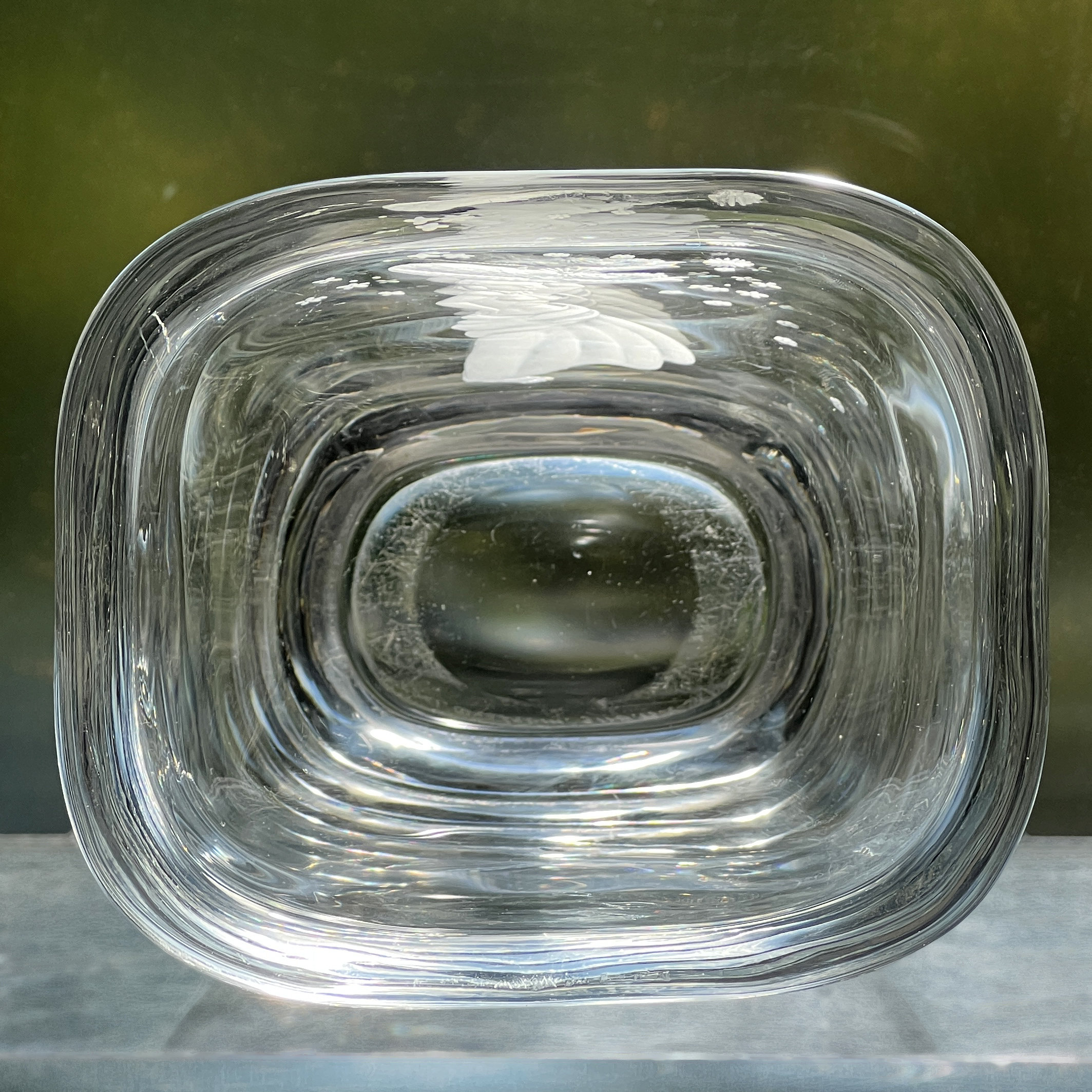 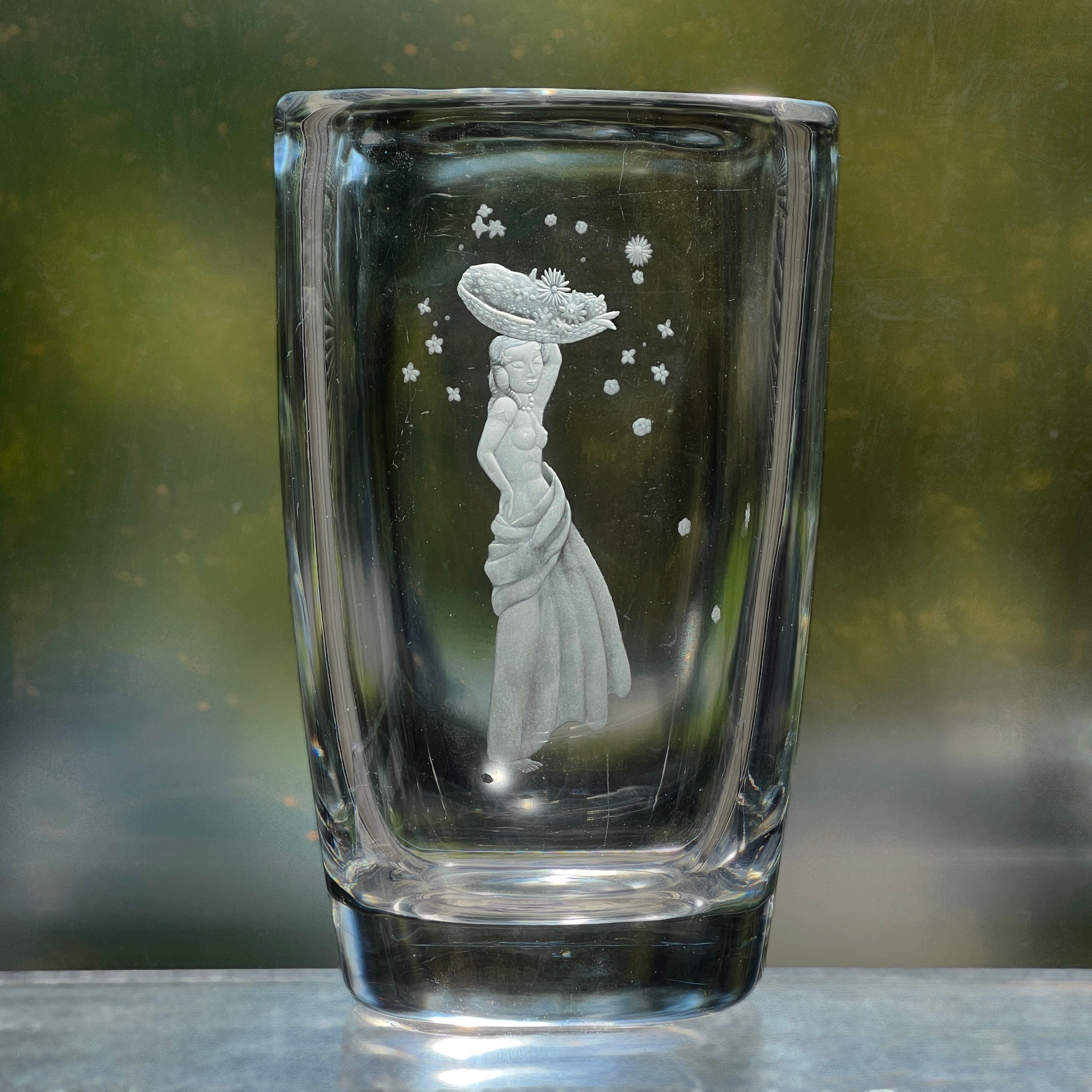 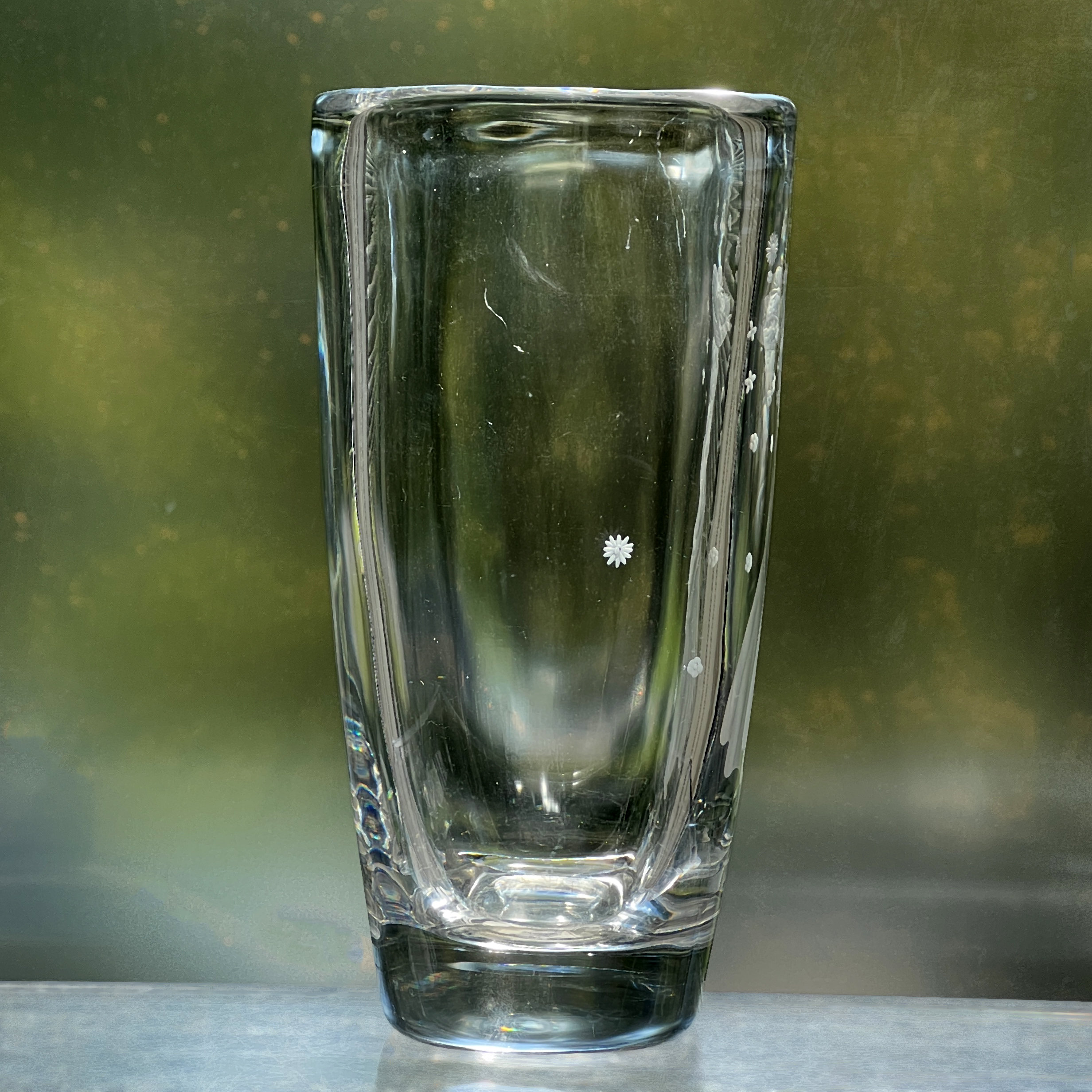 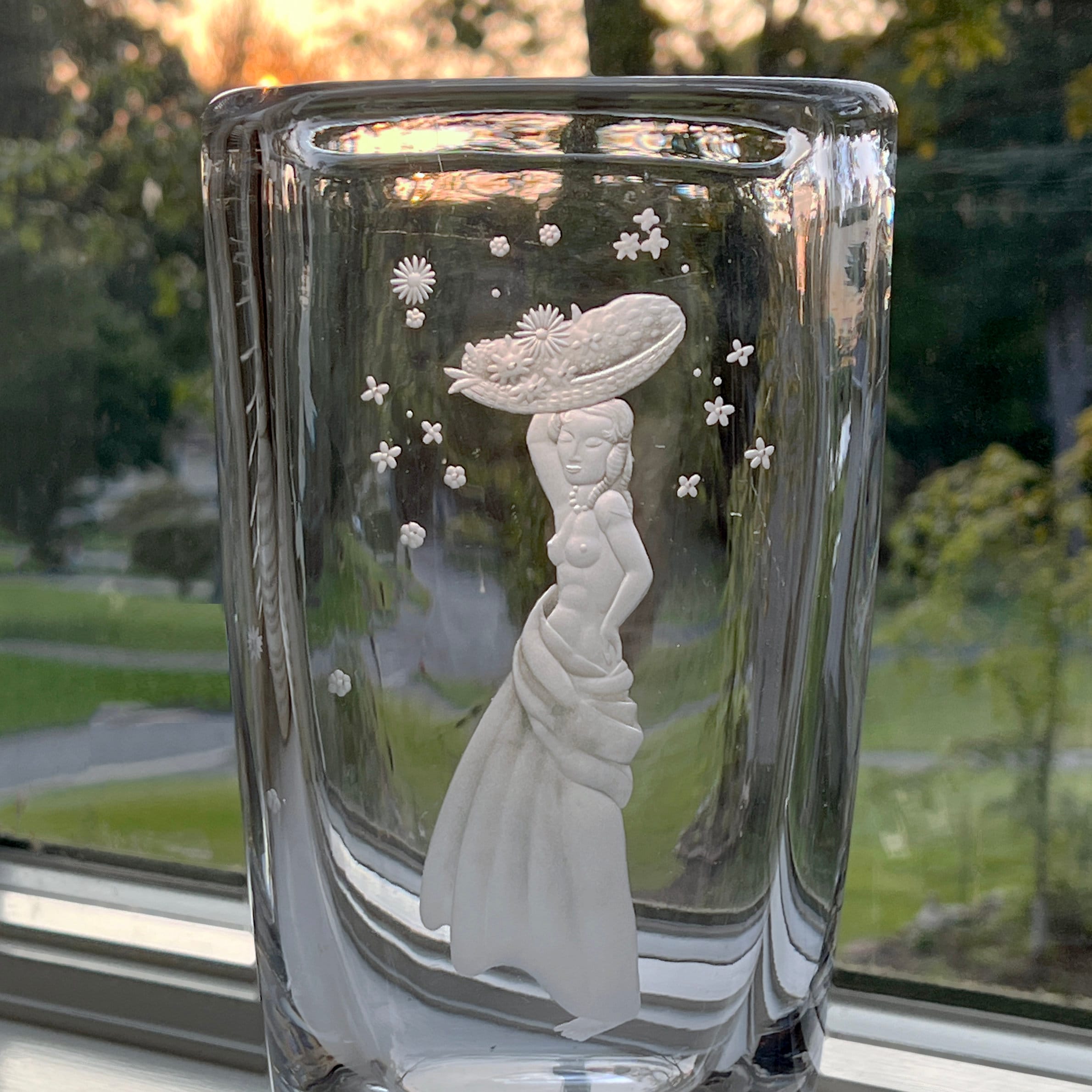 Designed by Edvin Öhrström, this vase is heavy fine crystal measuring 9" tall, 6" wide and 4" across, and weighing 7 pounds. The piece is in fairly good condition for its age, with no chips or cloudiness, but quite a few scratches, especially on its base. The codes etched on the bottom tell us about when it was designed, when it was made, and by whom. In this case, the engraved image of the woman with the fruit basket on her head (style #3110) was designed by Edvin Öhrström in 1948, and it appears in Catalog 24A. This particular example of the vase was made some years later (B8 = 1950).