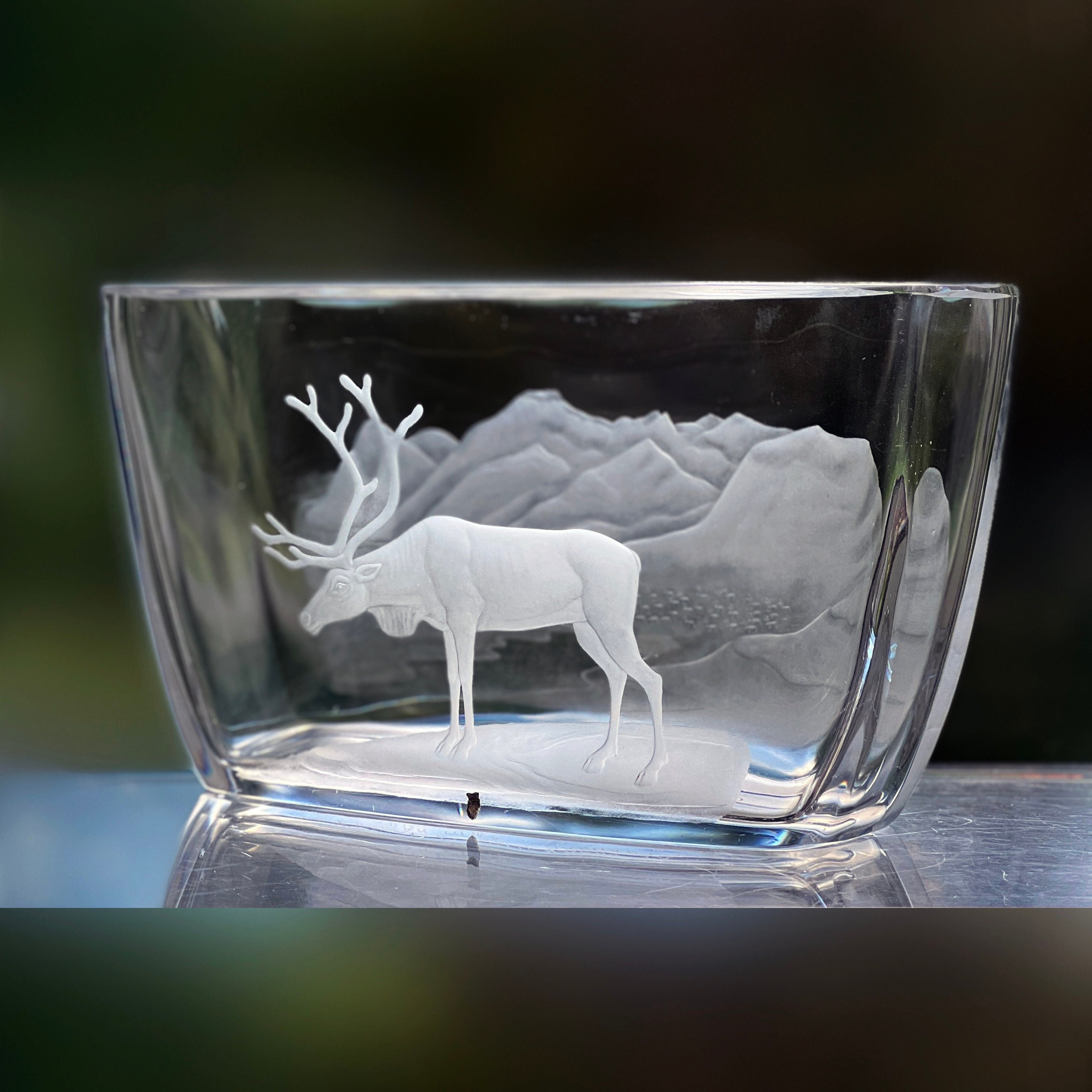 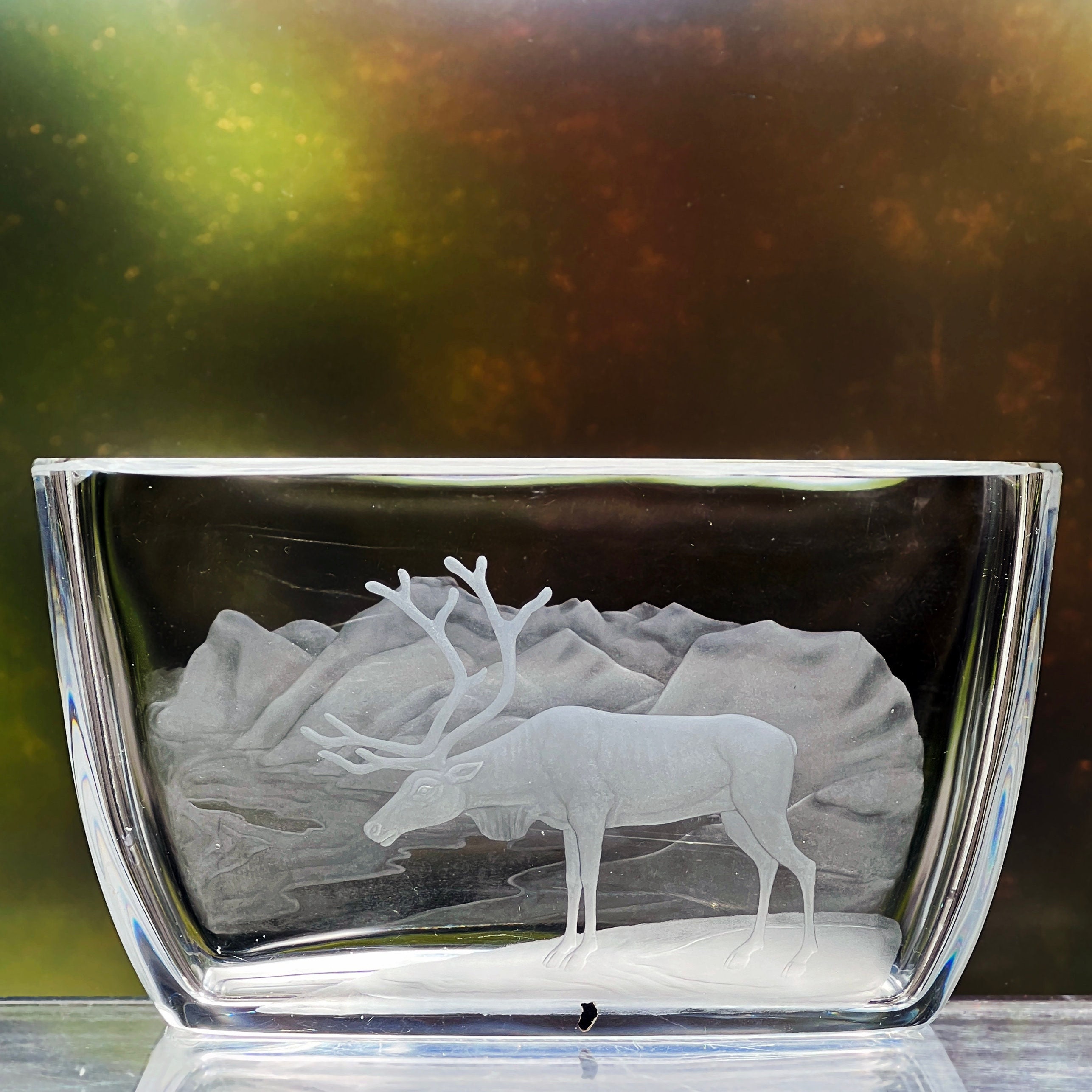 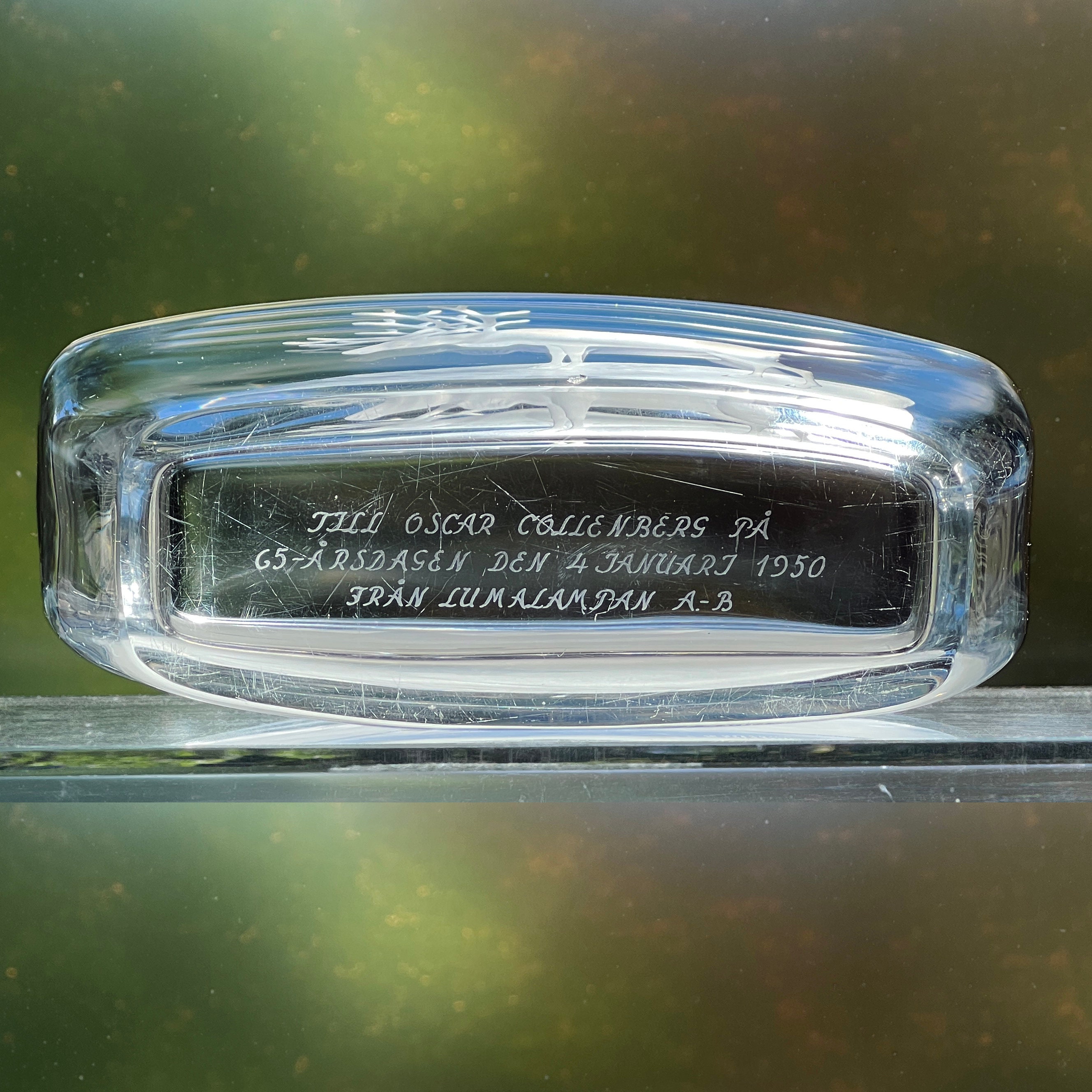 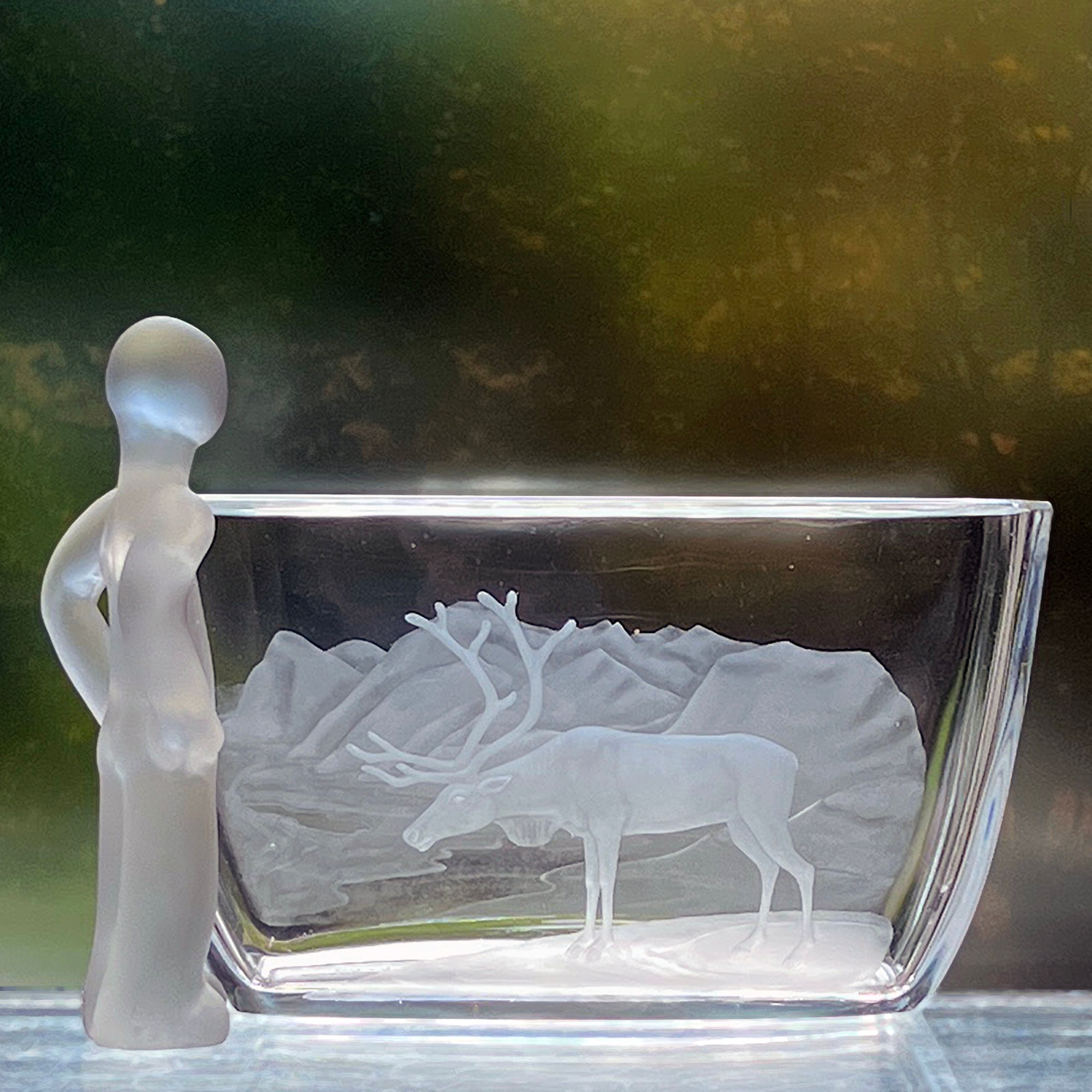 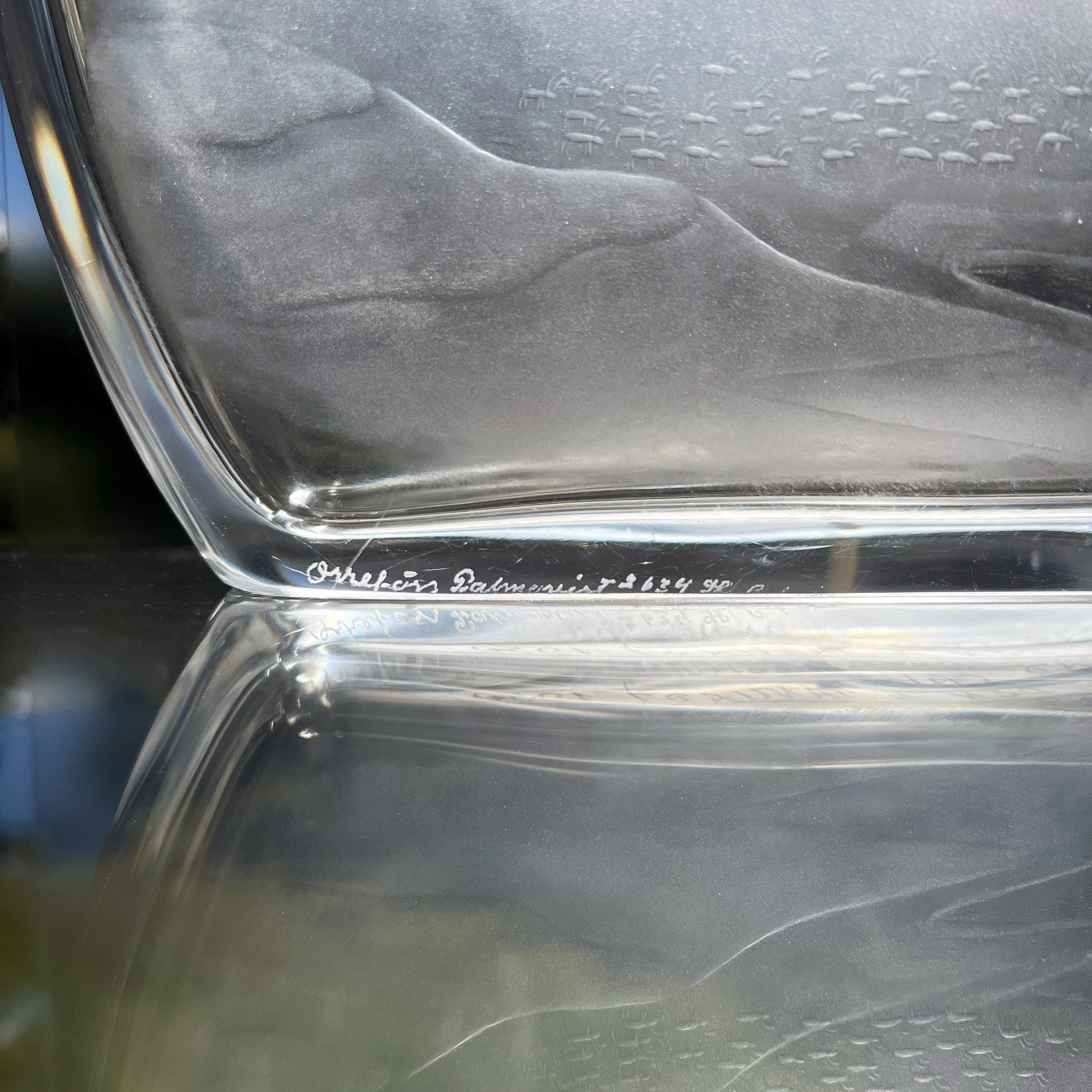 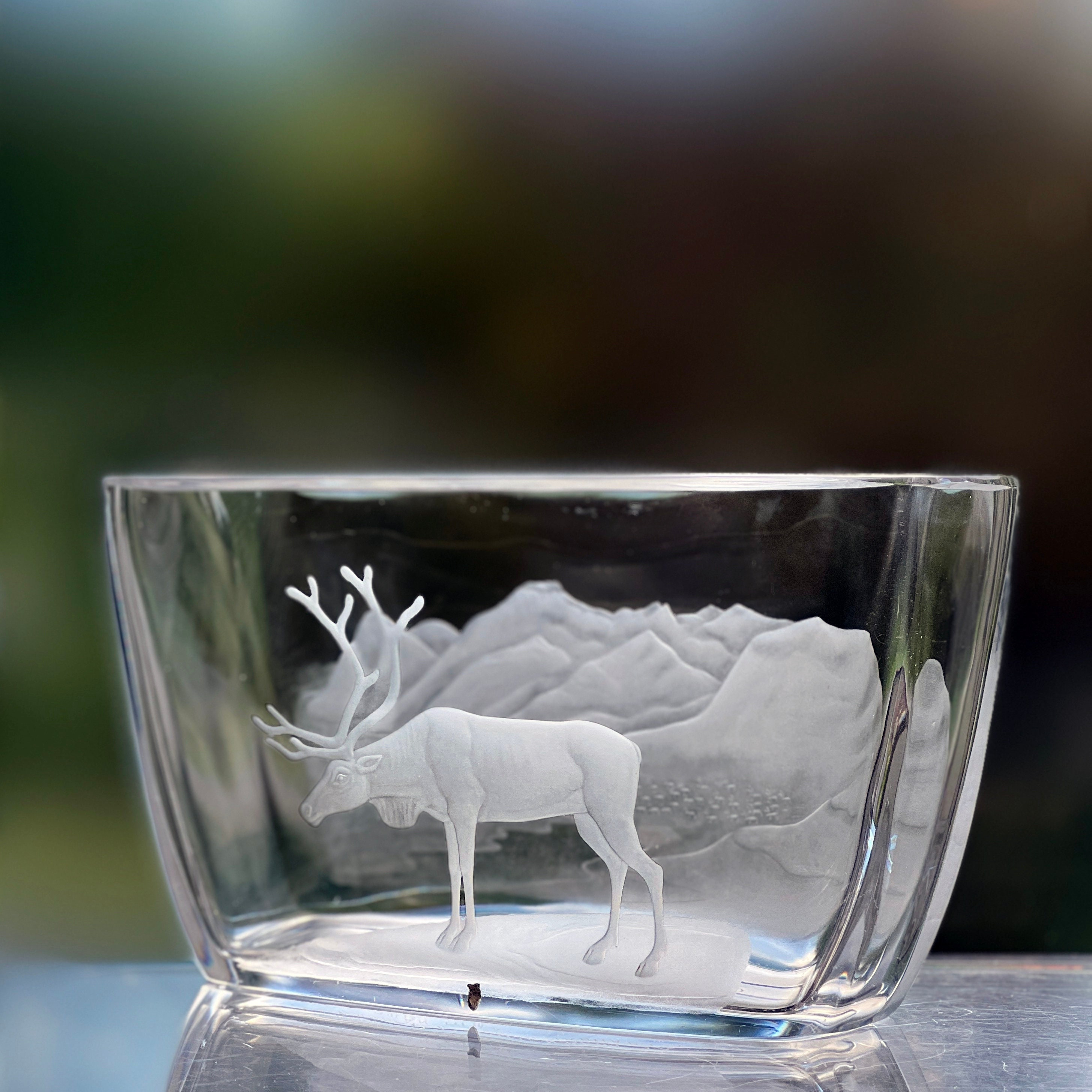 Designed by Sven Palmqvist in 1941, this heavy, oblong vase is hand blown and copper-wheel engraved. It is a classic jardiniere shape, but I would not want to grow plants in it. Instead, I think it would be an awesome letter holder! The vase is about 10.5 inches by 4.5 inches at the rim and 5.5 inches tall, and it weighs 6 pounds. This particular piece was made in 1944, and master craftsman, Thure Löfgren (1922-1958 at Orrefors), was the engraver. It has a fair number of small scratches - a testament to a life well-lived.