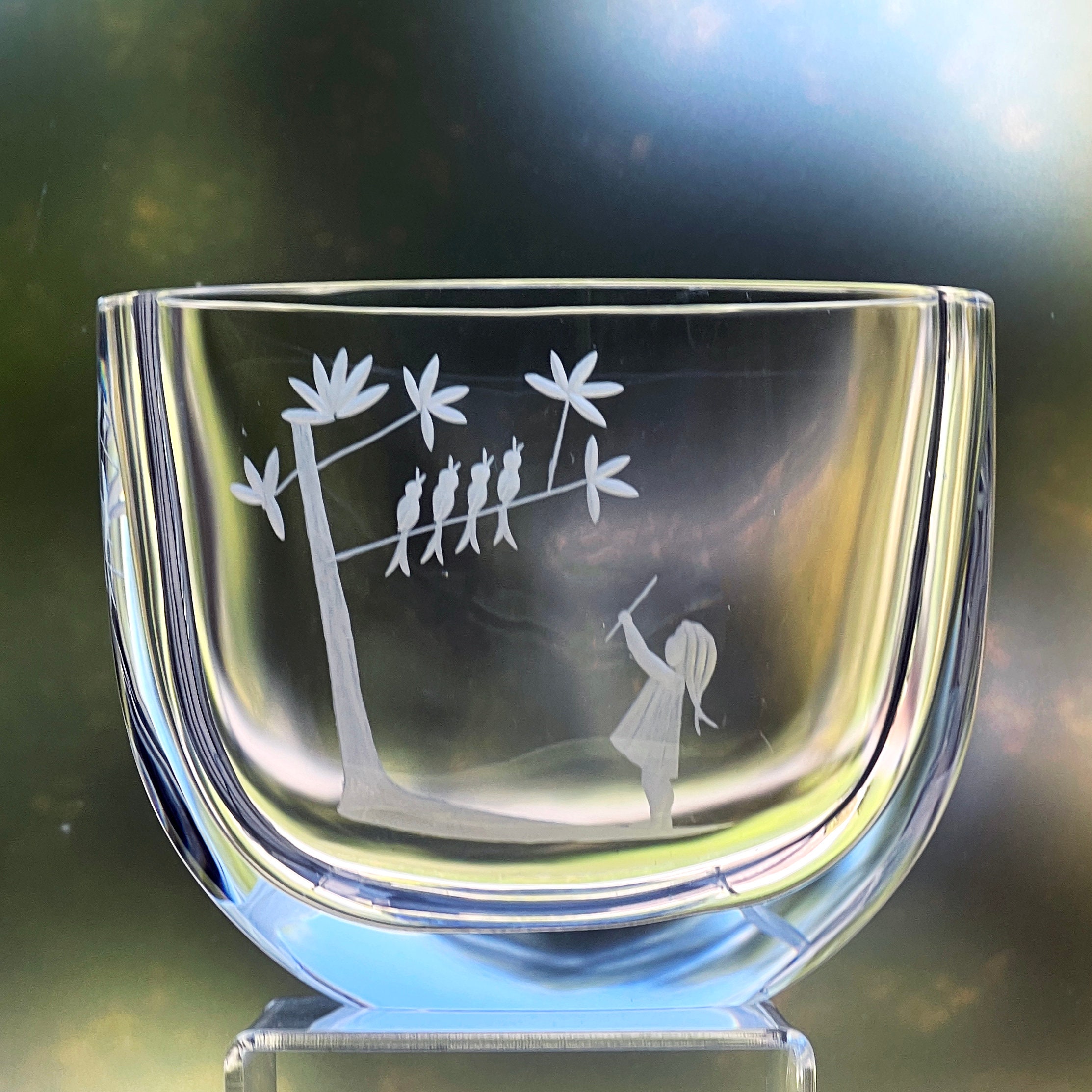 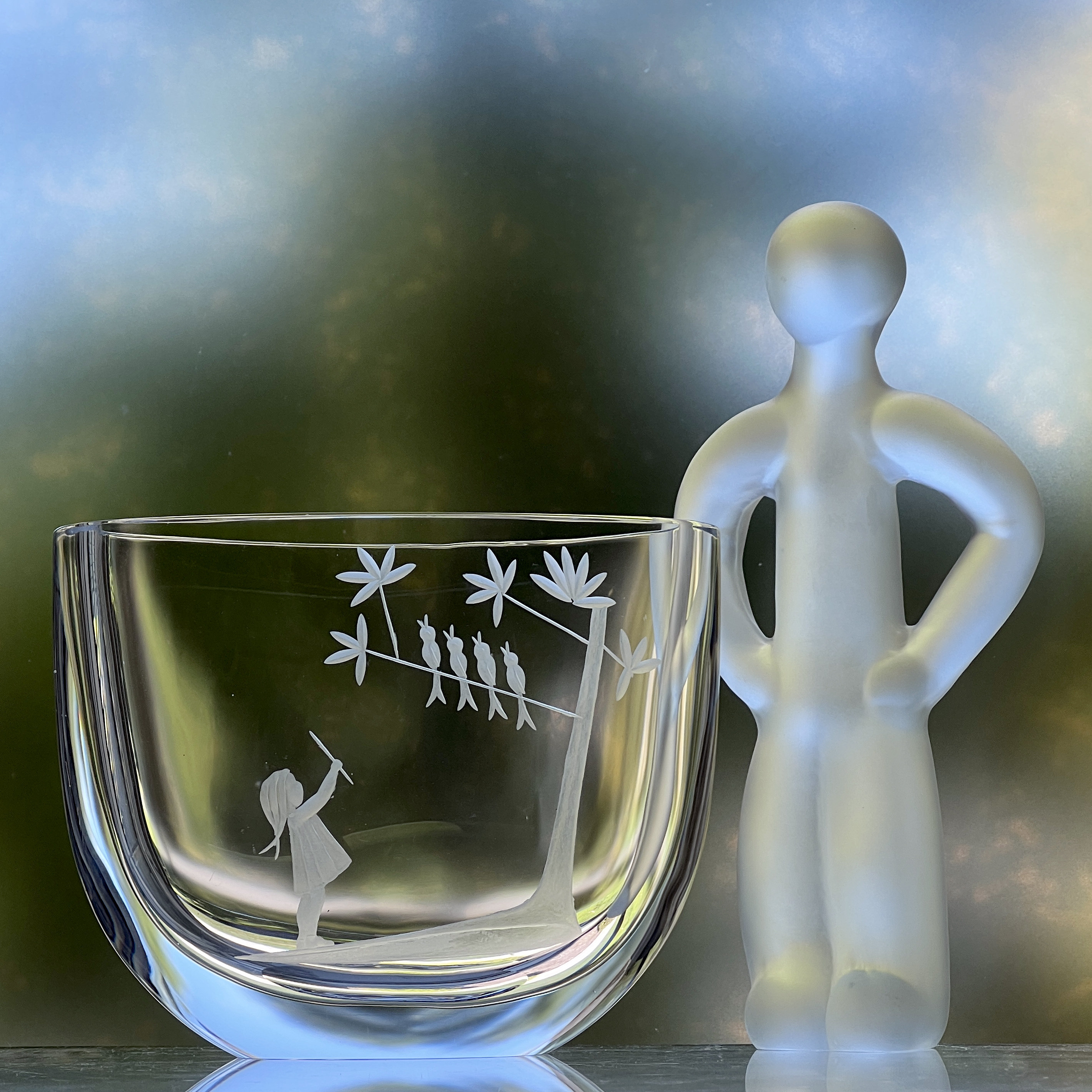 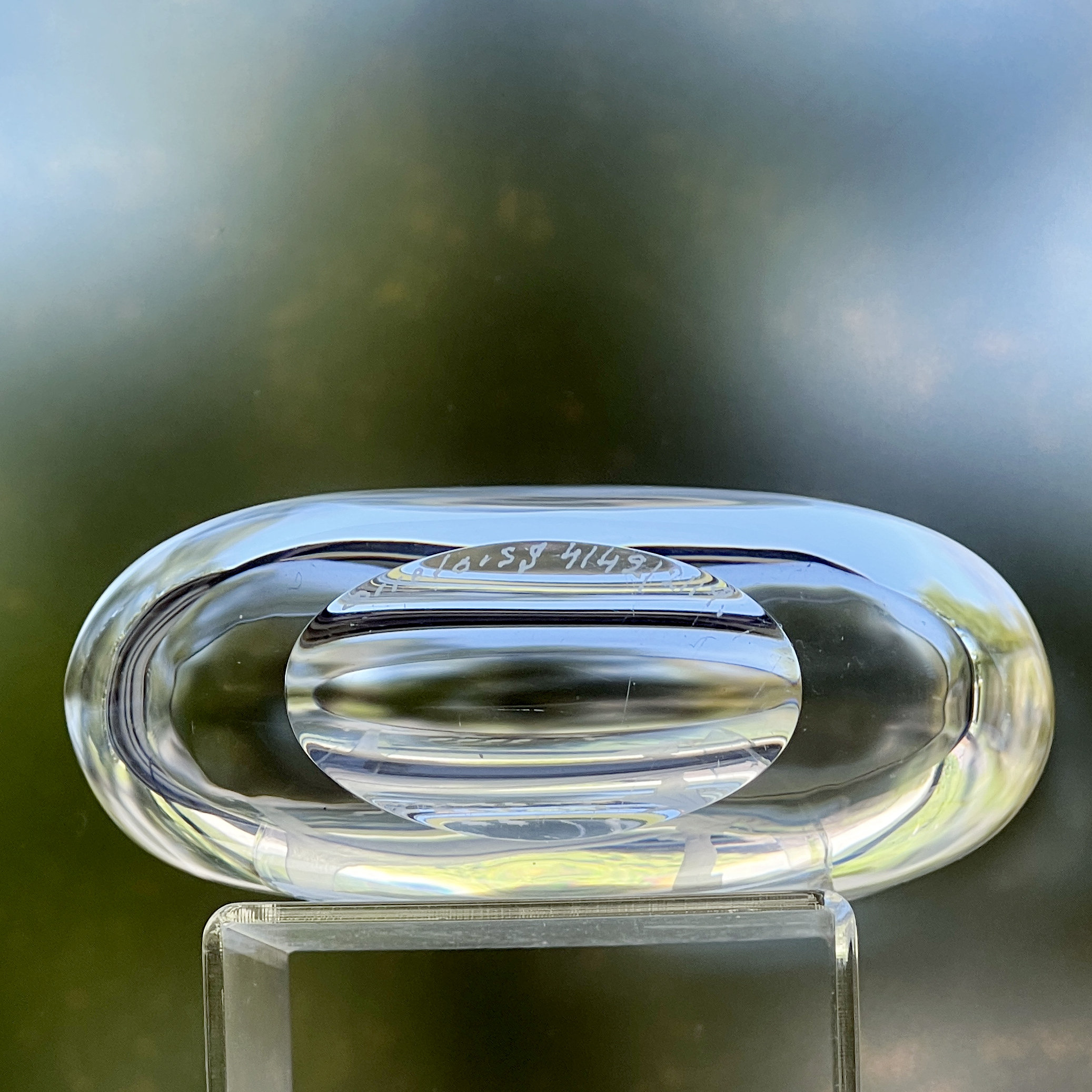 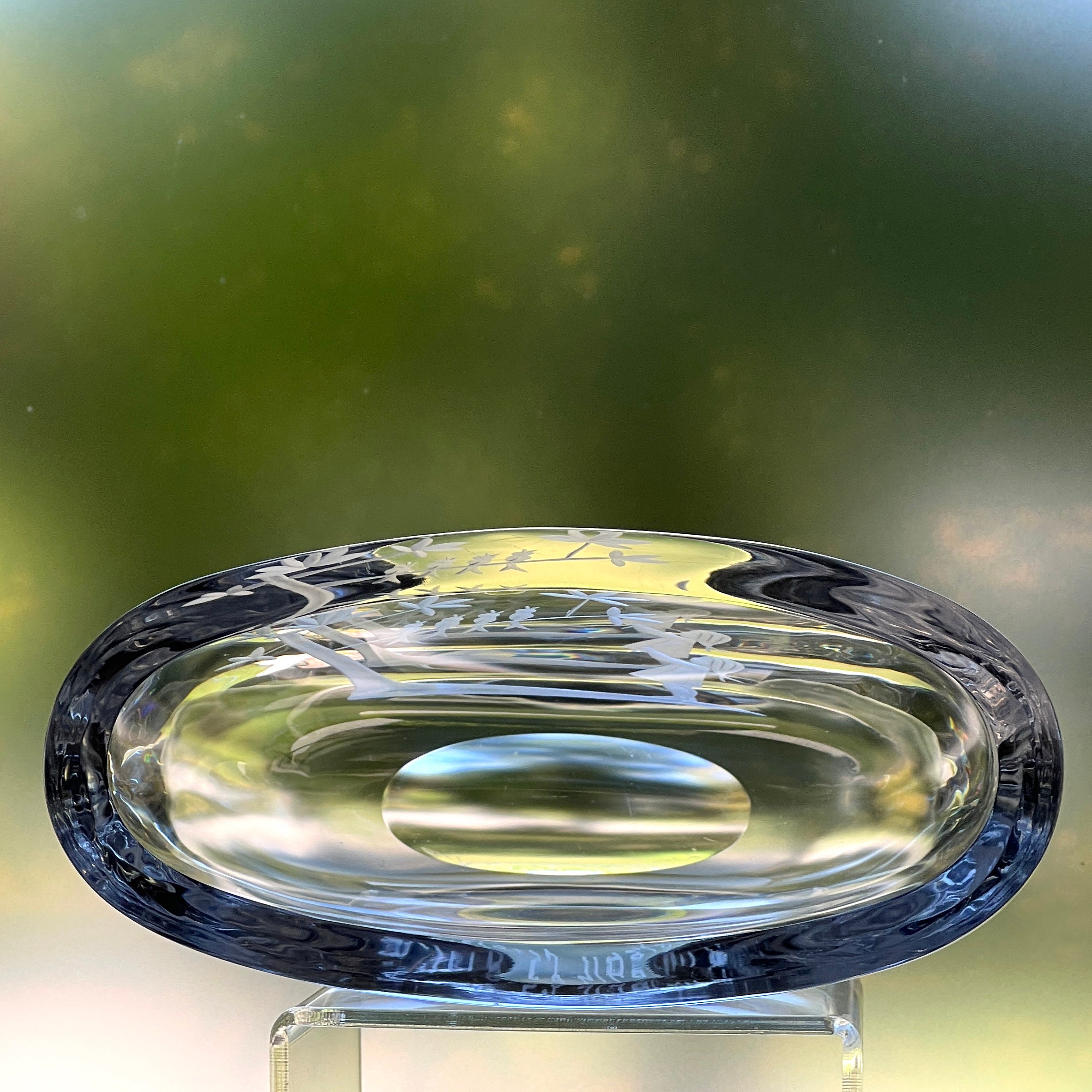 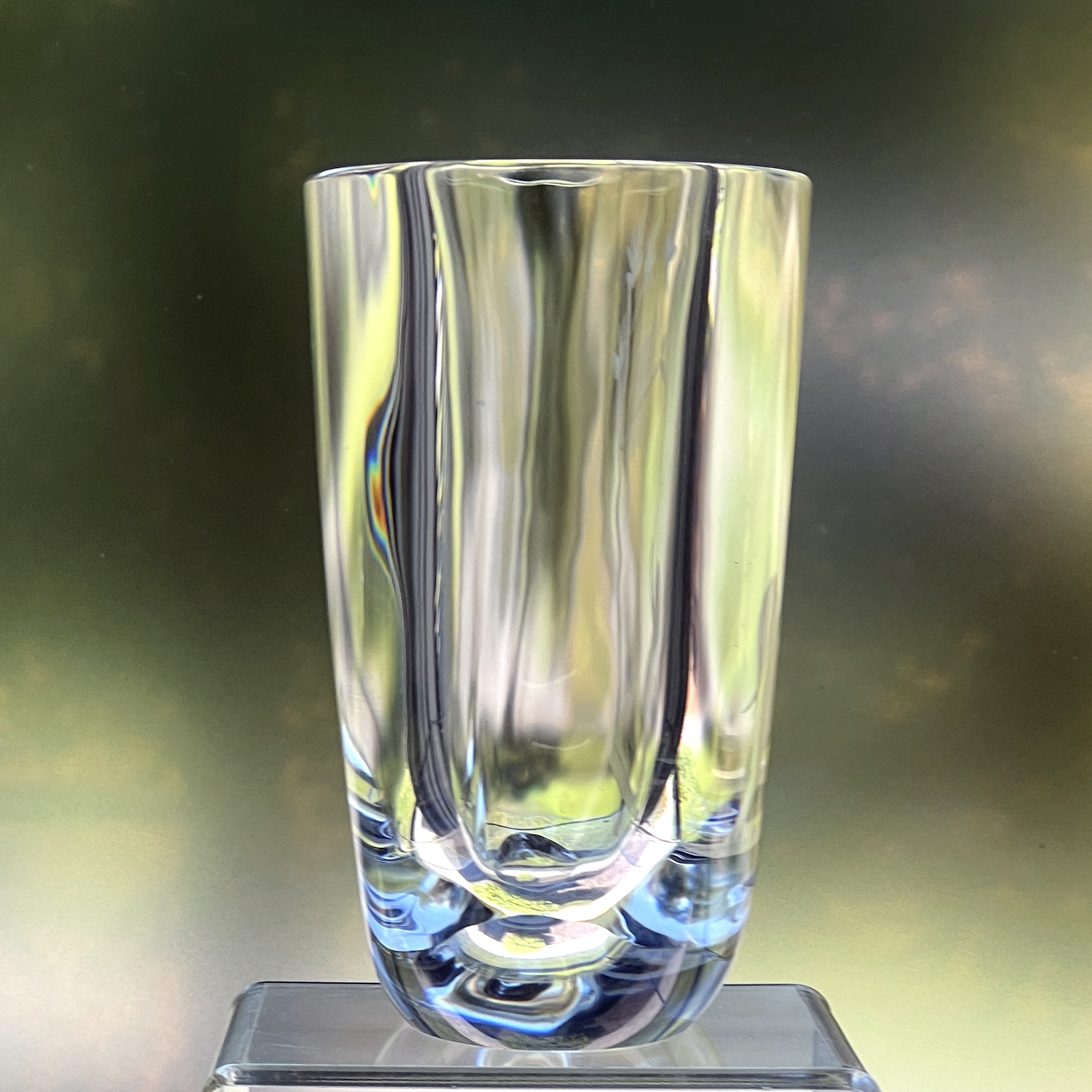 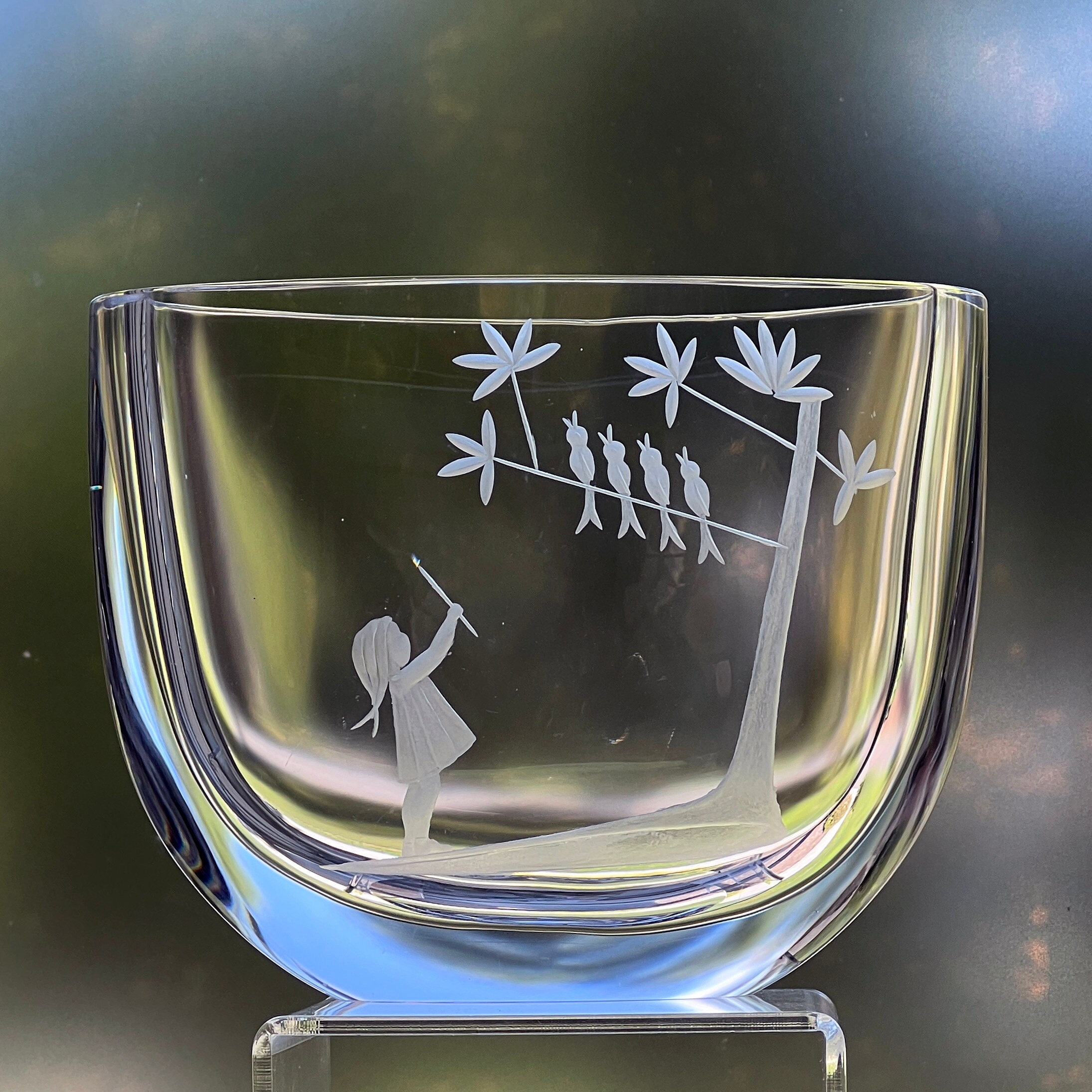 John Selbing, artist and long-time Orrefors photographer, designed this charming vase with an image of a young girl conducting a choir of songbirds. The image was made with traditional copper-wheel engraving by skilled Orrefors engravers. The codes engraved on the bottom of this piece tell me it was made in 1969. It's a perfect size for a display vase, measuring about 6" x 2.75" x 4.5"H and weighing almost three pounds. The condition is very good - it hardly shows its age.

John Selbing worked for Orrefors for his whole career, from 1927 to 1973. He is responsible for a great many of the photographs you see in Orrefors books and catalogs.