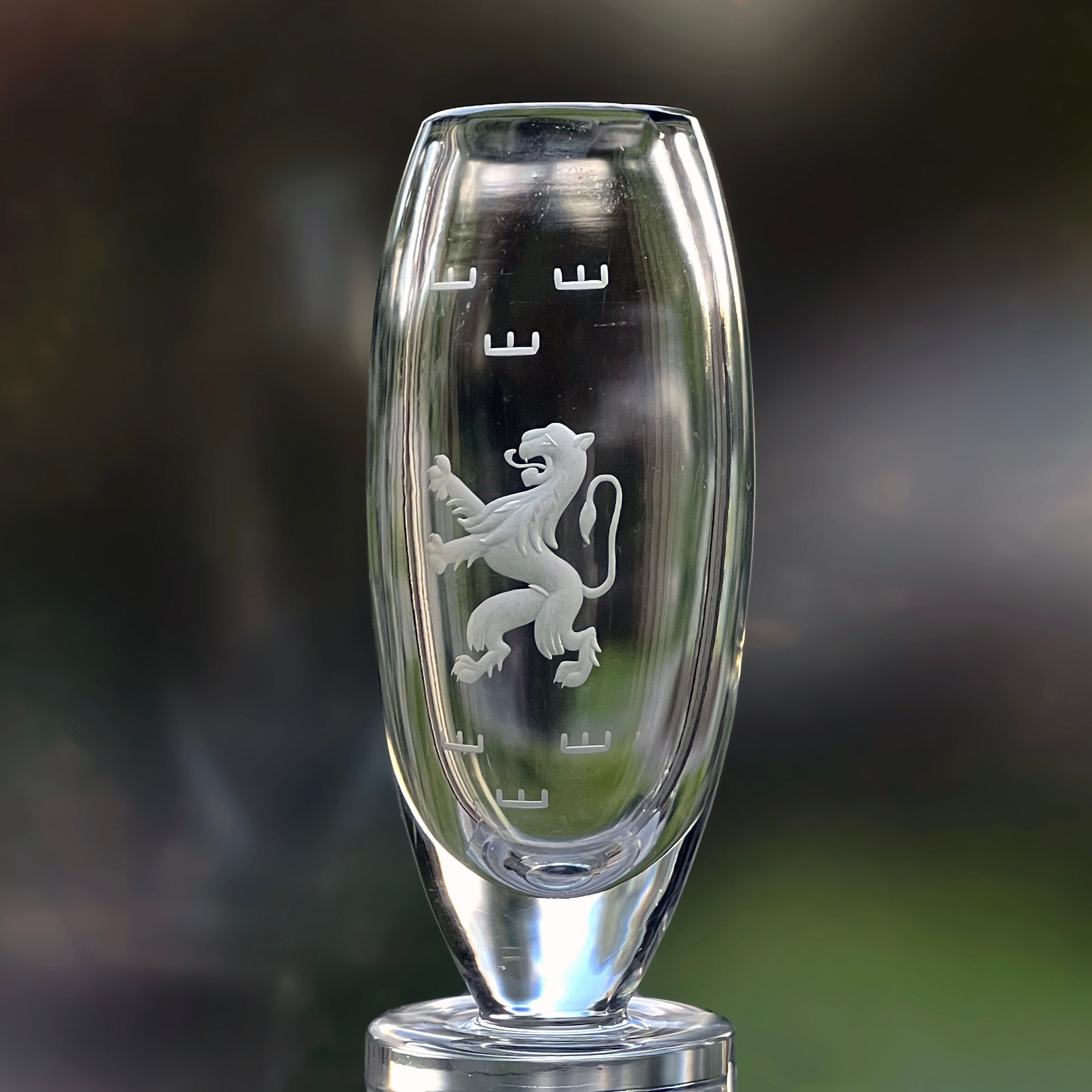 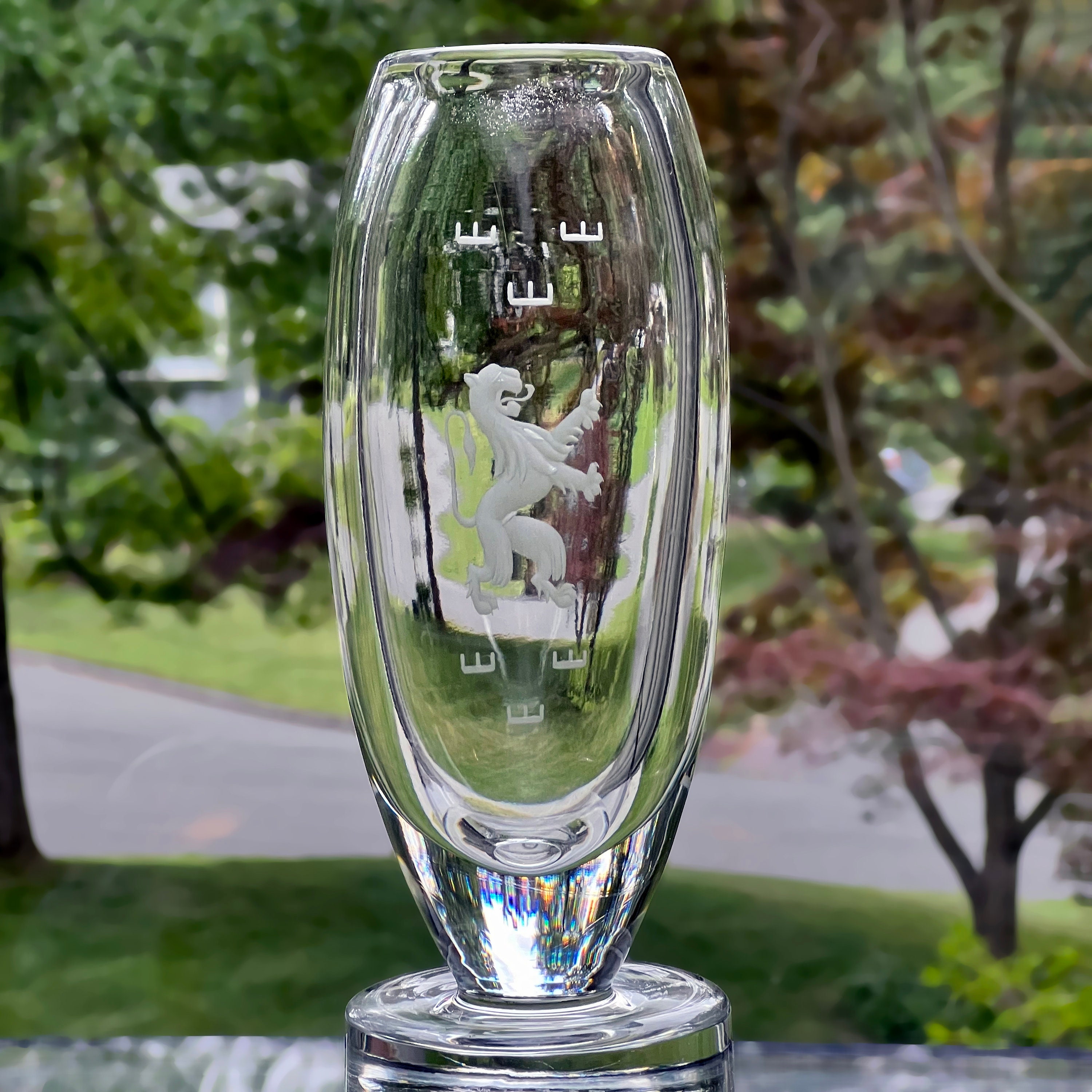 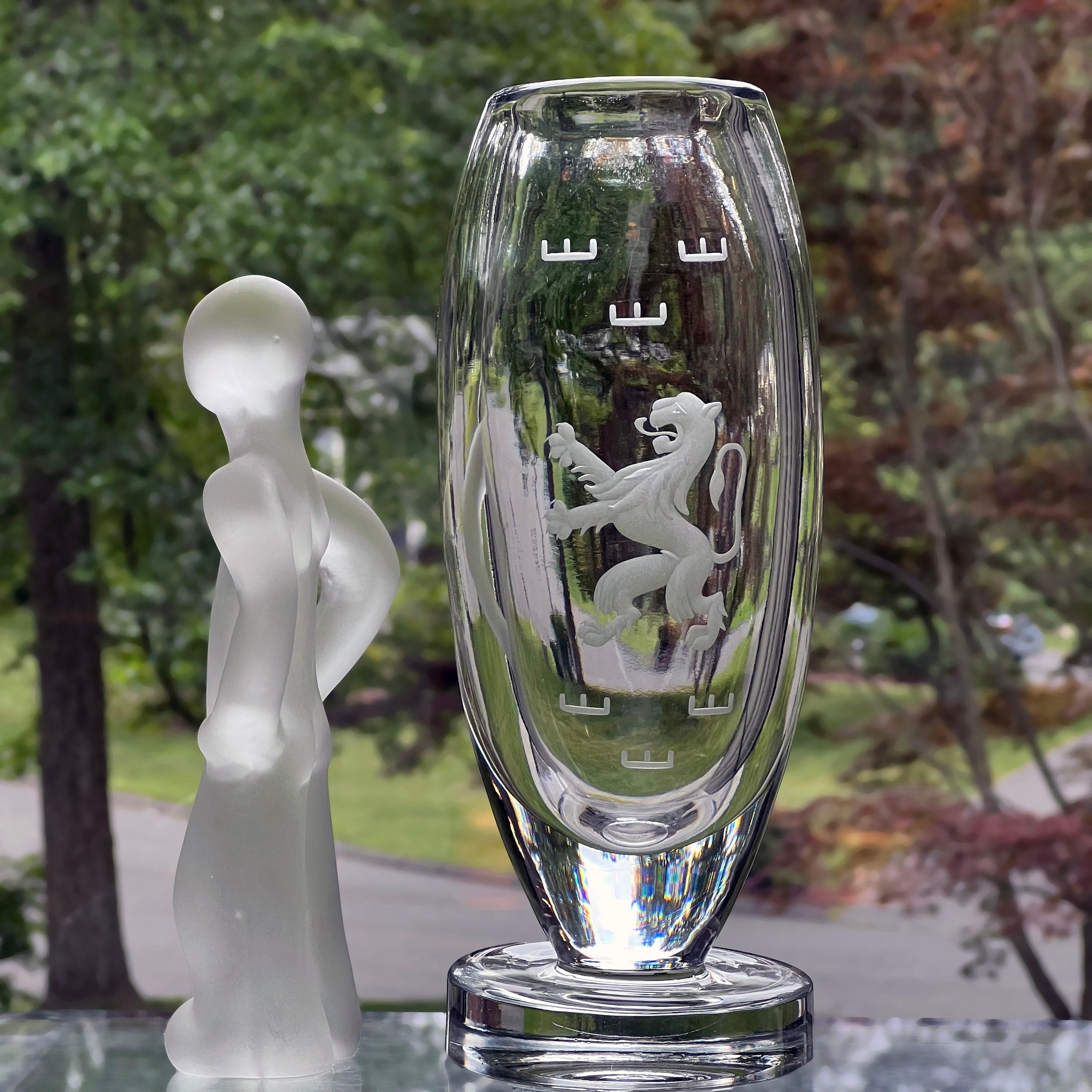 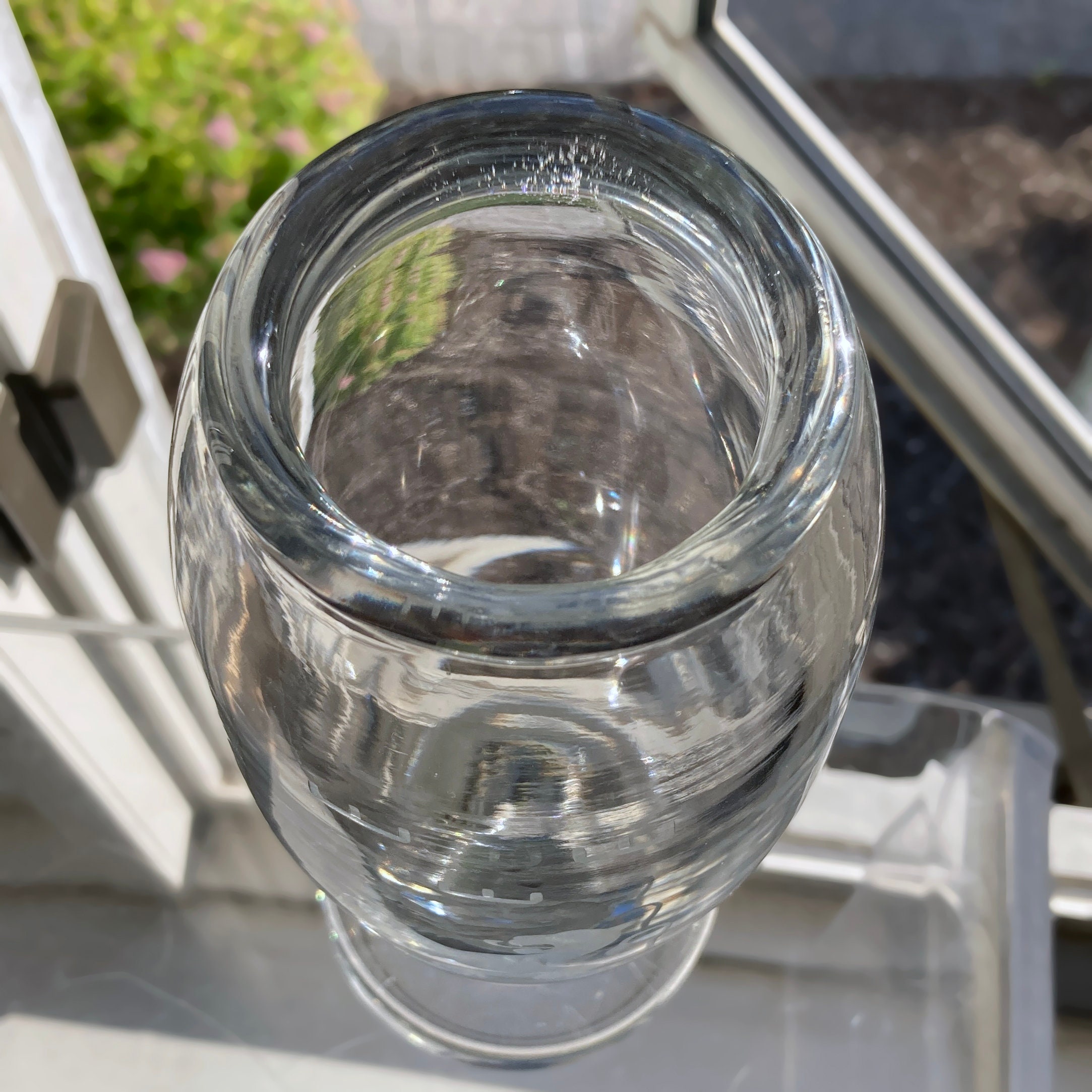 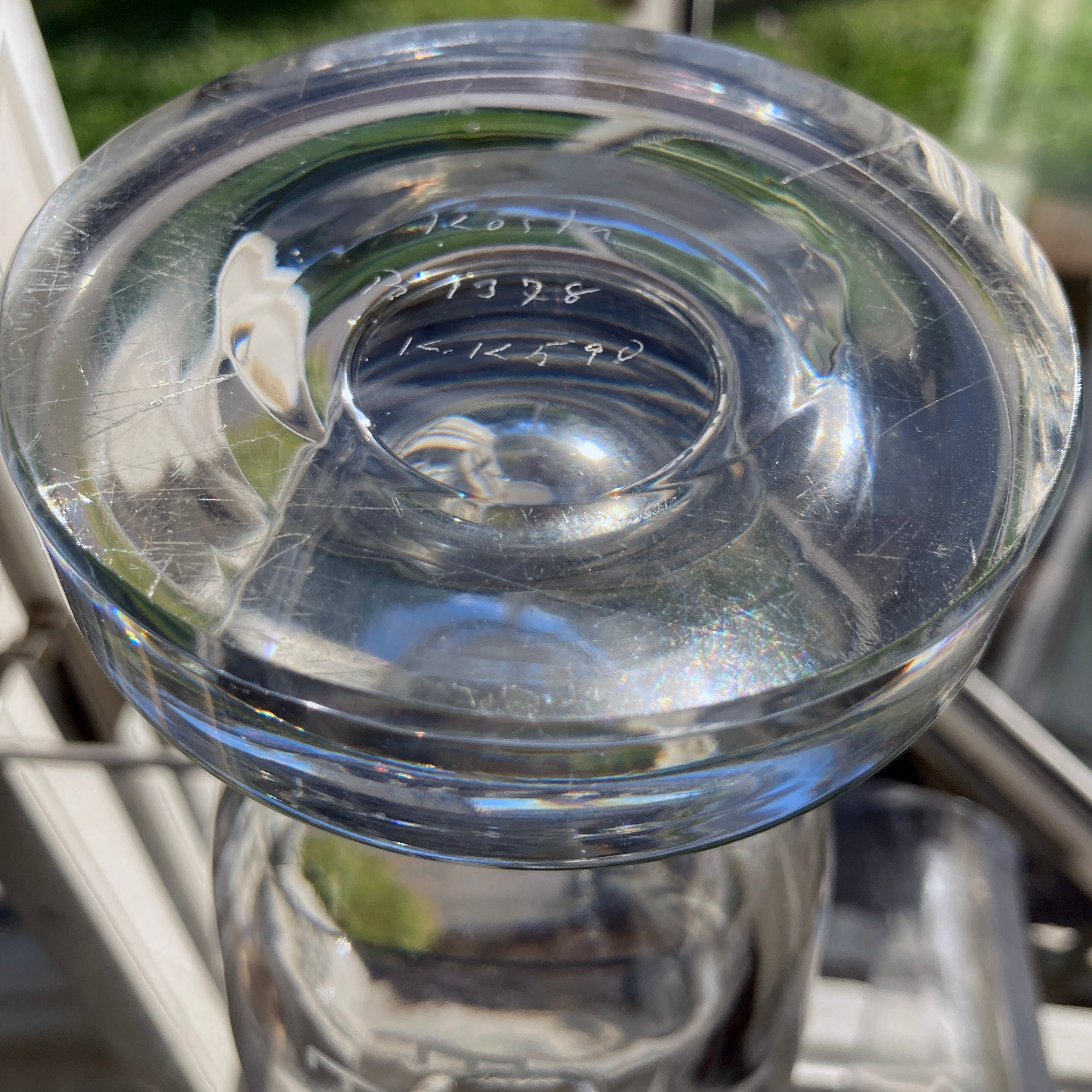 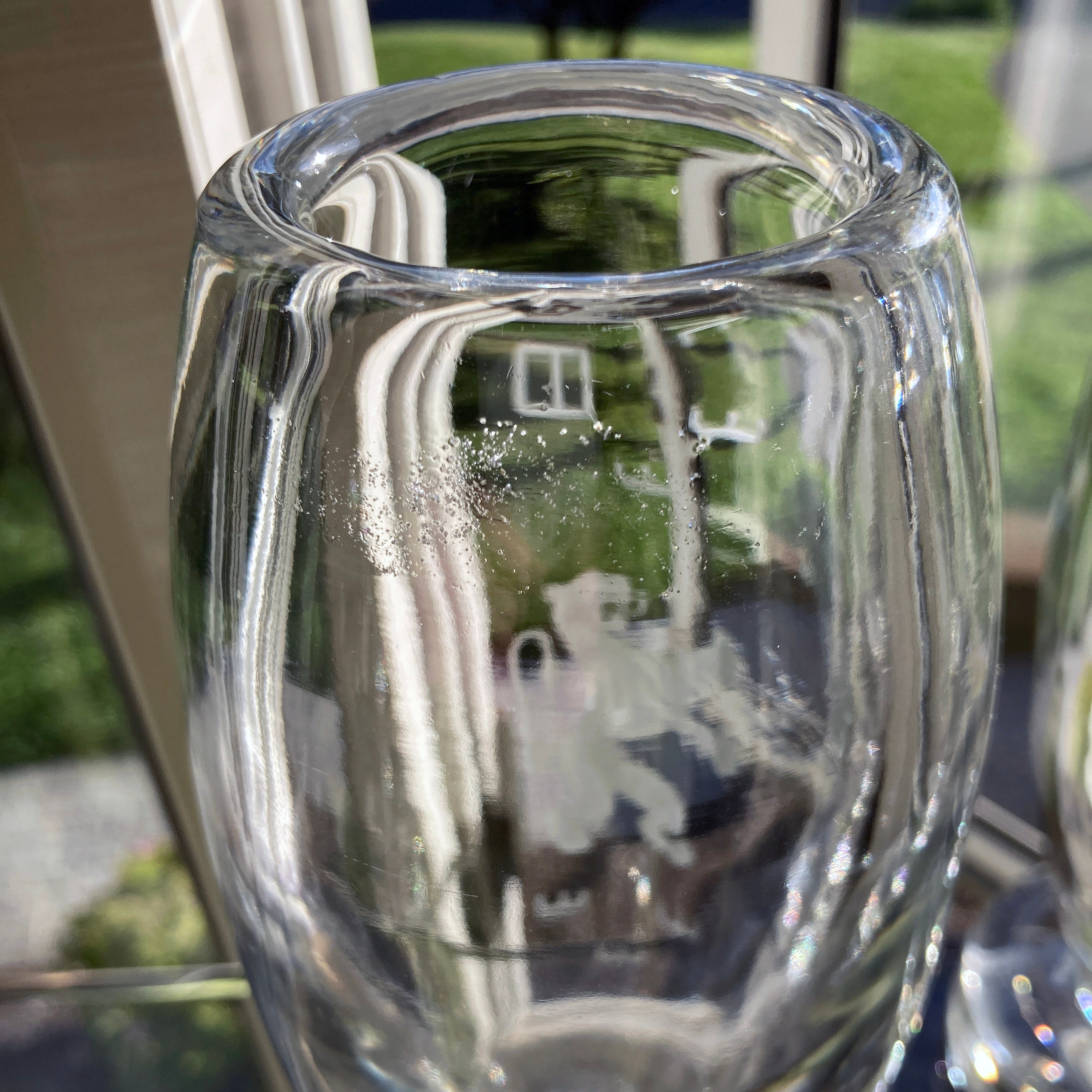 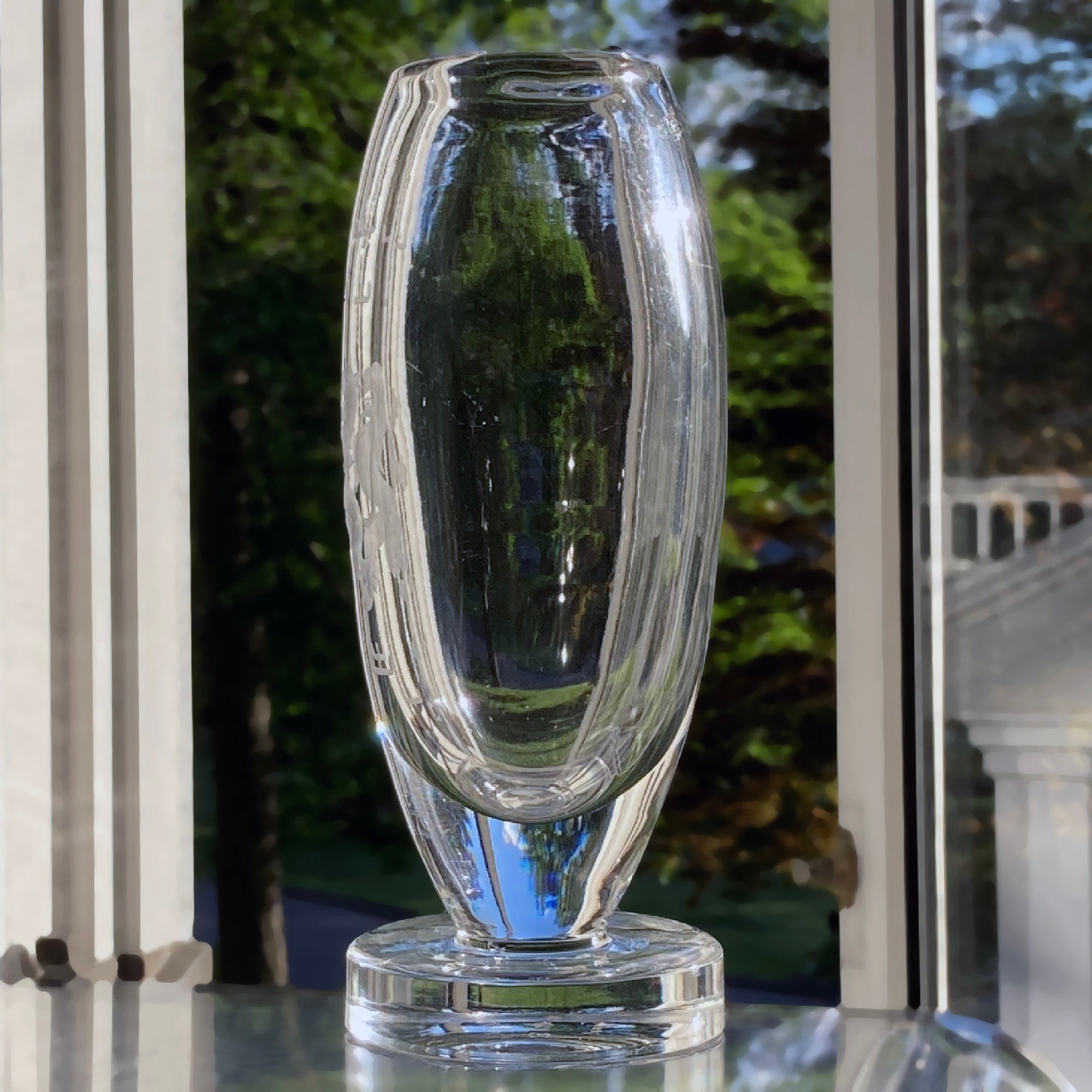 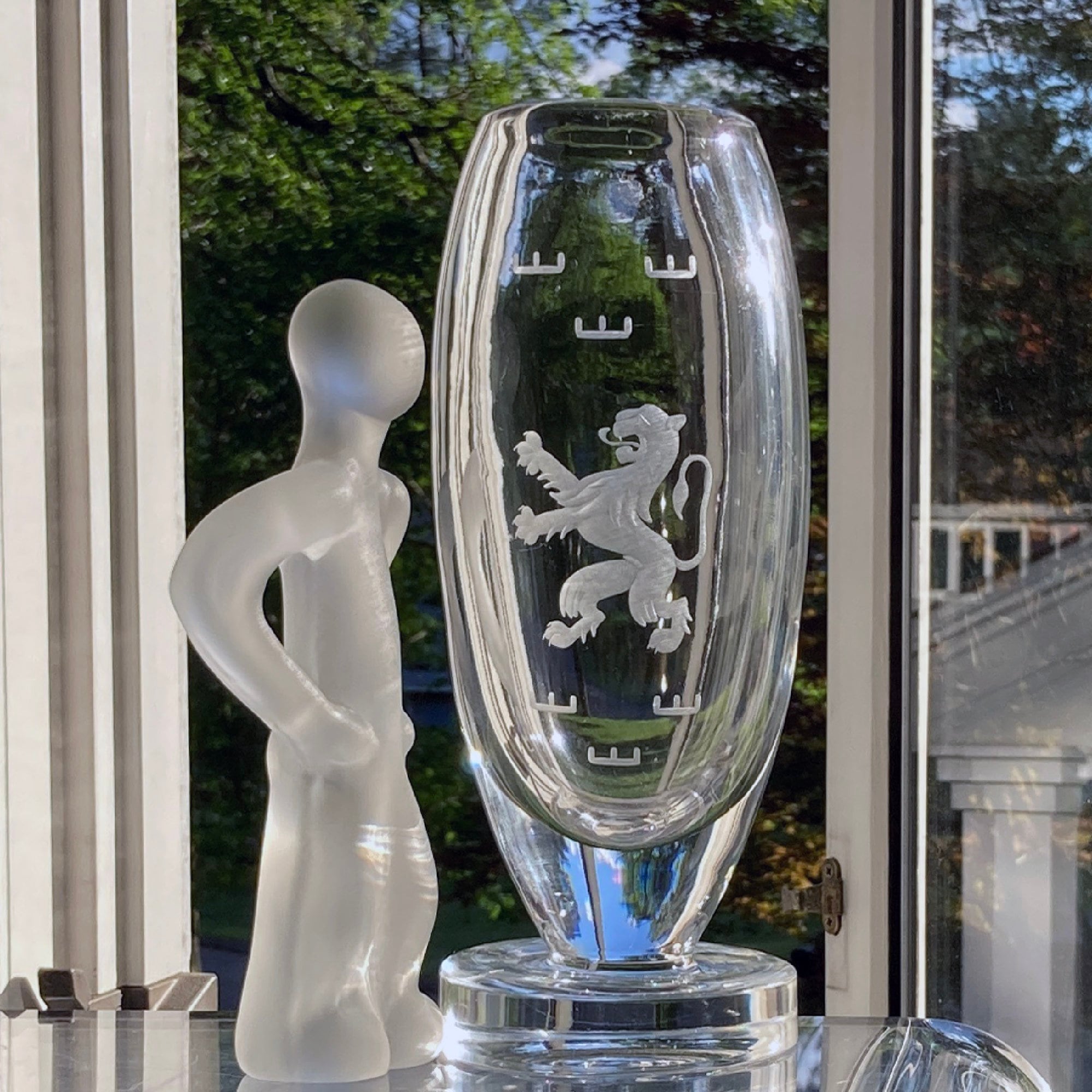 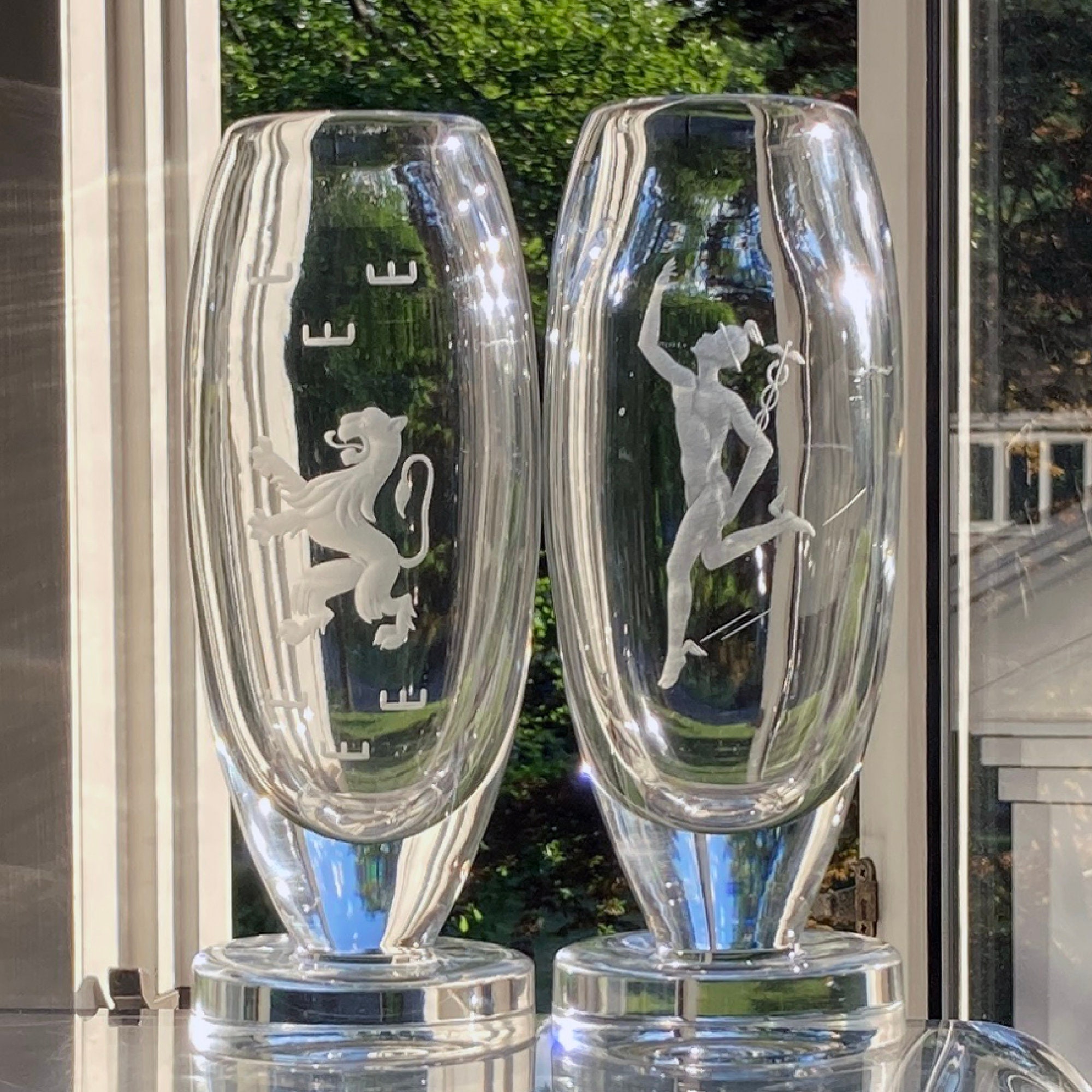 This fabulous vintage vase depicts the seal of the Swedish province, Småland. The lion, a common subject in heraldry, symbolizes courage, nobility, royalty, strength, stateliness, and valor, because it has been regarded as the "king of beasts" historically. A "lion rampant" is shown in profile (seen from the left side) standing upright with forepaws raised. Above the lion on this vase are three stylized crowns, another traditional Scandinavian motif.

The vase is big and heavy, weighing over 5 pounds and measuring about 9.5" tall and 4.5" at its widest diameter. It has marvelously shaped sides, a rounded rim, and a thick circular pedestal foot or base. It was engraved using the traditional copper-wheel method, one that requires incredible skill. The piece has the expected wear on its base, a few little scratches, and an area of tiny bubbles in the glass. Otherwise, it is in terrific condition.