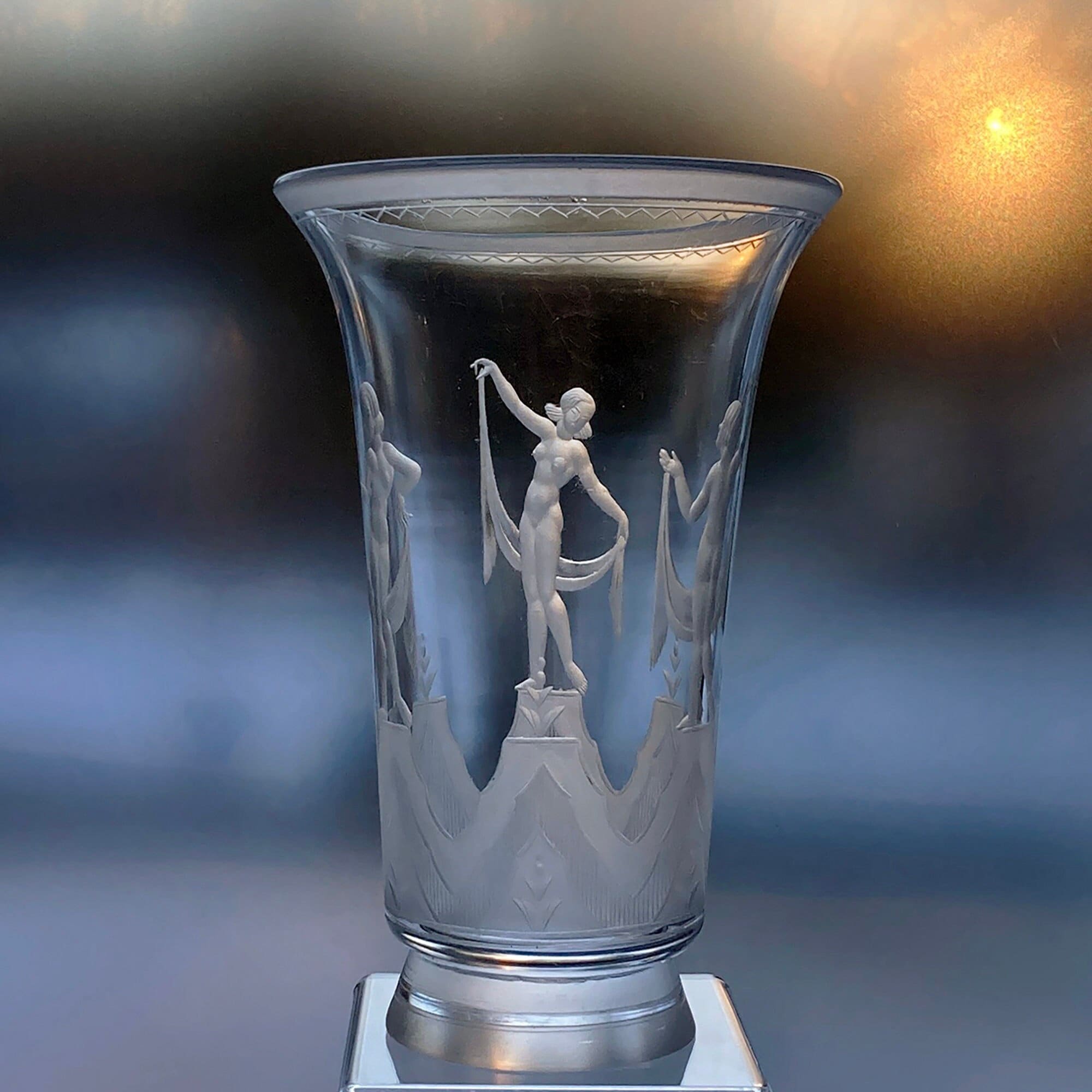 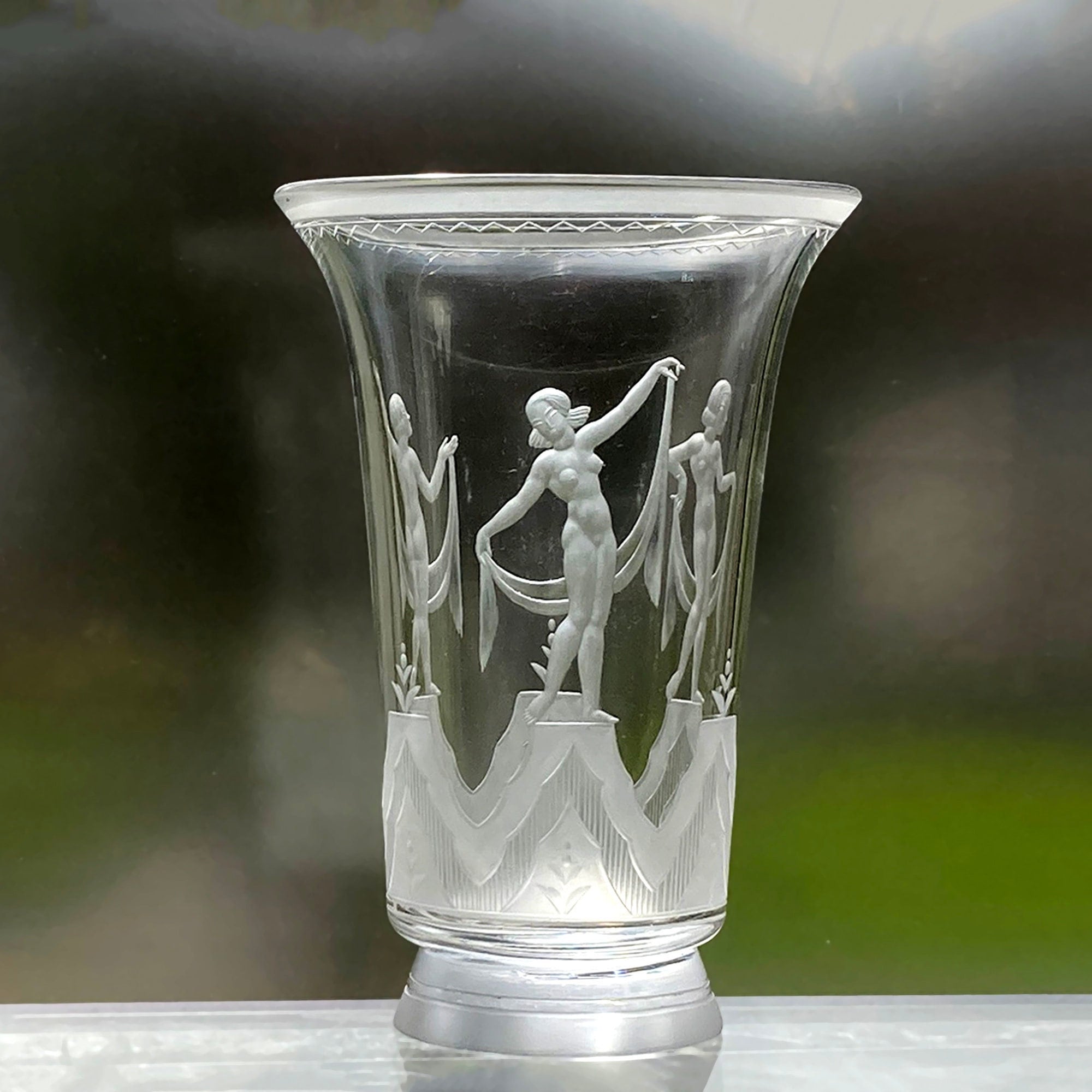 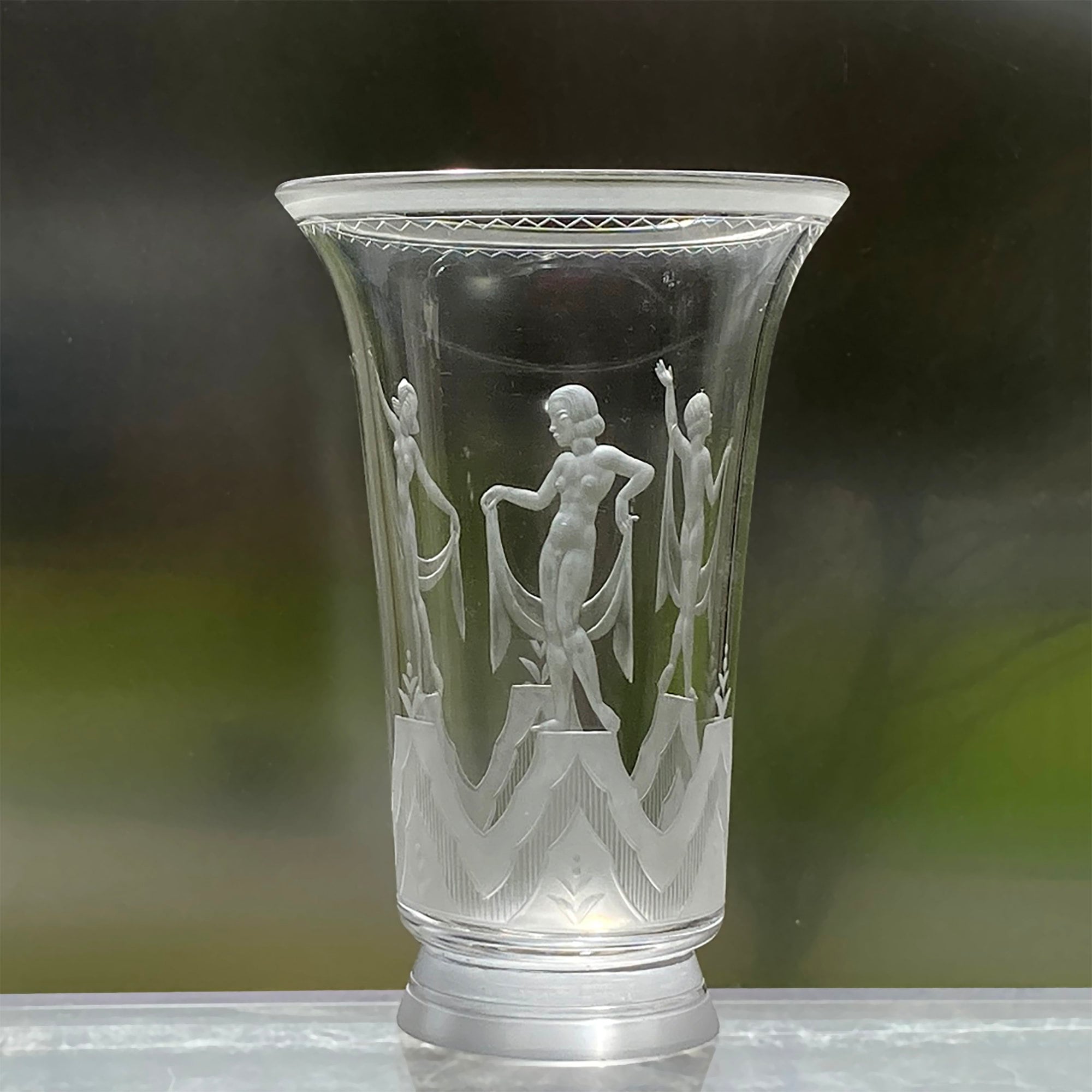 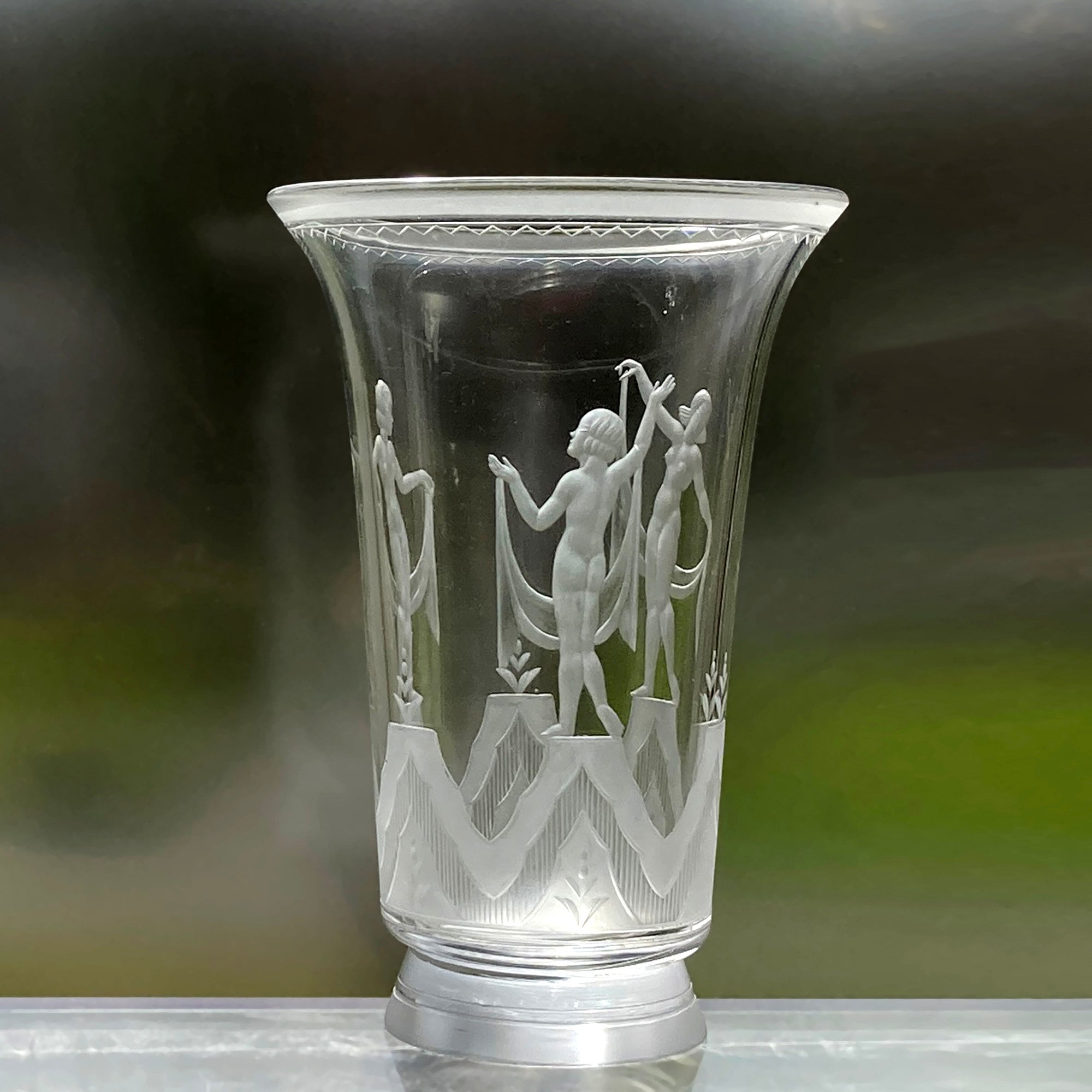 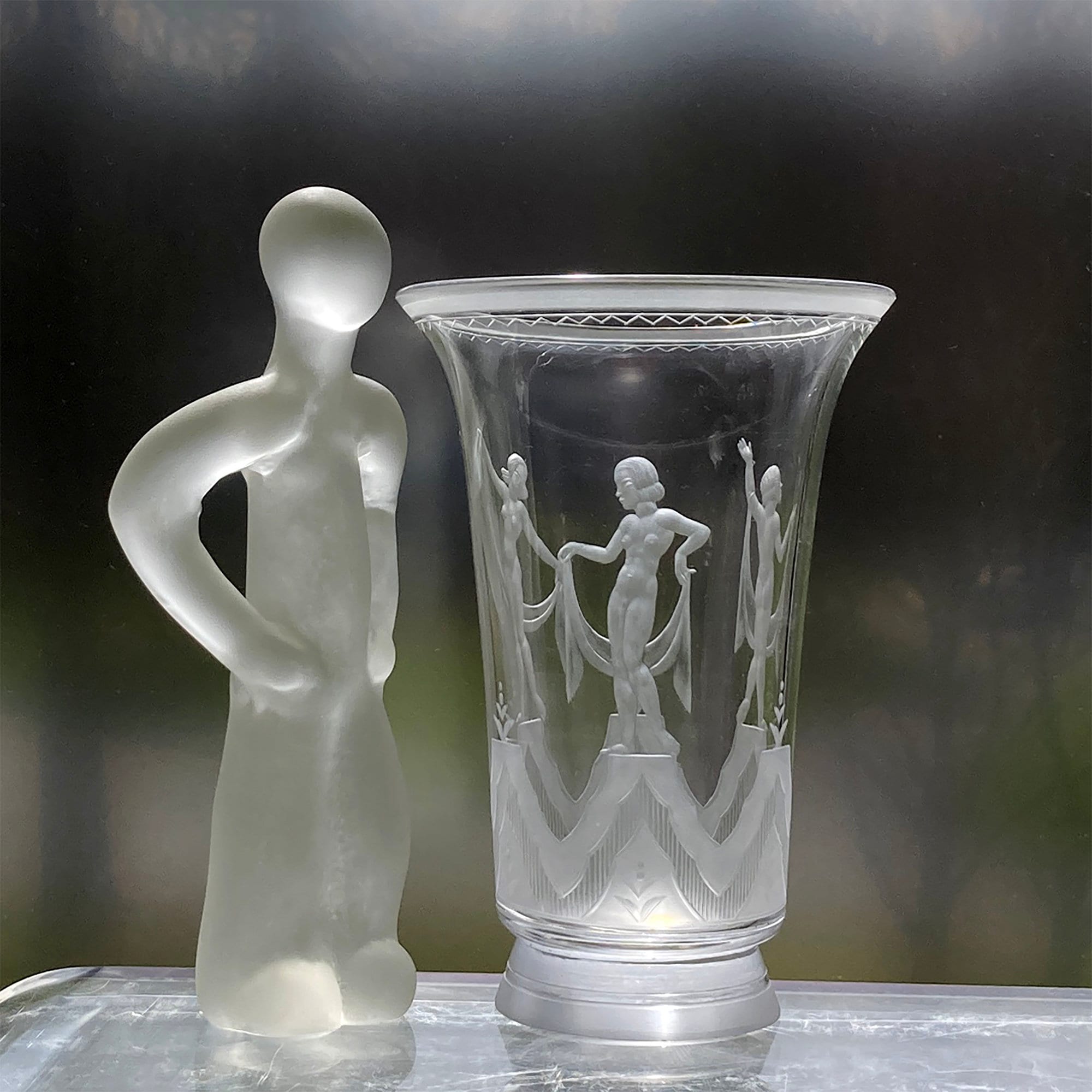 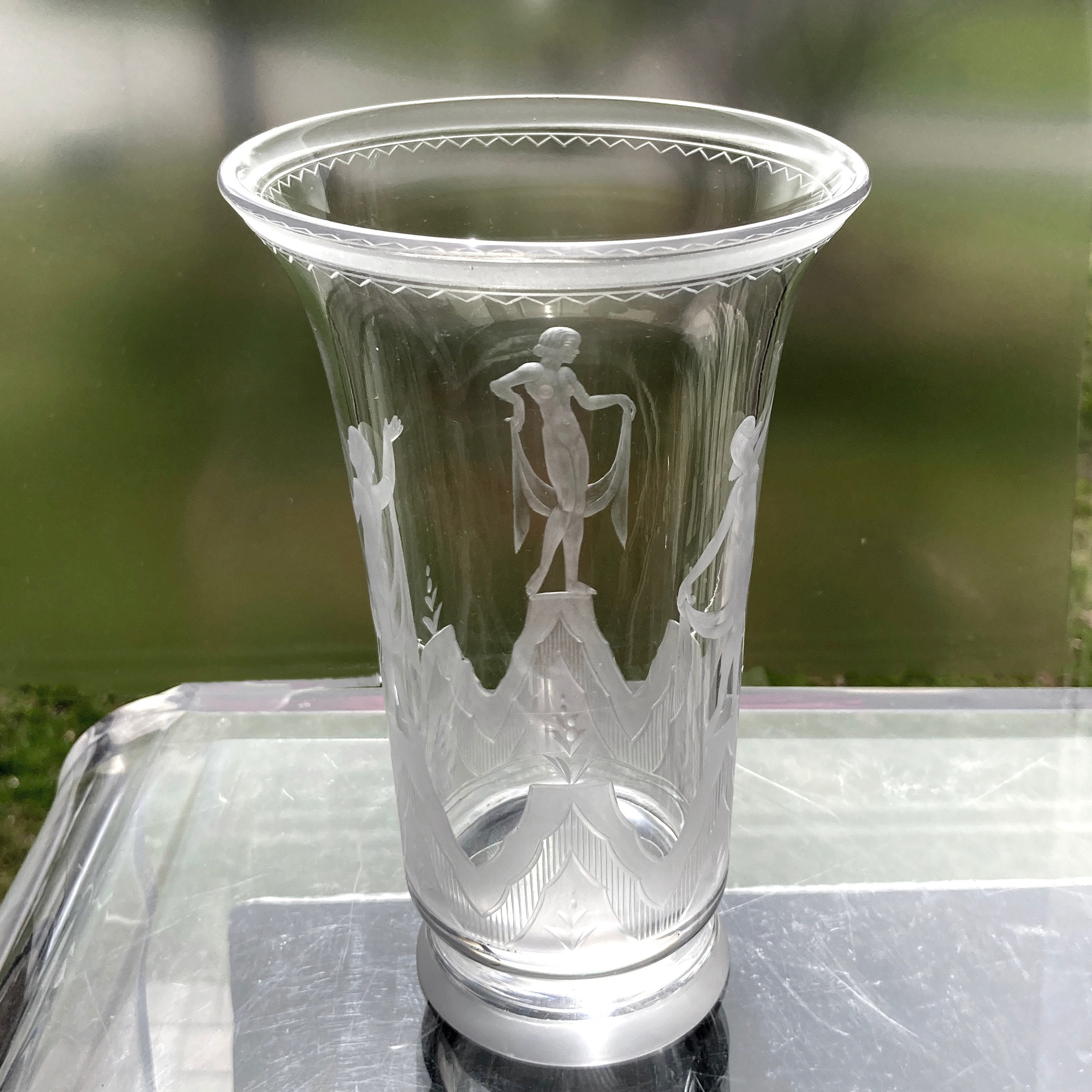 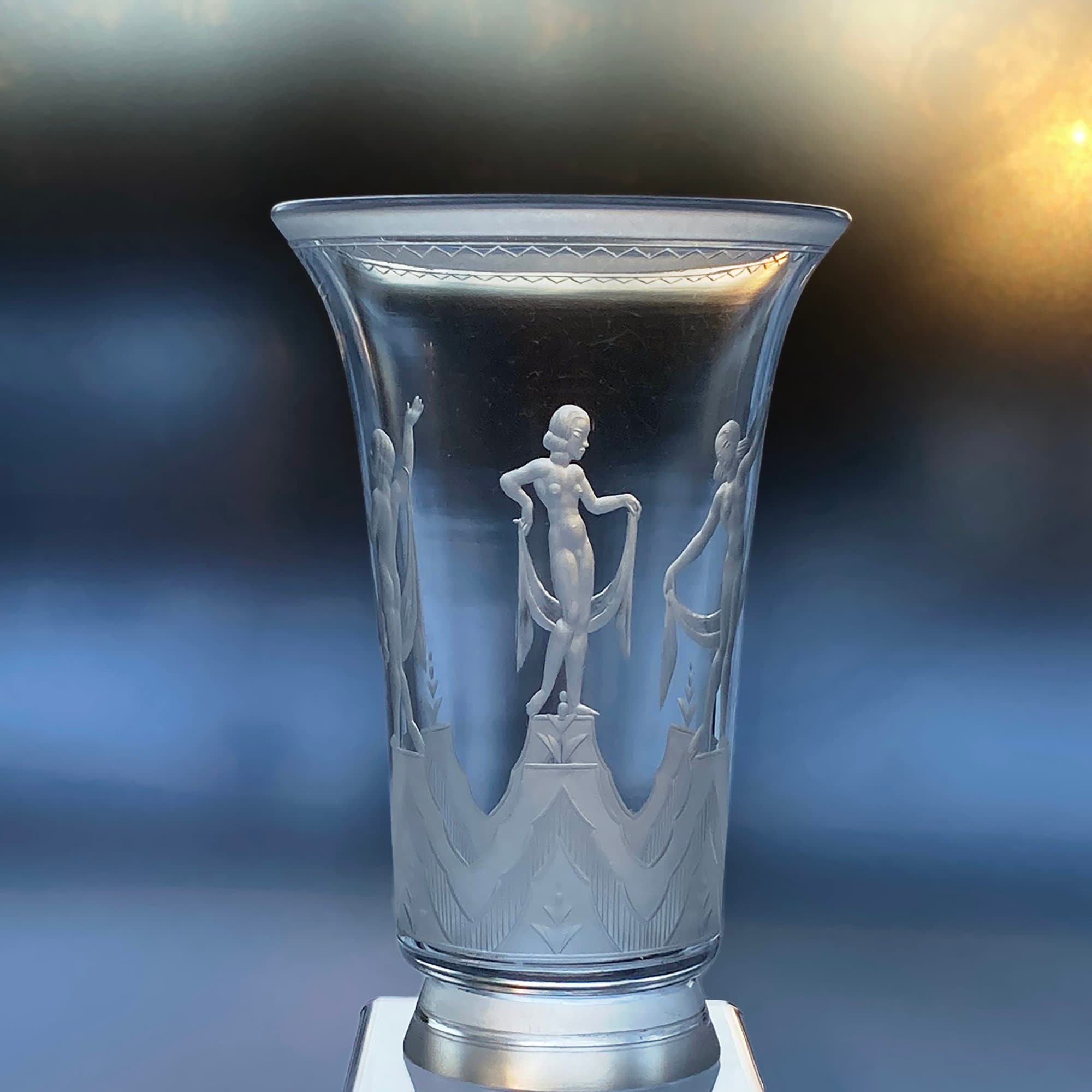 This handblown crystal vase is from Elme, and it is almost certainly engraved by Emil Weidlich, 1895-1986. The motif is very similar to designs Weidlich engraved while working at the side of Simon Gate at Orrefors. It could pass for a Gate design, but the frosted trim at the rim and base are typical of Weidlich's work at Elme. The vase is unmarked, so I shared it with an Orrefors glass group on Facebook. The experts confirmed that it is a Weidlich piece from Elme. It is a medium-sized piece: 4.75" diameter at the rim and 6.5" high, and it weighs almost 2 pounds. It is in truly remarkable condition for its age.

I am fairly certain that the engraver is Emil Weidlich, judging from the style of the figures. Weidlich was educated as a glass "carver" at the Steinschönau Glass School (Kamenický Šenov), founded in the 16th century in the current Czech Republic. He was recruited by Simon Gate, in 1922, to work at the Orrefors glass mill. There he worked closely with Gate for almost a decade. In 1931 he joined Elme Glasbruk as a leader of an engraving workshop and remained there until 1942. He executed his own engravings on his own models, but also engravings of former designers, such as Edvin Ollers. In 1942, he started his own company, Värends Konstglas, at which he worked until the age of 85. The business was located in Älmhult, Sweden.