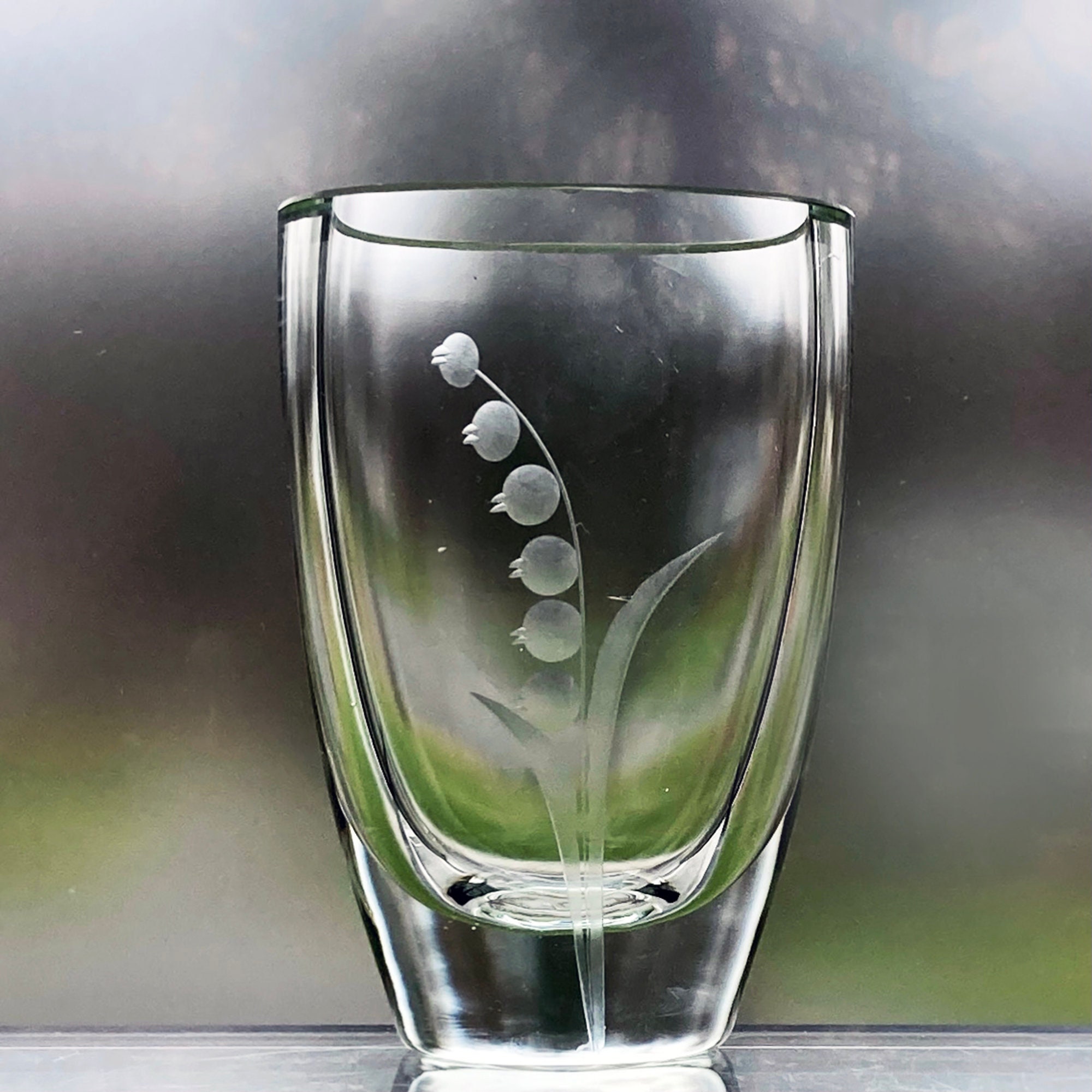 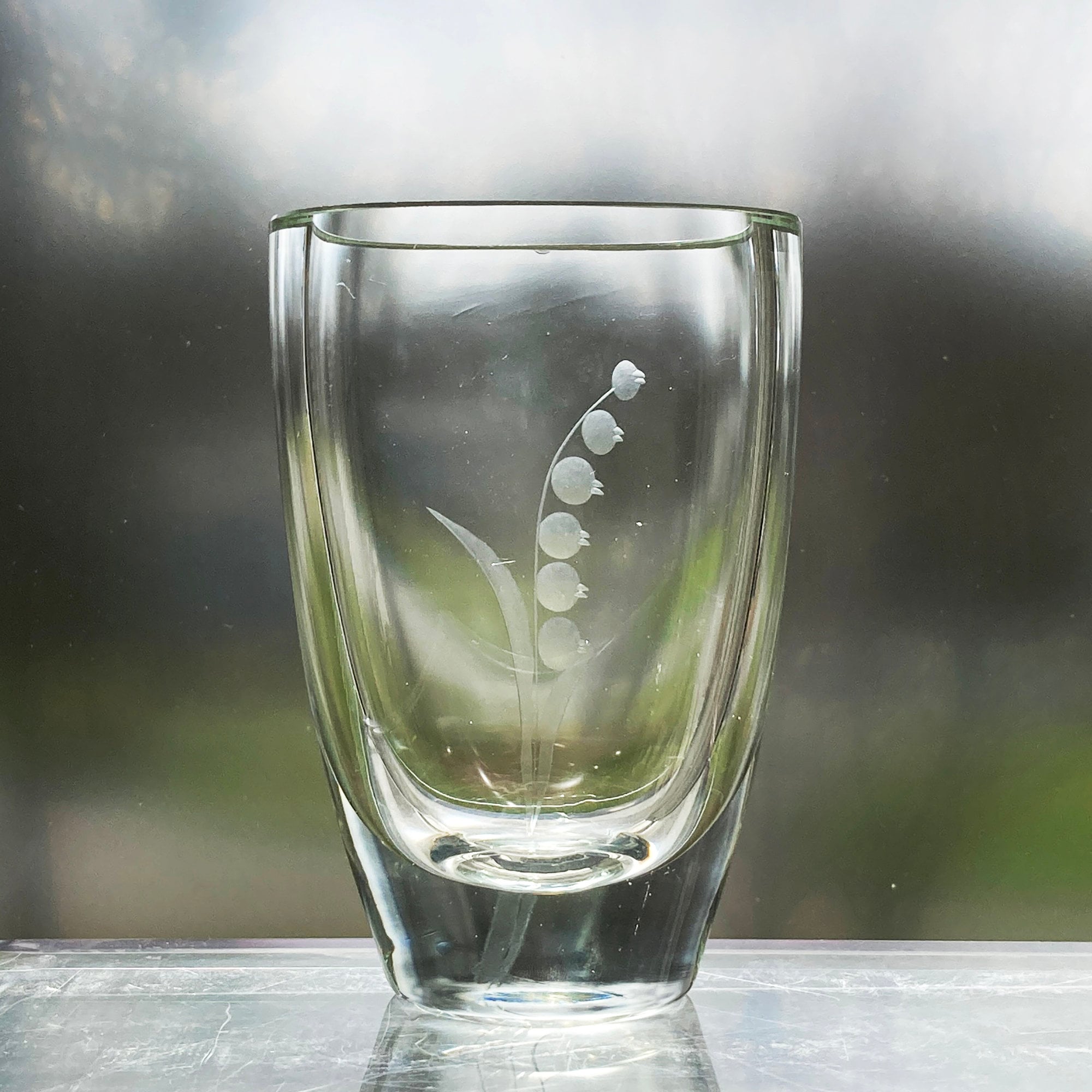 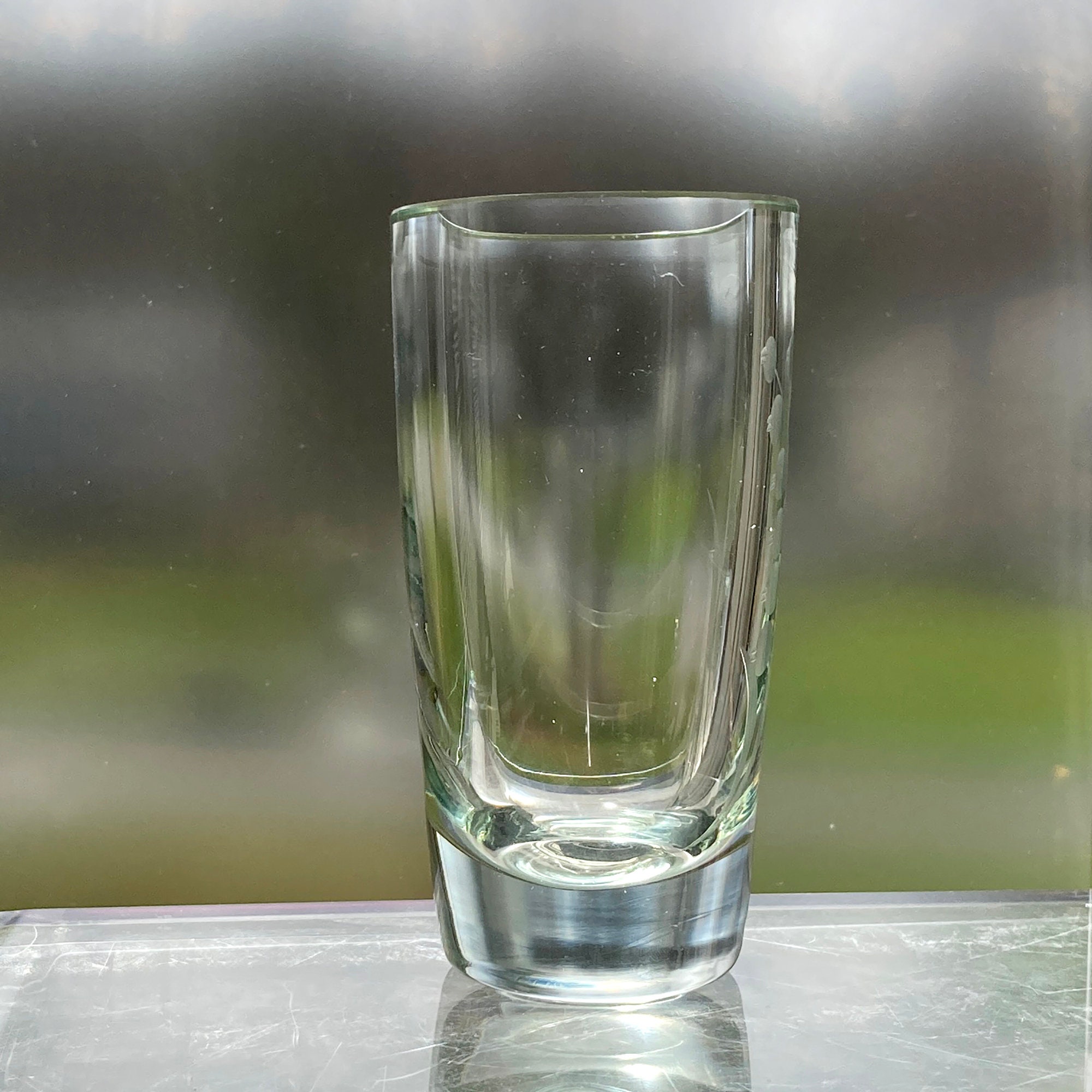 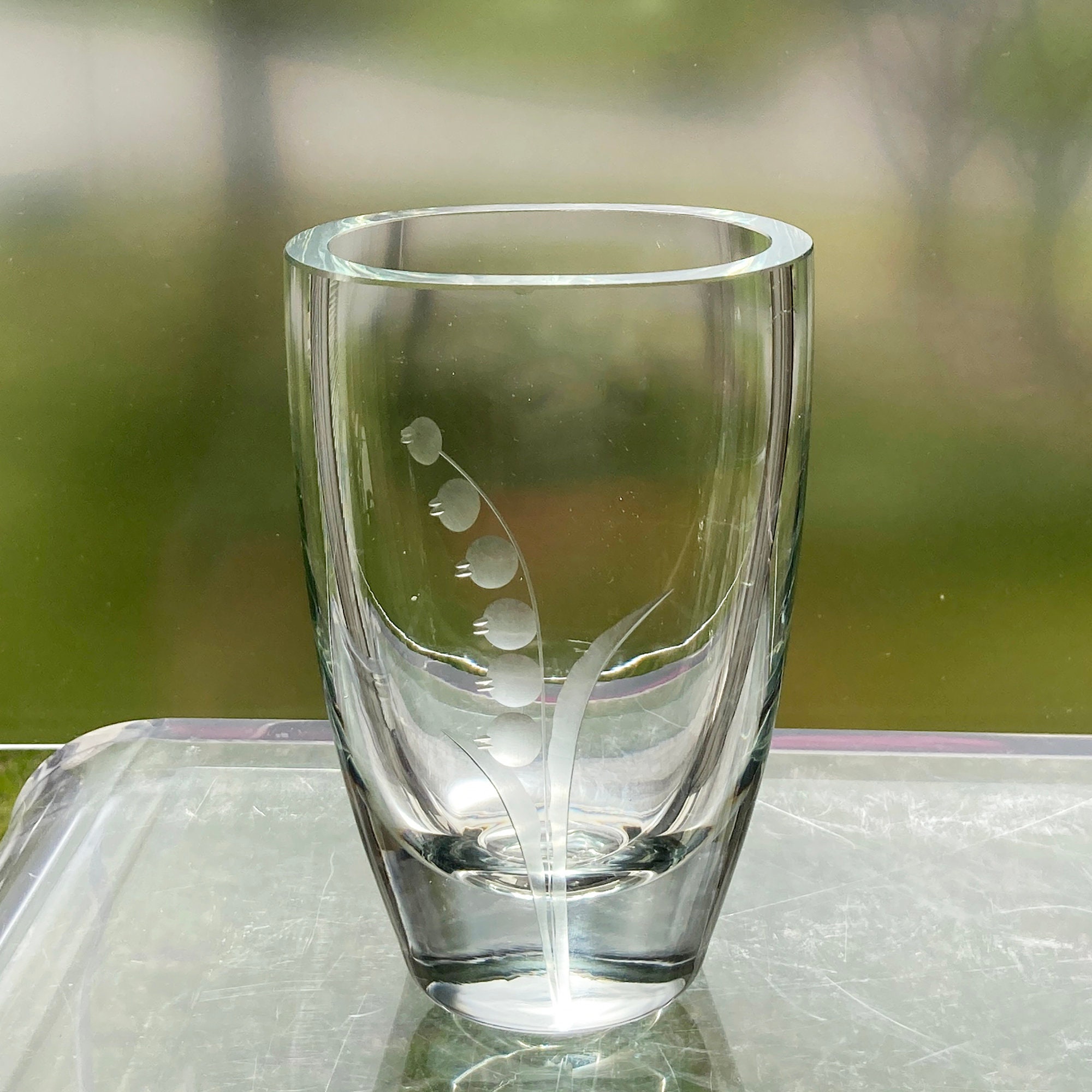 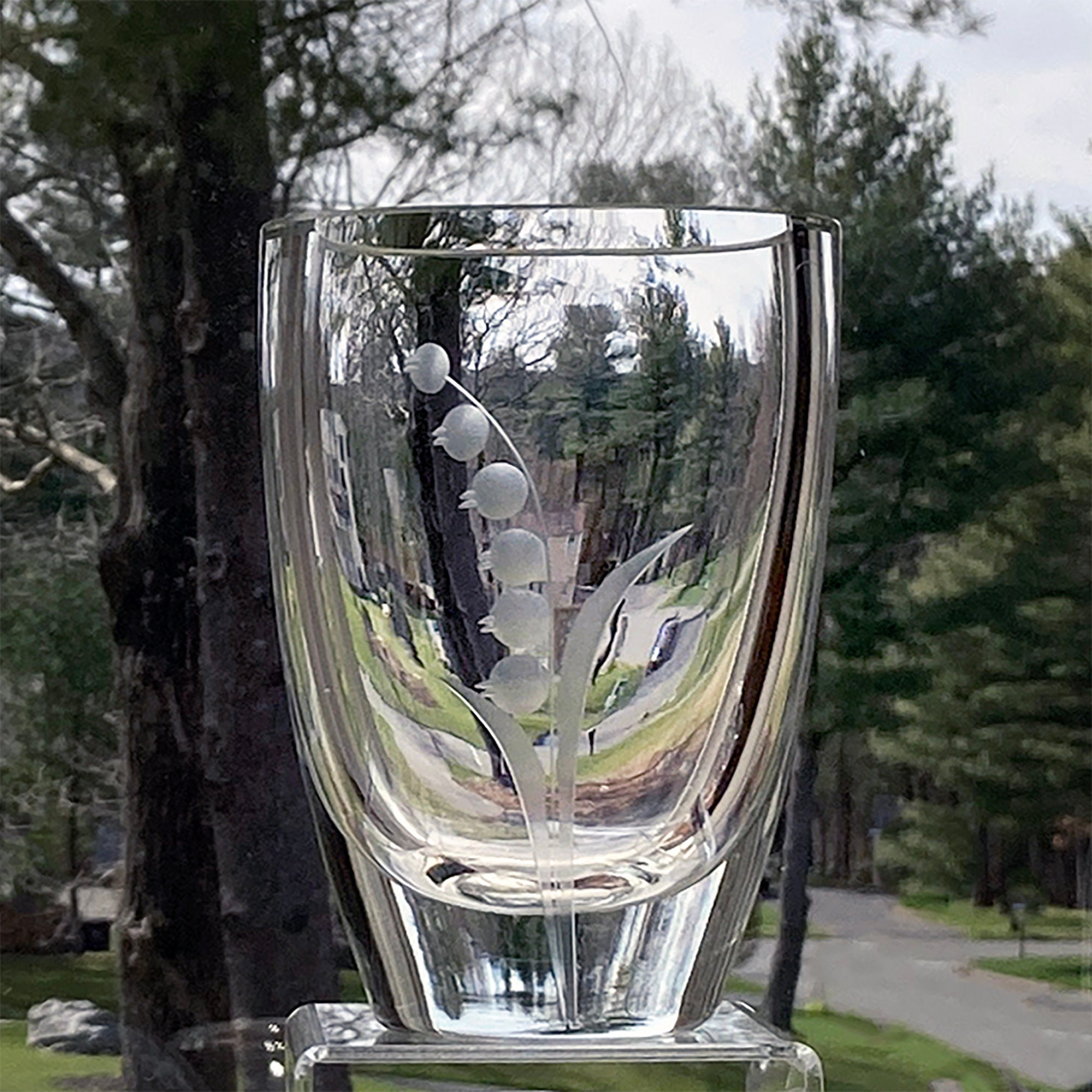 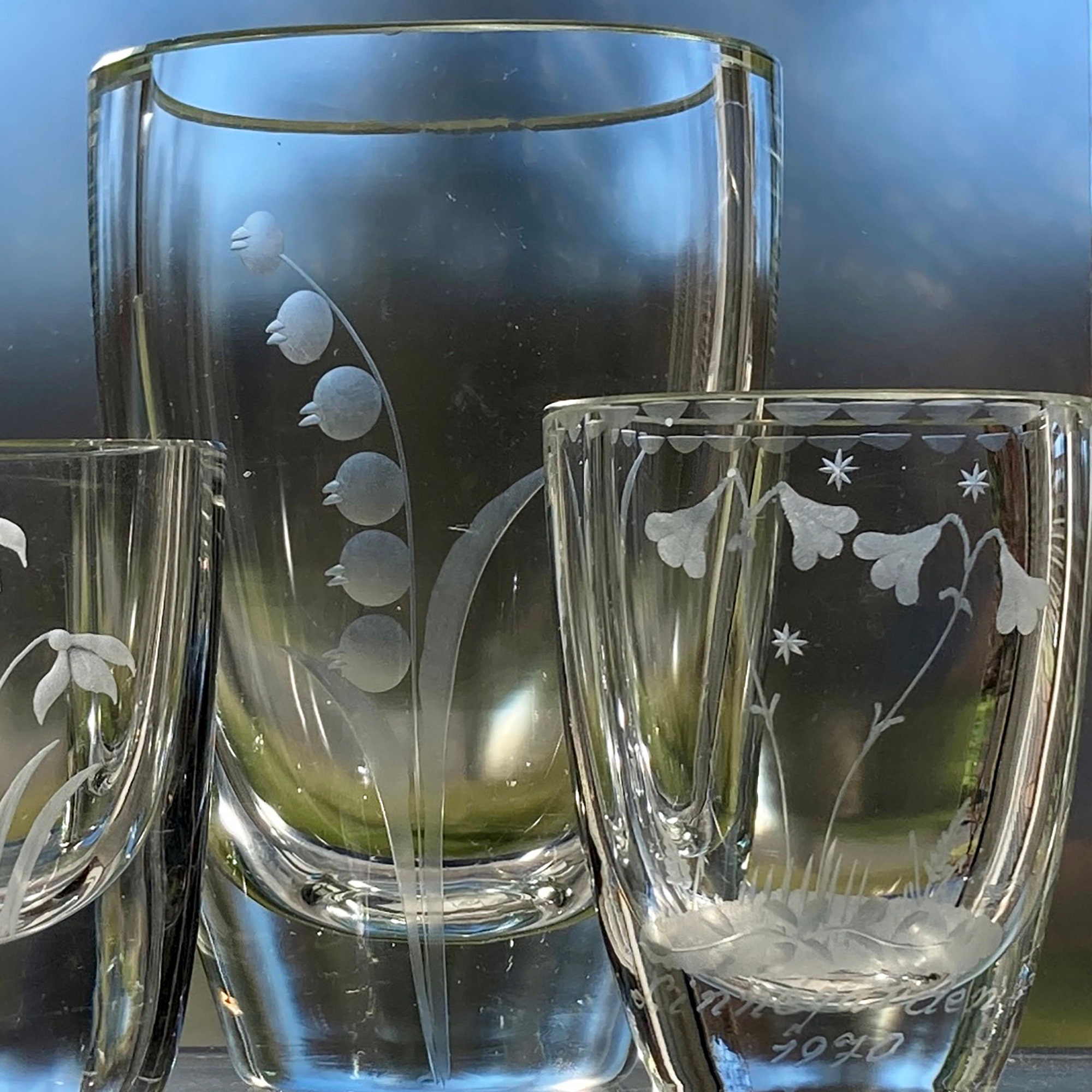 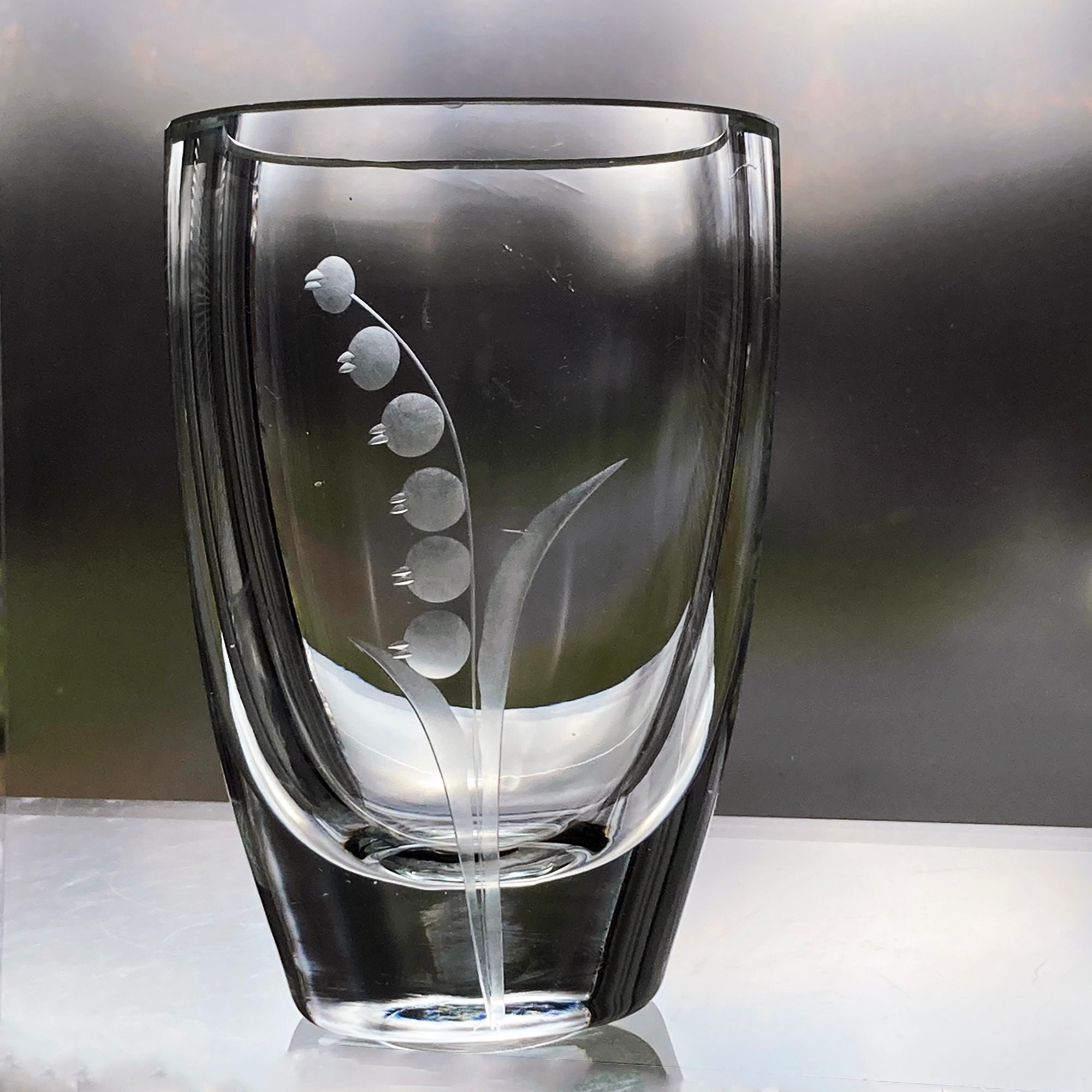 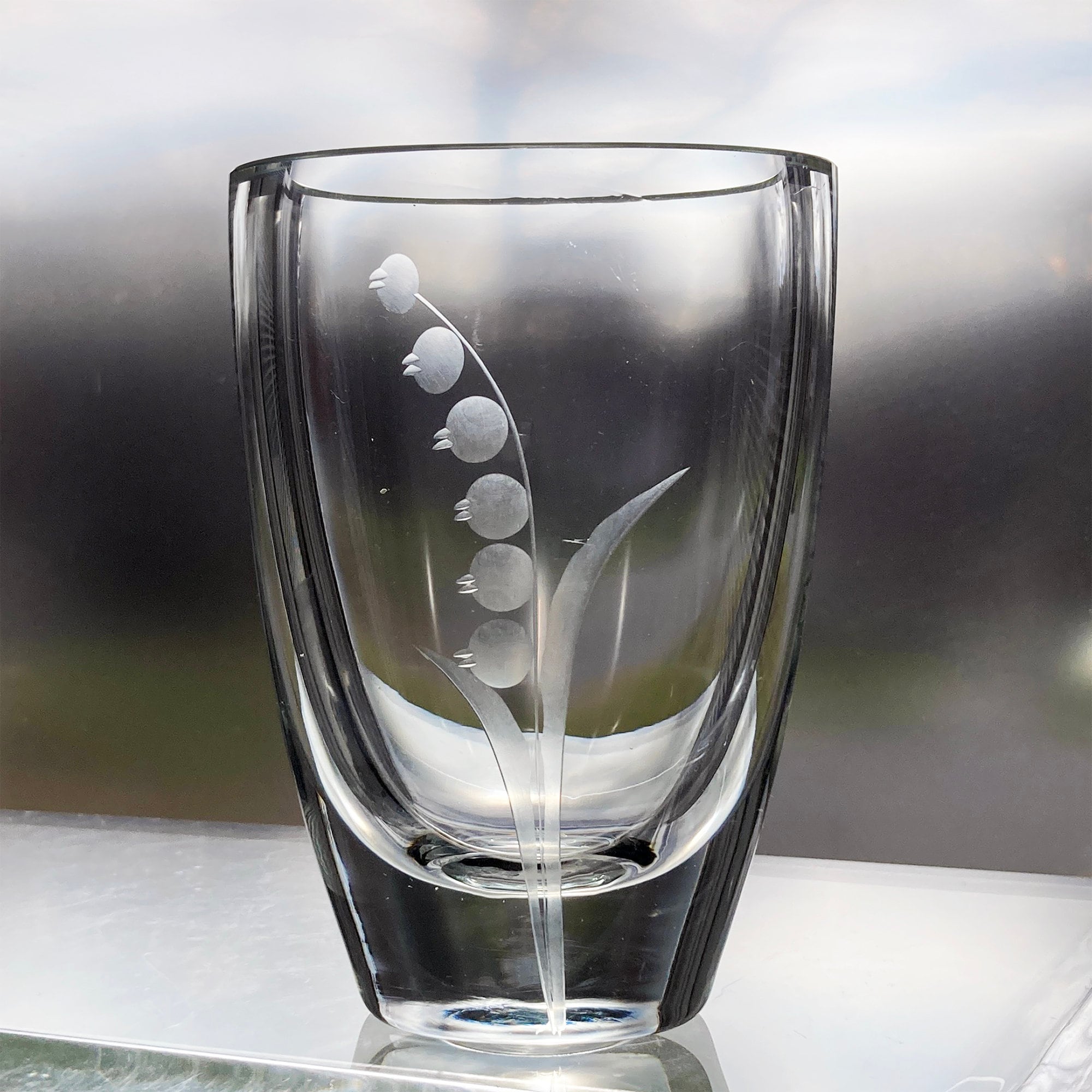 This vase was likely made at Ekenäs Glassworks, designed by John Orwar Lake and engraved by Gert Claesson, who was a craftsman at Ekenäs for many years. It is an artist's representation of Lily of the Valley, one of the many wildflowers that are special to the people of Sweden. This is the official flower of the province of Gästrikland, and they are known as Liljekonvalj locally.

This piece was probably made in the in the late 60s or early 70s; while Lake was artistic director at Ekenäs. The vase is a perfect size for displaying on a shelf or in a cabinet; it is about 4.5" and weighs just over a pound. The lilies are nicely engraved with the traditional copper-wheel engraving method. There is a tiny dip in the rim, made during the manufacturing process, but it is barely noticeable.