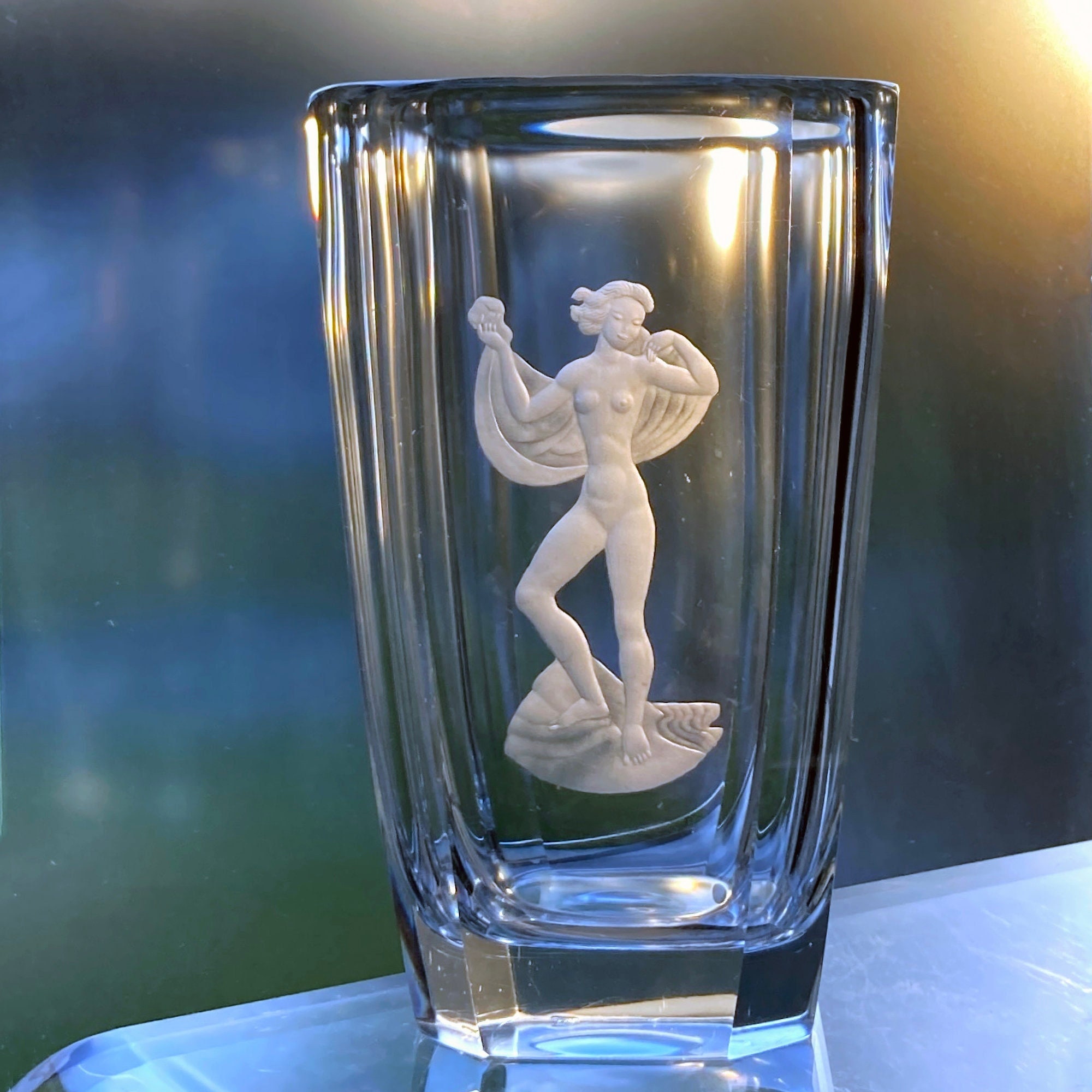 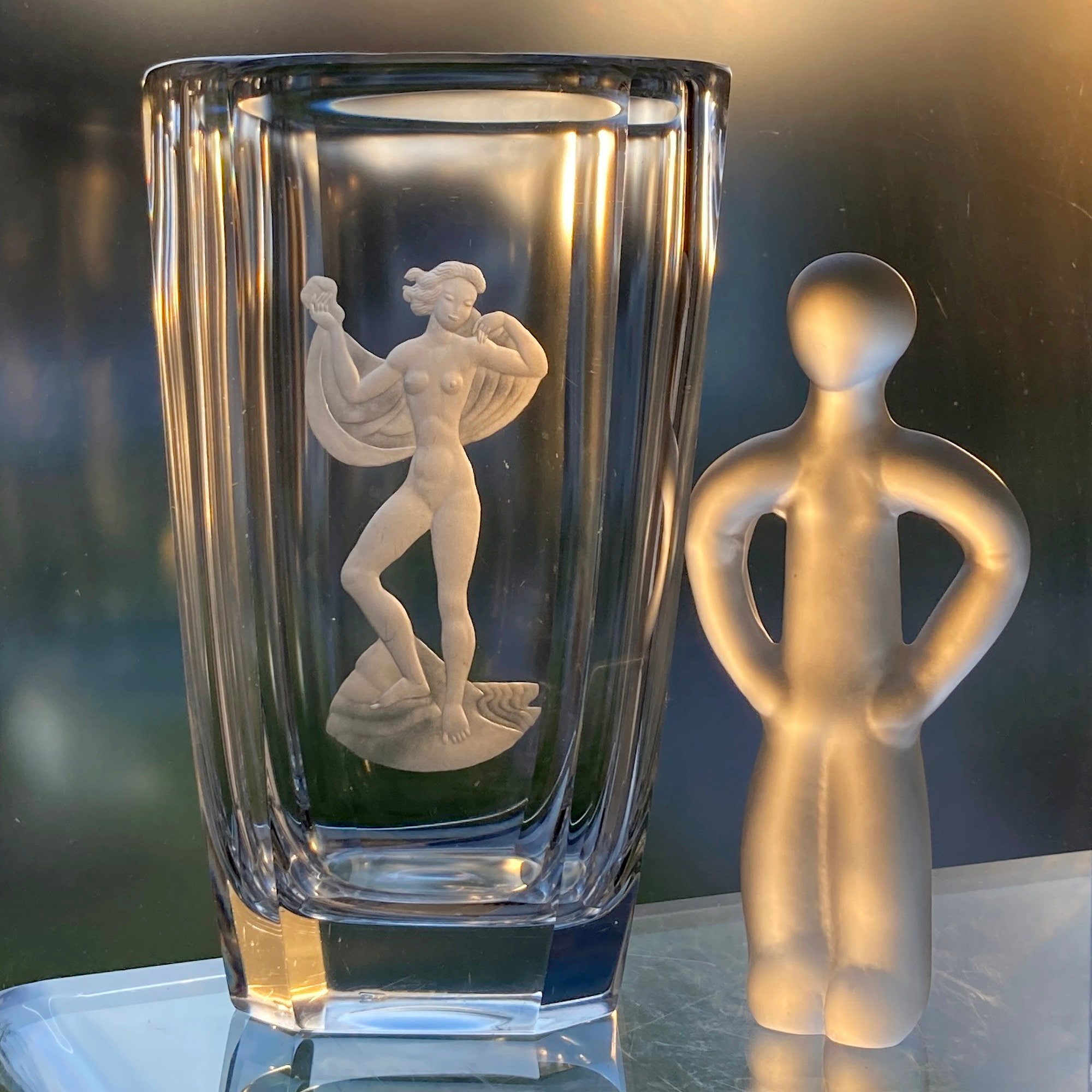 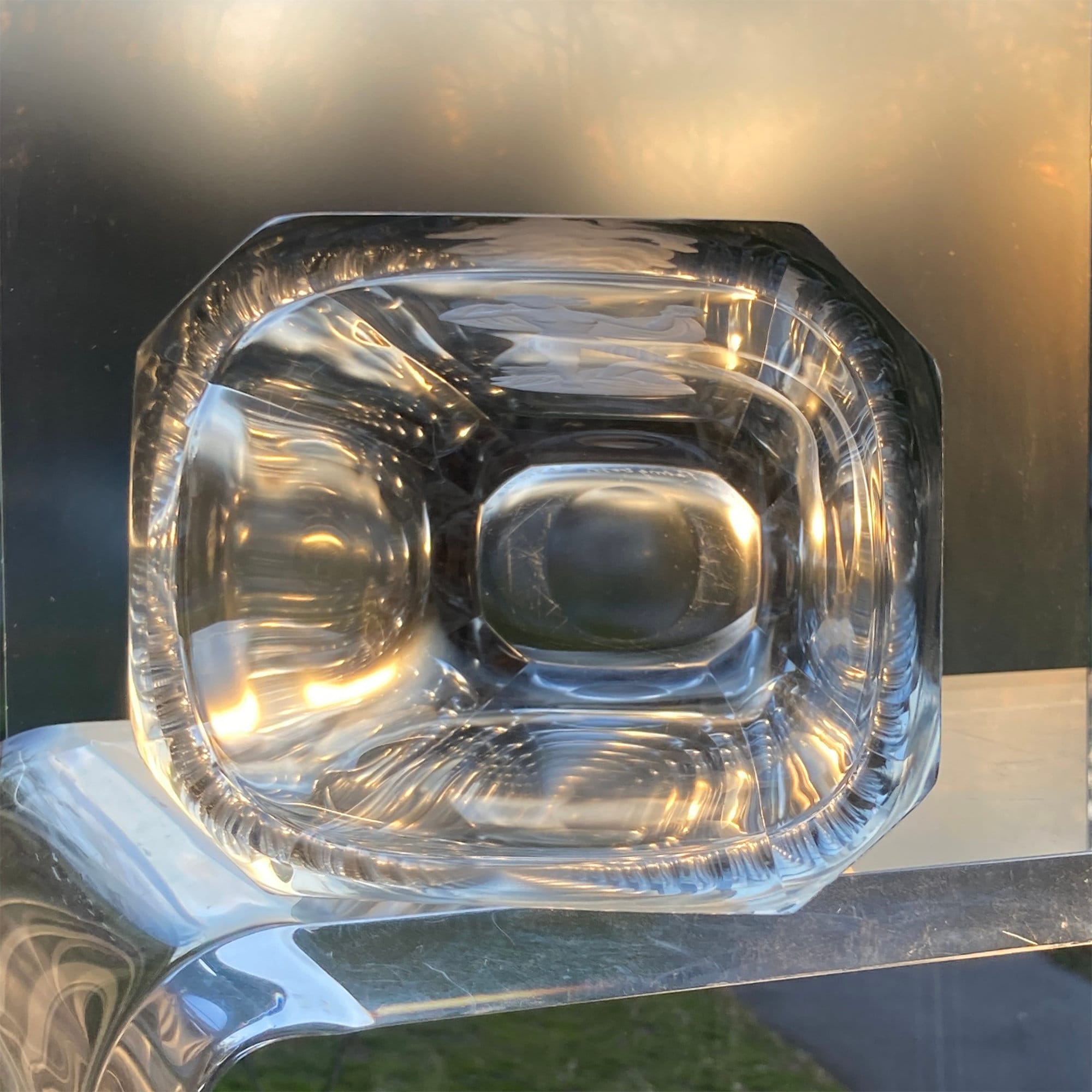 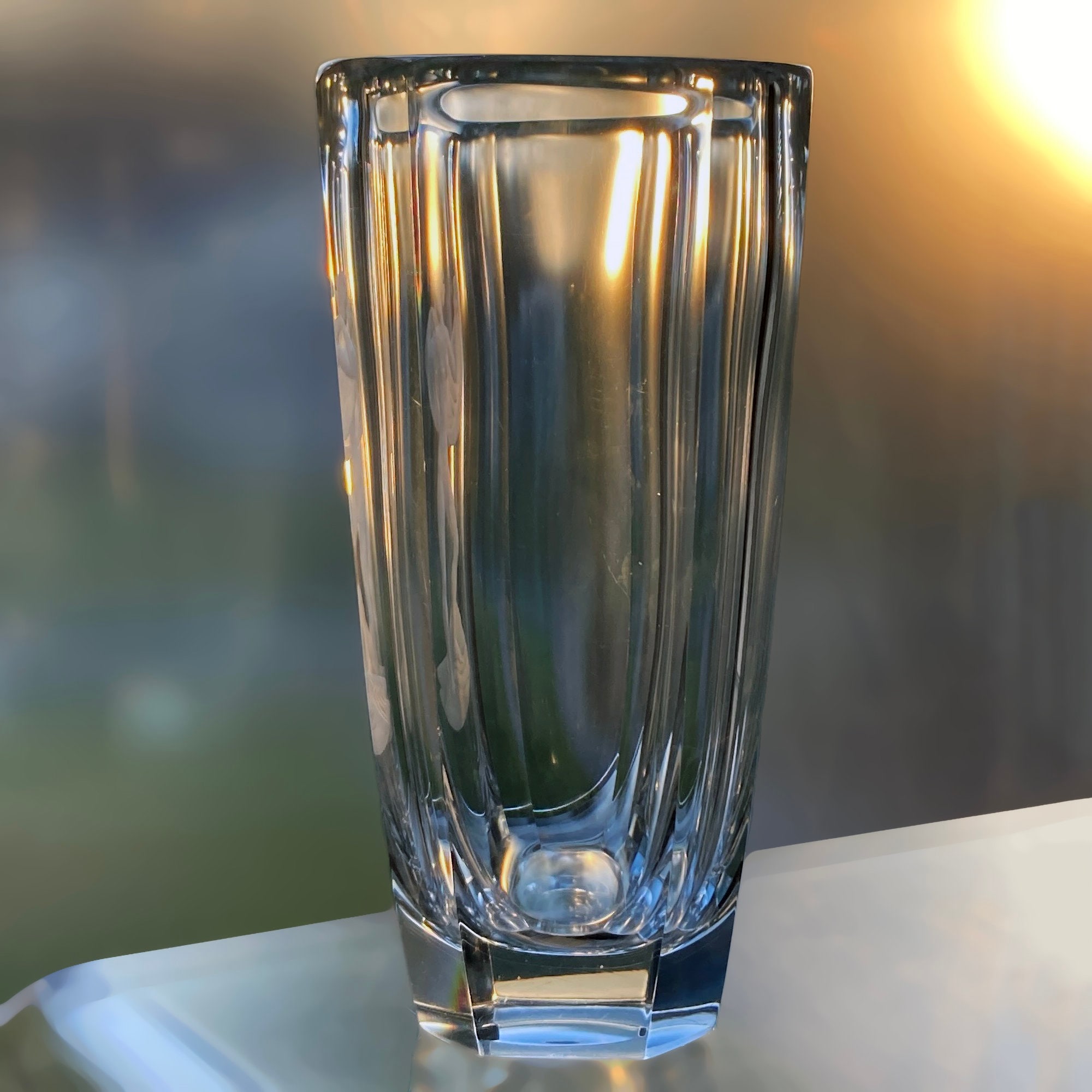 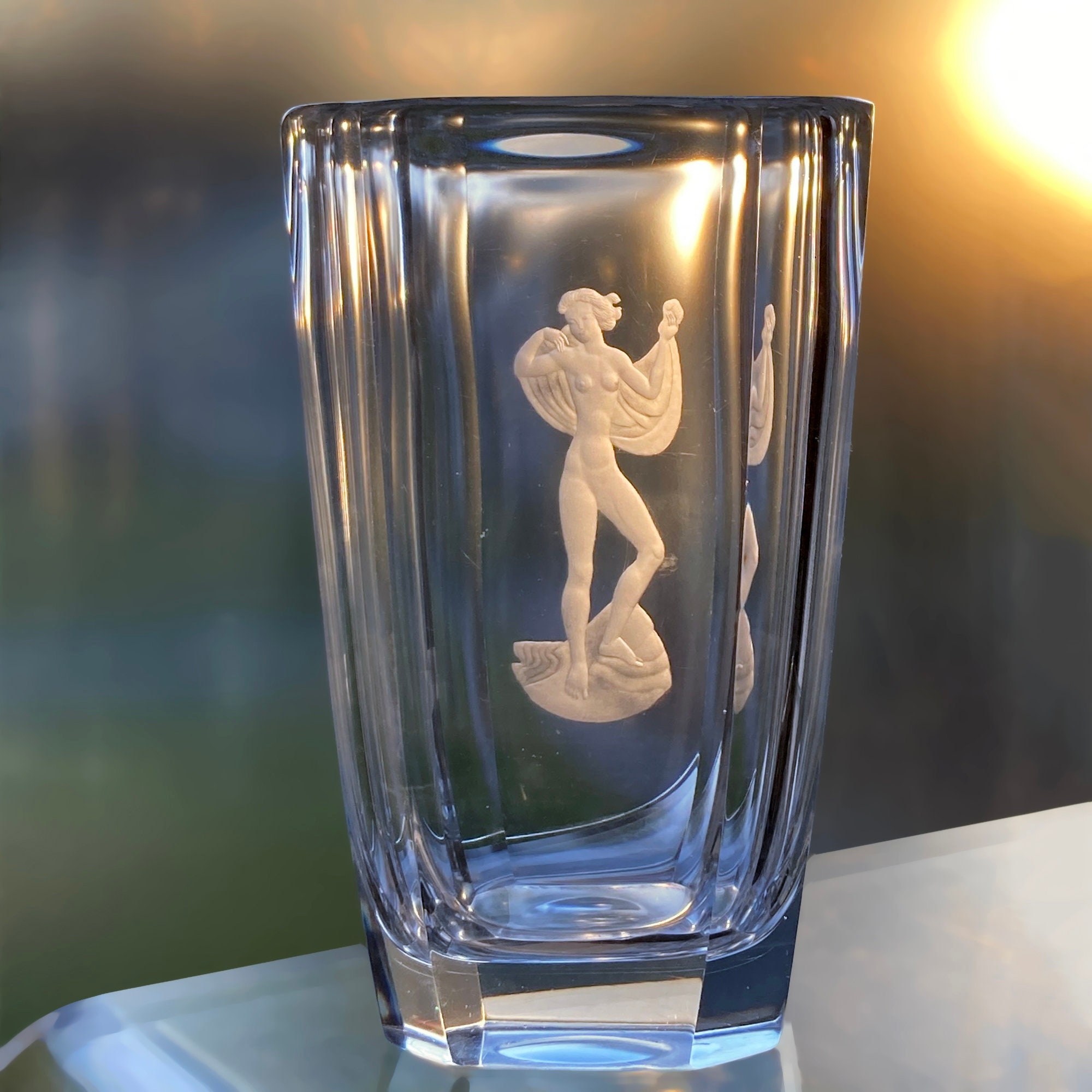 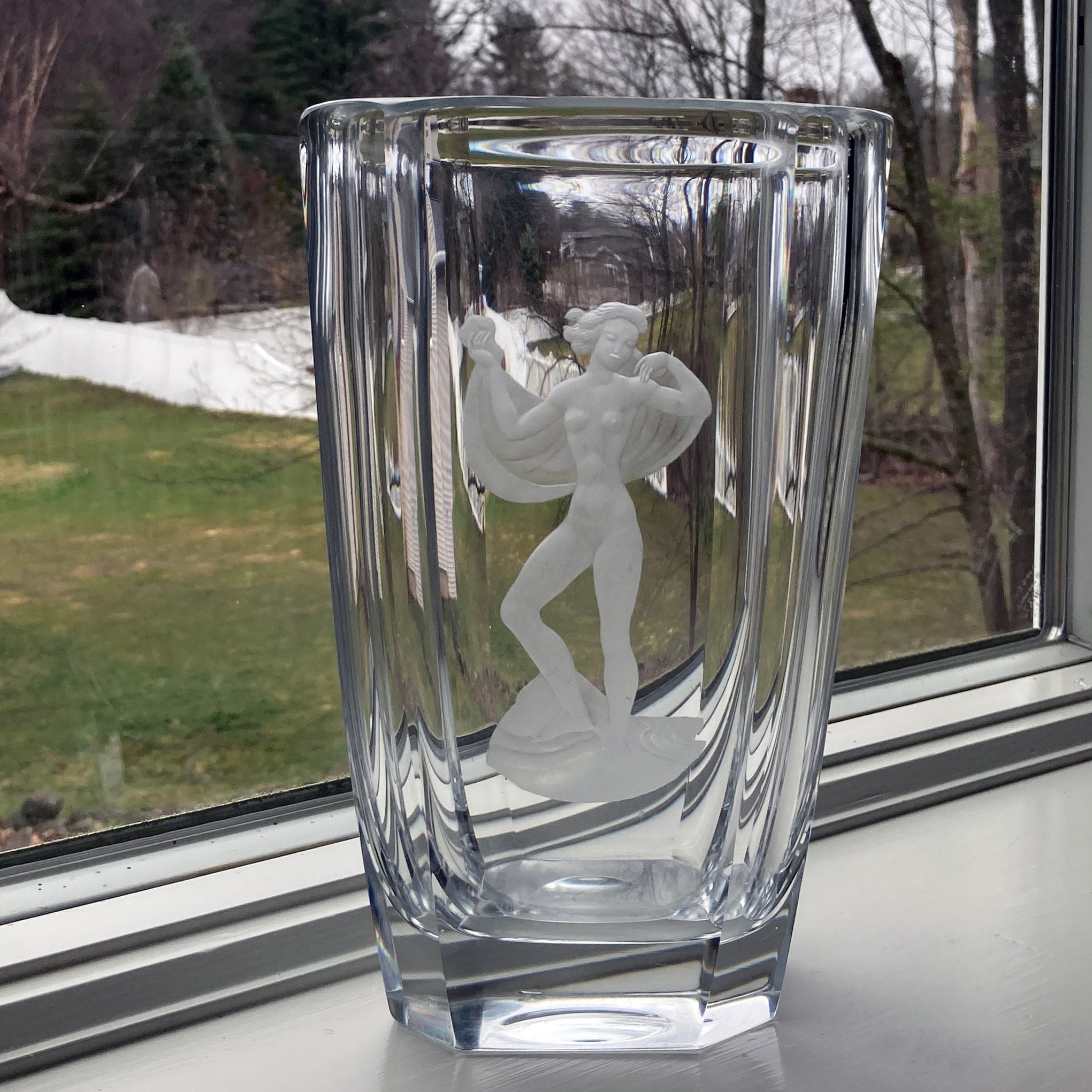 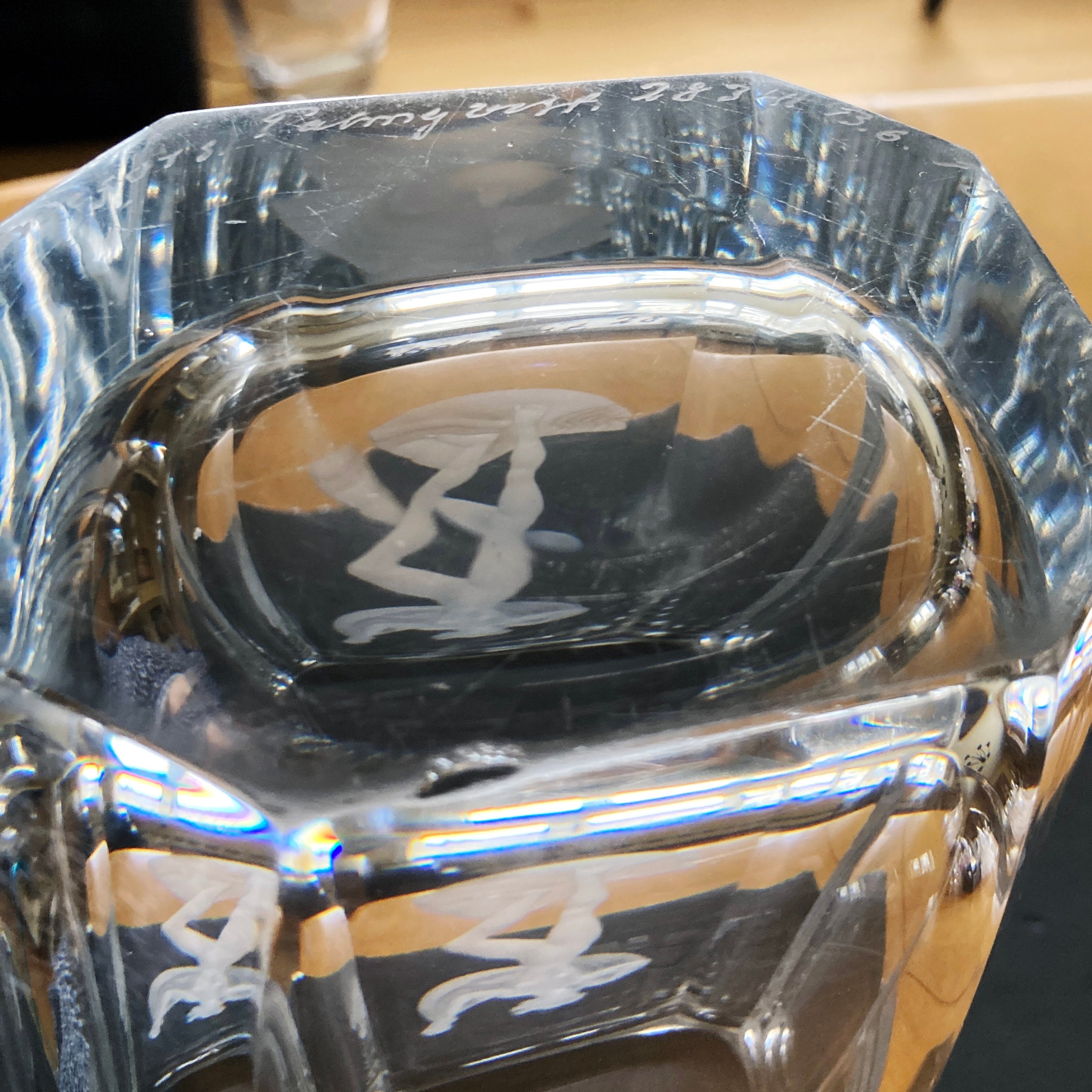 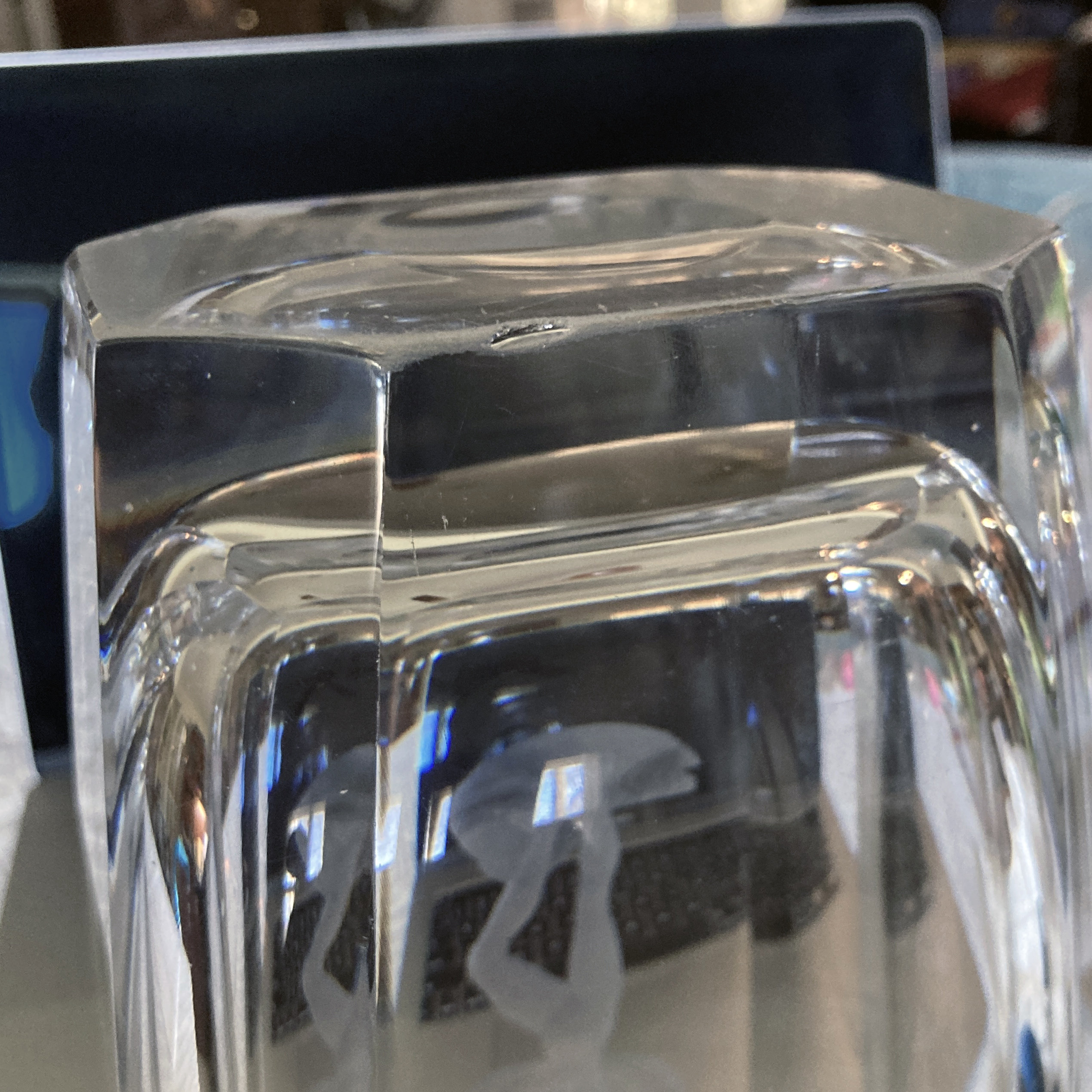 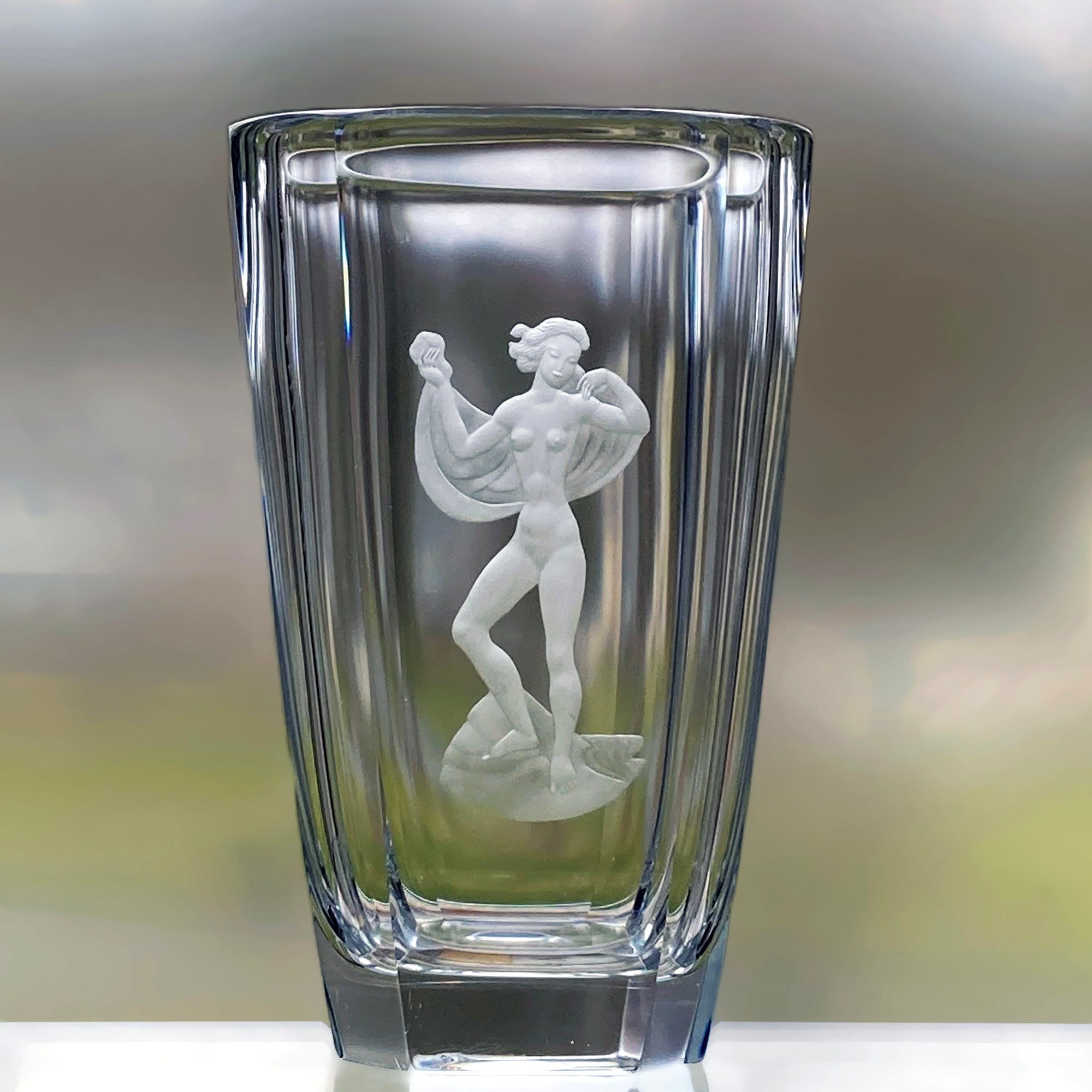 Sven Palmqvist designed this stunning crystal vase for Orrefors Glassworks in Sweden. It is handblown, hand-faceted, and copper-wheel engraved. The heavy glass of the base anchors both the vase and the woman.

This is a large vase, 4.5" by 6" across and 9.5" tall, and it's heavy, weighing nearly six pounds. The design code 2834 tells me it was designed in 1943, and the date code B6 means that this particular piece was made in 1949. The initials TS stand for the engraver, Thure Schultzberg – 1926-1956 at Orrefors. There is one shallow chip on the back edge of the base which has been filed lightly (not by me). It is hardly noticeable and hard to catch in a photo.