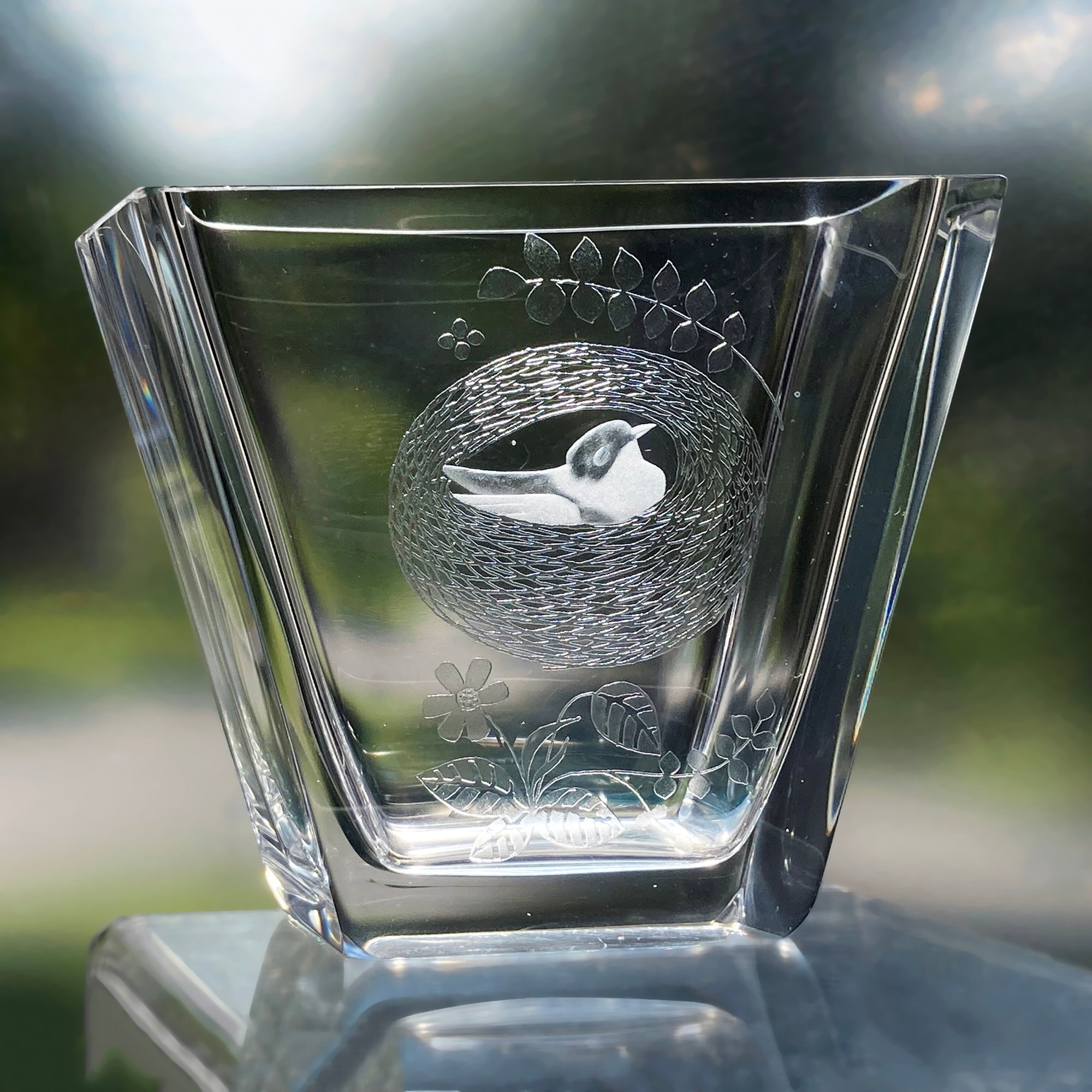 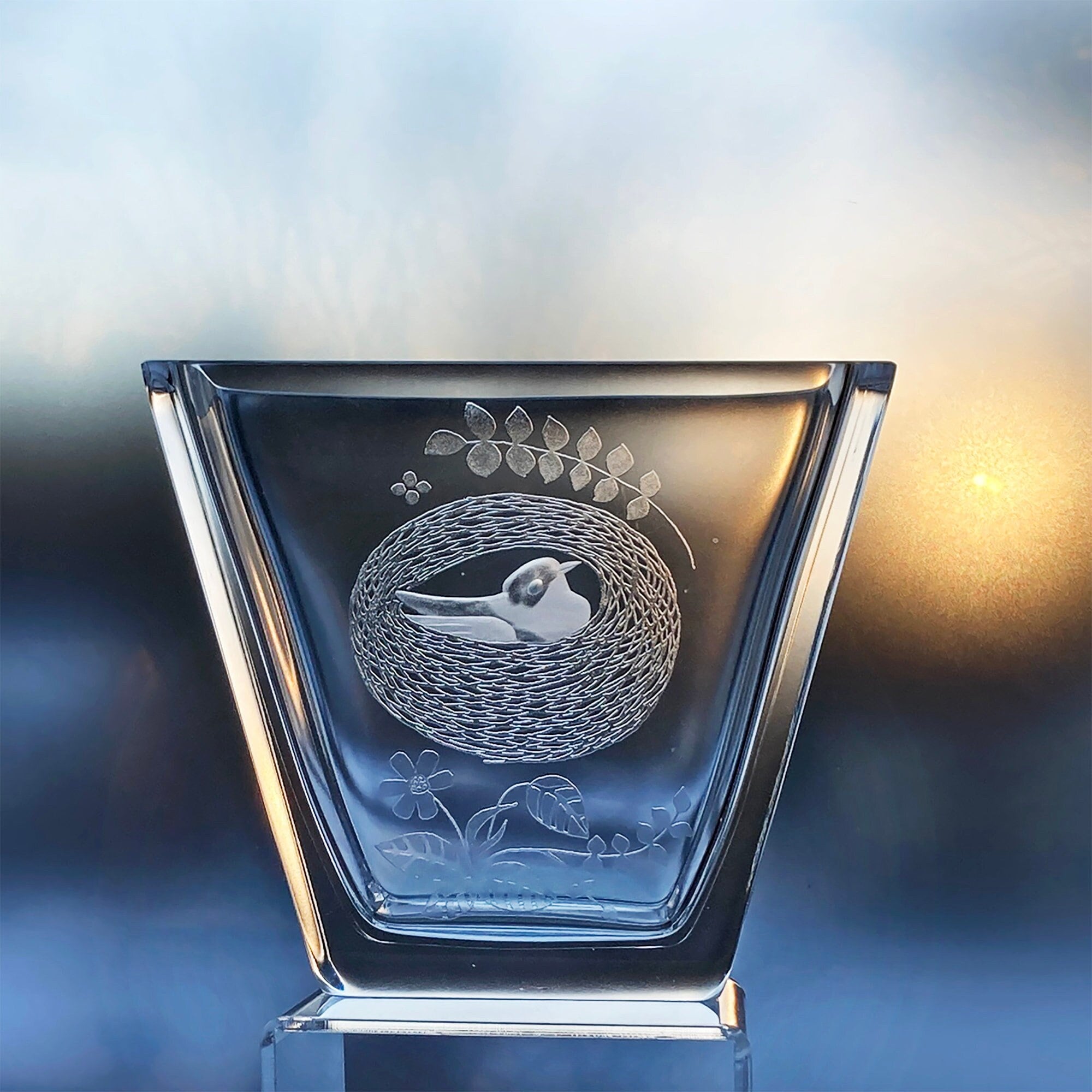 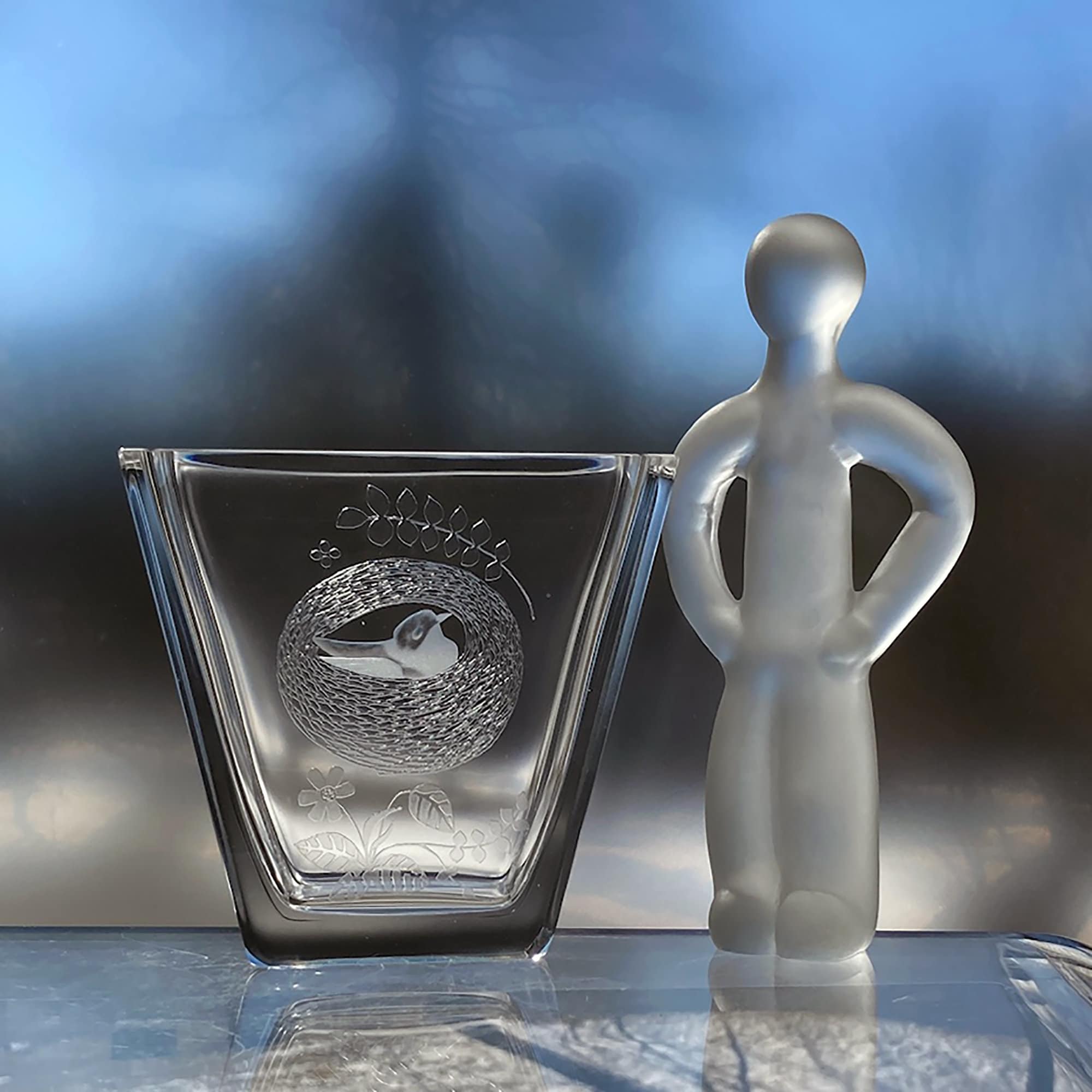 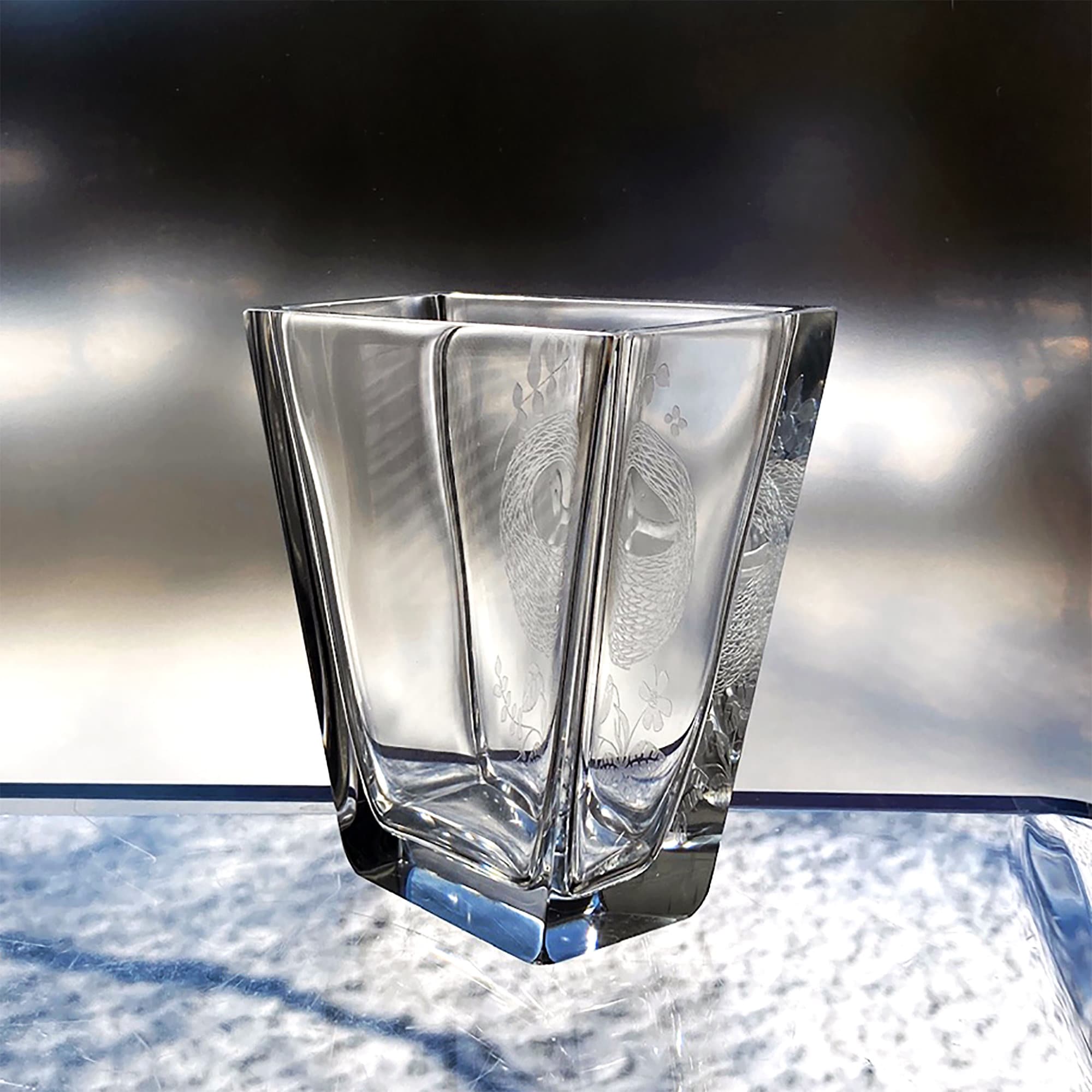 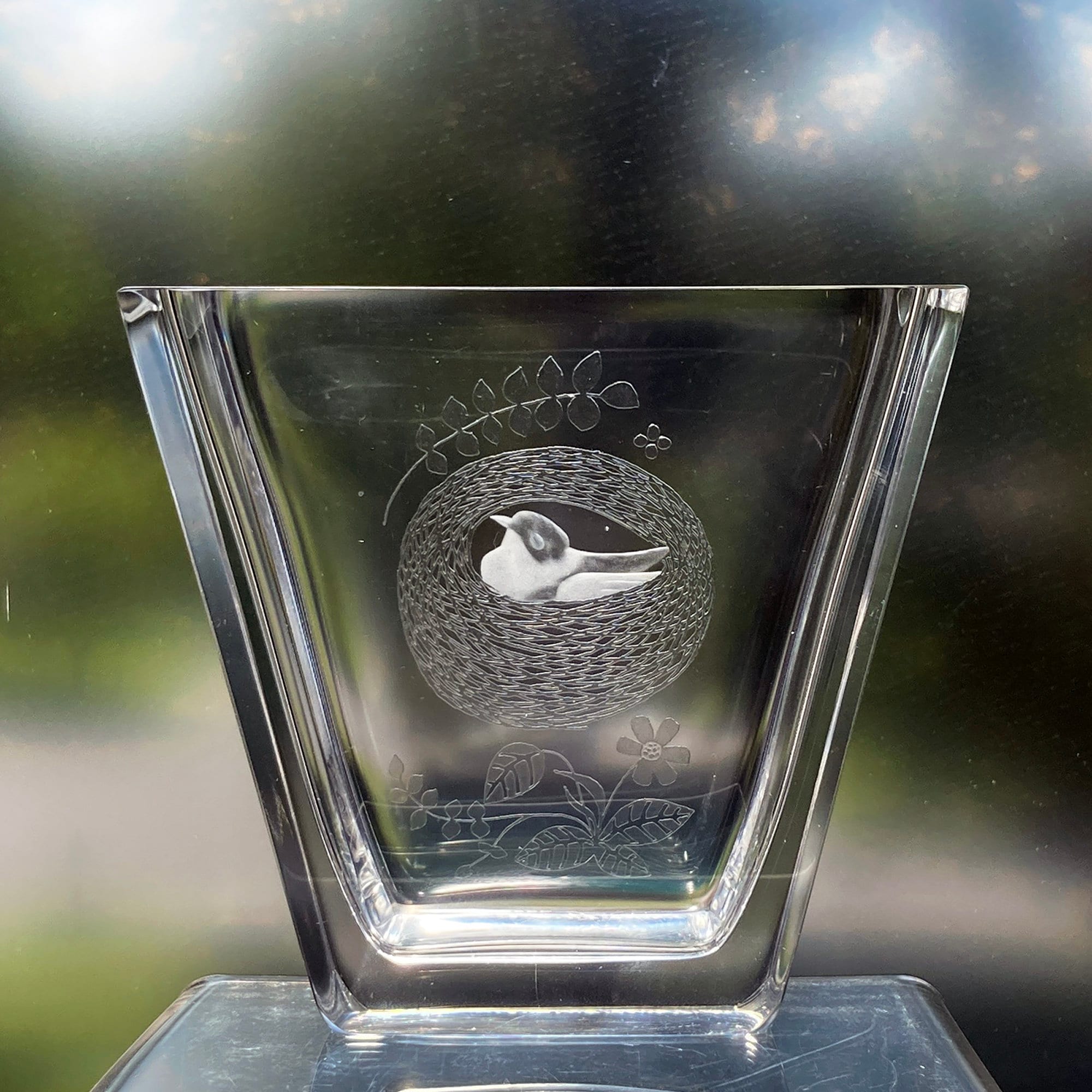 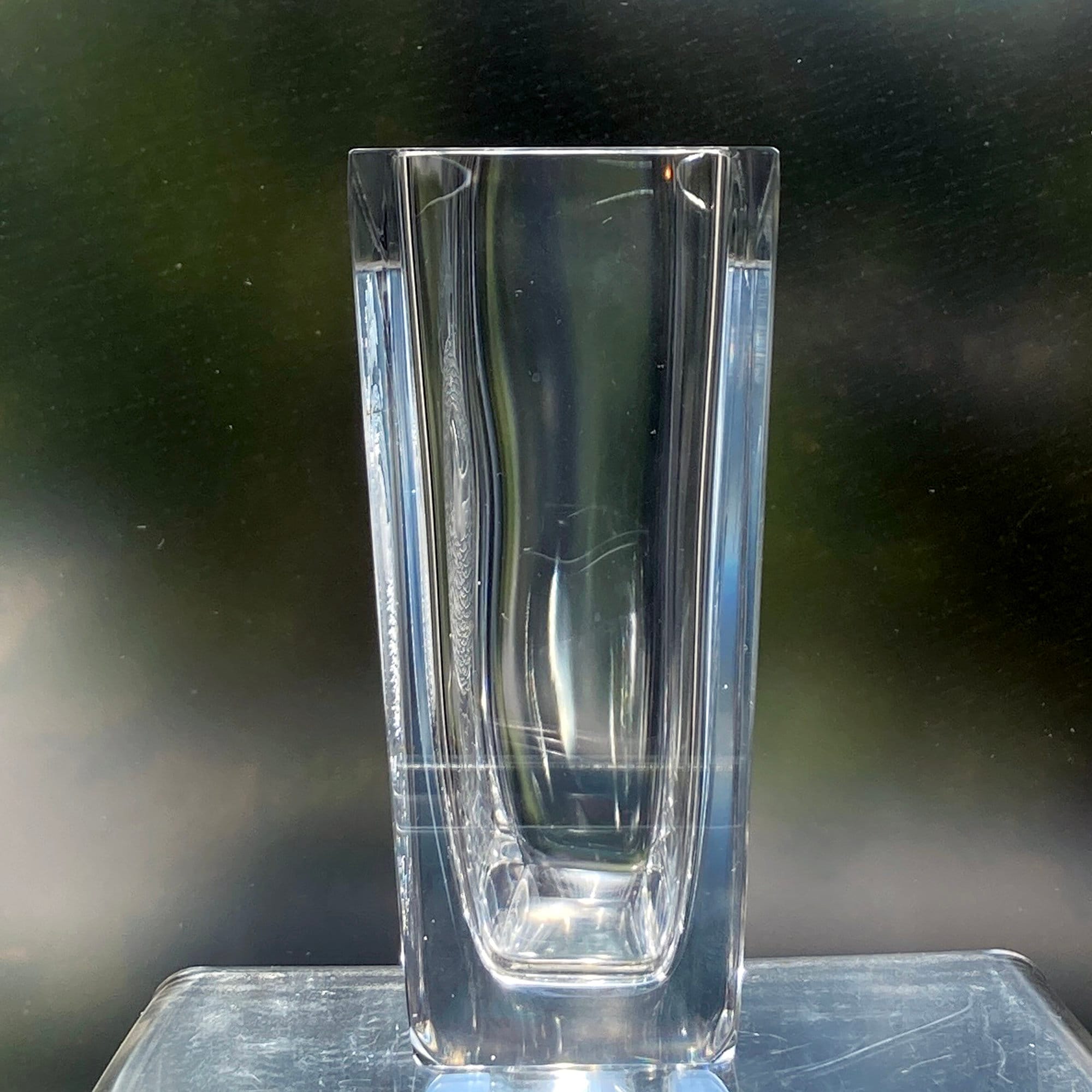 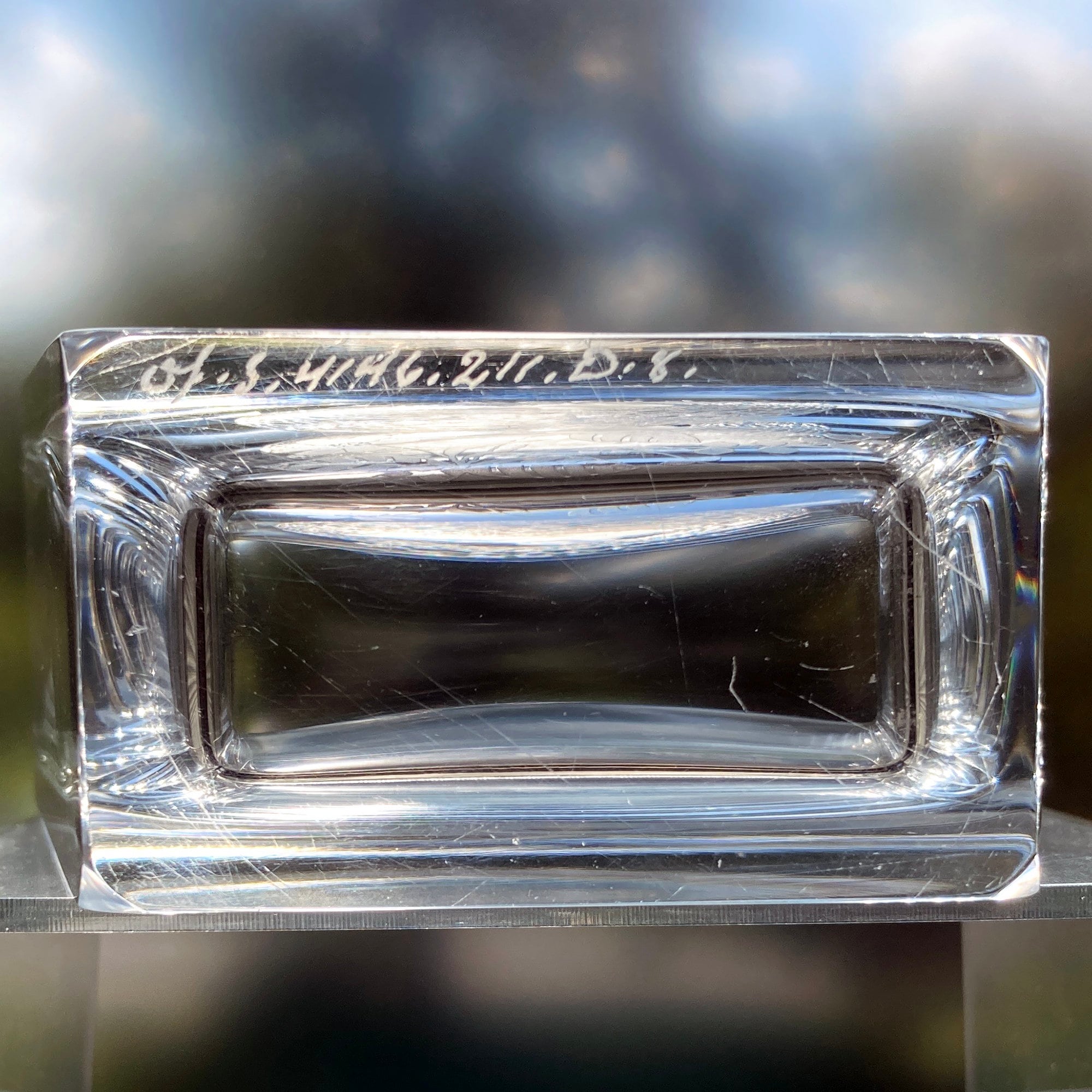 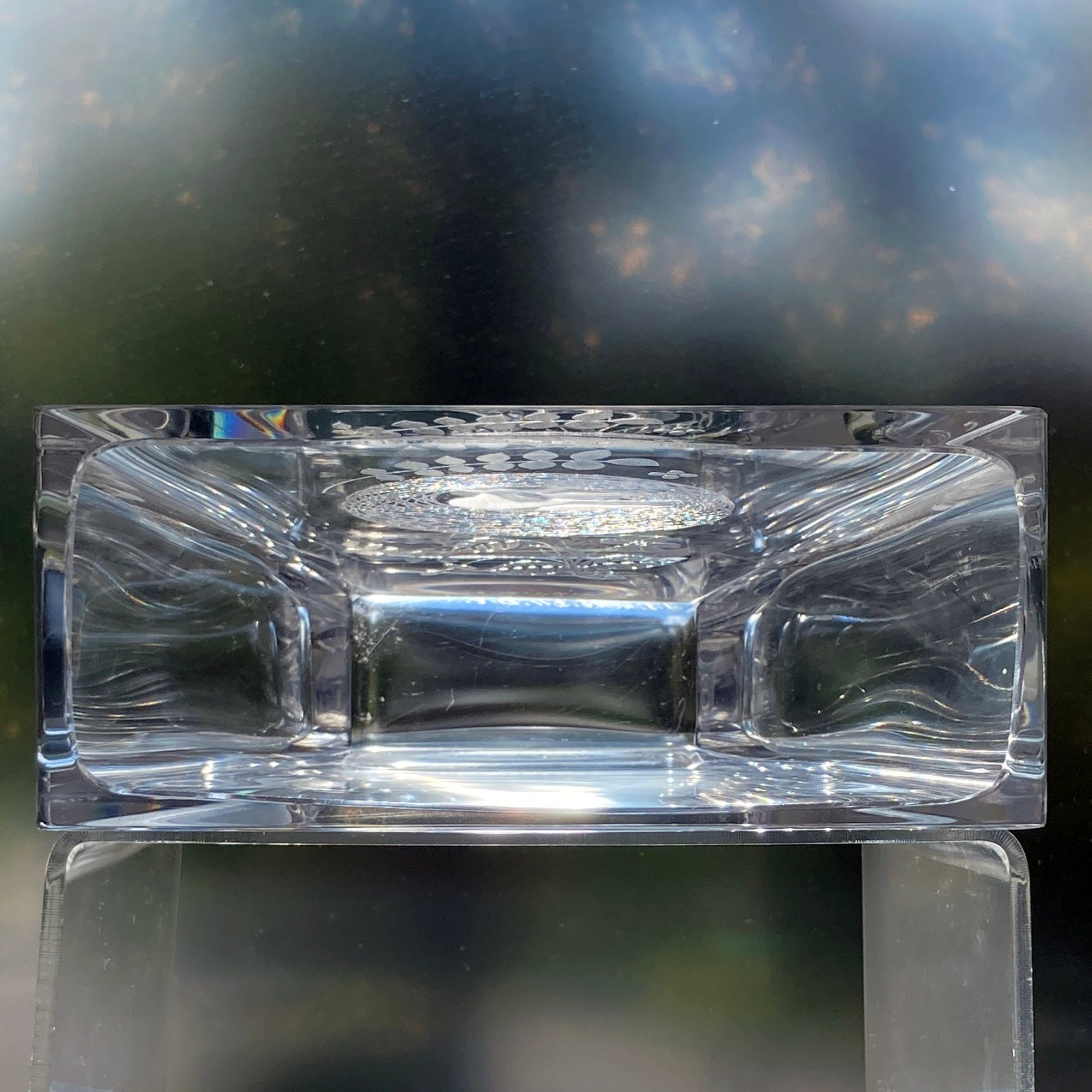 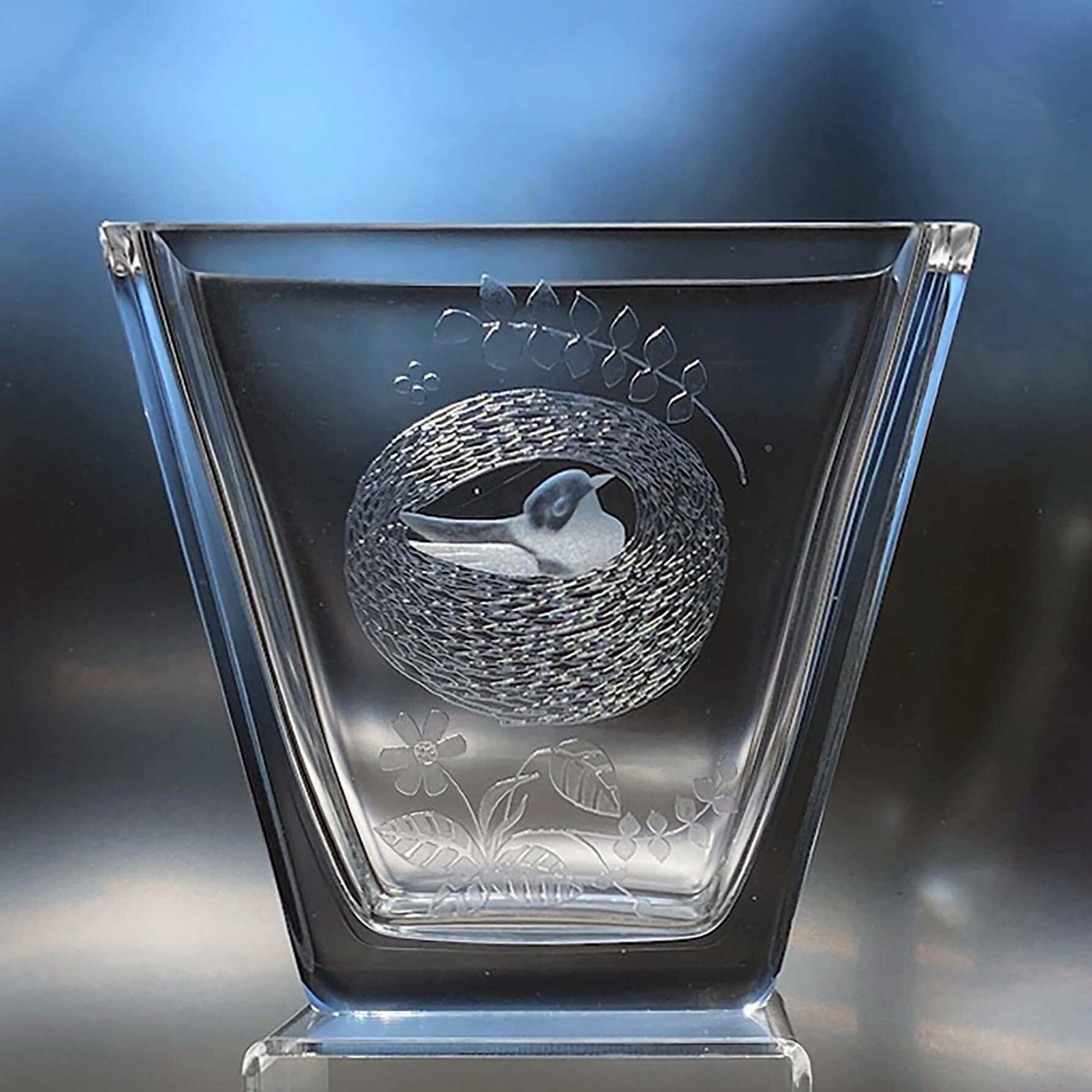 John Selbing, artist and long-time Orrefors photographer, designed this charming vase and image of a nesting bird, perhaps a Lövsångare (Leaf Warbler). He used his patented technique, photo etching, to create the nest and foliage, and traditional engraving to add the bird. The codes engraved on the bottom of this piece tell it was made in 1969. It's a small piece, measuring about 5.5" x 2.5" x 5"H and weighing almost two pounds. It hardly shows its age - the condition is very good.

John Selbing worked for Orrefors for his whole career, from 1927 to 1973. He is responsible for many of the photographs you see in the books and catalogs of wonderful Orrefors glass.